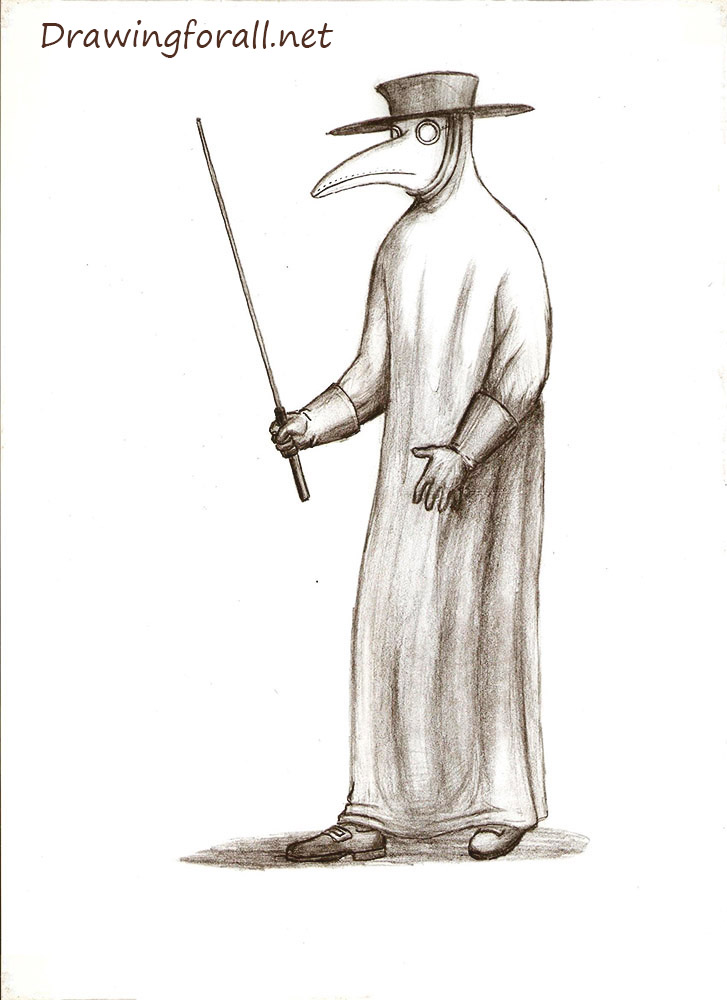 Hello everybody! We welcome you to drawingforall.net. Today, our team has prepared for you a very bright and interesting character. Formally, this character was a doctor. But with modern doctors he had little in common. And as you guessed, today we will learn how to draw a Plague Doctor. Plague doctor appeared in the Middle Ages, during the plague – in an era when most formidable weapons were arrows, the only source of knowledge was a book and the only light source was torches and candles.

We will draw Plague Doctor in the style of medieval engravings. First draw an oval for the head. Sketch the torso in the form of a rectangle. Outline the hands and legs. We want to notice, that in the first steps you should not press down on a pencil too hard. 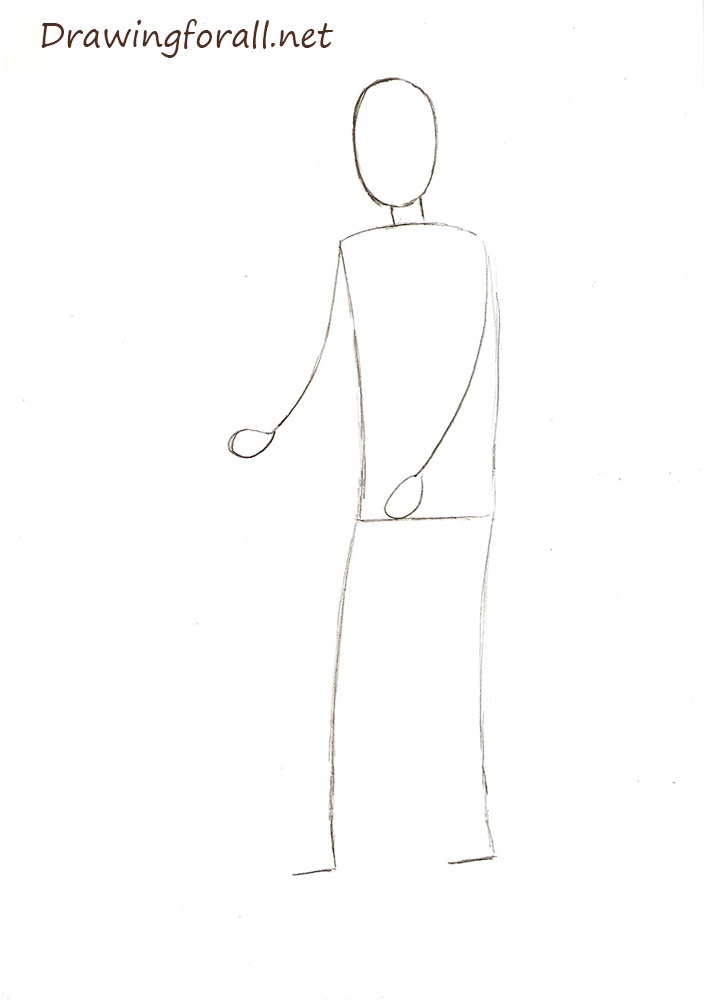 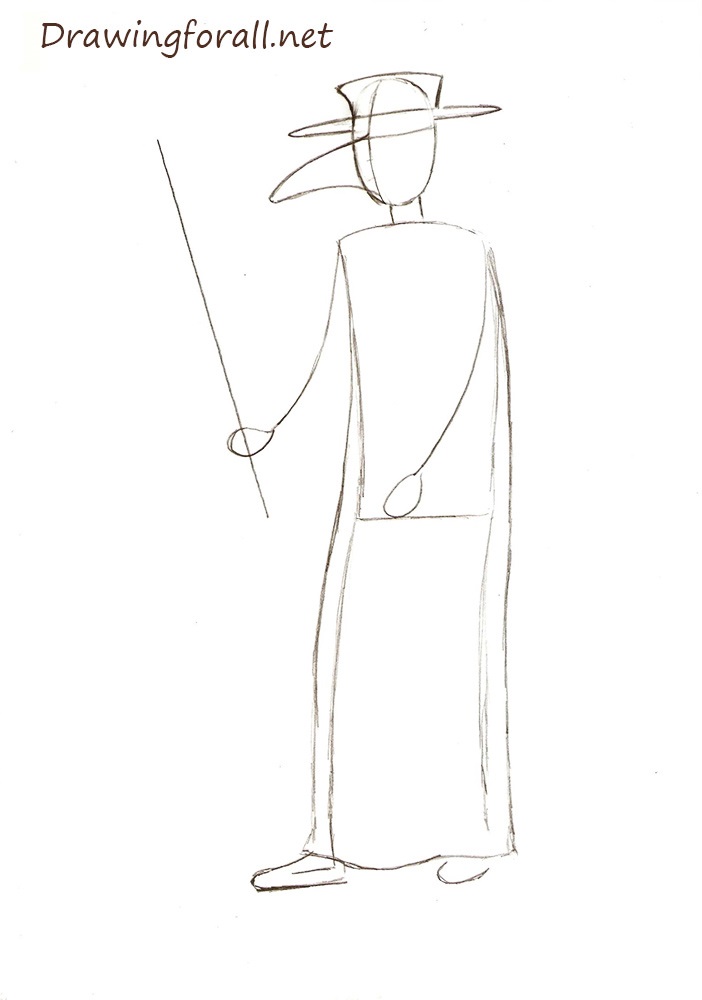 Ok, now proceed to the third step of tutorial on how to draw a Plague Doctor.  Here we add volume to the hands. At first, draw the long and wide sleeves of the cloak, that tucked into the gloves. Then draw the gloves and sketch the fingers. 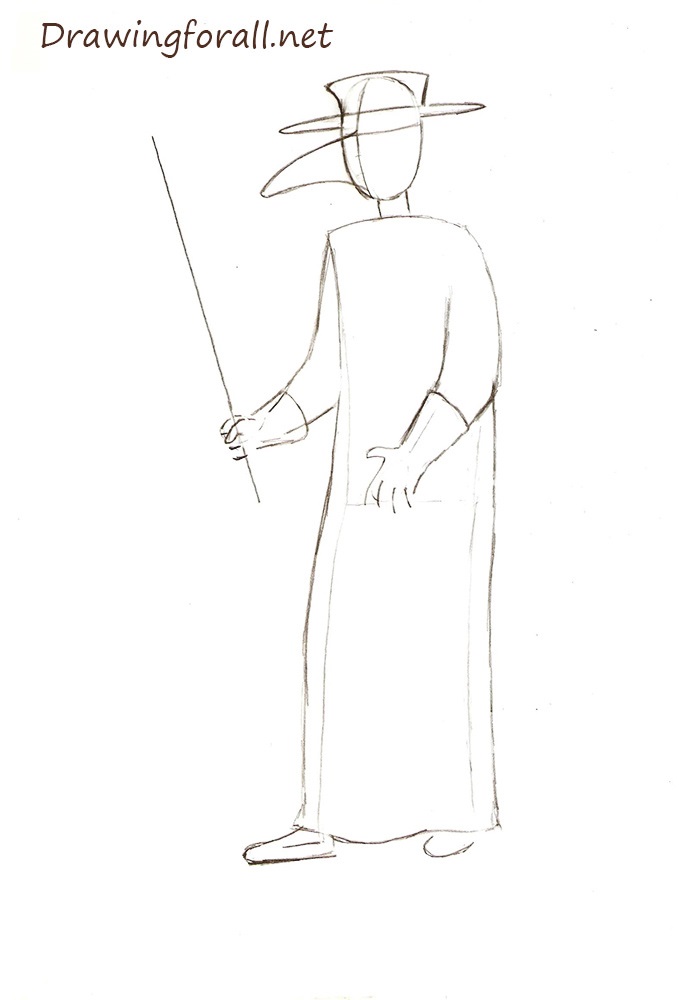 Now we need to add details to the head of Plague Doctor. First draw the openings for the eyes. Draw the lines of the fabric around the face. Visually this fabric passes from under the hat, that is, from the temple across the cheekbones and chin to another temple. 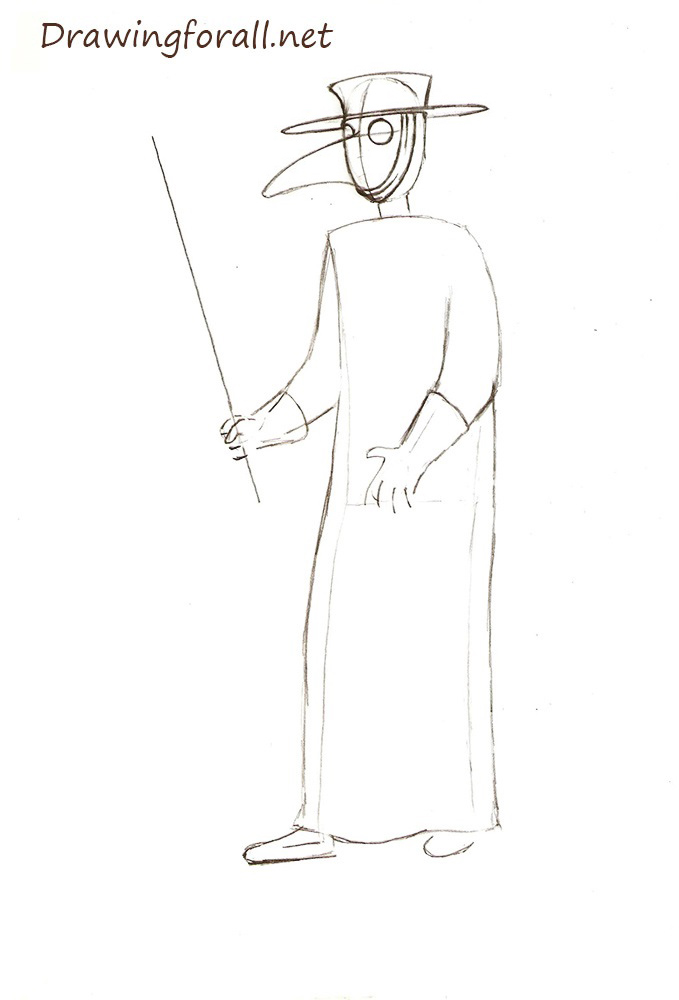 Draw the lines of the fabric around the neck. Add details to the hands. First draw some folds on the sleeves. Carefully draw the palms and fingers. Give the volume to the stick in the hands of the Plague Doctor. And if already know how to draw straight lines, visit our tutorial on how to draw Wolverine claws. Add some folds to the gloves to make our drawing more realistic. 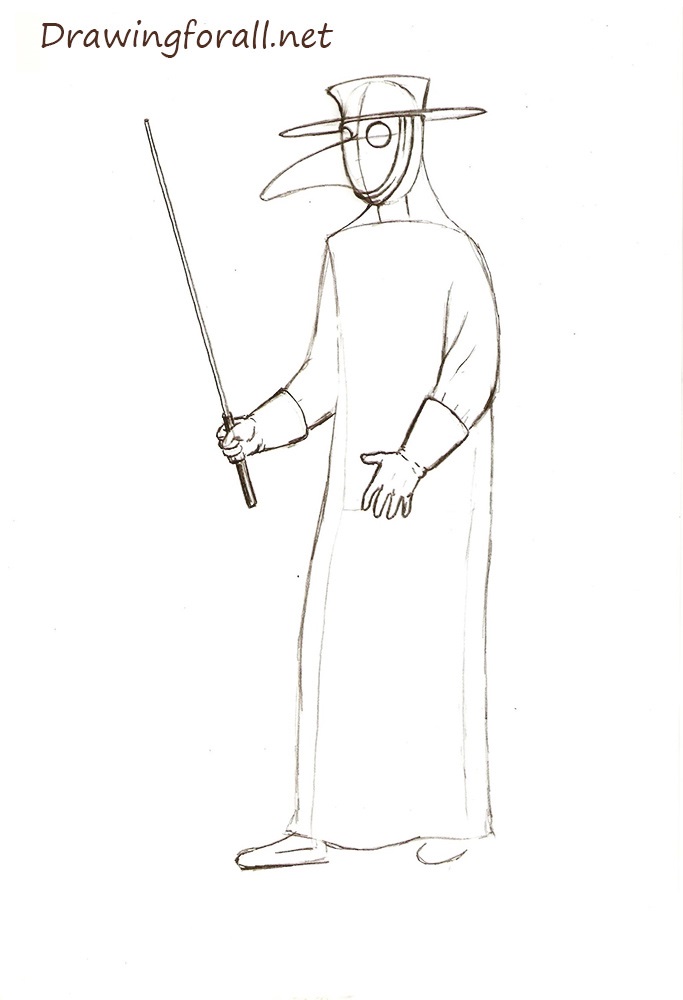 Erase all guidelines from Plague Doctor and start adding the final details. Draw a line that divides the beak into two parts. To add more realism draw the seam above this line. Add some folds to the bottom of the cloak. Darken all the lines in the figure and erase all remaining unnecessary lines. By the way, if this tutorial seems too difficult for you, we recommend you tutorials on how to draw on how to draw an apple or how to draw an iPad. 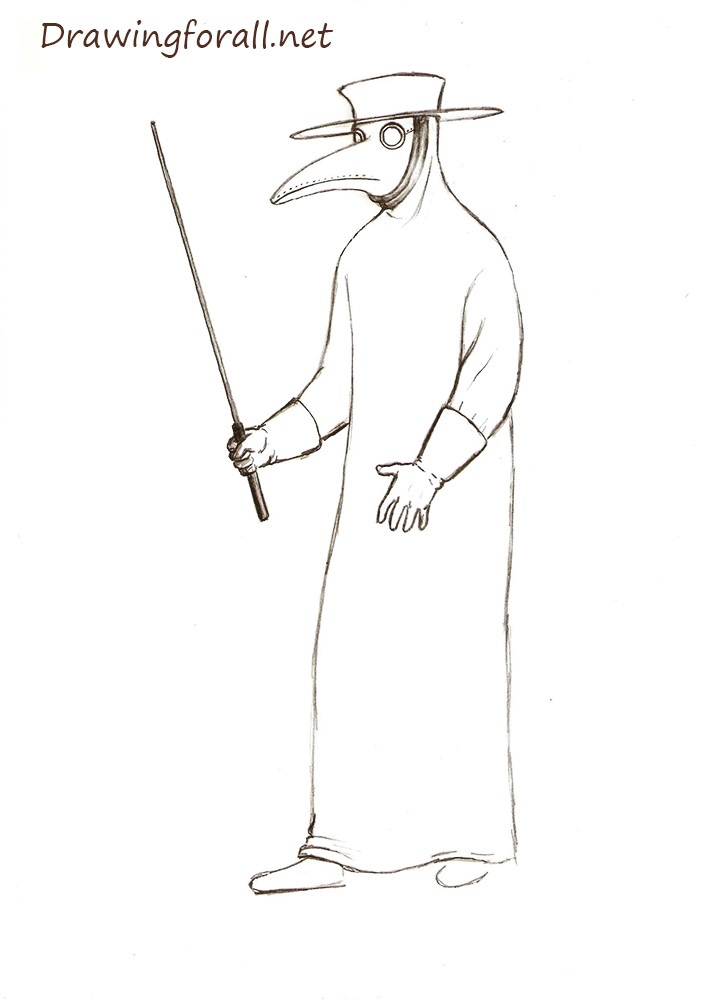 In the final of how to draw a Plague Doctor step we will add the shadows. Light on our figure falls from the upper right corner. It means that the protruding portions of the upper right hand from us will be lighter than the lower left. In contrast from the style of comics, in this drawing we will not draw too contrasting shadows. Draw the shadows using the soft and smooth pencil strokes. Try to make the transitions between the light and shade the as soft as possible.