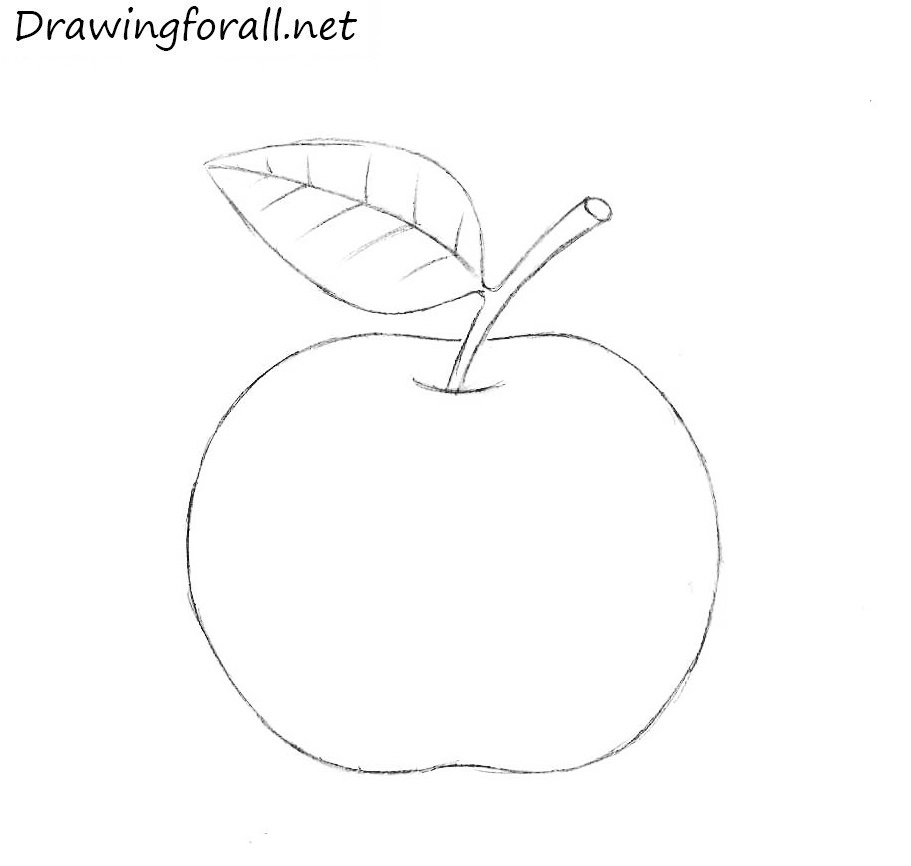 Today, the artists of Drawingforall.net have prepared for you a new drawing tutorial. And as you have already seen, today we will draw an apple. In this drawing tutorial, we will focus on a correct form of the apple. Since this tutorial is for beginners, in it we will not draw shadows. When we created this drawing lesson, we wanted to make it such, that even a novice artist could cope with it. In tutorial on how to draw an arrow, we learned to draw straight lines. And in this tutorial we will learn to draw perfect circles. So let’s start this tutorial and find out how to draw an apple for beginners!

At first, in the tutorial on how to draw an apple we draw a circle. Try to draw the circle as smooth as possible. We want to remind you that in the first step you should try not to press too hard on the pencil. At first steps you should use smooth and light lines for sketching the apple. In general, drawing a simple and perfect circle will help to learn drawing complex figures such as Plague Doctor or Spider-Man. 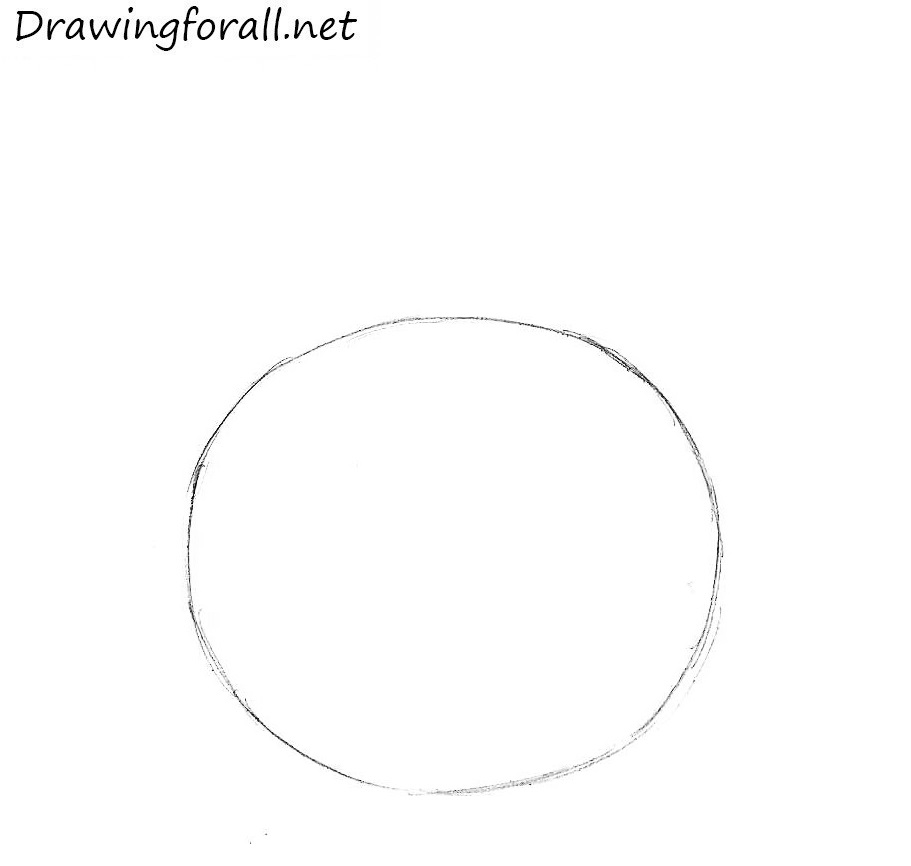 Now draw a twig, which is attached to the fetus. Draw it using two parallel and slightly curved lines. At the top of the twig draw the cut line. The initial sketch is ready.  Starting with the next step we need to make the lines of the apple drawing darker. 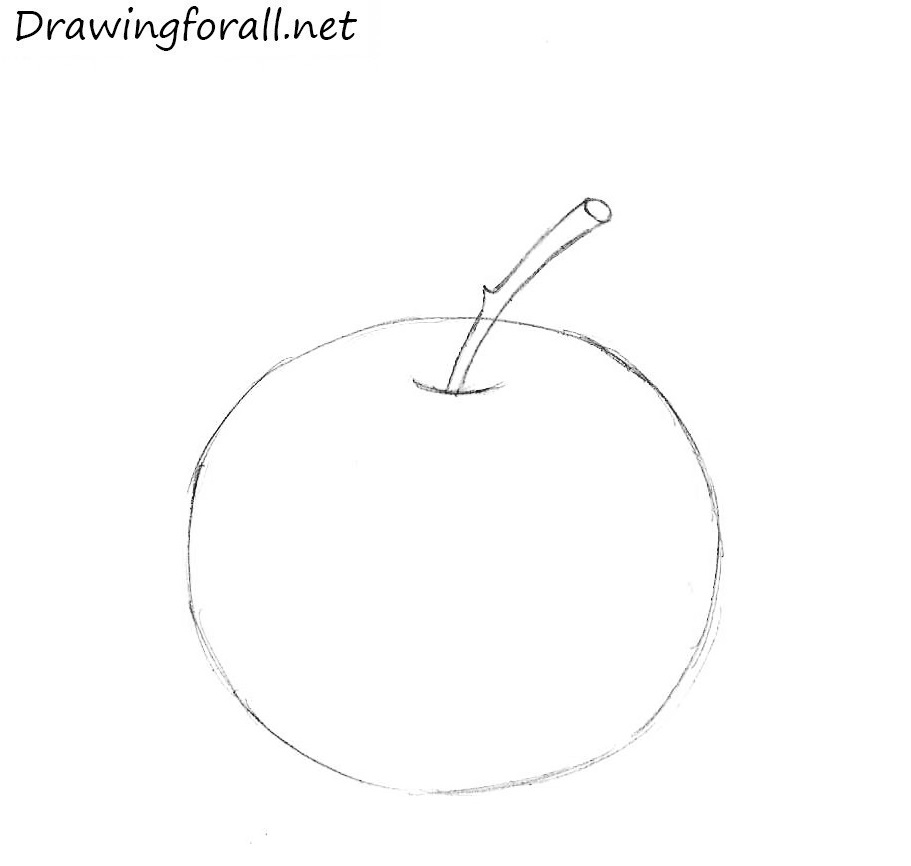 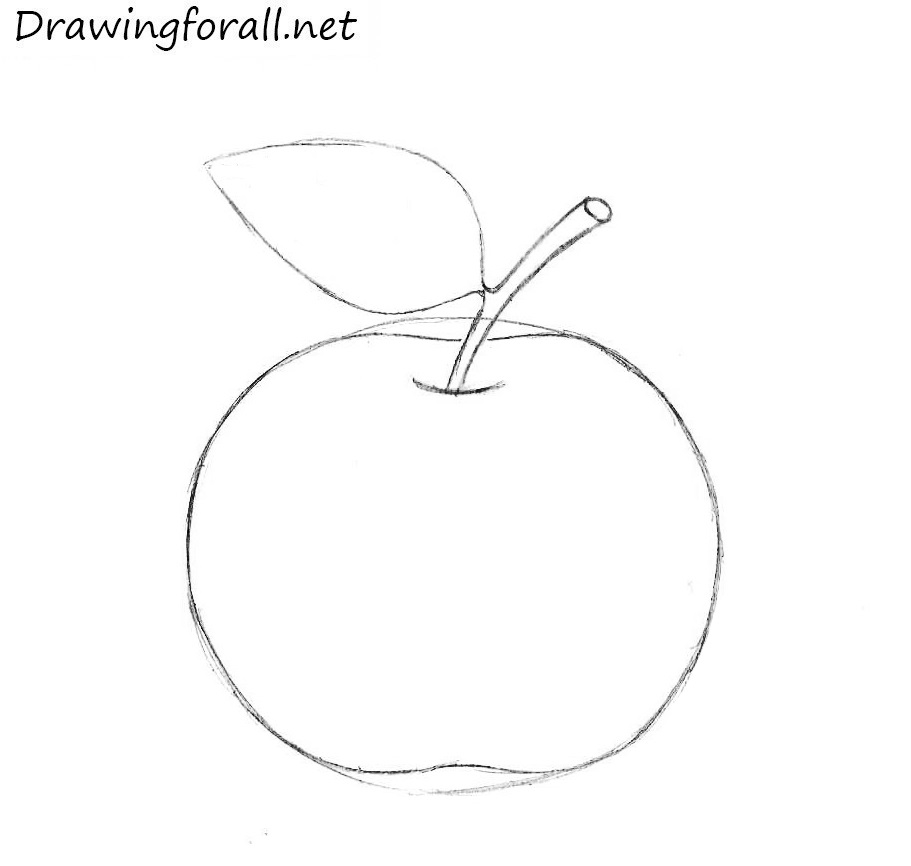 Erase the guidelines and draw the veins of the leaf. Darken all the lines and make them smoother and cleaner. And the apple drawing is ready! If you could not draw on the first try, do not worry. You need to practice more. Draw, erase and draw again until you start to draw an apple perfectly. By the way, if you like easy tutorials like this one, we recommend you to visit tutorials on how to draw a muffin or how to draw a donut.

It was the tutorial on how to draw an apple for beginners. The team of Drawingforall.net hopes this guide was interesting and informative for you. By the way, using this tutorial, you also can draw the logo of Apple. If you want to try to draw something a little more complicated, we recommend you our tutorial on how to draw Wolverine or how to draw Sub-Zero. Subscribe to us on Facebook, Twitter, Deviant Art and Pinterest. Stay tuned and wait for new tutorials!