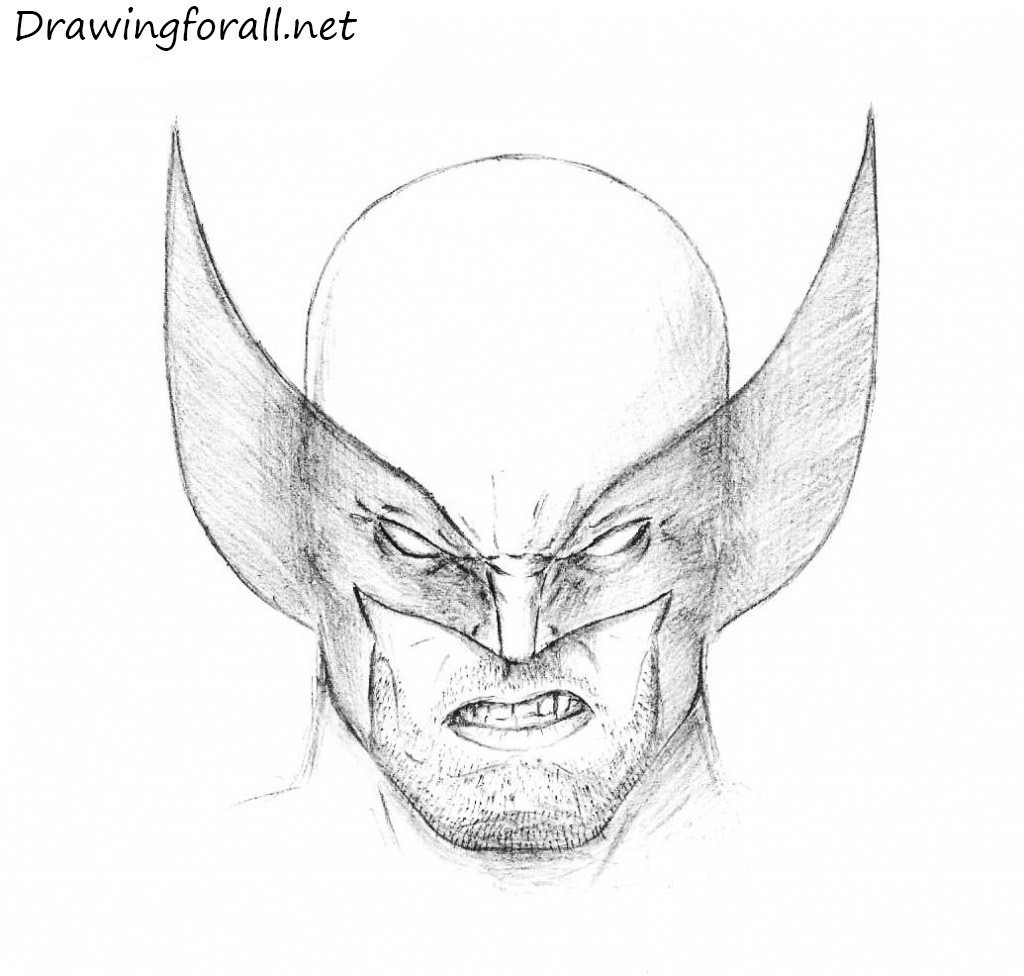 Hello everybody! We welcome all fans of the Marvel Universe. Especially for you, we have prepared a lesson on how to draw Wolverine’s head. The tutorial will be rather complicated, and at the end of it, we should get a realistic Wolverine’s head. If you want to draw this character in full  height, visit our tutorial on how to draw wolverine. So, let’s start this tutorial!

First draw an oval. This figure is also similar to an inverted egg. This is the first step, so don’t press too hard on the pencil, because in next steps, we will erase all the guidelines. 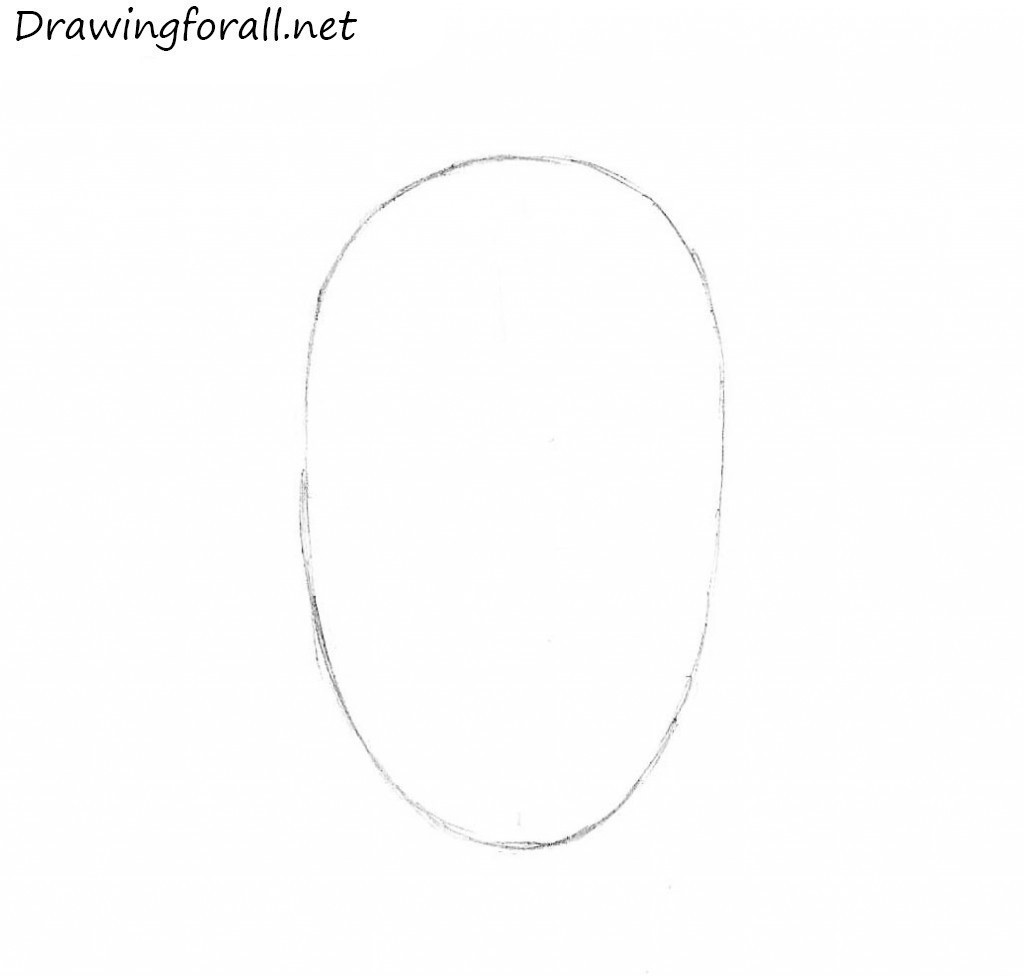 Continue to draw wolverine’s mask. Sketch the lines of the facial symmetry. They should cross at right angles. The vertical line divides the Wolverine’s head  into two equal parts, and the horizontal line will show us approximate position of the eyes. Wolverine’s head is slightly tilted, so the line of the eyes will be slightly curved.

The famous Wolverine’s mask is known to all. The classic version of this character can not be imagined without this mask. At this stage we outline the nose, mouth, and the contours of the upper part of the “horns”. Start drawing two lines in the area of the eyebrows and draw them upward and outward. 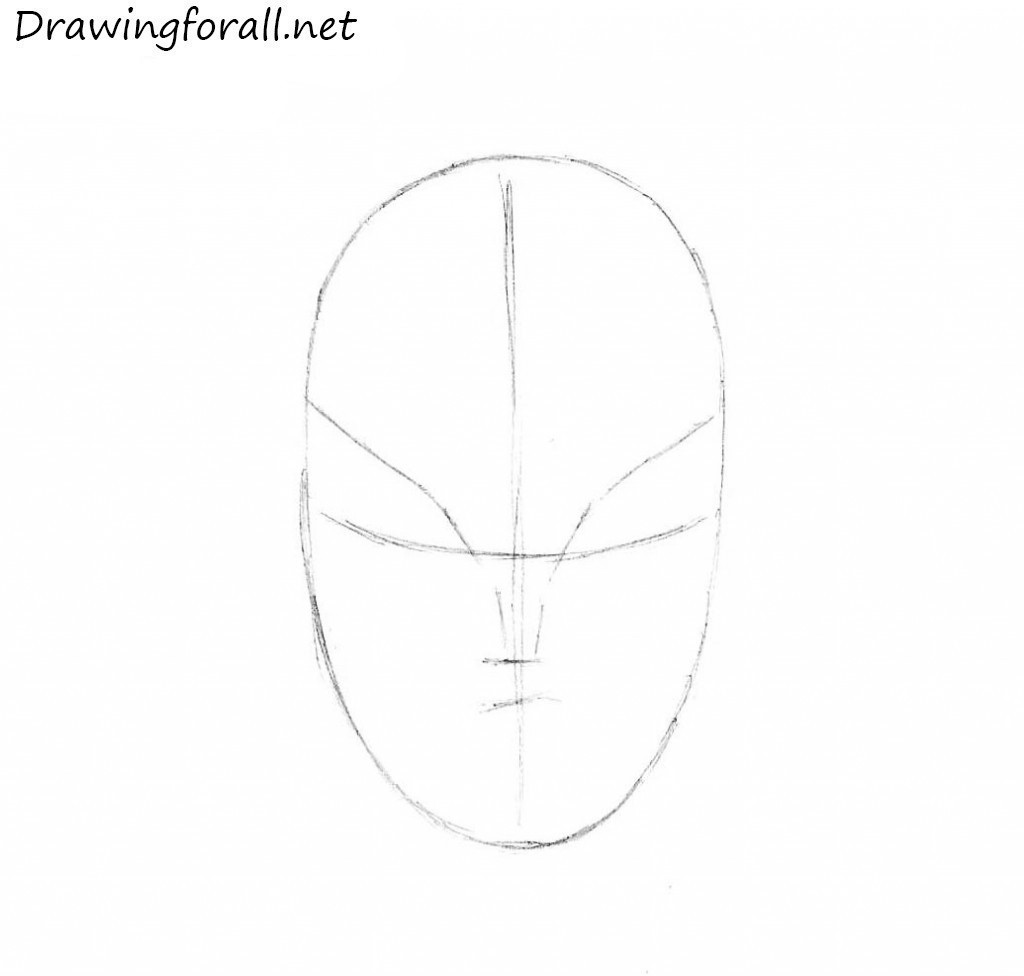 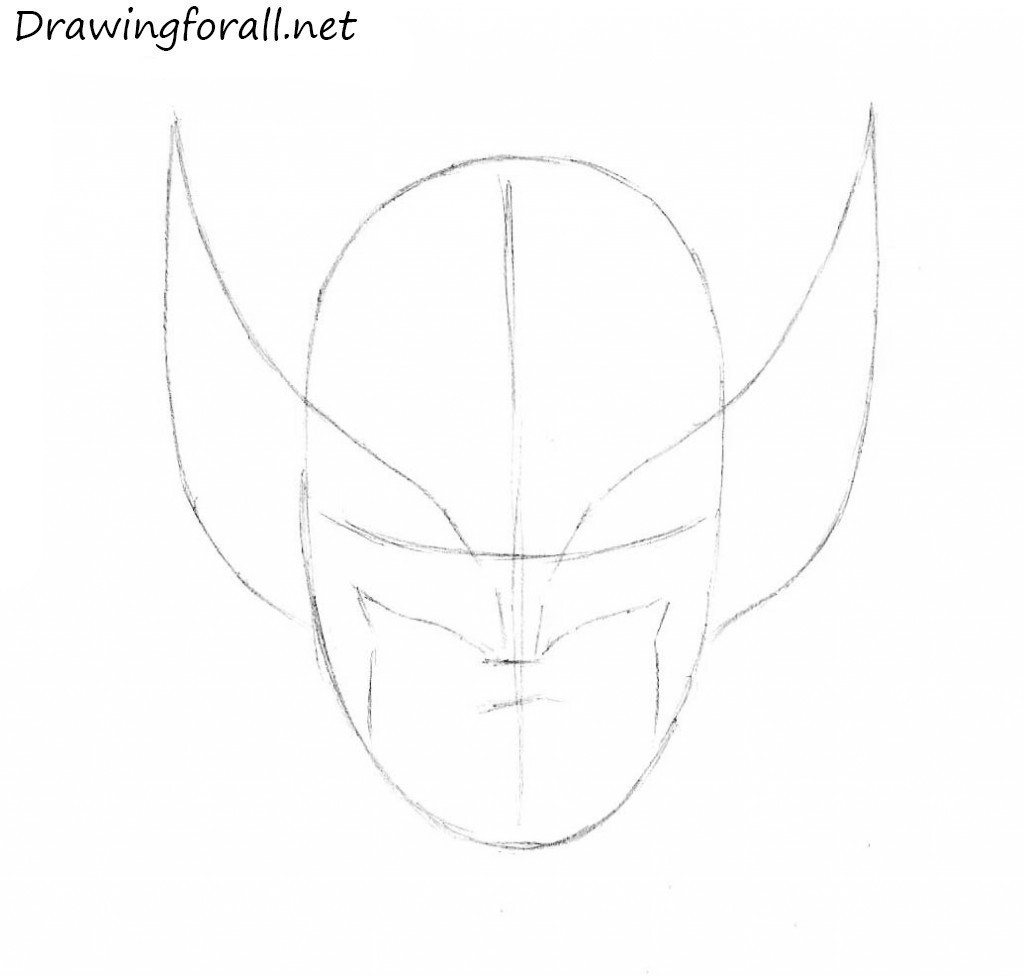 At this step we begin to draw facial features. So, first sketch out eyes – they have the shape of ellipses. Then sketch a nose, that looks like a rectangle with a slightly uneven sides. Then sketch out mouth and the lines of the cheekbones. 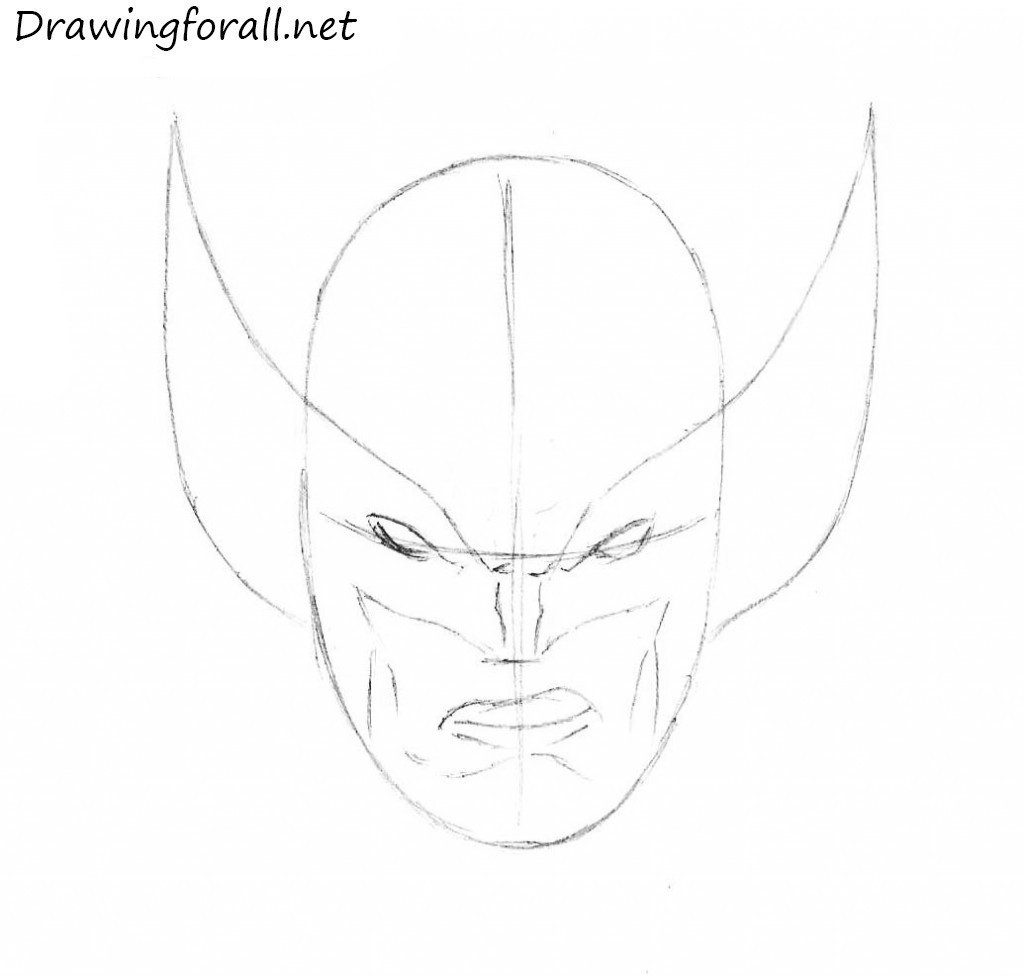 So we finished the preliminary stages and start to draw the details. Using the confident and clear lines draw the eyes. Draw wrinkles around the nose and eyes. Draw the edges of the nostrils and move to the next step 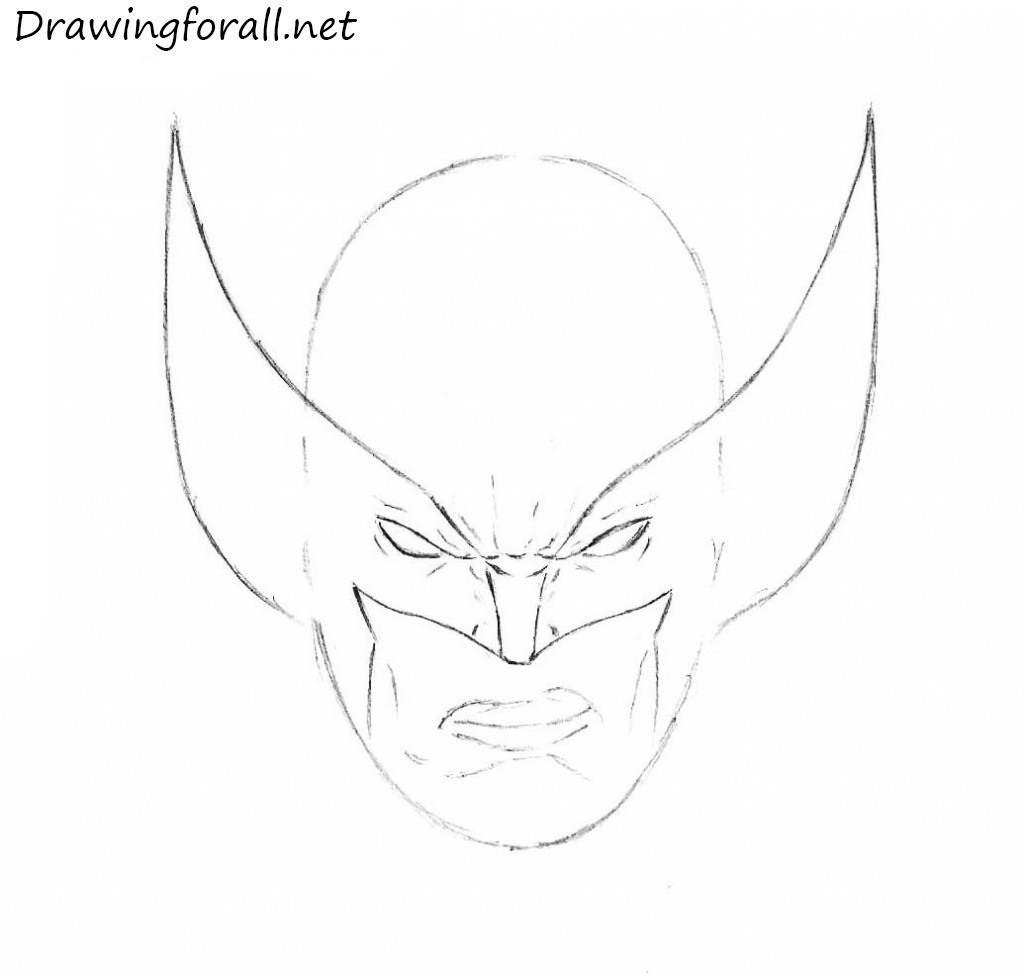 Draw out the jaw as in our example. As you can see it is very massive. Make the sides of the jaw wider. Now draw Logan’s mouth. Trace the lines of the mouth and chin. Add some wrinkles in the area of the mouth. Drawing is ready, It remains to add shadows. 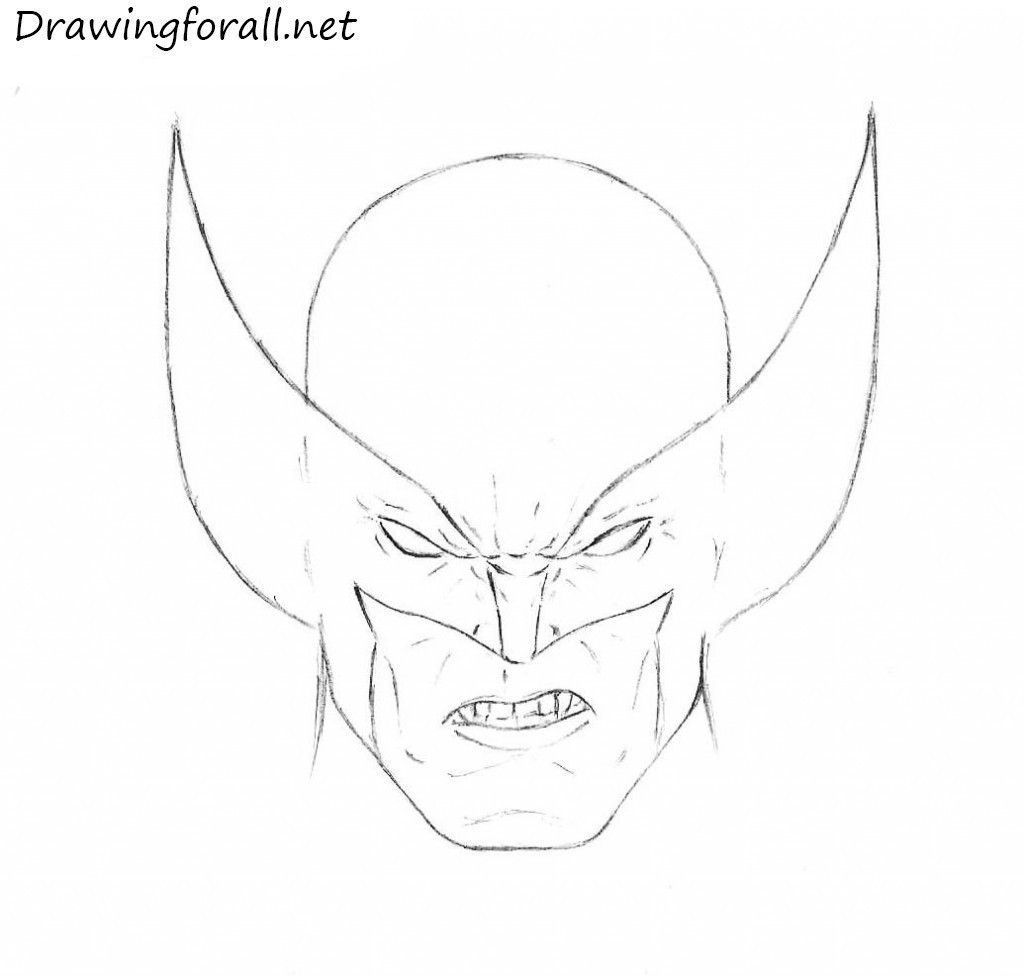 How to draw shadows in comic style we learned in tutorial on how to draw Ben Reilly. But in this lesson we decided to add a more realistic shadows. We will draw the shadow of the classical hatching. At first add shadows on the upper sides of the head. The “horns” of the mask is the only place that is completely painted. However, the intensity of the shading is not the highest. Add the dark shadows in area of the nose, eyes and the neck. Another item – bristles. Draw it by short strokes in the direction from the roots to the tips.

Today we learned to draw wolverine’s head. What was a good job. Is not it? We hope you enjoyed this difficult tutorial. Subscribe to us on social networks and tell your friends about us. Stay tuned!