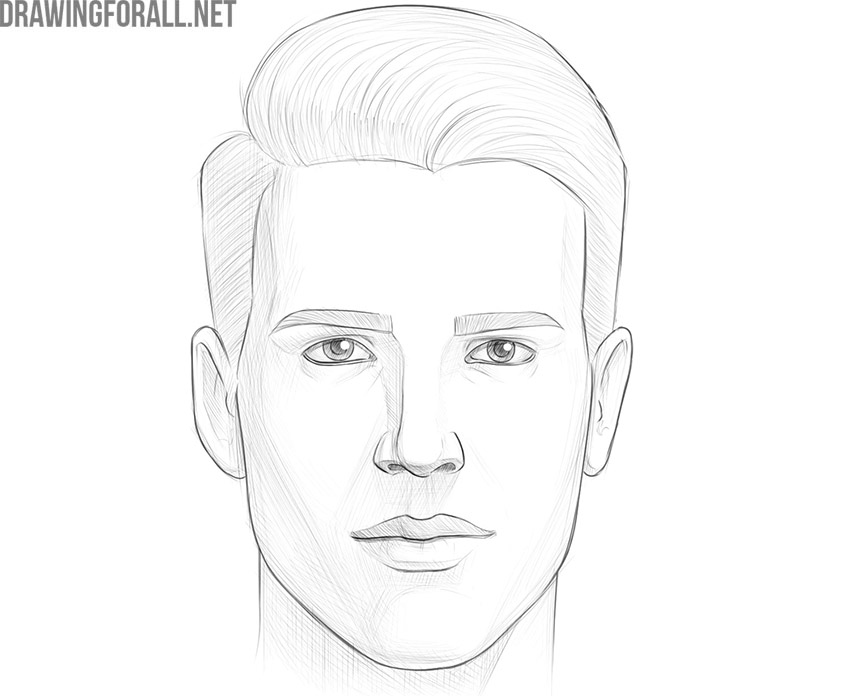 In this drawing lesson, we will show you how to draw a face. This is probably one of the most important tutorials on the pages of Drawingforall.net.

Next, you should familiarize yourself with the rules of light and shadow and the rules of linear perspective and aerial perspective. It will help you learn how to create compelling objects, face parts, and details on a piece of paper.

So, if you have studied all this, then let’s proceed to the tutorial on how to draw a face.

To draw the face correctly and not be mistaken in proportions, first of all, draw the outlines of the head. From the front, it looks like an oval or inverted egg. Please note that all these lines will be erased later, so do not press too hard on the pencil. 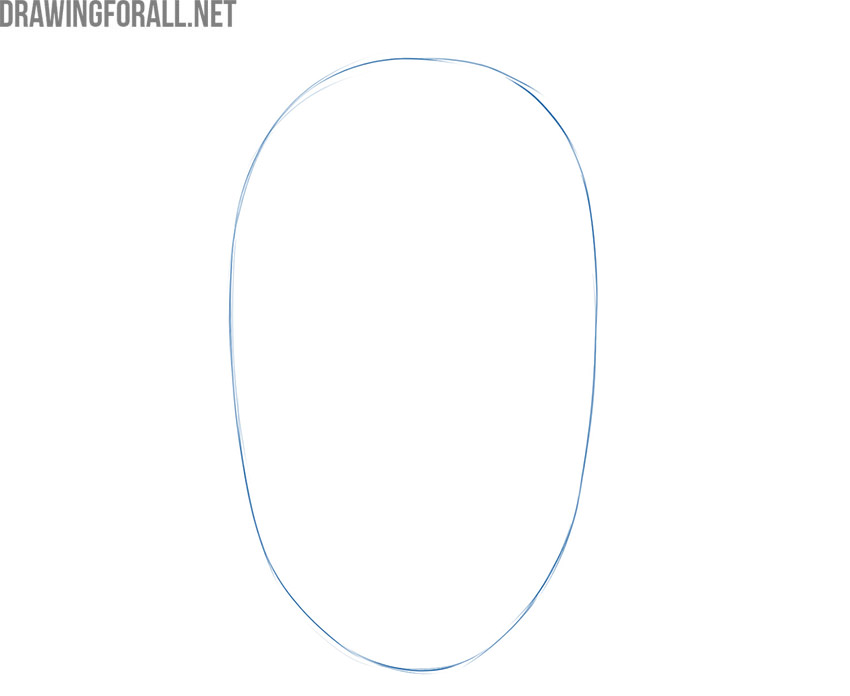 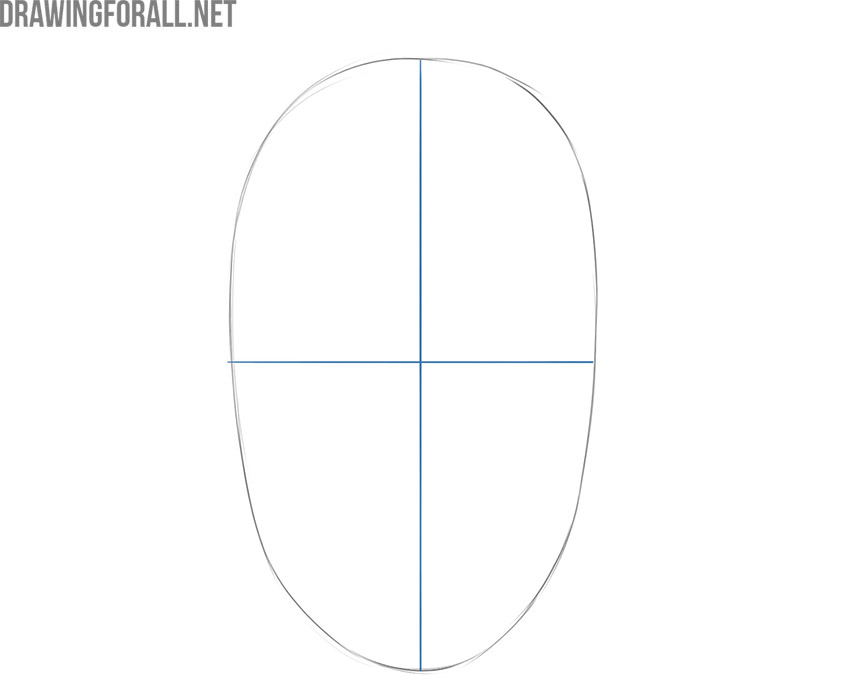 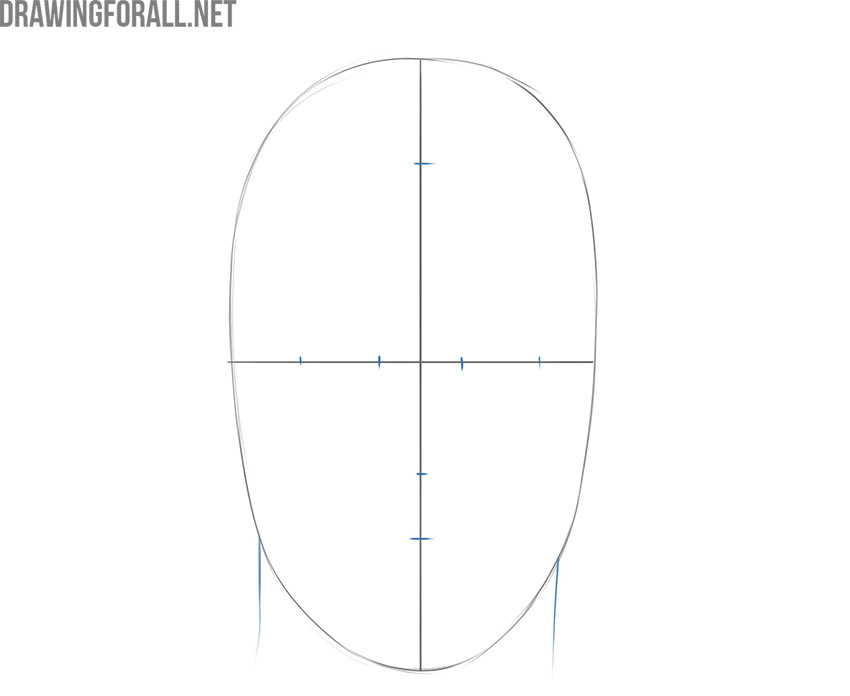 Now let’s start creating the details of the face with very general lines using the guidelines from the previous step. First, sketch out the outlines of the eyes and eyebrows above the eyes. Then go down below and sketch the outlines of the tip of the nose and lips. 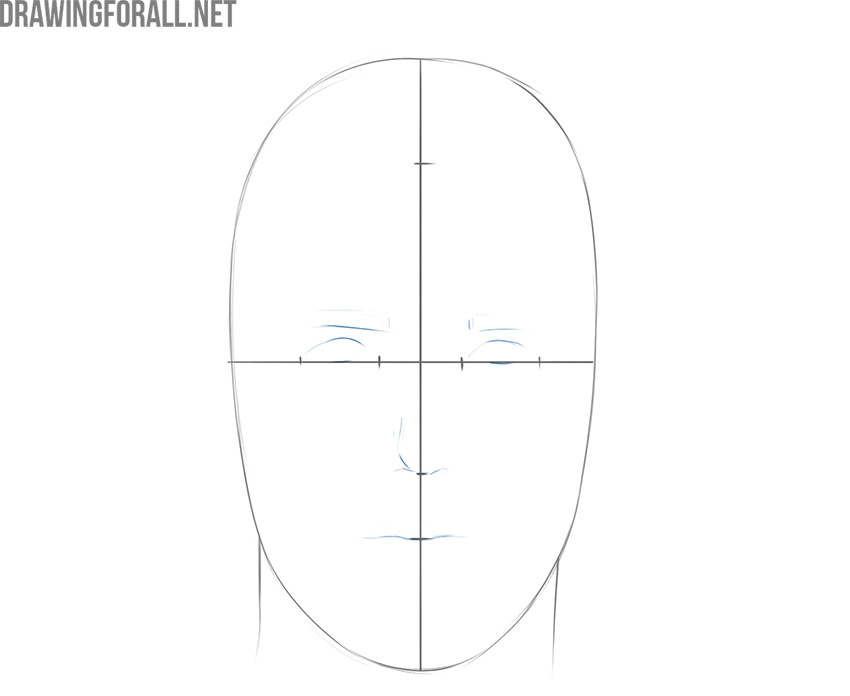 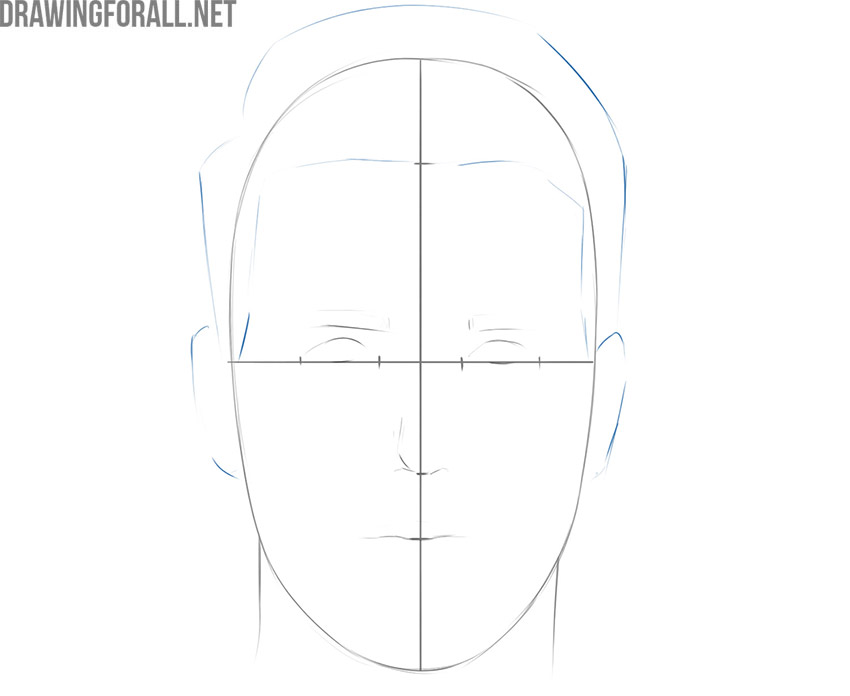 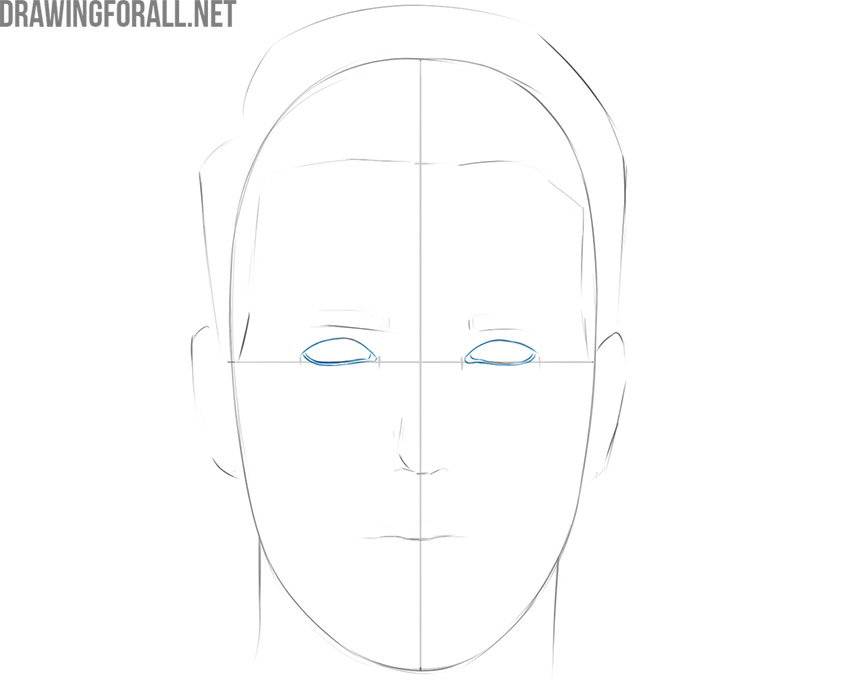 To make the eyes look voluminous and natural, draw the skin folds and outlines of eye sockets protruding through the skin. Draw the pupils and irises very carefully. The upper parts of the irises are slightly covered by the upper eyelids, and the lower parts barely touch the lower eyelids. For a more detailed study of the process of portraying eyes, you can visit our tutorial on how to draw eyes. 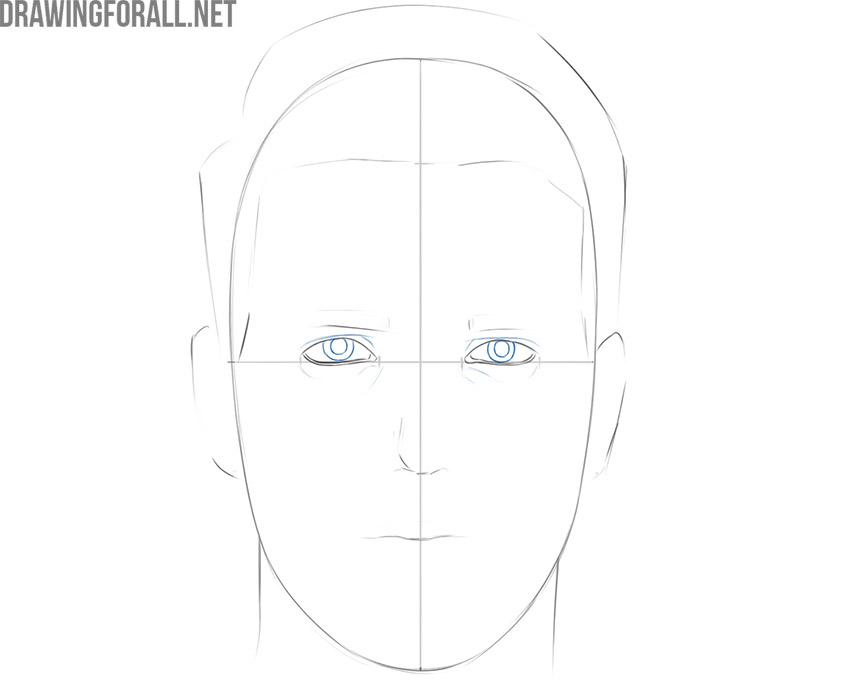 Now go up a little higher and draw the eyebrows using the guidelines we drew in the fourth step. Remember to constantly compare the parts of the face to each other. For example, when drawing the left eyebrow, constantly compare it with the right one in order to avoid mistakes in proportions. 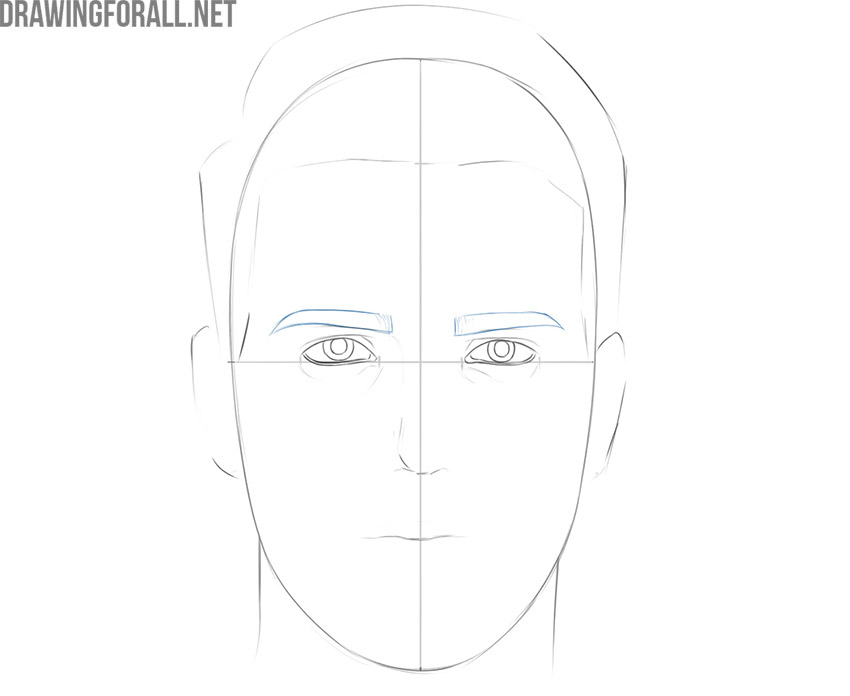 Now with neat lines draw out the outlines of the back of the nose, tip, and nostrils. Do not forget that the parts of the face closer to us should be slightly darker than the distant ones. To learn more about the process of drawing a nose, visit our article on how to draw a nose. 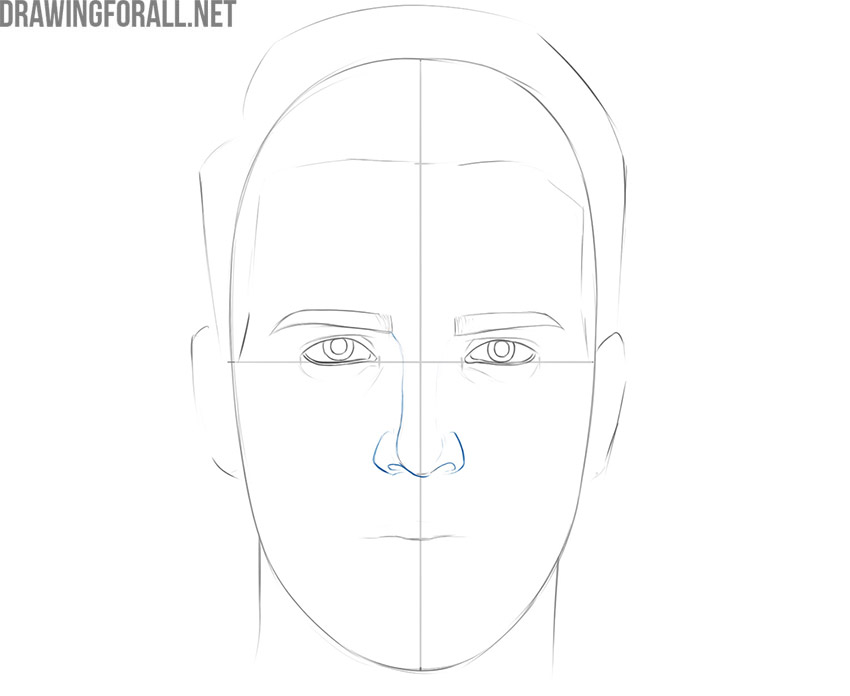 Continuing the lines we drew in the fourth step, carefully draw the lips. Start with the upper lip, then draw the outlines of the lower lip. It is also extremely important here not to be mistaken in proportions and constantly compare the left and right parts of the mouth with each other. We talk about this in great detail in our tutorial on how to draw lips. 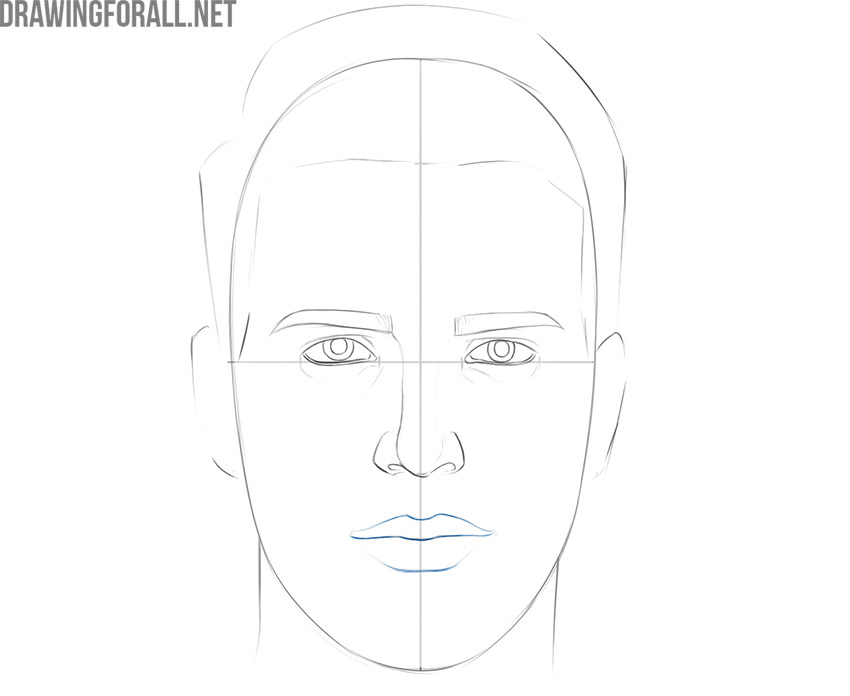 In the first stage, we very roughly depicted the outlines of the head, and now it’s time to bring these outlines into a more complete and realistic look. The jaw is located in three planes. In the upper part on the sides, these are two almost vertical lines, then below there is a sharp narrowing at an angle of about 45 degrees, and then the two halves of the jaw are connected in the horizontal plane of the chin. 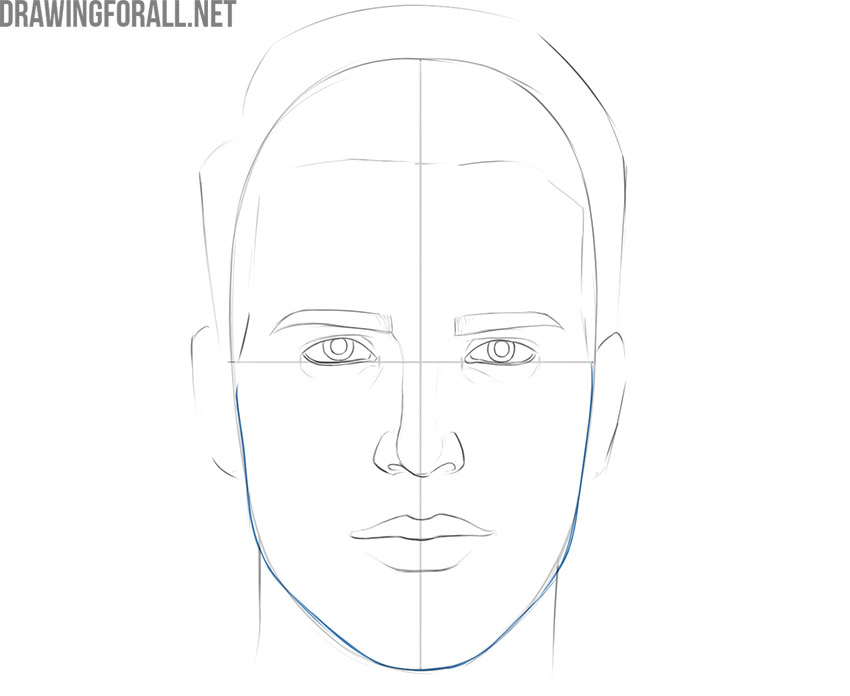 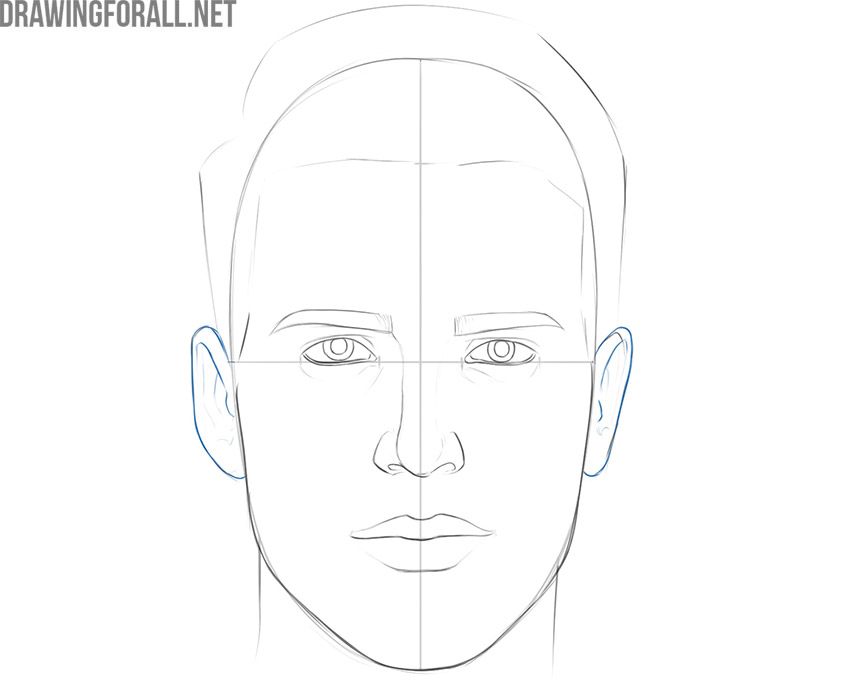 Now let’s move on to the hair. The hair forms the upper volume of the head, and the general appearance of the drawing depends on them, no less than on the details of the face. With neat and smooth lines, draw the outlines of the hairstyle, guided by the guidelines drawn by us in the first steps. 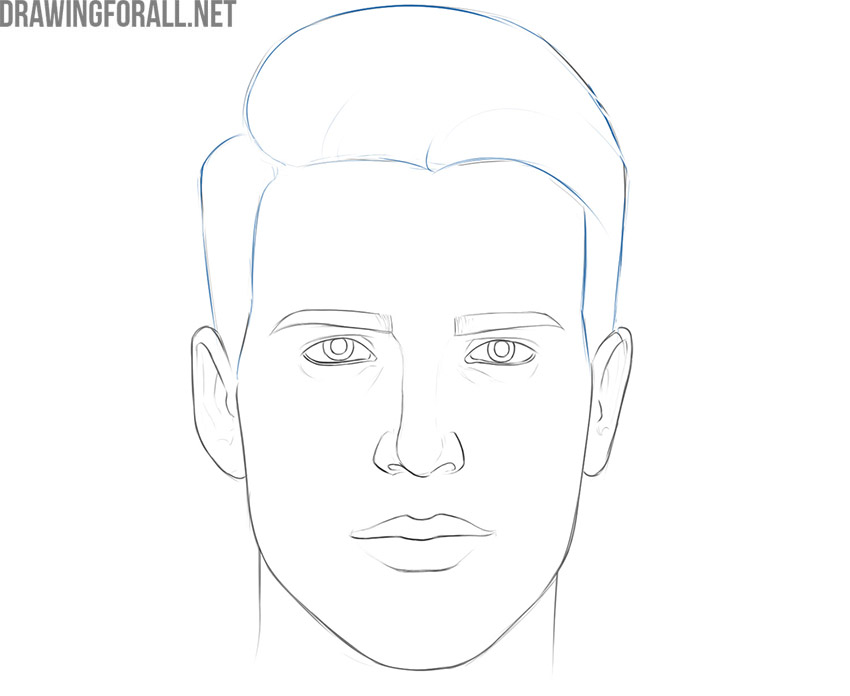 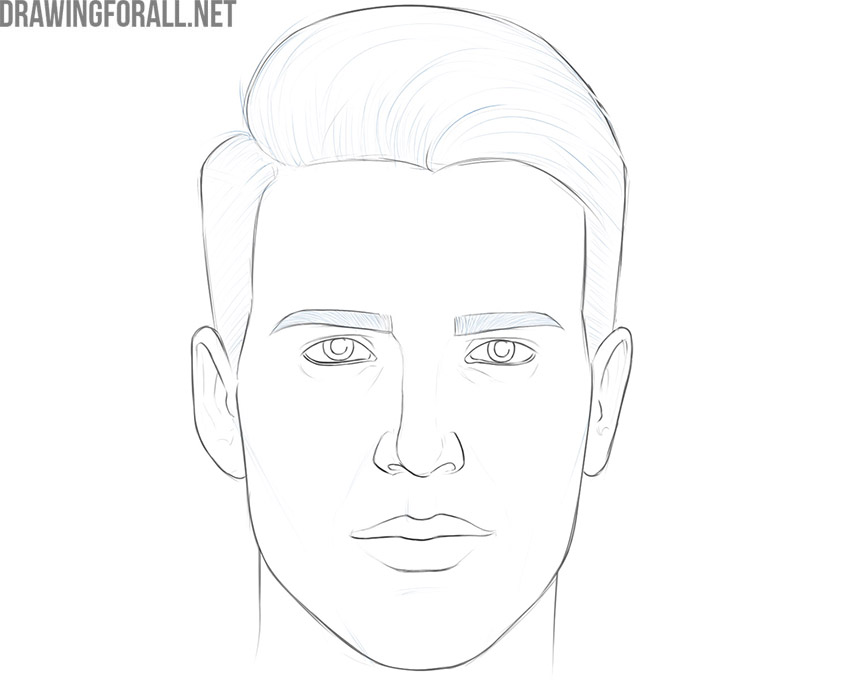 Now let’s add some volume to the face drawing. With the theory of light and shadow in mind, start drawing the shading from the darkest parts of the face. Then gradually add mid-tones and lights. In order for the shadows to emphasize the volume, they should be drawn taking into account the curves and bulges of the face. 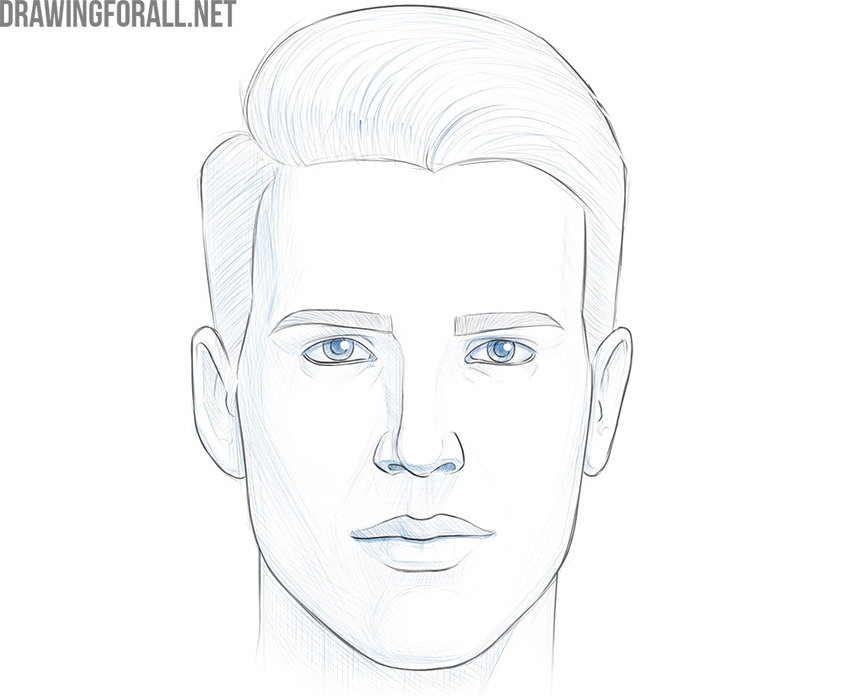 So, it’s time to check your face drawing again by comparing it with our example. To find all inaccuracies, bring the drawing to the mirror or move it away from you. If you find any mistakes, then go back to the step where you made it and try to fix it.

If you drew a face and you like the result, then it’s time to consolidate the skills. Try repeating all the steps several times, drawing different faces with different features.