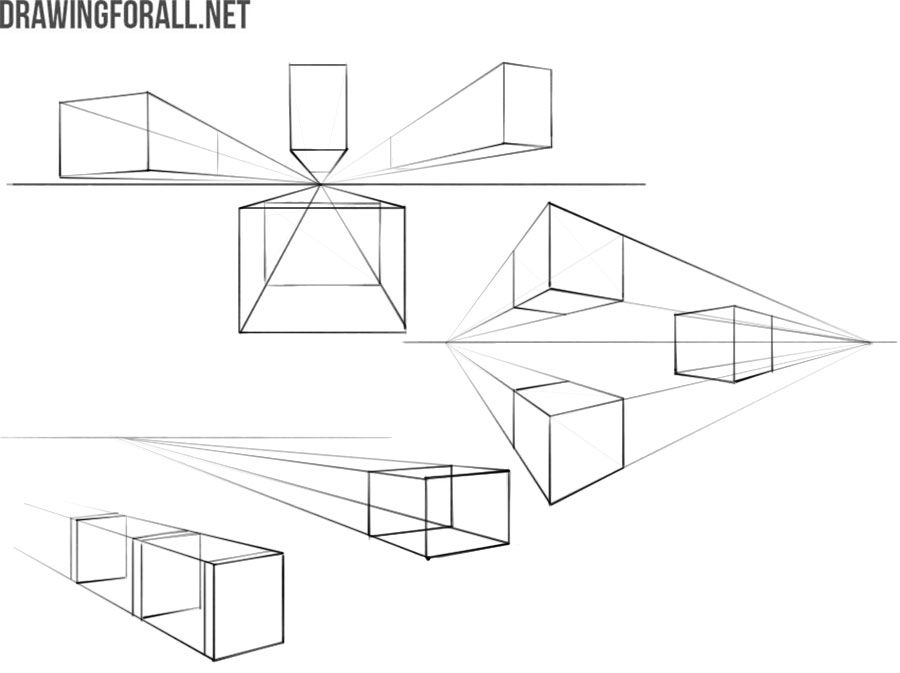 Linear perspective is a science that teaches us to depict objects of the visible world on the plane in accordance with the seeming changes in their size, shape, and clarity, due to the degree of remoteness from the observation point.

The emergence of this science dates back to the Renaissance and was associated with the growing popularity of a realistic style in drawing. This system of transferring three-dimensional objects onto a two-dimensional plane with the preservation of volume.
greatly simplified the tasks facing artists.

Theoretical knowledge of perspective is extremely important for artists so that the objects depicted by him have volume and look realistic and convincing. But after studying this area of fine art, you should bring the process of drawing volumetric objects to automation. Ignorance of the basics of perspective will not allow you to draw a correct and voluminous drawing.

To avoid mistakes in perspective, we need to understand how we perceive objects in volumetric space.

The first thing you need to know is that we see all the objects around us in a modified form. As objects get closer to us, they appear larger, and as they move farther away they seem smaller. For example, the railway as it gets farther away from us becomes smaller and smaller until it converges at a point on the horizon. The pillars located next to the railway are becoming smaller and smaller until they disappear from sight.

But we certainly know that the rails of the railway are parallel and will never converge. 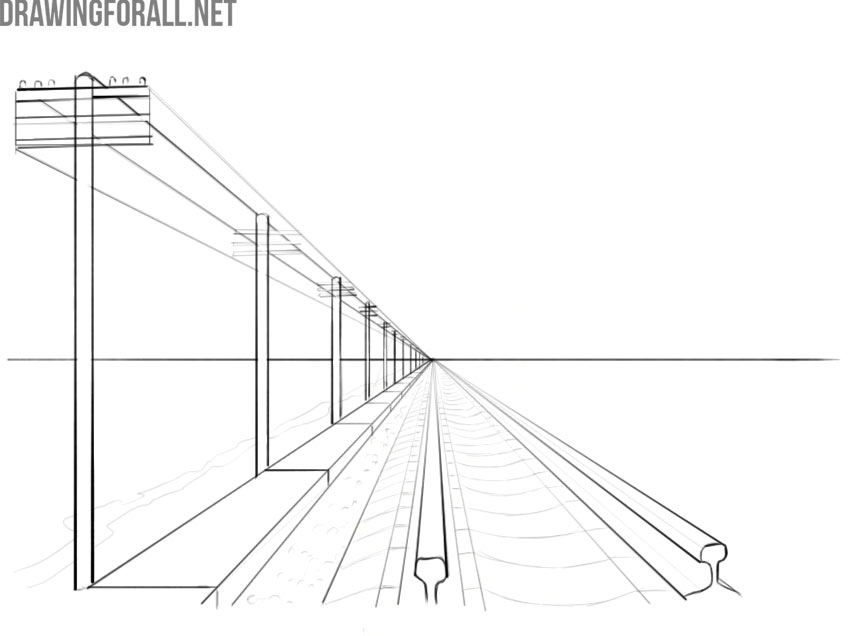 Similar visual distortions are characteristic of absolutely all objects in our universe. Try to see it with your own eyes. Pick up a pencil, book, or any other item, and simply twist it in your hands. Bring that object closer and further from your eyes. With the help of such simple manipulations, you will most clearly see how the laws of perspective act on this subject. 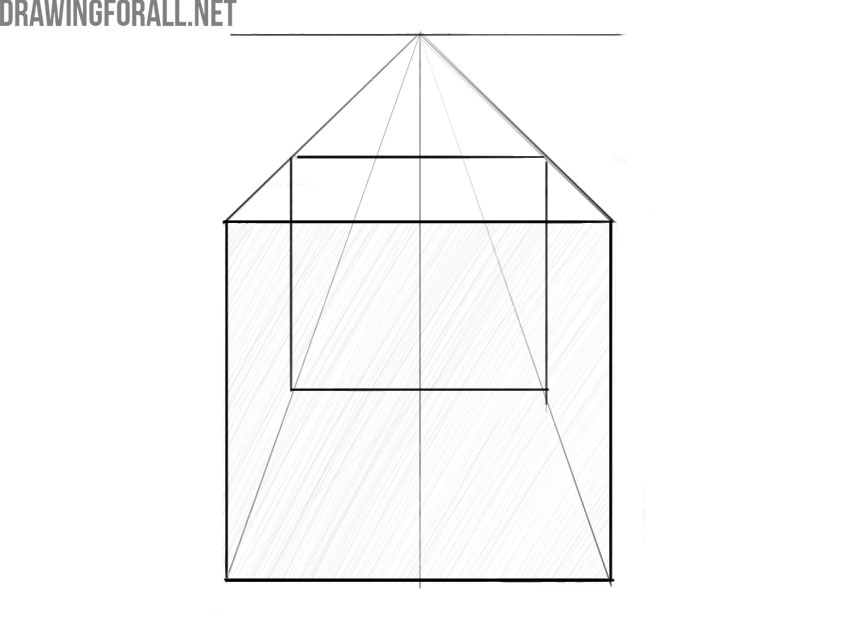 When observing, the appearance of the subject and visual distortions largely depend on the choice of the point of view (that is, from above, below, left, right, etc.). That is, as you can understand, a significant role in the observation is played by the height of the point of view – the horizon.

It should be noted that the horizon line can vary depending on the inclination of your head, but not on the height at which your eyes are. That is, you can sit, stand, rise to the tower, and the horizon will be at the level of your eyes until you raise or lower your head or eyes.

From this, it follows that when drawing, the location of the horizon line is selected primarily taking into account the position of the eye of the beholder, and then the height at which he is located.

The horizon line plays a major role in the perspective construction of the image. To get the correct perspective drawing of the object, the artist must draw a horizon line and place vanishing points on it.

So, let’s say we want to draw a volumetric cube. To do this, first, draw a horizon line and place vanishing points on it. Then draw straight lines from these points, as shown in our example. After that create the borders of the cube and add some shadows. If everything is done correctly, then you will get a geometrically and aesthetically correct three-dimensional cube. 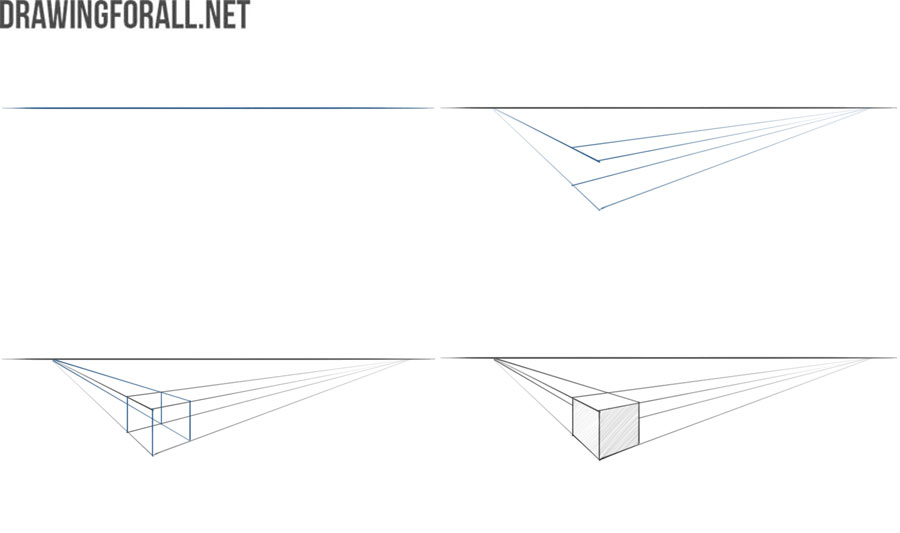 By observing this cube, we can clearly see how its sides are in perspective distortion.

We draw attention to the fact that the number of vanishing points, as well as the location of the horizon line, depends on the specific goal that faces the artist. It doesn’t matter what you draw – a simple three-dimensional cube, a house or an entire city. The rules of perspective remain unchanged.

In the example below, you can see images of a house, which we observe from different heights. Notice how the perception of the drawing changes depending on the location of the house in relation to the horizon line. 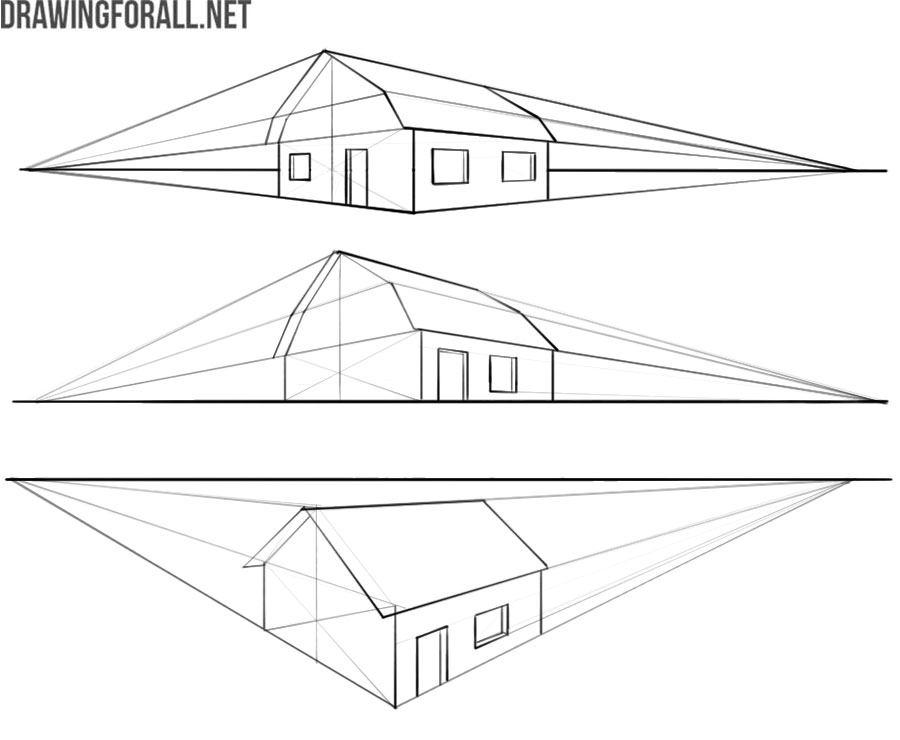 Exactly the same rules of perspective apply to the interior. Sitting straight, shifted from the center of the room and looking at one of its walls, we see that all the lines of the ceiling, walls, and floor that are moving away from us converge at one point on the horizon line. 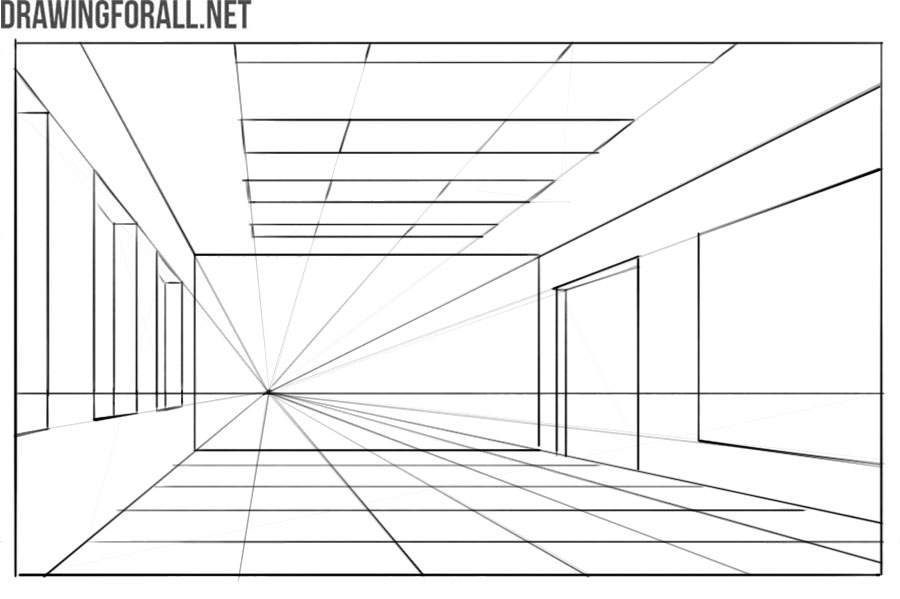 When depicting the interior, the line of the horizon should be at the eye level of a seated person for low rooms and a standing person for high rooms.

To determine the sharpness of the corners, you can use a very old technique, which was in service with all known and unknown artists. Take a pencil in an outstretched hand and place it horizontally right in front of your eyes perpendicular to the line of sight. Bring it in this way to the corner of the subject and you will see the levels of inclination of horizontal lines. 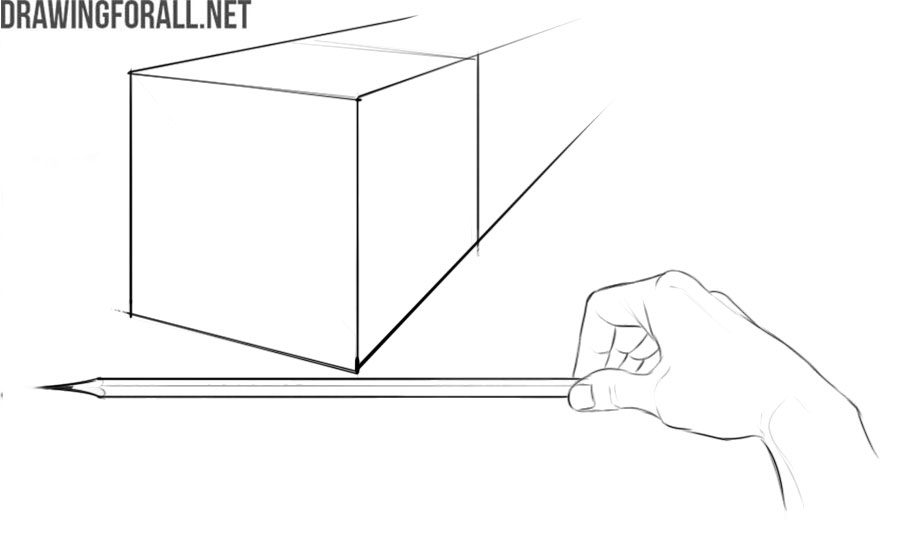 And of course, we do not forget to give you the critical advice, which is that you will become a real artist only if you will constantly practice. The more often you sketch, the more beautiful artworks you can create. And it’s not necessary to draw all day from morning to night. You can make sketches at least half an hour every day. This way you will not get tired, and the drawing process will not turn into a routine for you, but at the same time, you will be constantly in the process of practicing.