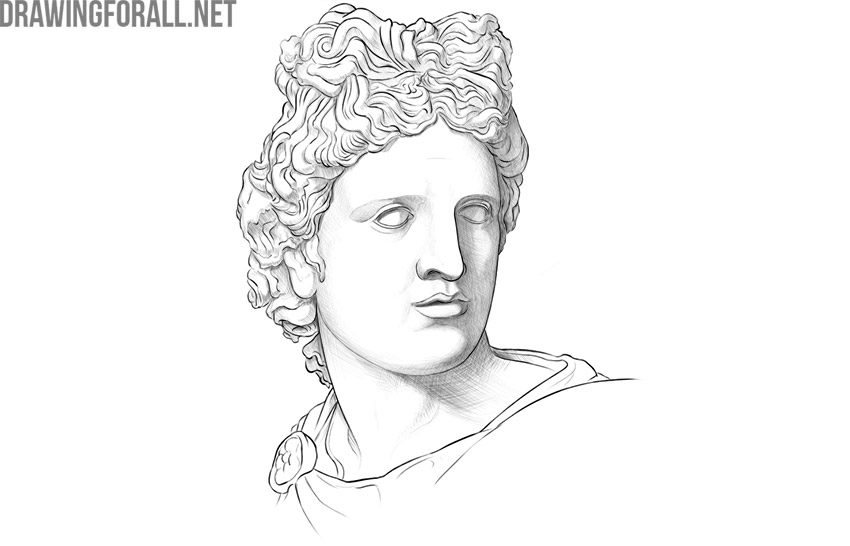 Proportions are extremely important in drawing, and the proportions of a human are especially important. In this article, the team of Drawingforall.net will tell you about human head proportions.

It is very important to understand that all people are different, and we are very different from each other in proportions. If we were all the same and looked like canonical Greek sculptures, then life would not be so interesting, would it? 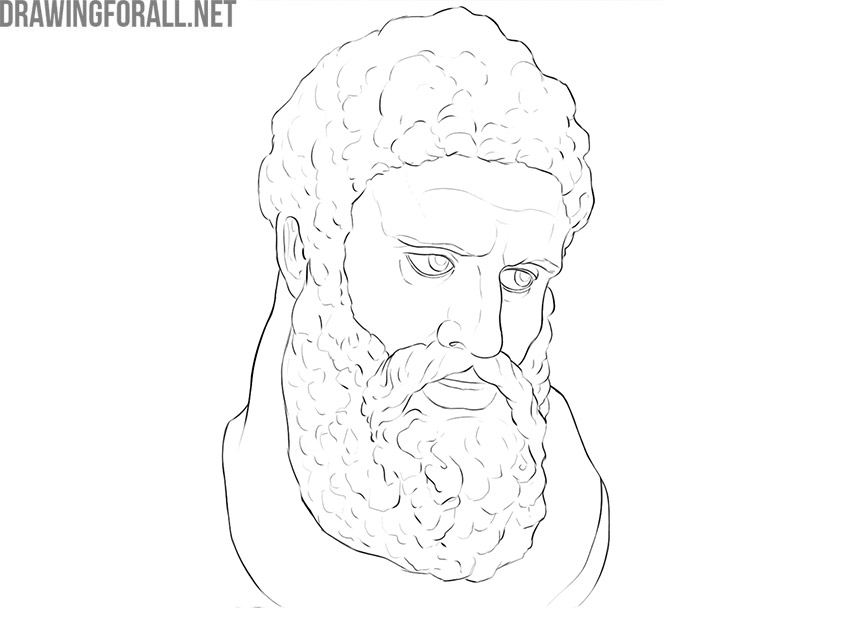 The human head is a measure by which the rest of the body is measured. Using the height or width of the head, you can measure the height, length of the arms, legs, torso, etc.

Let’s look at the sizes and proportions of the head from three sides – front, side, and top. When looking at the head from the front, we can see that its height relative to the width is about 1:1.7. The horizontal line of the eyes is the middle of the height of the head, excluding hair. 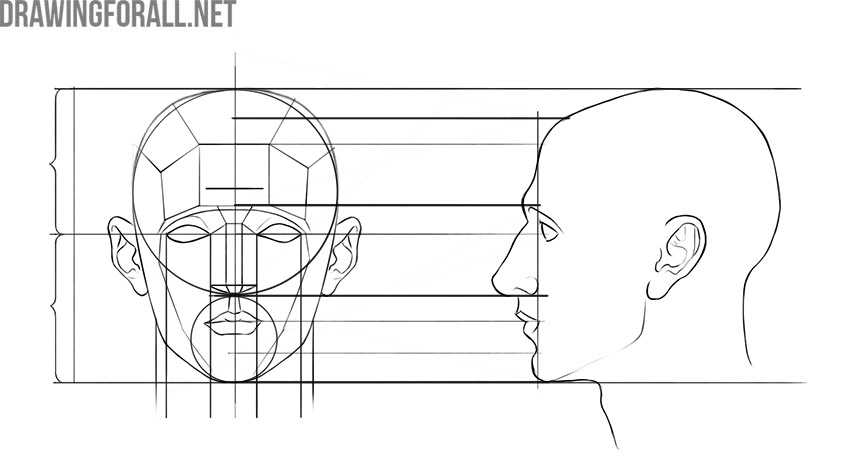 The distance between the most distant points of the zygomatic bones corresponds to the height of the facial part, i.e. from the base of the chin to the nasal bridge. The height of the head relative to the diagonal is approximately 1:1.8.

Note that all these proportions are true when the face is at the level of our eyes and looks directly at us. When tilting the head or changing the position in space, these proportions will be visually distorted in accordance with the linear perspective, which the artists of Drawingforall.net talked about in one of our previous articles.

So, how to put this knowledge into practice? Before you start drawing, you first depict the total volume of the head in the shape of an oval, place the horizontal line of the eyes and the vertical line of facial symmetry on it, then begin to gradually indicate the location of the parts of the head, taking into account all of the above proportions.

In this article, the team of Drawingforall.net told you about the most important and significant principles of the proportions of the human head. As mentioned above, this knowledge is very important if you want to be able to draw realistic and compelling portraits. To bring all this knowledge and skills to the ideal, draw as often as you can. Indeed, despite the fact that knowledge is a great power, only practice can make you a real artist.