Lines are the basis of any drawing, and in this article, the team of Drawingforall.net will tell you everything you need to know about the lines and how to draw them correctly.

Drawing lines may not be as simple as it might seem at first glance. The line in the artwork should be smooth and beautiful because a beautiful and correct artwork consists of just such lines. You can come up with a beautiful composition, and understand everything in drawing, but if your lines are sloppy and crooked, then the drawing may be ruined. Lines create contours, fill in shadows, and draw halftones. If you learn to create beautiful lines, then your drawings will immediately become much more expressive and convincing.

The lines are different. You can draw a straight, curved, or winding line. Whatever line is, it should be drawn as confidently and cleanly as possible. For example, a straight line should be straight, like an arrow, and tight, like a string. A quick movement of the hand allows you to create such lines. But to ensure that these lines are perfectly smooth each time, persistent training is needed.

If the line you are going to draw is long, it can be made up of several shorter lines. But you must try to ensure that the lines are connected evenly, and create the feeling that this is one solid line.

Until you learn how to create straight lines, you must first aim, make several movements through the air, and then create the intended line with one straight and fast movement.

When drawing lines, you must hold the pencil correctly. The team of Drawingforall.net talked about this important skill in a previous article called how to hold a pencil.

There are many exercises to practice the technique of sketching lines. For example, you can mark a lot of dots on a sheet, and then sketch accurate and straight lines between them. Try to sketch lines with both fast and slow movements. In addition, you can sketch curving lines with different thicknesses. 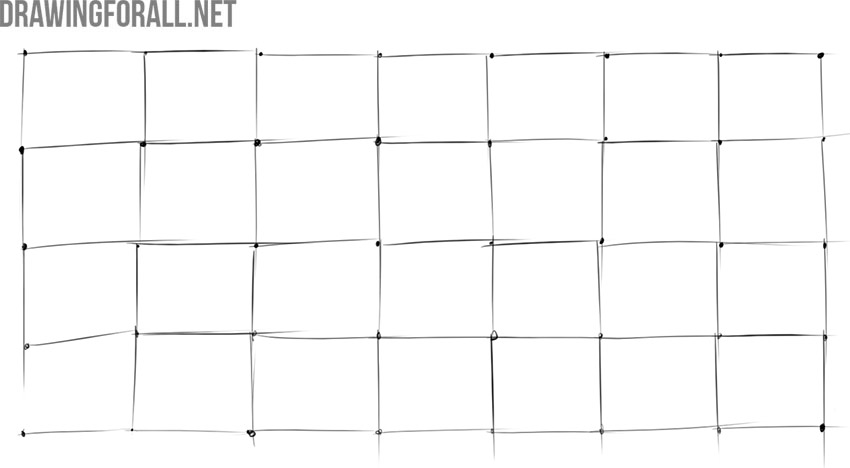 You can also try another exercise to train the straightness of the lines. Next, draw a few more lines on top of the already drawn line. You need to ensure that all lines are in the same place and are equally straight and even.

Such an exercise can be done with a curved line. Try to draw a long curvy line, and then repeat it several times, trying to trace the previously drawn line as accurately as possible.

But the line not only creates contours in the drawing, but it can also convey volume and perspective. Looking at the drawings of the masters of visual arts, you may notice that the lines are not the same in thickness. The line can be thick in one place, then become thinner, almost disappear and become thick again. It is these changes in the thickness of the lines that help the drawing to look voluminous and more realistic.

Let’s take a closer look at the properties of the lines that help to depict the volume and depth in the drawing.

Thicker lines seem closer than thinner ones. This property is based on the law of linear perspective, which consists in the fact that objects approaching us increase in size.

Darker lines also seem closer to us than light ones. This property is based on the laws of aerial perspective, which consists in the fact that more distant objects brighten and lose in contrast.

A line with sharper edges seems closer to us than a blurred line. This is also due to the law of aerial perspective, which consists in the fact that the contours of more distant objects are blurred and seem fuzzy. 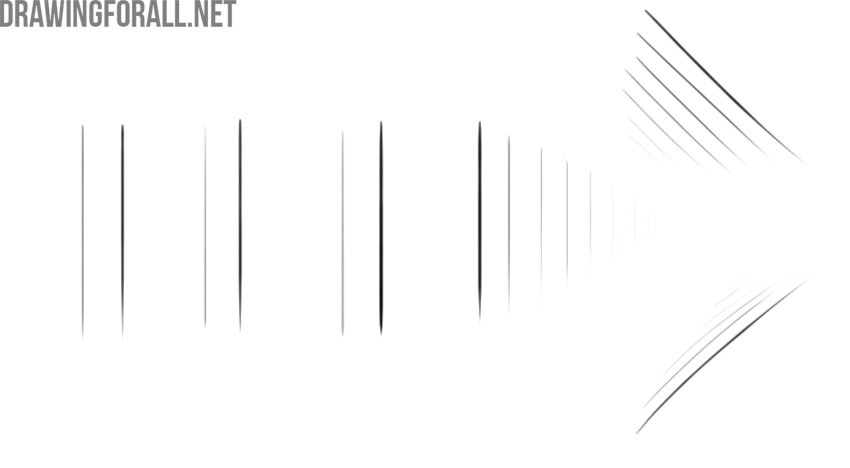 As you can see, the spatial properties of the lines are based on the laws of perspective.

Let’s look deep into time. Tens of thousands of years ago, lines were not just a means of transmitting a visual image, but also a means of transmitting important knowledge. With the help of drawings, created with lines, our ancestors depicted the hunting process and other daily activities. In fact, these drawings were a kind of ancient study guides for later generations.

The ancient Egyptians used lines to depict their rites on the walls, and the ancient Greeks, using lines, embodied epos on clay vases.

As artists, we must use the experience of previous generations and create with the help of lines truly cool works of art. And in order to learn this, practice drawing as often as possible, and read the articles and drawing tutorials created by the team of Drawingforall.net especially for you.