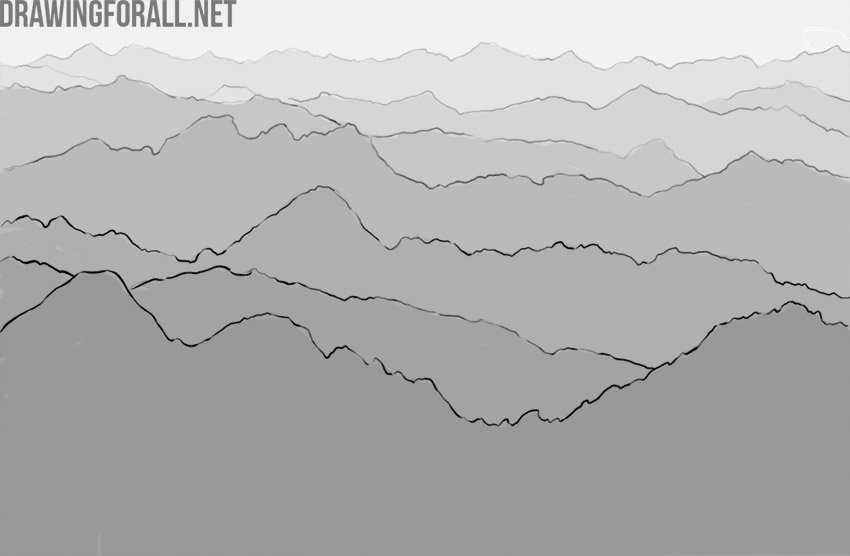 Observing objects from different distances, we see that the perception of these objects is changing. As objects move away from us, they appear less clear and crisp, and their color seems different than at the close range.

The thing is that the air layer is not completely transparent. It has the property of attenuating the illumination of an object as it moves away from us, blurring its contours, coloring the color of the object in its own color and making its details less noticeable. This is due to the fact that air is composed of particles that reflect light and have color. The same properties, but in a much more pronounced form, are characteristic of water.

The amount of absorbed and reflected light is constantly changing, which means we see the same landscape in different ways, depending on environmental conditions.

The layers of air that pass through the thickness of the air become weaker. The same effect affects light reflected from objects. As a result, on distant objects, the difference between the illuminated and unlit areas of the surfaces is smoothed out. The objects seem paler, flatter, and generalized.

In the example, drawn by the artists of Drawingforall.net, it is clearly seen that objects as they move farther begin to merge with the environment. Objects that are lighter than their environment begin to appear darker, and objects that are darker than their environment become lighter. In addition, the tonal contrast on objects becomes weaker, respectively, the shape of the objects become flatter. That is why voluminous objects seem closer to us, and stand out better in the environment. 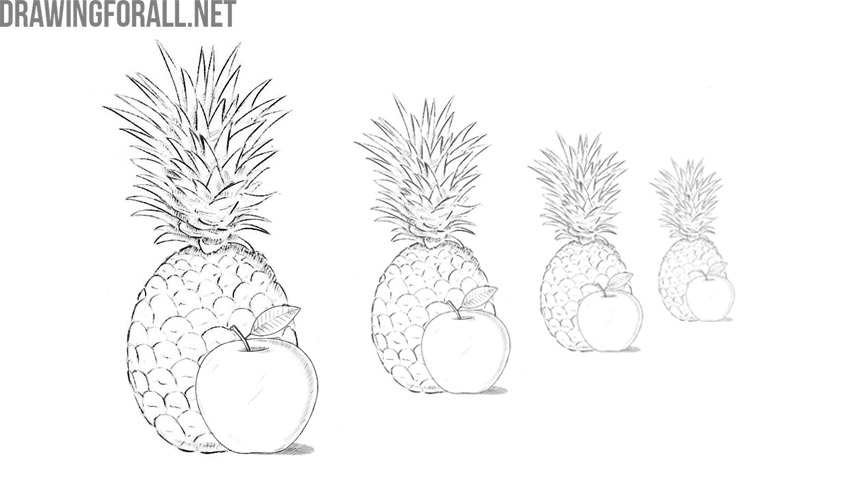 But it should be noted that the tonality and color of the air are not constant, and can vary depending on a huge variety of factors. Weather, time of day, an hour of the day, the nature of lighting, the presence of smoke and dust strongly affect tonality and color.

For example, you might notice how in the evening during sunset, the landscape surrounding you is painted in orange tones, and in winter this same landscape becomes colder and bluer. These effects become more noticeable during fog.

Due to the fact that the air is not completely transparent, objects lose the clarity of their contours and outlines when moving away from us. To correctly convey a far-spaced object on paper, it is necessary to soften its contours, that is, make them more blurry. 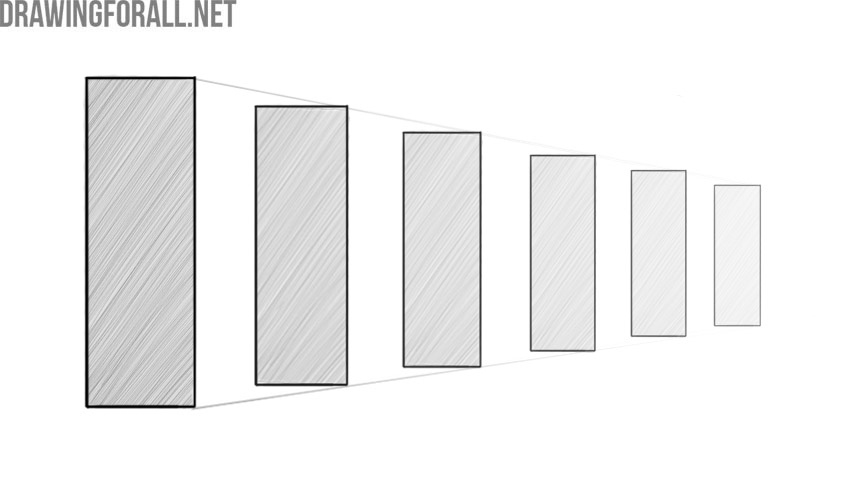 Does this mean that you can use the aerial perspective exclusively for creating landscapes?

Not really. All the principles of fine art are very arbitrary. This is a set of the most effective techniques, using which, you can depict three-dimensional objects on a two-dimensional sheet of paper. That is, when we are creating drawings, we exaggerate some effects. And the aerial perspective is one of those effects that we exaggerate to increase the expressiveness of our artworks.

All of the above laws are relevant not only for landscapes but also for still lifes and portraits. In order to apply the above, it is necessary to conditionally divide the composition into different sections. For example, when portraying a still life, more distant objects should be depicted less clear and the detailed that the objects located closer to us. When creating a portrait, one should make the eyes more detailed and clear than hair and ears. This will draw the attention of the viewer to the necessary details.

These rules are very important because if you do not follow them, your artwork will seem less convincing. Imagine a landscape or a portrait, where all the details are depicted equally in detail. This artwork would have lost its depth and would have looked boring, monotonous, and even annoying.

Aerial and linear perspectives. are crucial in drawing. Indeed, it is with the help of them that the viewer senses the space in the depicted world. A correctly conveyed perspective makes the artwork lively, natural and truly convincing.

And at the end of the article, the team of Drawingforall.net would like to encourage you to practice as often as possible. We do not get tired of repeating this, because practice is the best friend of any artist. The more often you pick up a pencil and create sketches, the more heights in the artist’s skill you will get.

Remember everything that the artists of Drawingforall.net wrote about in this article and try to create a sketch using the knowledge you gained. Thus, you consolidate the knowledge and learn how to apply it in real work on the drawing.

By the way, do not forget to subscribe to Drawingforall.net on social networks and tell your friends about us. Also, write to us what articles you would like to see on the pages of our site.