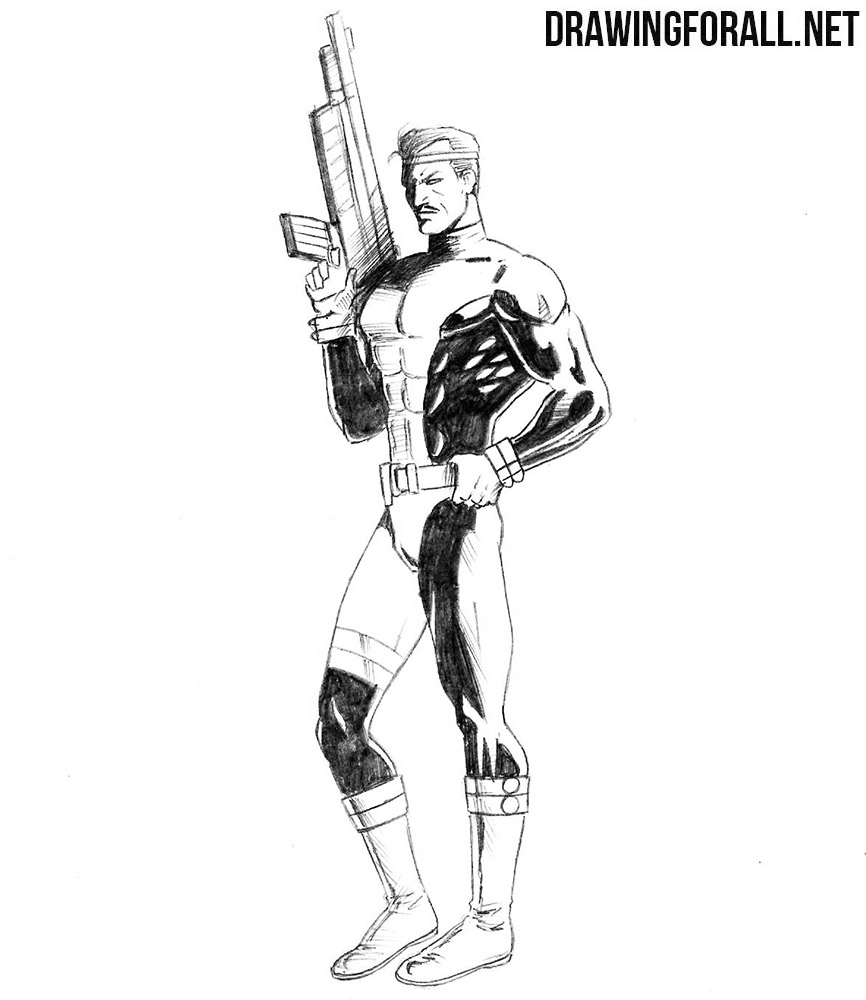 Hello dear artists and comic book lovers. You probably already noticed that we love comics and like to draw characters from comics, both known and less known. We have already drawn such mega popular characters as Spider-Man and Superman. But in today’s lesson we will tell you about a much less well-known character. So, let’s start the lesson about how to draw Forge from Marvel.

So, let’s start with the skeleton. Sketch out the head of our character that looks like an inverted egg. Next, using normal lines sketch out the neck and spine. On the line of the spine draw the chest and pelvis. At the end of this step sketch out the arms and legs. 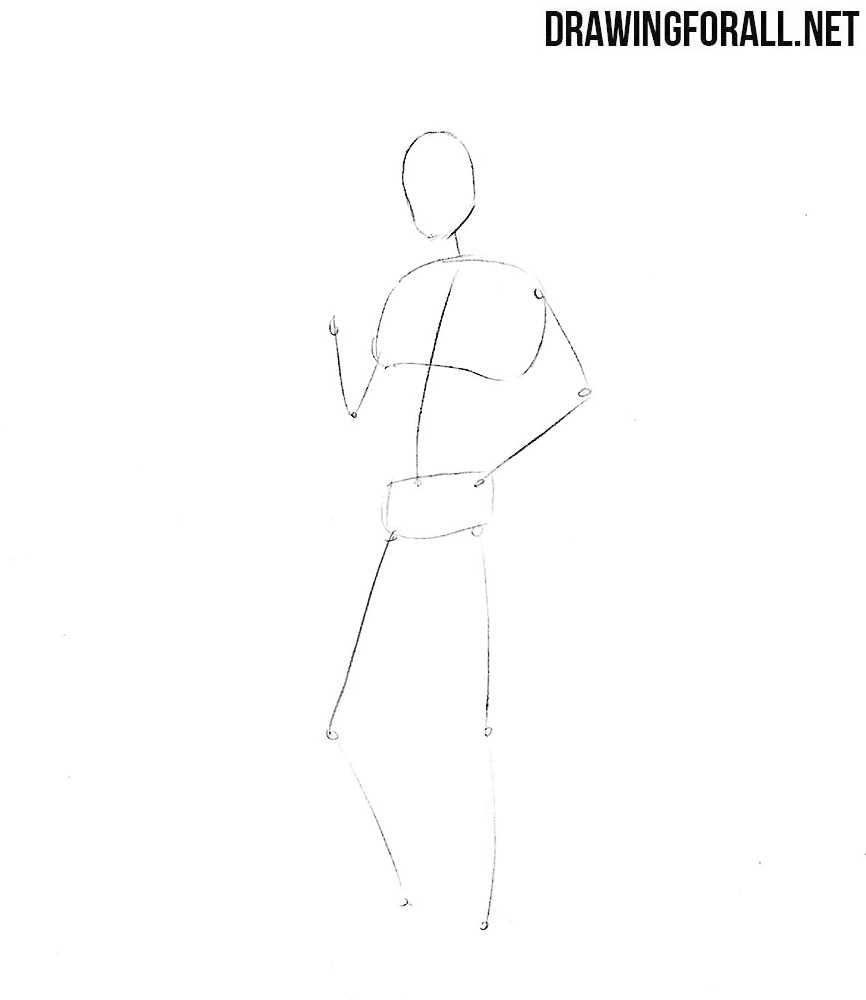 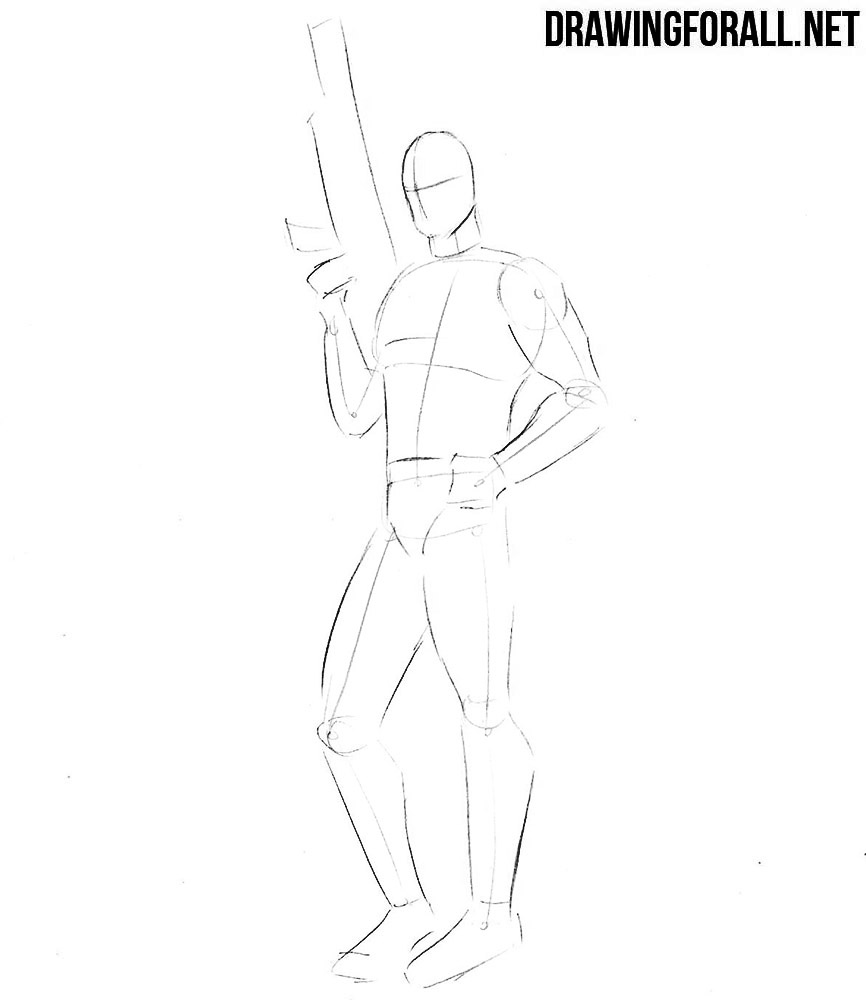 Now let’s take care of the details. Let’s start as always from the top, that is, with the head. On the horizontal line draw out eyes and frown brows. Next, draw out the nose and lips. Outline a thin mustache (the iron man had similar mustaches). At the same step add some wrinkles on the face. 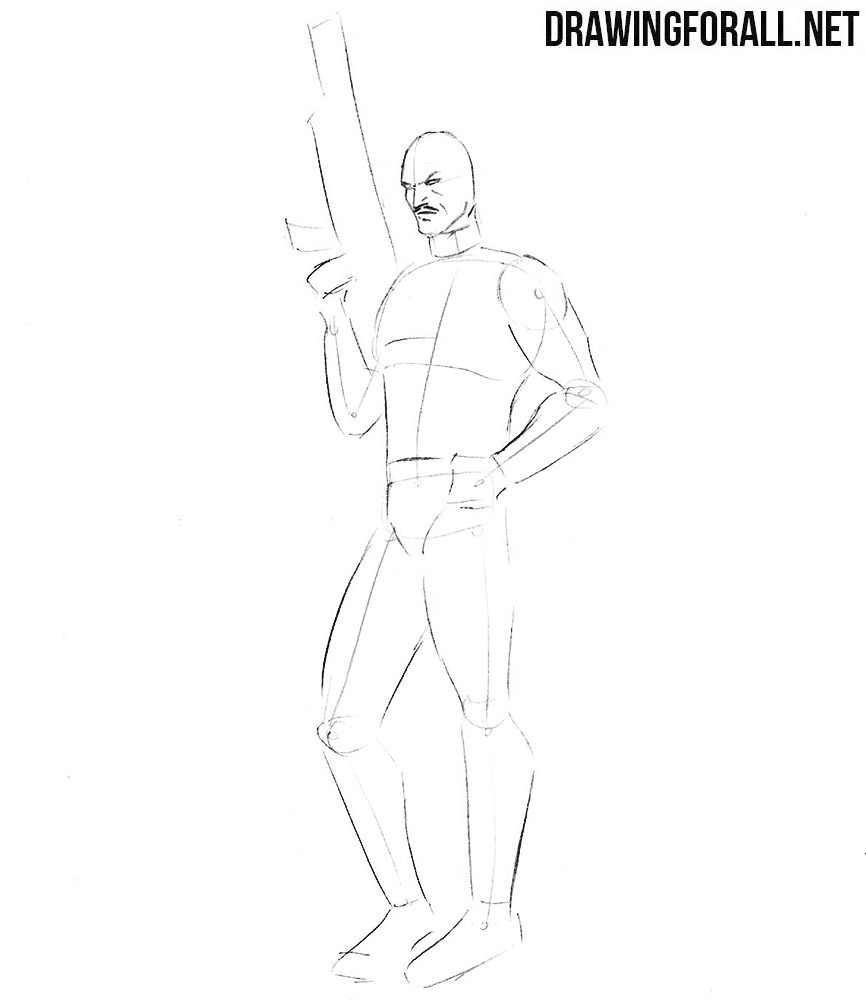 At this step we finish drawing the head of Forge. Carefully draw out the hair and bandage on the forehead. Draw out the angular outlines of the face. At the same step draw the neck and erase all guidelines from the head. 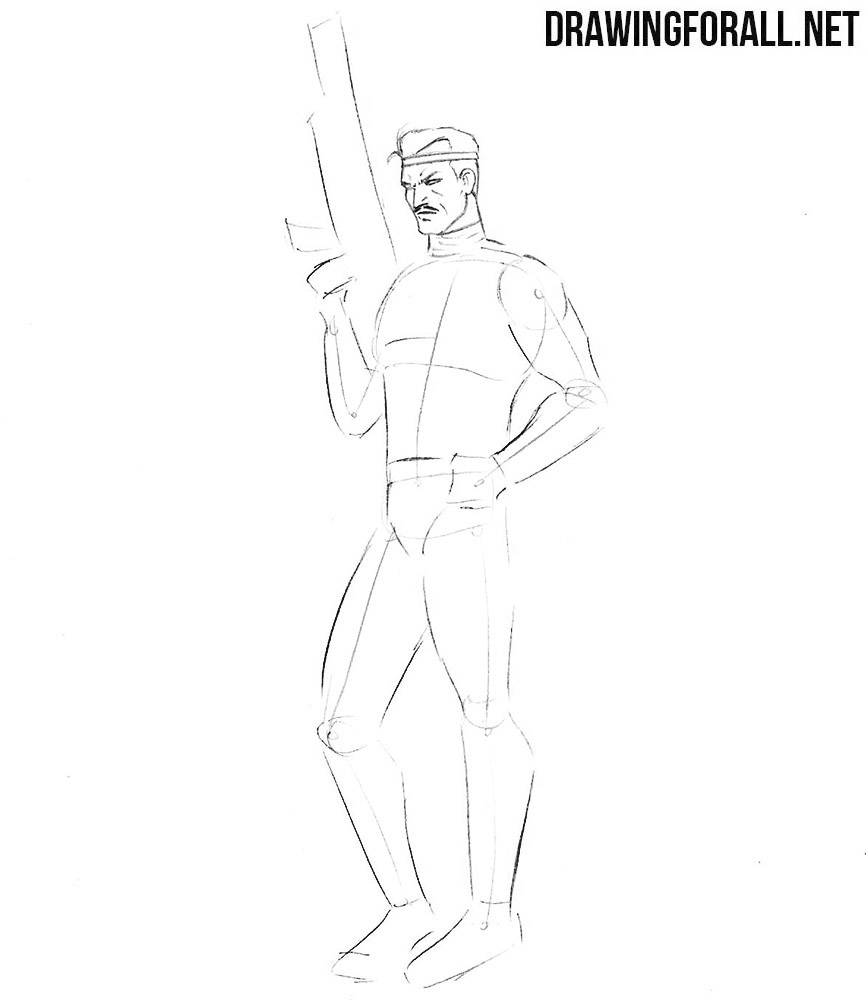 Now let’s move on to the torso. Carefully draw out well-developed pectoral and abdominal muscles. Next, draw the oblique muscles and the outlines of the details of the costume. 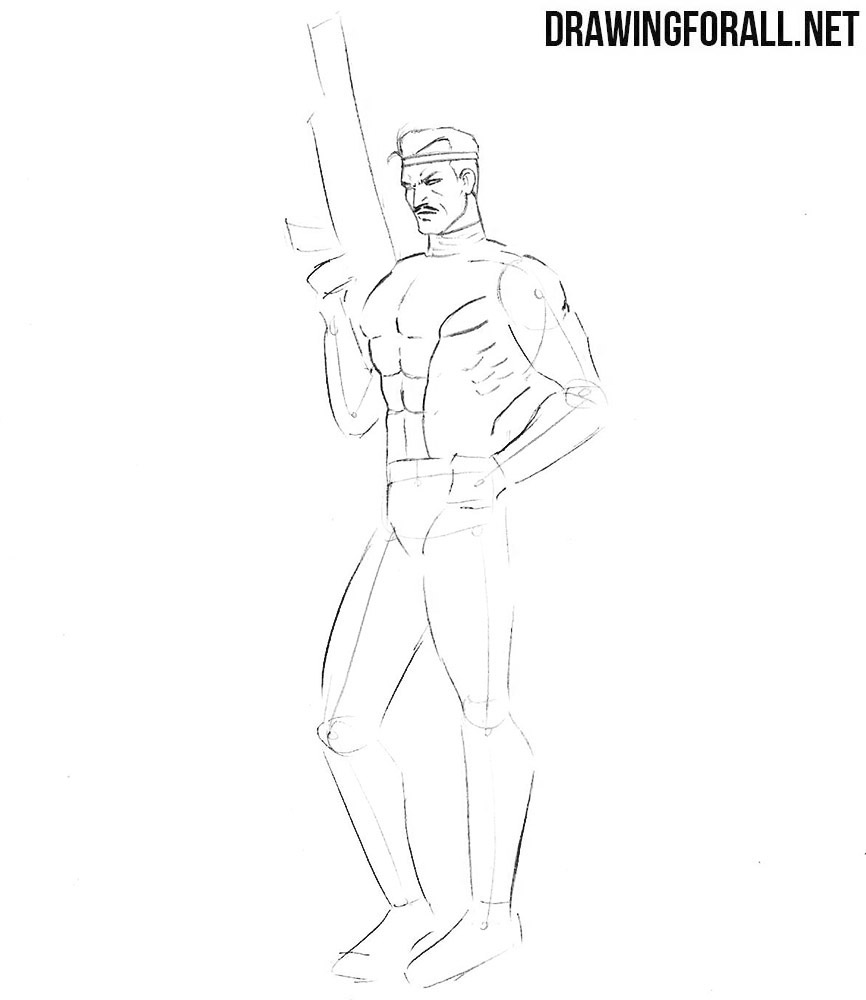 We continue the lesson on how to draw Forge. Draw out deltoid muscles, biceps, triceps and muscles of the forearm. Drawing hands, one of which is held on the belt and the other is holding a rifle. 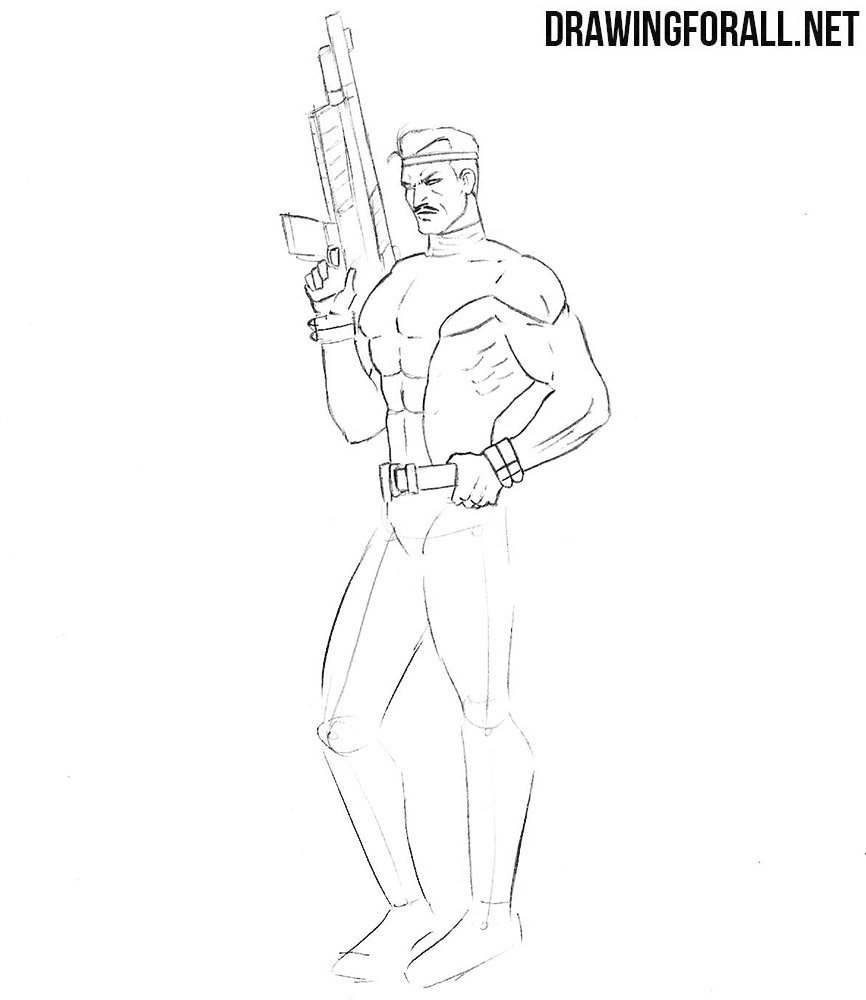 It remains for us to draw only the lower part of our superhero. Erasing unnecessary lines from the legs gently draw out all the lines and muscles. Sketch out the details of the costume and the necessary folds. 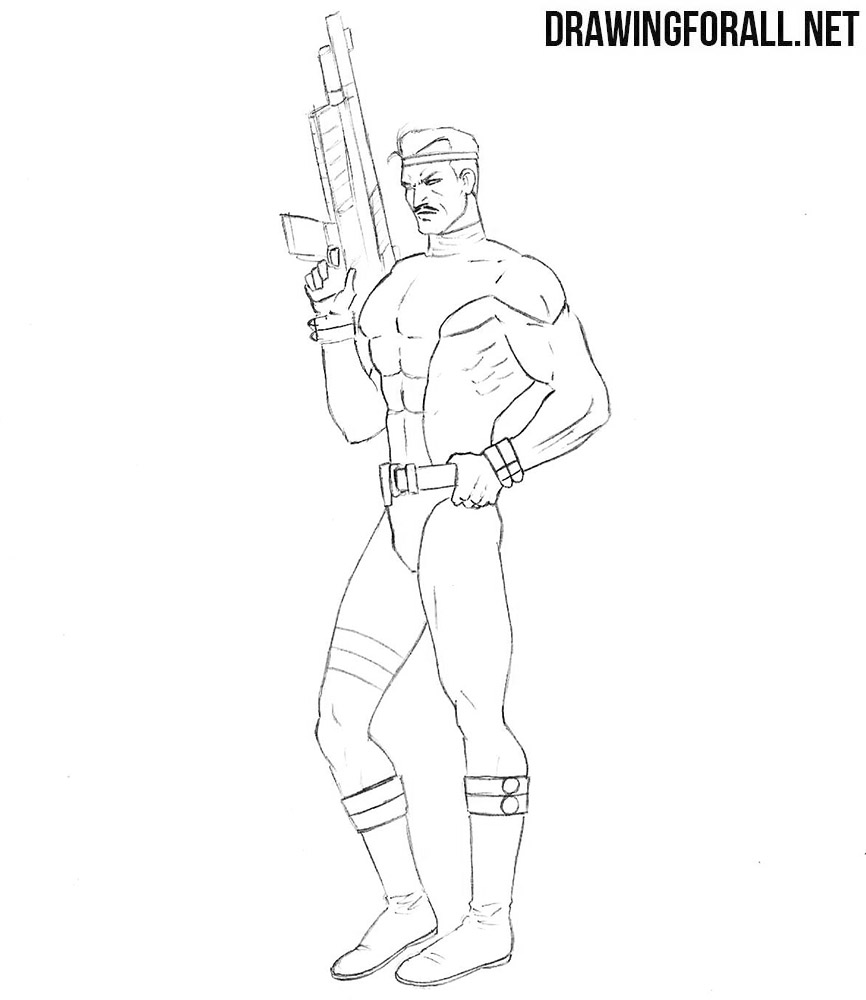 Now let’s put the shadows. In this lesson we use the classic manner of drawing shadows for comics. This style is characterized by black and contrasting shadows. In order to make such shadows, we first draw their outlines and then paint over them.

You probably already know that we have pages in all social networks, and maybe you are already subscribed to us and watch for updates. If not, then forget to do this and share our lessons with your friends.