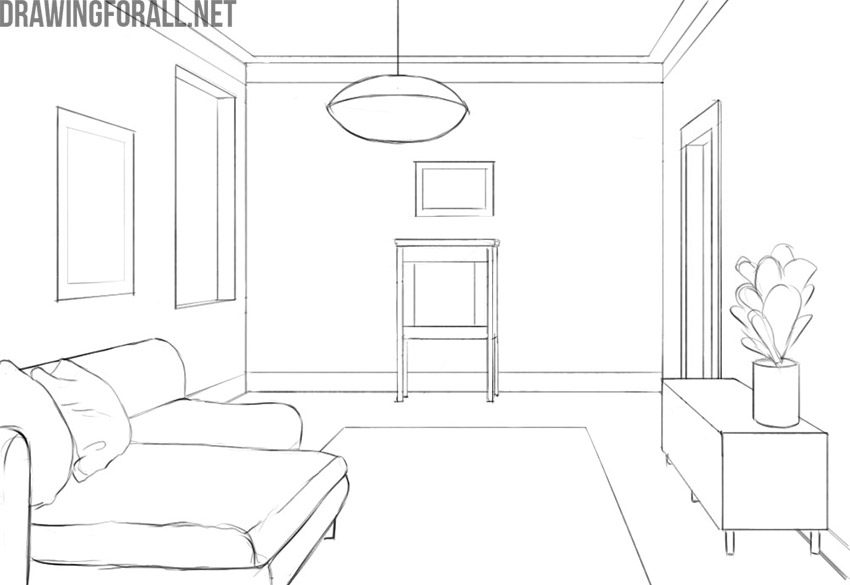 There is a range of knowledge and skills that are basic for any artist, and knowing how to draw an interior is one of them.

So, first of all, depict the lines of the corners of the room, which, according to all the laws of perspective, converge at one point. The lines should be very light in order to make it easier to correct them later. 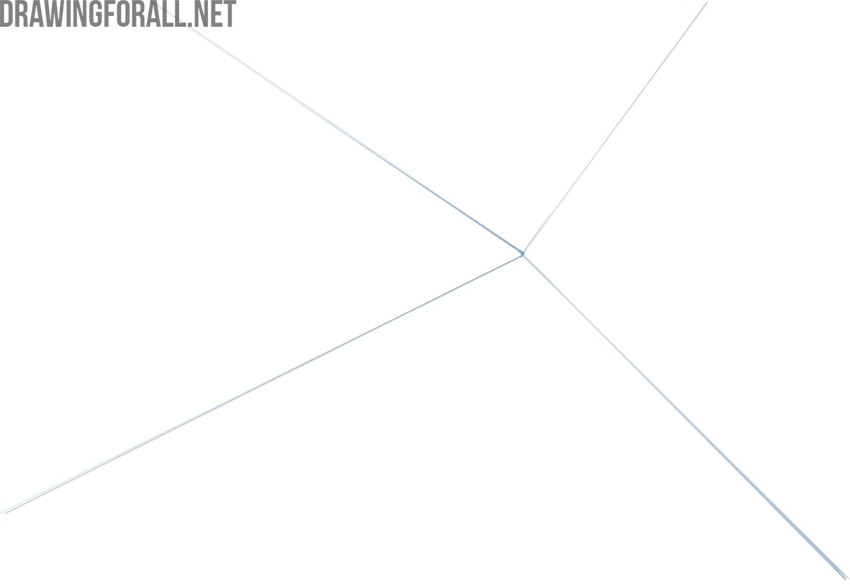 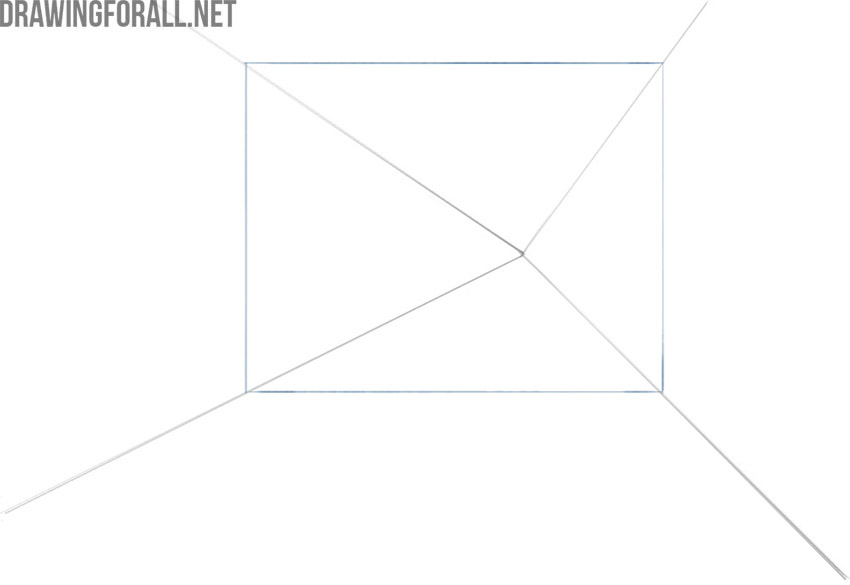 Now depict some more straight lines that will also converge at one point. These lines will help us in the next stages by depicting the doors and windows. 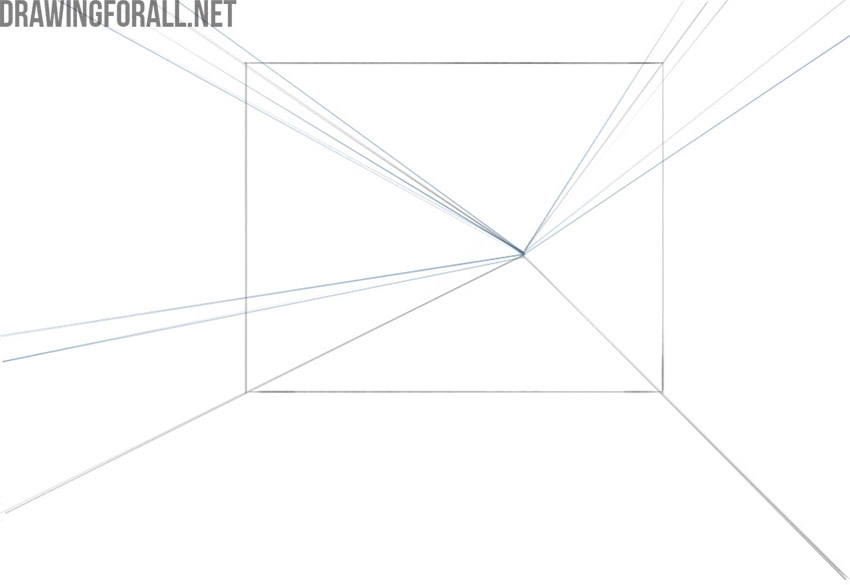 Now, using vertical lines, depict doors, and windows, as the artists of Drawingforall.net did in the image below. Do not forget that according to the rules of aerial perspective, the nearest lines should be darker than the distant ones. 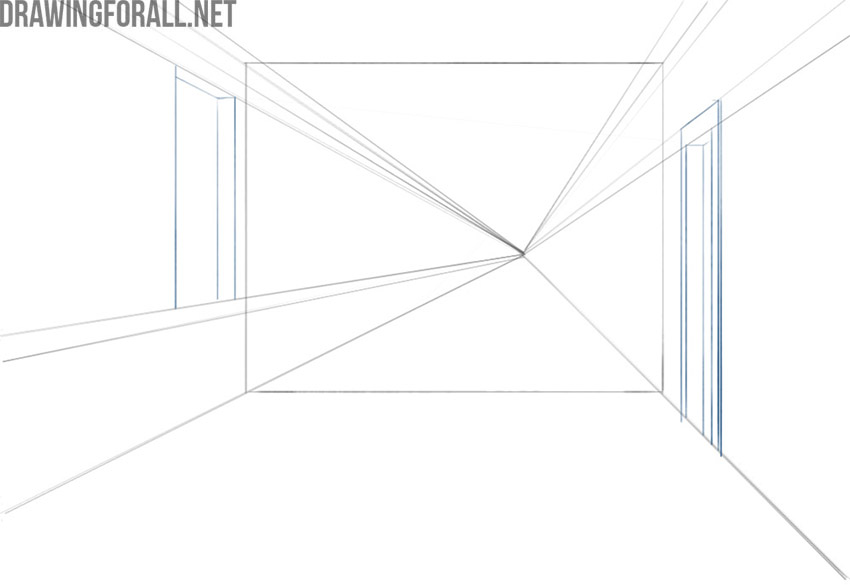 Let’s add a few more lines that traditionally converge at the single vanishing point. These lines will further help us depict the sofa on the left and the cabinet on the right. 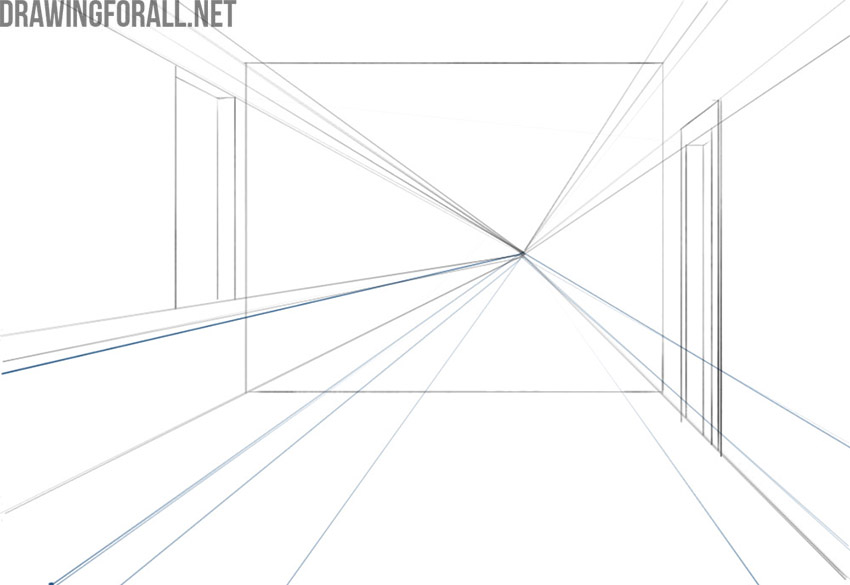 Using the lines from the previous stage, carefully depict the soft sofa on the left side. Further, using the lines on the right, depict a cabinet standing against the wall. 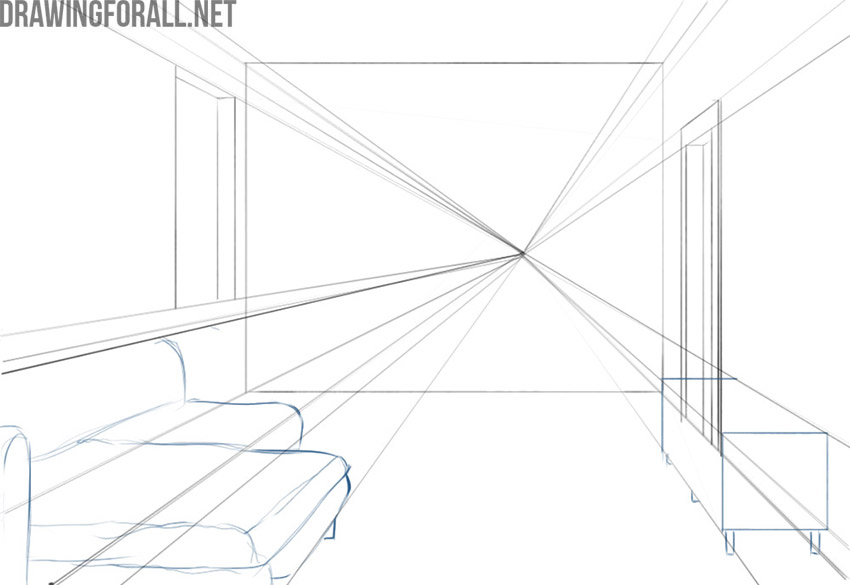 Now let’s add some details to the room. Depict a cabinet against the front wall and a picture hanging on the wall. Don’t forget to depict the cornice in the upper corner. 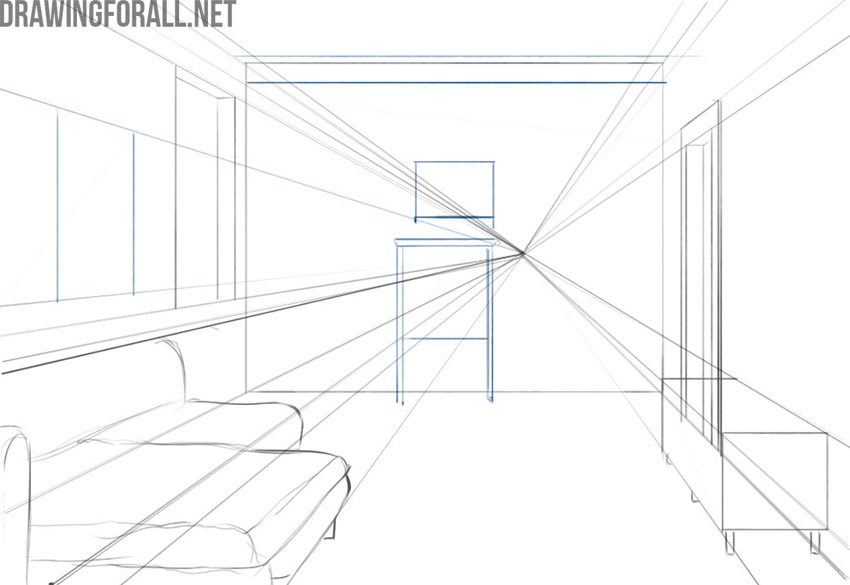 Erase all construction perspective lines and give the interior drawing a clean and complete look. Add details as needed. 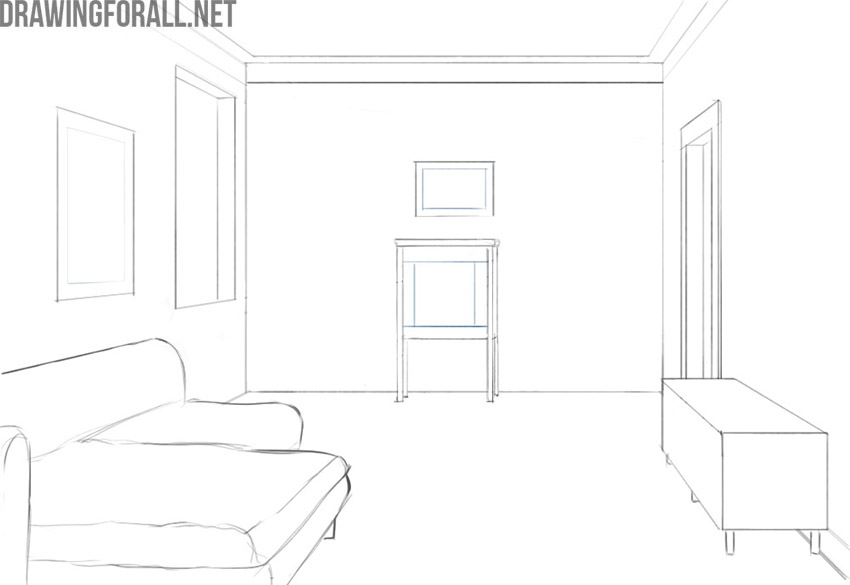 Don’t forget to depict a chandelier hanging from the ceiling, pillows on the sofa, and a vase with a plant on the cabinet. Finish the stage by depicting a long rug on the floor. 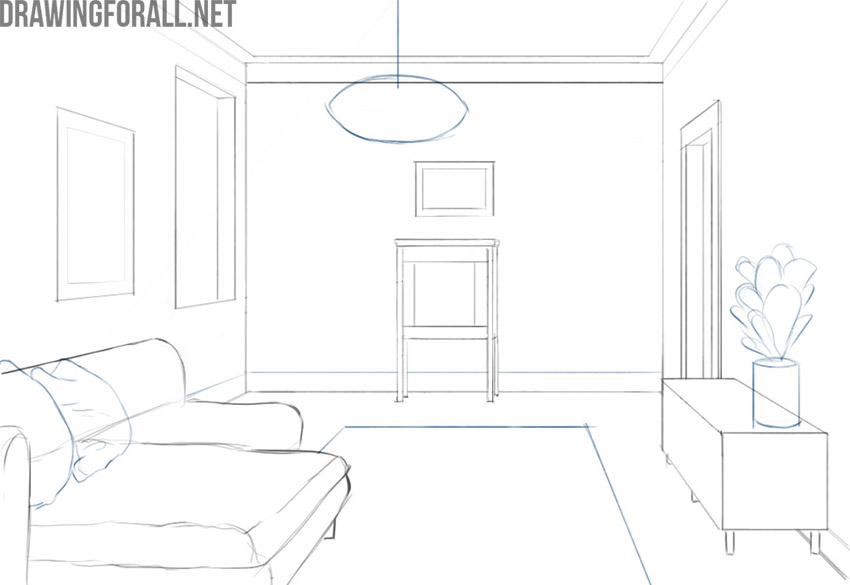 Erase any remaining construction lines and give the interior drawing a complete and clean look. If you did everything correctly, then the instruction on how to draw an interior is complete.

If you did everything correctly, then the tutorial on how to draw an interior is complete. Compare your artwork and the one created by the artists of Drawingforall.net. If you find any errors, then go back to the stage where the mistake was made and try to fix it.

With the help of the knowledge gained, try to depict your room. Try to depict different interiors using the principles of linear and aerial perspective, and the ability to draw simple geometric shapes such as rectangles and cubes.