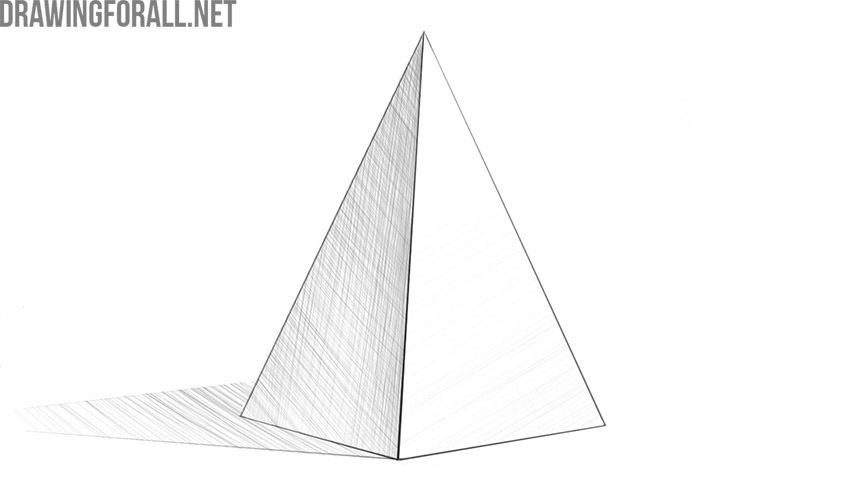 The ability to draw simple geometric shapes is a basic skill for any artist, and so today the team of Drawingforall.net will show you how to draw a pyramid.

The pyramid has faces and edges, such as a cube or a prism, and accordingly, the methods of depicting all these geometric shapes are very close.

As in the cube drawing tutorial, start with the front bottom angle, depicting it using two straight lines. It is very important to keep in mind that we are depicting a volumetric object. With this in mind, it is much easier to build correct three-dimensional geometric shapes. 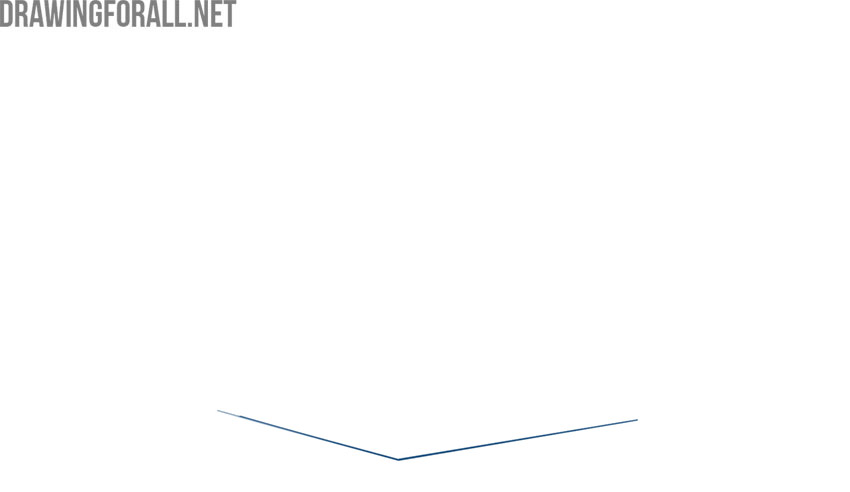 Now following the same method depict the far half of the bottom base of the pyramid. Let us recall again that it is extremely important to take into account the rules of linear perspective

and aerial perspective so that the pyramid drawing turns out to be correct and natural. 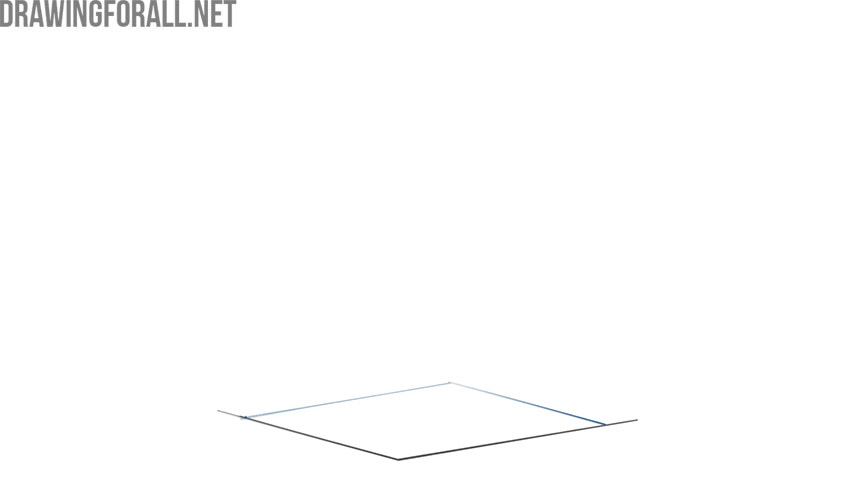 To make the pyramid even and proportional, we need to find the central vertical axis. For this purpose, depict two lines that come from the corners and intersect in the center of the base. Do not forget that the lines should be very light, because these are just constructive lines that will be erased in the future. 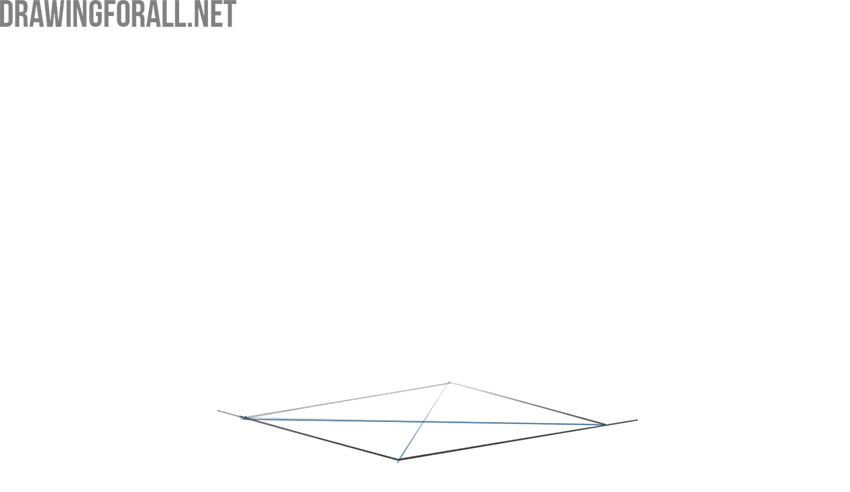 So, with a long straight vertical line, depict the central axis, which begins at the point that was indicated in the previous stage. Do not forget that this line will also be erased in the future, so try to make it as light as possible, barely visible. 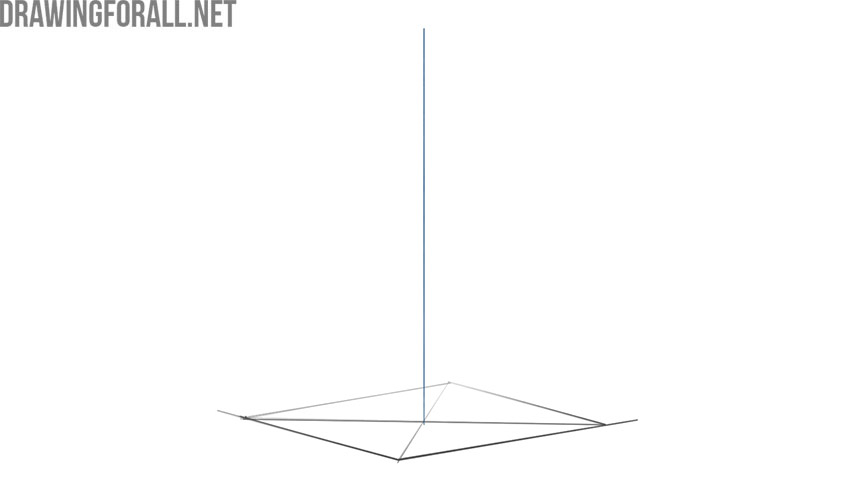 Now depict four lines that go from the corners, rise, and connect at a single point at the top. Do not forget that due to the laws of aerial perspective, the frontmost edge should be the darkest, while the lines in the distance should be much lighter. 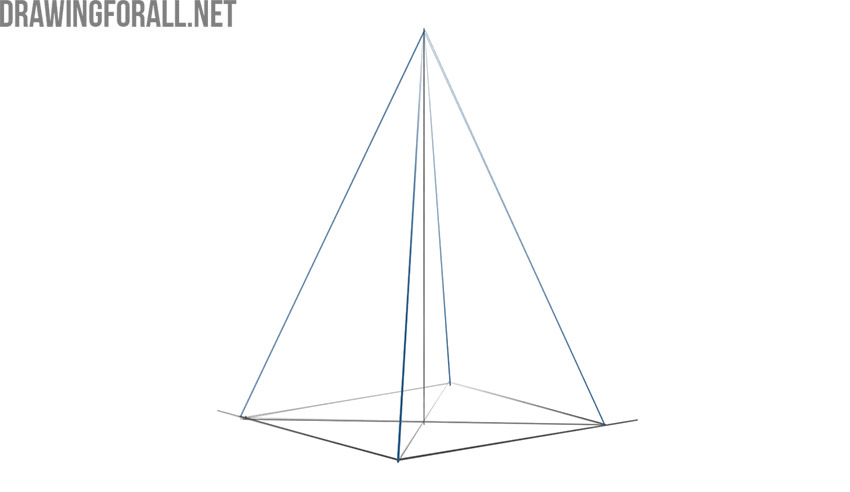 Now carefully get rid of all the construction lines we created in the first stages and give the image a more finished and clean look. Recall that in order to check the proportionality of the artwork, you need to look at it through a mirror, and then all mistakes will be noticeable. 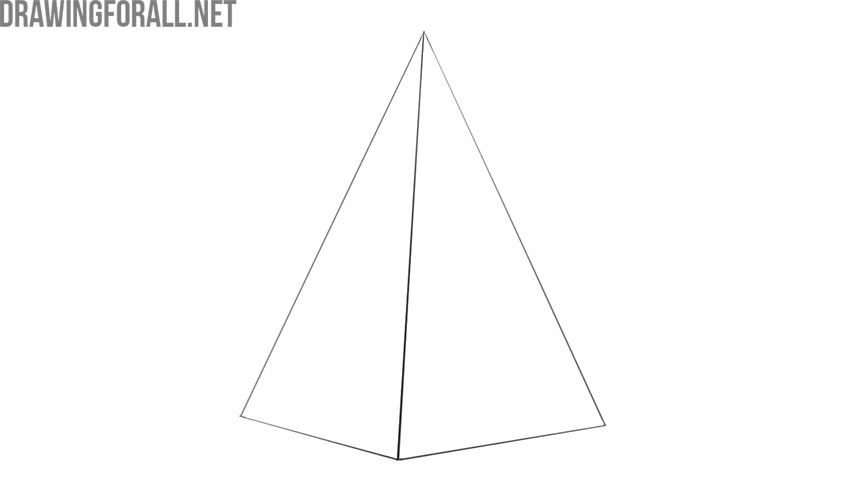 In order for the pyramid to get a truly volumetric and realistic look, you need to depict shadows. With the help of even hatching, begin to depict the shadows, as the artists of Drawingforall.net did in the image below. Do not forget also that shading should be depicted taking into account the shapes and volumes of the geometric figure. 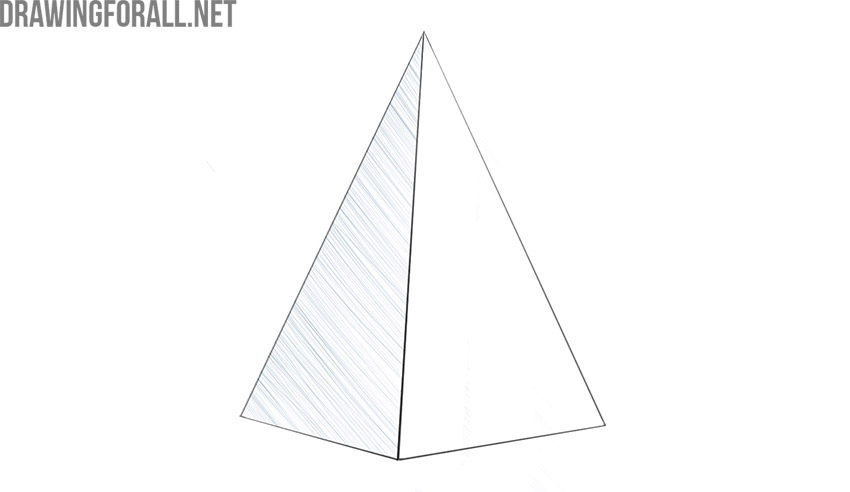 Continue adding shadows, making them darker and more contrasting where necessary. In the same stage, add some tone to the light side and depict the cast shadow so that the geometric figure does not look like it hangs in the air, but stands calmly on the surface. 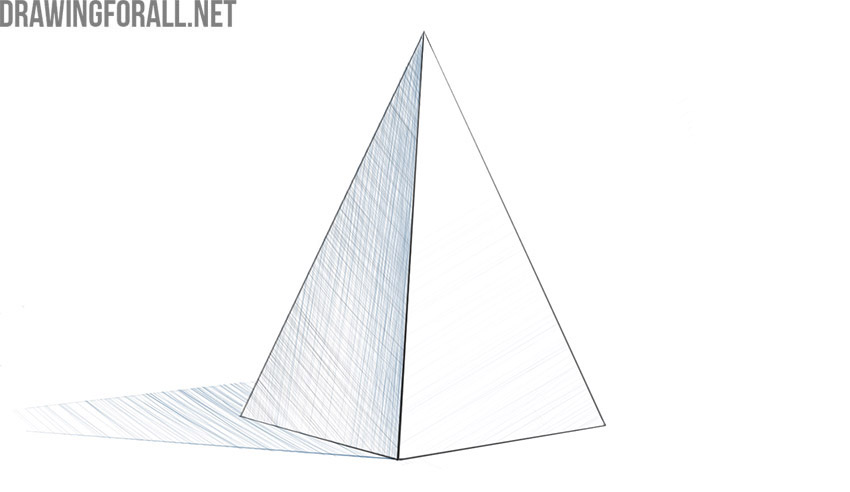 The instruction on how to draw a pyramid is complete. Look at your artwork and compare it to the one depicted by the artists of Drawingforall.net. If you find any inaccuracies and mistakes, then go back to the stage where you made the mistake and try to correct it.

If your artwork looks correct and you did not find an error, then do not rush to relax. The team of Drawingforall.net keeps reminding you that the main friend and teacher of any artist is training. As we said earlier, if you learn to draw for at least half an hour a day, then you will gradually raise your drawing skills to incredible levels.