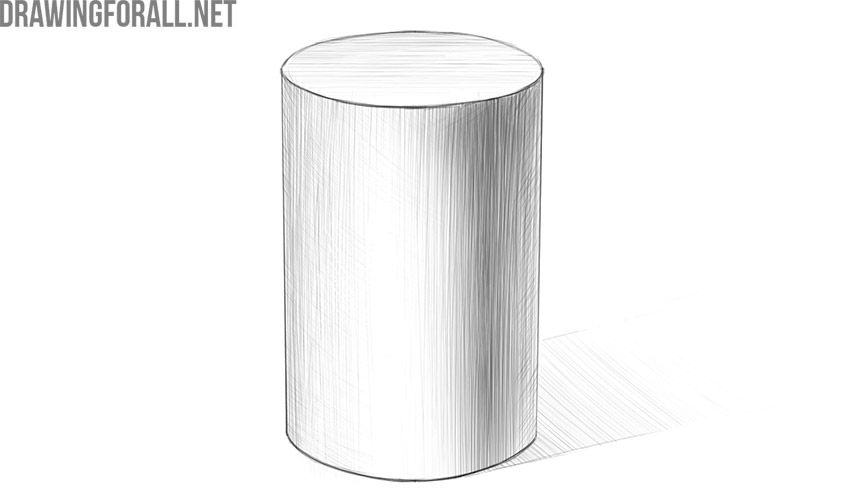 In this tutorial, the team of Drawingforall.net will show you how to draw a cylinder. Any complex object can be represented as a simple geometric figure.

And in order to be able to draw, you first need to learn how to depict simple shapes. By knowing how to draw cylinders, you can depict cylindrical objects such as arms and legs.

It should be noted that there are some difficulties in drawing cylinders. For example, many are faced with the fact that the cylinder turns out to be uneven and asymmetrical, and the top and bottom edges do not look natural.

By following all the tips by the artists of Drawingforall.net and moving through the stages of our article, you can learn how to draw a correct and beautiful cylinder, so scroll down the page below and start the creative process. 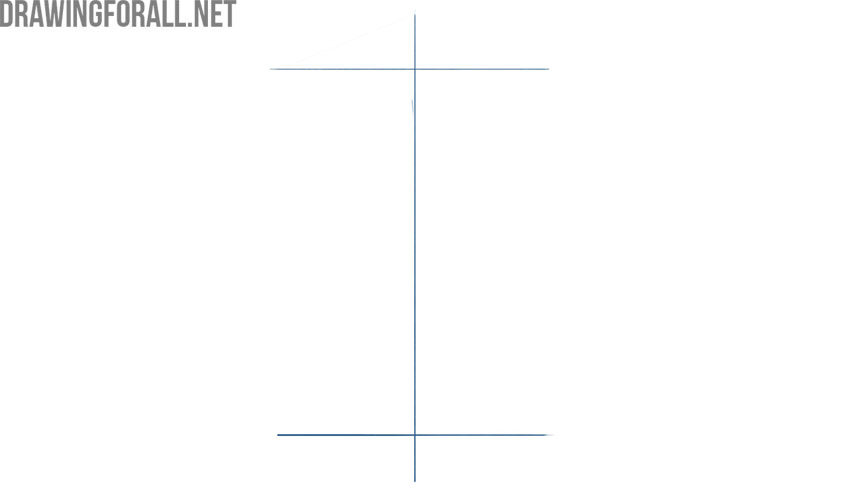 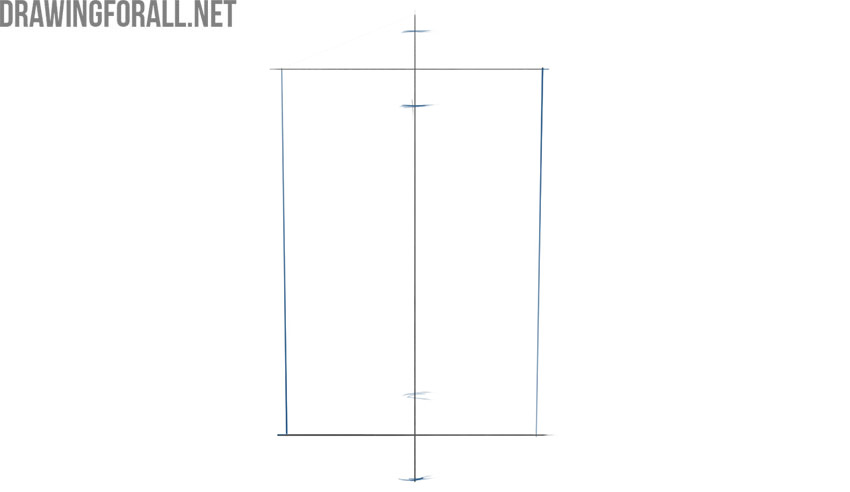 Now, using the strokes from the previous stage, carefully depict the top and bottom faces of the cylinder. Note that in accordance with the laws of linear perspective, the top face should be more flattened than the bottom. It is very important to keep in mind that we are depicting a volumetric object. It is necessary to depict a cylinder with an understanding of its three-dimensionality of forms in space so that the result is the most natural. 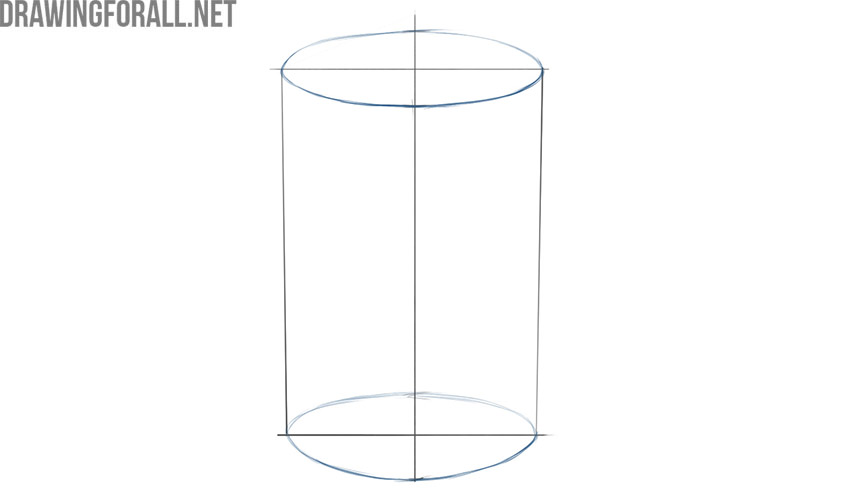 Now get rid of the extra constructing lines and try to give the sketch a cleaner and more complete look. If it seems to you that the cylinder drawing does not look symmetrical enough, but you cannot understand what is happening, just look at it through the mirror, and all mistakes will become more noticeable. 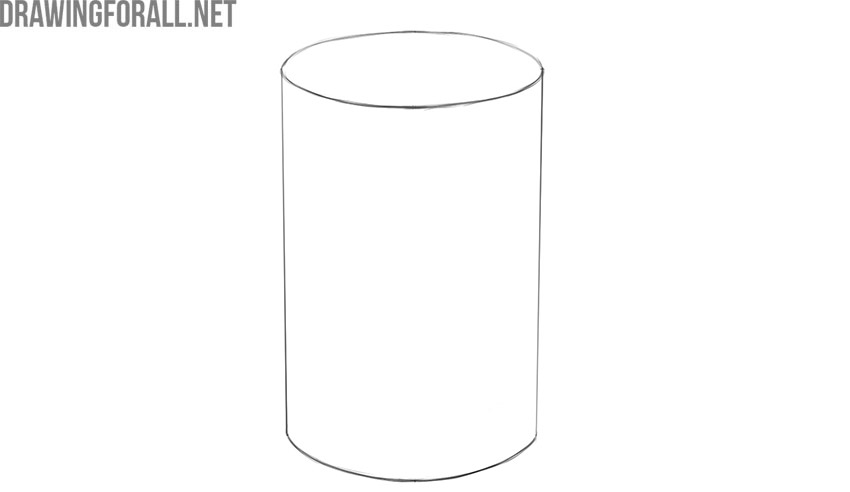 To depict the shadows correctly, it is also necessary to keep in mind that we are drawing a volumetric cylinder on a plane. With this in mind, carefully begin shading the darkest areas, following all the rules of light and shadow (be sure to read this article, it will help you understand the essence of drawing shadows more deeply). Also do not forget to depict the outlines of the cast shadow. 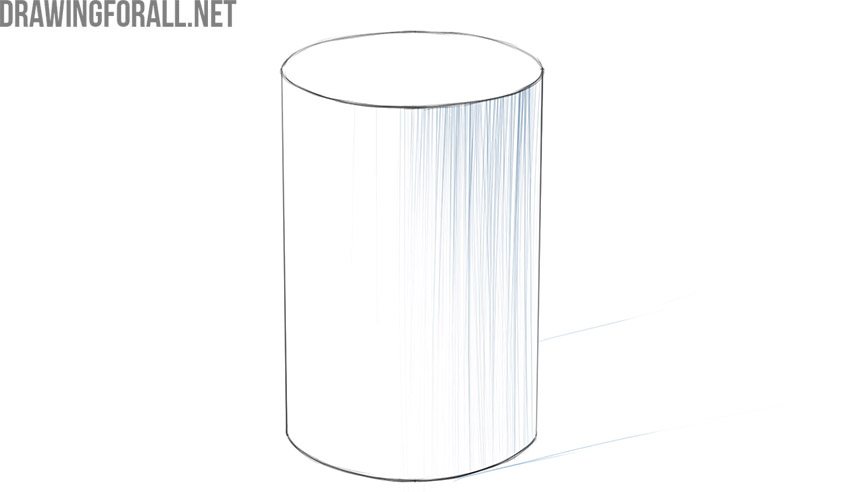 Continue adding shadows, making them thicker and darker. Do not forget that in order for the object to look the most voluminous, you should depict shadows taking into account the volume and shape of this geometric figure. In addition to the shadows on the cylinder itself, depict shadows on the plane on which the cylinder rests to get rid of the effect of hanging in the air. 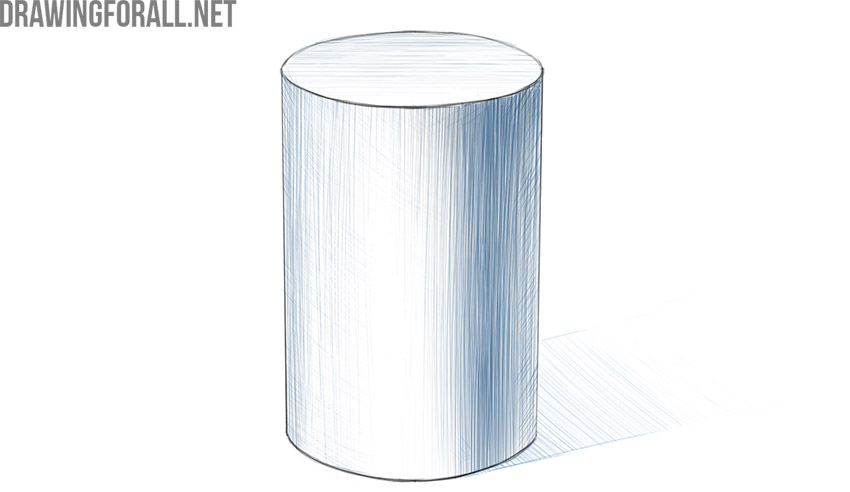 So, if you did everything exactly as in the guide on how to draw a cylinder, created by the artists of Drawingforall.net, then your artwork should be similar to what you see below these words. But if you made a mistake, then go back to the stage where you made a mistake and fix it.

Let the team of Drawingforall.net remind you again that in order to become a real artist, you need to paint as often as possible. It is not necessary to paint every day from morning to night, it is enough to devote at least an hour or half an hour to the fine arts. If you follow this rule, then sooner or later you will raise your drawing skills to unprecedented levels.