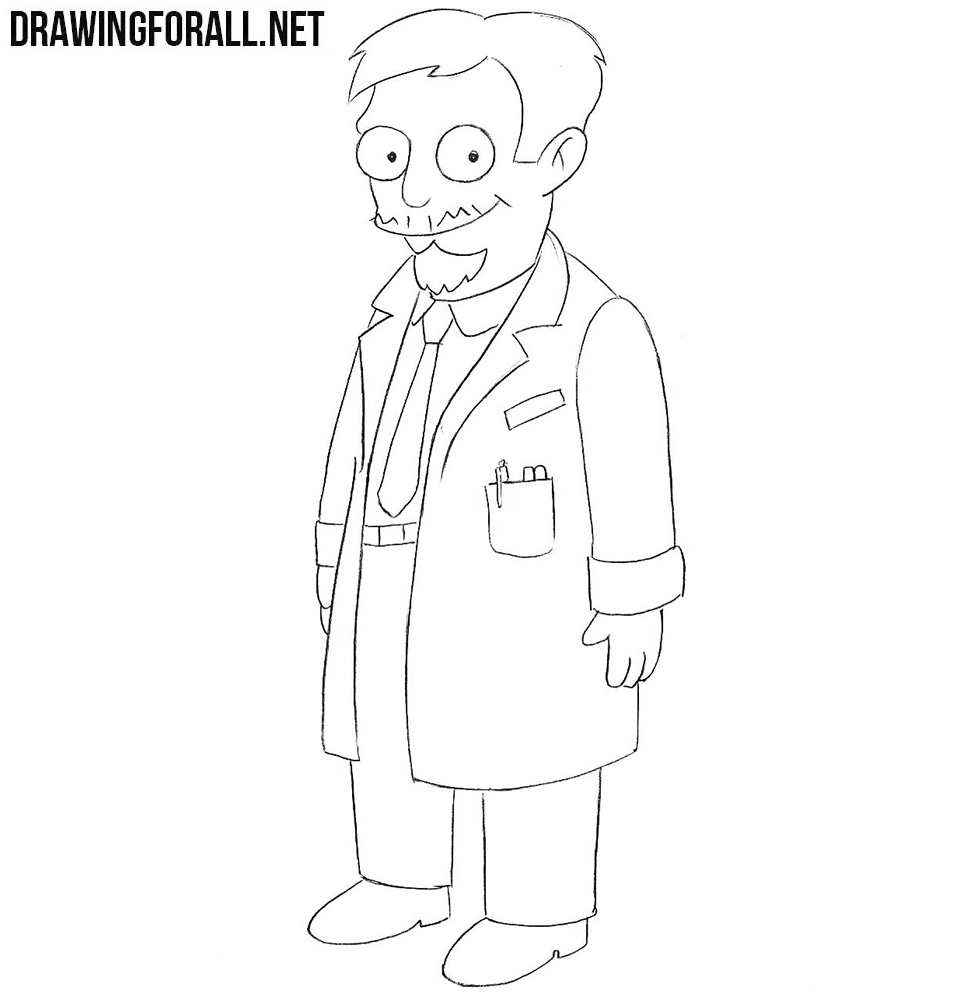 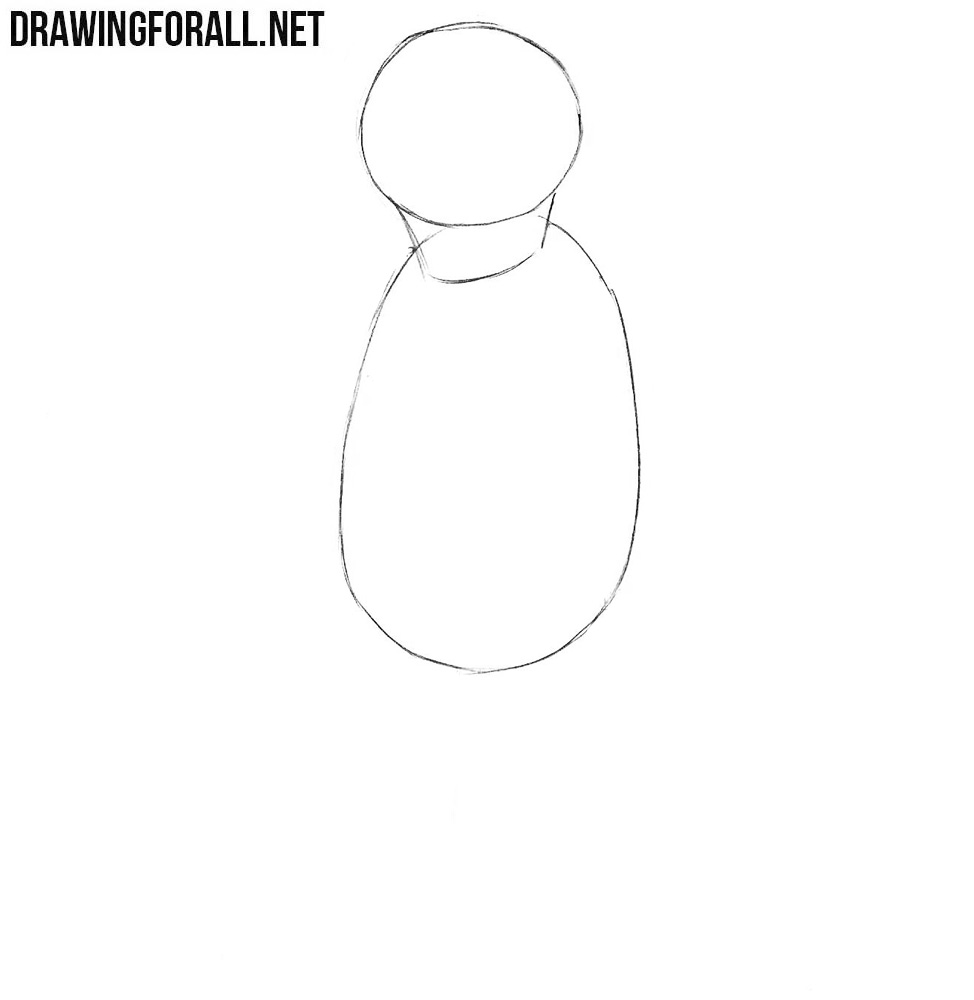 with the help of simple geometric figures. 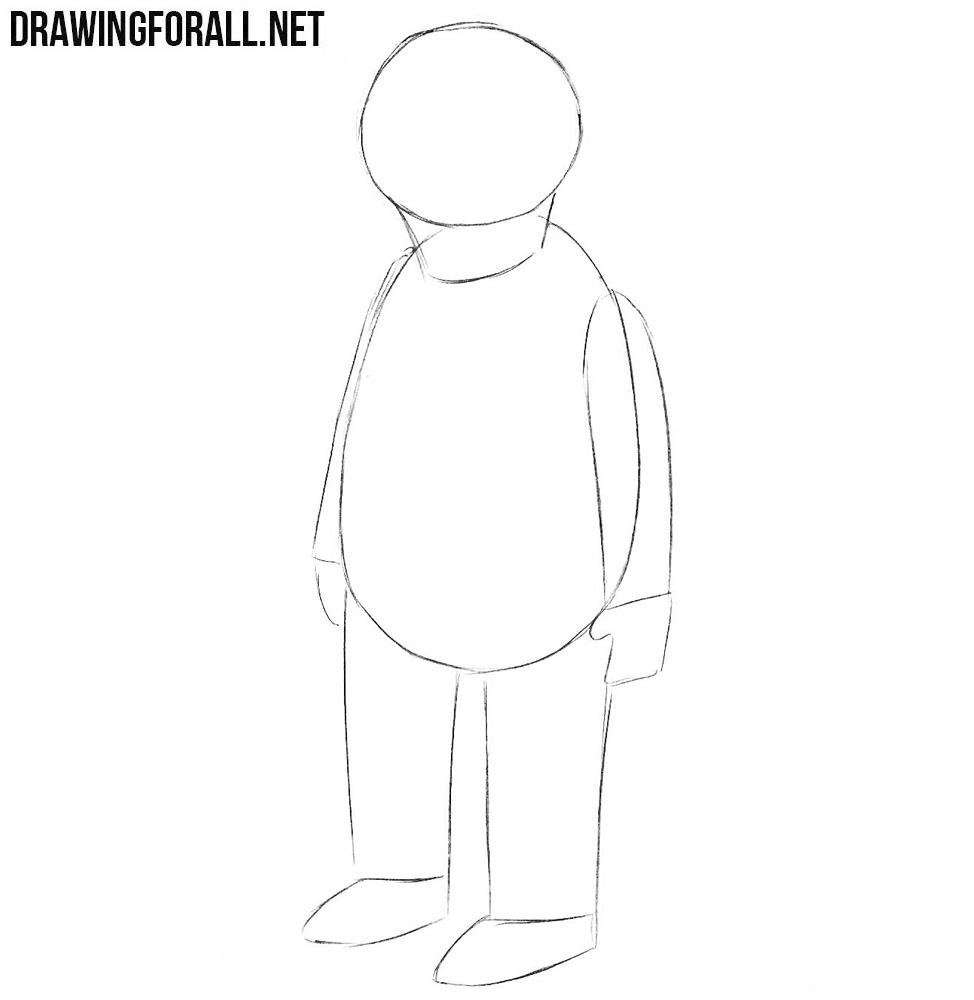 With the help of two circles draw the eyes and pupils inside the eyes. Draw the nose and move to the next step. 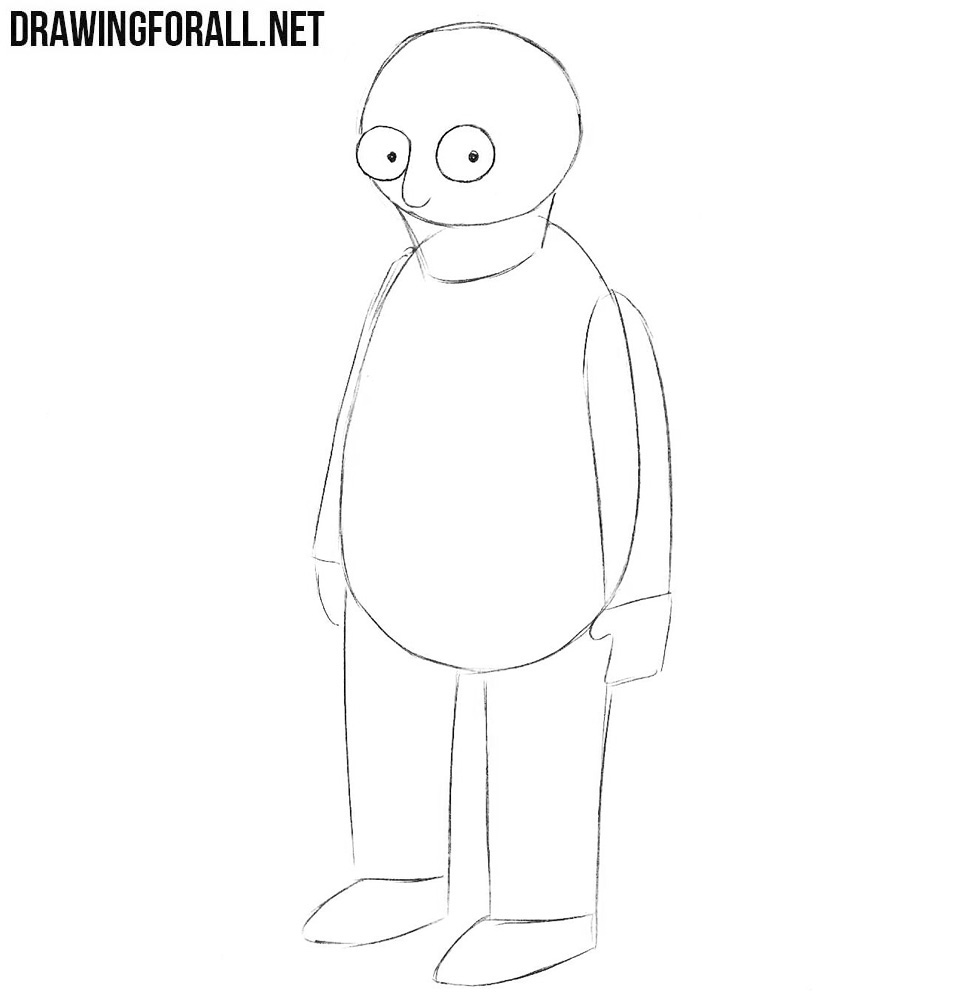 Now we move a little higher and draw a forehead and a strange hair of our doctor. 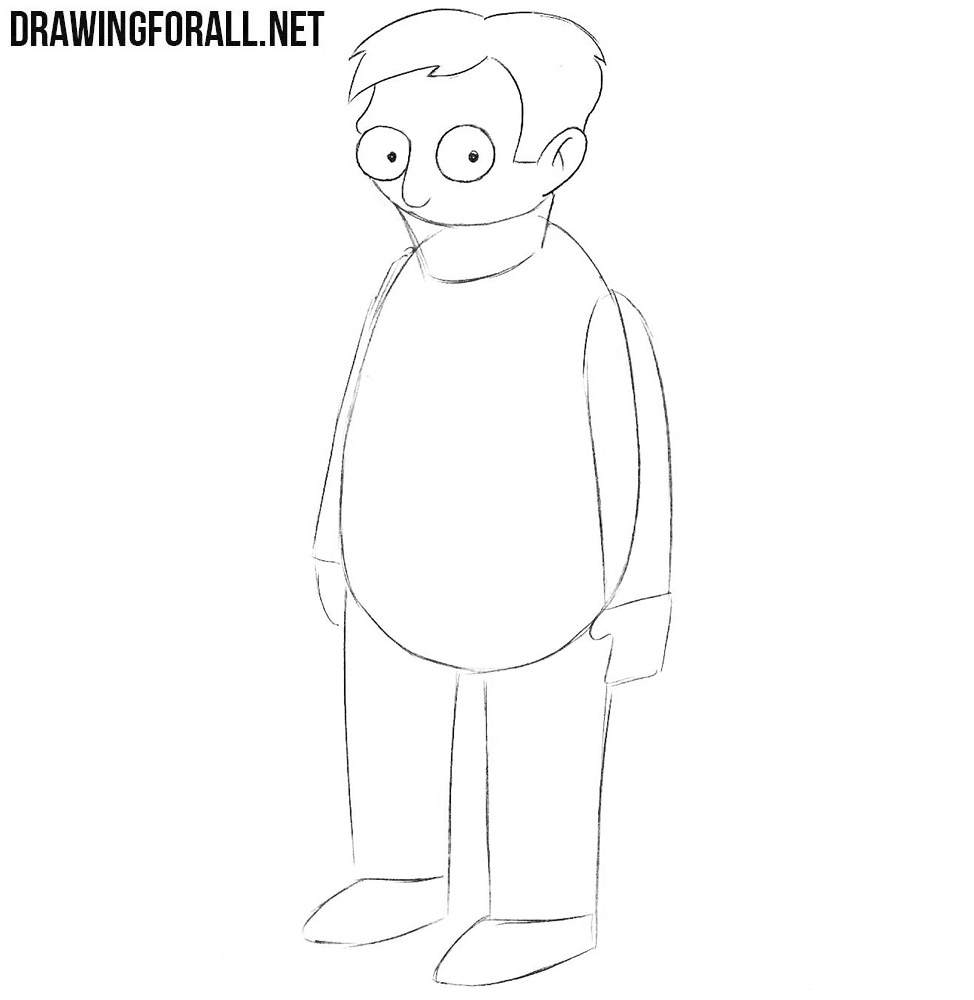 We move a little lower and carefully draw out a mouth and a mustache. 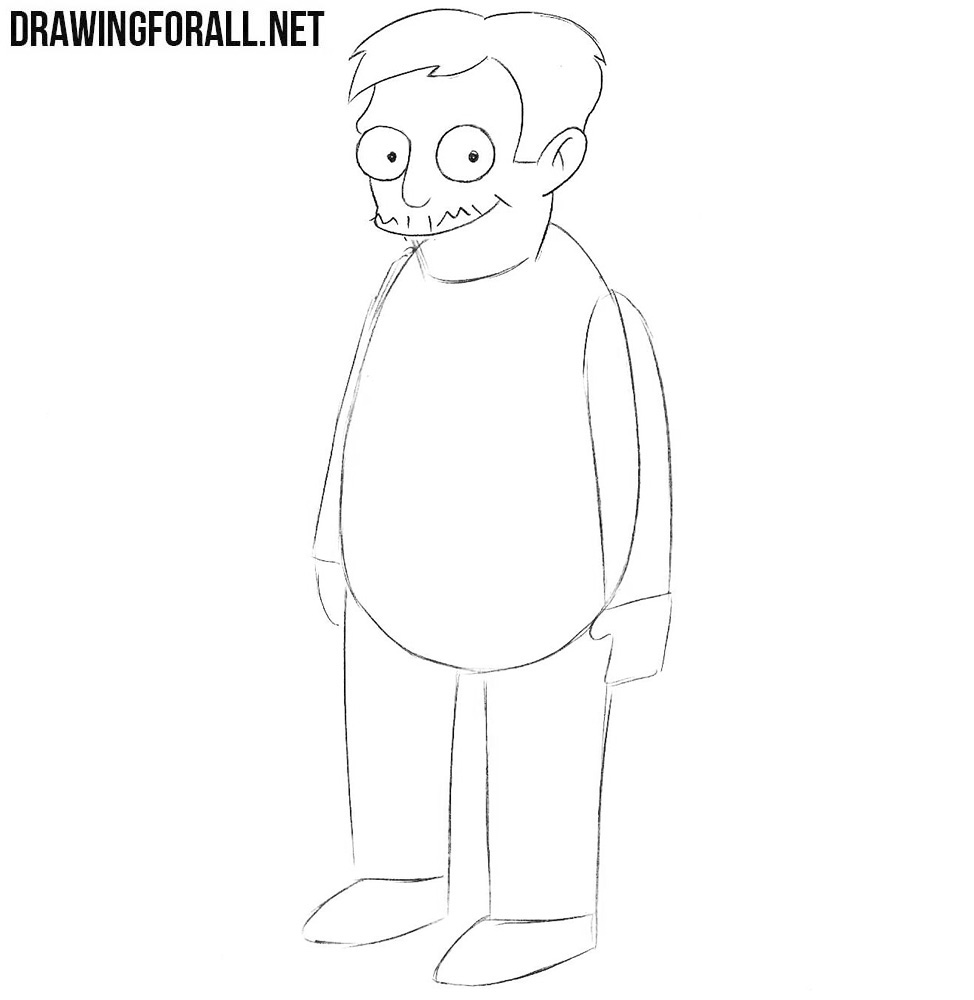 We move even lower and gently draw out a beard and neck of doctor. 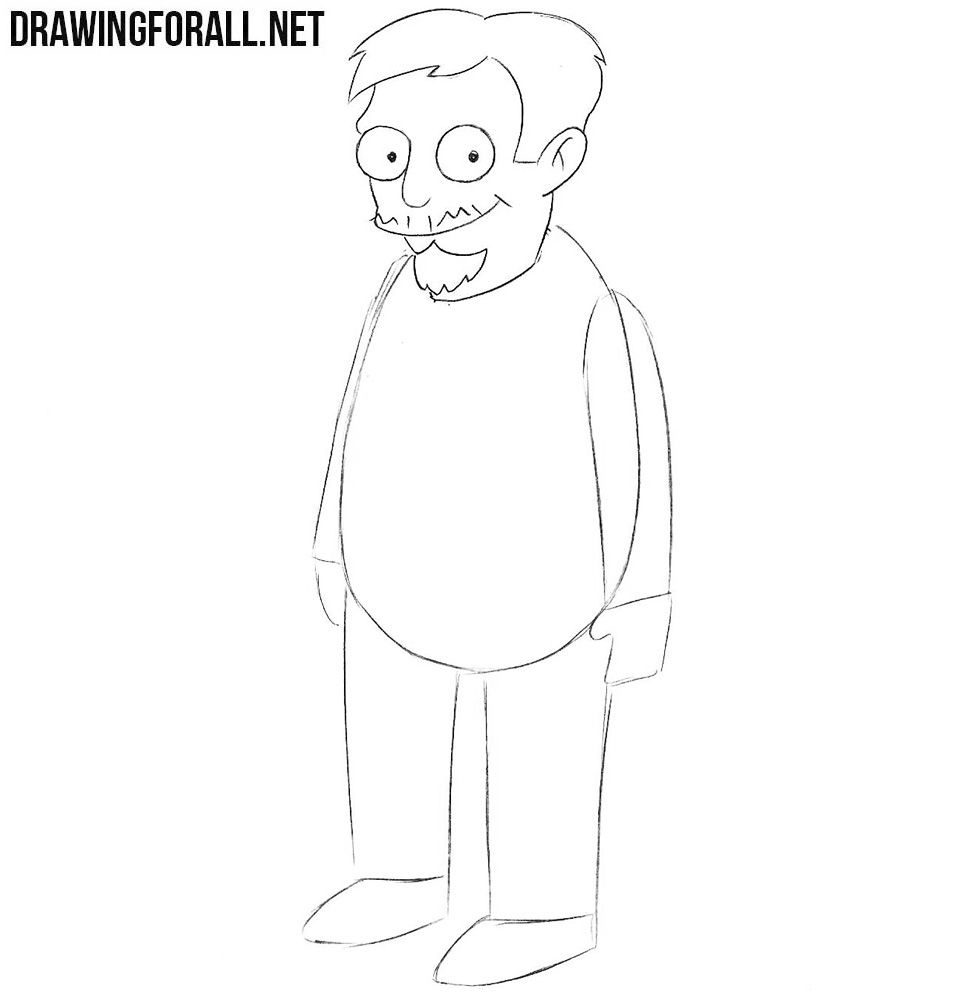 Now let’s move to the clothing and draw the outlines of the collar and tie. 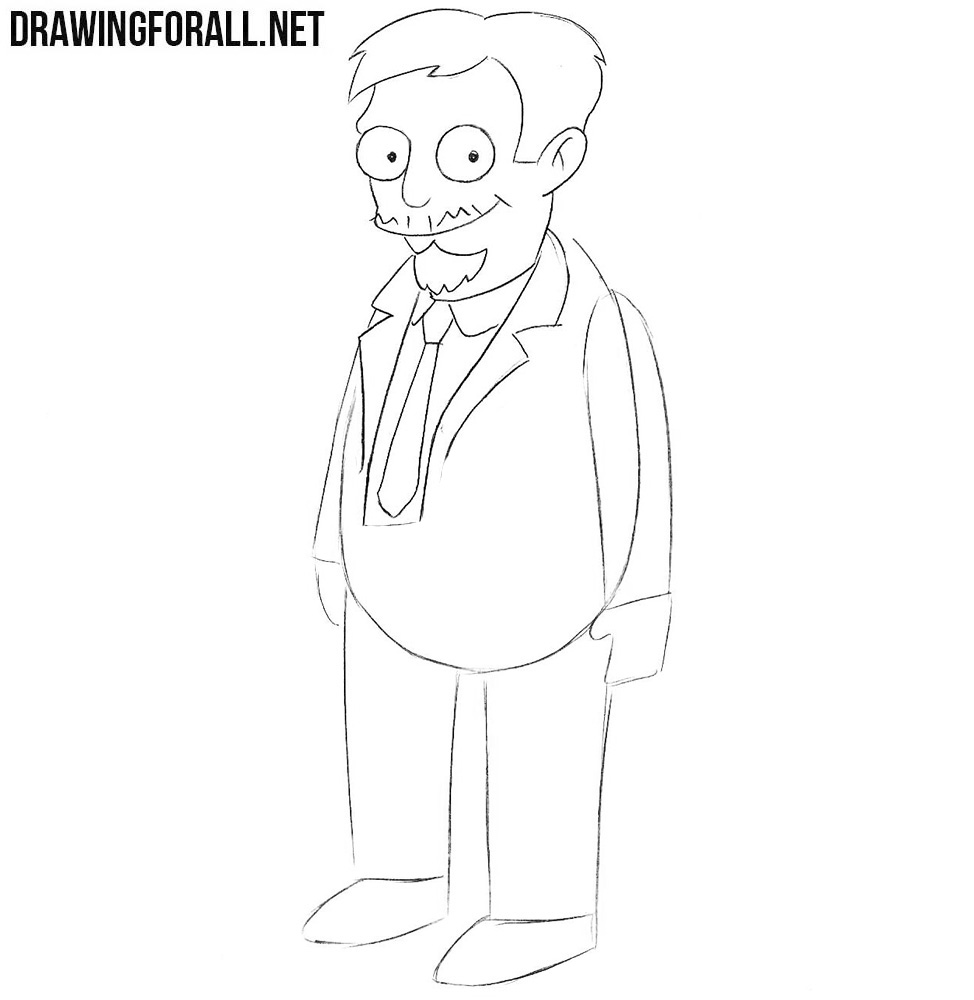 Now with simple lines we will need to draw out the outlines of the lab coat. 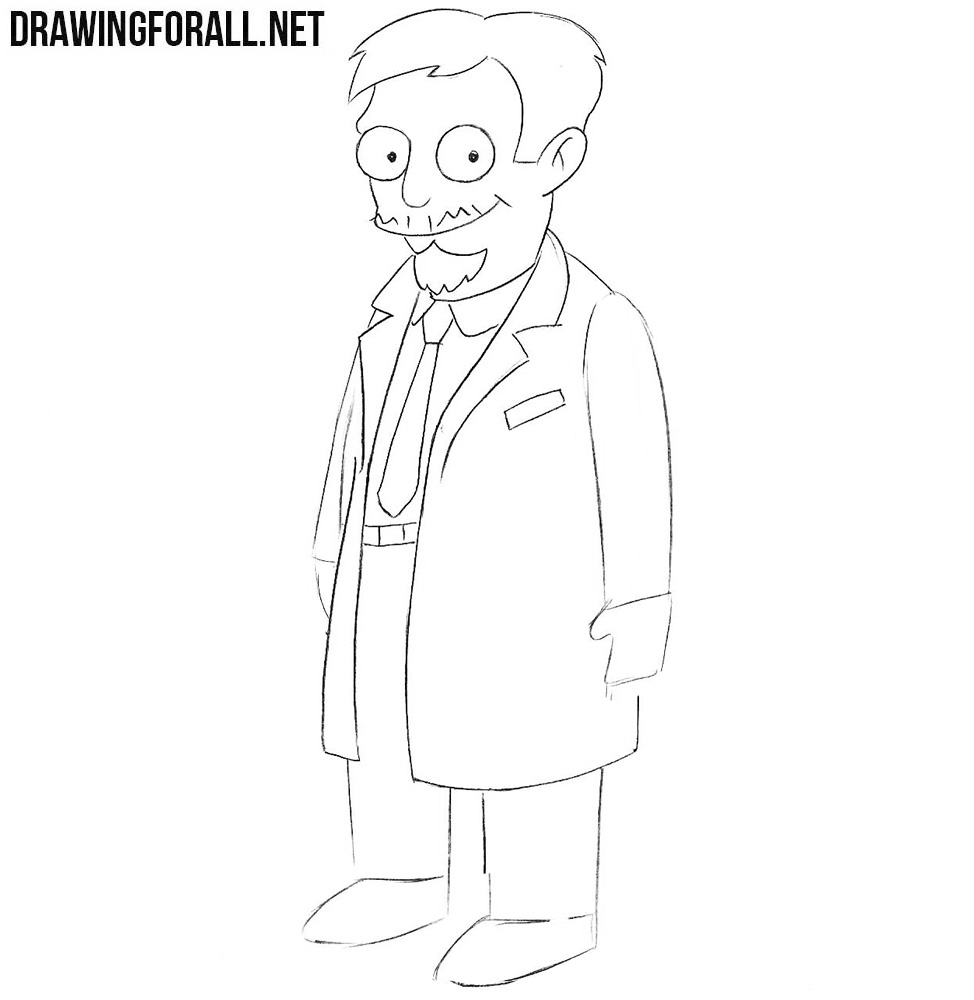 Now let’s move to the arms and draw the sleeves and hands. 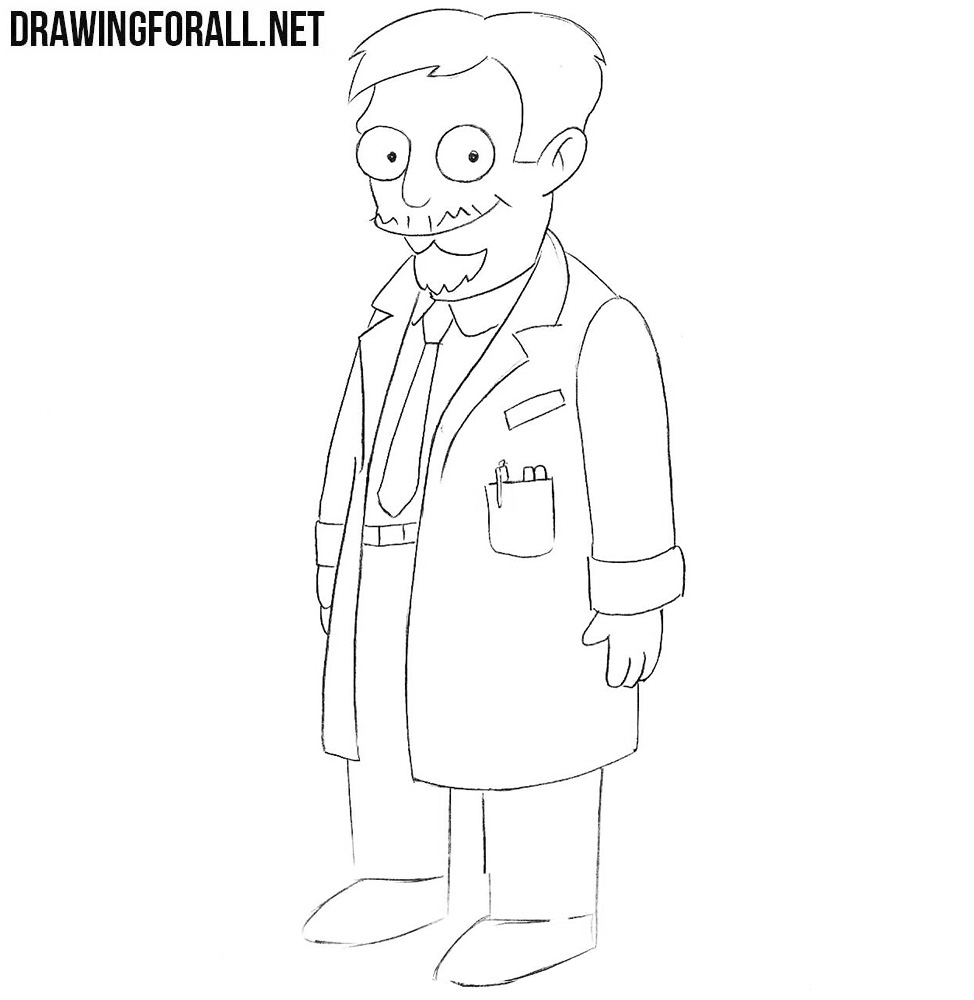 And the last step in which we will need to draw the outlines of pants and shoes.

It was a lesson about how to draw doctor Nick Riviera from the Simpsons. На поздних шагах не забывайте стереть все ненужные линии из первых шагов. Do not forget to visit other lessons about the Simpsons characters from our site and subscribe to us on social networks.