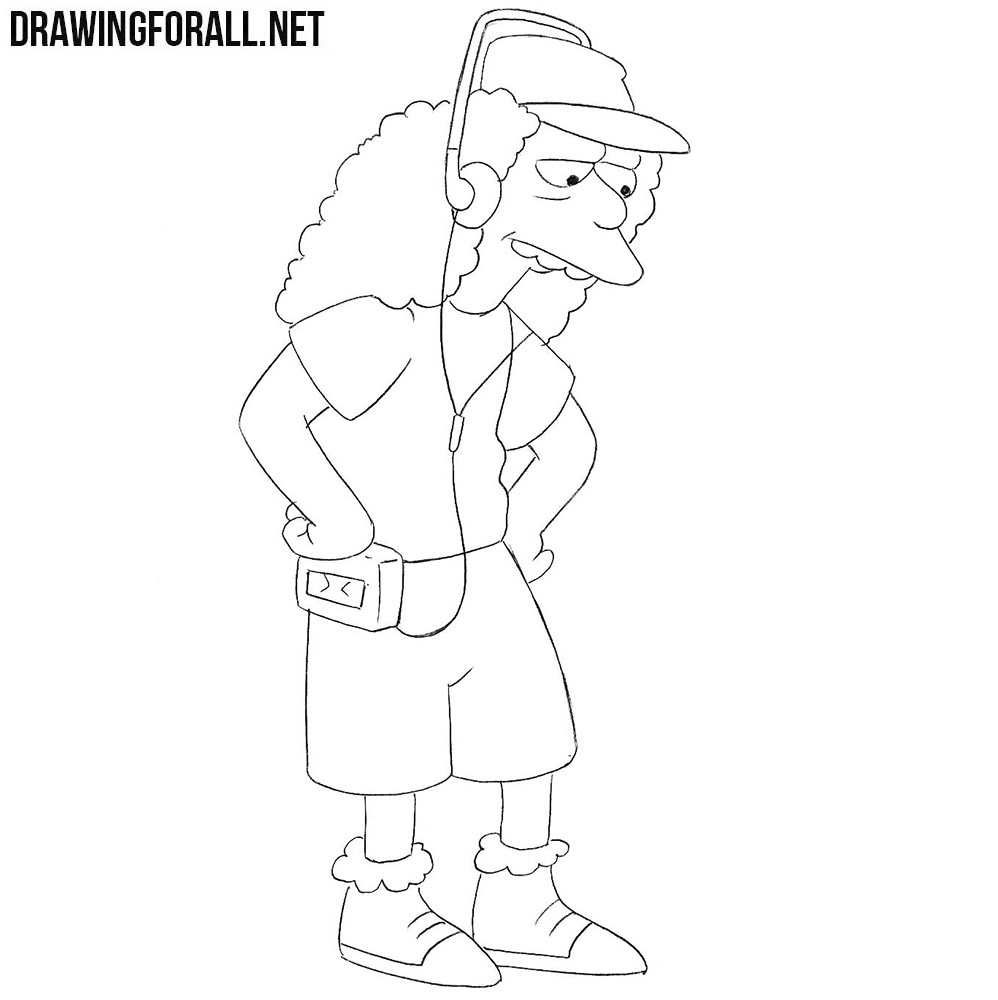 In the animated series The Simpsons, there are a lot of strange but at the same time very charismatic characters. And one of them is Otto Mann – a bus driver. Let’s start the tutorial about how to draw Otto Mann from the Simpsons.

First of all sketch out the outlines of the head, neck and torso of our bus driver. 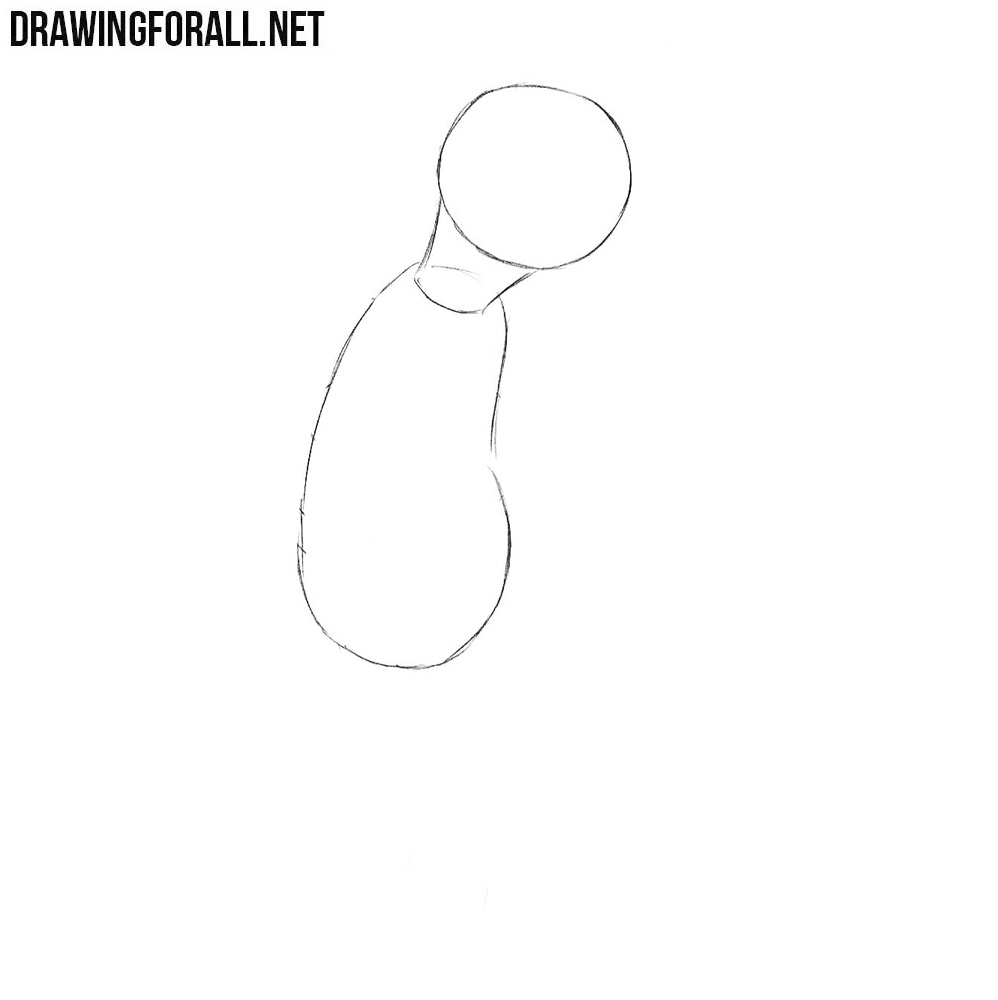 Next, using simple lines sketch out the arms and legs of Otto Mann. 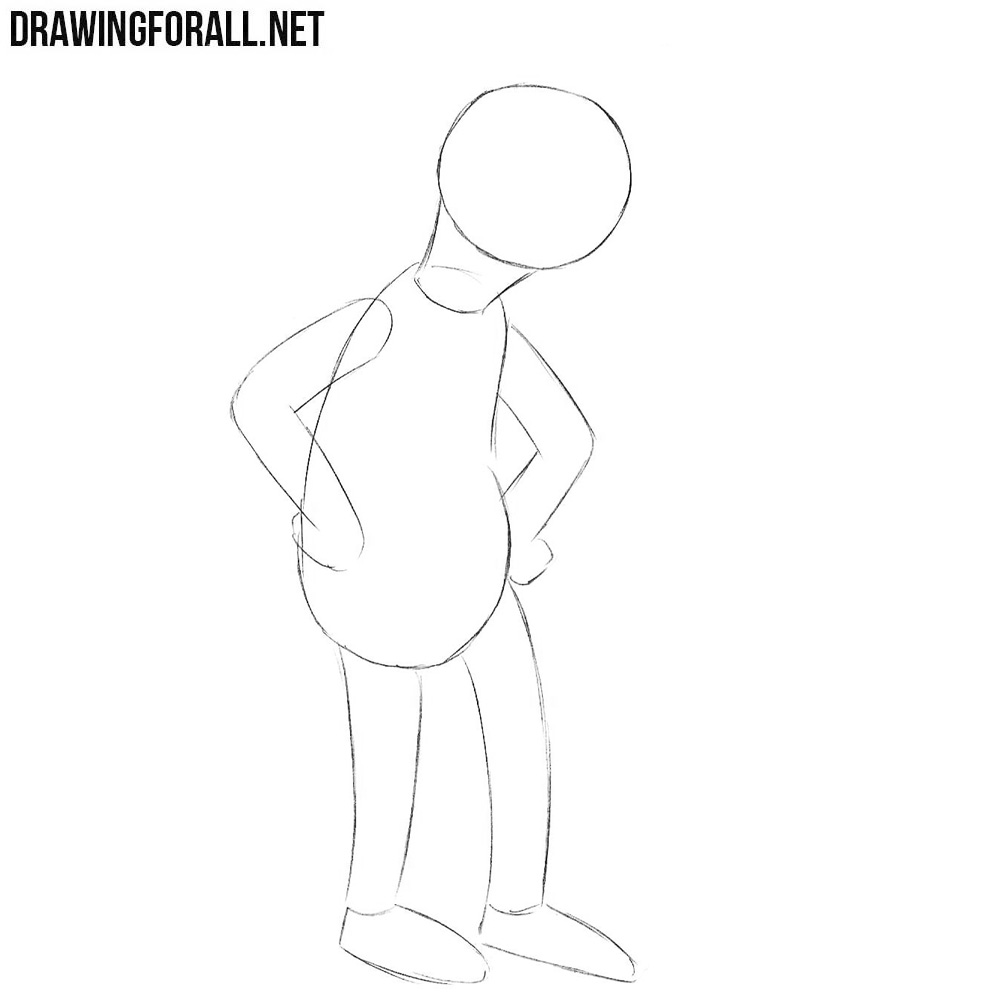 On the head sketch out the eyes, pupils inside, eyes, wrinkles below the eyes and nose. 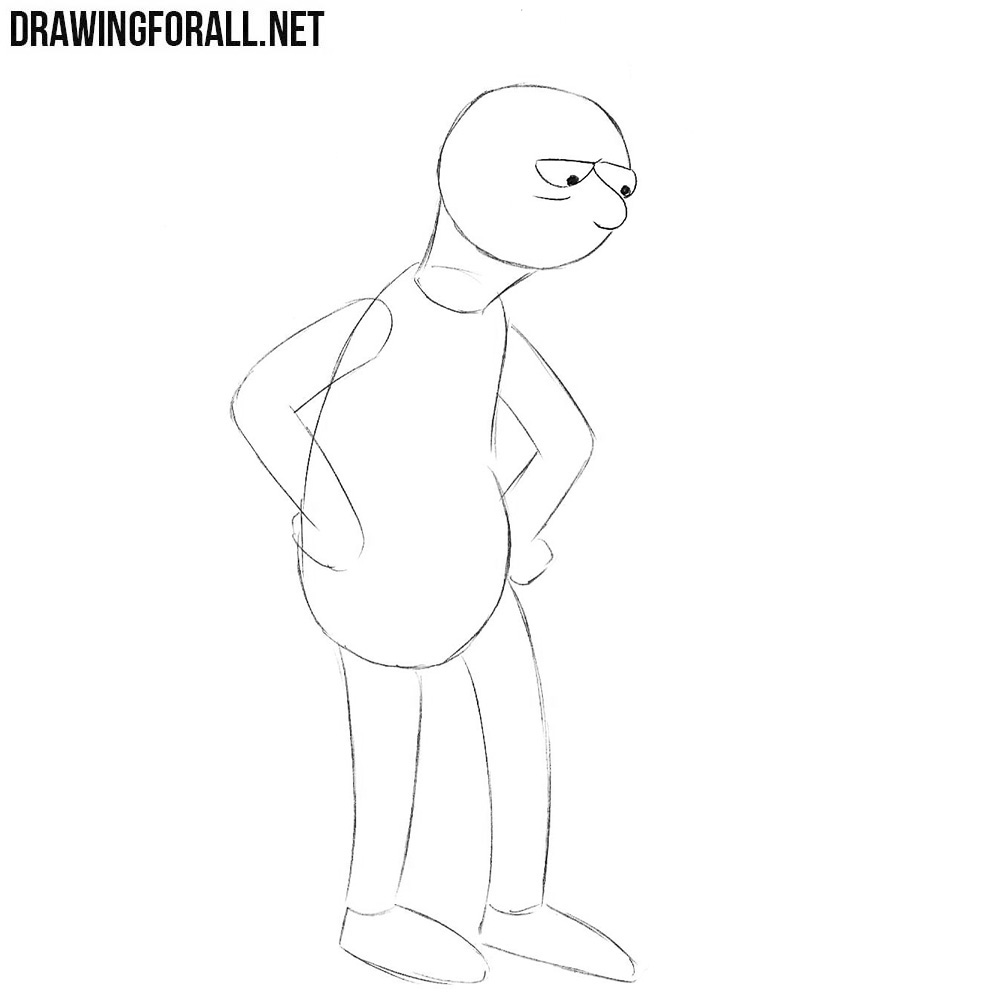 Now we move a little lower and draw out a mouth and sticking out teeth. 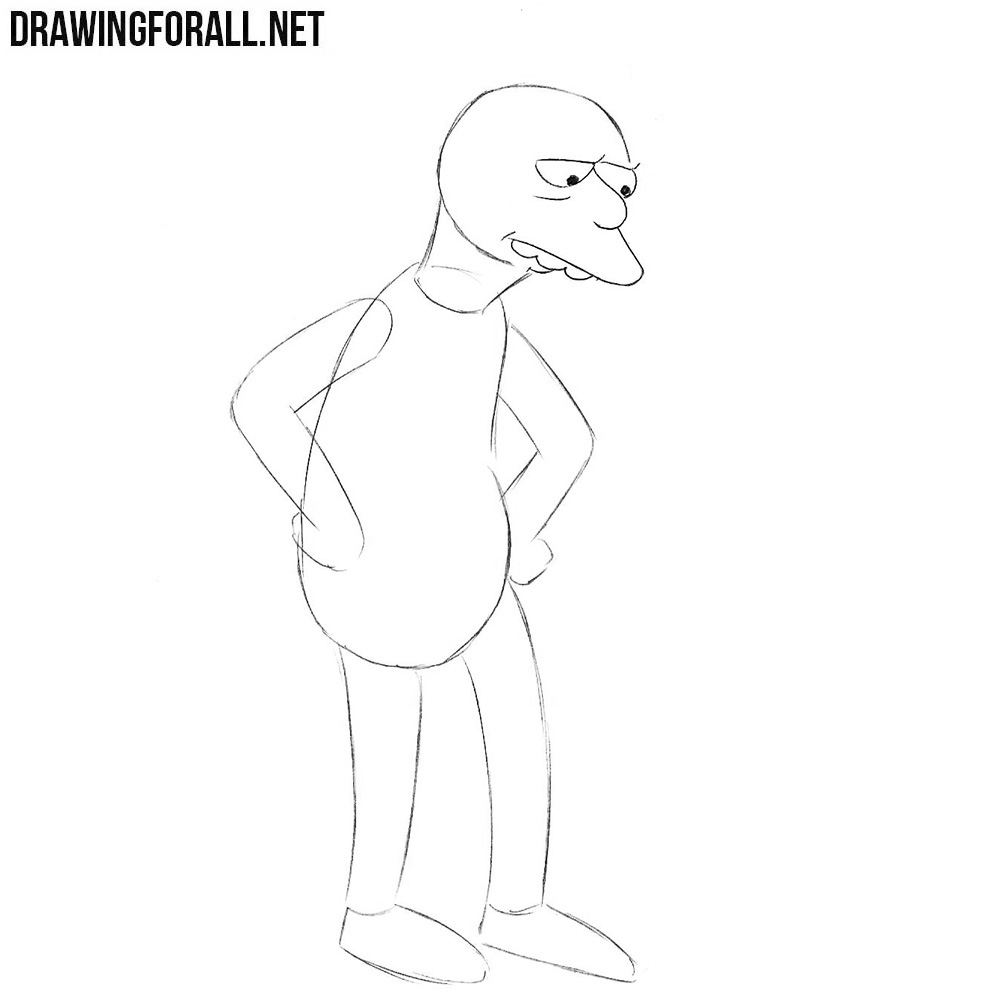 A very simple step in which we will need to draw a cap. 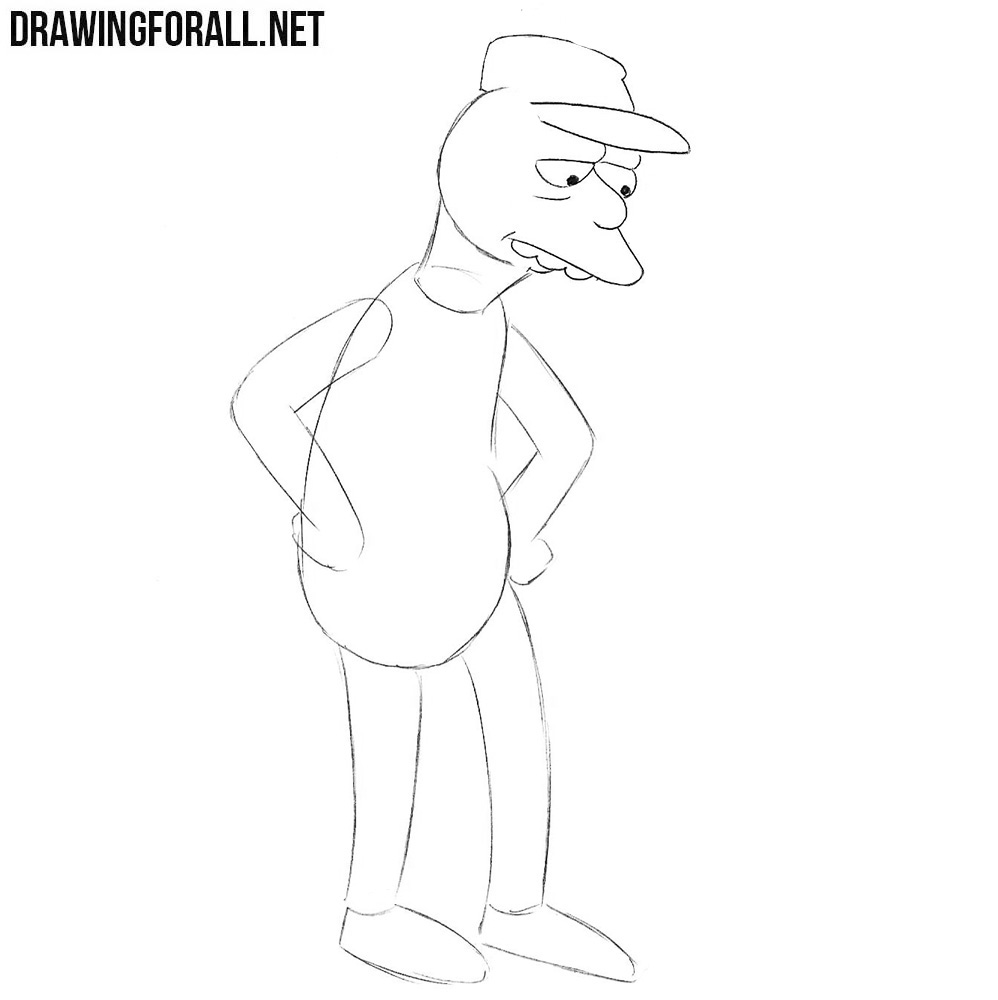 This step is a little more difficult – in it we will need to draw curly hair and headphones.

Now we draw wires of headphones and sleeves of a T-shirt. 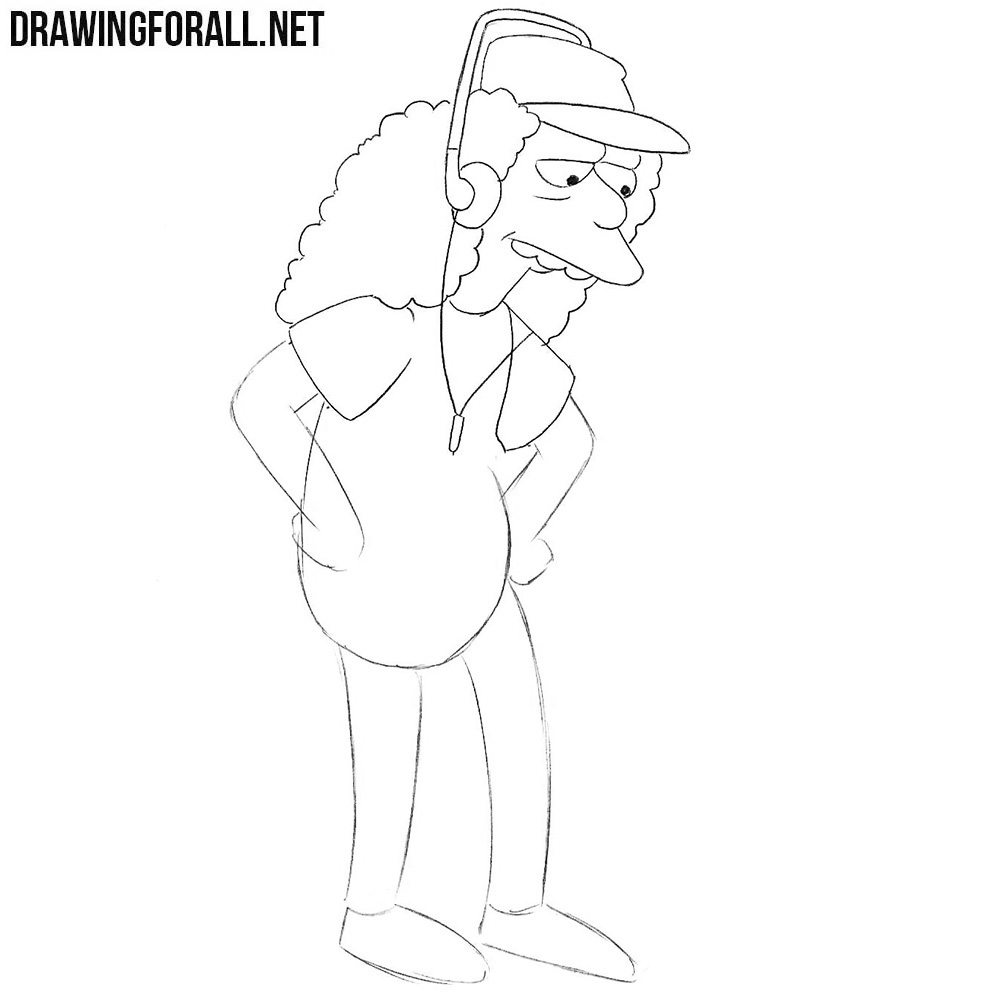 Draw a lone of the torso, arms and a player that hangs on the belt. 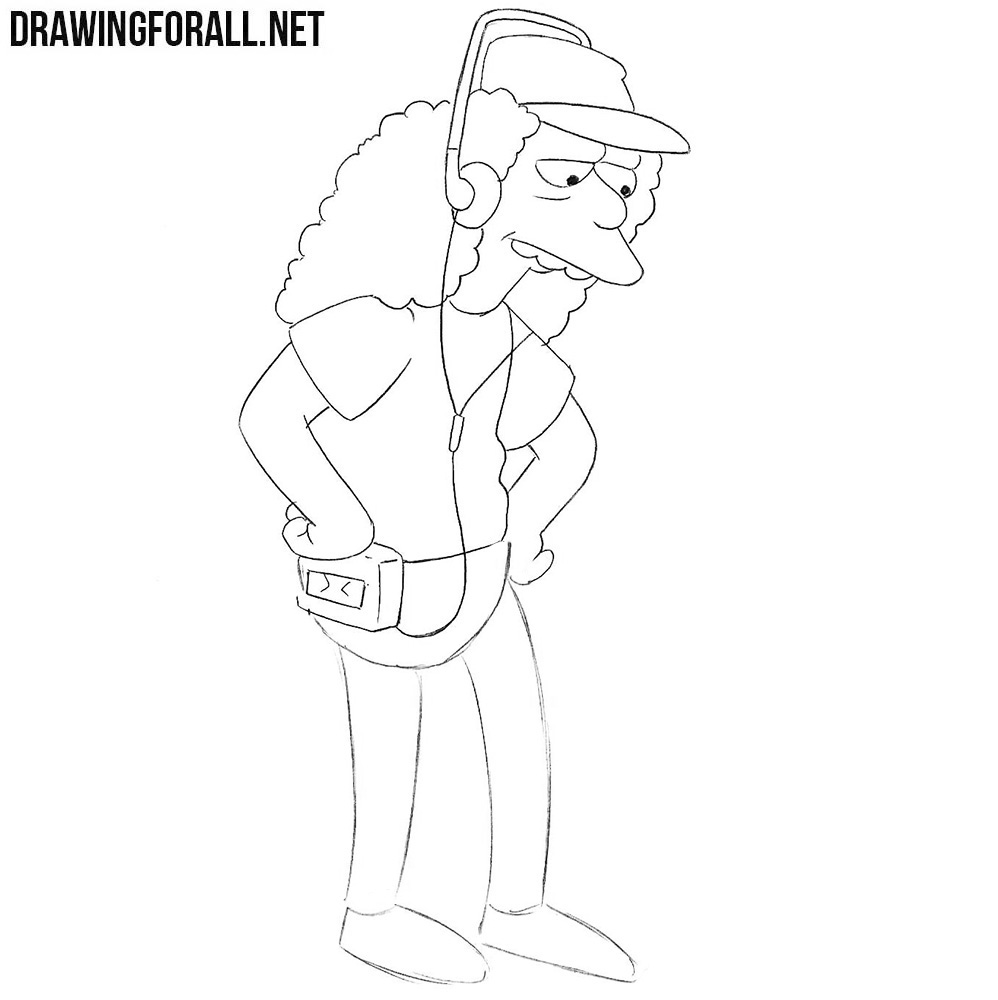 Now let’s move a little lower and draw out the shorts of our character. 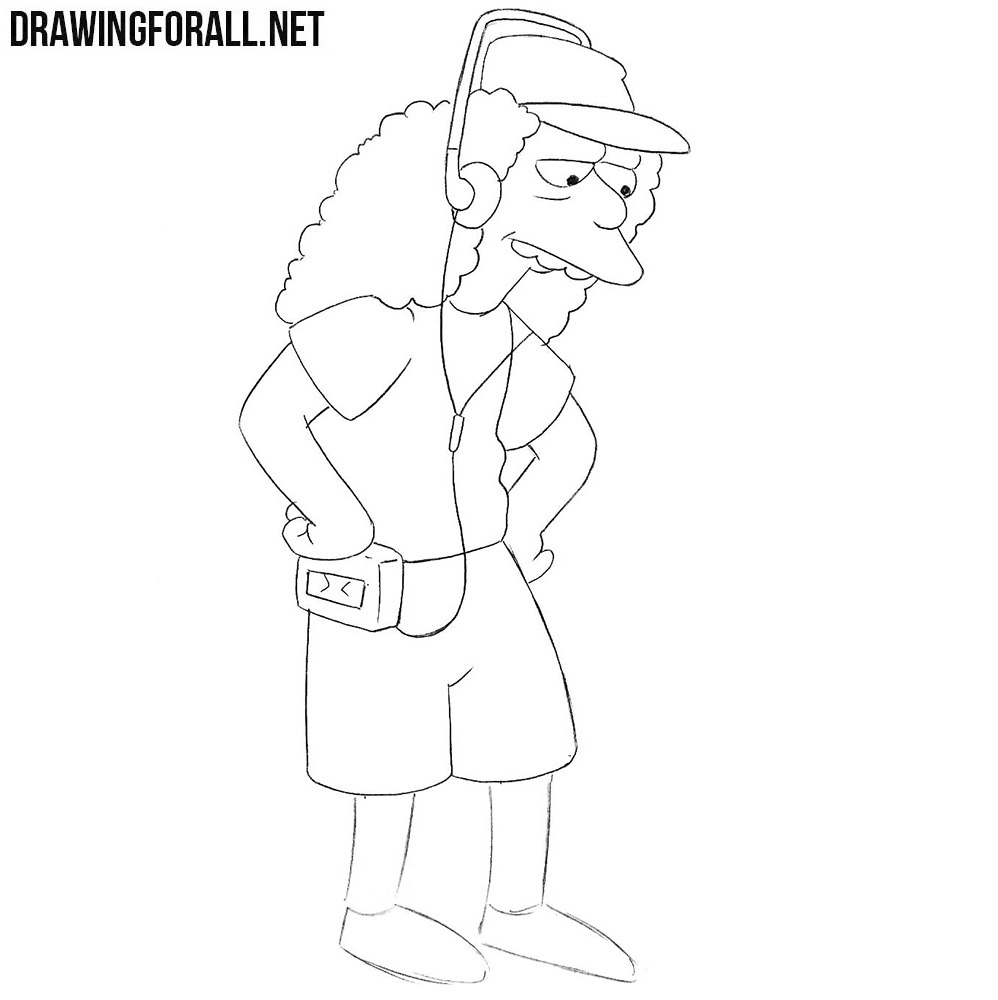 The last step remains in which we will need to draw legs and sneakers.

In this simple lesson, our artists showed you how to draw Otto Mann from the Simpsons. Recall that on our site there are other characters from the Simpsons, Family Guy, South Park, Futurama and all other popular animated series.