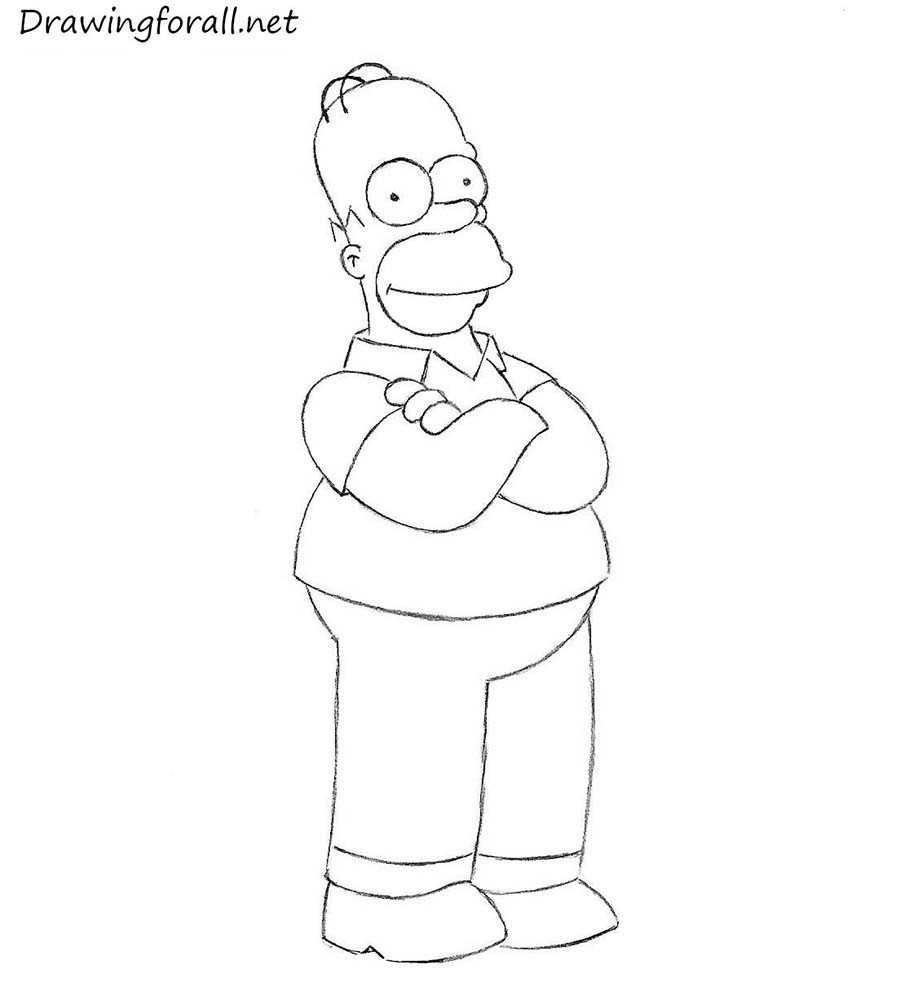 Hello, dear lovers of the yellow-faced family! In today’s drawing lesson we will show you how to draw Homer Simpson. Note, that this lesson is very simple. So, let’s start the lesson!

At the first step draw a circle and such an angular shape, which is connected to the circle at the bottom 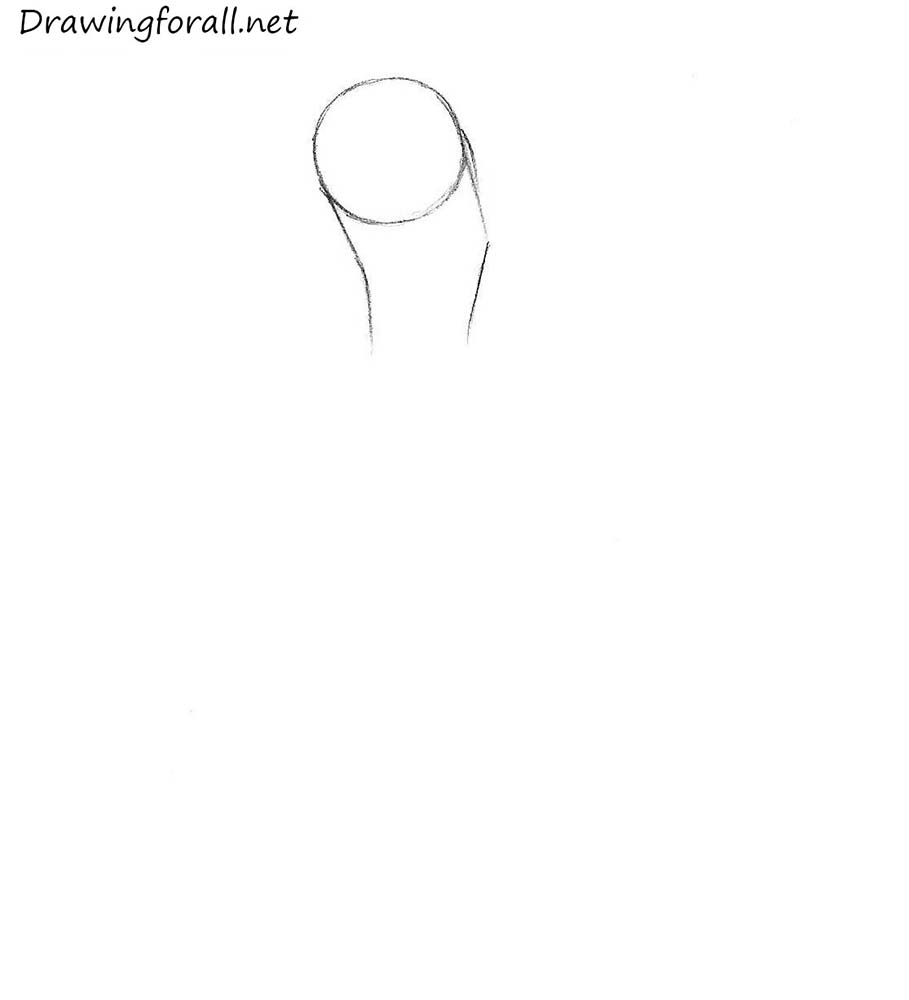 Homer without a beer belly? We saw it a couple of times in the series, however, it looks unusual. Draw the circle, which will designate the belly  and connect it with the figure from the previous step. 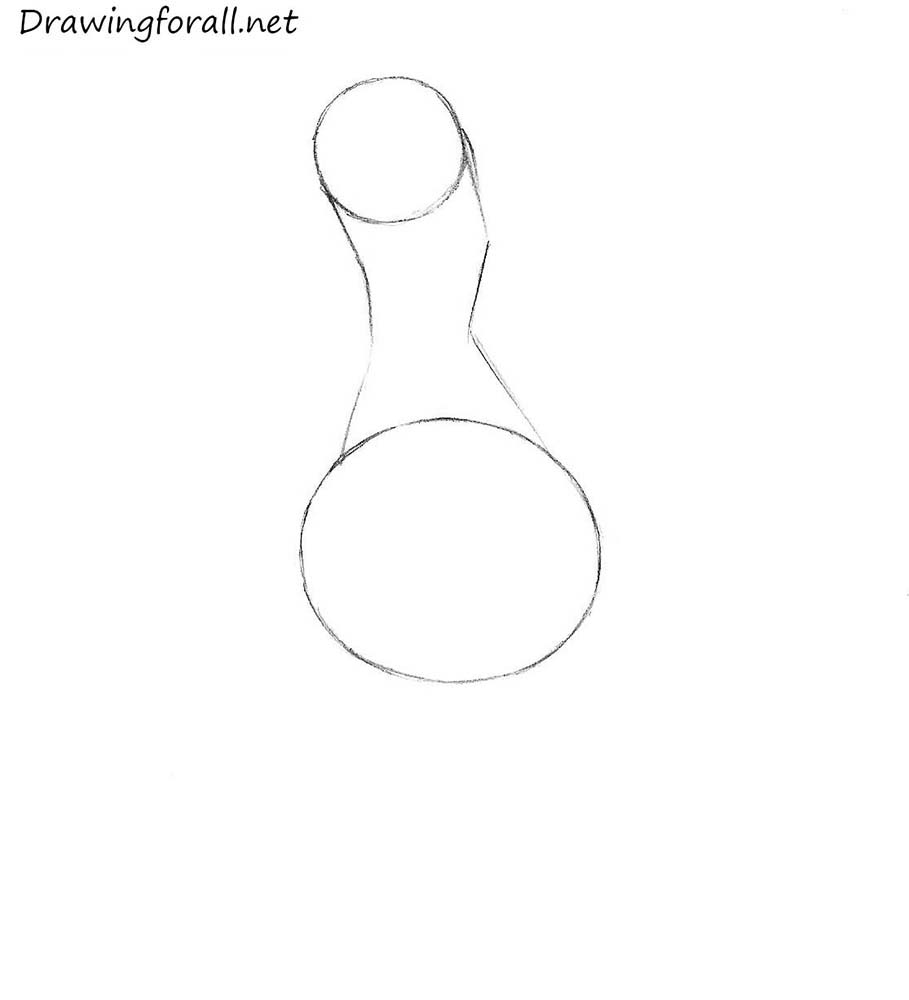 As saying the creators of this series “Homer consists of circles.” Draw a couple of circles for the eyes and long cylinder for the nose. 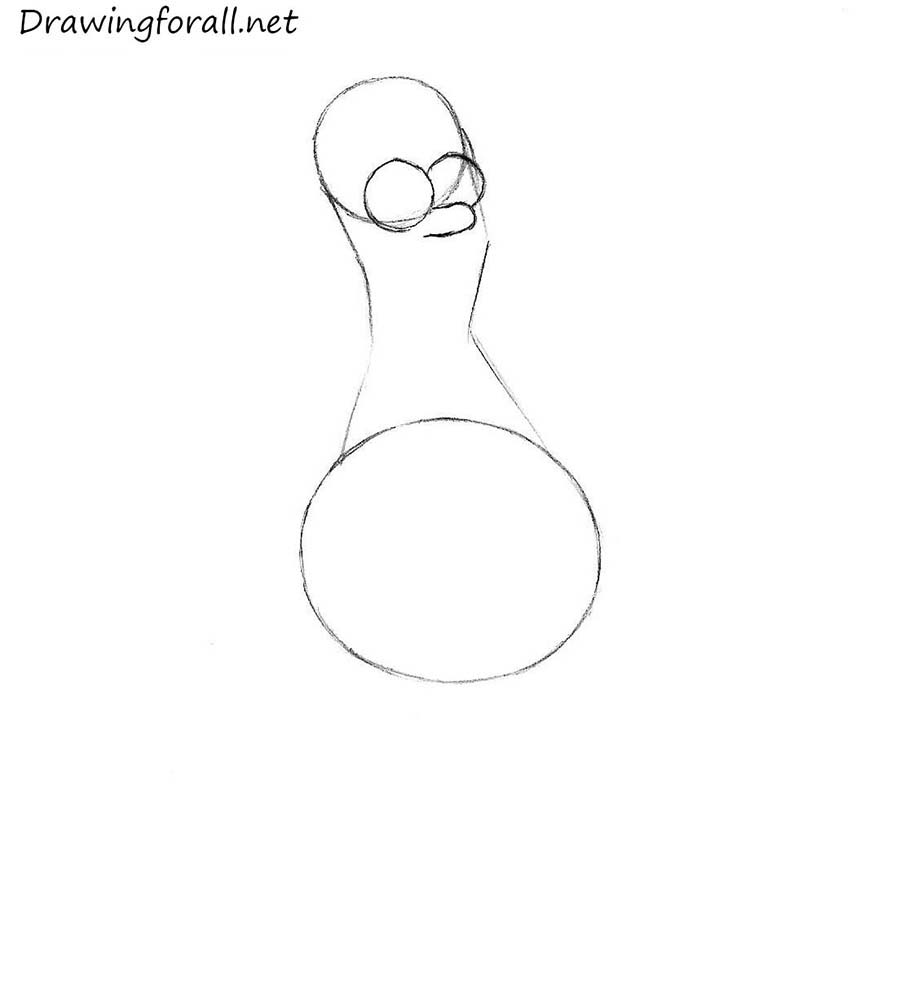 Draw the mouth of Homer as in the example below. Note, that the upper lip protrudes above the lower lip of Homer Simpson. 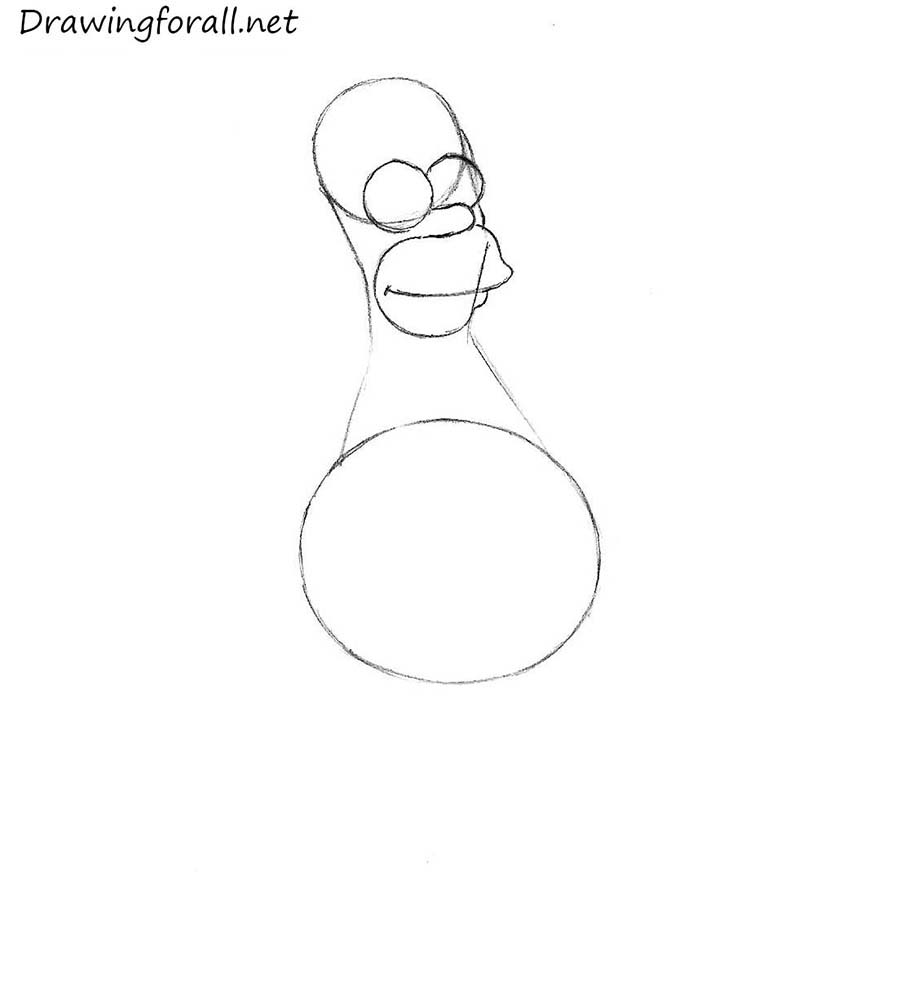 Erase the guidelines, draw the ear and pupils. Draw the branded hairstyle of Homer Simpson, which consists of two curved lines on the top of the head, and letter “M” above the ear. 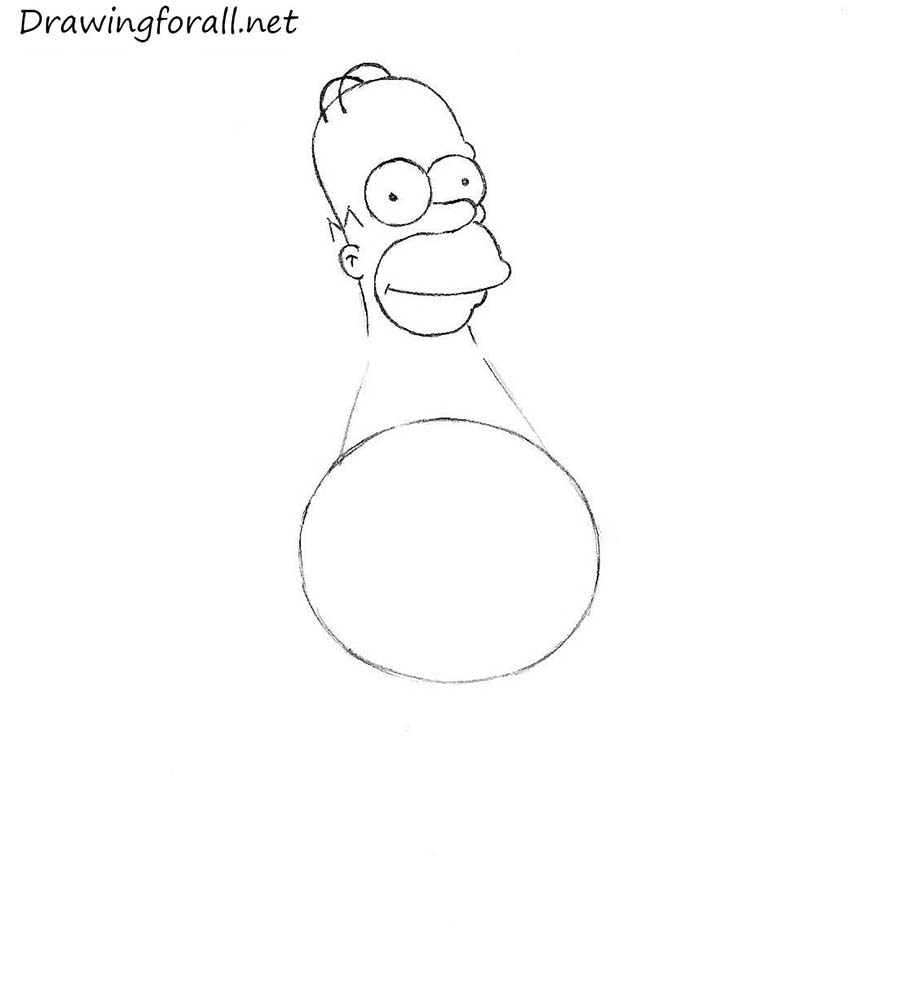 And we continue the lesson on how to draw Homer Simson. Sketch out the collar and sleeve of the polo shirt. 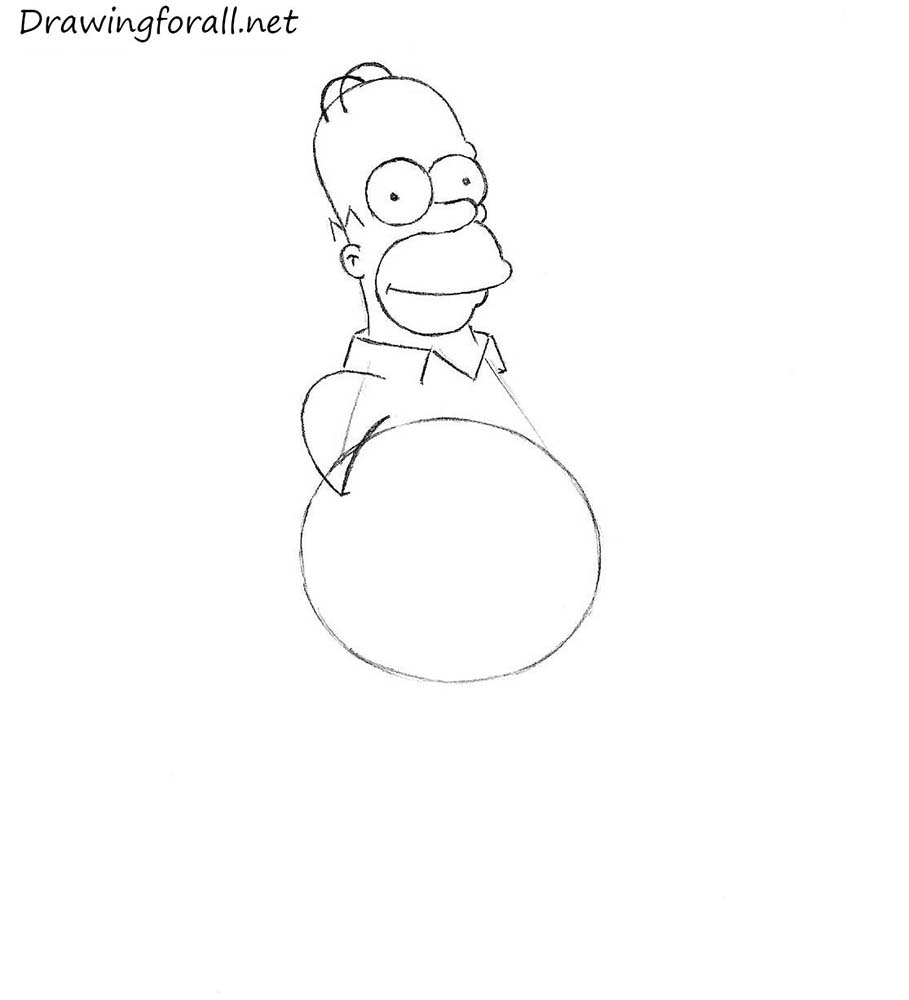 Ok, now we draw the arms. Using curved lines draw the folded arms, as in our example. 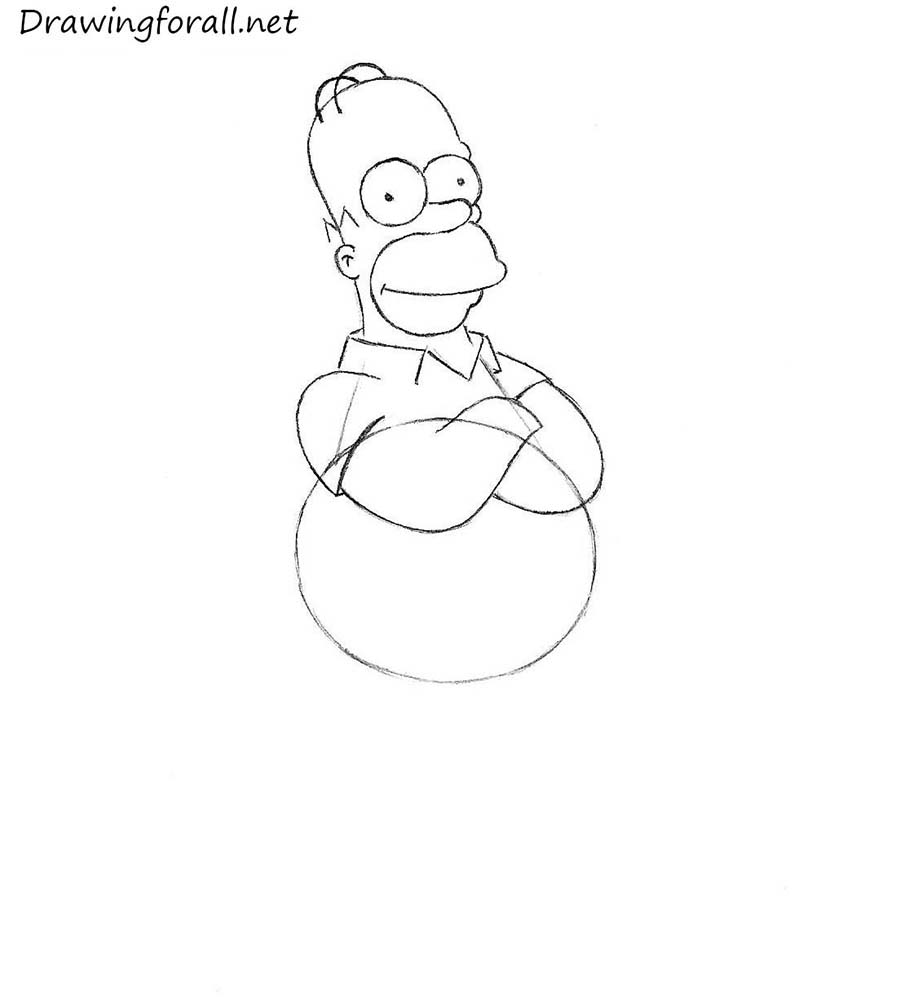 Erase the guidelines and draw the fat fingers. 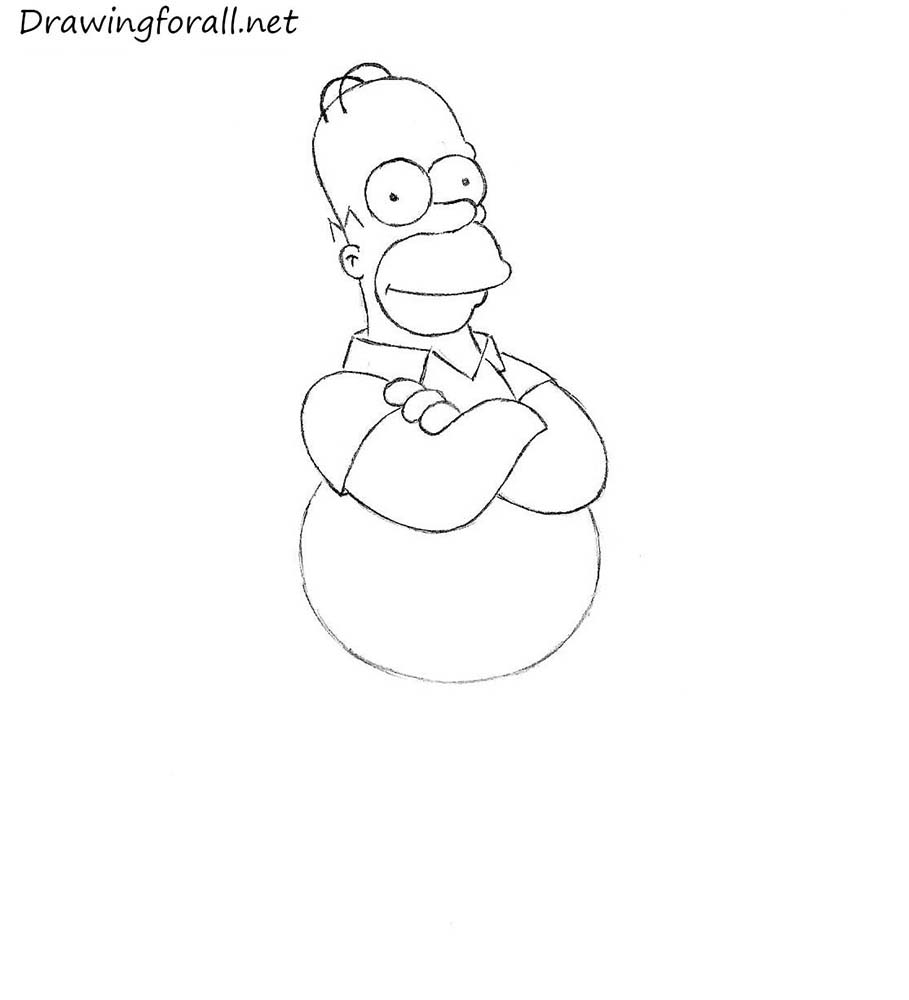 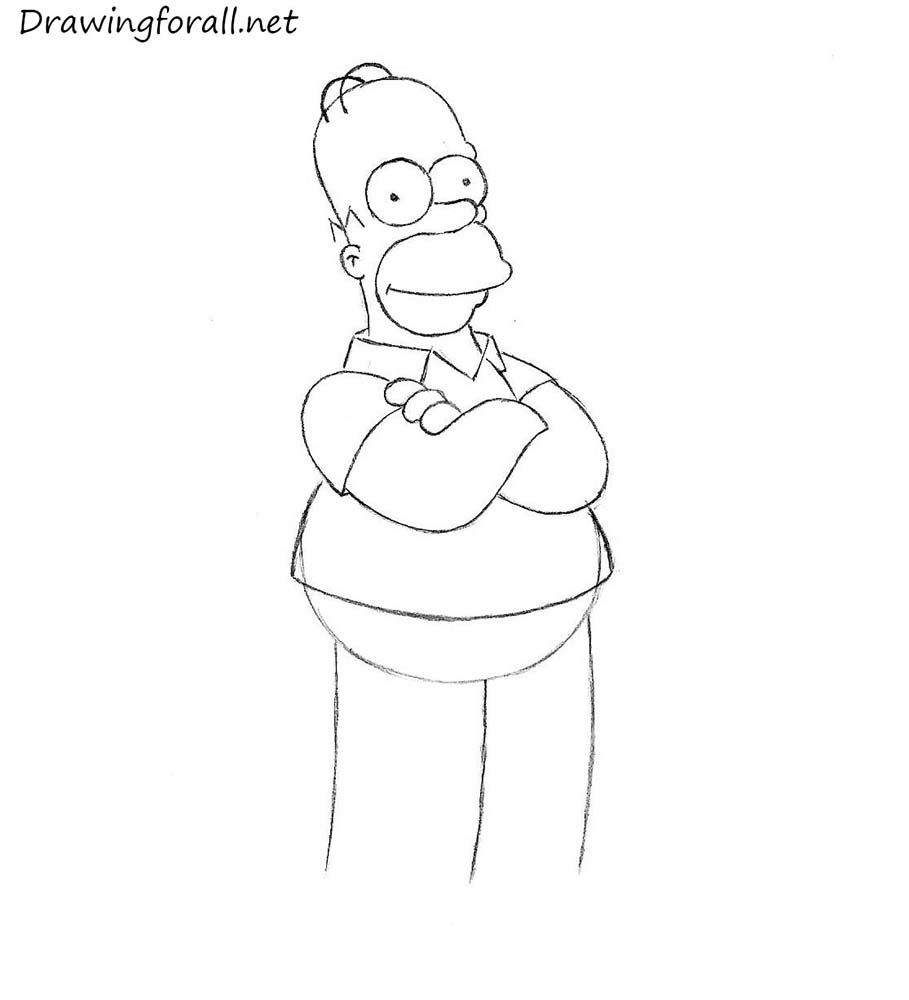 Erase the remaining guidelines and draw the shoes of Homer Simpson.