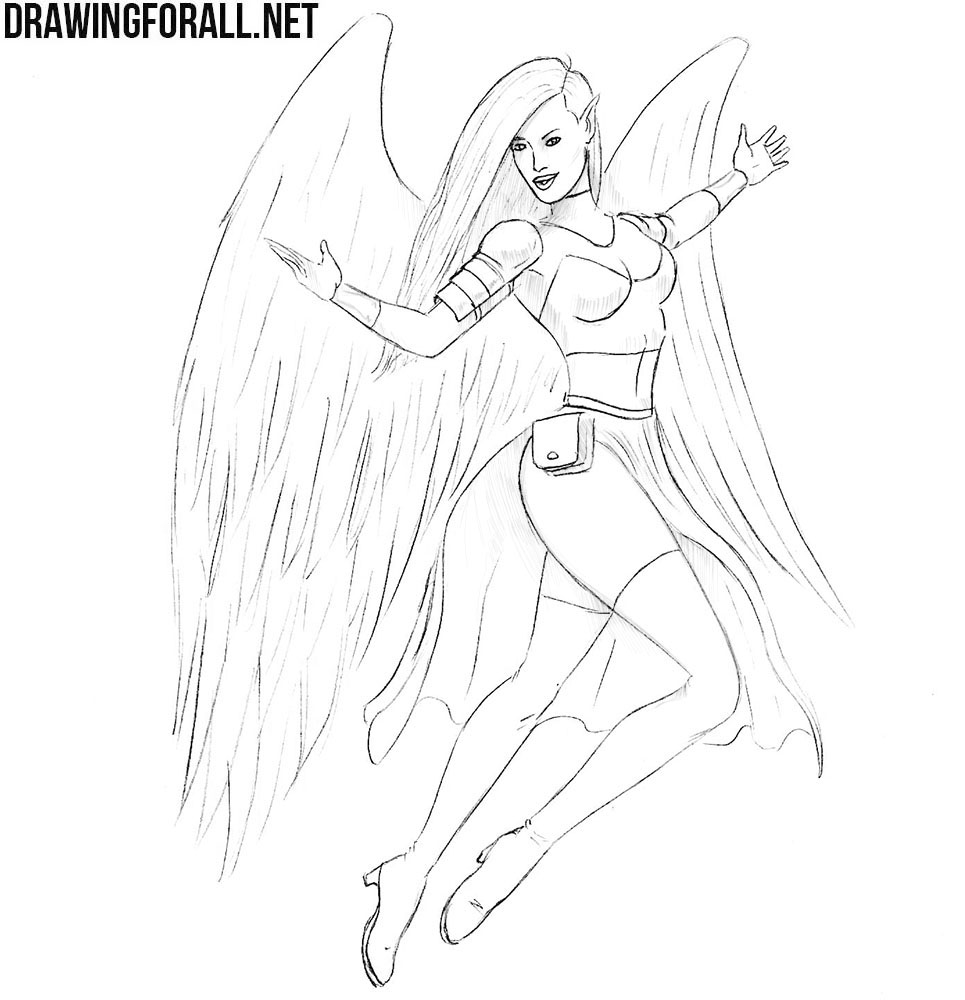 On our site there is a category called “Myths and Legends”, where there are a huge number of drawing lessons about the most diverse and interesting characters.
We publish there as very famous characters, such as a harpy or Minotaur, and lesser known ones, such as Herne the Hunter or Scylla. In the lesson on how to draw a mythical knight girl, our team decided to create a rather a collective image of a mythical character that you could meet in a large number of books and games in the RPG genre.

As always, first outline the skeleton of our character. As you can see, this is a pretty standard skeleton. In a large number of our lessons about people, we drew such skeletons. When drawing, try not to press strongly on the pencil, because in the future we will need to erase this stickman. 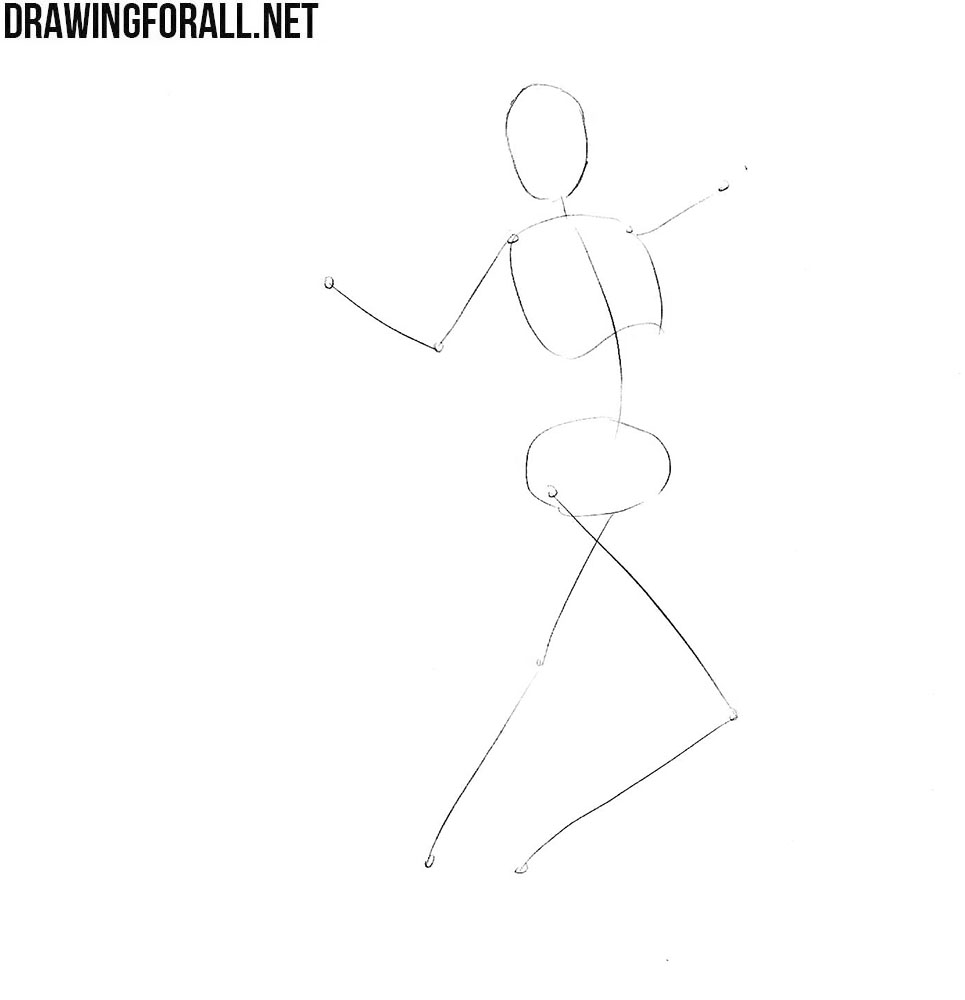 Here we sketch out two lines on the head – they will help us draw the details of the face. Next, add the volume to the skeleton. Use also very light lines in this step. Use simple geometric shapes and very smooth lines. The figure should be very elegant. Try to repeat the outlines and do as in our example. 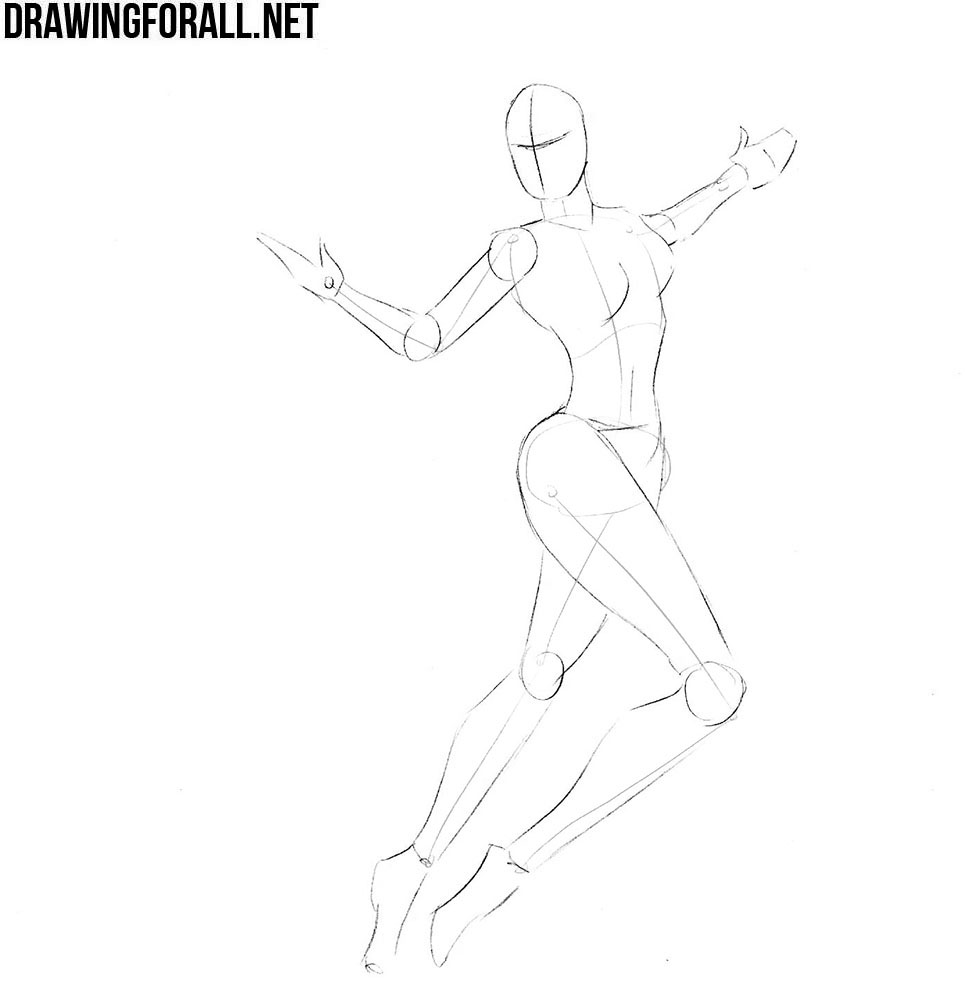 In this step, we will add the most basic details to the figure of the mythical knight girl, so that she ceases to look like a mannequin. Here we sketch out long hair, pointed ears and elements of armor and clothing. Here we aksi draw two large wings behind the back. 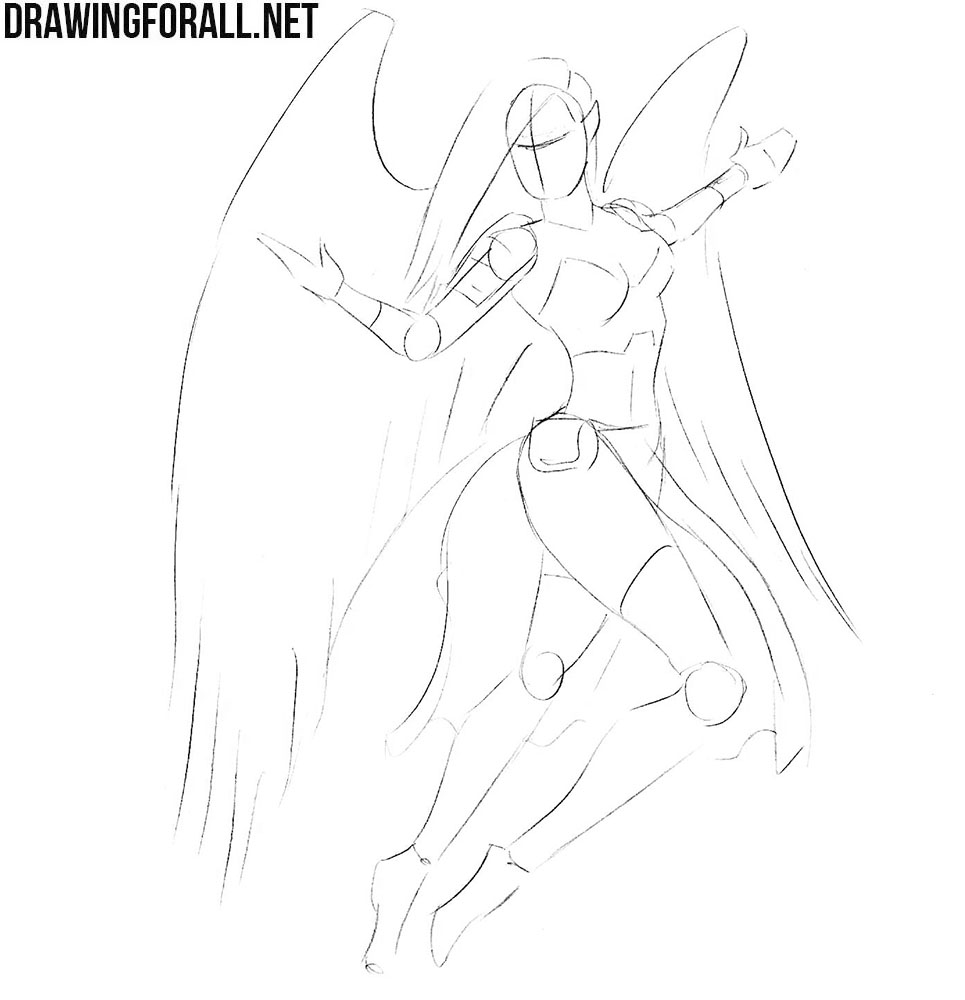 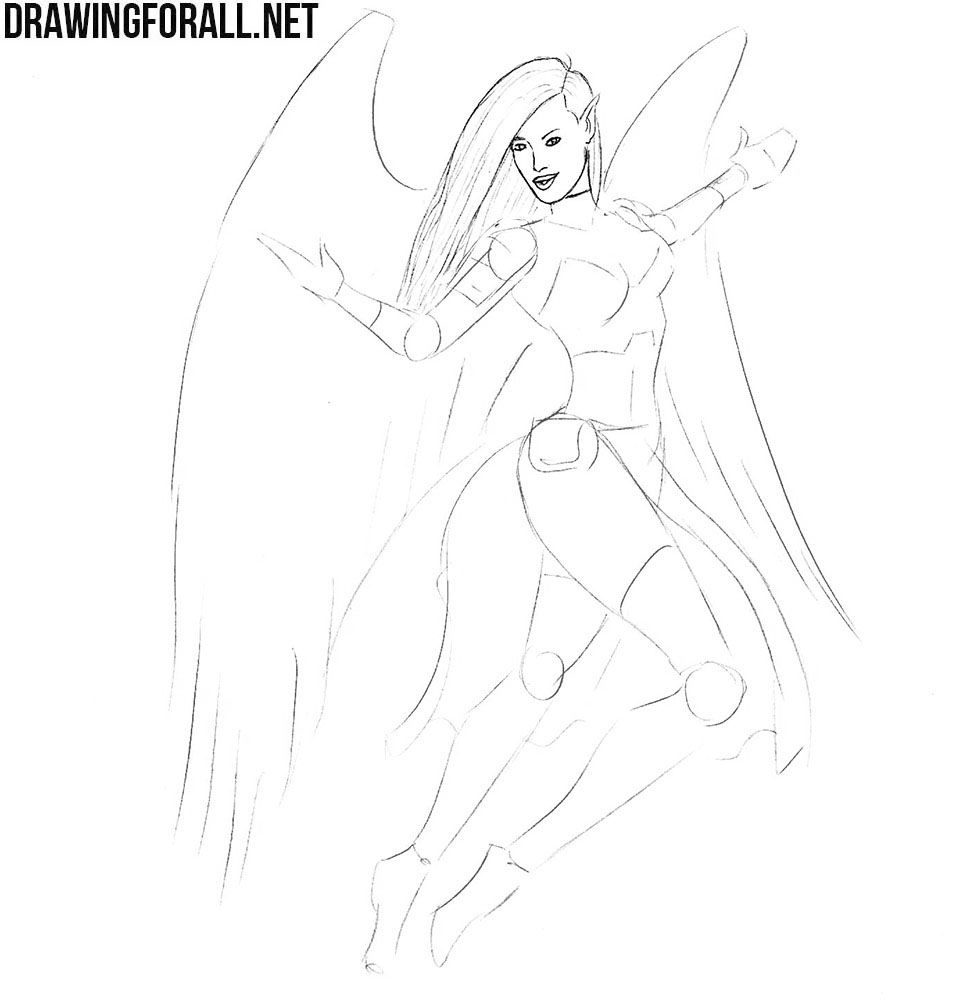 Now let’s move on to the torso of the mythical knight girl. Using dark and smooth lines, carefully draw out the outlines of curves on the torso. Next, draw the details of the costume on the chest and remove all unnecessary lines. 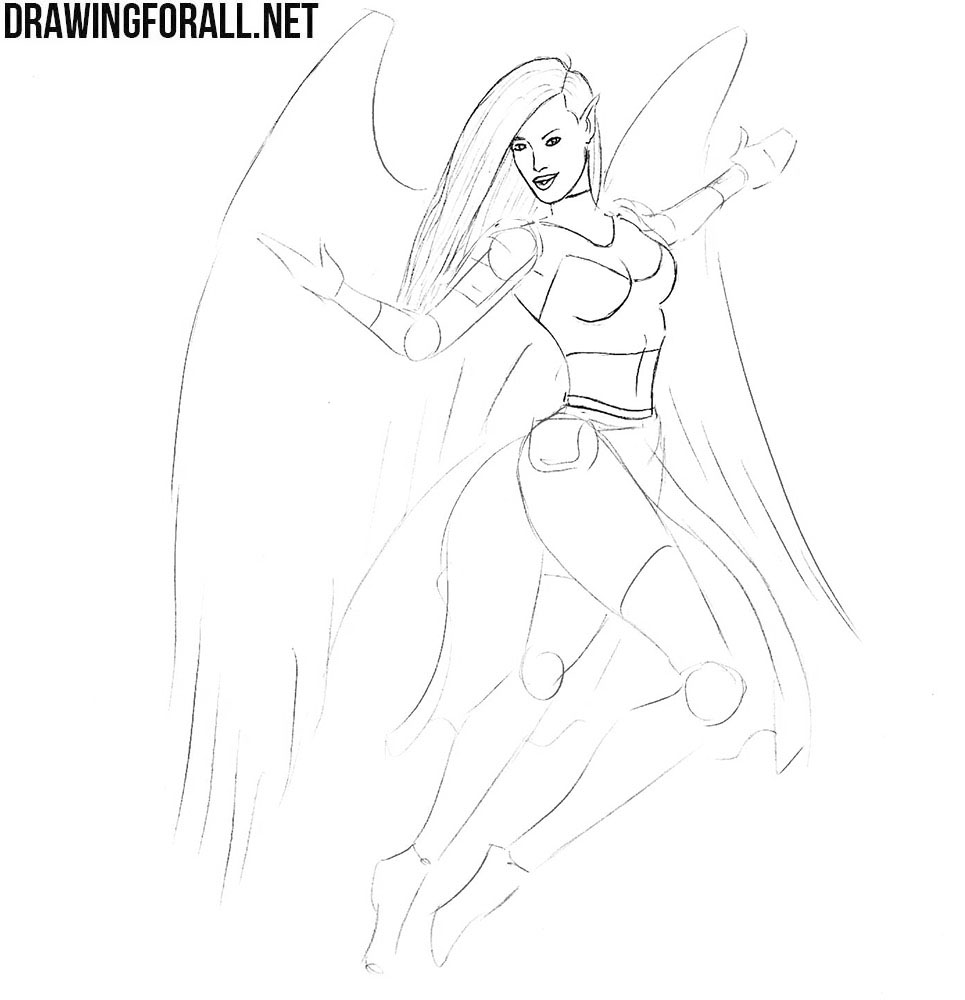 Now let’s move to the arms. Carefully draw out the armor on the shoulders. Next, draw thin arms of the mythical knight girl. Note that we decided not to draw too much armor on the body. But you can of course completely put the character in armor. 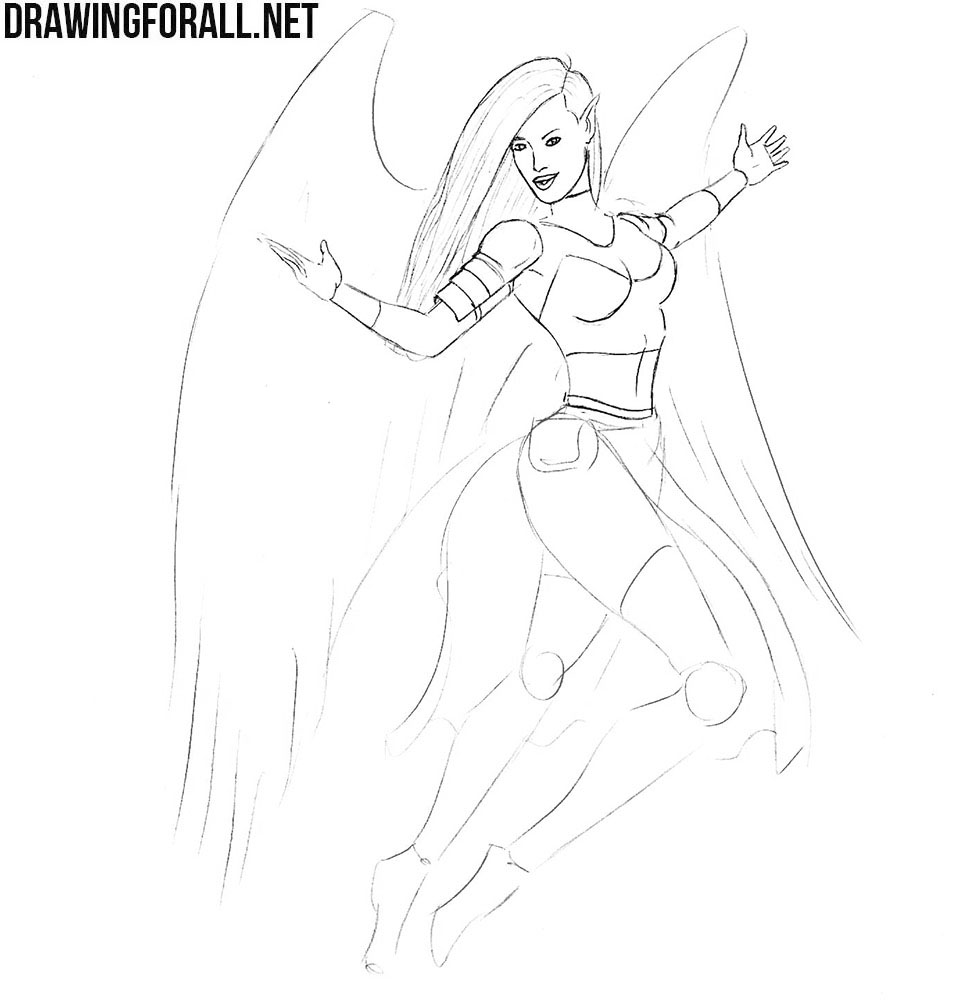 Move below and carefully draw the character’s legs by using smooth lines. Next we draw long shoes and clothing elements as shown in our example. Remove all unnecessary lines from the body. 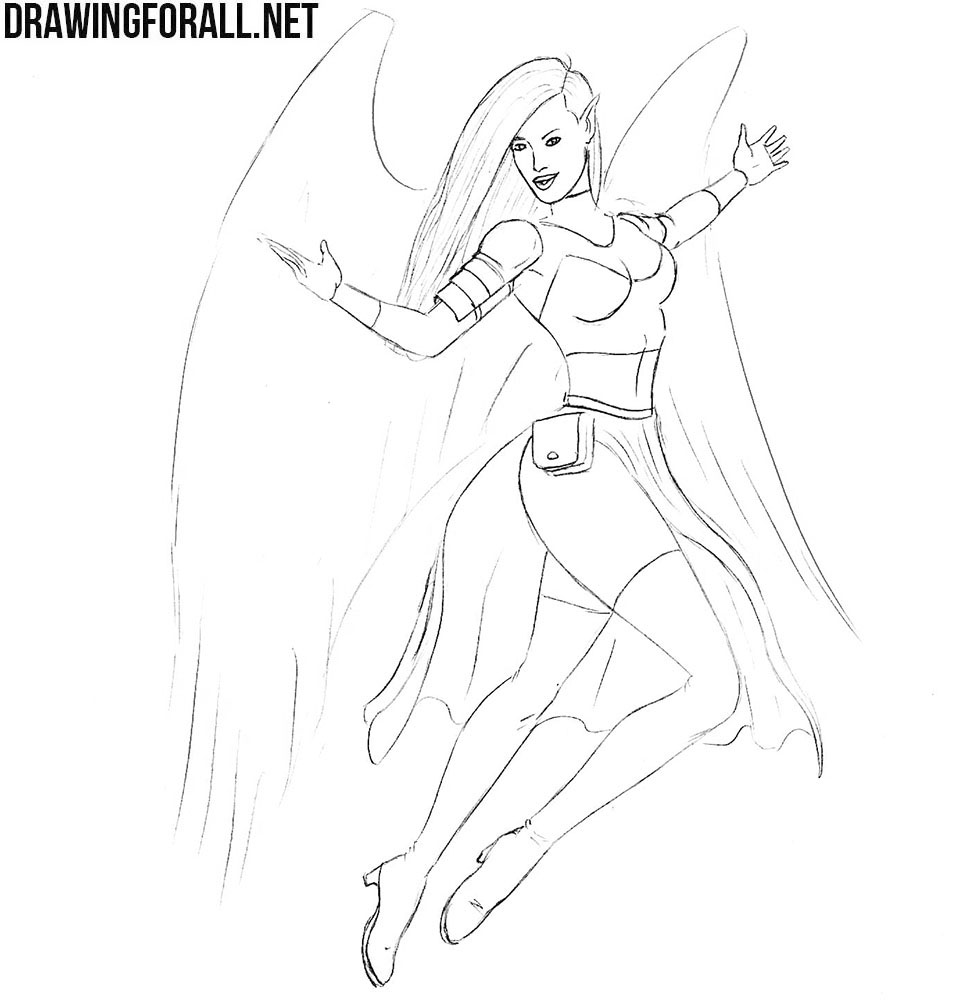 p will be quite difficult, since we will draw wings. They are very large and they have a lot of lines. Try to make the lines light and long enough, in order to give the wings some lightness. 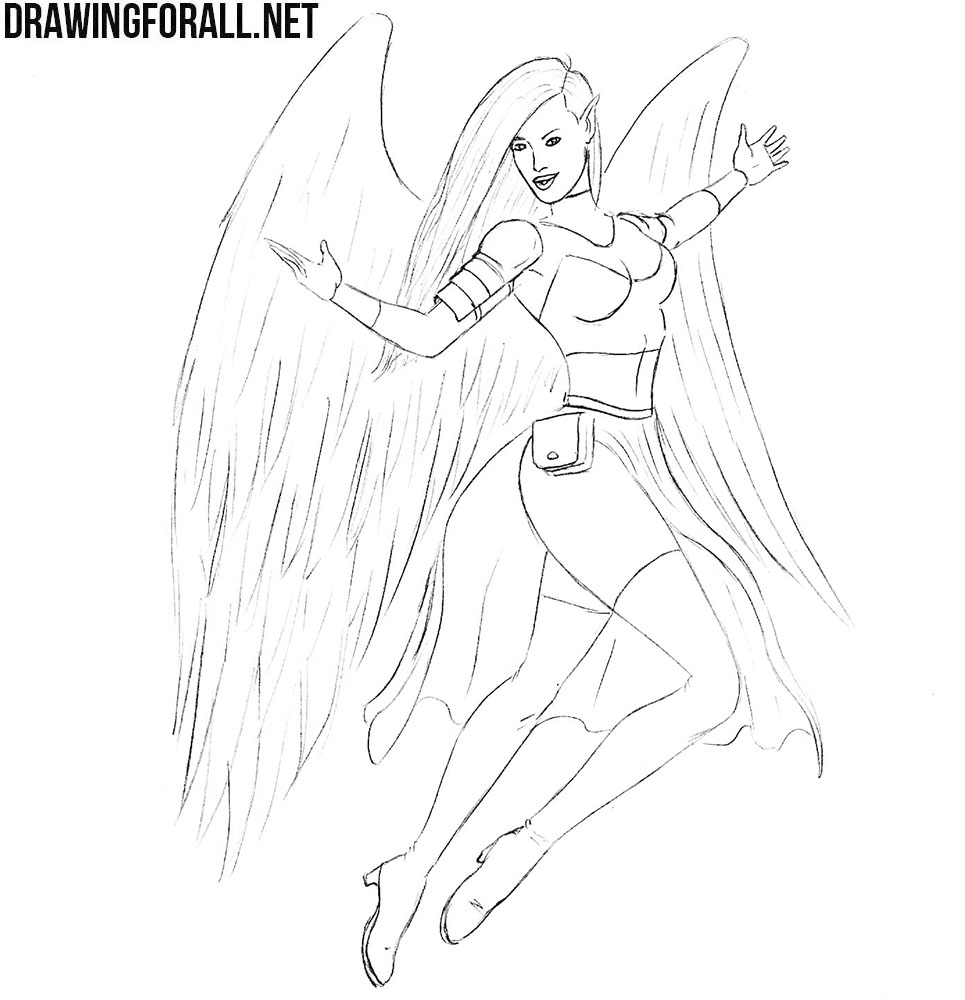 The drawing lesson is almost finished, we only need to add a few shadows in order to make our drawing more voluminous. As we have already spoken in many of our lessons, the shadows should be drawn using hatching of varying intensity. The intensity will depend on how dense the shadow is.

As we said, in this lesson about the fantasy character we showed a collective image. If you want to draw any other similar character, then you can easily use the tips from this lesson.