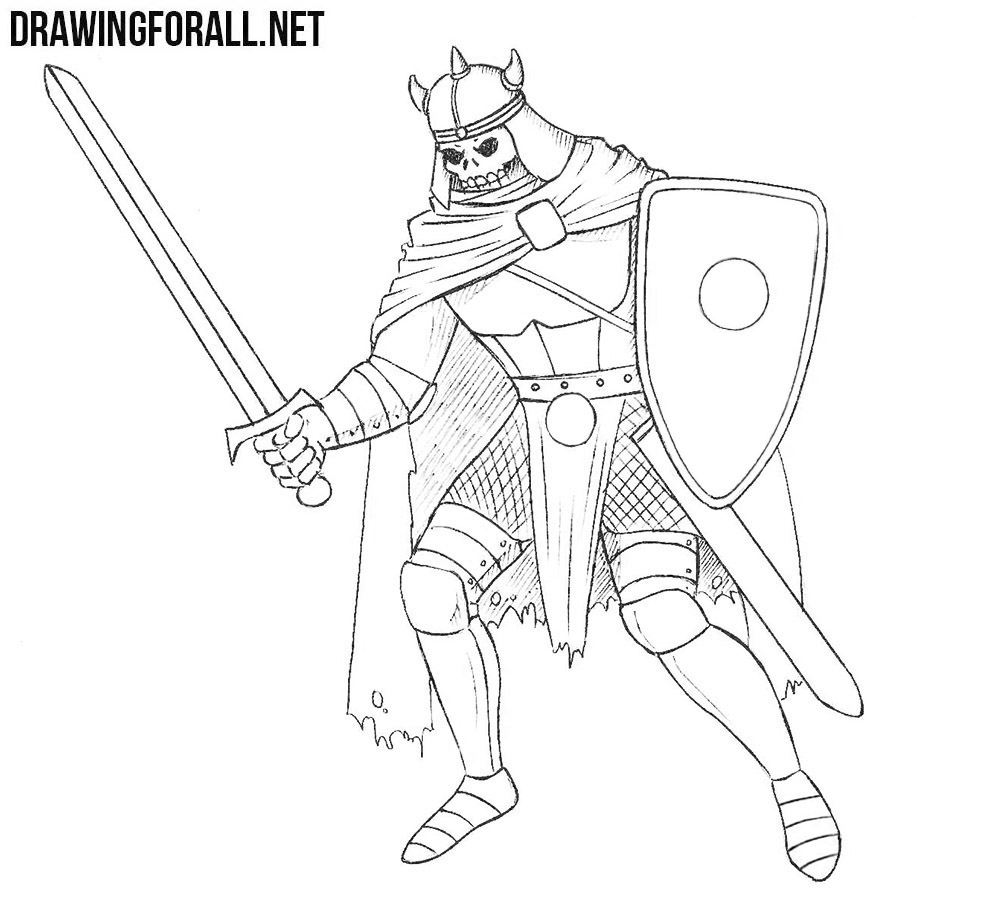 Hello dear artists. In the previous drawing lessons we showed you how to draw a fire elemental and kobold. These characters we could see in such universes as Dungeons and Dragons. Today we decided to draw another monster from this universe. So, meet the lesson about how to draw a death knight.

So, let’s start with the skeleton of our death knight. This step is always about the same in all drawing lessons about people and creatures that have human proportions. Sketch out the head in the form of an oval, then the spine, on which the thorax and pelvis are located. At the end of the step sketch out the arms and legs. 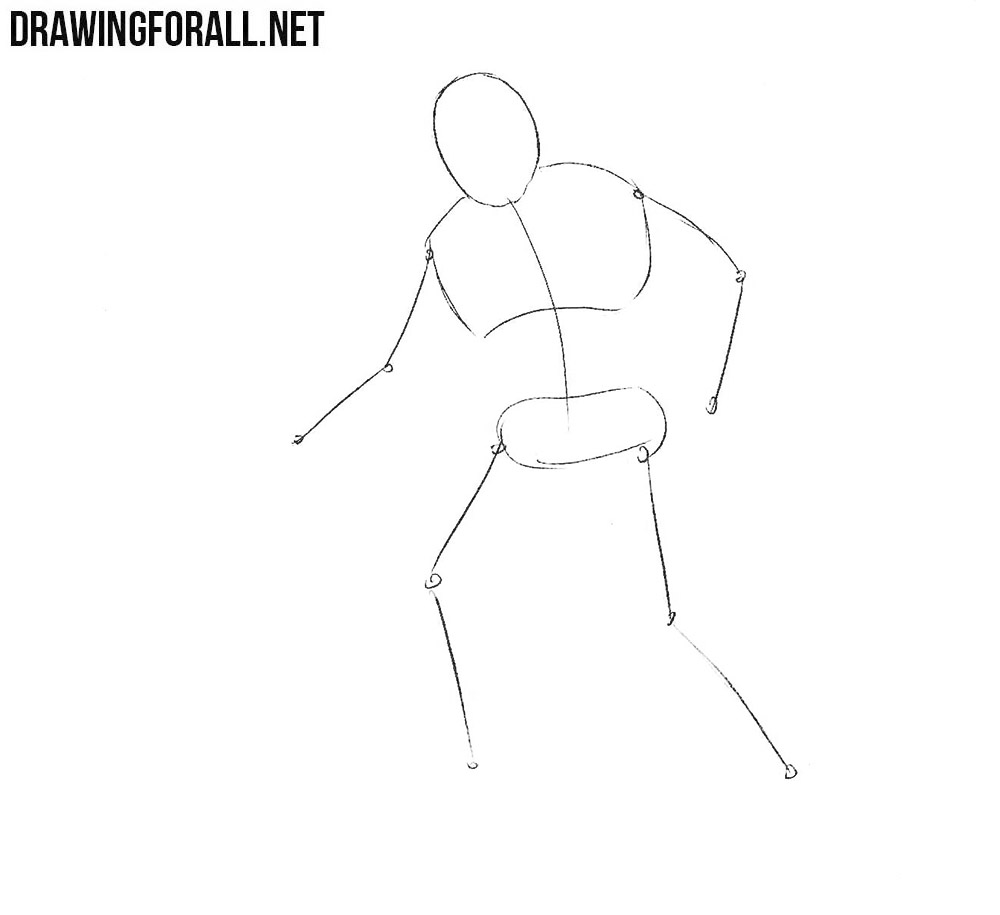 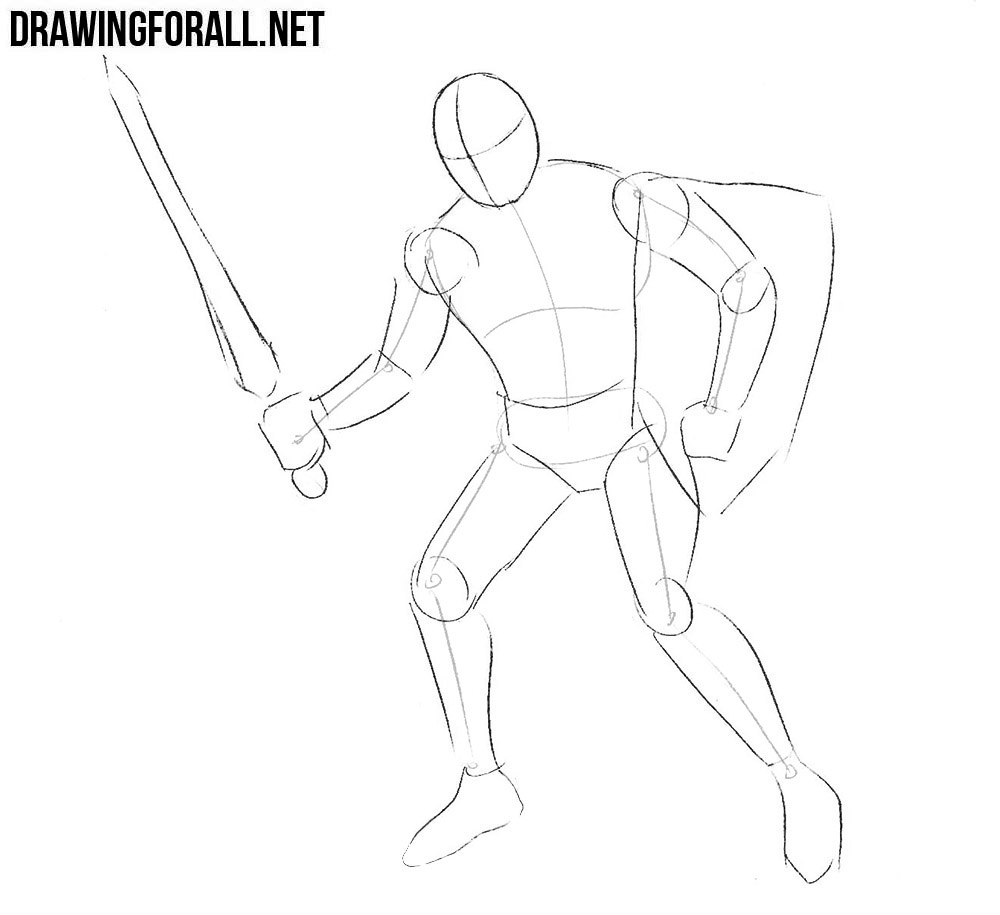 Let’s take care of the details. First of all draw out a horned helmet. Next draw the outlines of the skull as in our example. We decided to draw a horned helmet, but of course you can draw any helmet, for example as in the drawing lesson about armor.

Draw out the top part of the cape, which lies on the shoulders of our monster. Next draw out the elements of armor on the torso. Erase all unnecessary lines from the torso. 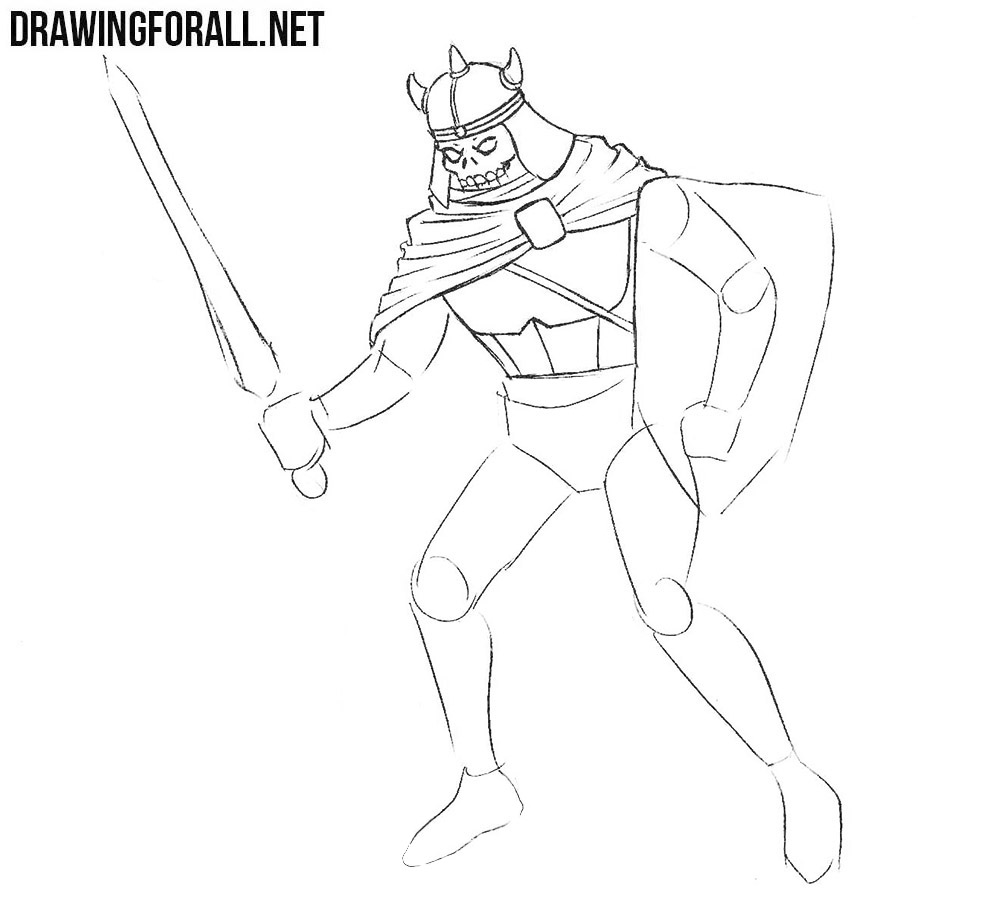 Now let’s move to the arms, or rather to the arm, since the left arm is occupied by a shield. So draw out the shield, using clear and dark lines. Next, draw the right arm with elements of armor. Draw out the sword in his hand. 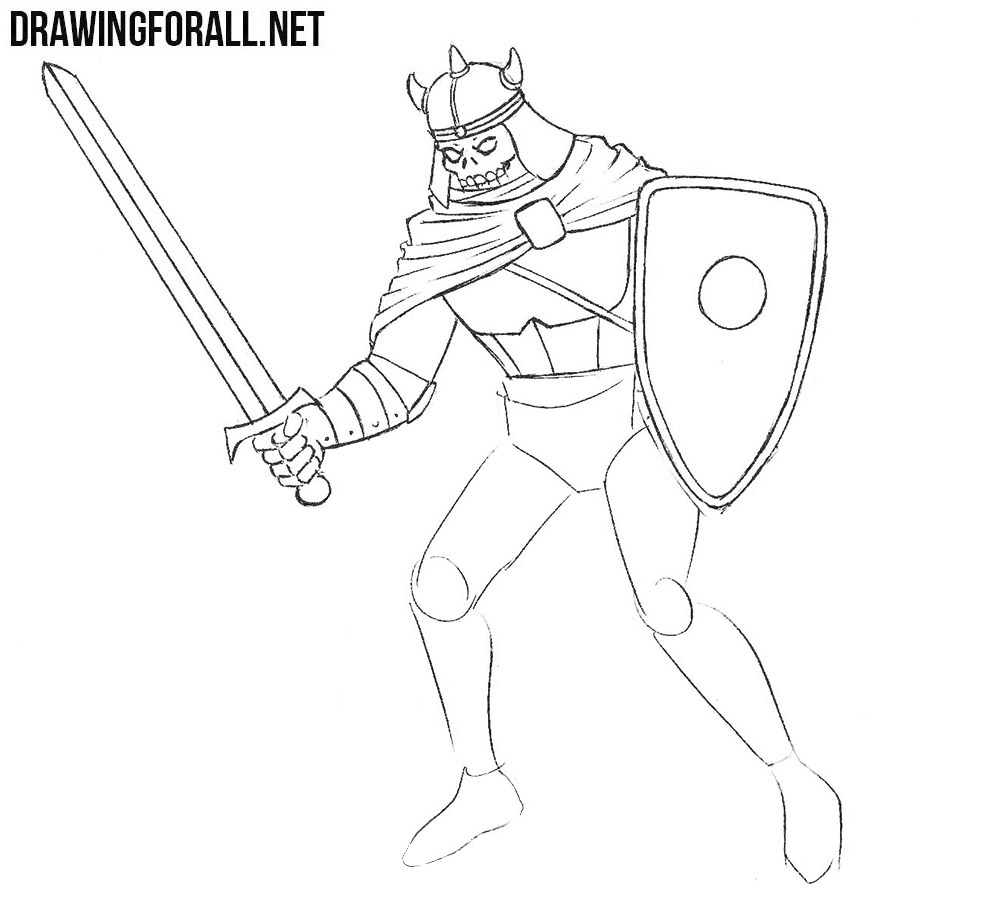 Now let’s move on to the lower part of our body of our death knight. Carefully draw the belt with a hanging scabbard. Next draw out the legs with the elements of the armor. And at the end of the step draw out a torn cape behind the shoulders of our warrior. 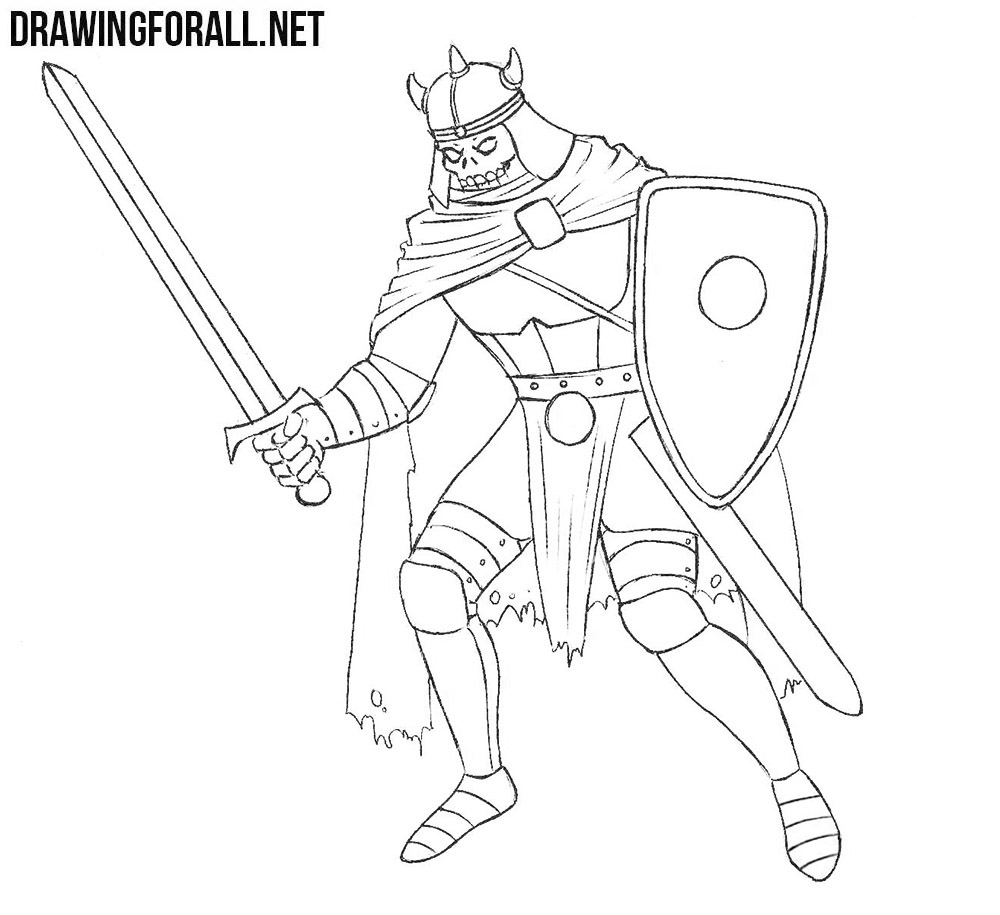 Death knight drawing is almost ready. We have only to add shadows. This will make our monster more three-dimensional and realistic. Paint out the eye sockets. Using hatching add shadows in areas where the shadow does not fall. Also, with the help of intersecting lines draw out the texture of the chain mail.

Today we showed you how to draw a death knight. What characters and monsters of fantasy do you like? Write about it in the comments to this article. By the way, visit our social networks and share our drawing lessons.