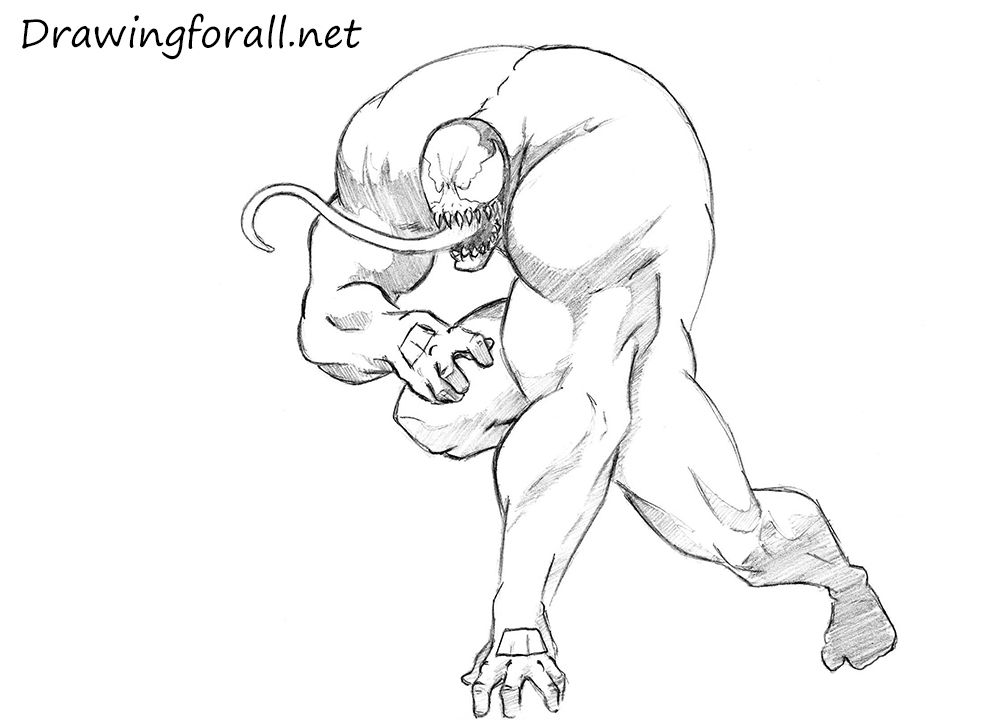 Hello, dear artists and Marvel comics fans! Today we will draw one of the most terrible and frightening fictional villains. Formally, it is an enemy of Spider-Man, but he also often appears in other Marvel comics. This monster sometimes looks like a man, but nevertheless he always remains an eerie, frightening creature not of our world. So let’s start this tutorial and learn how to draw Venom!

So, first using a stickman (a man made of circles and sticks) we’ll depict the posture of Venom. At first, using an oval draw the head. Sketch out the vertical line of the facial symmetry, which will help us to find the center of the head. Using lines draw hands, spine and legs. Using circles draw fists. 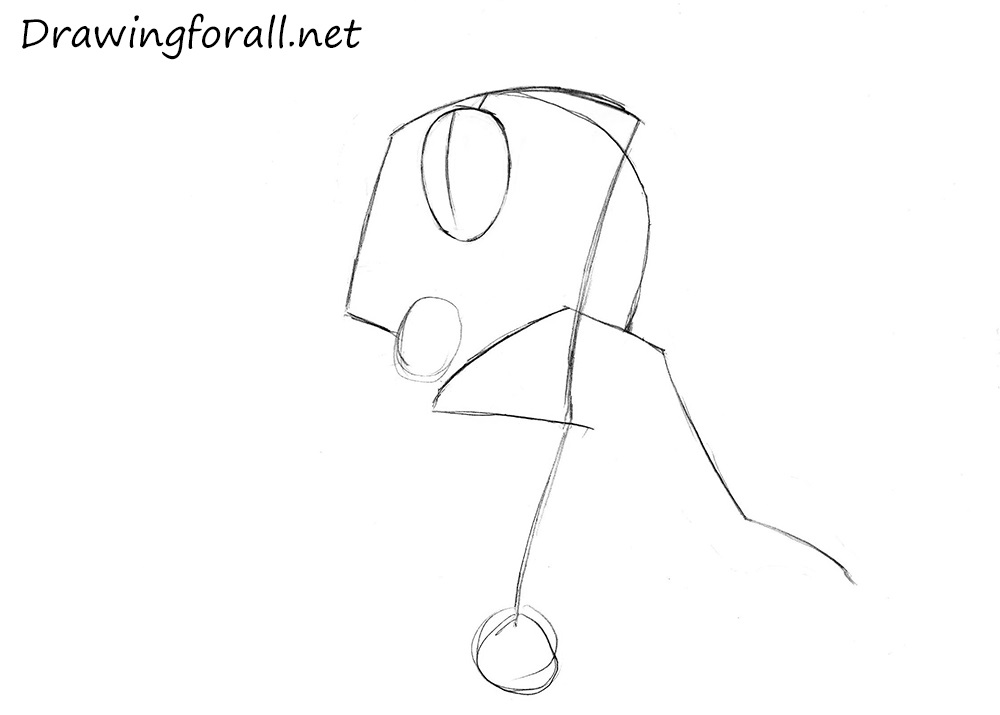 At this step we will add some volume to the Venom’s body. At first, using circles draw shoulders. Using curved line draw the back. Using ovals draw hands. Notice that the forearms should be slightly narrowed to the fists. Using curved lines draw legs. 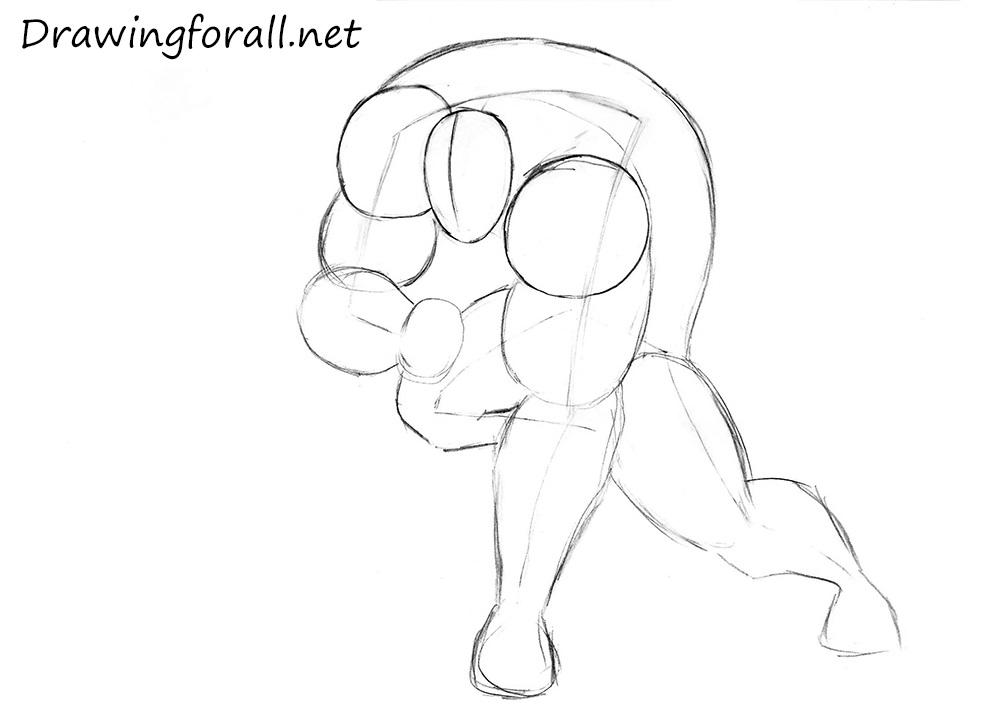 At this step in tutorial about how to draw Venom step by step we will add details and muscles. At first we need to draw Venom’s head. At first, using the vertical facial line from the previous step draw eyes. In contrast from the Spider-Man’s eyes, the eyes of Venom should look torn and ragged. Then draw the mouth with sharp teeth and jaw. Then using smooth curved lines draw the massive deltoids. Then draw back and add the outline of the spine in the middle of the back. 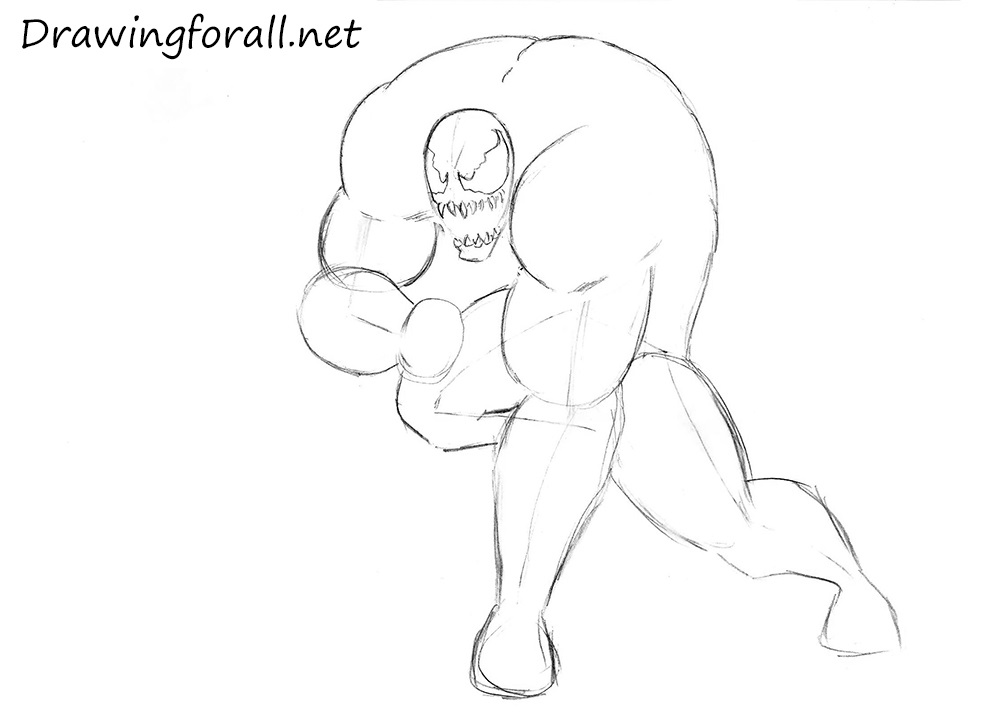 Note, that the hands look voluminous not only due to biceps – a substantial proportion of the volume accounted for triceps. Using smooth and curved lines draw biceps and triceps. Draw fingers as in our example. Move to the legs. Draw the powerful muscles of the thigh and calf muscles. Draw knees and the foot of Venom. Erase all unnecessary guidelines and move to the next step. 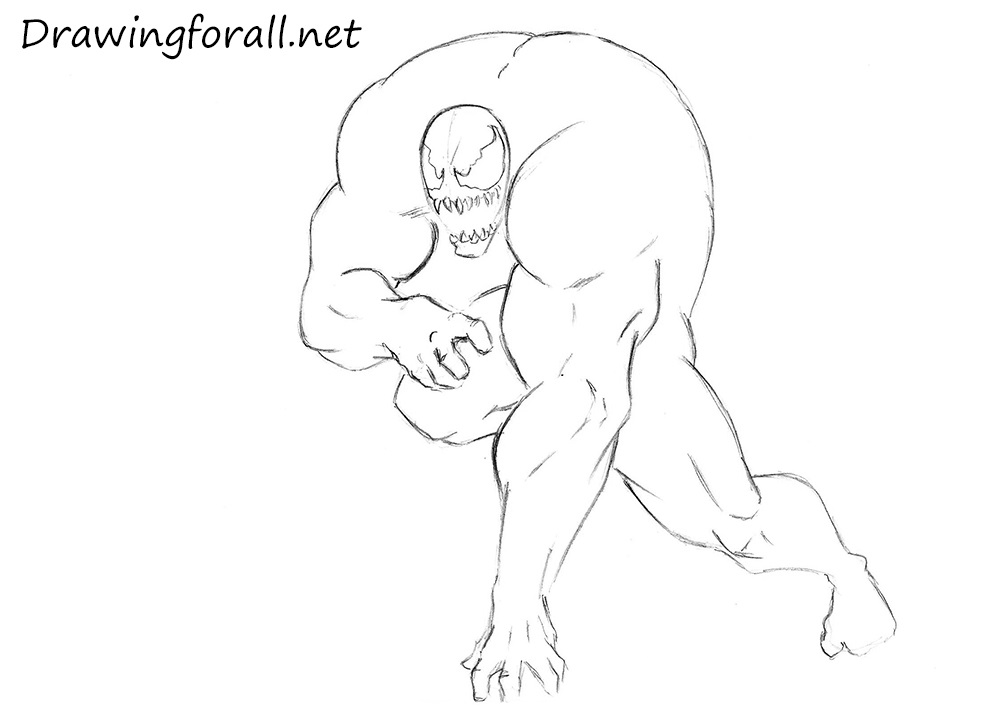 At this step we will add final details to Venom. Draw long and curved tongue. Draw rectangles on the back sides of the palms. Darken the lines and erase all remaining unnecessary strokes. 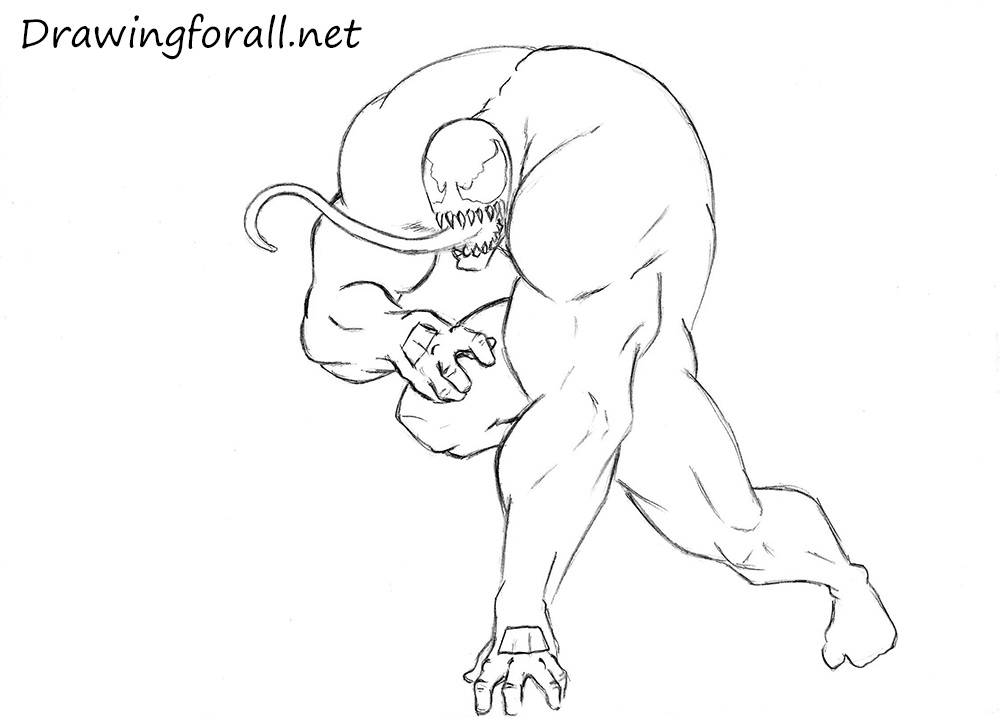 At the last step of tutorial about how to draw Venom we will add shadows. In order to get shadows as in our example, you should first outline the contours of the shadows, then hatch the shadows using equal strokes. If in the drawing of Venom you made mistakes, just erase failed lines and draw them again.