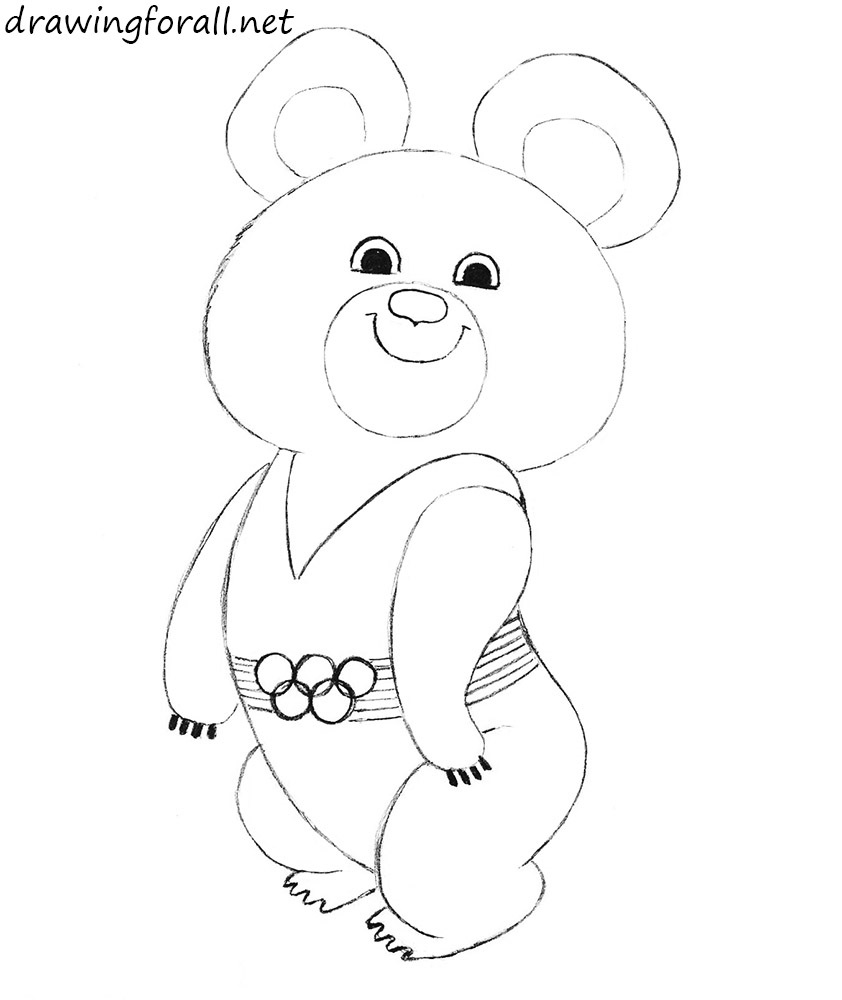 Hello dear artist! Today we have prepared a quite unusual drawing lesson for you in which will teach you to draw The Olympic Mishka, which translated from Russian means The Olympic Bear. In one of our previous tutorials we have drawn one of the most recognizable symbols of Russia – the Matryoshka doll. In another tutorial, we have drawn another one famous soviet symbol – Cheburashka. Many of our readers liked these lessons, and they asked us to draw the symbol of the 1980 Olympic Games. In 1977, the Olympic Games Organizing Committee announced a competition for the best image of a bear for the upcoming Games in 1980. Of the large number of options has been selected a drawing of Victor Chizhikov. It was a smiling bear standing on two legs and wearing a belt with the Olympic rings. So, let’s start the tutorial and learn how to draw the Olympic Mishka!

First of all draw a flattened oval. This will be the head of the Olympic bear. And as in our previous drawing tutorials, we want to notice, that in the first steps you should try to not press down too hard on a pencil. 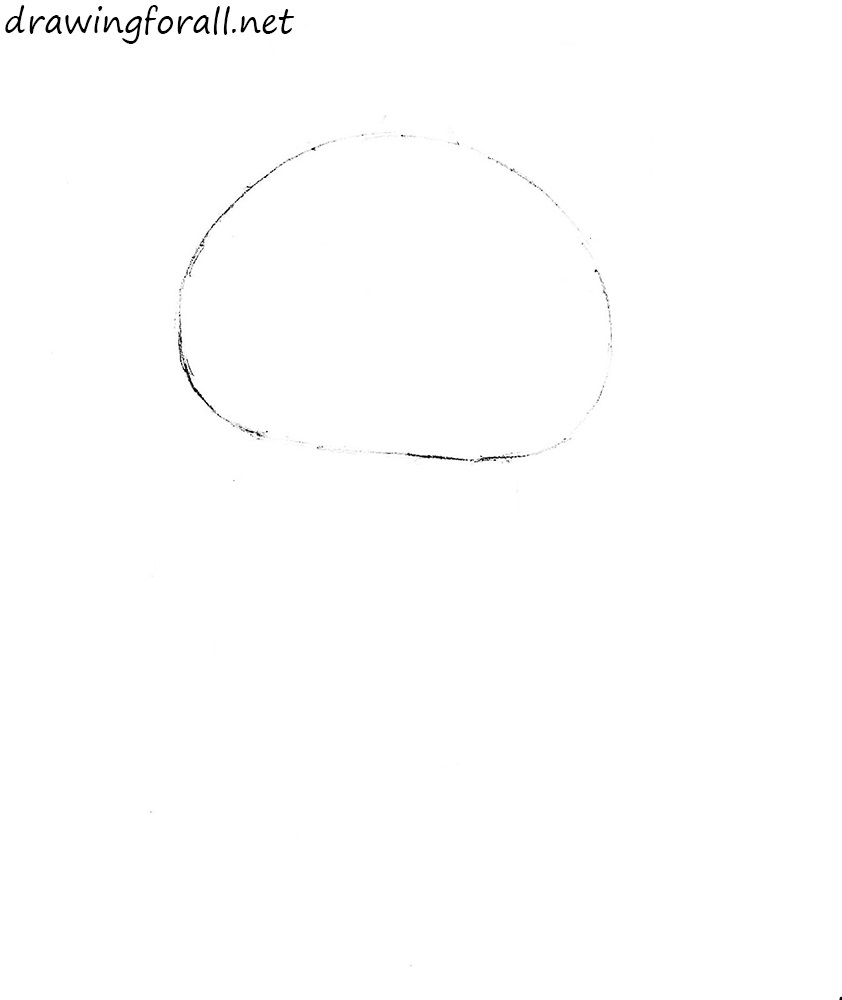 Now outline a horizontal line at the top of the oval. This line will help us to draw the eyes. This line you should draw with minimal pressing on a pencil. 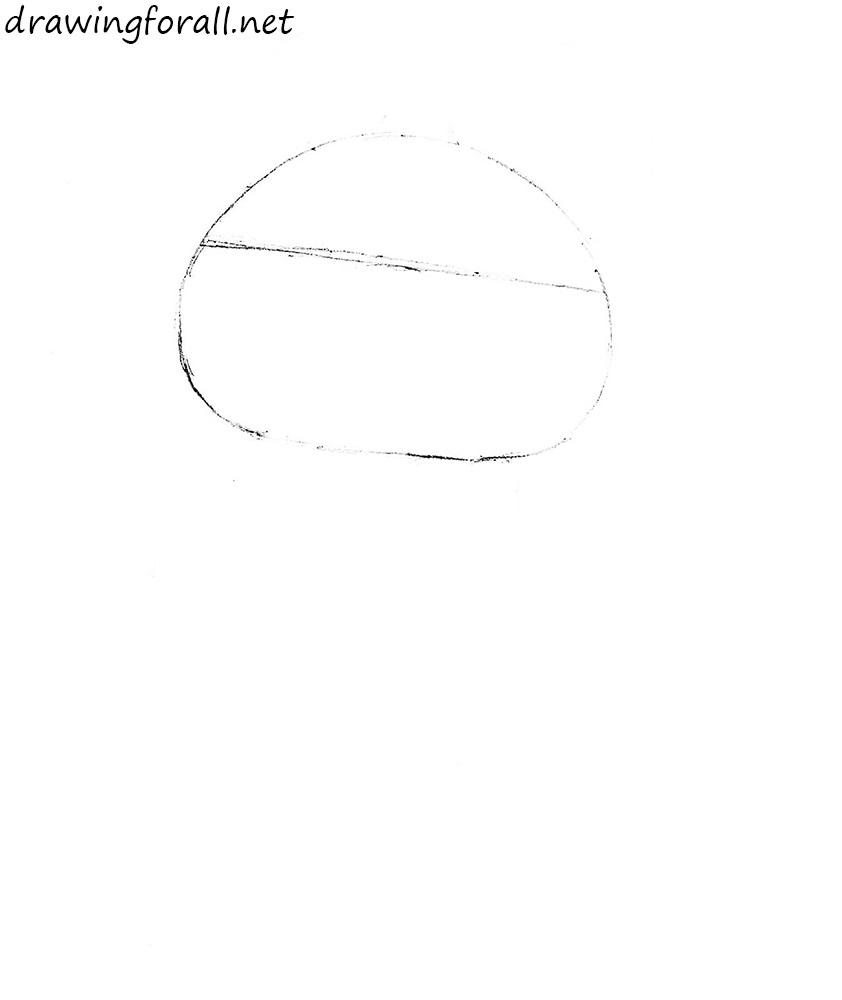 With simple curved lines outline the eye using the markup from the previous step. 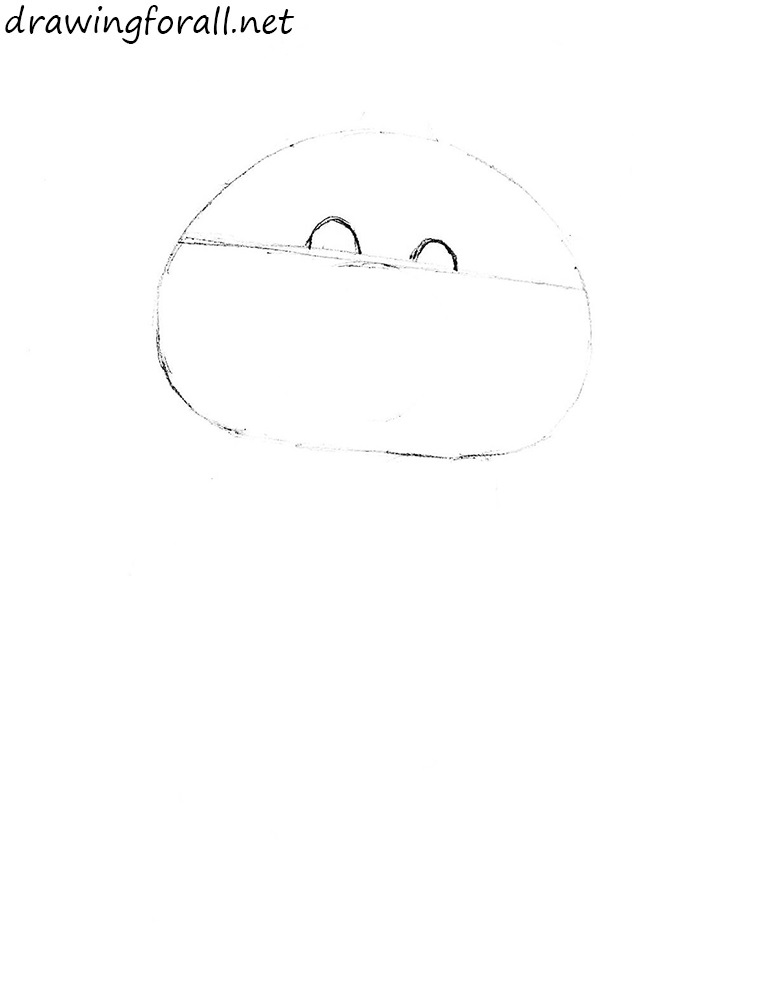 Now, under the line, that was sketched in the second stage, draw a circle. Many of the lessons of our website dedicated to cartoon characters are drawn in the same style. A very obvious example – a lesson on how to draw a pony. 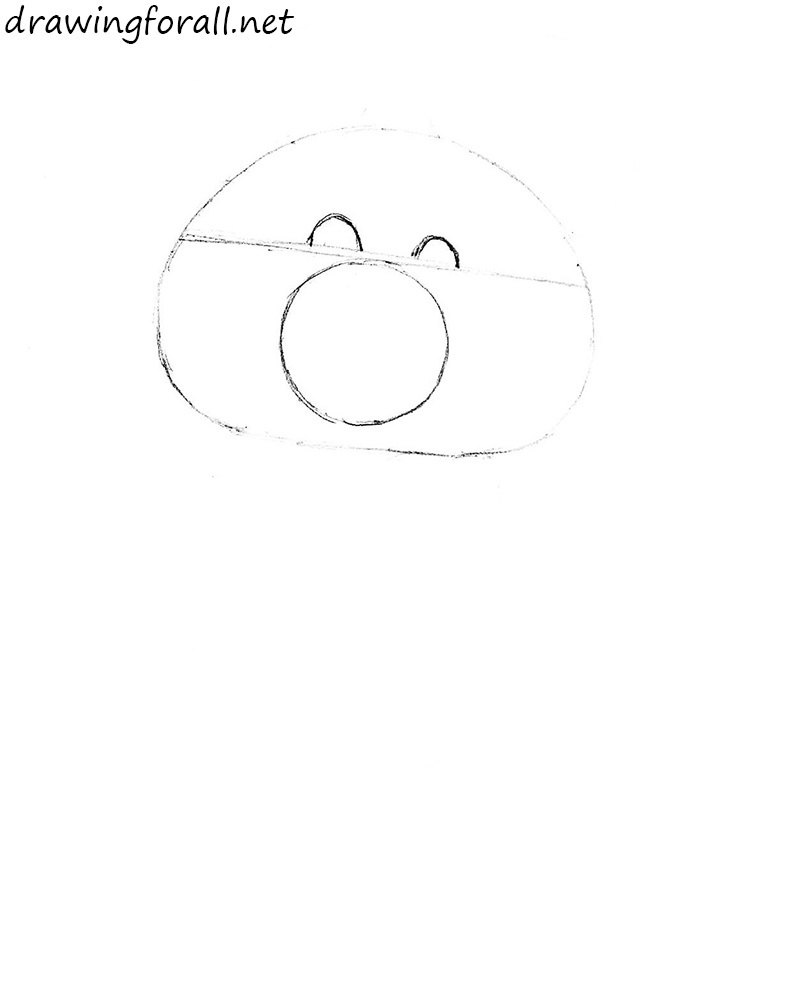 In this step we draw the ears of Mishka. They should be placed over the eyes and about the same distance from each other. 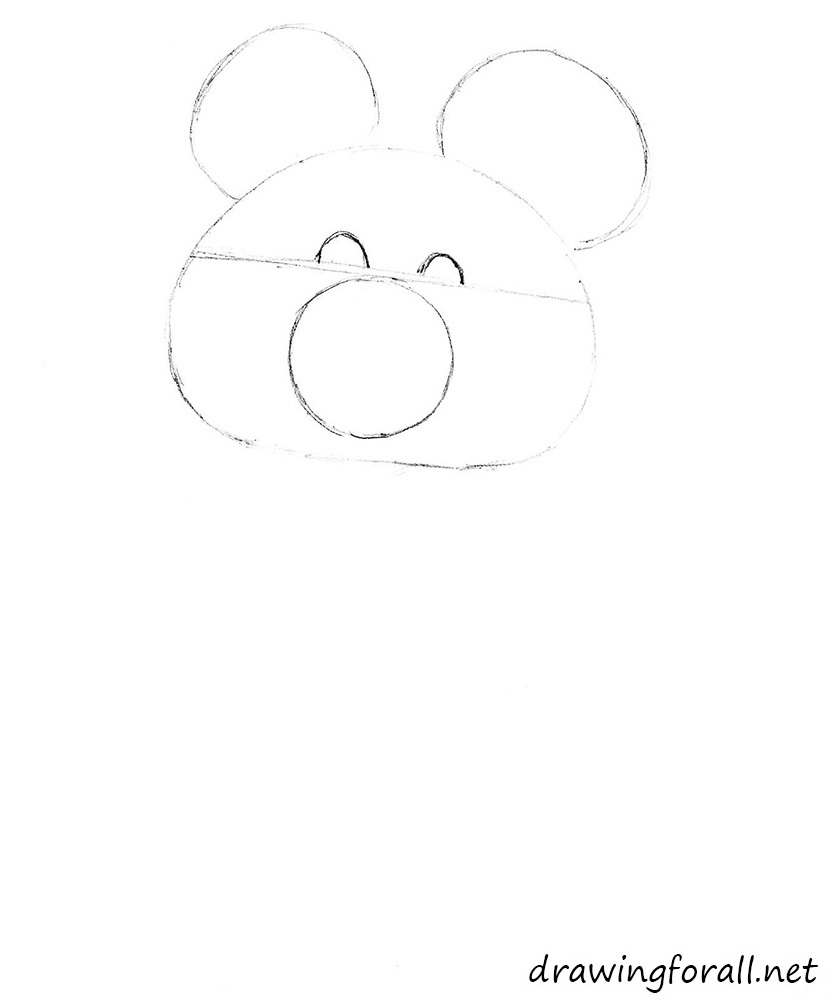 We are in the middle of a lesson on how to draw Olympic Mishka. Draw the torso in the form of the bean. The torso should be slightly narrower and longer than the head. 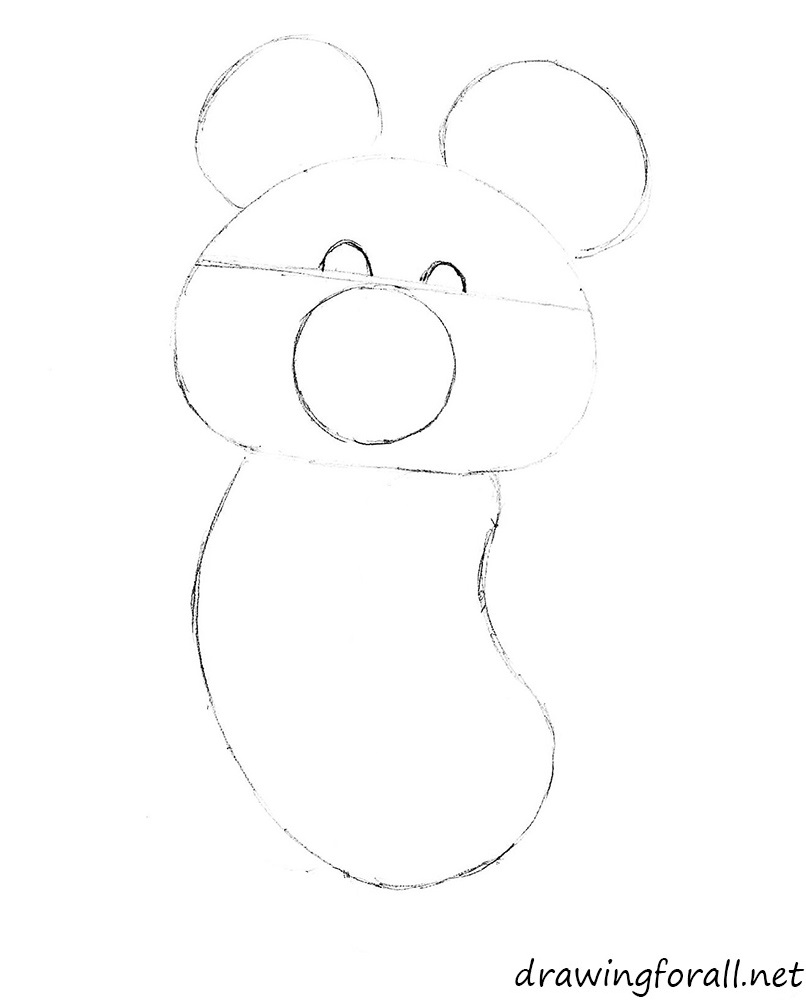 Now draw the hands of our bear. They should be in the form of ovals. 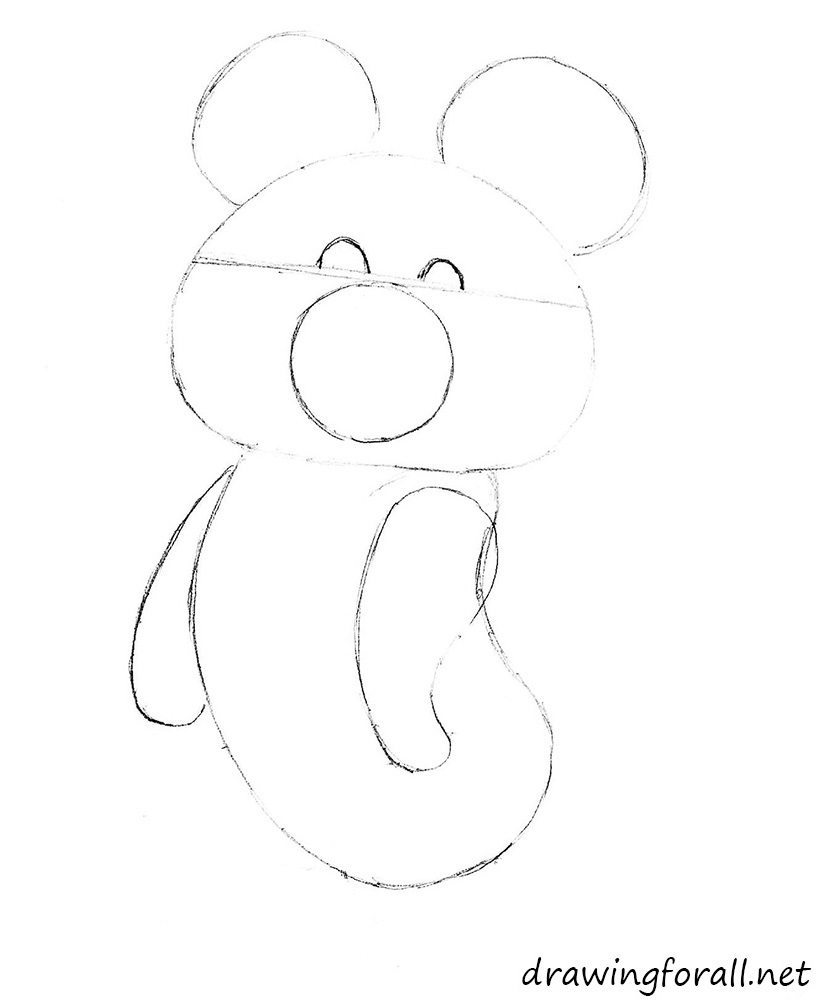 And at this step, draw the rounded legs. Well, the silhouette ready, and in all subsequent steps we will draw the details of Olympic Mishka. 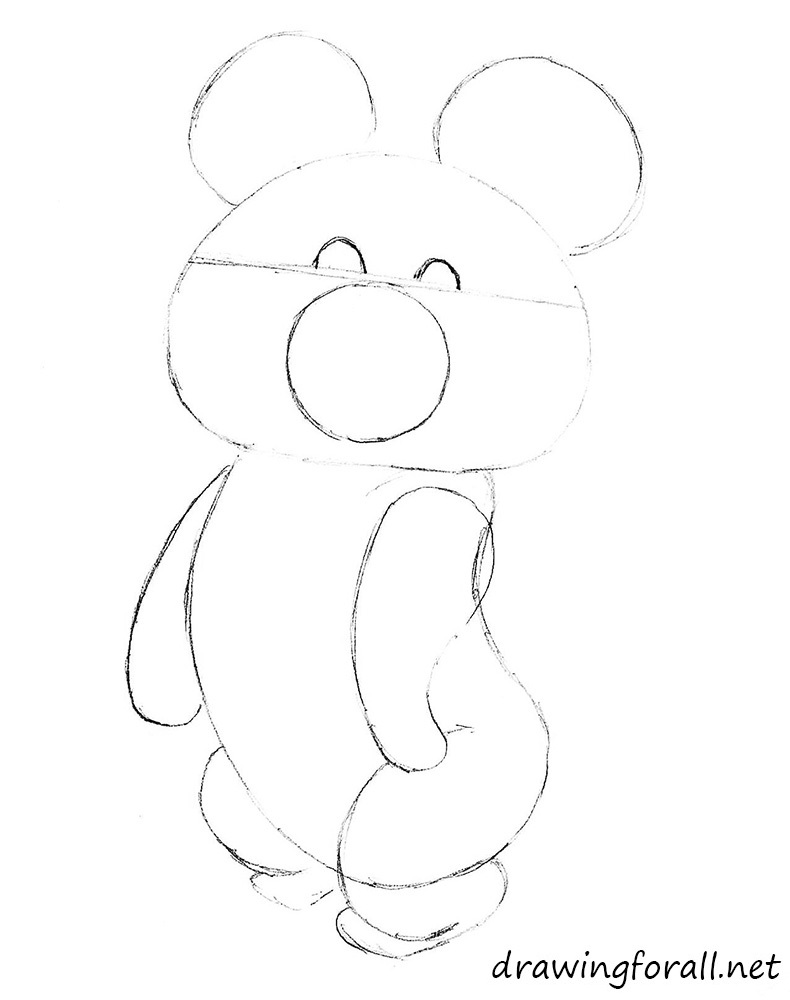 Erase all guidelines from the head, draw pupils and darken the lines of the eyes. 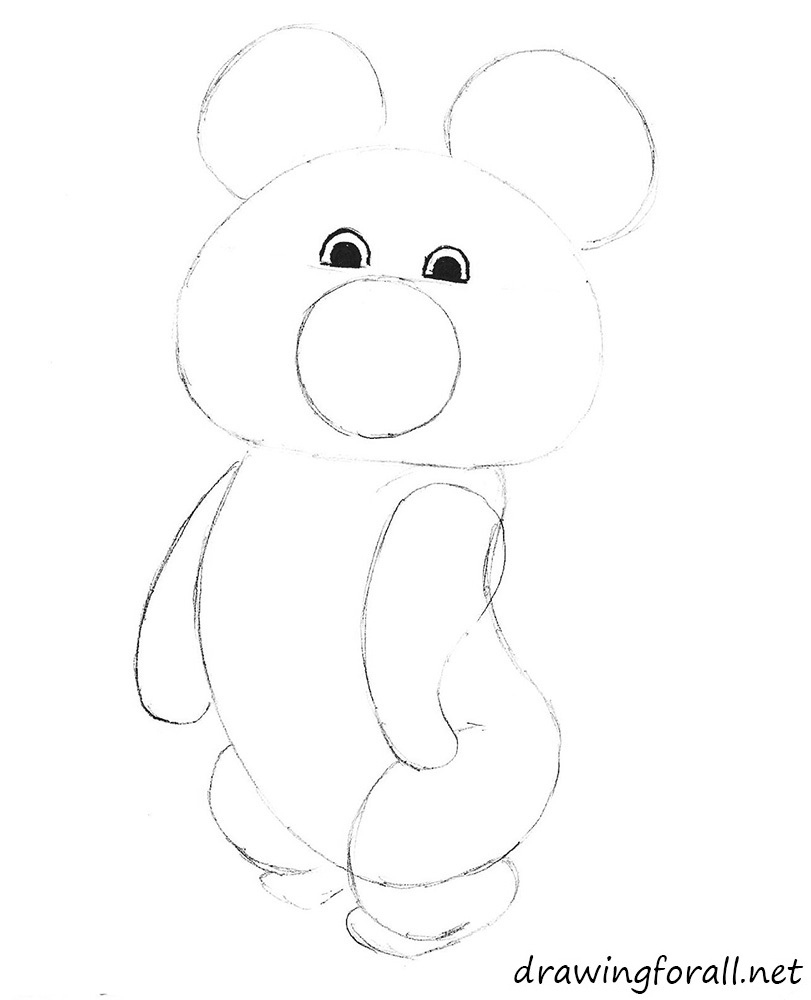 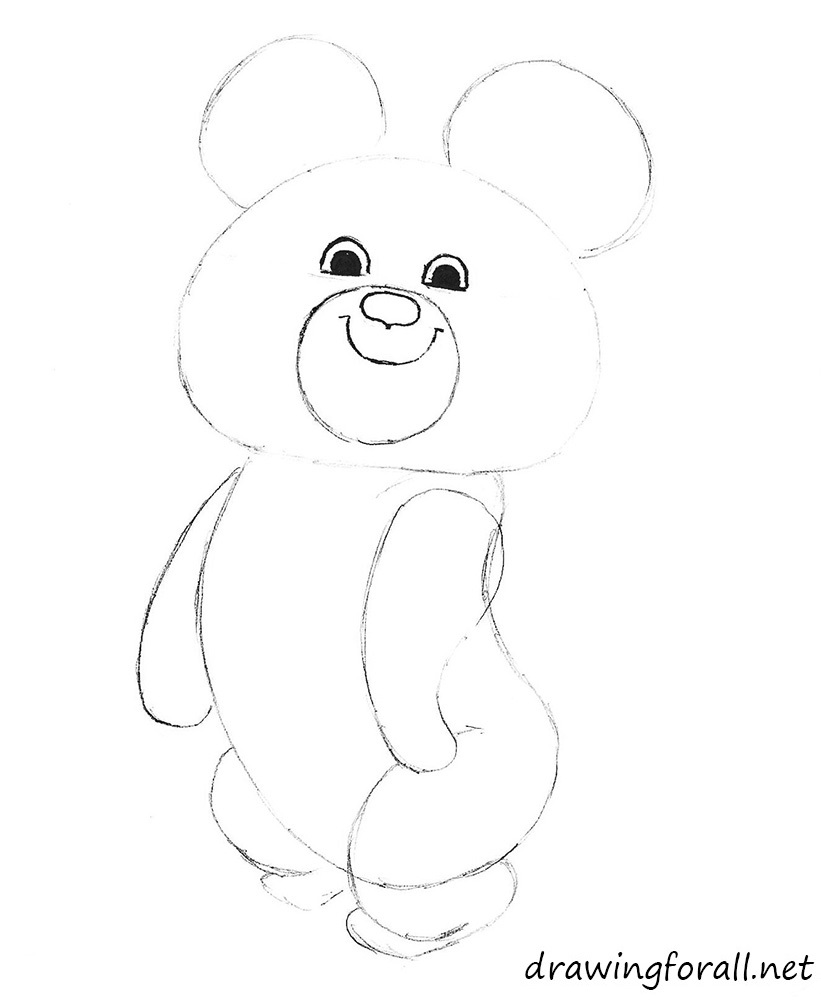 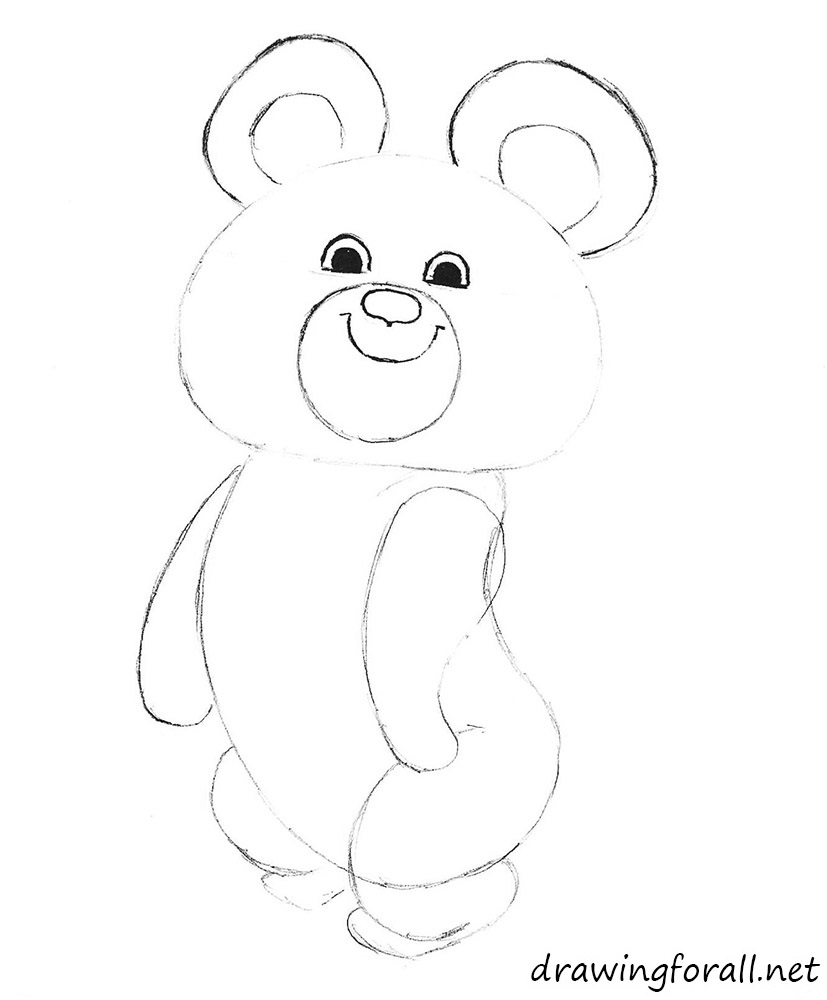 Erase all the guidelines of the body from the previous steps and draw a triangle on chest and claws on the limbs. 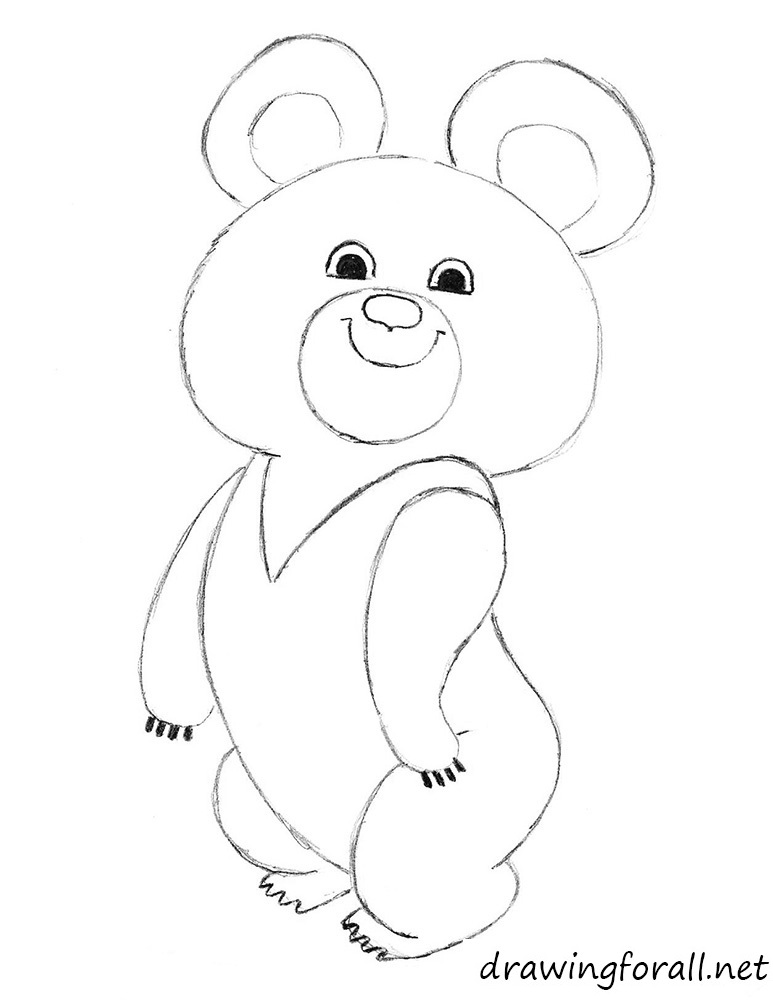 This will be the final stage of the lesson about how to draw the Olympic Mishka step by step. Here, we only need to draw a belt, in which is clothed our charming hero.