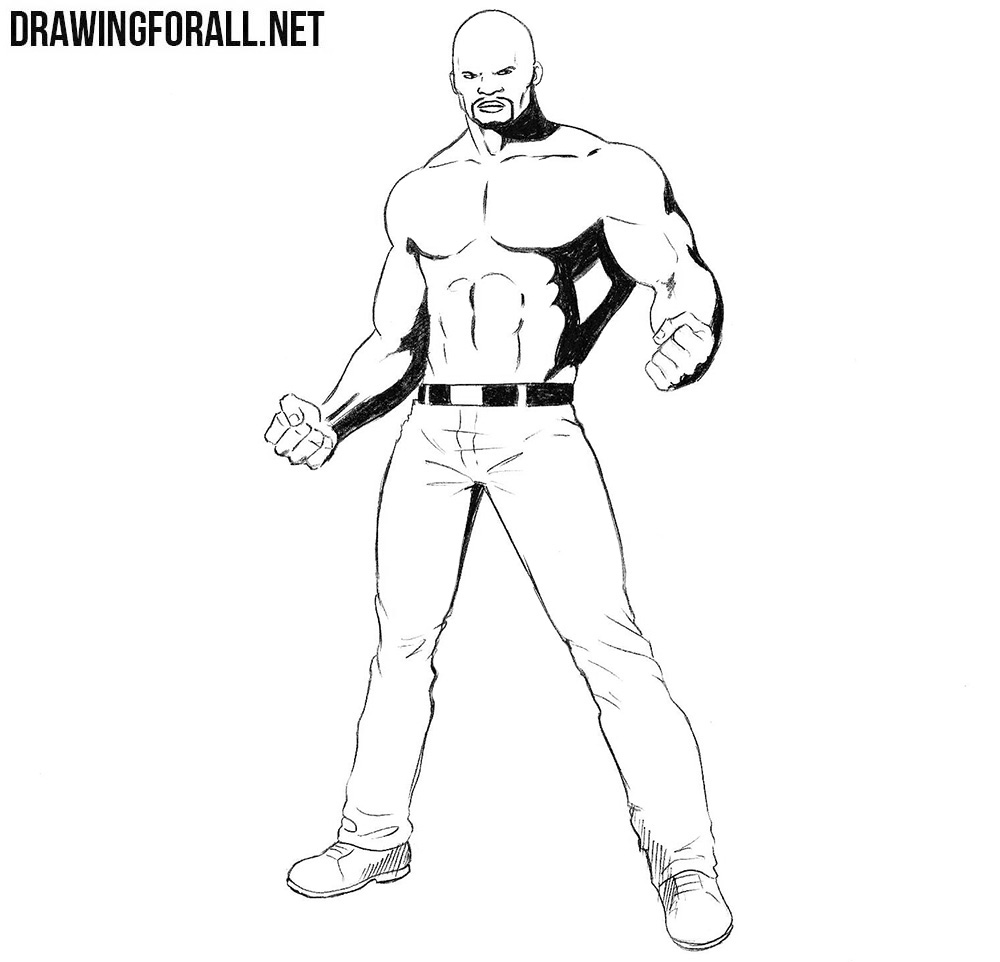 Hello dear artists. On our site there is a huge number of drawing lessons about different superheroes, such as Black Panther and Quicksilver. Today we decided to make another one lesson about this theme and made the lesson on how to draw Luke Cage.

Let’s start as always with the skeleton of our today’s character. It should be drawn with simple lines and geometric shapes. At first sketch out the head in the form of a figure resembling an inverted egg. Next sketch out the neck, which passes into the spine. Now sketch out the arms and legs with straight lines. 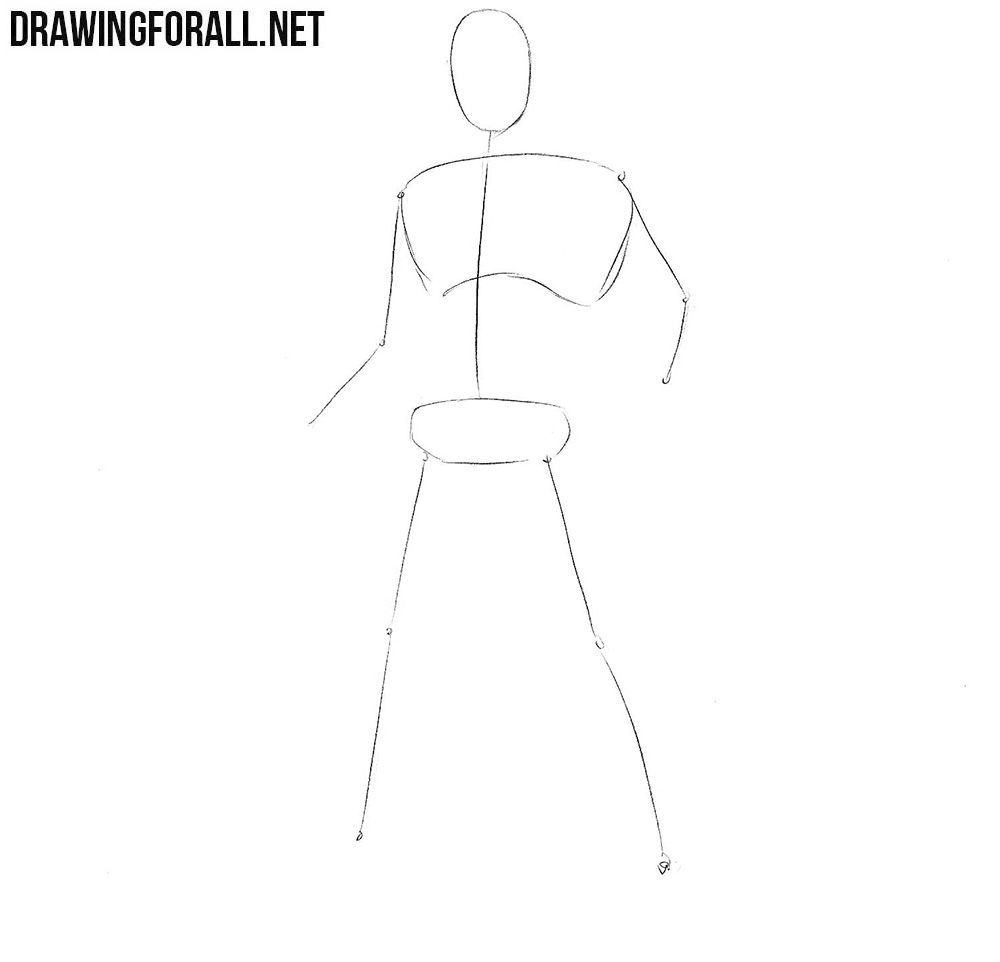 Now we draw lines of symmetry of the face, which should intersect in the center of the face, near the bridge of the nose. Next sketch out the neck and torso strongly tapering at the waist. Sketch out the arms and legs with simple geometric figures. 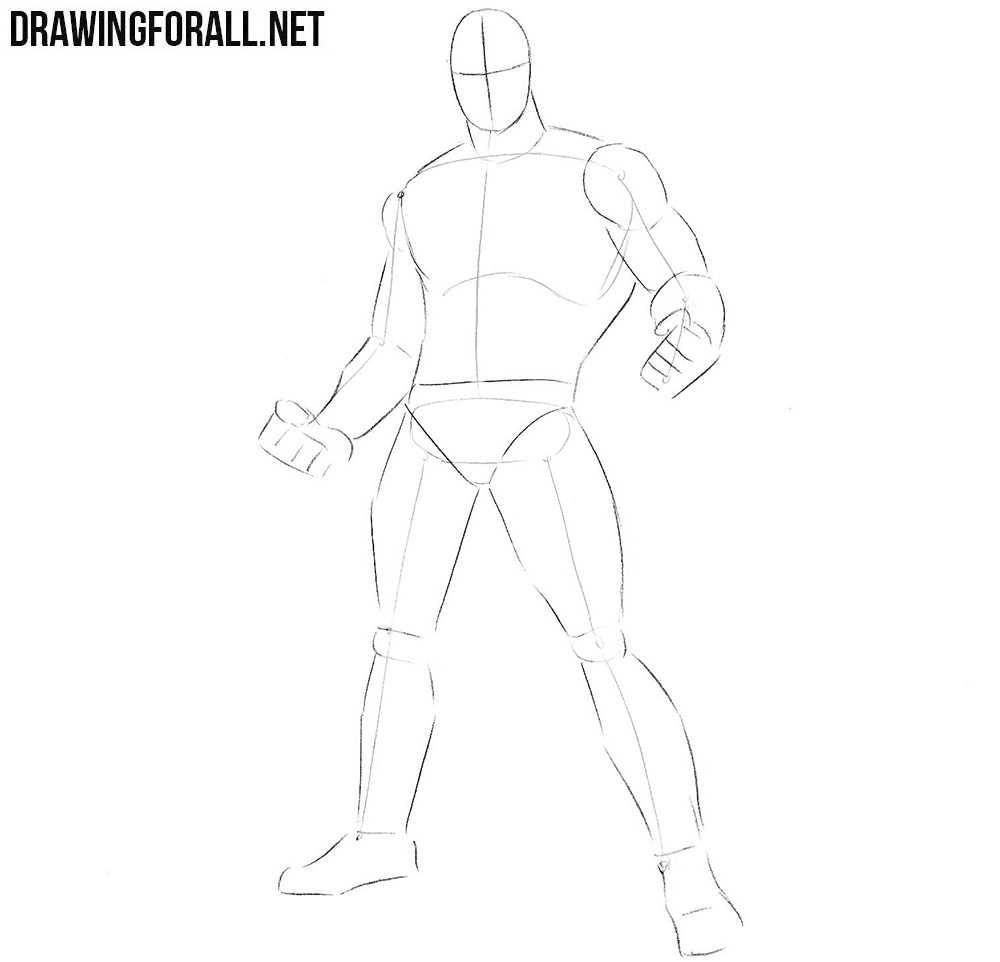 The mannequin of our character is ready, and now let’s take care of the details. Draw the eyes and slightly frowned brows. Next, draw a nose and lips. Use clear and dark lines starting with this step. 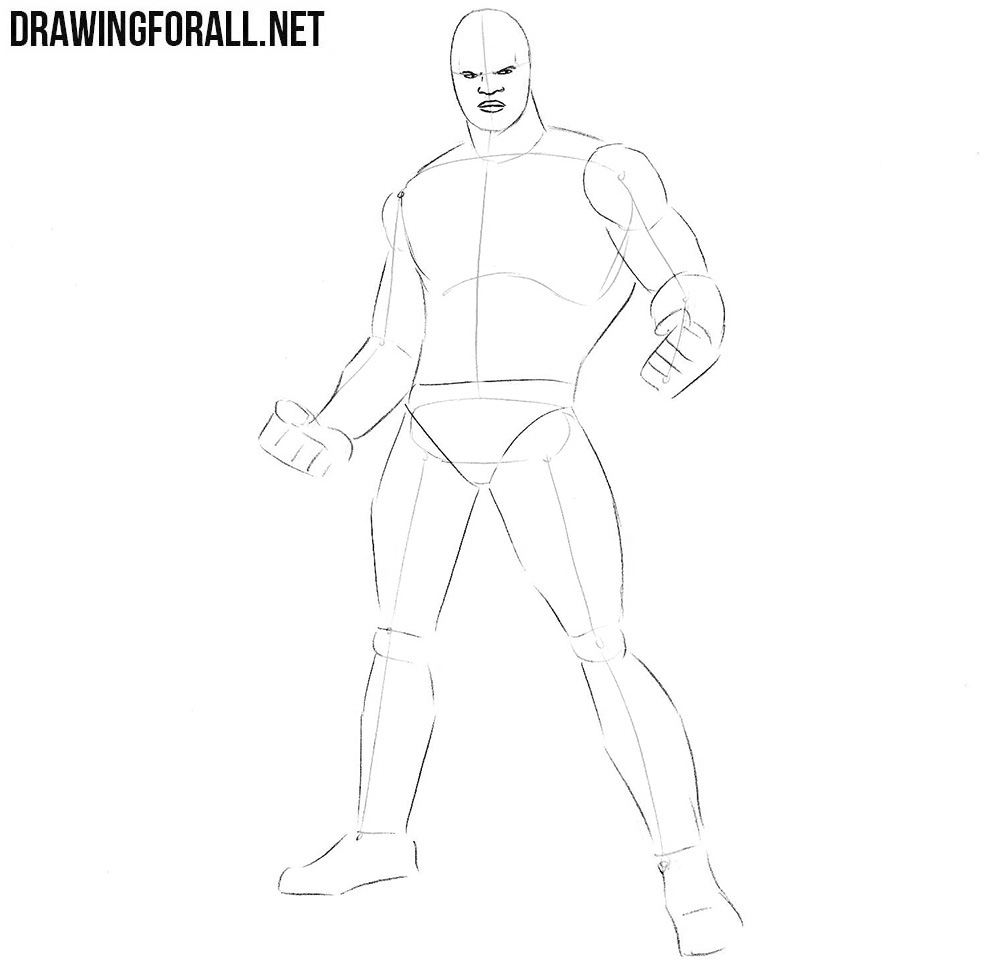 Here we finish drawing the head of Luke Cage. Carefully draw out the contours of the bald head, cheekbones and jaw. Draw out the ears and thin beard. 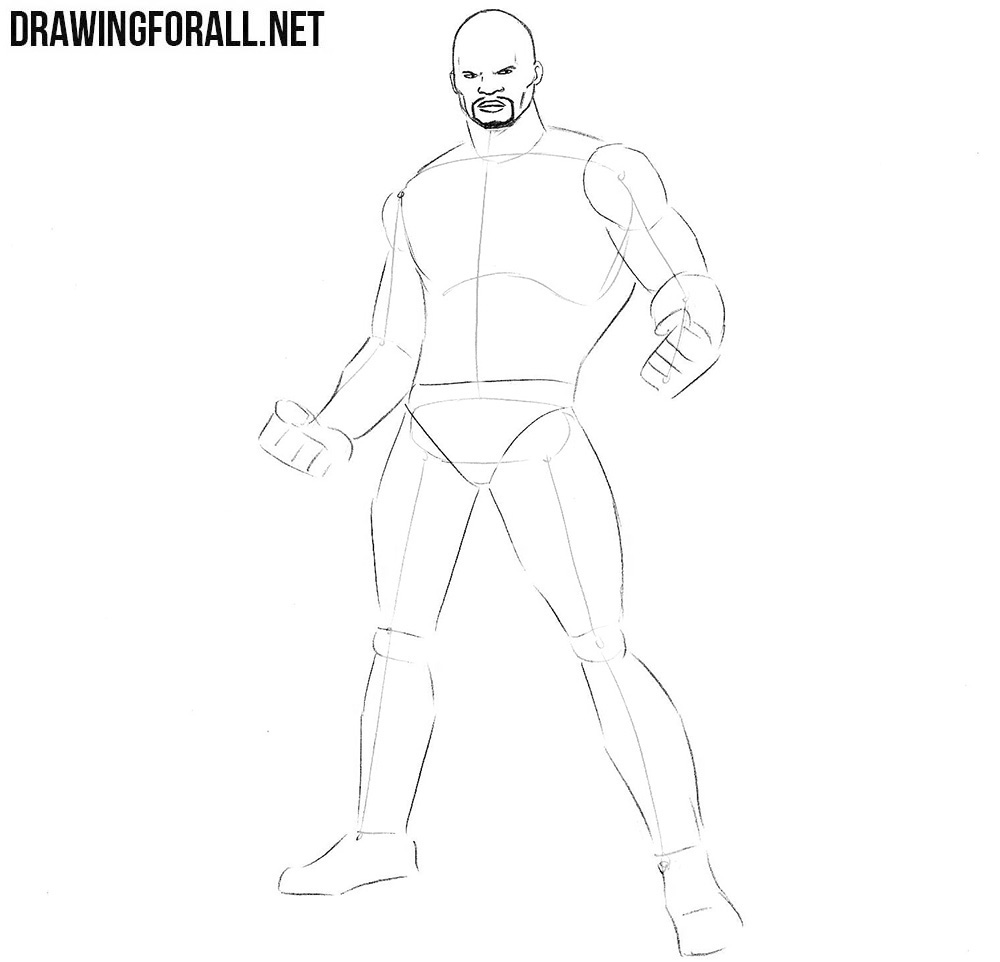 Now let’s move on to the torso. Continuing the neck lines draw a trapezoid muscles. A little below draw lines of clavicles and large pectoral muscles. Drawing wide back muscles and abdominals. 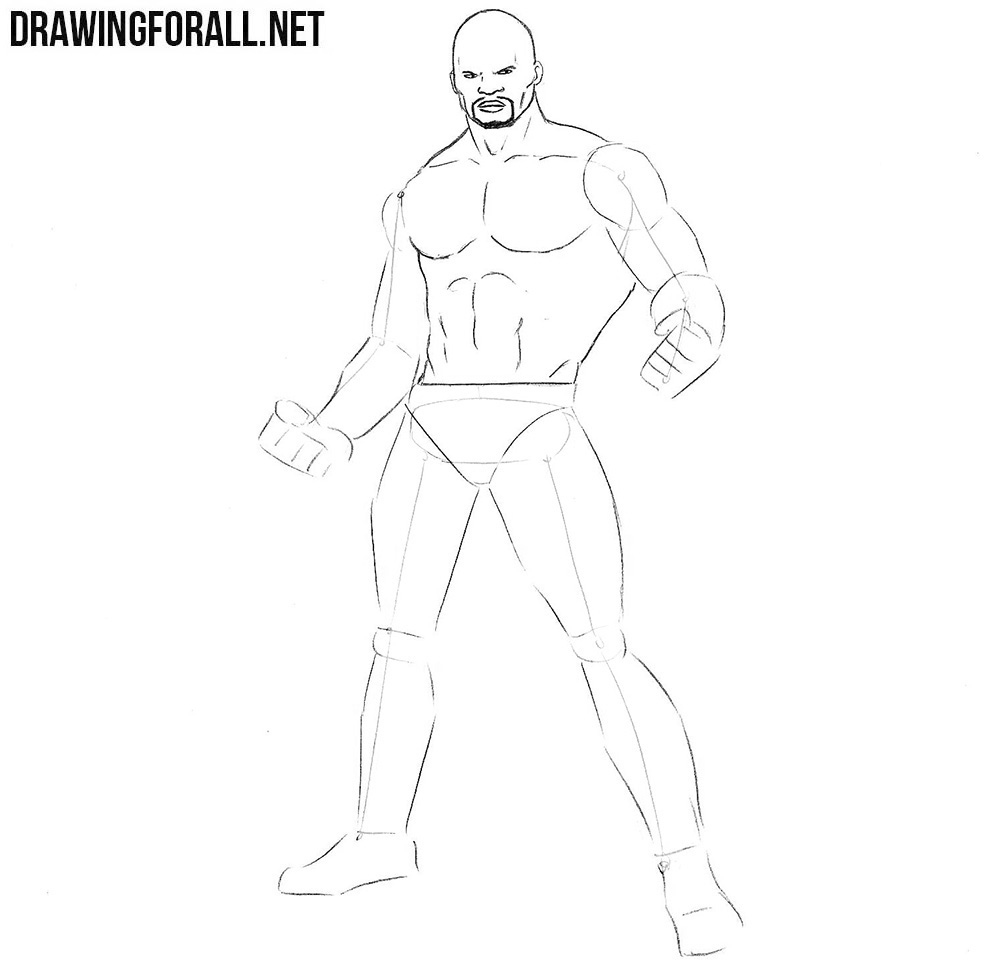 Now let’s draw the arms. First draw the large deltoid muscles, just below draw the biceps, triceps and muscles of the forearms. Draw hands clenched into fists and erase all the guidelines. 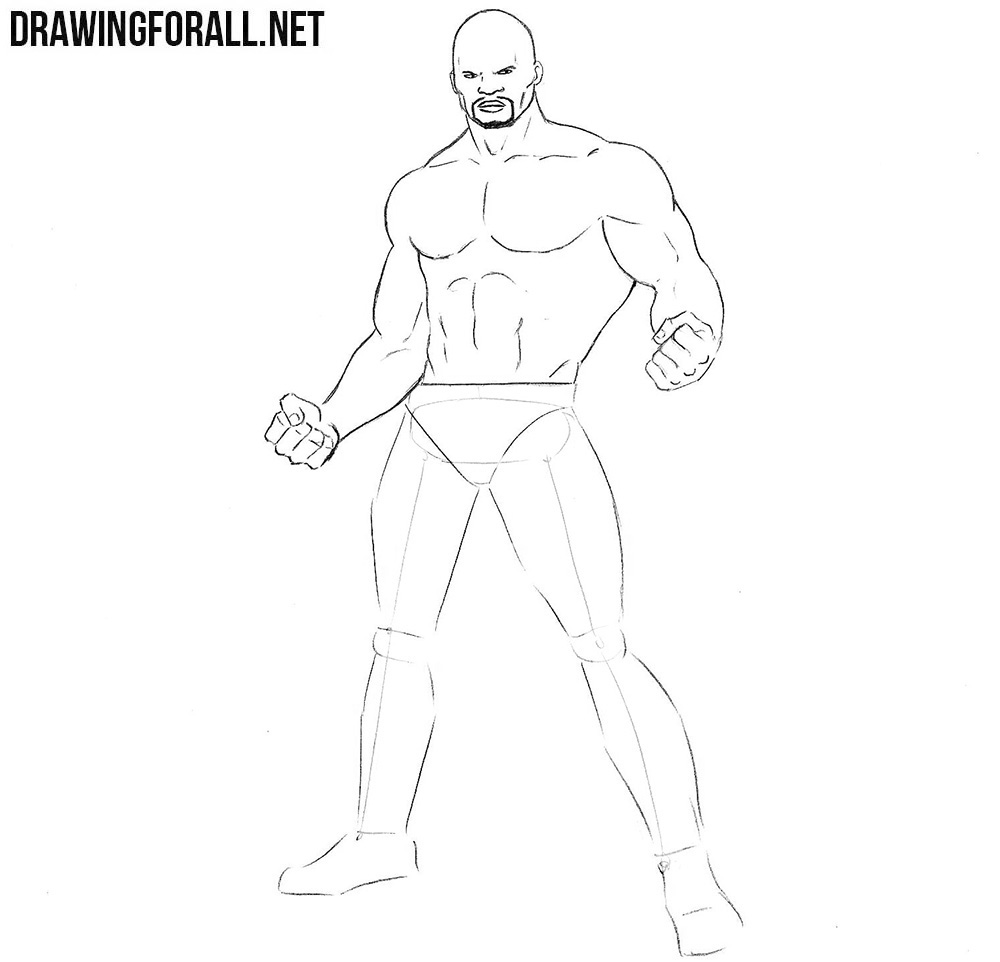 Now let’s move on to the lower body of Luke Cage’s. Draw out the belt and outlines of the pants. Draw seams, pockets and folds on the pants. And at the end of the step draw out the boots. 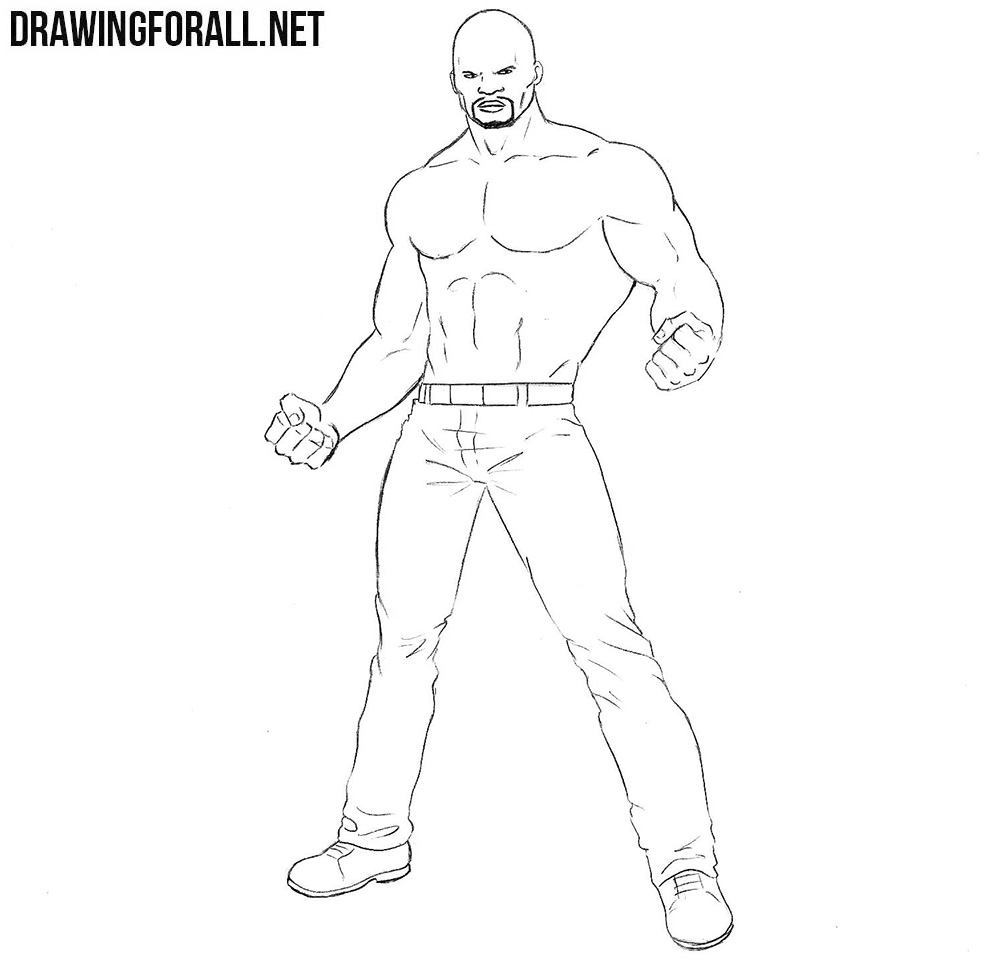 Now let’s move on to the shadows. As in all drawing lessons, the comics of the shadow here will be black and very contrasting. Draw the outlines of the shadows and then paint them in solid black.

It was a lesson on how to draw Luke Cage from Marvel Comics. Do not forget to visit the “Comics” section on our website, where you will find a huge number of cool drawing lessons.