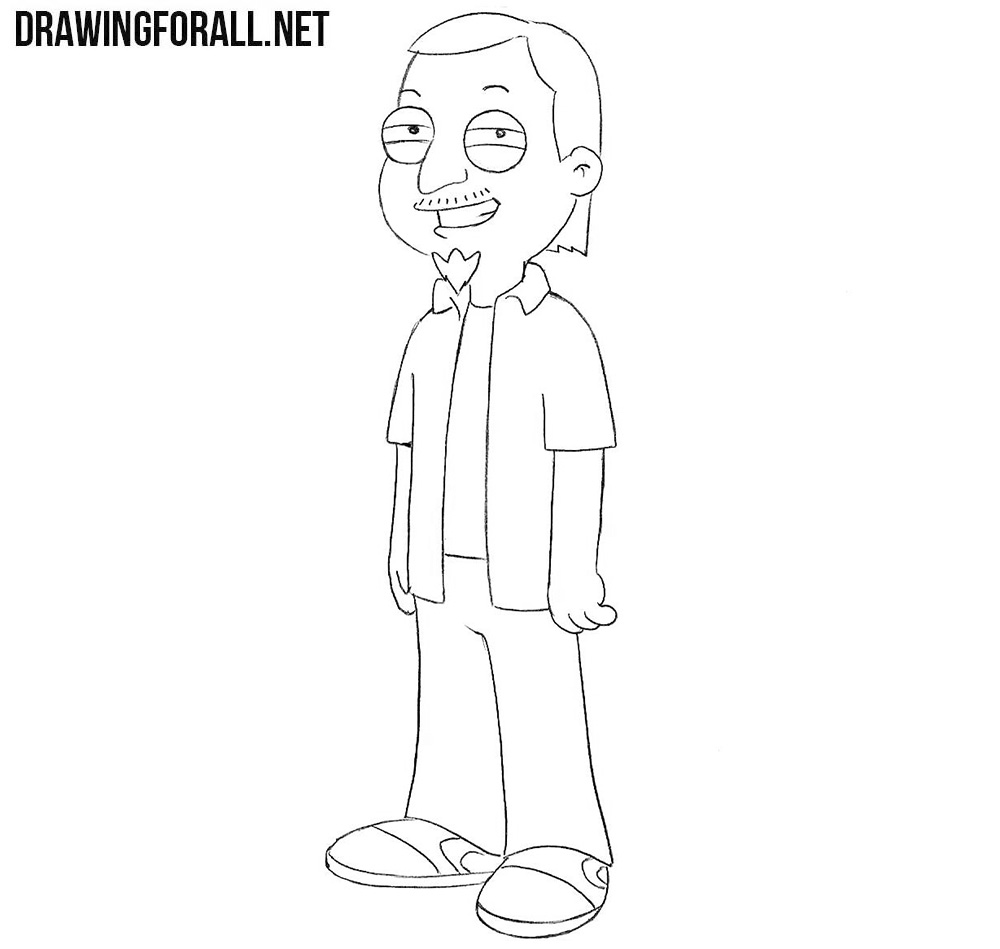 We have already drawn all the main characters from the series American Dad, and decided to start drawing significant secondary characters. In this lesson we want to show you how to draw Jeff Fischer – a very strange guy and husband of Hayley Smith.

First we draw out eyes in the form of two circles. Next, draw a sharp nose. 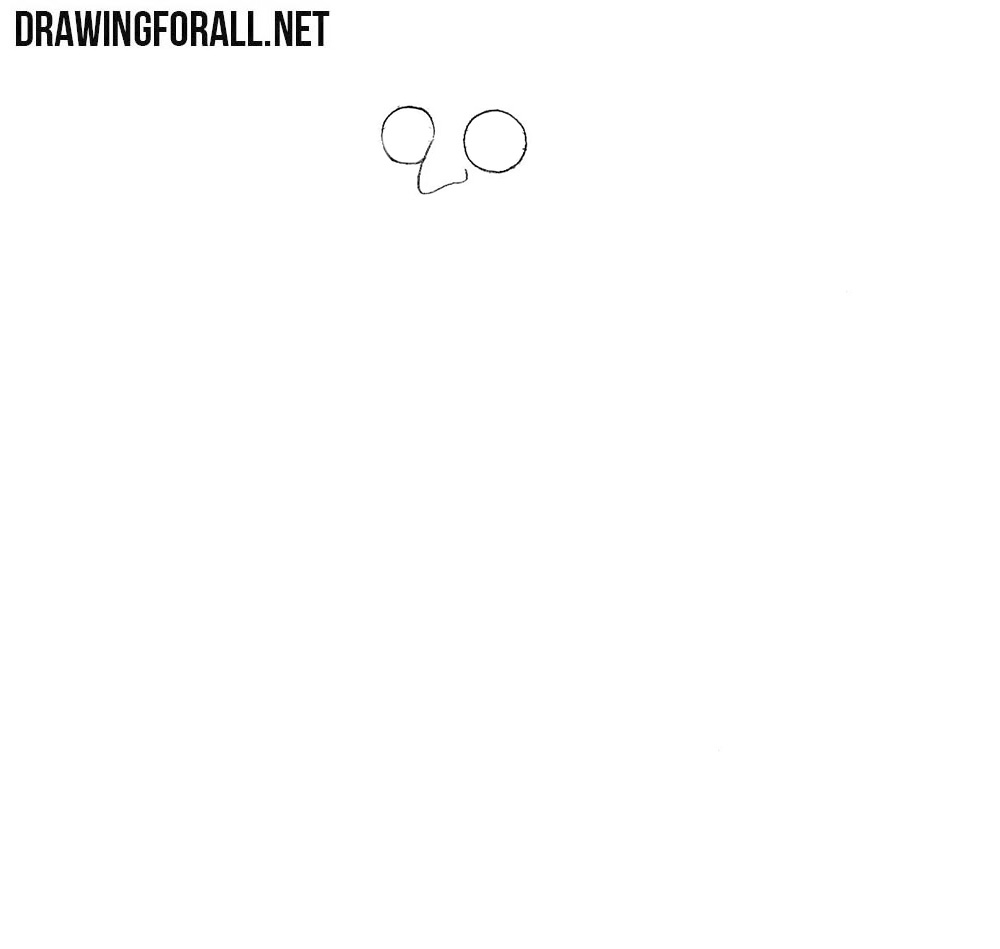 A very simple step in which we draw eyelids and pupils in the form of simple dots. 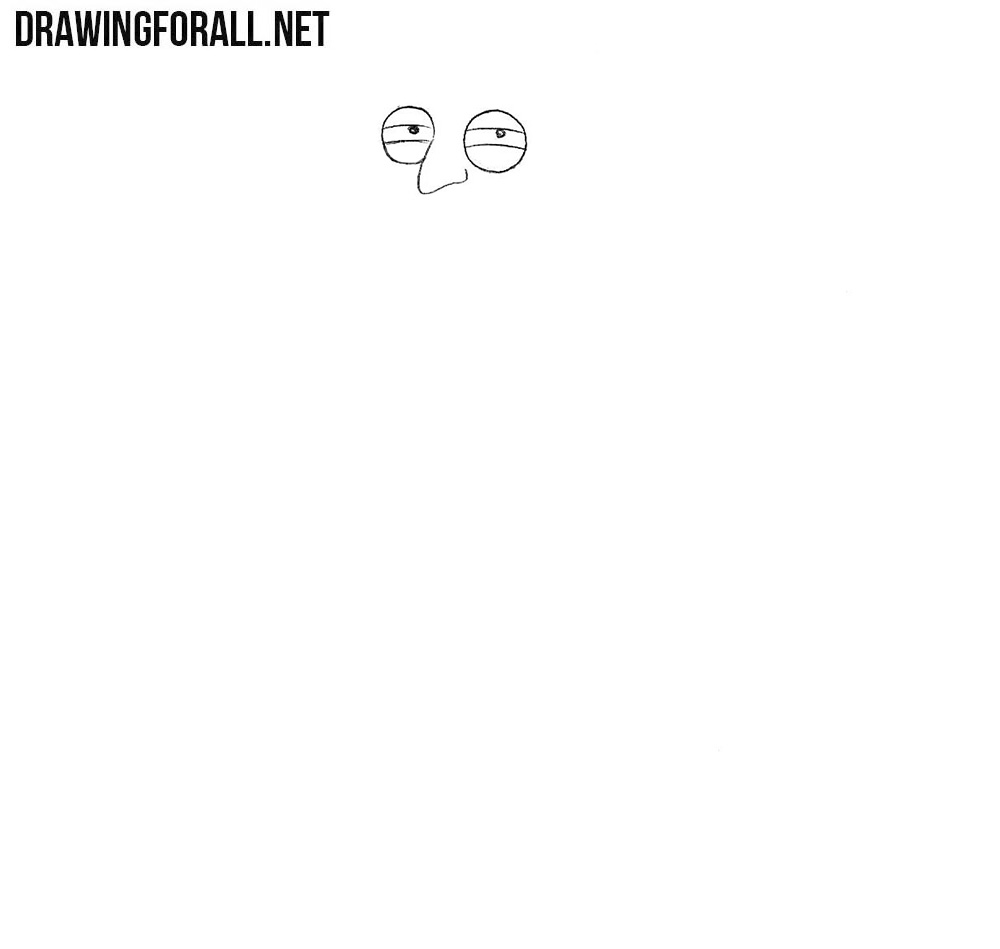 Using a curved line draw the cheek and and the mouth curved in a smile. Do not forget to draw a mustache lines. 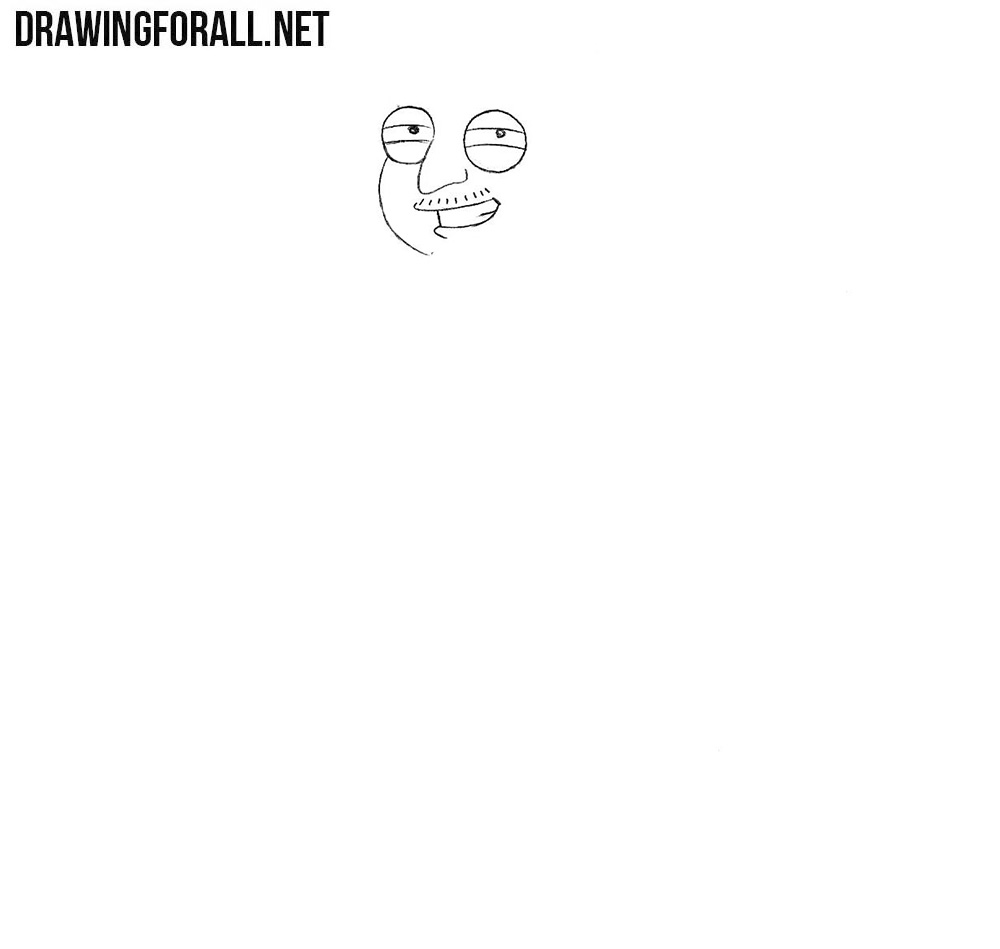 We rise a little higher and draw out a forehead, a hair and eyebrows with the help of curved lines. 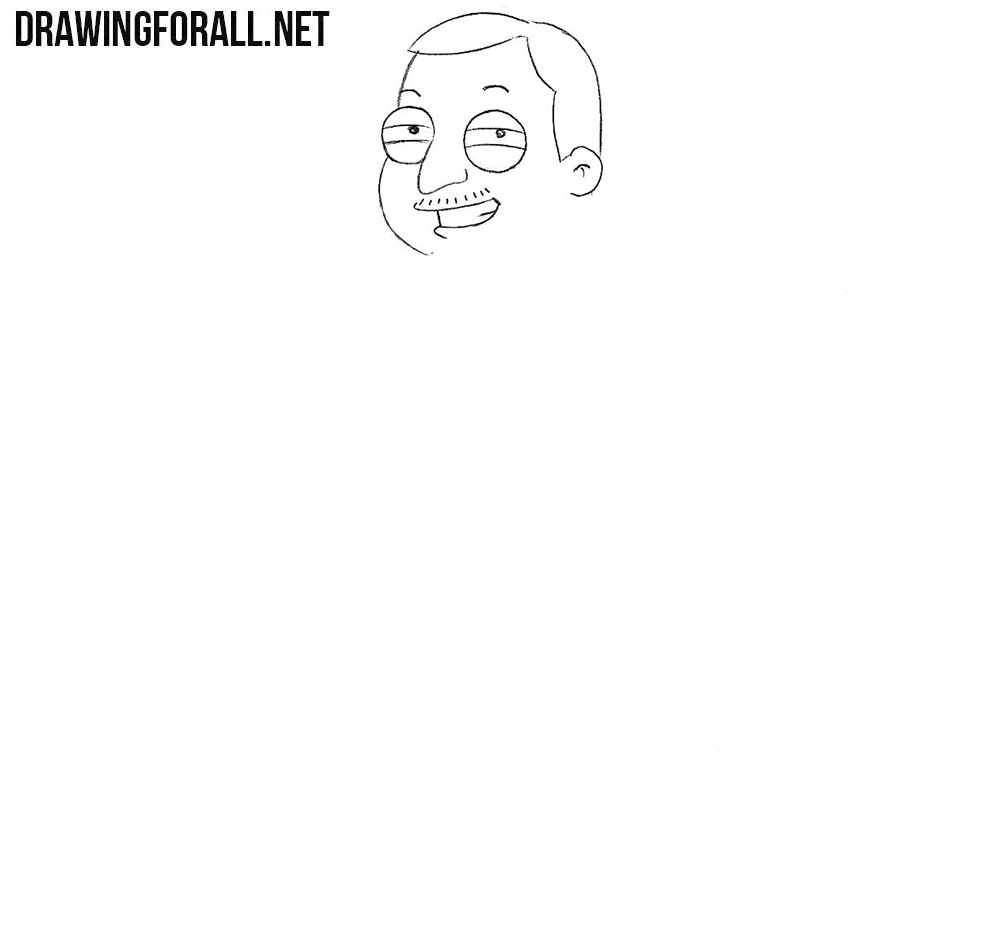 A very simple step in which we draw a small goat beard and neck. 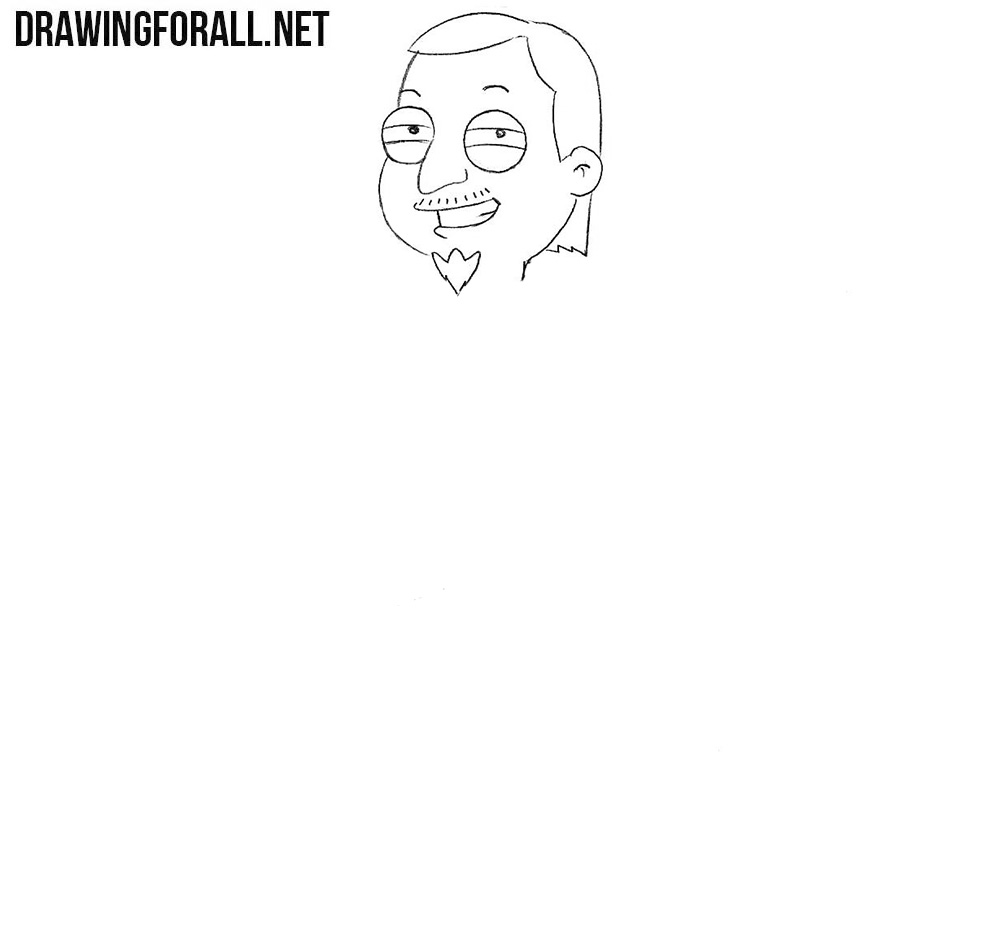 Move slightly below and draw a collar, outlines of shoulders and short sleeves. 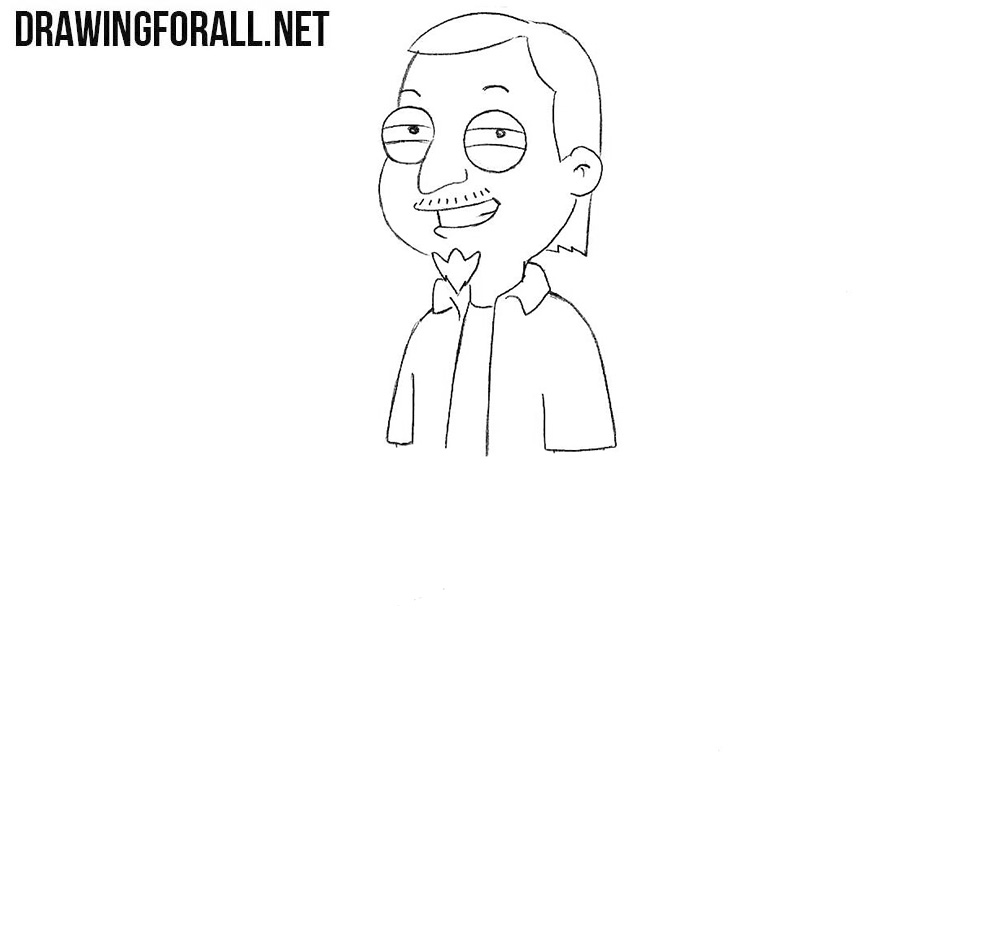 Now draw out the arms and the bottom line of Jeff Fischer’s shirt. 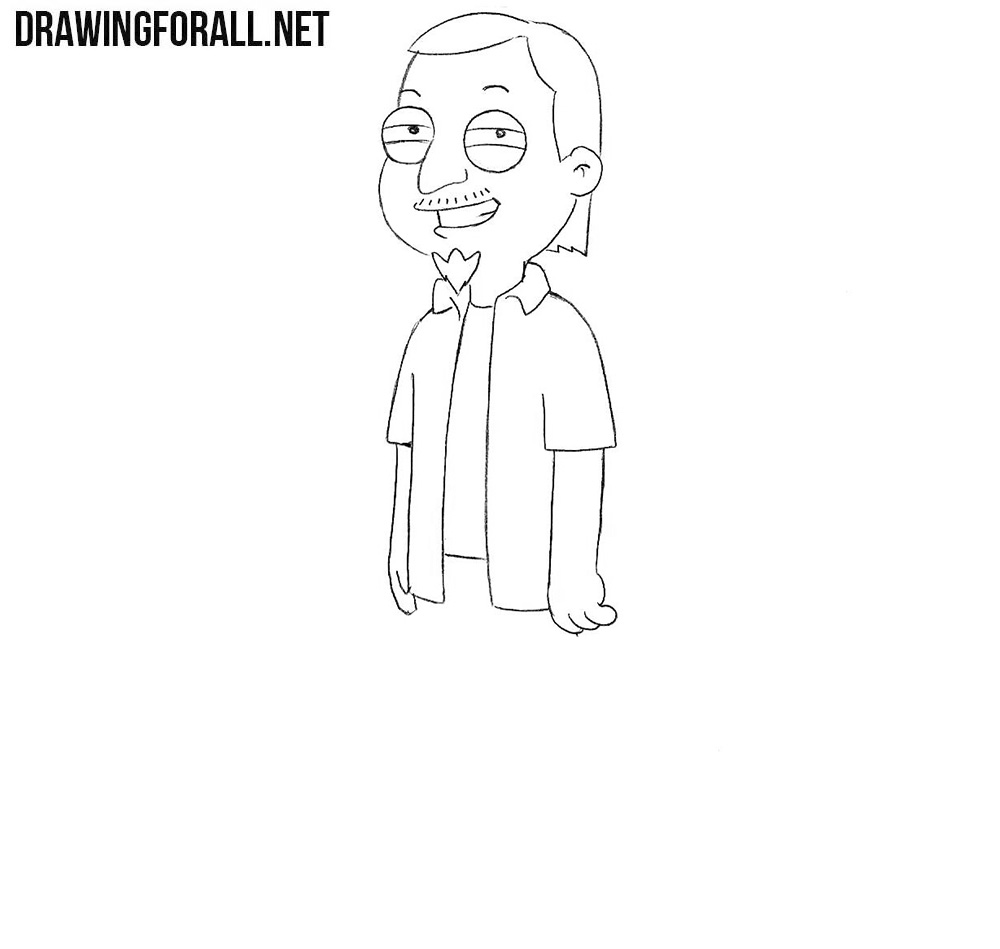 Using long and slightly curved lines draw out pants and move to the last step. 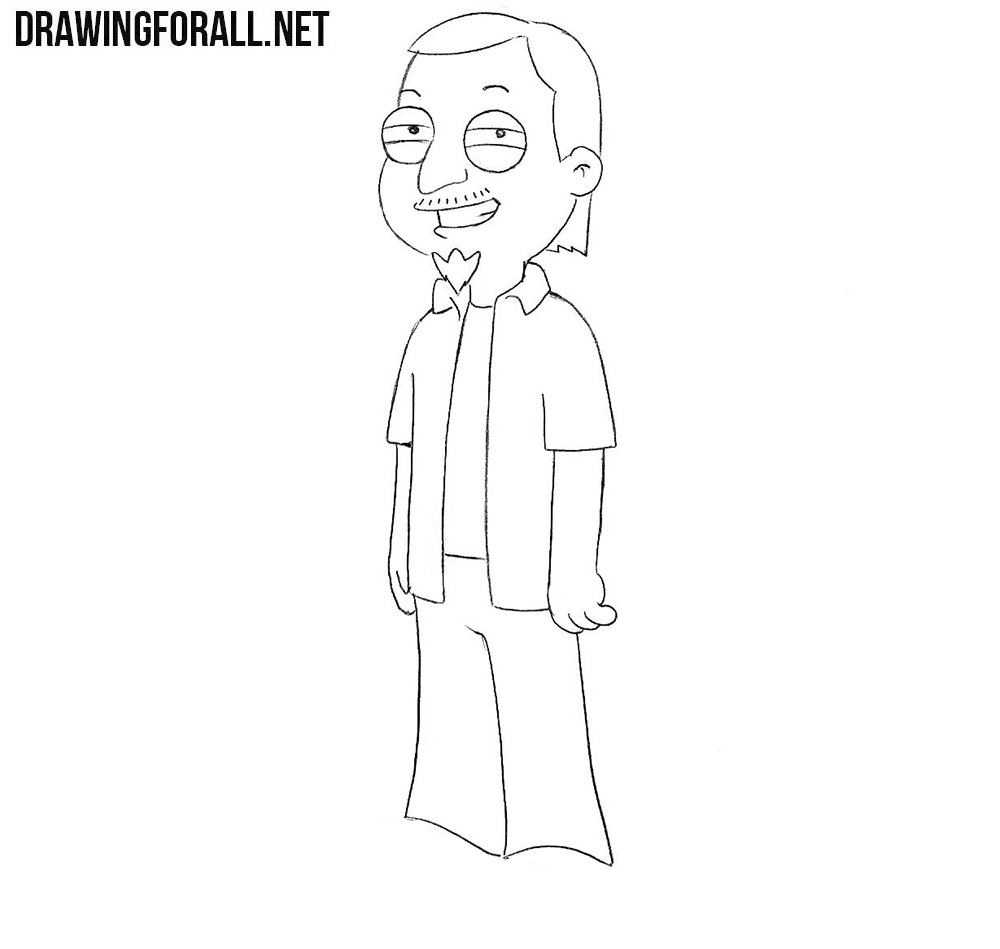 And in the last step we need to draw out sneakers and lines on the sneakers as in the example below.

In this lesson, as we said earlier, we drew a rather minor character. And in the future we want to draw all the important characters from the American Dad and other popular animated series. Who would you like to see on the pages of DrawingForAll? Let us know about this in the comments to this article.