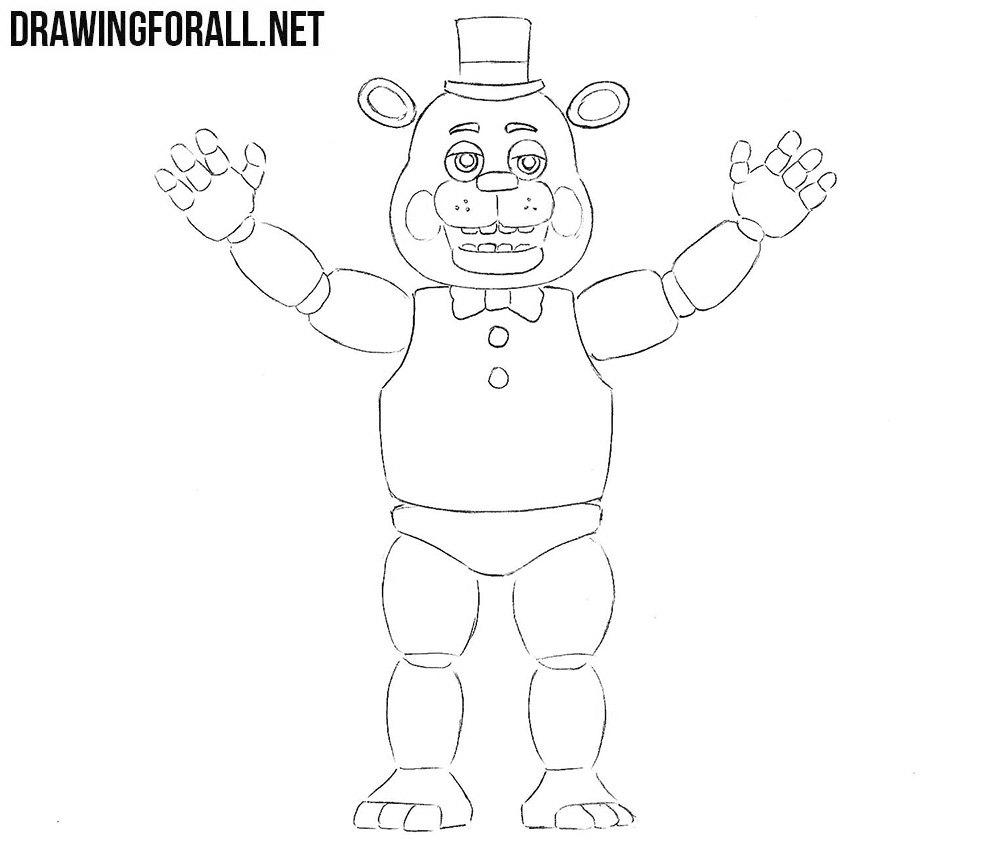 Hello everybody. The game Five Nights at Freddy’s conquered the whole world, and especially Youtube. And in today’s drawing lesson we want to show you how to draw Freddy Fazbear – the main character of the game.

So, first of all we sketch out a head in the form of a figure similar to a pear. Next, draw the torso as in our example. 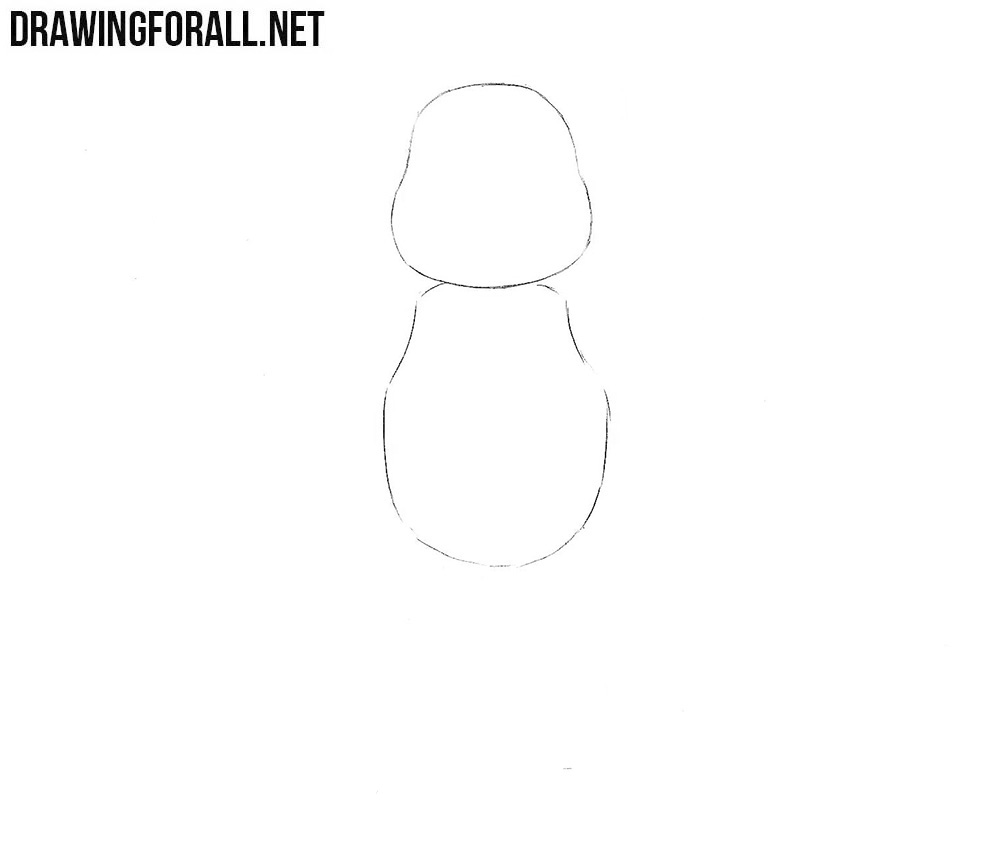 A very simple step in which we will need to outline arms and legs using simple ovals. 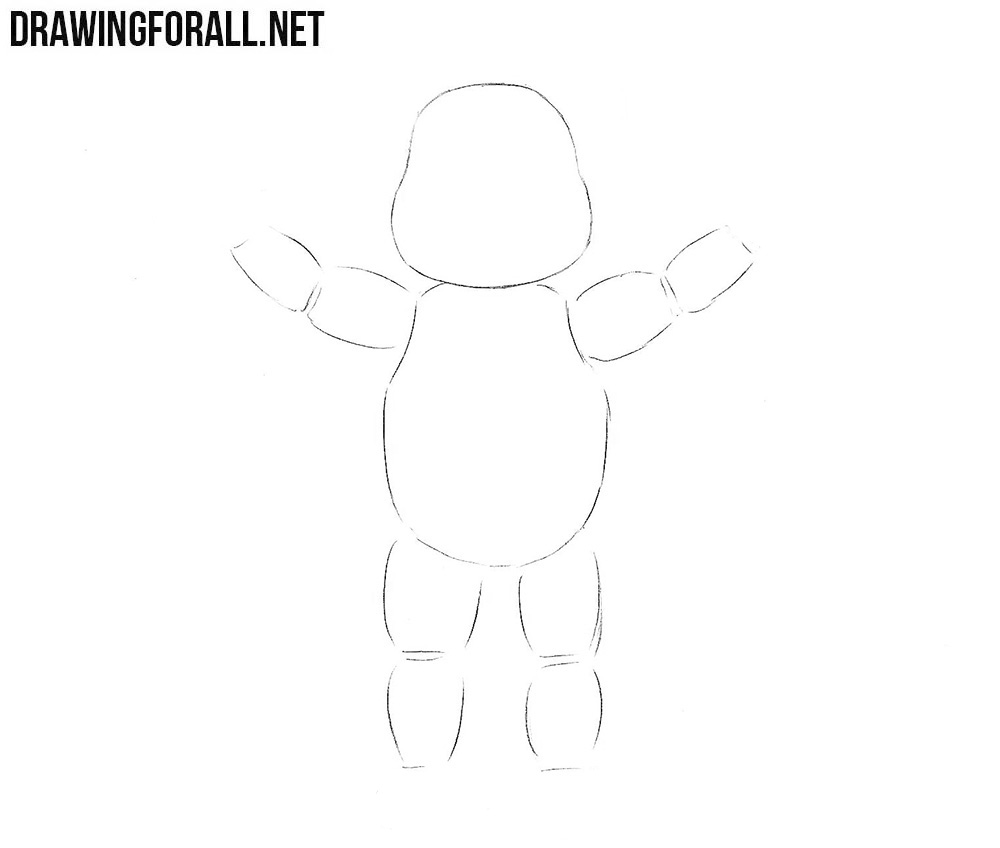 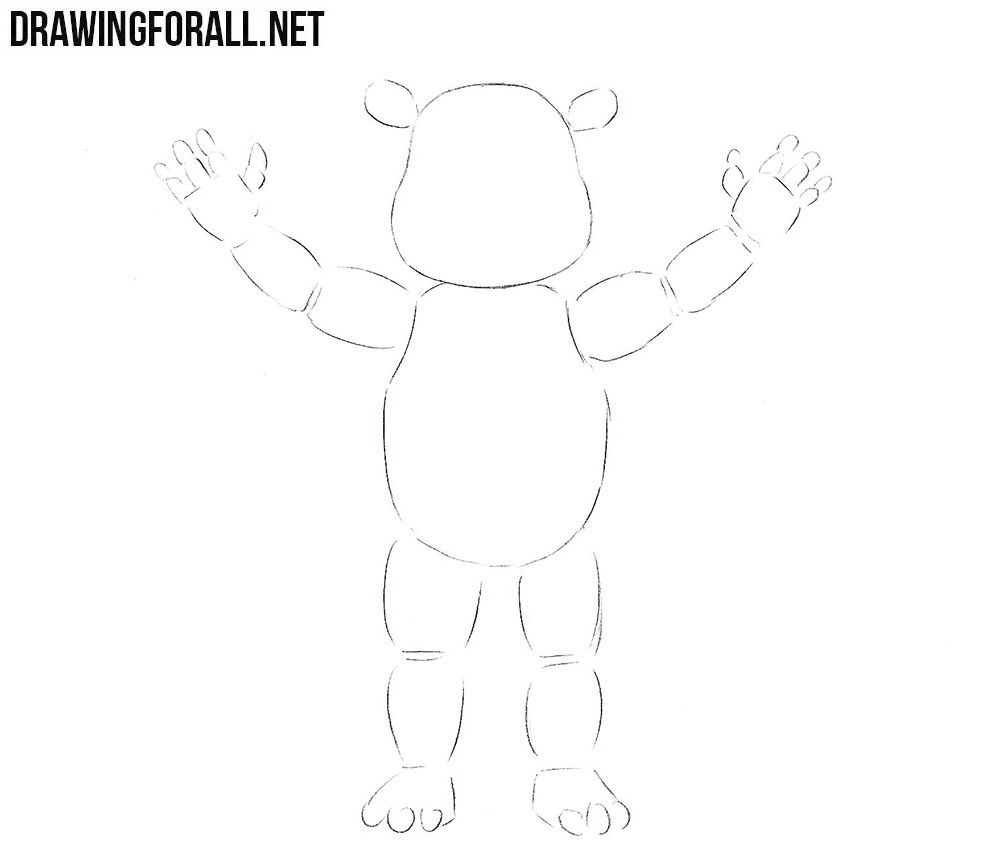 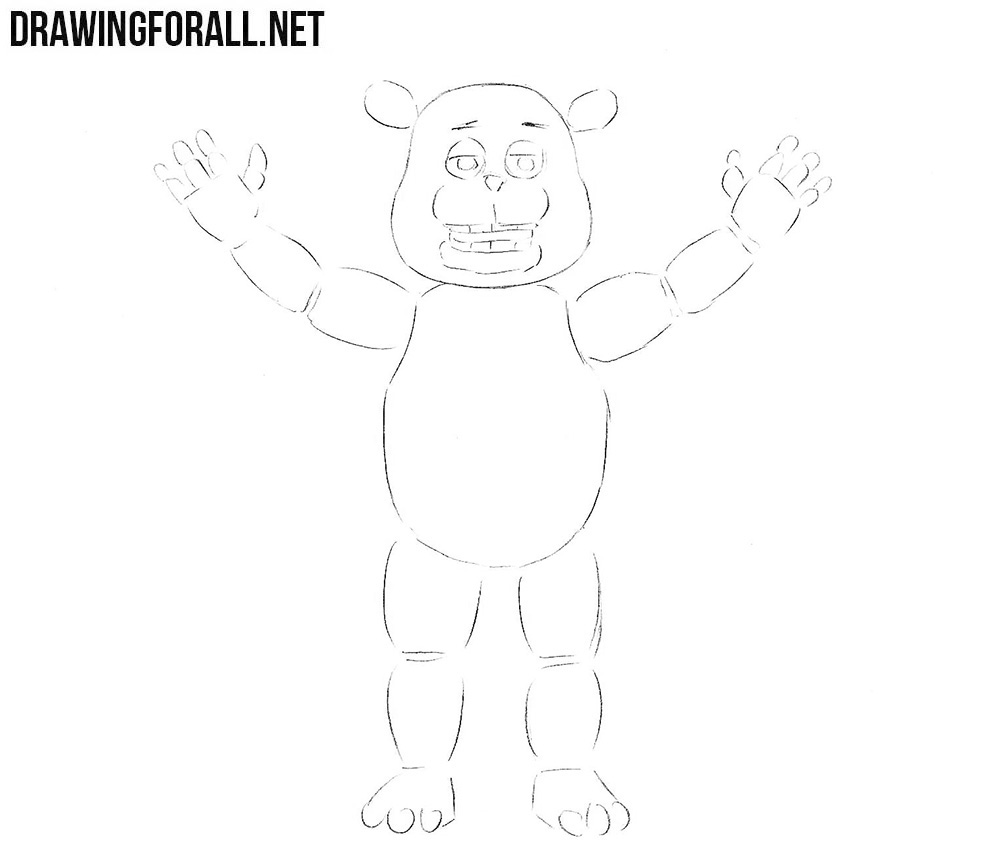 Continue to add details. Sketch out a hat, a bow-tie and two buttons. We have the main outlines of the drawing and it remains to make the drawing clear and dark. 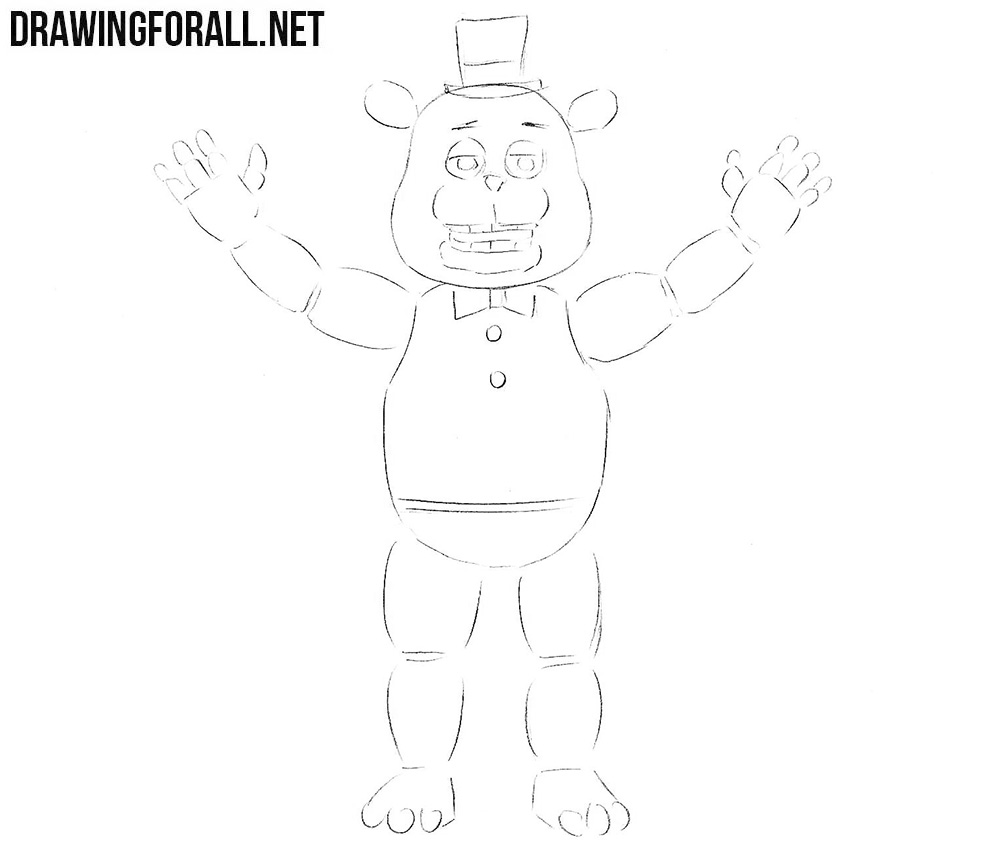 Using clear and dark lines draw out the details of the head. As you can see, here we just circle the lines from the first steps, removing unnecessary guidelines. 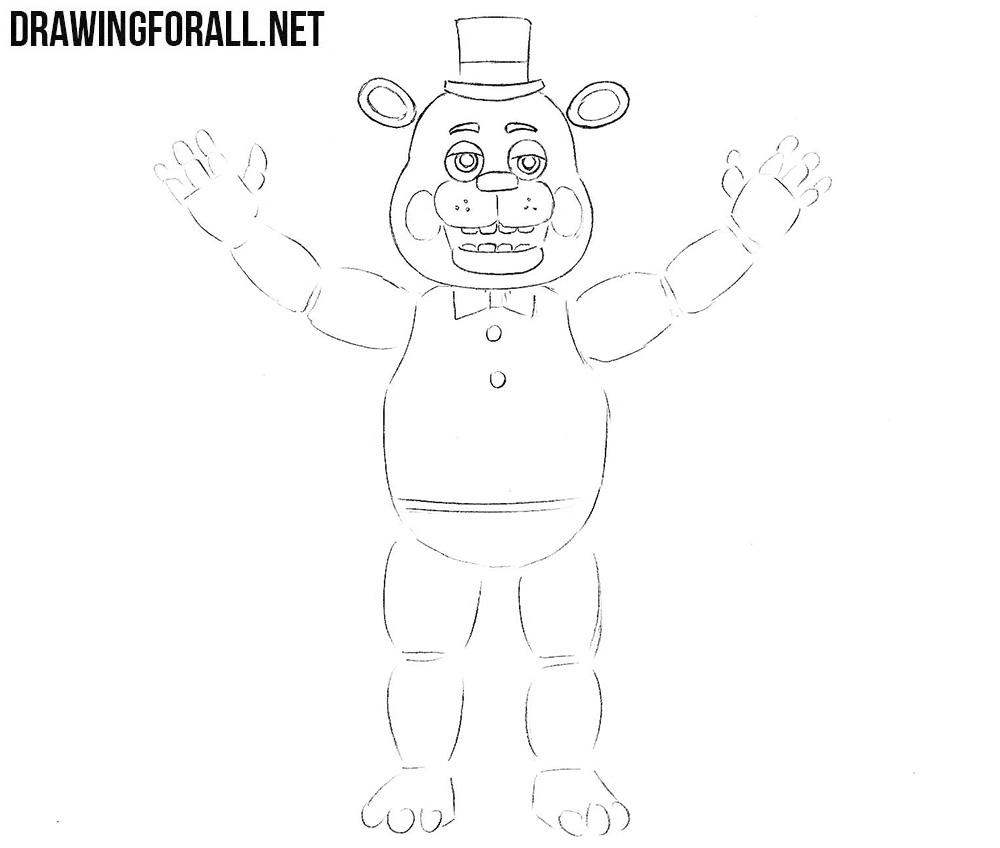 Now also using clear and dark lines draw out the body of Freddy Fazbear. As we said above – the lines should be dark and clear.

o, it was a lesson on how to draw Freddy Fazbear from the Five Nights at Freddy’s. Freddy Fazbear and Slenderman are the characters of urban legends. If you want to draw characters from classic legends and myths of antiquity, then visit the category “Myths and Legends” on our site. We hope that you will subscribe to us on social networks and share this drawing lesson with your friends.