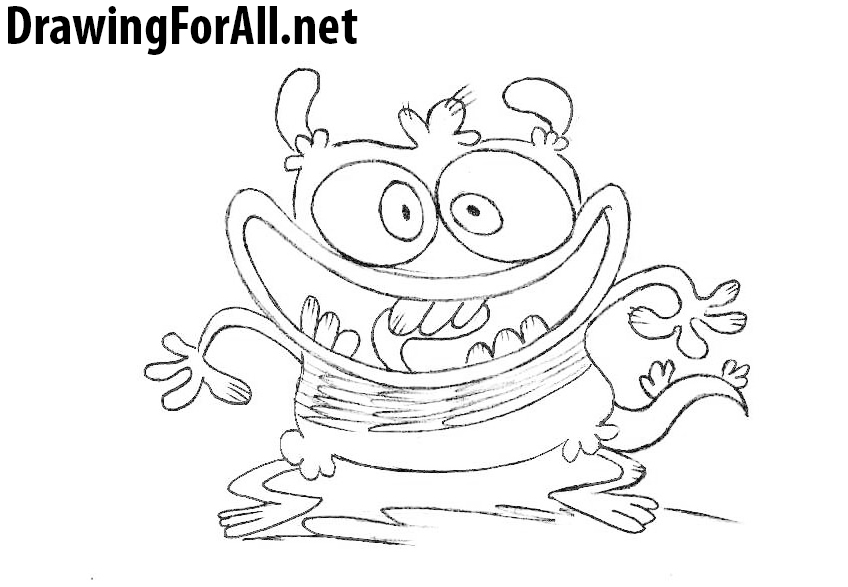 We start with the upper part of the head. Bunsen is a pretty strange creature, so the shape of his head is also very unusual. 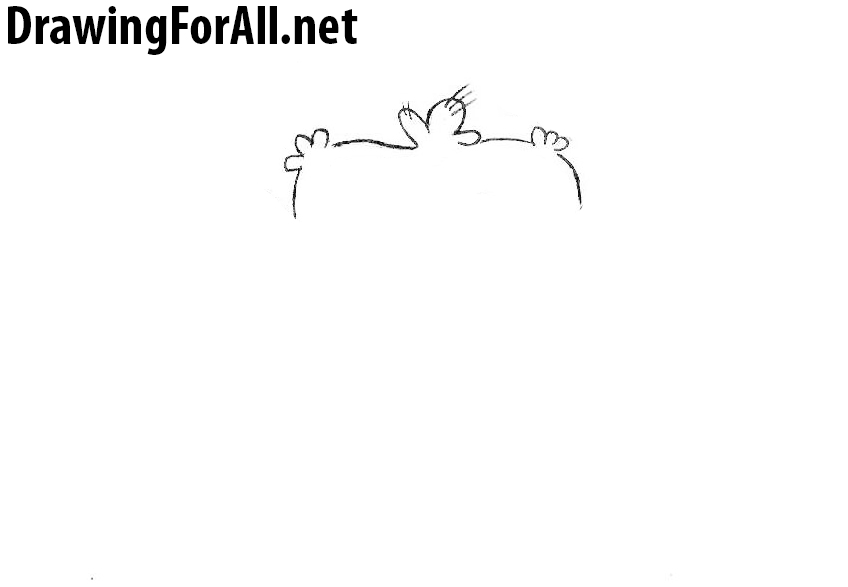 Here we draw the ears at the top of the head and eyes in the shape of ovals. Once you have drawn the eyes, draw the pupils. 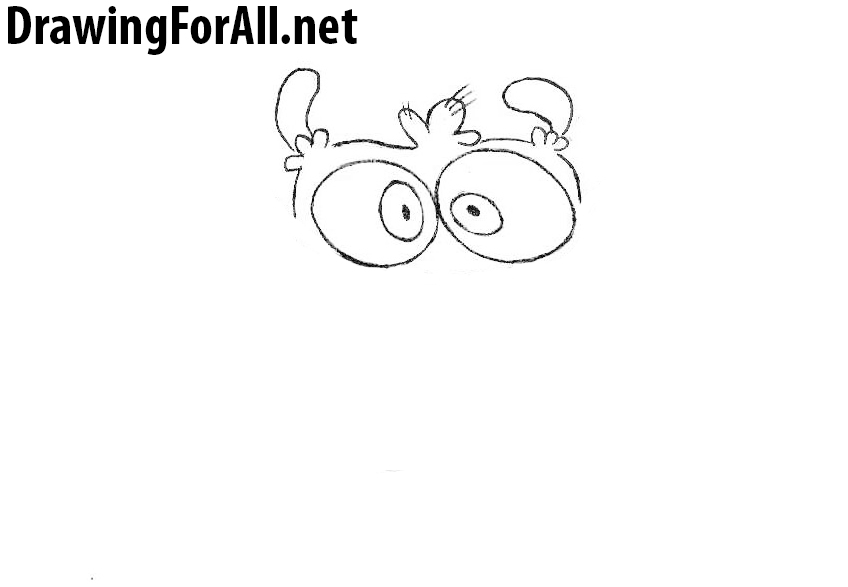 Draw the mouth of Beast. Note, that it should be wider than the head. 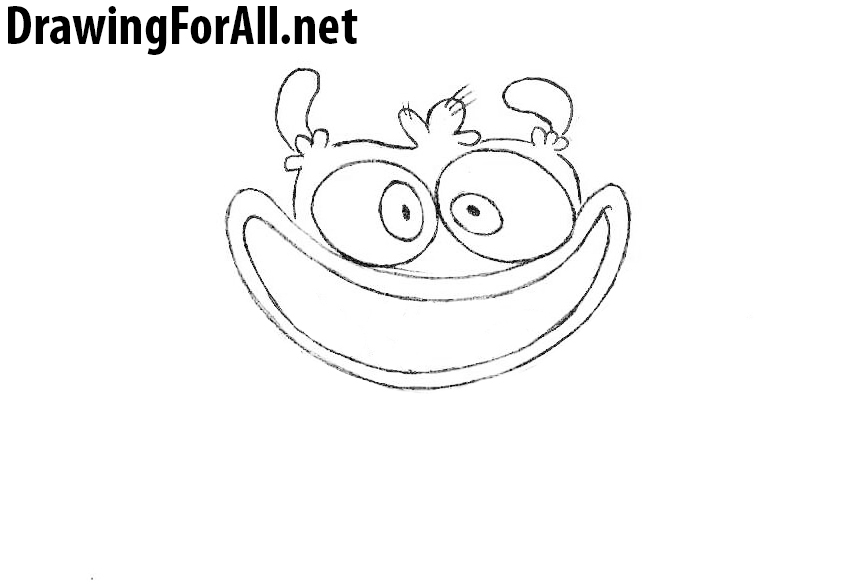 In this step we draw misaligned teeth of Bunsen. Behind the teeth we draw the tongue, that similar to a worm. 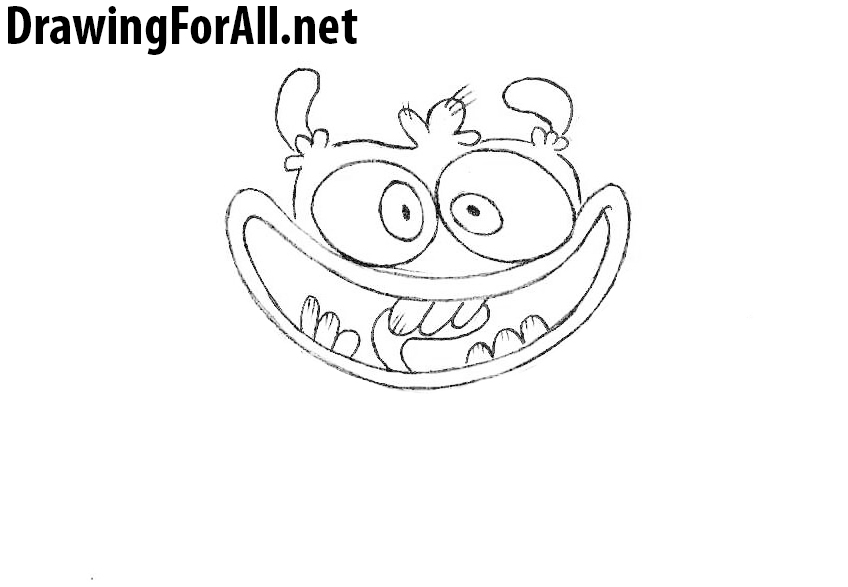 In this step we draw the body. Note, that the body of Bunsen is smaller than his head. 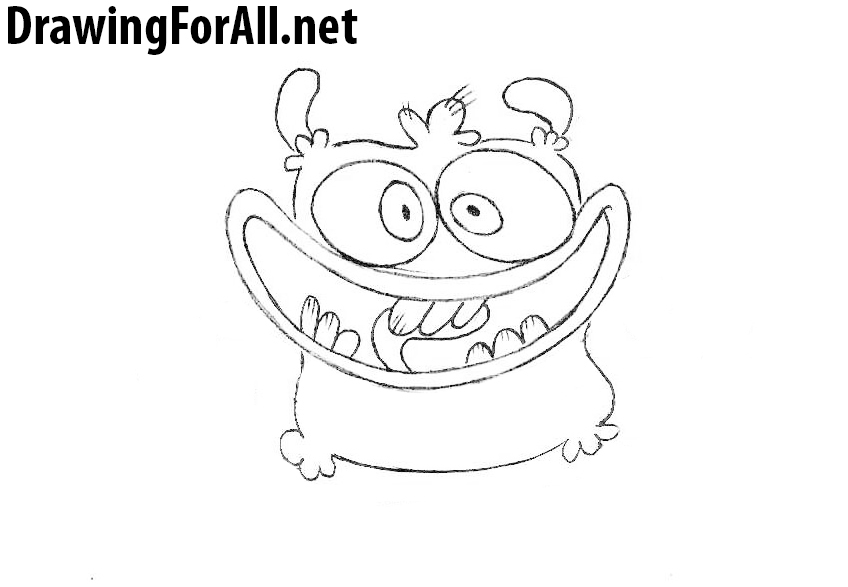 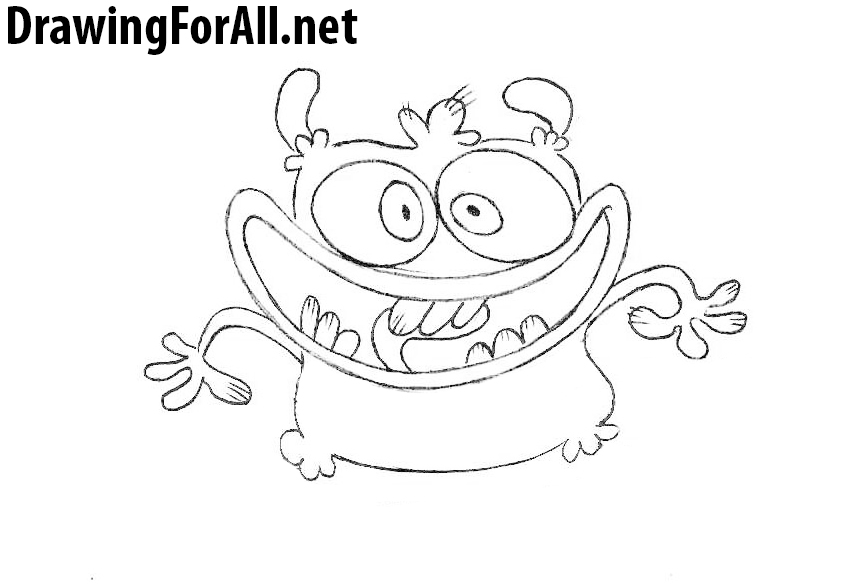 In the same way draw the legs of Bunsen. Once you drew the legs draw the tail. 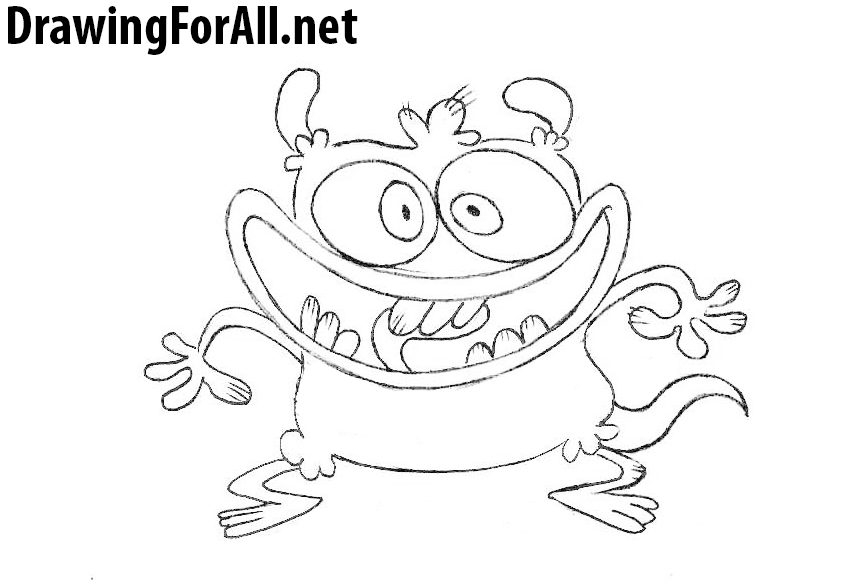 Draw the patterns on the torso of the beast. Sketch out the shadow beneath the legs. At the tail draw the crests as in our example.

The character that we drew in this lesson was pretty odd. We hope you like such strange characters and strange tutorials. If you like, visit our lessons about fairy tail character and Grinch. By the way, did you know that we have accounts on Google Plus, Pinterest, FaceBook and Deviantart? If not, then go ahead and subscribe to us in these social networks.