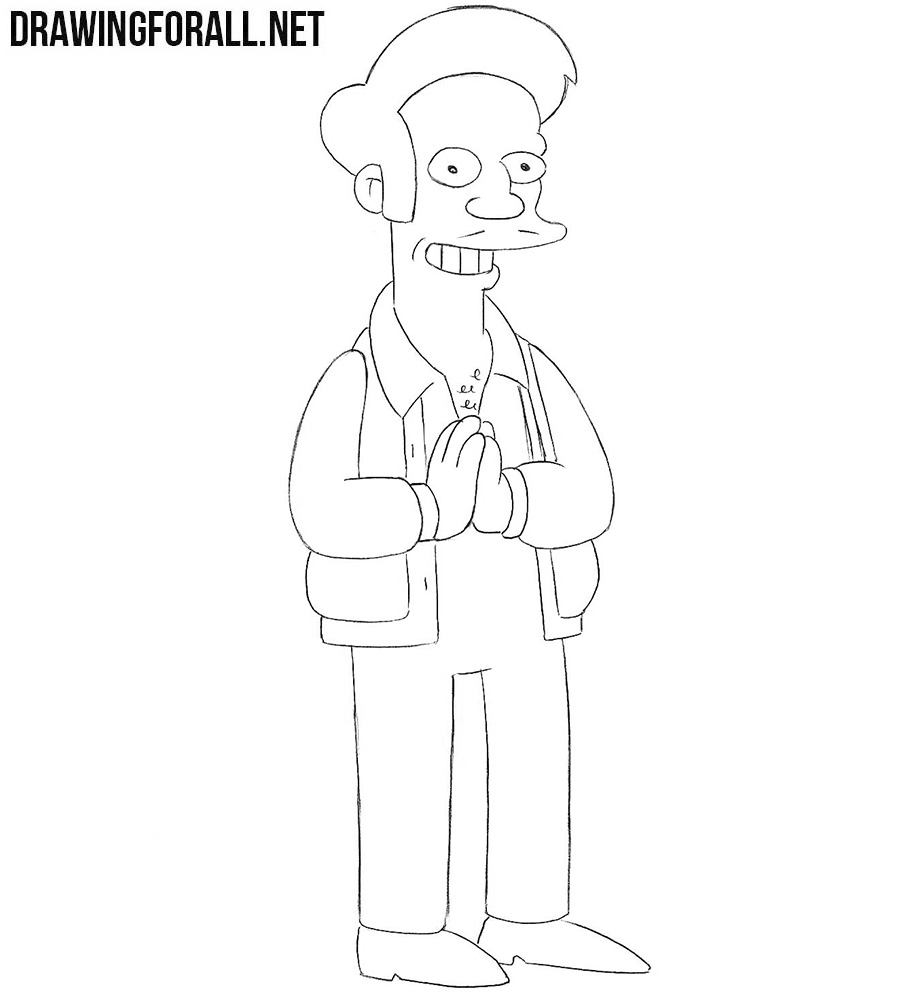 Let’s start with simple geometric shapes. First of all sketch out the head and belly in the form of circles. Then connect them as in our example. 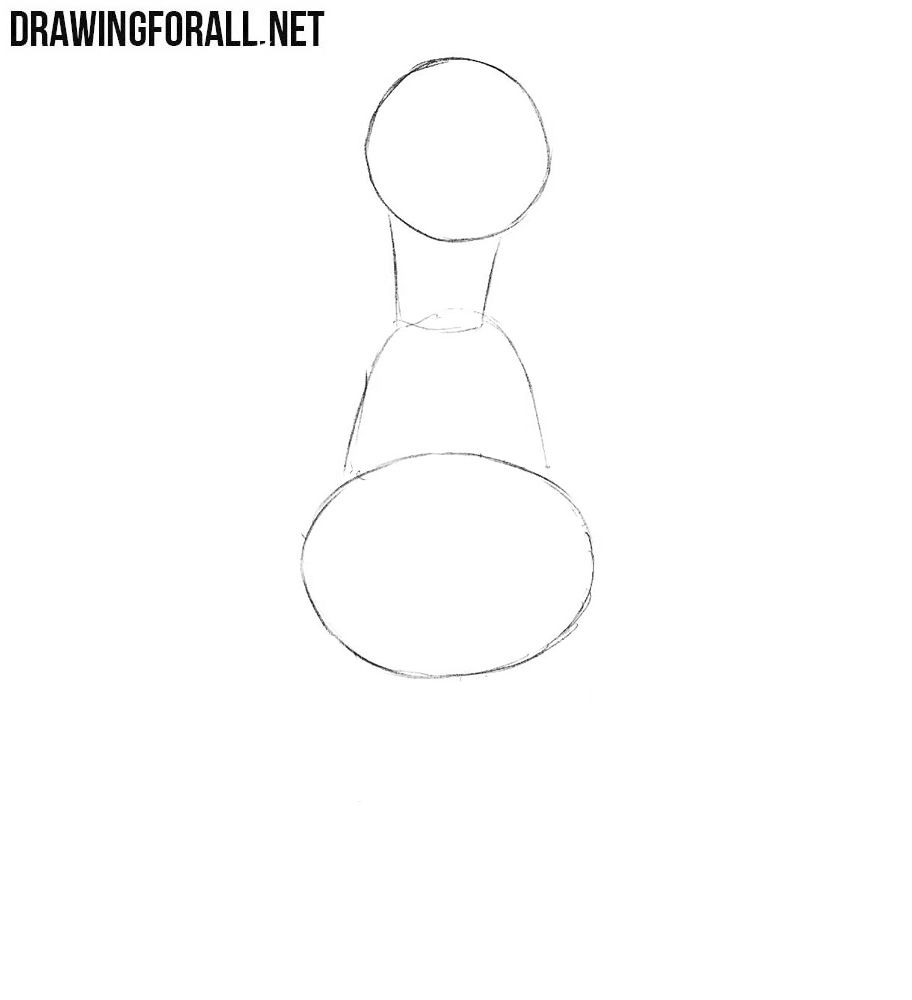 Now, with the help of very light lines, we sketch out the arms and legs. 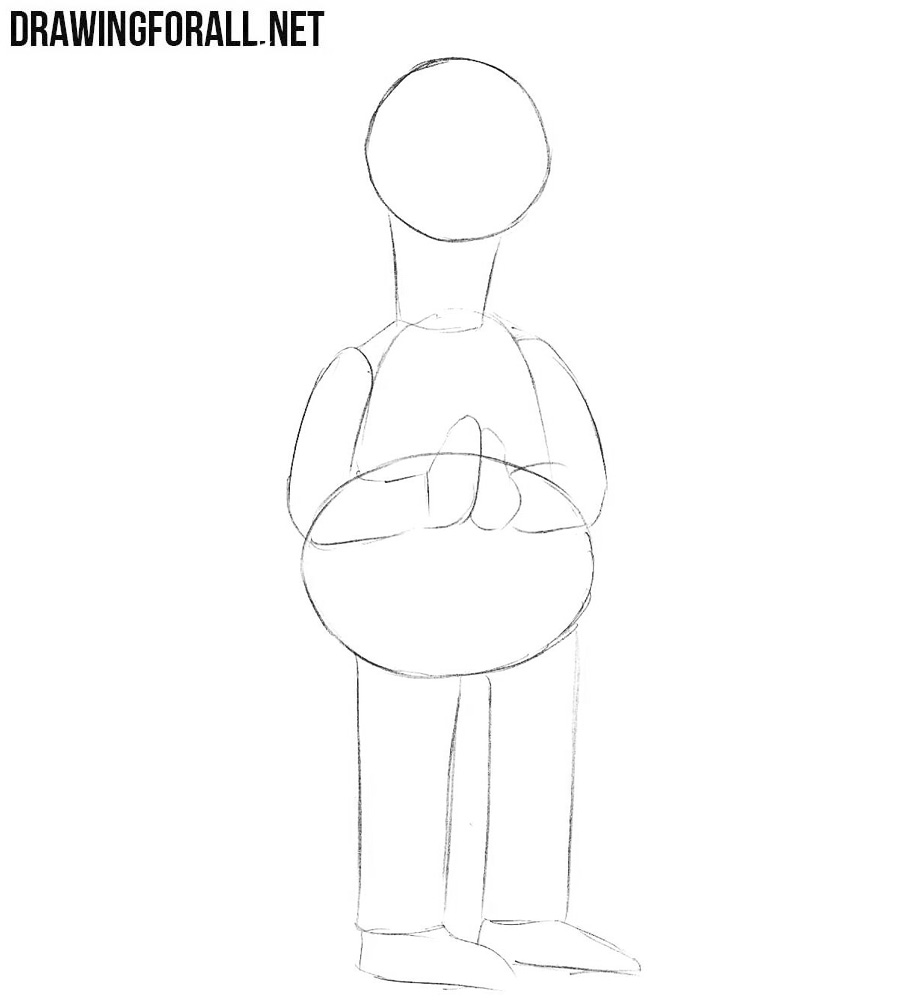 Starting with this step, we will work with the details. Draw oval eyes, pupils inside them and nose. 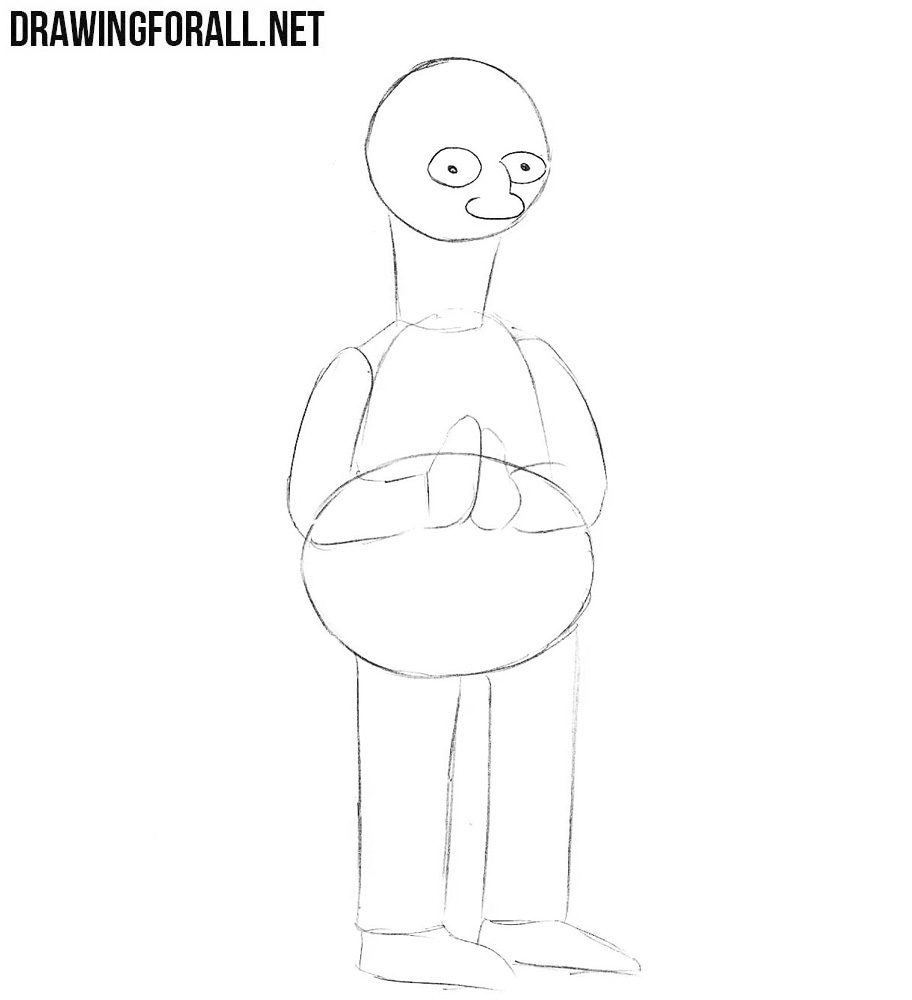 Now draw out the outlines of the face, a smiling mouth with lines of teeth. Also do not forget to draw a thin mustache. 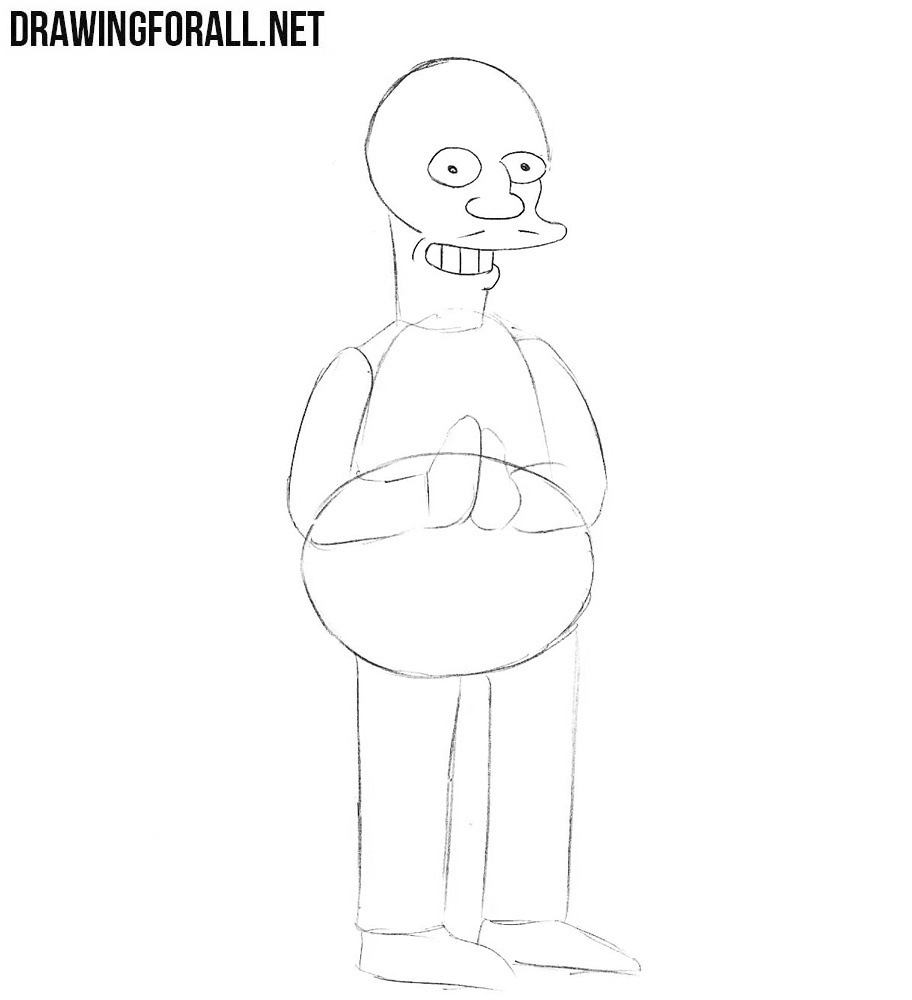 Now accurately draw out the outlines of the forehead and the high hairstyle of Apu. 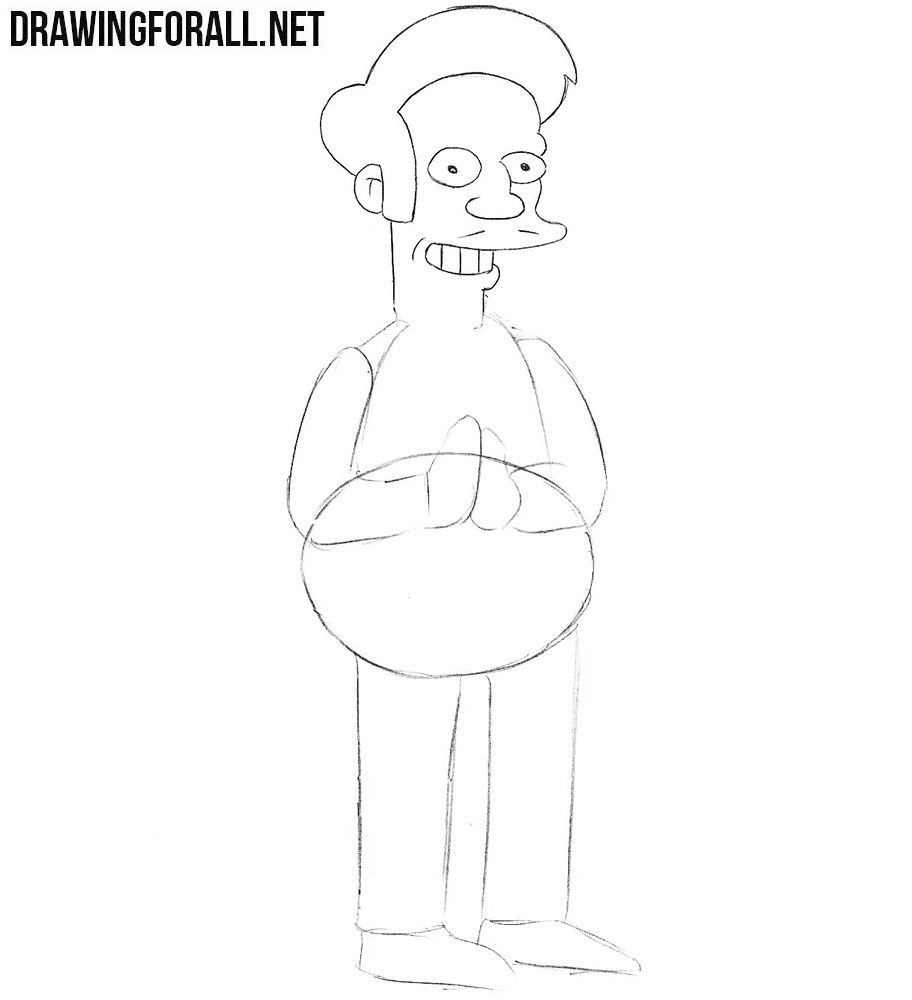 Now carefully draw out the outlines of the collar. With the help of short curved lines draw the hair on the chest. 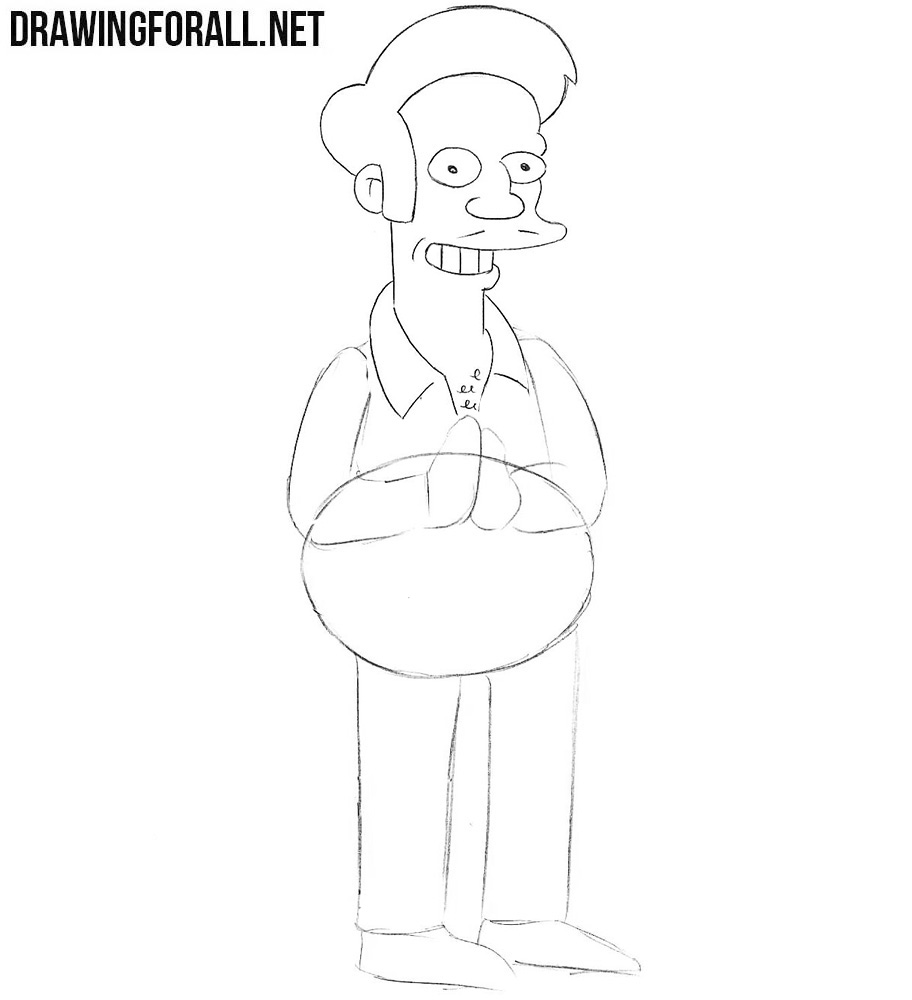 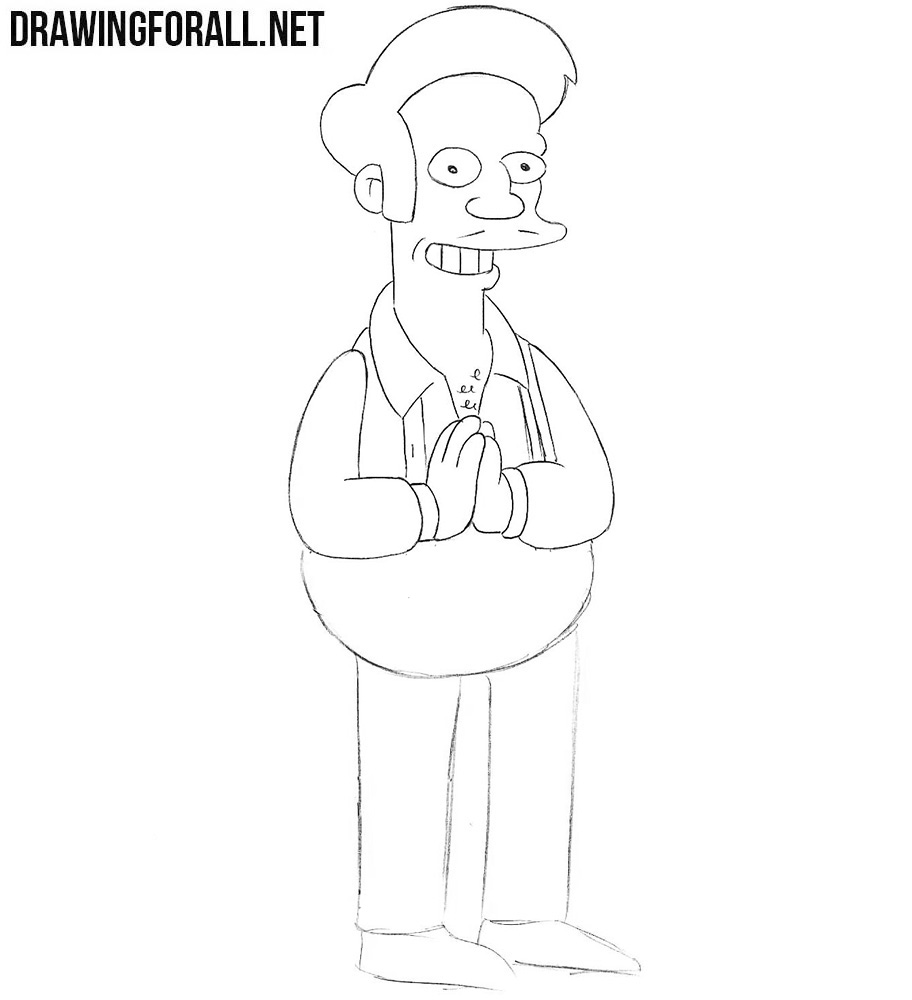 We continue to draw the upper part of the clothing neatly drawing the underside of the cardigan. 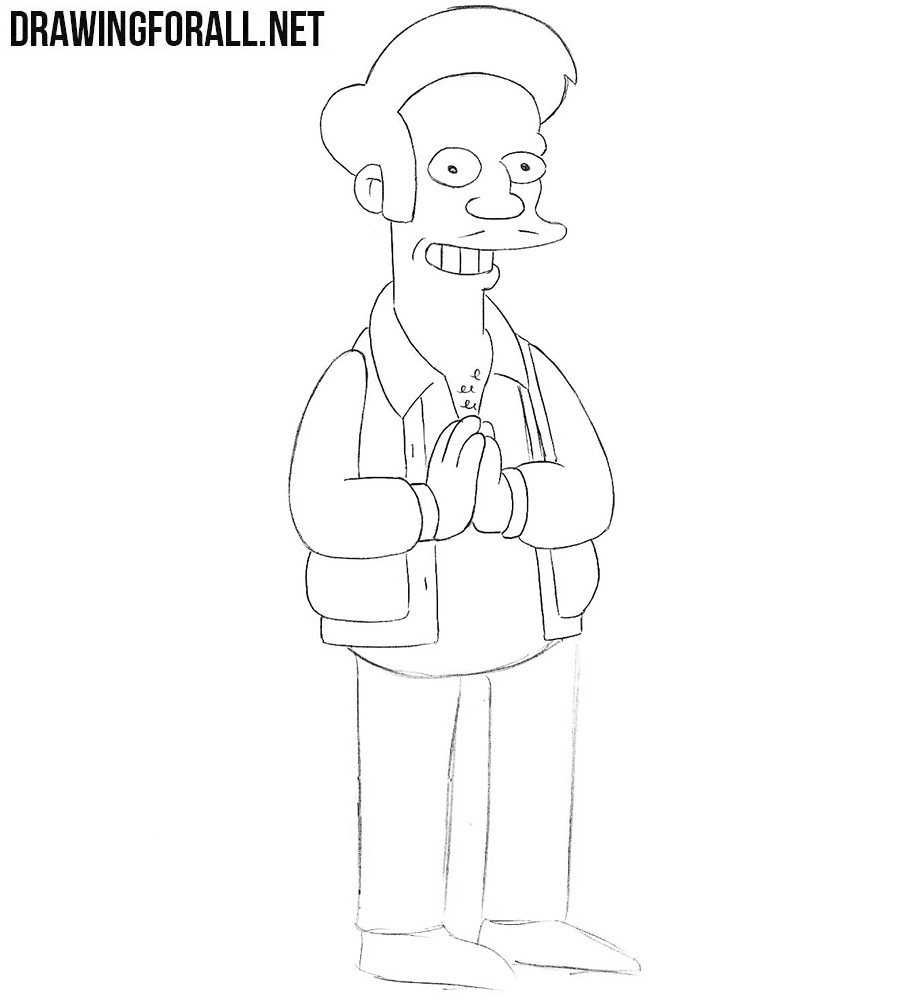 With the help of several simple lines carefully draw out the outlines of pants and shoes.

Today we showed you how to draw Apu – one of the most recognizable characters from the animated television series The Simpsons. In order to improve your skills in drawing and become a real cartoon artist, try to draw this character from different angles and in different poses. And in order to learn how to draw all the other characters from The Simpsons and other serials, visit the “Cartoons” on DrawingForAll.