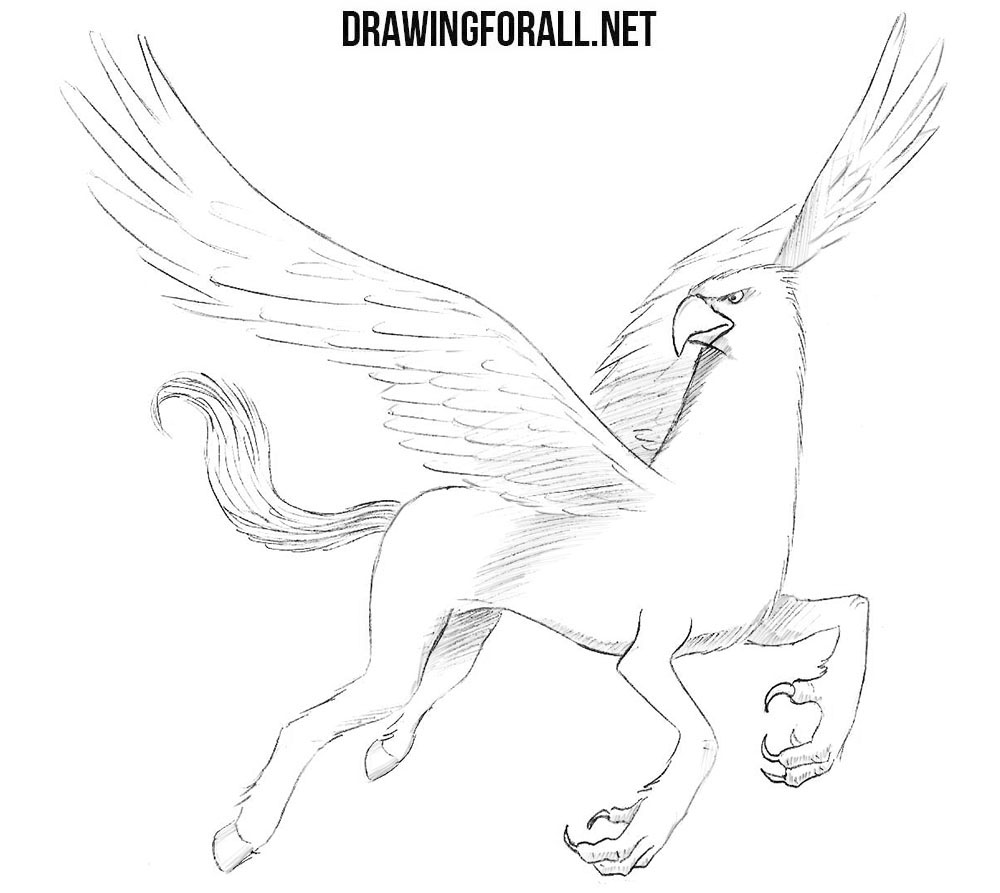 In this lesson we want to show you how to draw a hippogriff – a magical creature: a horse-griffin (while the griffin itself is a cross between a lion and an eagle). This interesting and unusual creature that appeared in the legends of the Middle Ages became especially popular after it appeared in a series of books about Harry Potter. 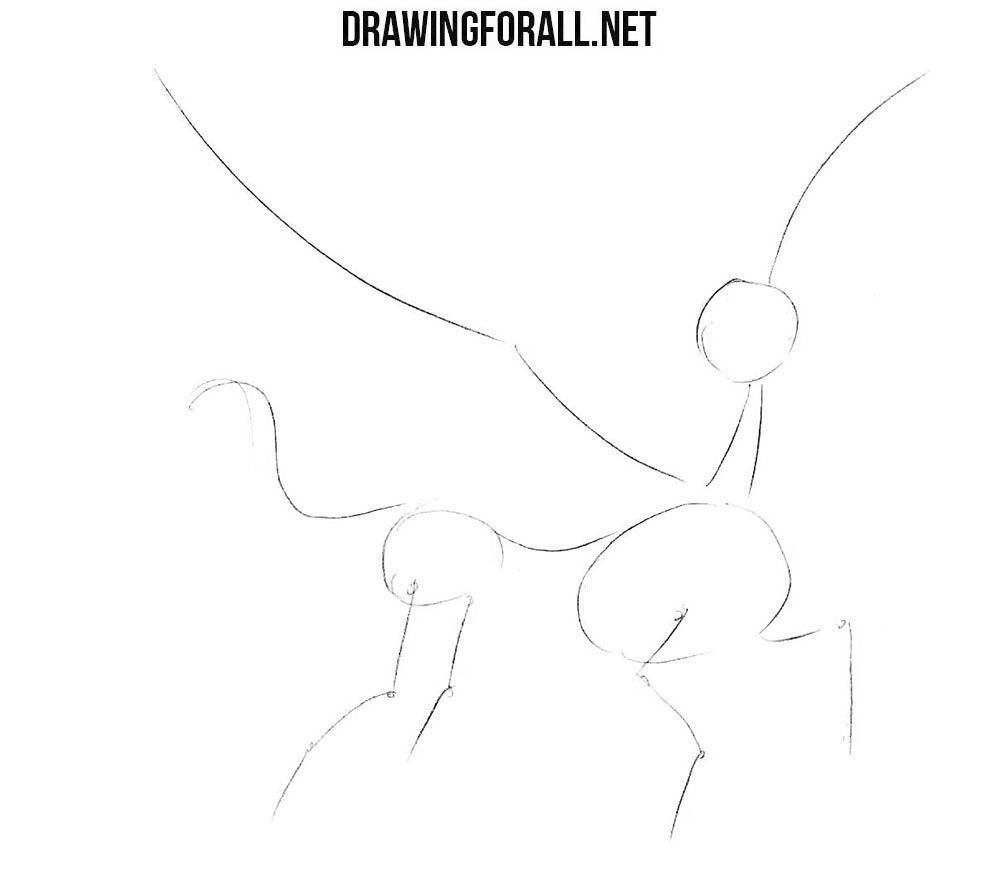 In the second step, by tradition, we will deal with the volume. First of all, draw the neck and torso of the hippogriff. Next, add some volume to the limbs and wings as in our example. Do not forget that the fore and hind legs are quite different from each other. 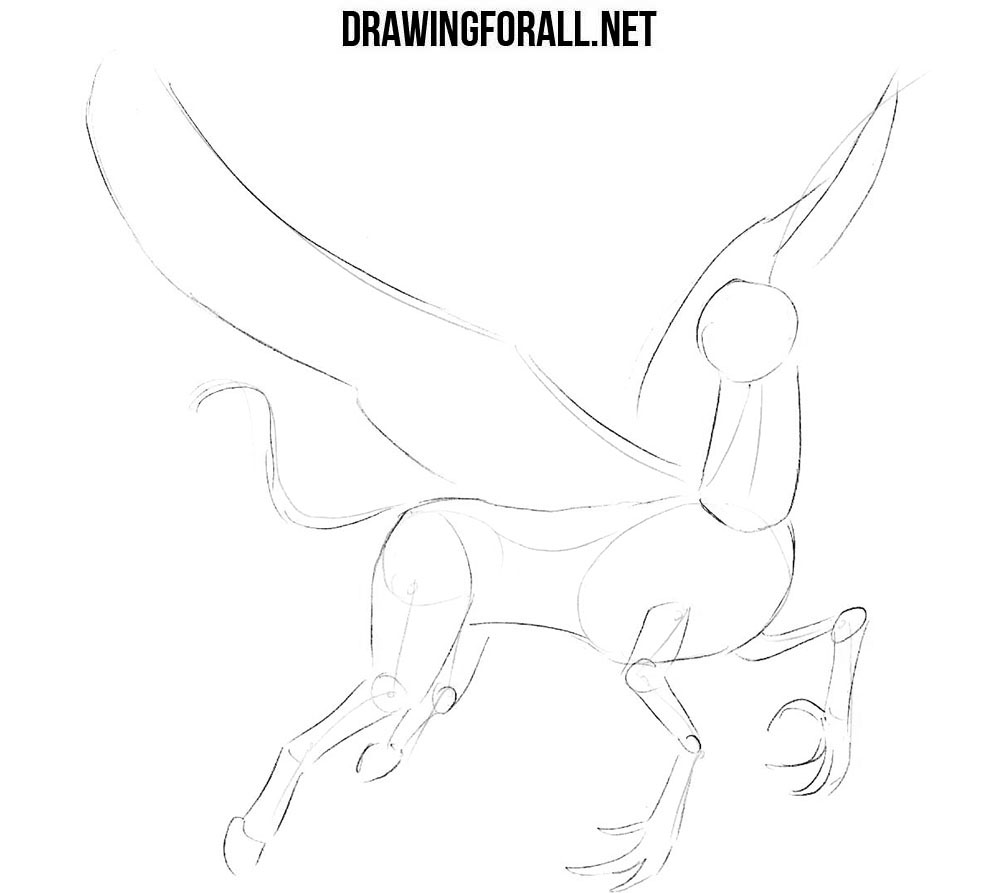 Starting with this step, we will use clear and dark lines to work with the final details. As parts are drawn, we will erase unnecessary guidelines from the first two steps. Thus we draw a sharp beak and eye of the hippogriff. 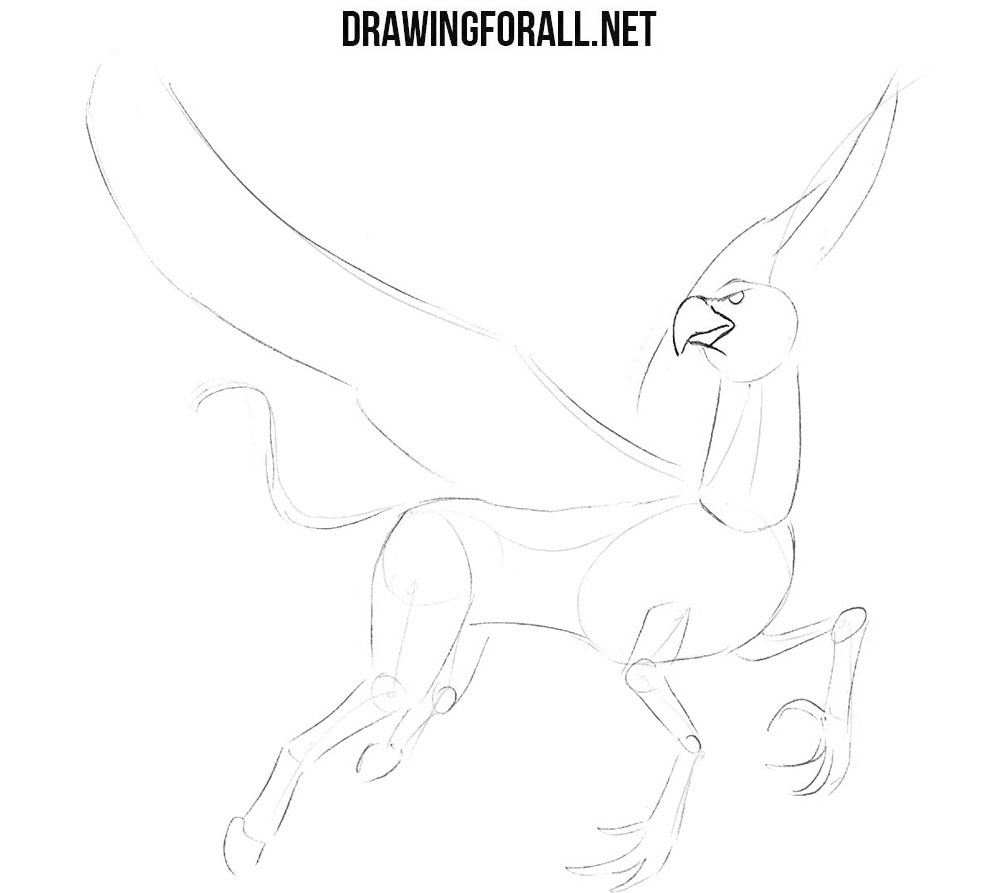 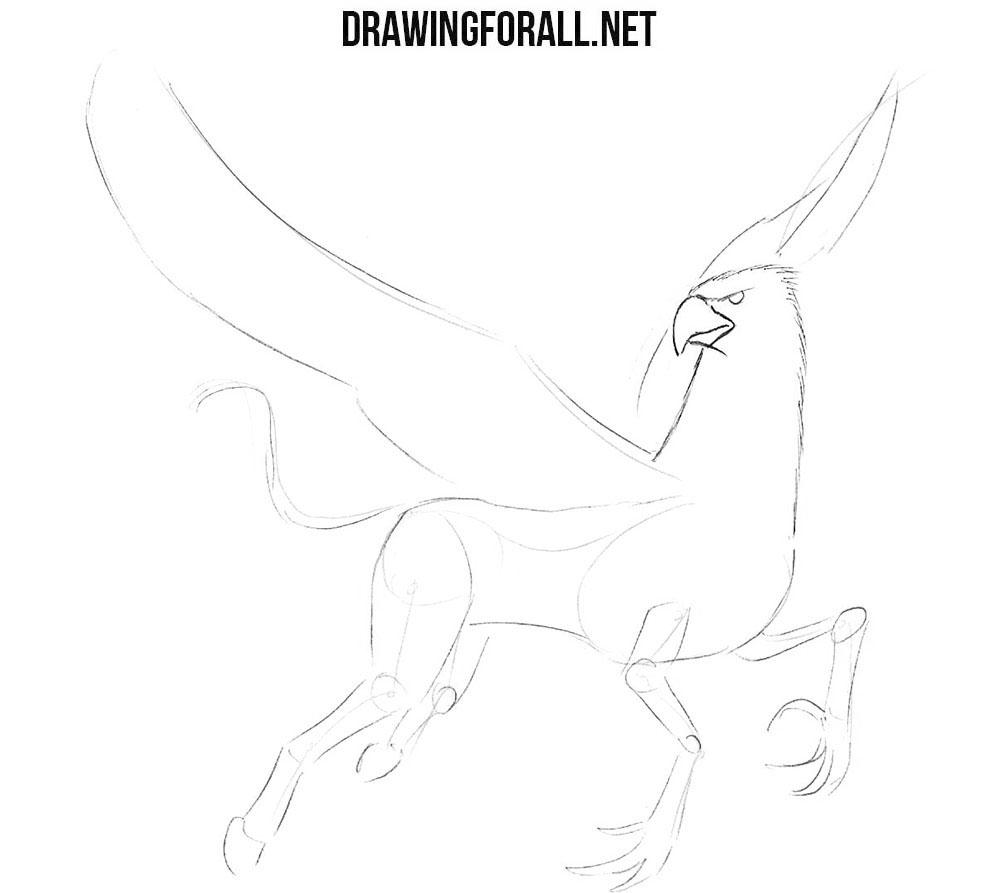 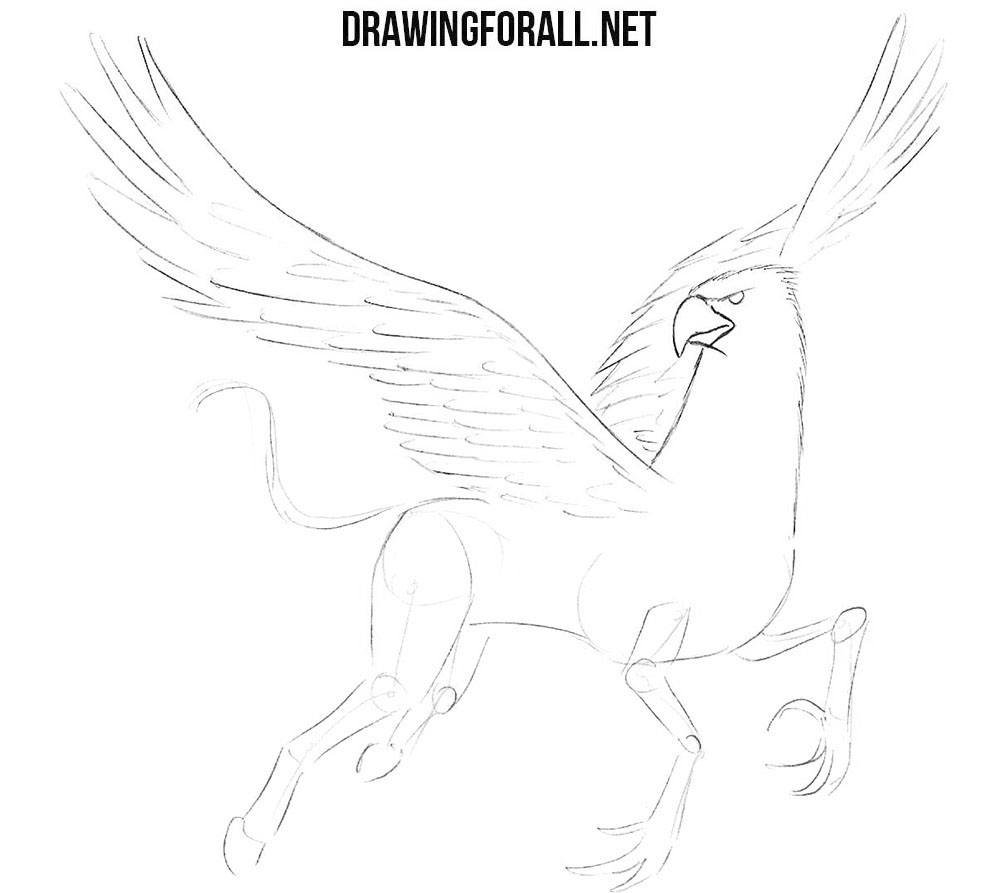 Now let’s draw the forelimbs. Recall that they are similar to the paws of the eagle, so they will be drawn appropriately. Draw the outline of the paws with long fingers and sharp, curved claws. 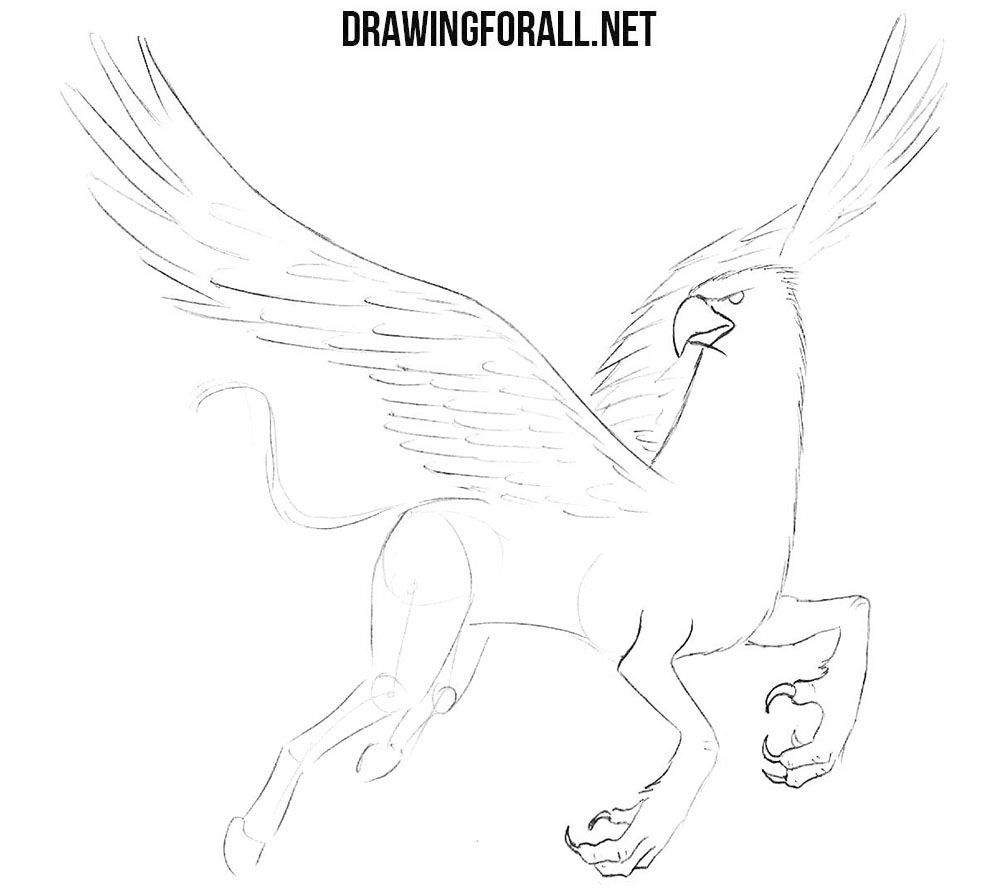 Now we will deal with the back of the hippogriff. It, unlike the front part, looks like the back of a horse. Therefore, draw out the shape of the torso, hind legs with hoofs. With the help of numerous long and slightly curved lines draw out the tail. By the way, erase all the remaining unnecessary lines and strokes. 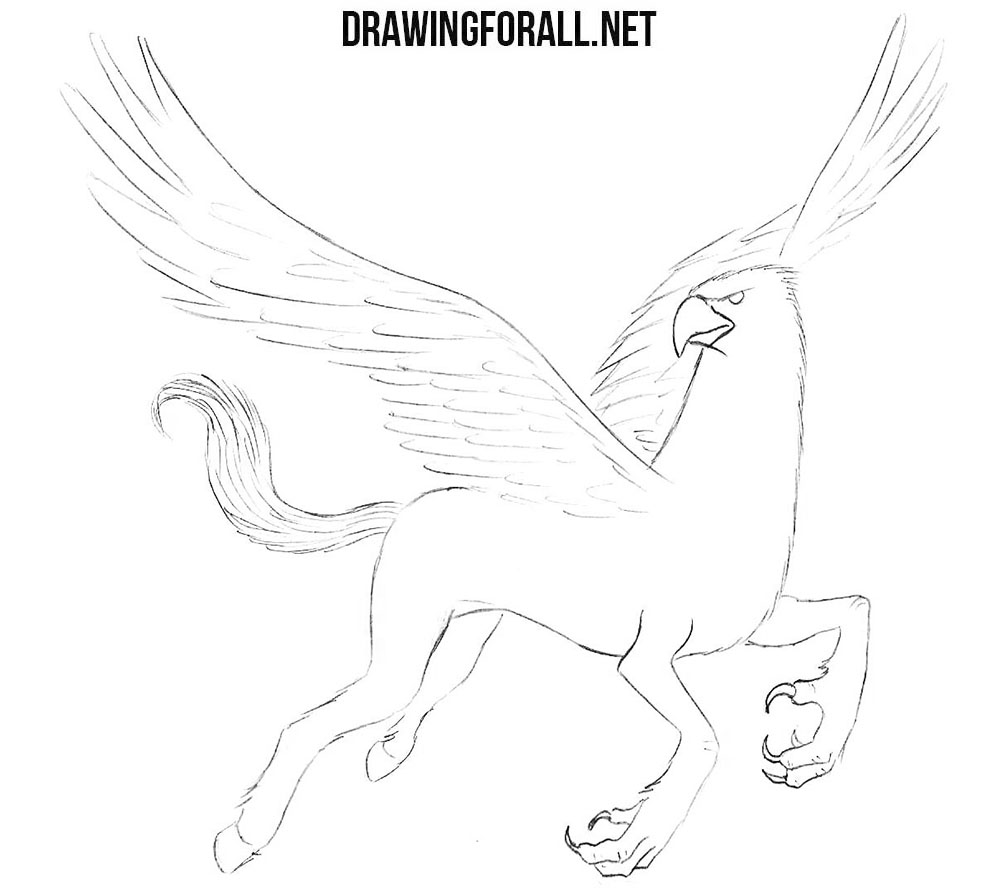 We got to the last step of the lesson about how to draw a hippogriff, in which, by tradition we will draw shadows. They will be drawn using hatching of different density, depending on the intensity of the shadows. That is, for darker shadows we need to use dense hatching, and for light shadows, respectively light hatching.