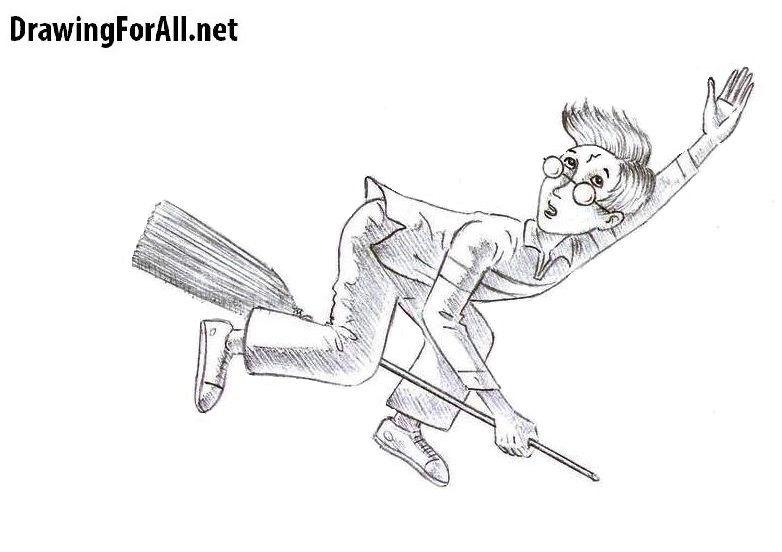 Hi! We made a new drawing tutorial in which we told how to draw Harry Potter in classic variant. As an example we used the illustration of the cover of the very first books about Harry Potter.

Firts let’s look on the pose. Torso line (we marked it red) our hero is almost parallel to the line of brooms. We also marked (blue color) the line of the shoulder girdle. This line together with the line of the trunk forms a very acute angle. 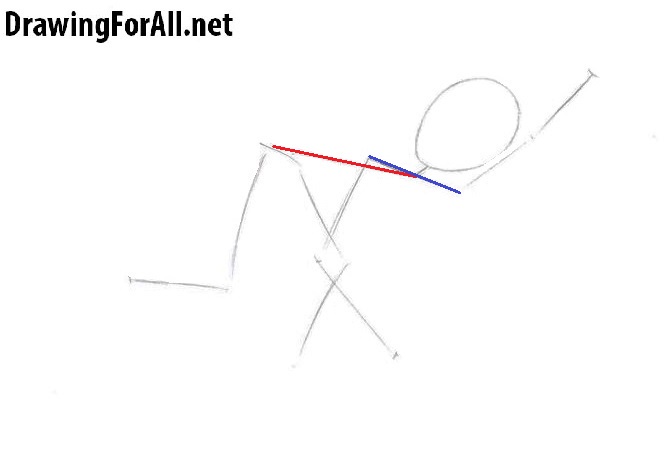 The head looks like an inverted egg. But the head is more pointed downwards. Important point – the upper part of the head located near the elbow joint. 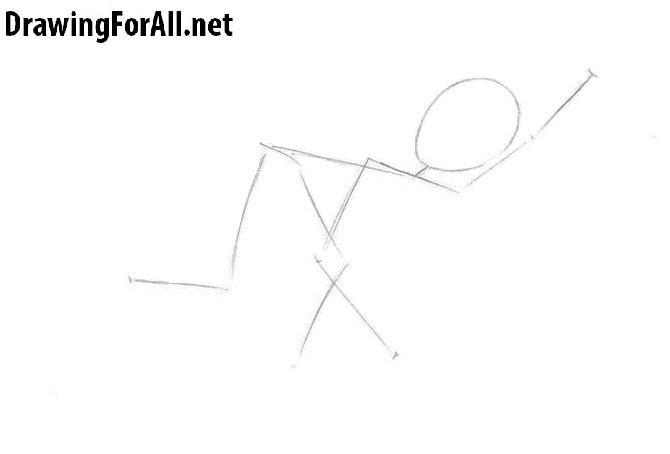 Ok, let’s make the contours of the silhouette. And in this step we will work on the upper part of the body. First draw the neck – a short cylinder which is attached to the head. Then draw a hand.

If you do not divide them into plots, it can be noted that they look like cylinders, which very gradually taper in the direction of the palms. By the way, the palm of the hand, which is raised above the head, appears as the head of the snake. Draw the outline of the snake’s head and you can’t go wrong. 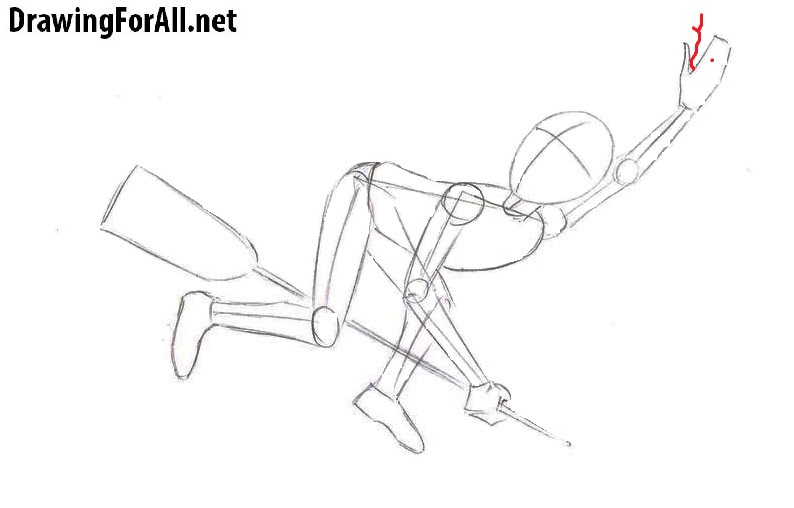 Don’t forget about face lines – the vertical line is facing symmetry, the horizontal line is the location of the eyes.

Also in this step we will work on the legs. Thigh (from waist to knee) in each leg somewhat longer than the tibia (from the knee to the foot). Feet slightly pointed anteriorly. The knees should outline the balls. Feet should be large and wide. And finally in this step we should draw the contours of Harry Potter’s broom. 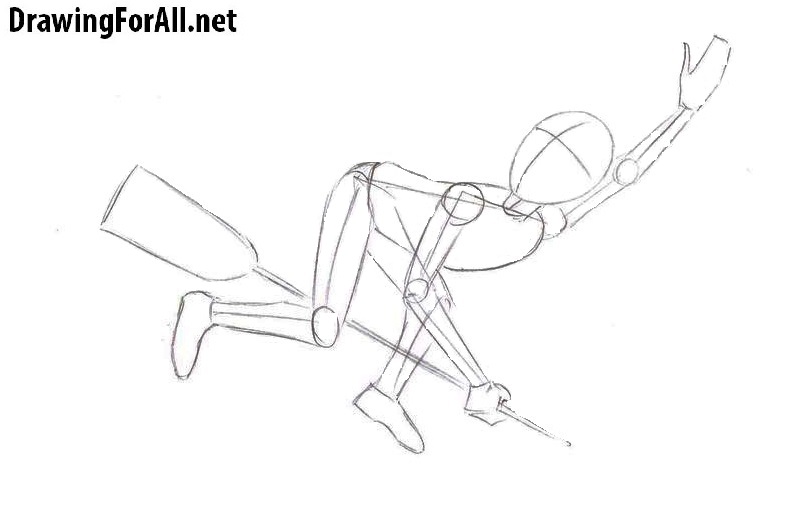 Ok, it is drawing tutorial from drawingforall.net  and we draw Harry Potter step by step. It may seem that this step is very simple. This is true. However, errors in this step may distort the whole picture. First let’s draw the hair. Don’t forget – the hair should be drawing in the direction from the hair roots to the tips. After this you should draw the contours of the eyes and glasses. 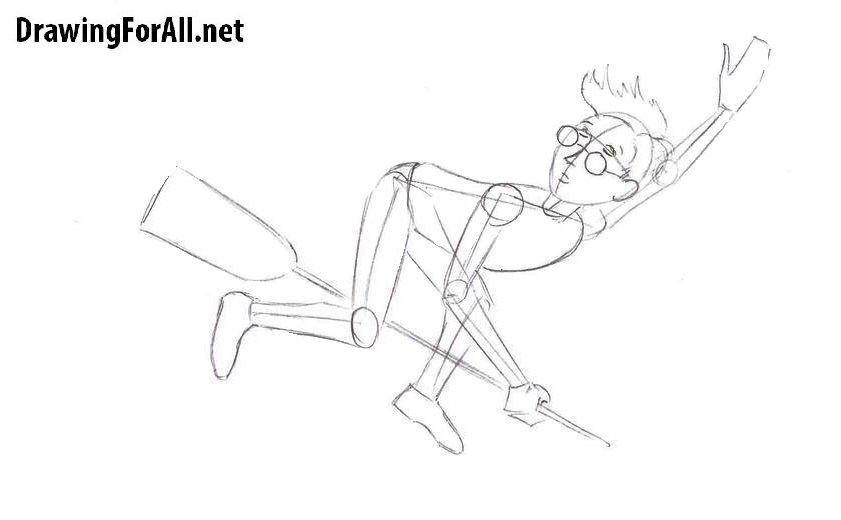 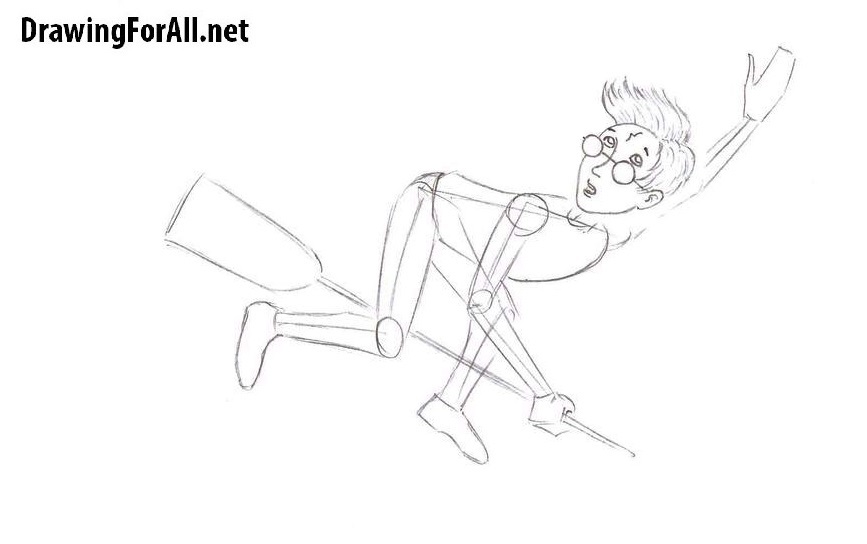 Now we have a sketch with a detail face. In this step we began detalise a torso and hands to get this picture: 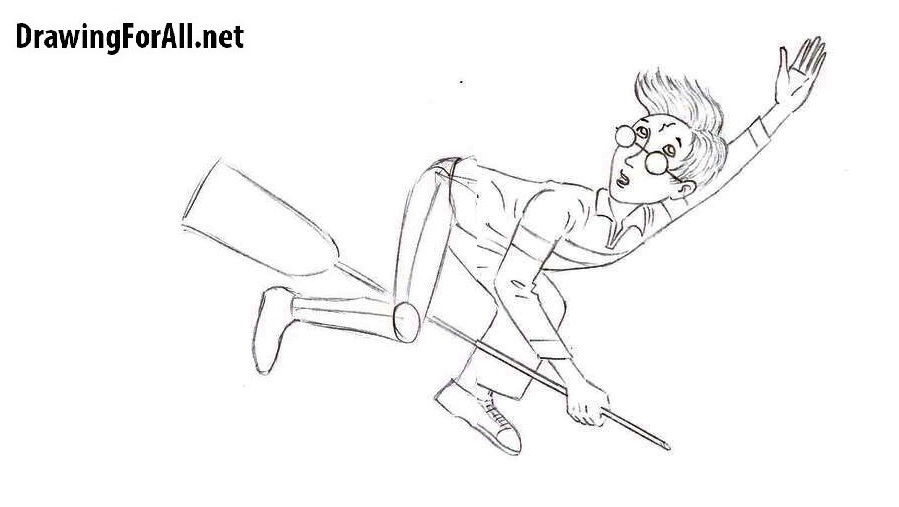 After that you should draw the finally outlines of the left (from us) leg. Also in this step we should detail Harry Potter’s broom. 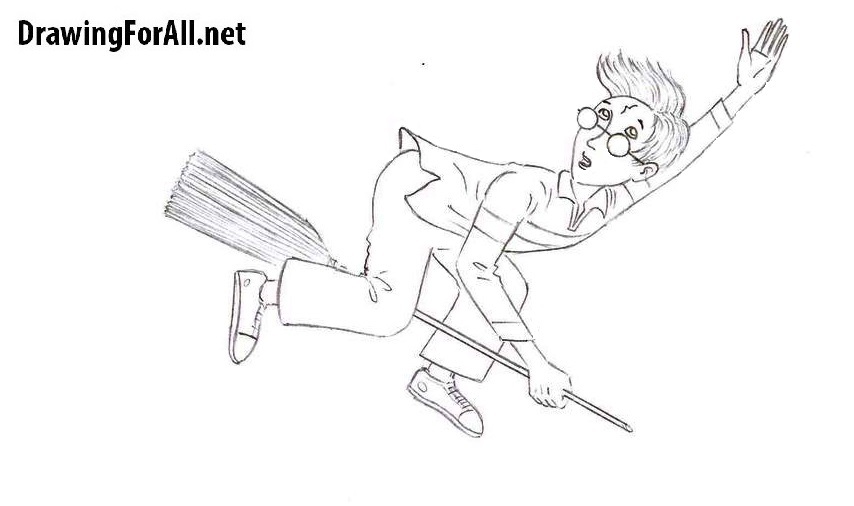 The last step is drawing of the shadows. We have a Harry Potter’s sketch and it is example of comic style drawing, so the shadow will be drawn very simply. This stage is best divided into two actions:

As you can see, the bulk of the shadow is on the inside of Harry Potter’s body.