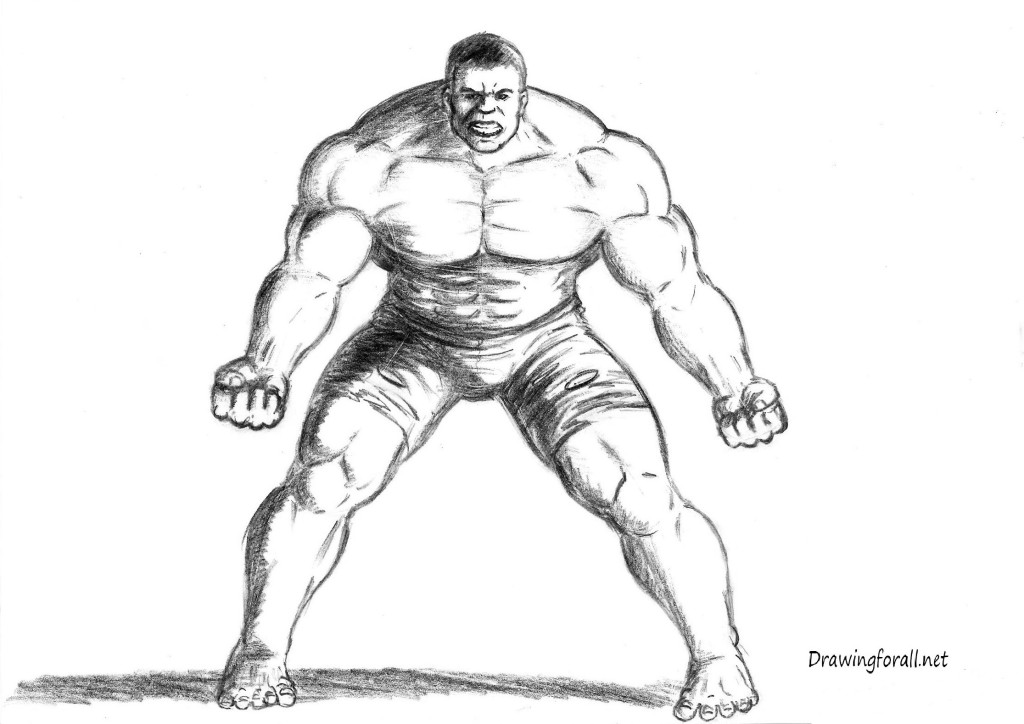 Hello, everyone! Today we will continue learning to draw comic book characters step by step. And the theme of this drawing lesson is how to draw the Incredible Hulk from the Avengers team.

Bruce Banner, the name of the man who turns into a huge green giant, is actually modest and quiet scientist. After an emergency, Bruce received a very serious dose of gamma irradiation. Instead of radiation sickness, the body of Bruce purchased an amazing property to turn into a huge giant with superhuman strength.

Now the Hulk is known for the same film production Studio “Marvel”. Also the Hulk is one of the central characters of the popular “The Avengers”. There it interacts with Iron Man, Captain America and other superheroes. Actually, the Hulk fought almost with every hero or villain of Marvel universe.

First things first we need to draw the “stickman”. it will help us to outline proportions and position on the sheet of paper. Note, that the green monster at this stage looks somewhat lower than it actually is. using an oval sketch out the contours of the head. Using simple lines draw the hands and legs. The vertical line of the face and the vertical line of the body coincide, because the Hulk stands face to us looks right to us. 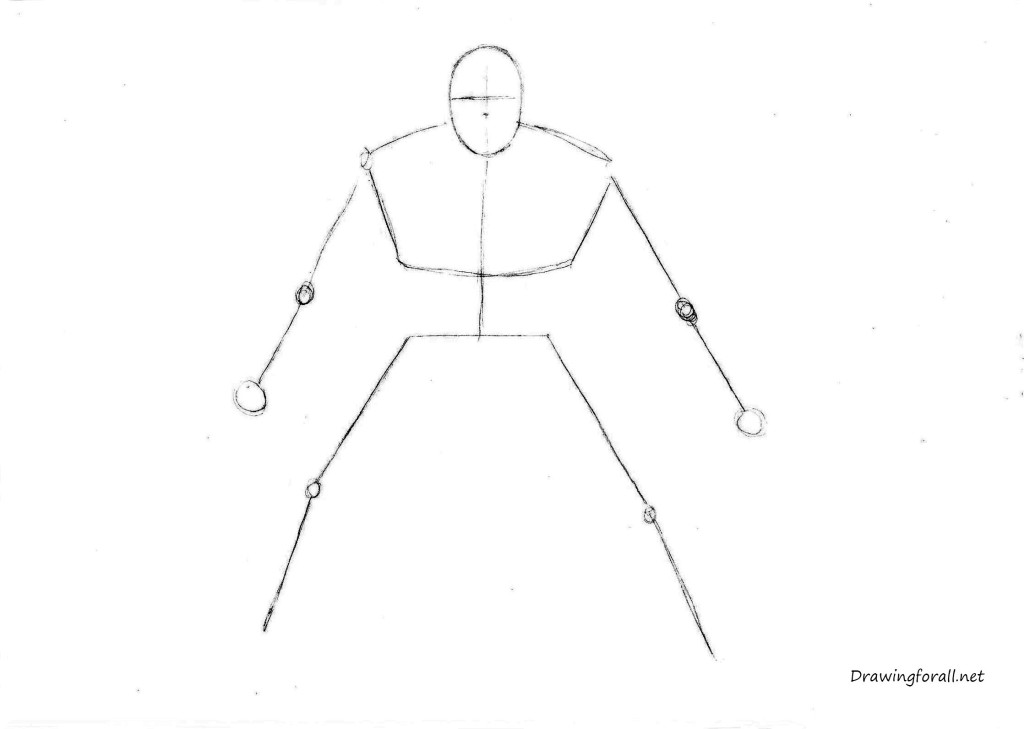 Incidentally, initially, in 1962, the Hulk was gray and not green as it is now. 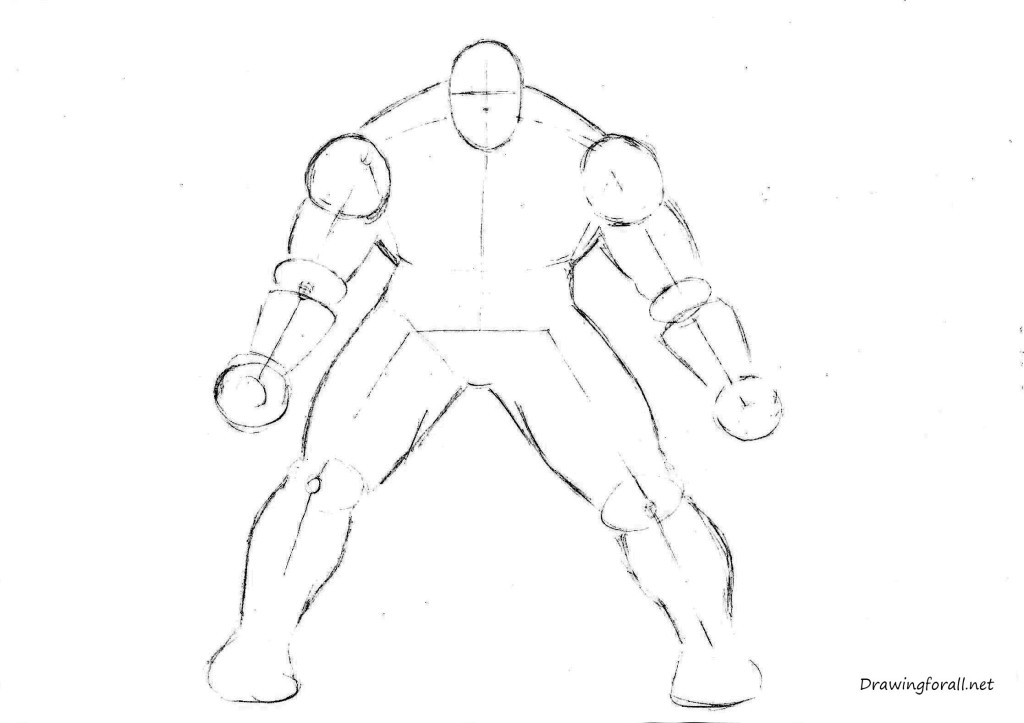 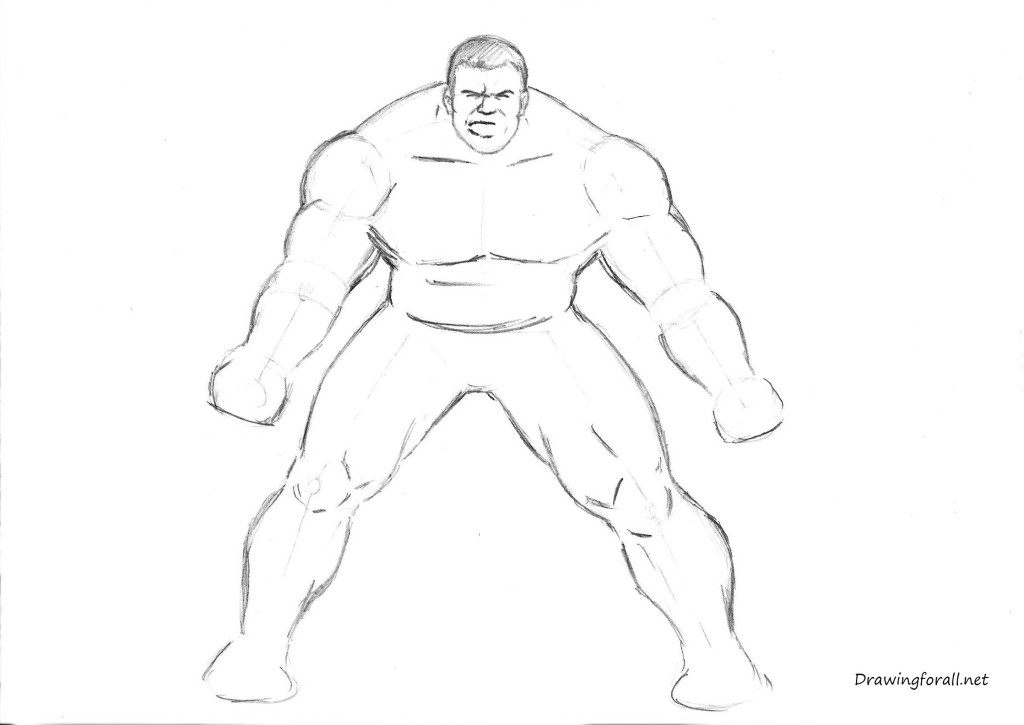 Draw the outlines of the core muscles (the boxes on the stomach). Then add some strokes to the pecs. Then draw the balls of the biceps, clenched fists. In the same step, draw the contours of the legs and the shapes of the knees. Add some folds on the upper part of the legs. 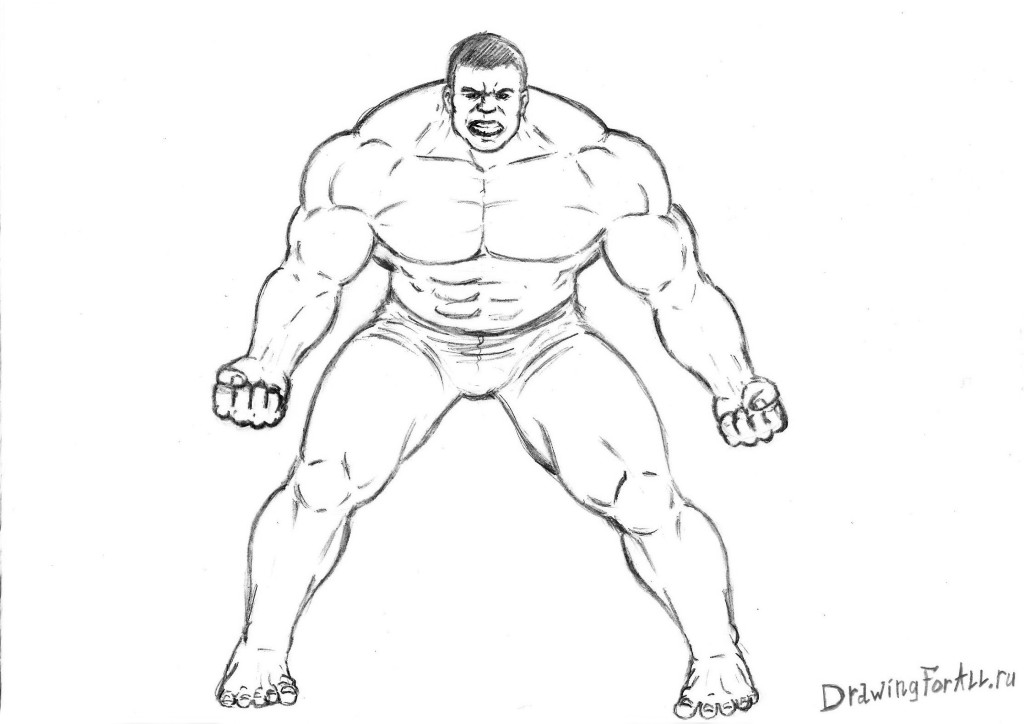 Light falls on the Hulk from the upper right side, so we need to add shadows to the left lower part of the Hulks body. The shadow areas that are closed from the light source will be especially dark and thick. In order to get good dark shadows, we recommend using dark pencils with “B” leads.