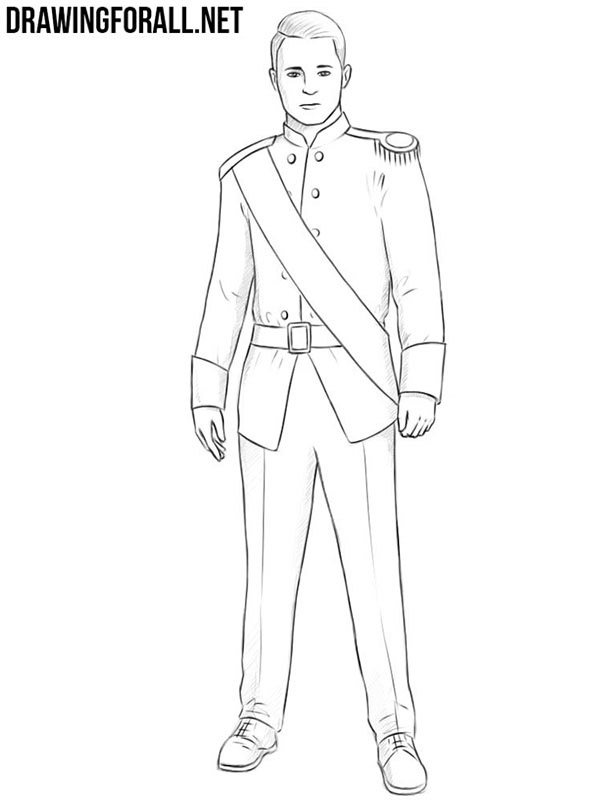 Let’s sketch a skeleton, which will be the basis for the future prince drawing. Mark the head in the form of an oval and the spine in the form of a simple long line. On the spine sketch the chest and pelvis. The limbs of a prince should also be mapped using simple lines. 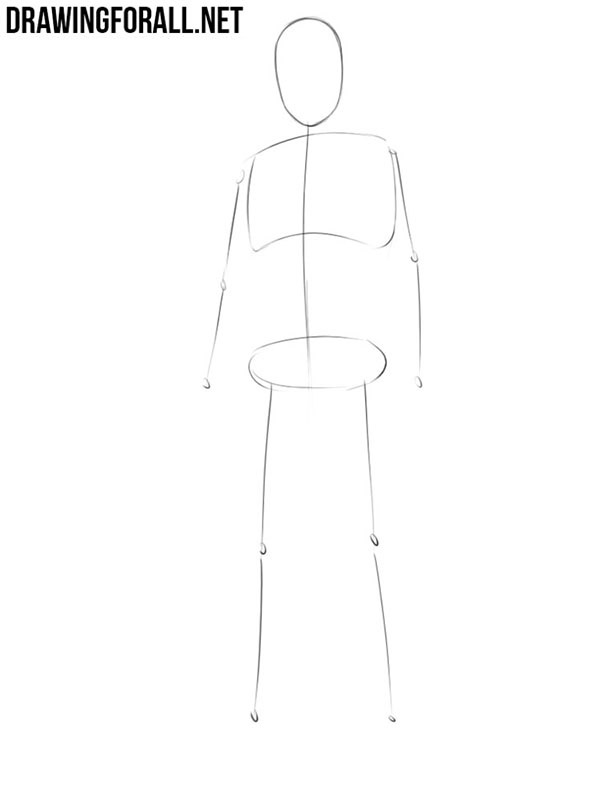 Sketch out the lines on the head that will help to draw the details of the face without mistakenly. Now depict the neck and torso, as drawn in the sketch from the artists of Drawingforall.net. By the way, all the lines in the first stages should be performed using very light lines. 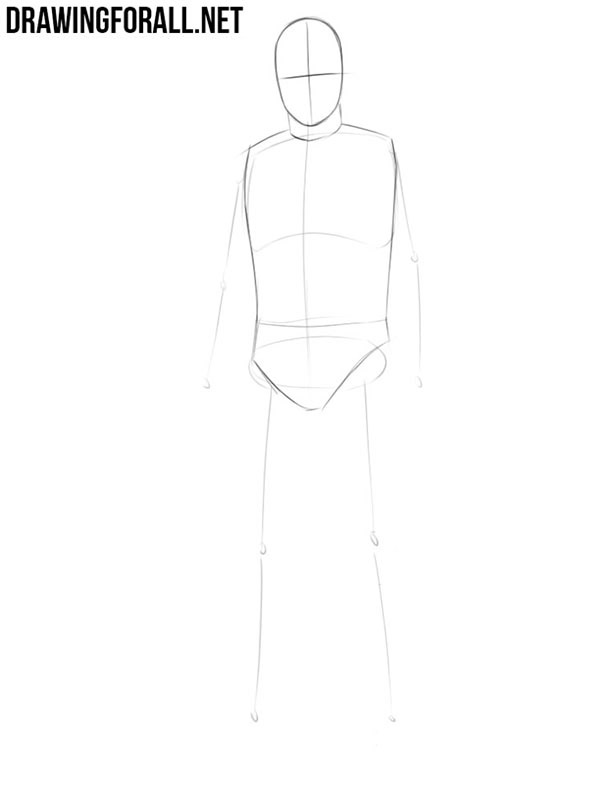 Now let’s outline the limbs of the prince. Mark them in the form of simple shapes, similar to modified cylinders. Joints should be marked in the form of balls. With the help of simple and very light lines we mark hands and feet. 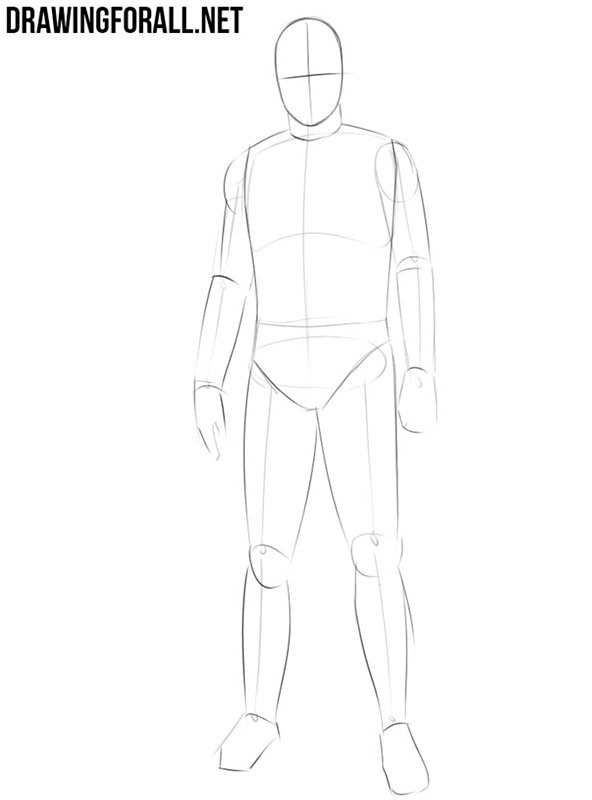 Using light and rough lines, we will now begin to add basic details to our prince sketch. Guided by the lines from the second step, mark the eyes on the horizontal line. Above, mark the eyebrows, and below the nose and mouth. In the same step, mark the ears and hair of the prince. 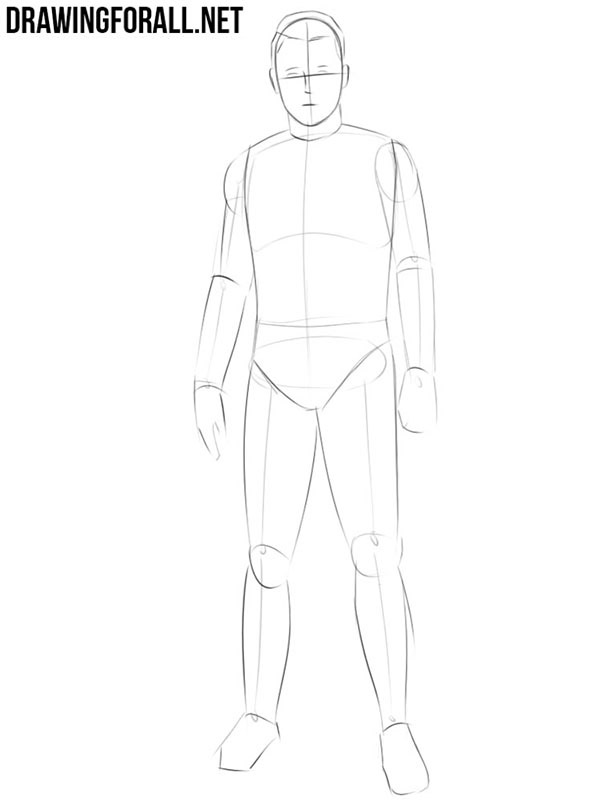 Now let’s get down to the details on the prince’s body. In this step we will need to sketch the outlines of aristocratic clothing. Start with a collar and epaulettes. Next, carefully depict the outlines of the costume. Complete this stage by sketching a long sash that runs through the entire torso. 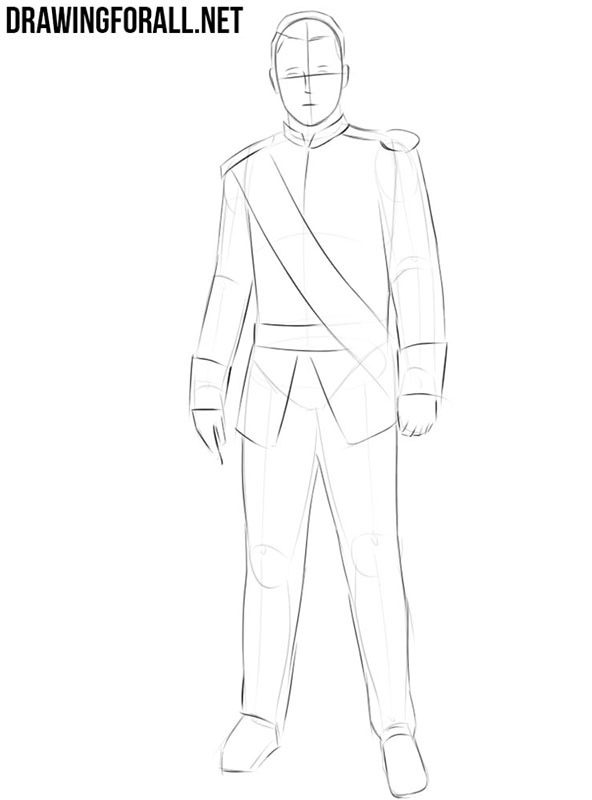 Starting from the sixth step, we will work on the details of the prince’s drawing. Gently circle the outline of the face, as drawn in our example. Sketch the pupils and hairline, as shown in the figure from the artists of Drawingforall.net. Do not forget to erase all unnecessary lines from the head. 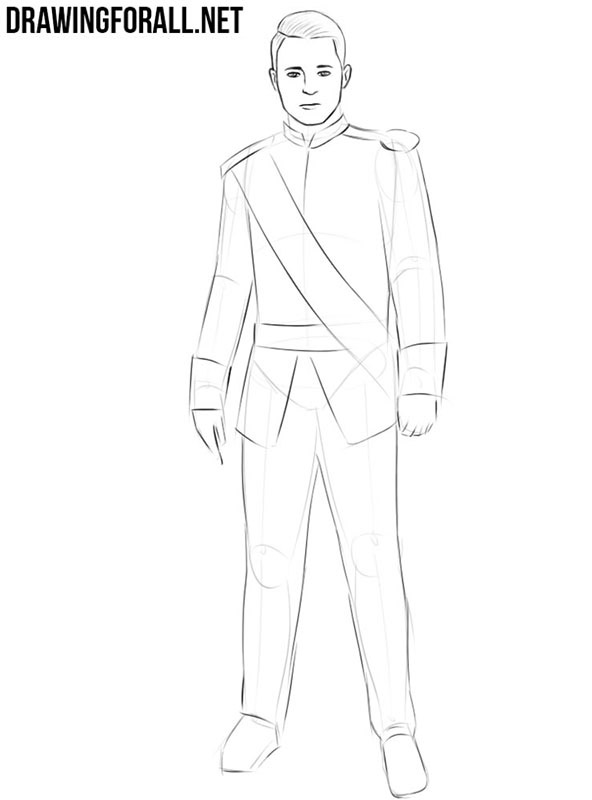 Continuing the lines of the head, carefully trace the visible part of the neck, the collar and epaulets. Next, trace the outlines of the torso, not forgetting to draw a double row of buttons and a belt. To make the torso look more claer, erase unnecessary guidelines from it. 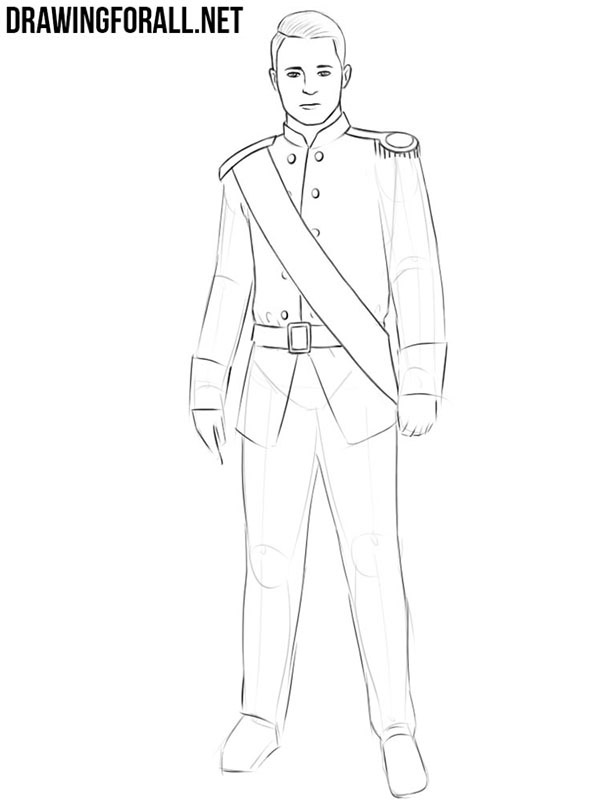 The same actions we now need to do with the arms of the prince. With clear and dark lines, trace them, as shown in the example of Drawingforall.net. Pay special attention to the hands and fingers. Draw folds and remove unnecessary lines from the arms. 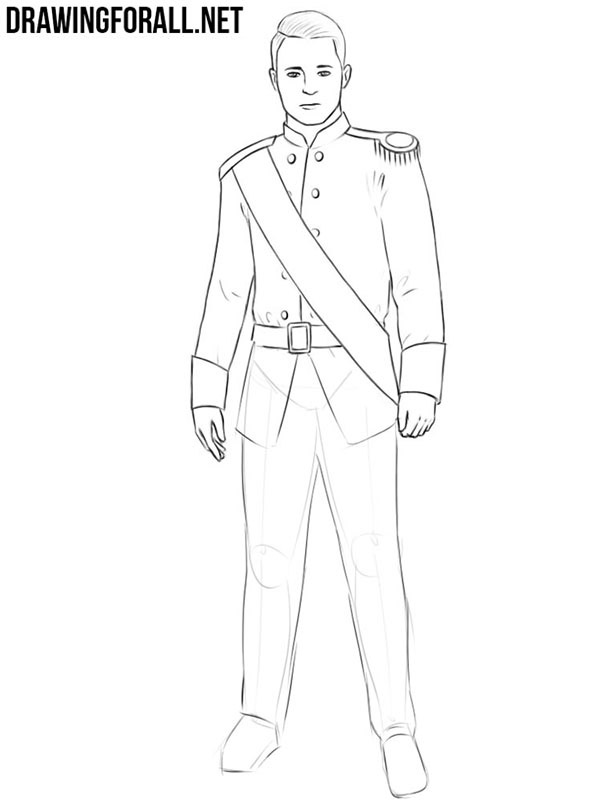 In this step, we’ll finish drawing the prince’s body. With long and smooth lines, trace the legs, as shown in our illustration. In the same step, trace the shoes with all the laces and other details. Using an eraser remove any remaining unnecessary guielines from the prince’s drawing. 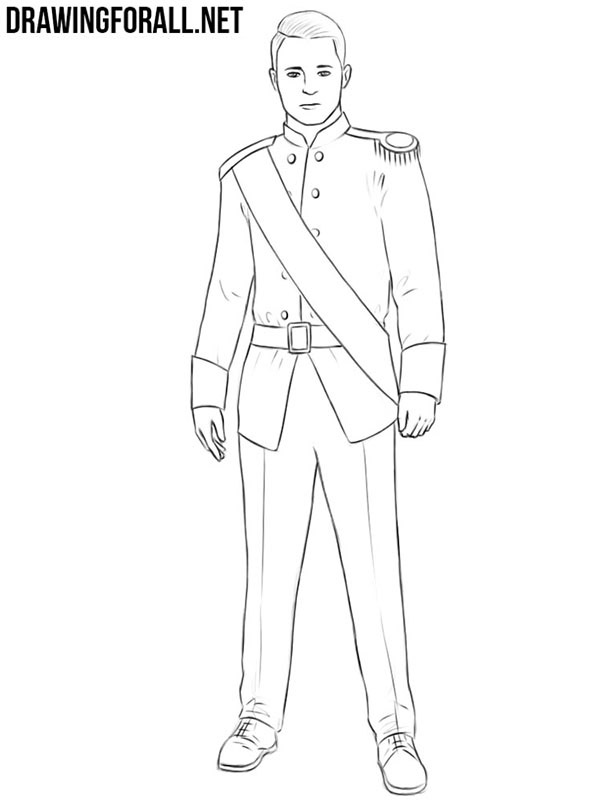 Now let’s make our prince drawing more voluminous and beautiful. For this we will use dense and uniform hatching, which will lie in places hidden from the light. To make the shadows darker, and the drawing more contrast, add another layer of hatching in the necessary places.

Was the lesson on how to draw a prince useful and interesting? Write us about it in the comments to this article. Also subscribe to us on social networks and share our lessons with your friends.