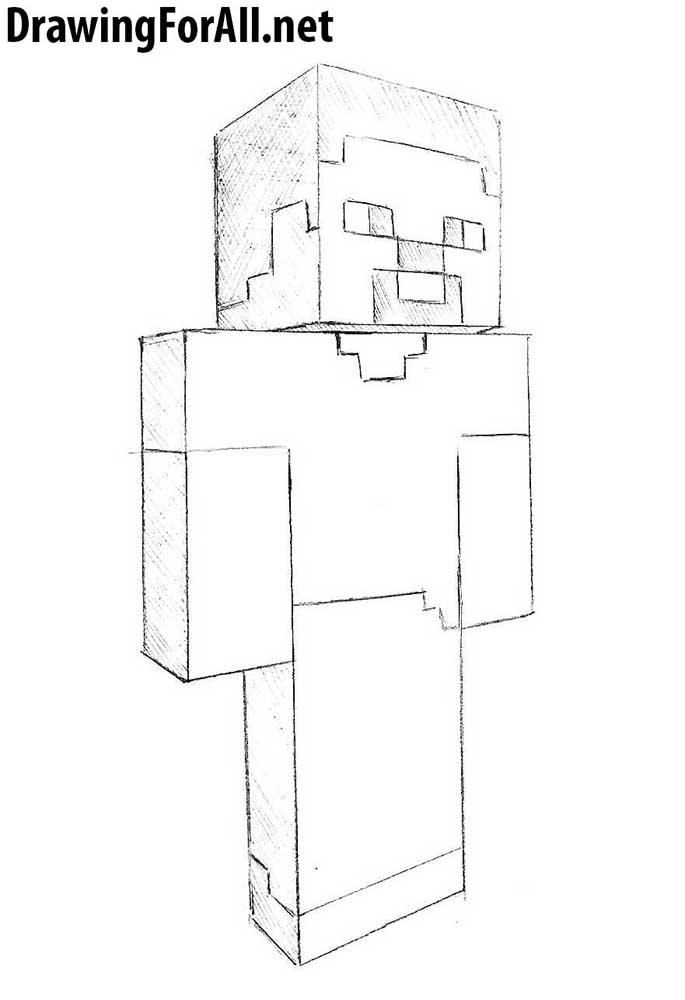 So, how to draw Steve from Minecraft? This drawing tutorial will show you how to draw a character from this popular game!

The game, which made in a very unusual manner, quickly gained popularity among gamers and has become one of the most famous and favorite games in the world. First on computers, and then on the consoles, this game was sold millions of copies. Discovery World, the unusual design of the characters and a very addictive gameplay managed to make this creation of a Swedish programmer Markus Persson worthy of awards and prizes among the many reputable gaming resources.

First draw the shape of the head in a shape of an opaque cube. That is, it will visually look like a pair of adjacent trapezoids. 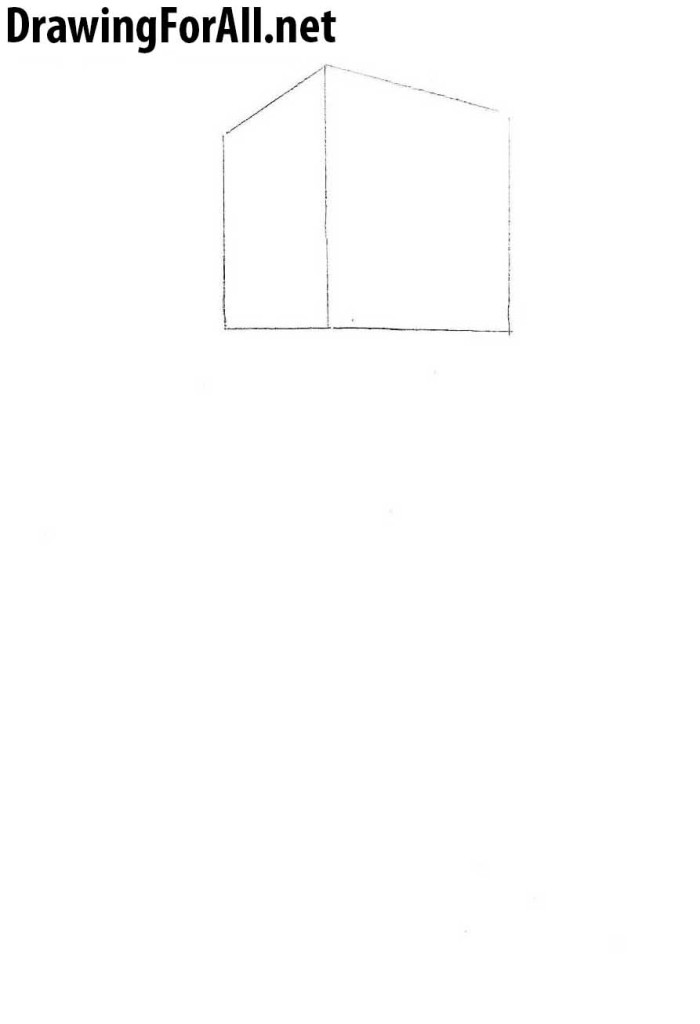 Now draw the torso. Note, that here we use only direct lines (like in the tutorial on how to draw a house

). So, draw the torso and arms in the shape of rectangles. 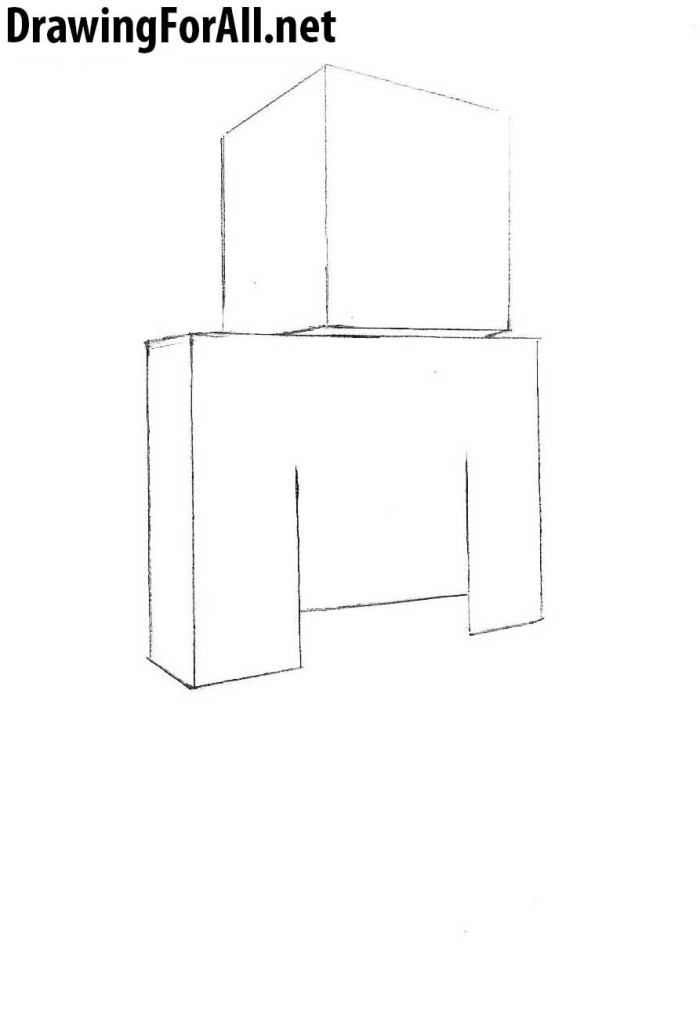 Now we draw the legs in a shape of elongated rectangle. Also outline the hair with straight lines. The same line is also a line of ear, as you can see. 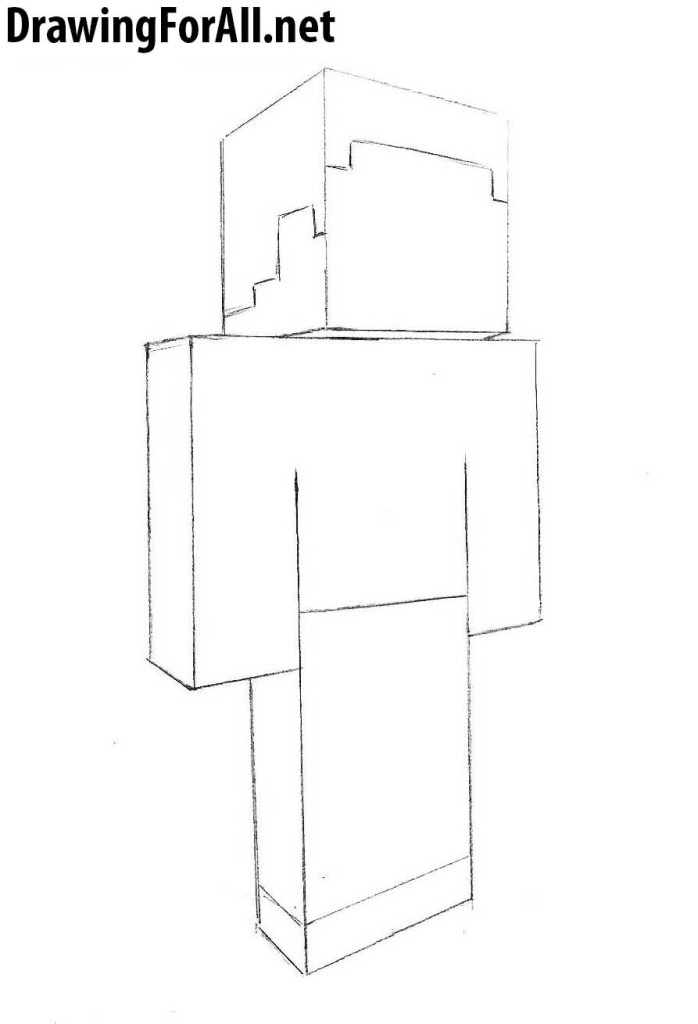 Now we draw the face of Steve from Minecraft. Yes, the appearance of characters from Minecraft very unusual, what can we say. Using rectangles draw the eyes, nose and mouth. Also draw the angular neckline. 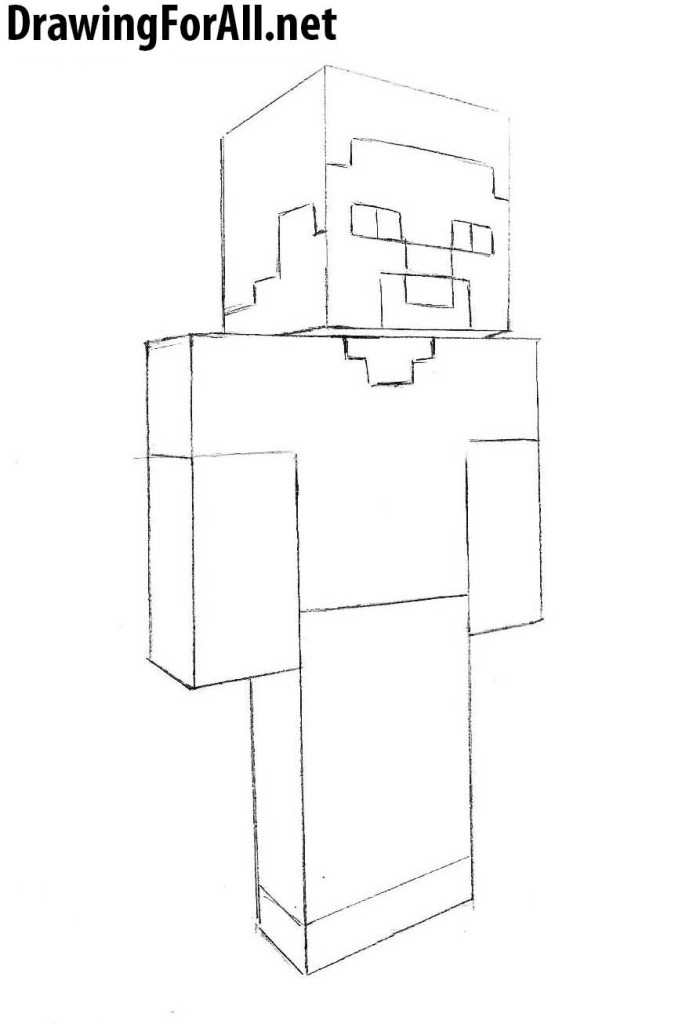 Now, using hatching, paint out the side of the figure, which should be shaded. Light falls from front of Steve and slightly to the right (from us), then we will shade the left side. Also add hatching to the hair, pupils, nose and mouth of Steve from Minecraft.

Drawing tutorial on how to draw Steve from Minecraft is over. So what do you think about this tutorial? If you like it, share the lesson and subscribe to us in social network, such as Google Plus, Pinterest and FaceBook. If not – write what you think in the comments section.