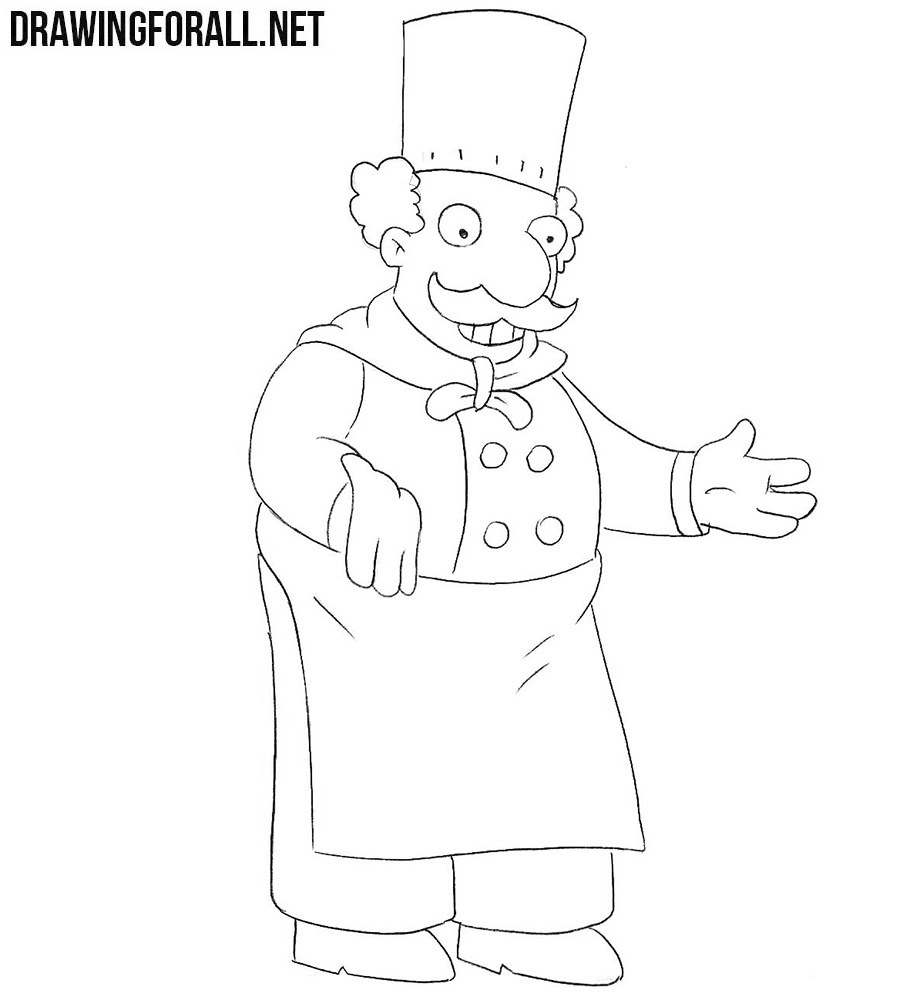 The Simpsons series is full of different stereotypical characters, such as the Italian chef Luigi Risotto. And as you understand, in this article we will show you how to draw Luigi Risotto from the Simpsons.

First, draw the body in the form of a circle and head as in our example. 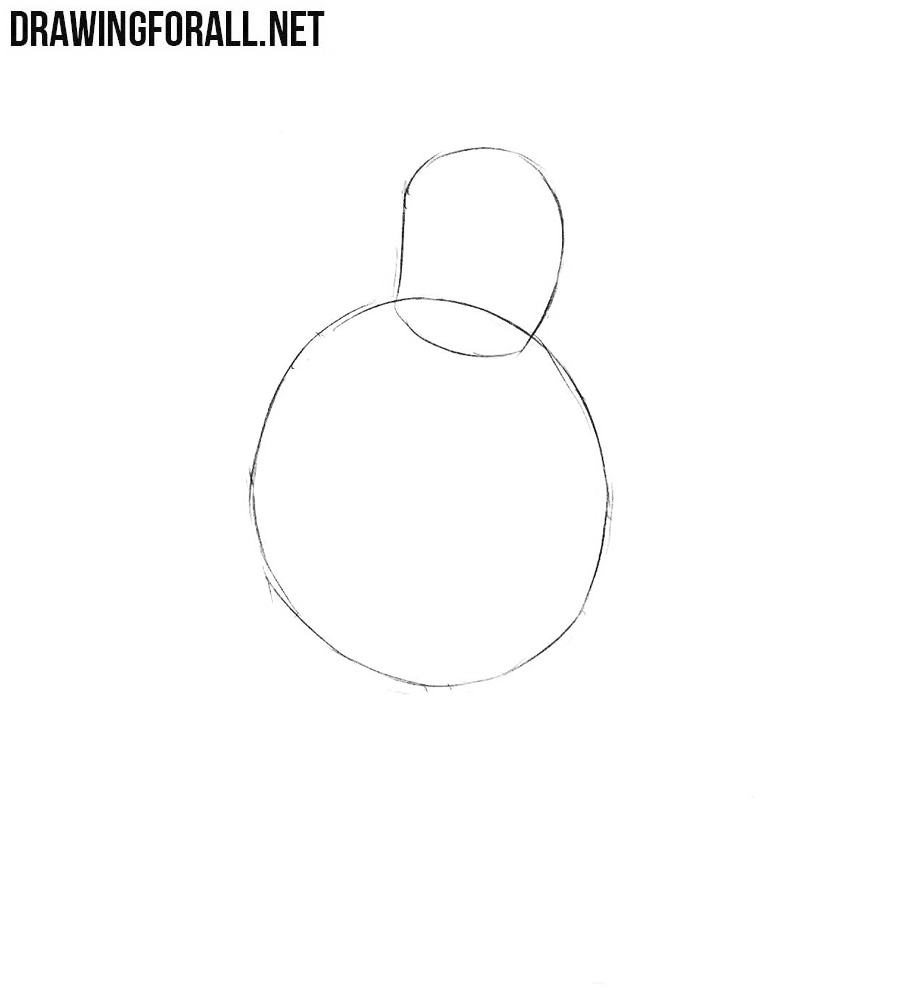 Now, with a slight movement of the hand, we sketch out Luigi’s arms and legs. 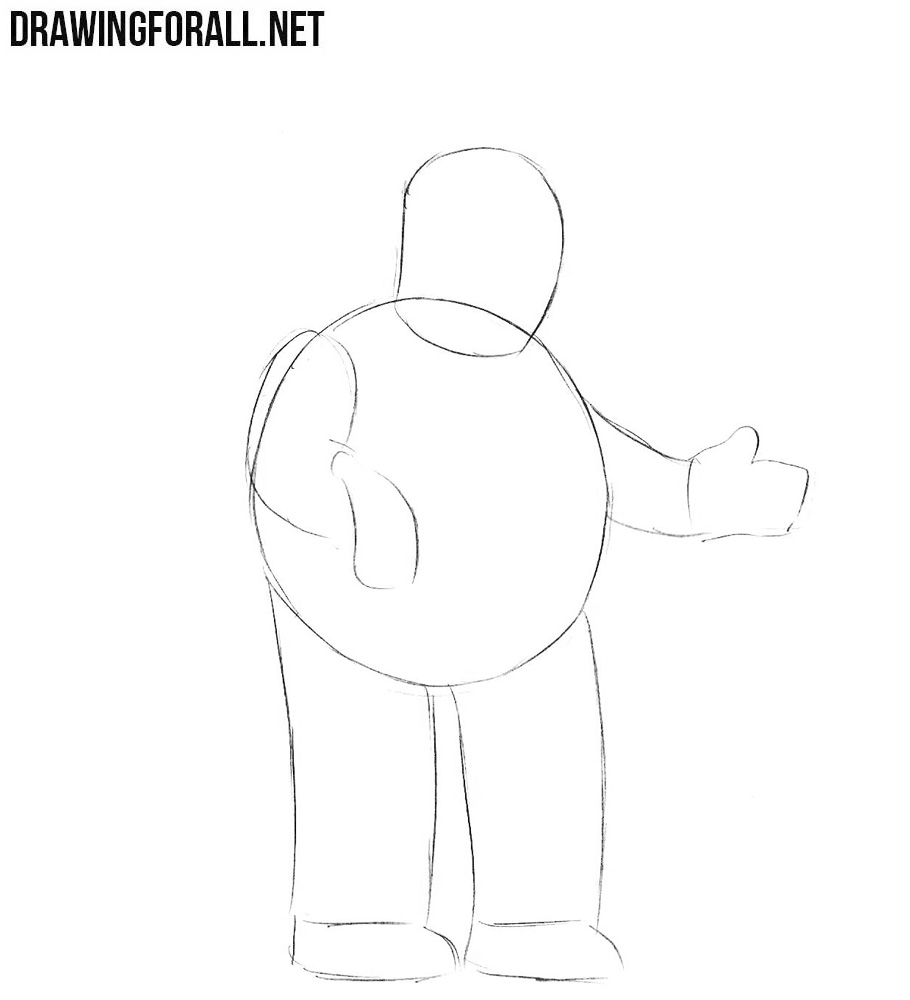 Draw large round eyes, with pupils in the form of dots and a large rounded nose. 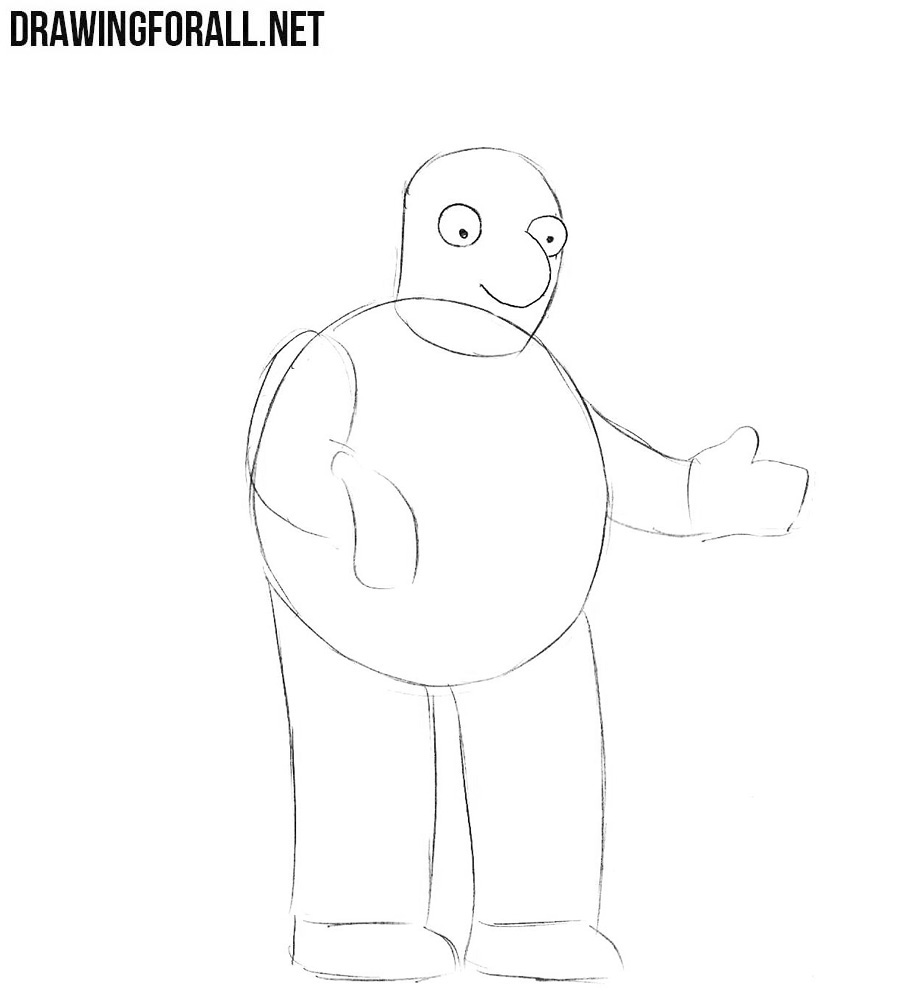 Now draw small ears, curly hair on the sides of the head and a long chef hat on the top of the head. 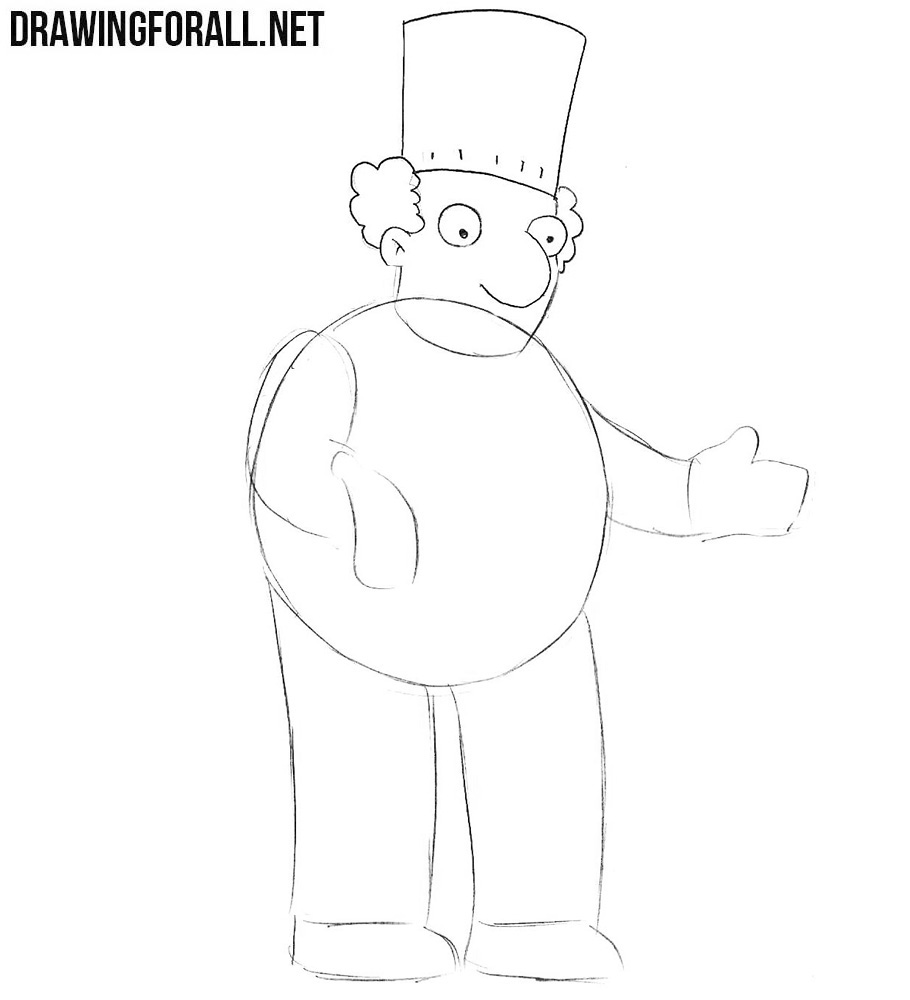 We finish drawing the face of our Italian chef, drawing a curved mustache and smiling mouth. 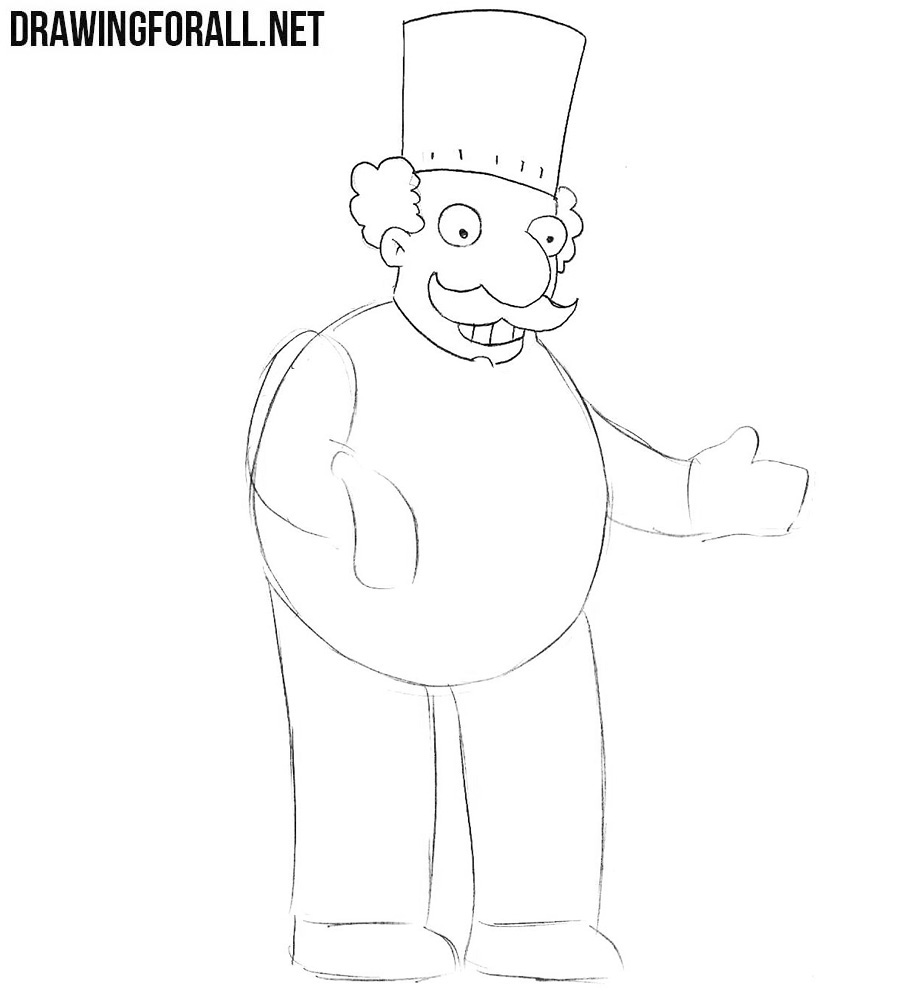 Draw the sleeves and open palms, as shown in the example below. 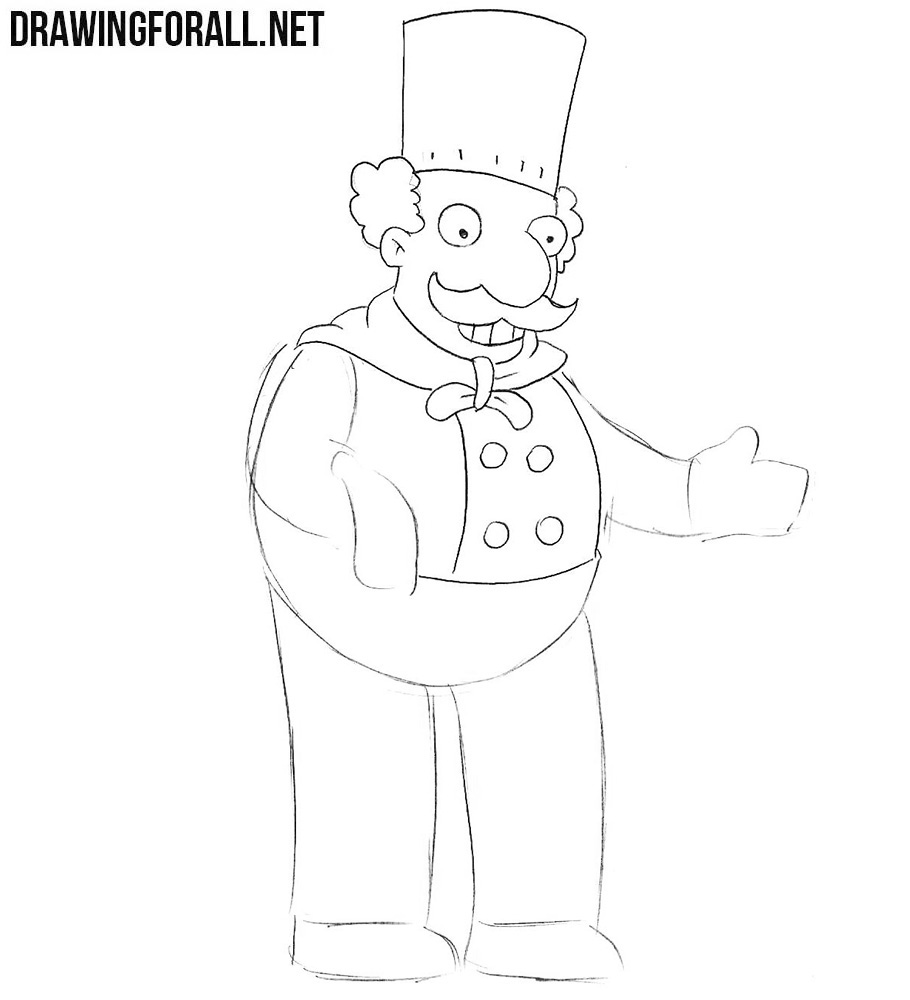 Pass to Luigi’s torso. Draw a neckerchief on the neck and outlines of a round belly with two rows of buttons. 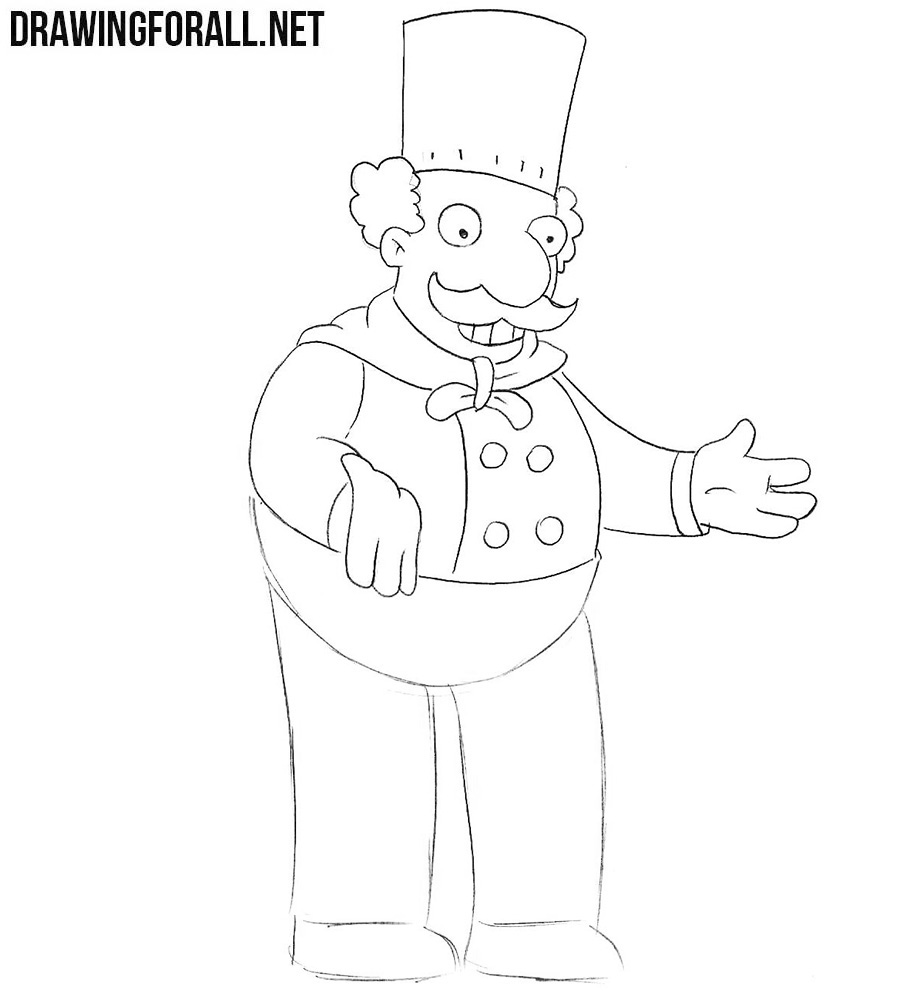 Now go to the lower part of the body of Luigi Risotto and draw a long apron. 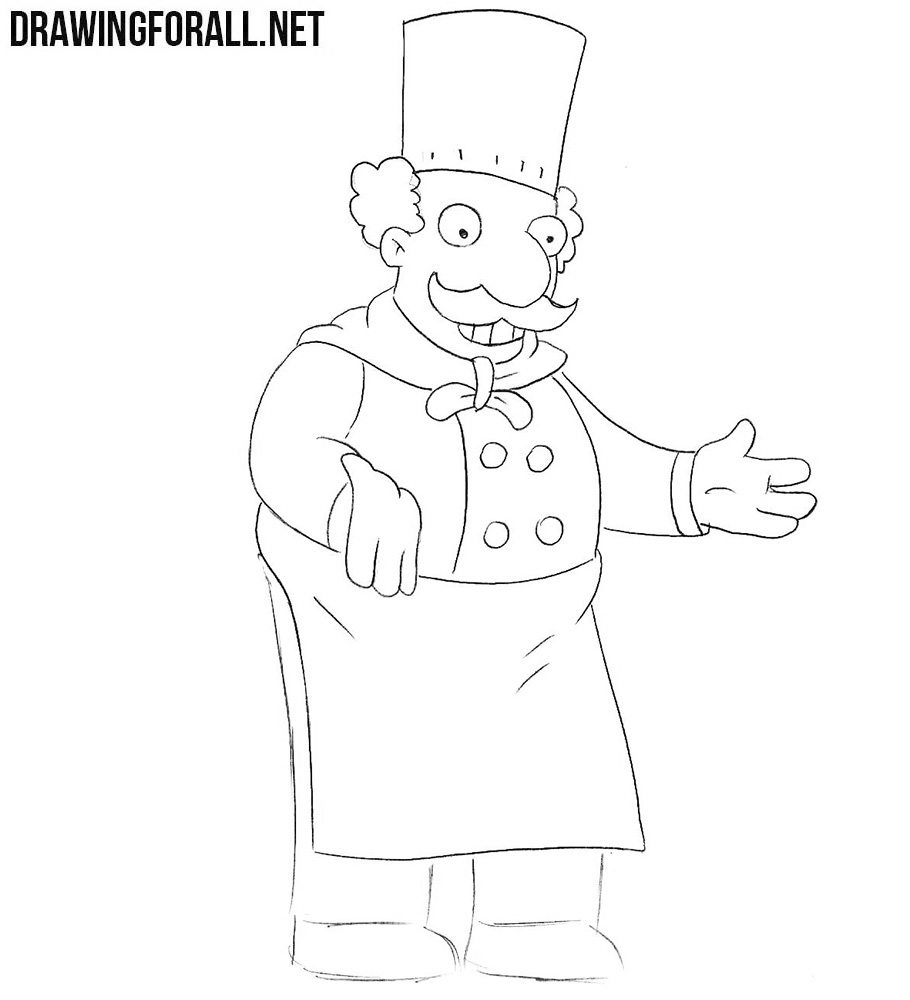 And the last step is left, in which we draw the lower part of the pants and shoes.