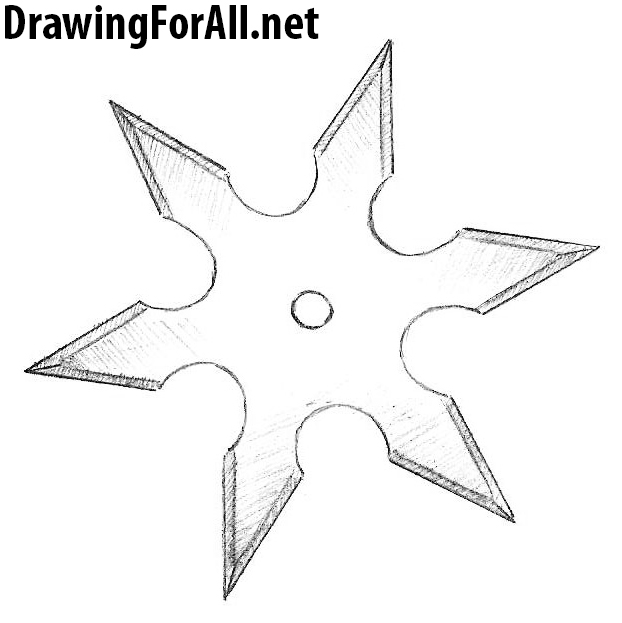 At first draw a number of crossing lines. We drew six lines but you can draw any other number. 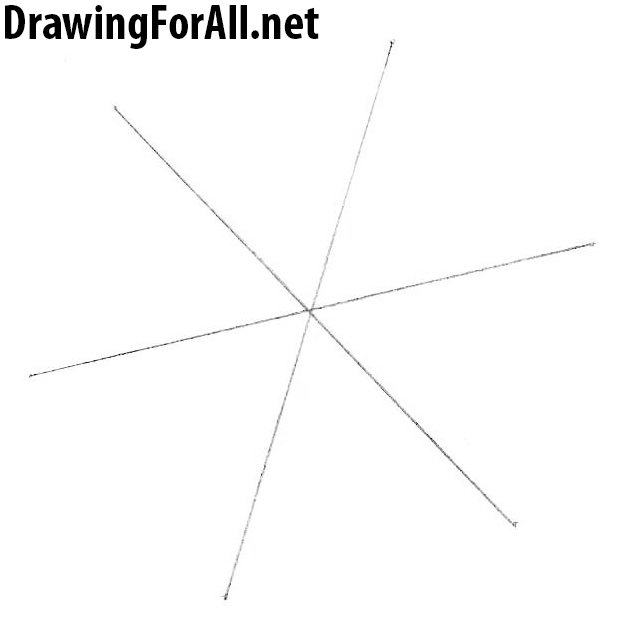 Now at the tips of the lines draw arrows as in our example. 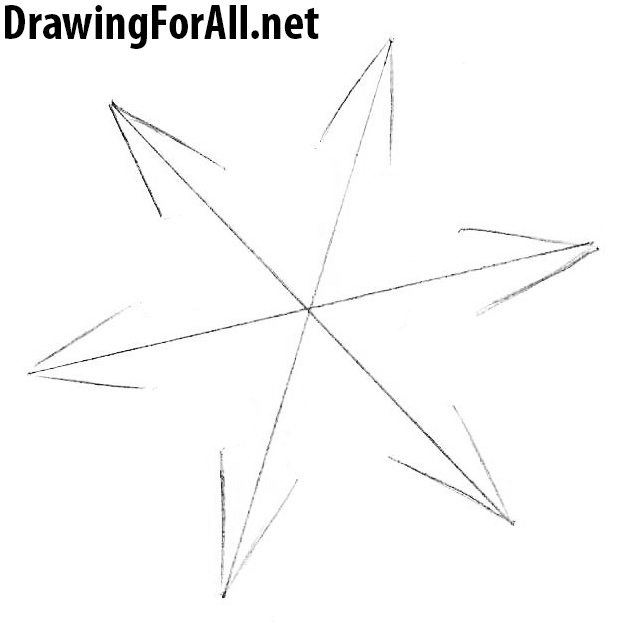 Connect these arrows with each other using angular or curved lines as in our example. 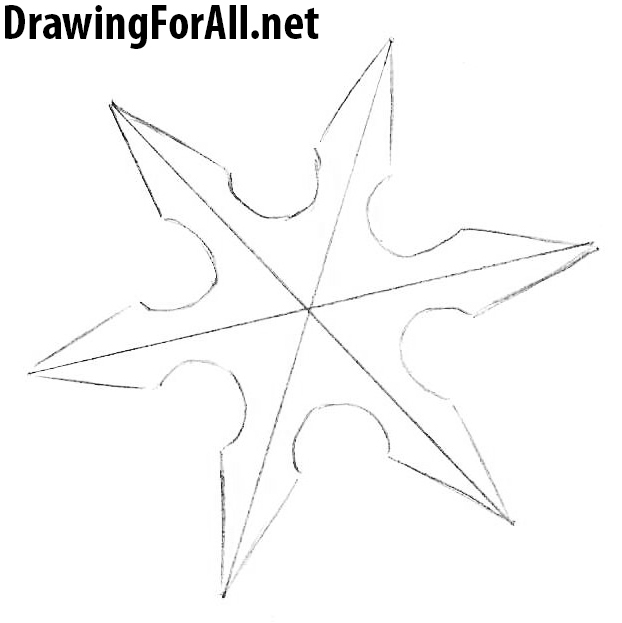 Erase all guidelines and draw a hole in the center of the ninja star. 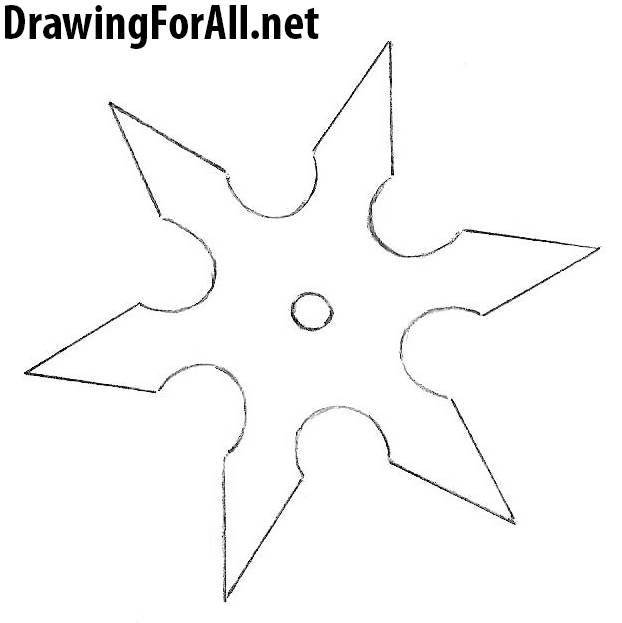 Now draw the lines of sharpening at the tips of our shuriken. 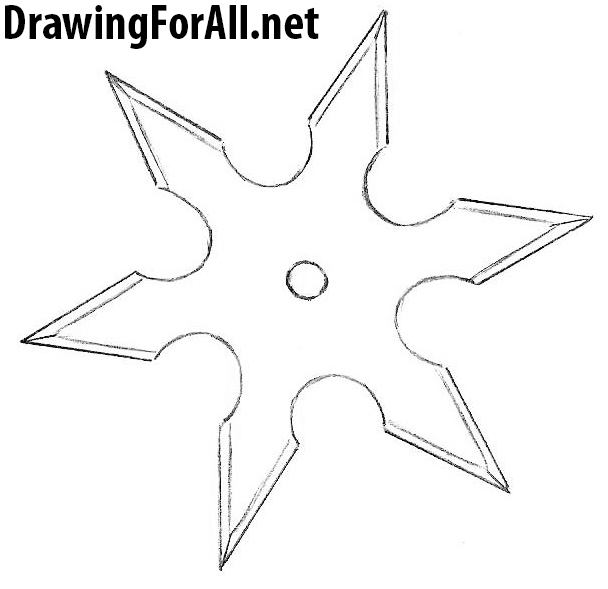 And now add some shadows to make the shuriken more voluminous.