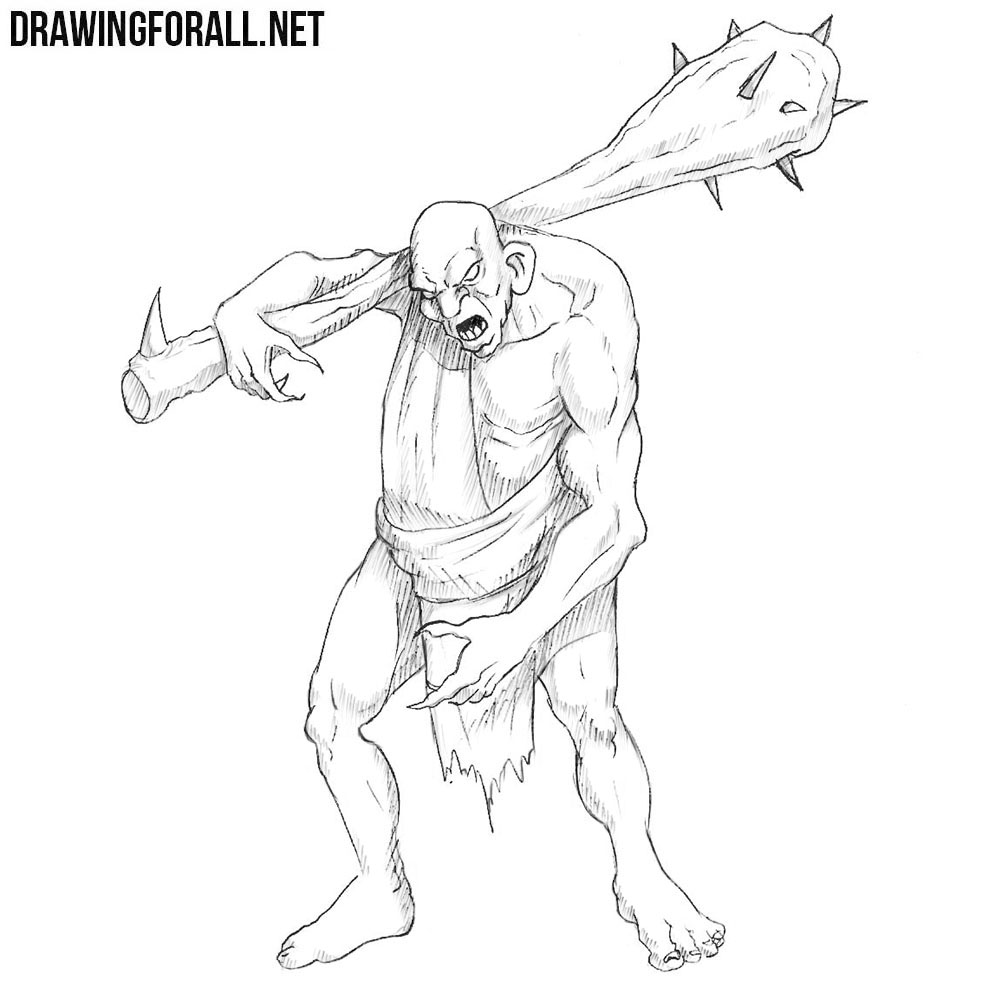 The world of fantasy is very huge and diverse and there you can meet a variety of characters, monsters and other characters. We have already created a huge number of drawing lessons about these characters, which we publish in a category called “Myths and Legends” on our website. But today, on numerous requests of our readers, we decided to create a collective image of a monster in a lesson called how to draw a fantasy monster.

We will draw a rather eerie creature that resembles a human in shape. Therefore, first of all we will outline the skeleton of our monster. Draw an oval head and a vertebral spine. Further outline the chest and pelvis. Sketch out the arms and legs and move to the next step. 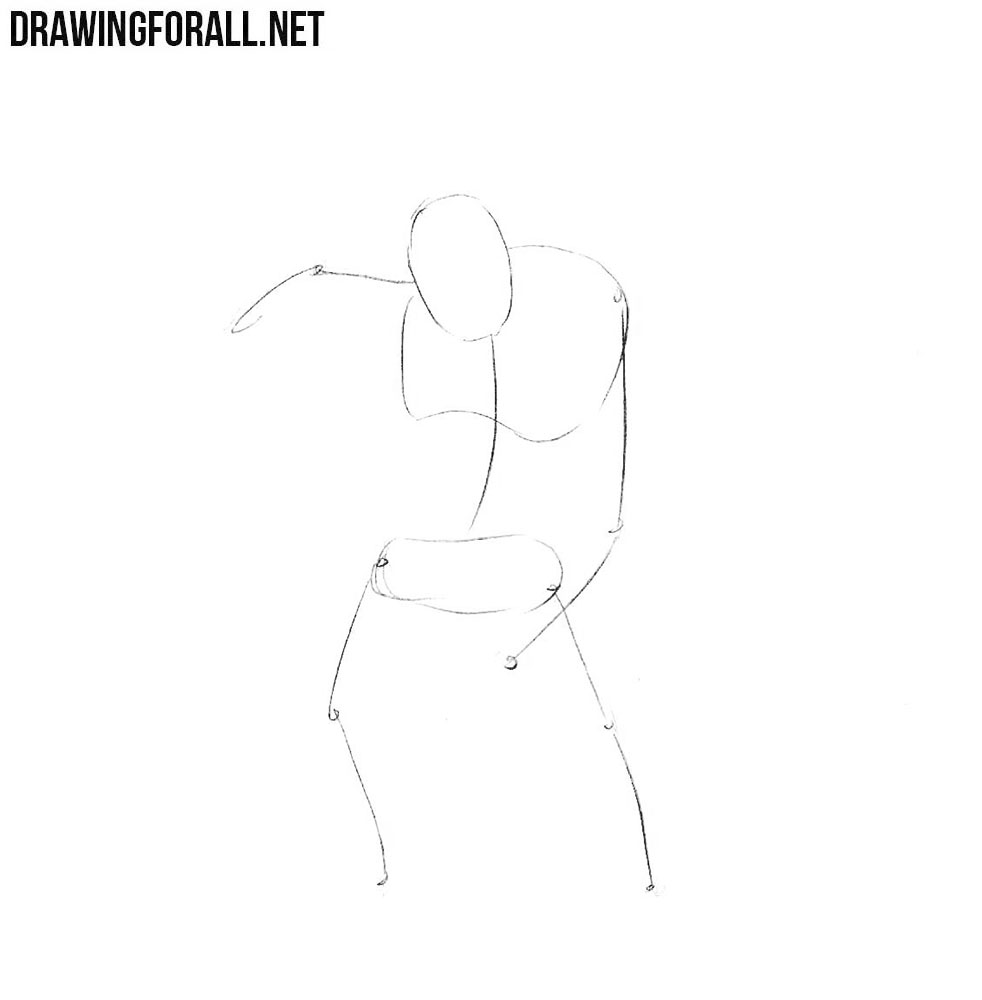 Here we sketch out two intersecting lines on the head, they will help us to draw the facial details. Next, outline the shape of the torso and limbs with light lines and geometric shapes. Next, draw a huge club on the shoulders. 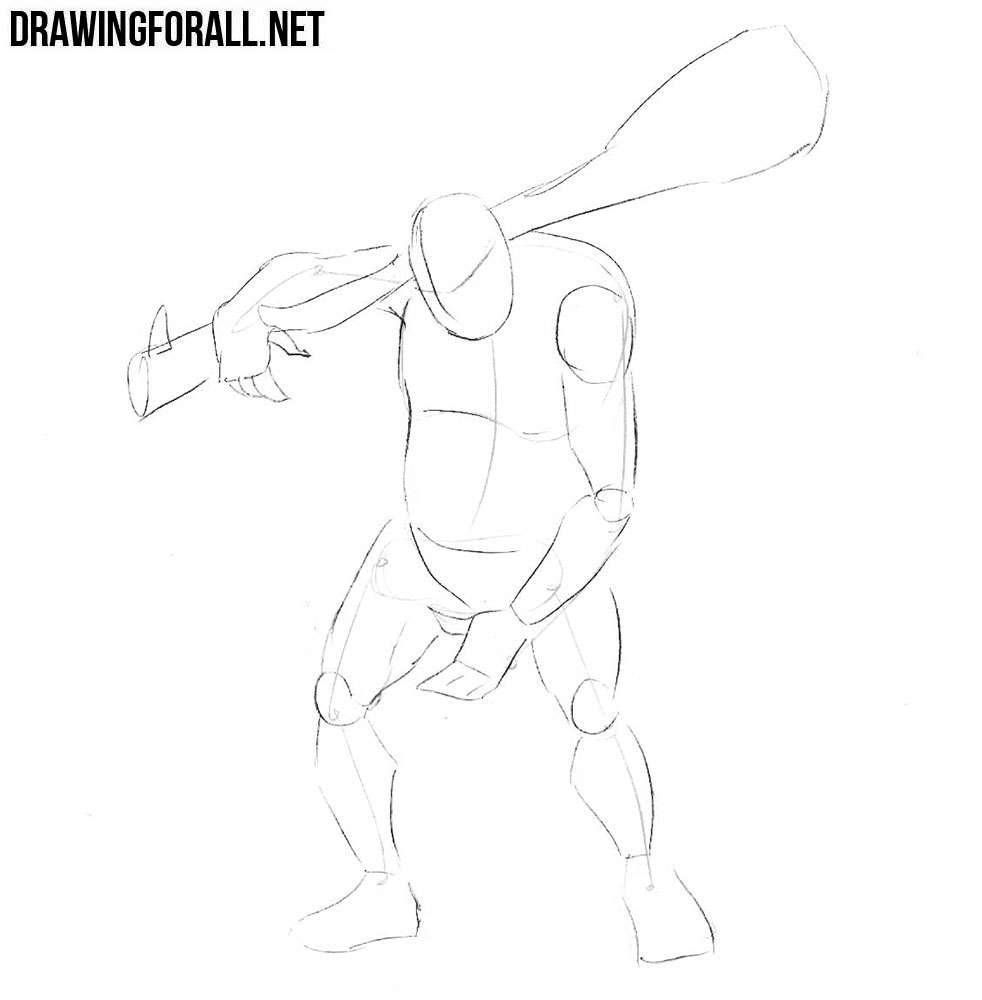 Starting with this step, we will be engaged in drawing details. Using dark and clear lines, carefully draw out evil eyes with powerful brow ridges. Next, draw a hook-shaped nose and a half-open mouth with eerie teeth. At the very end of this step, we will draw numerous wrinkles on the face. 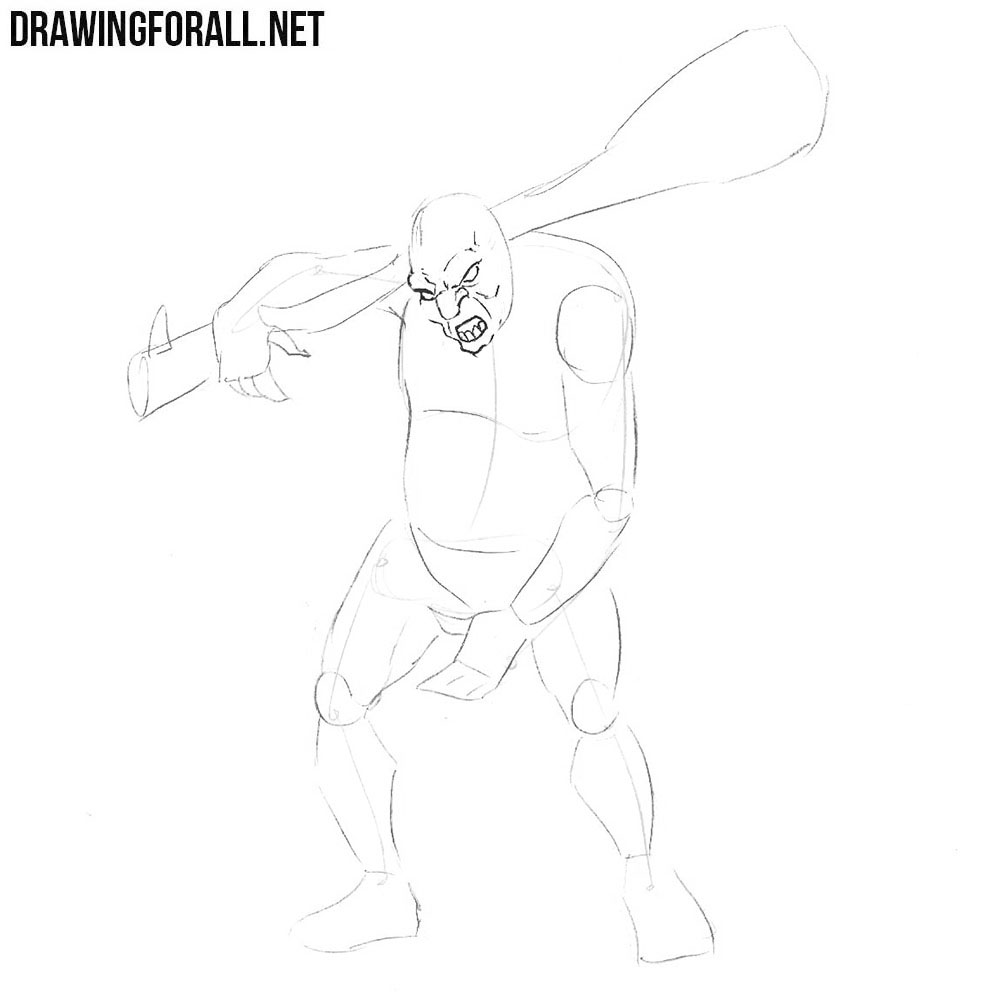 In this step of the lesson on how to draw a fantasy monster, we finish drawing his head. First, carefully draw out the bald head and a large ear. Next, draw out the shape of the cheekbones and chin as in our example. 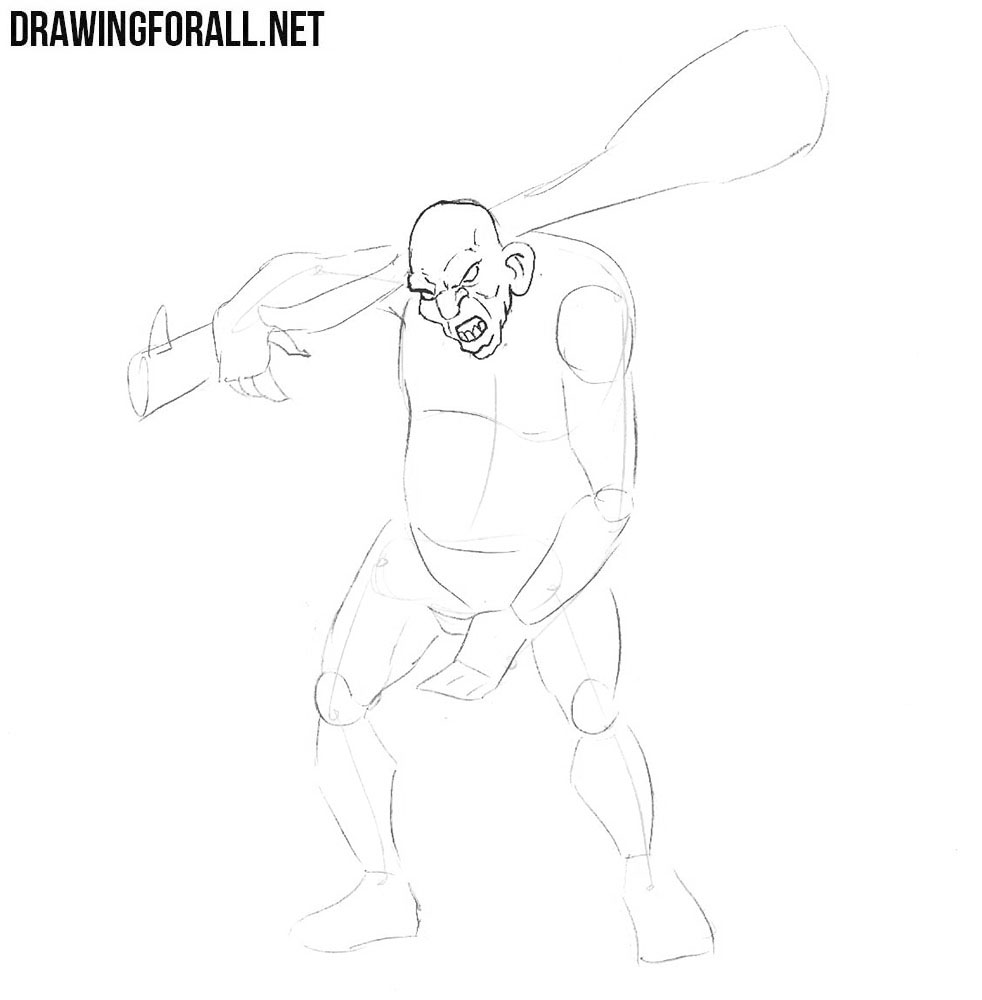 Here we move on to the details of the torso, carefully drawing out the shape of the muscles and numerous lines of the clothing. Wwe decided to draw a long piece of fabric instead of the usual clothes, but you can dress your monster in armor or in a T-shirt. 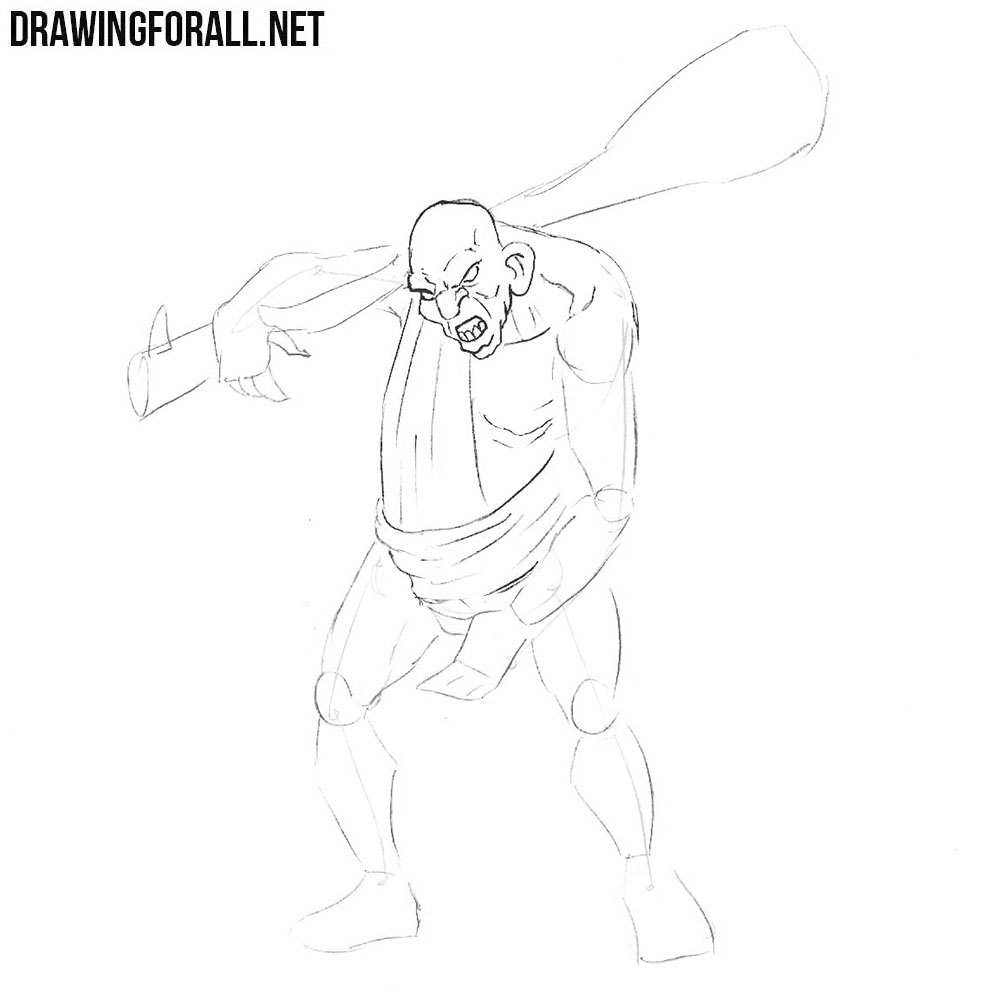 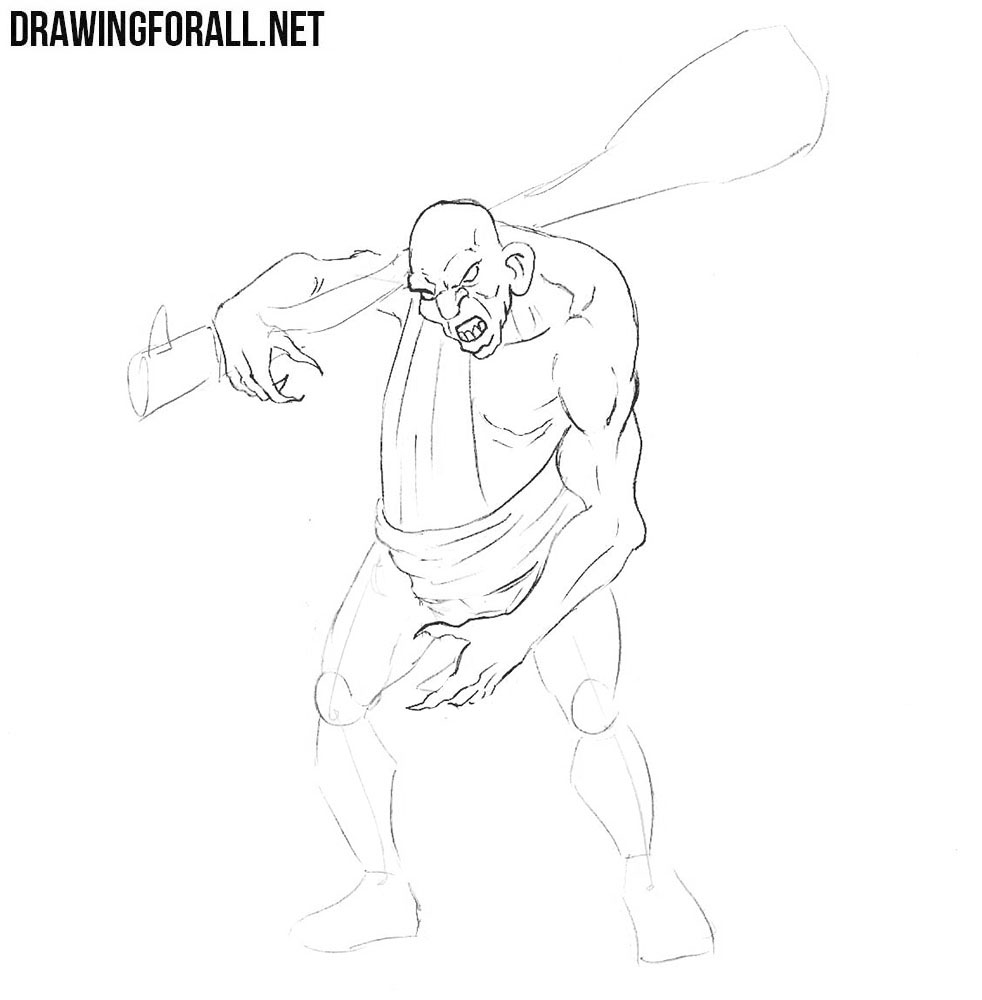 In this step we will need to draw a huge spiked club resting on the shoulders of the monster. In order to draw the outlines of the body of the club, use long wavy lines. Be sure to draw a texture on the surface of the club and long sharp spikes. 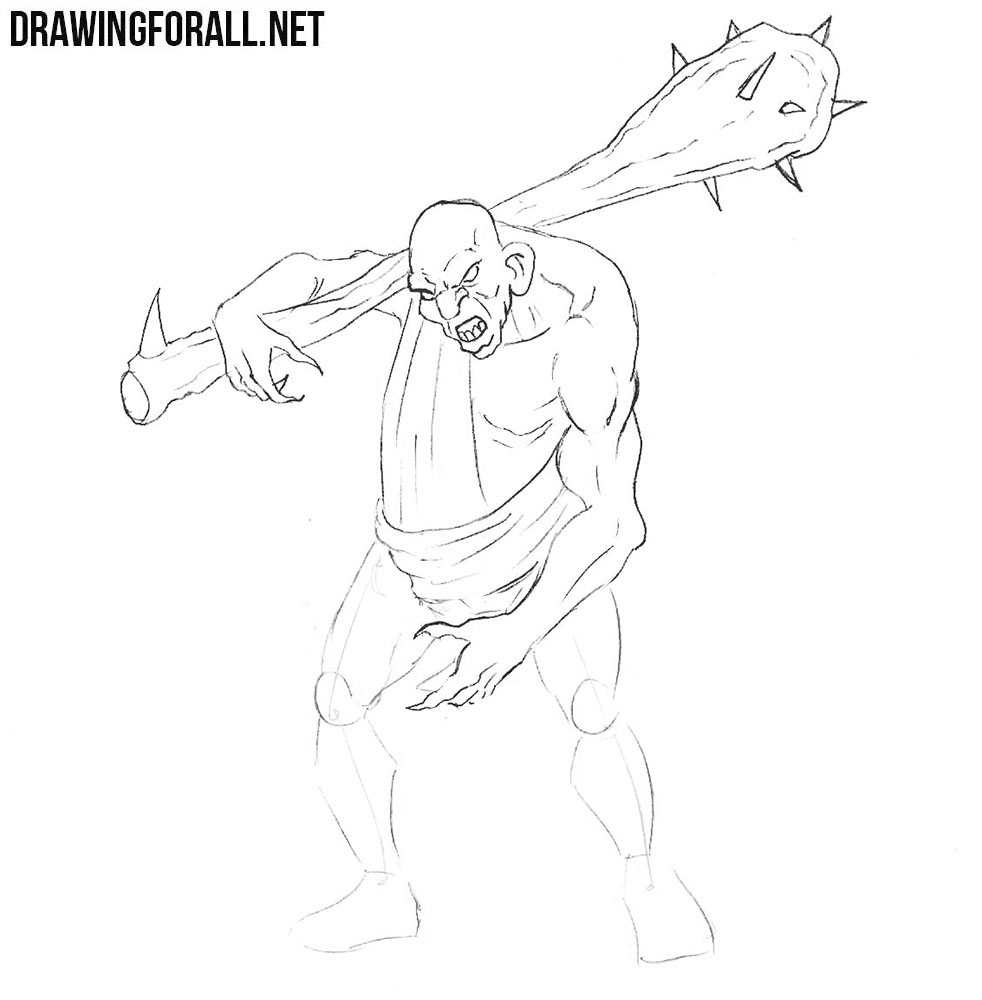 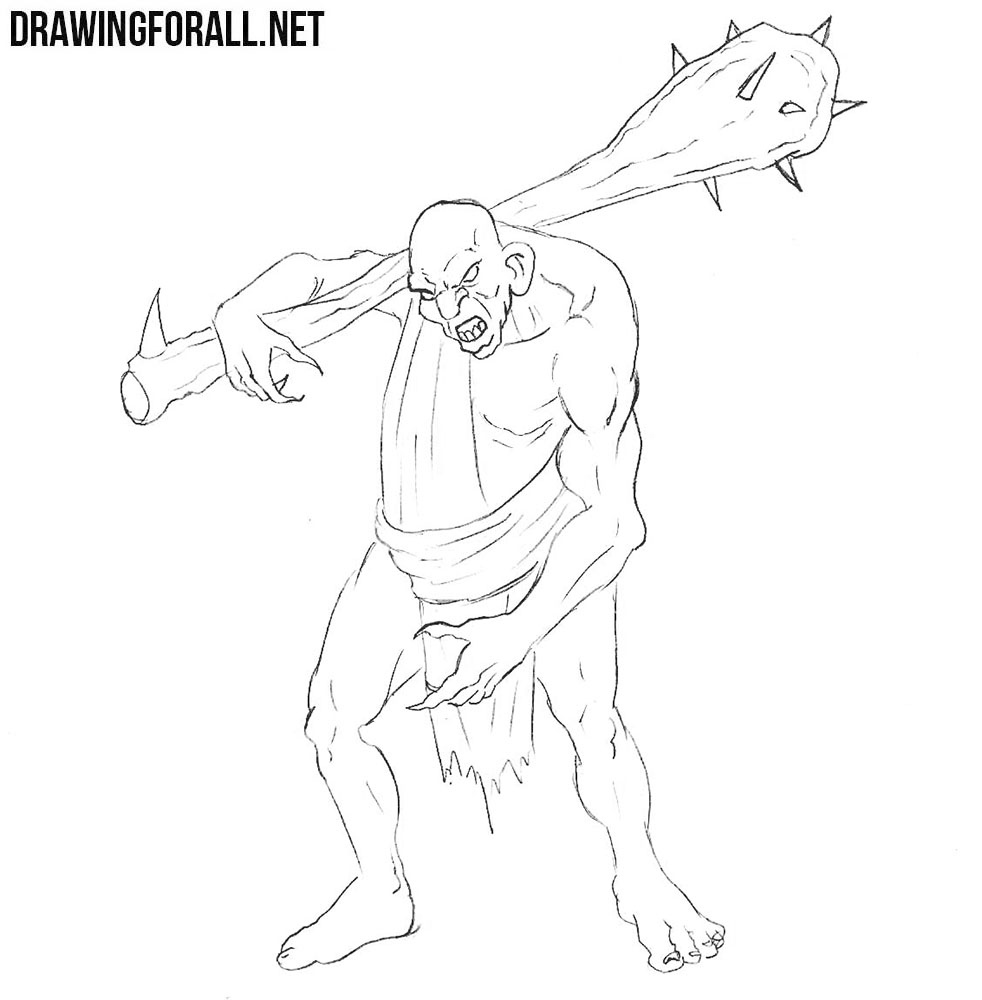 Now let’s draw some shadows, to make our monster more realistic and voluminous. For this we will use hatching. First of all, we will determine the source of the light drop, and then, with this in mind, we will add shadows of different intensity, depending on the intensity of the shadows. For darker shadows use dense shading, for lighter shadows – light hatching.

As we said, today we showed the collective image of a monster. You could see similar monsters in many games of the genre of RPG and books in genre of fantasy. Also this monster is somewhat like an ogre or an orc.