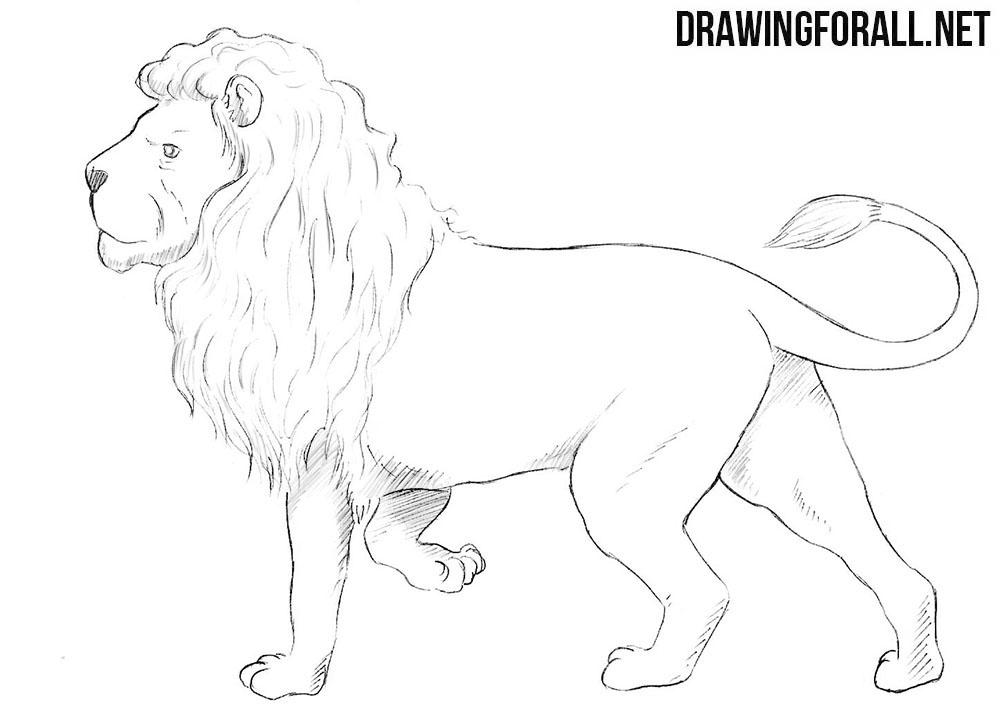 As has been repeatedly stated in previous drawing lessons, the myths and legends of ancient Greece are very diverse and interesting. Many of the characters from these myths are little known, while others are known among the inhabitants of the whole world. And probably the Nemean lion is one of the most famous characters from the myths of ancient Greece. So, let’s get down to this lesson and learn how to draw the Nemean lion.

First of all sketch out a round head and a long spine that goes into the tail. Next, we draw a chest and a pelvis. At the end of the step sketch out the limbs. Do not forget that at the first steps we use very light lines, that is, we try not to press strongly on the pencil. 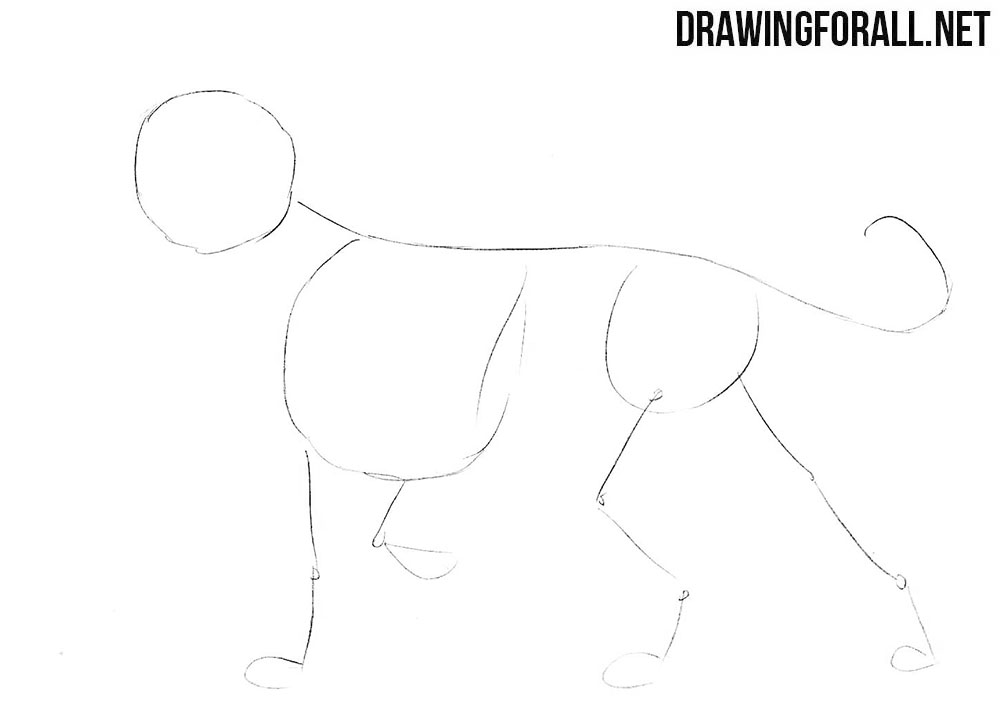 On the head sketch out the muzzle, small eye and ear of our formidable lion. Next, outline the neck and torso of the lion, which narrows in the waist. Next, we sketch out the paws and tail. Note that the front paws should be thinner than the rear paws. 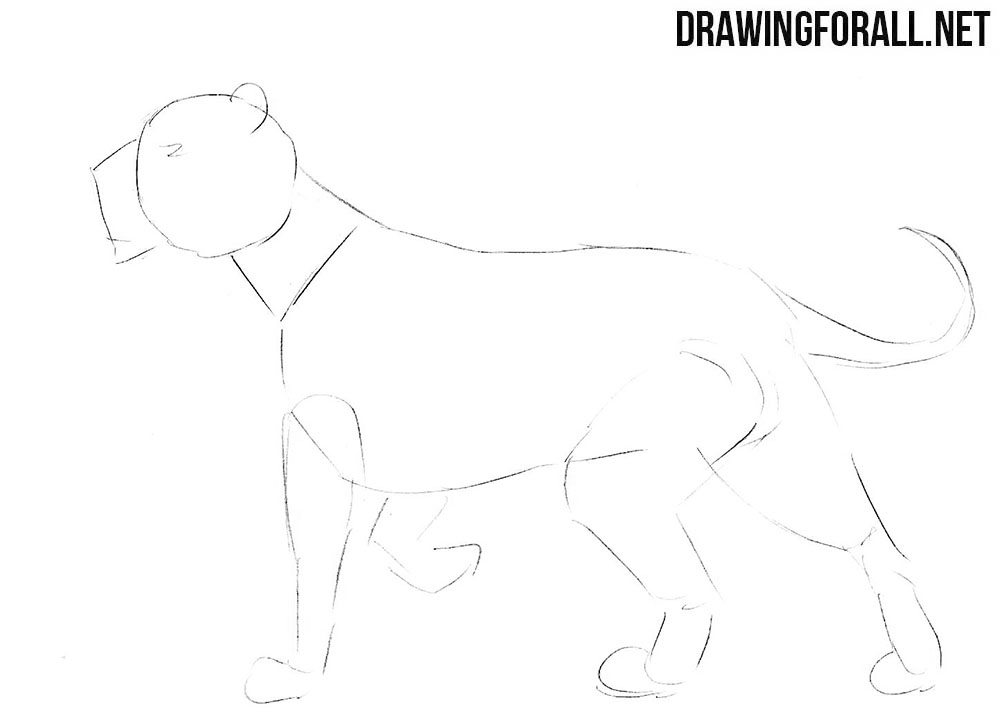 We continue to use light lines. Here we need to add some basic details. First of all, we sketch out a large and magnificent mane and the shape of the nose. At the end of the step, we draw a tuft on the tip of the tail and move to the next step. 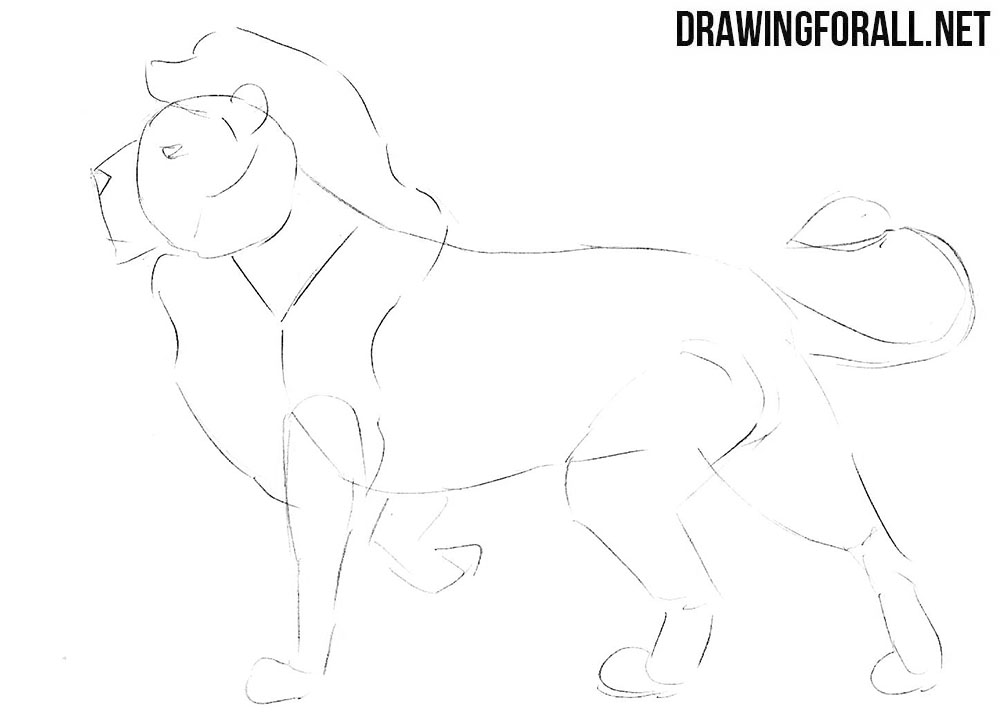 With the help of clear and smooth lines, carefully draw out the outlines of a formidable face. Sketch out some wrinkles and lines of muscles on the face as in our step. And of course we do not forget to remove all unnecessary guidelines from the head. 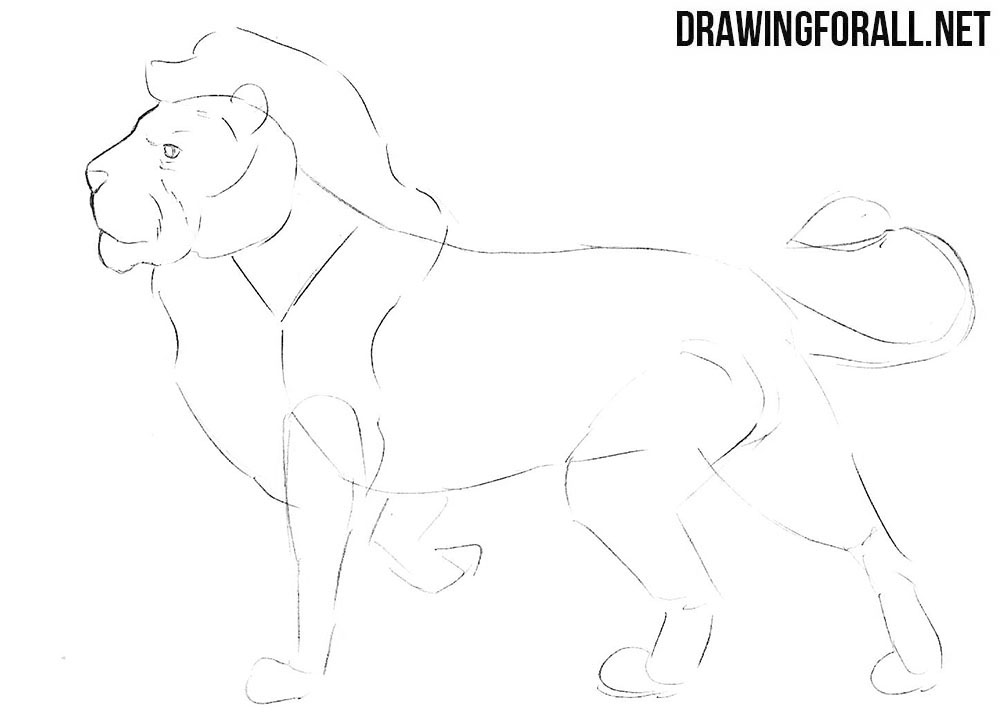 Now let’s move on to the detail on the body of the lion, with which you can distinguish a male from a female – that is the mane. Using long lines, draw the hair on the mane. Note that the mane should turn out to be large and curly. 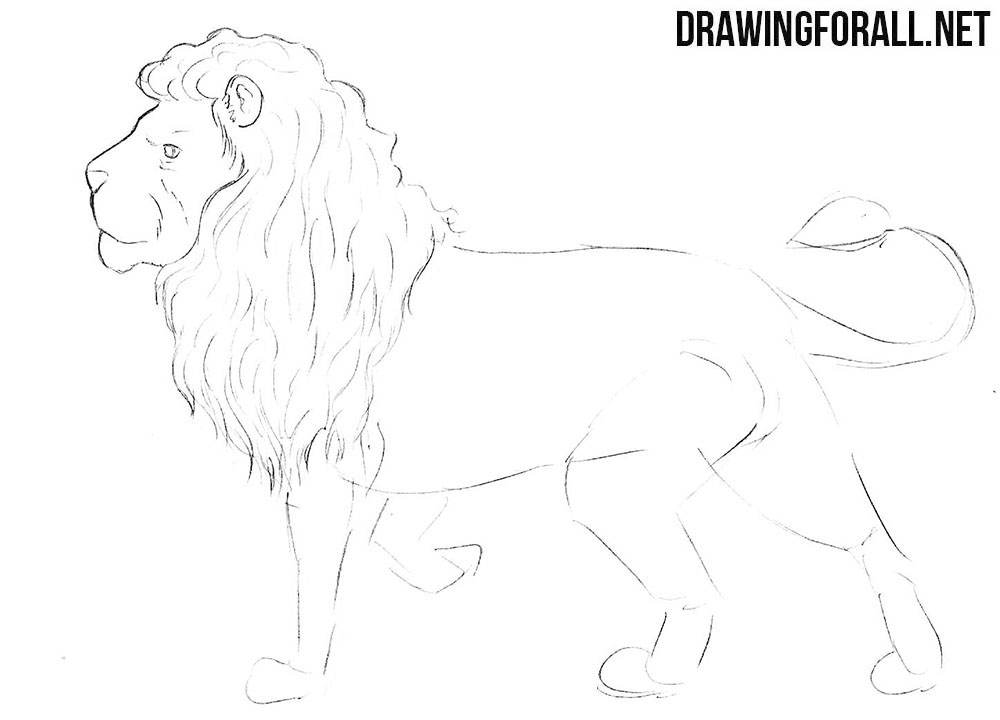 Let’s now move on to the torso of our Nemean lion. With the help of clear and smooth lines draw out large and rounded paws and the front part of the torso. Note that the lion’s paws should be rounded like the paws of any other cat. 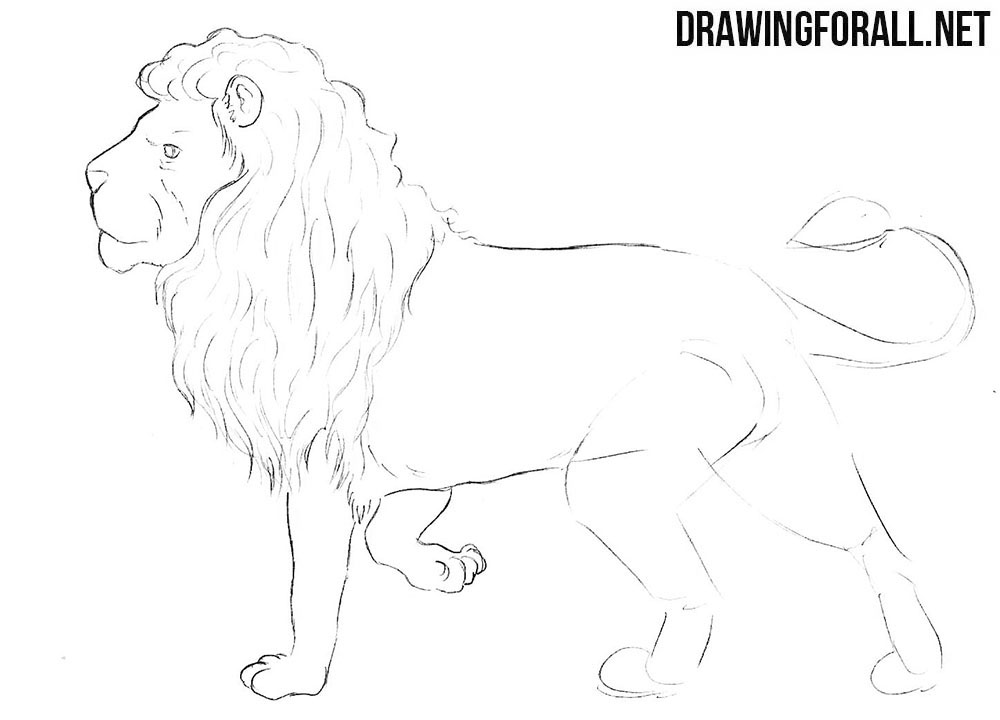 Now let’s move to the back of the body of the Nemean lion. Continuing the lines from the previous step, we finish drawing the torso. Next, we draw the hind legs, which, as already mentioned, should be noticeably larger than the forelegs. In the same step, draw a thick tail and remove all unnecessary guidelines. 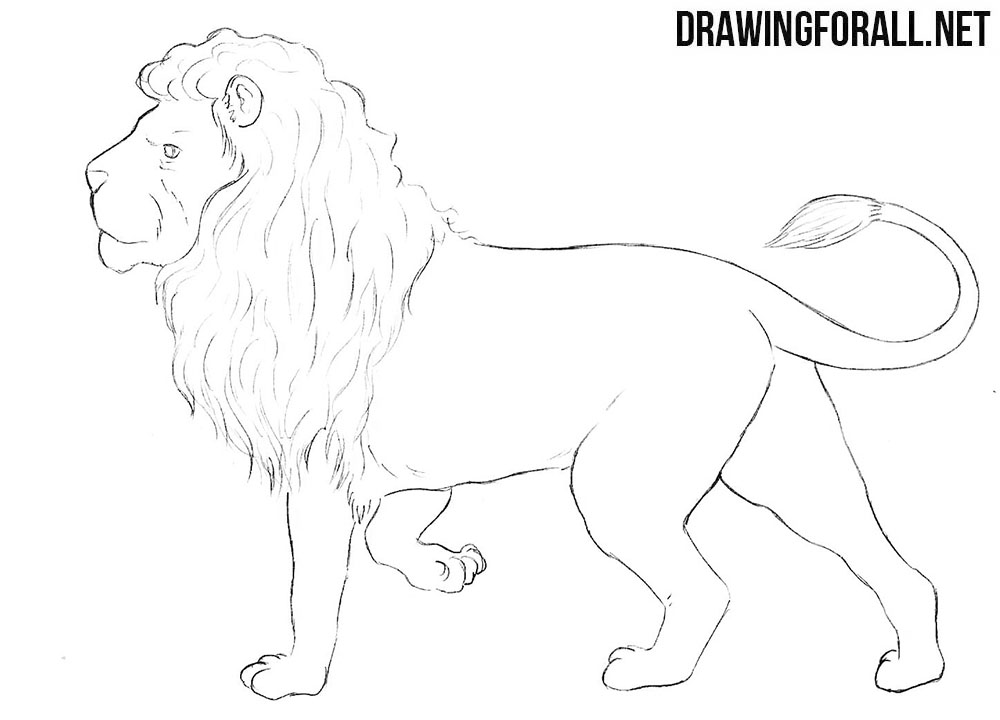 As you can see, the Nemean lion looks almost like a normal lion, so you can use tips and advices from this tutorial to draw any other lion. Your opinion is very important to us, so write to us what you think about our site and this lesson in the comments to this article or on our social networks.