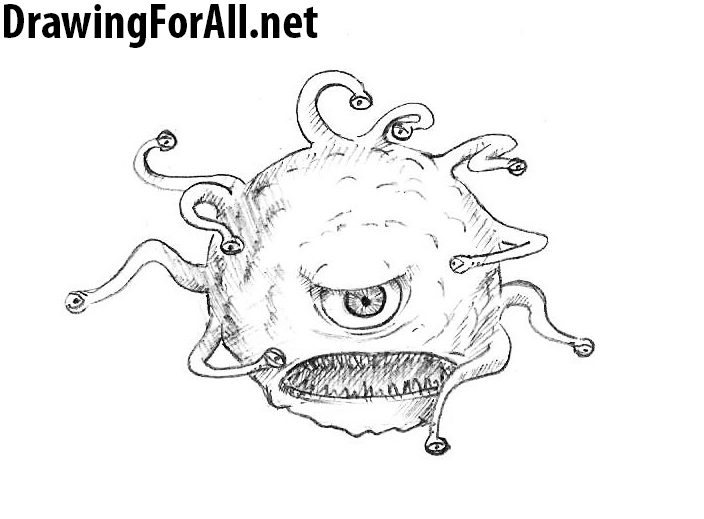 Hello dear readers and adventurers! Today we have prepared for you a lesson on how to draw the beholder. Behilders – are fictional creatures from the role-playing game Dungeons & Dragons (D&D) of the Forgotten Realms and Greyhawk universes; They were later transferred to a number of other fantasy universes. As you can see it is one of the most unique races in D&D.

Actually the Beholder consists of a head. So sketch out a circle as a guide for the only part of the body. 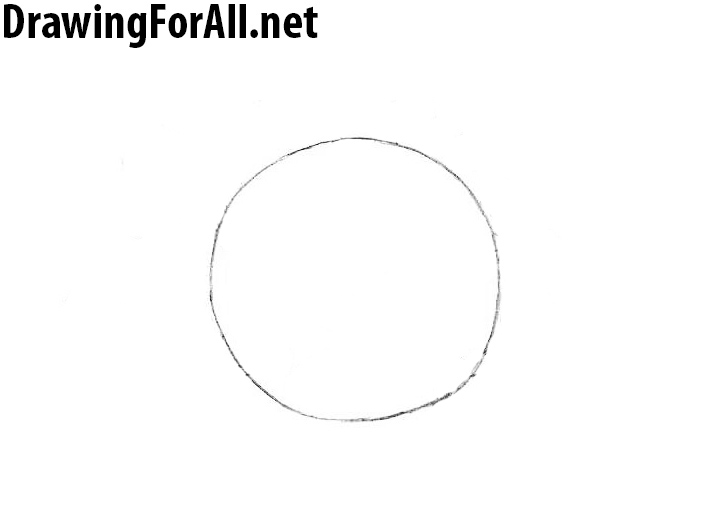 Sketch out the frown eye with pupil and big angry mouth. 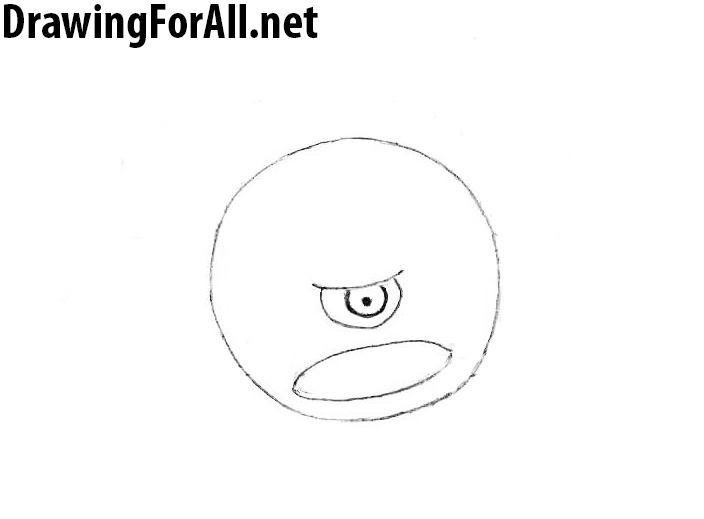 Sketch out a number of eyes that look like snakes growing directly on the head of the Beholder. 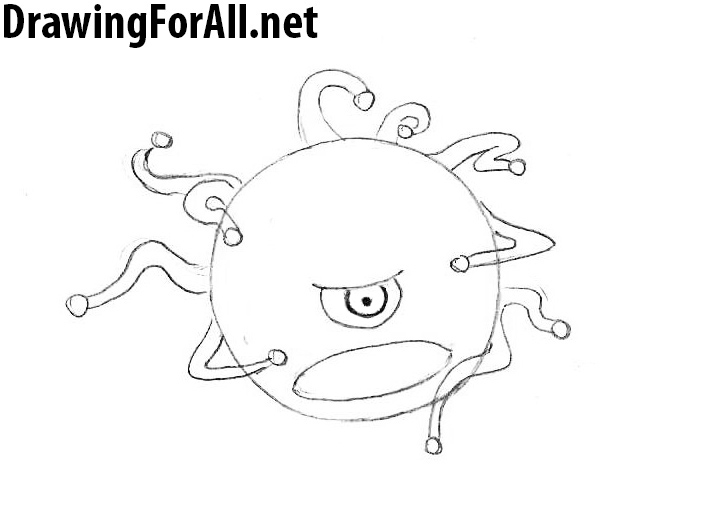 Draw out the eyes and mouth in details, add texture inside the pupil. Add some shadows and wrinkles. 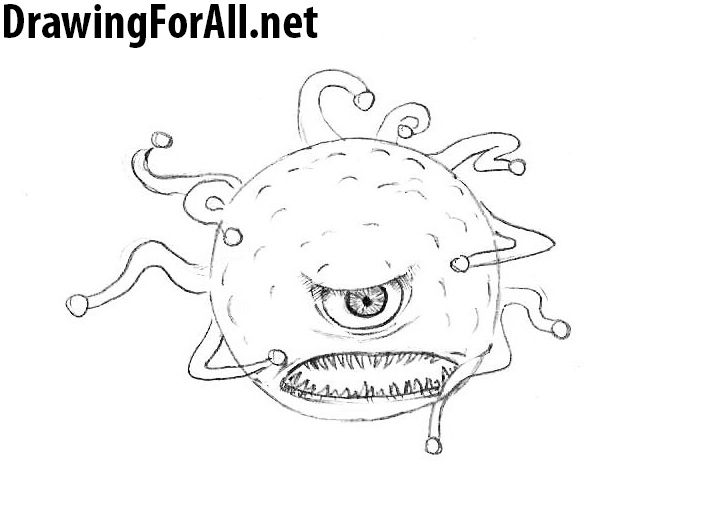 Draw out the stems of the eyes. Add pupils that are looking in different directions Inside of all small eyes. 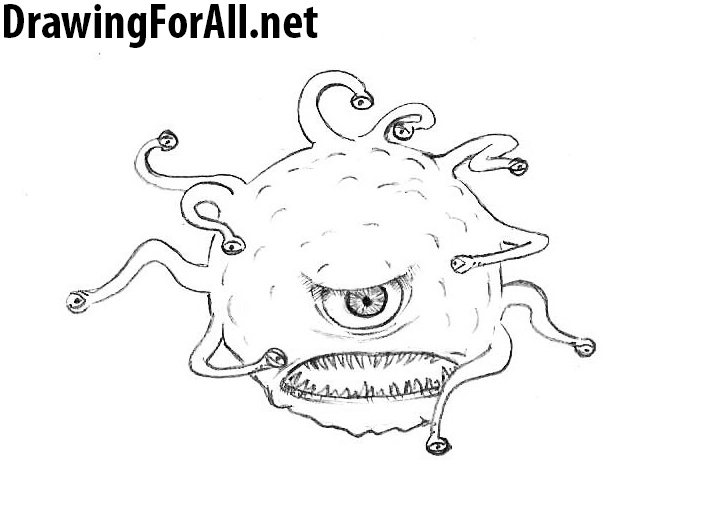 Add shadows using simple hatching as in out example.

Tutorial on how to draw the Beholder is over. We would like to note that this monster is one of the most terrible and unusual in role-playing games. Great Gary Gygax did a great job creating such a terrible monster, that was dangerous for both wizards and fighters. We hope you liked this lesson. If you have ideas about new drawing tutorials feel free to write it in the comments section below.