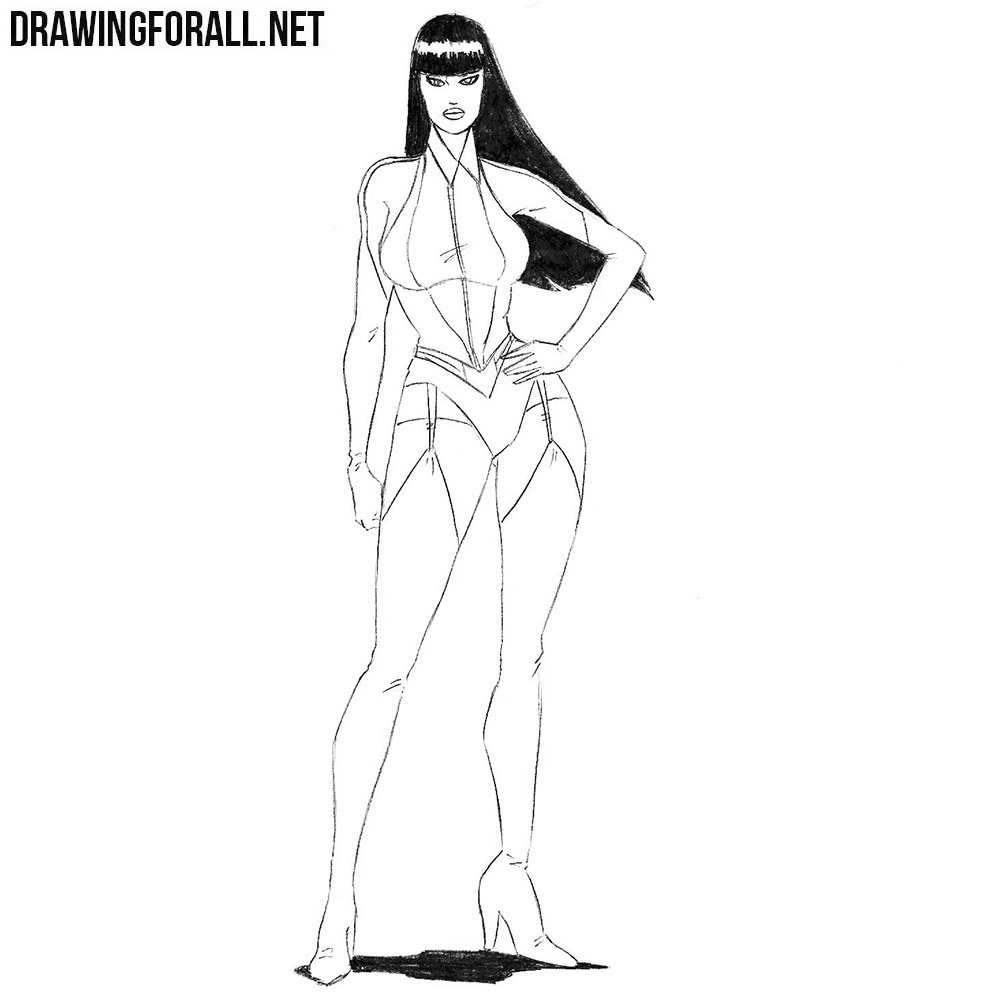 Hello! We continue the theme of drawing heroes from the comic book “Watchmen”. Today we will draw Silk Spectre.

Let’s roughly draw the figure of a girl. We specially made a very noticeable difference in the width of the shoulders and the width of the pelvis. Only a female figure has this peculiarity. 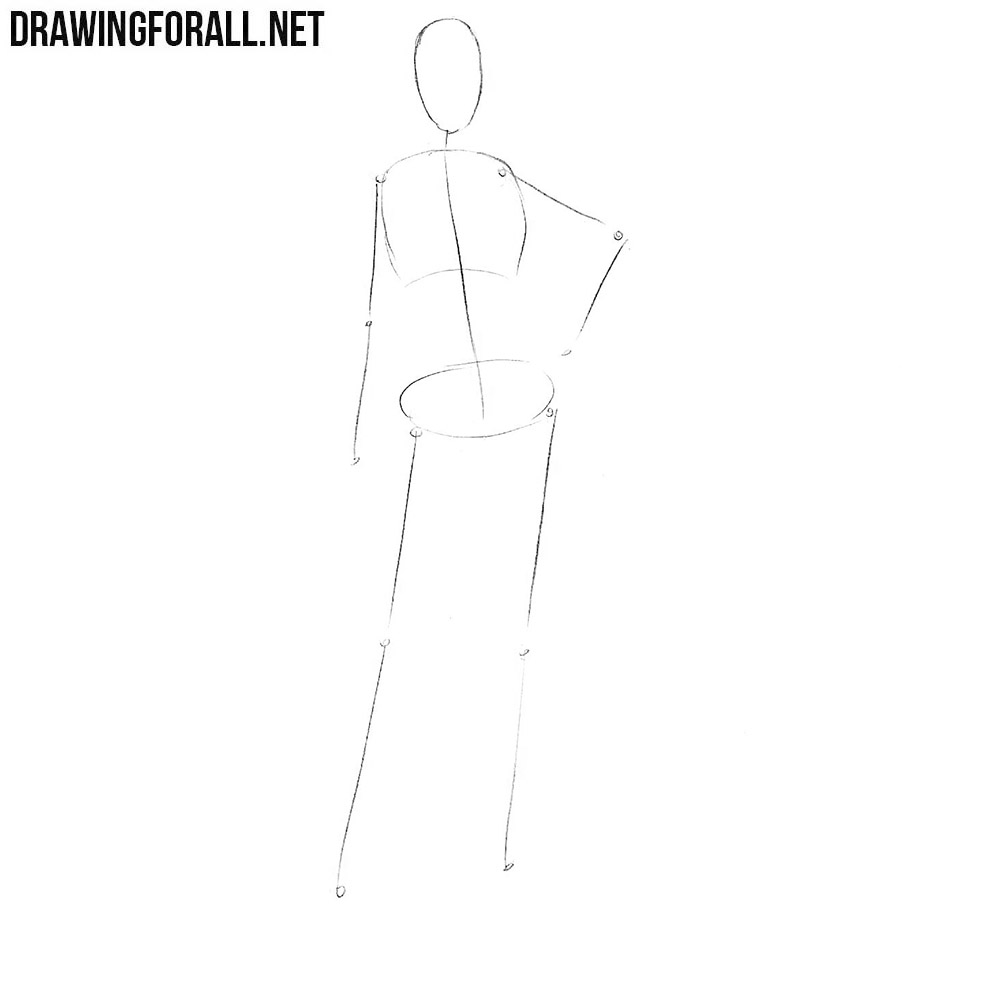 So Let’s add some volume to Silk Spectre. And a very important thing: female torso has an hourglass form. The similarity with the hourglass is formed by expanding the breast and pelvis and a sharp narrowing in the waist area.

Arms look like rounded cylinders. As you can see, thiis cylinders can be conditionally separated into three parts: the shoulder with upper arm, forearm and hand, from top to bottom, respectively.

Hips of Silk Spectre should be significantly more voluminous than her shoulders. When drawing the legs notice the thickening in the hip area, curve of the calf muscles and feet. 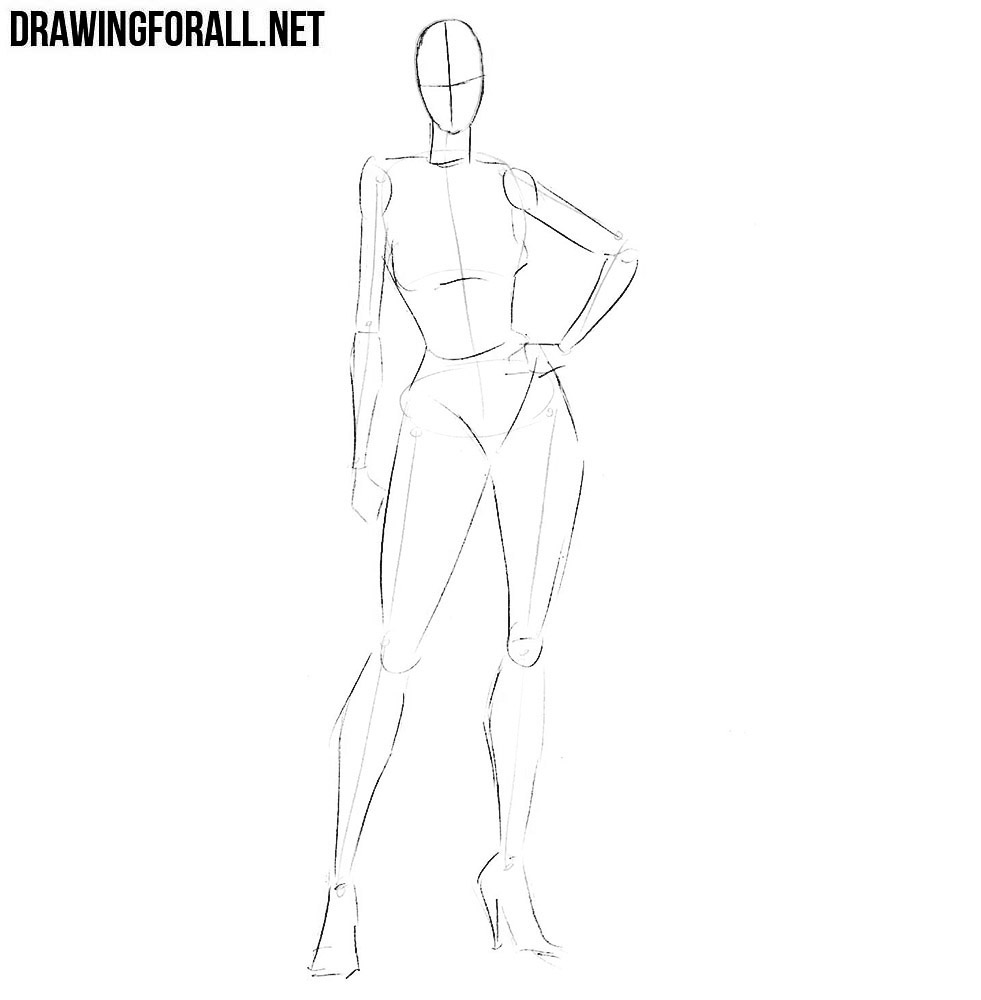 Let’s outline the outlines of clothes and hairstyles. I must say that the appearance of Silk Spectre is very stereotypic. You probably know a lot of female characters from comics/videogames who have about the same appearance and similar costume (Catwoman from DC, Psylocke from Marvel, Princess Kitana from Mortal Kombat and many others). 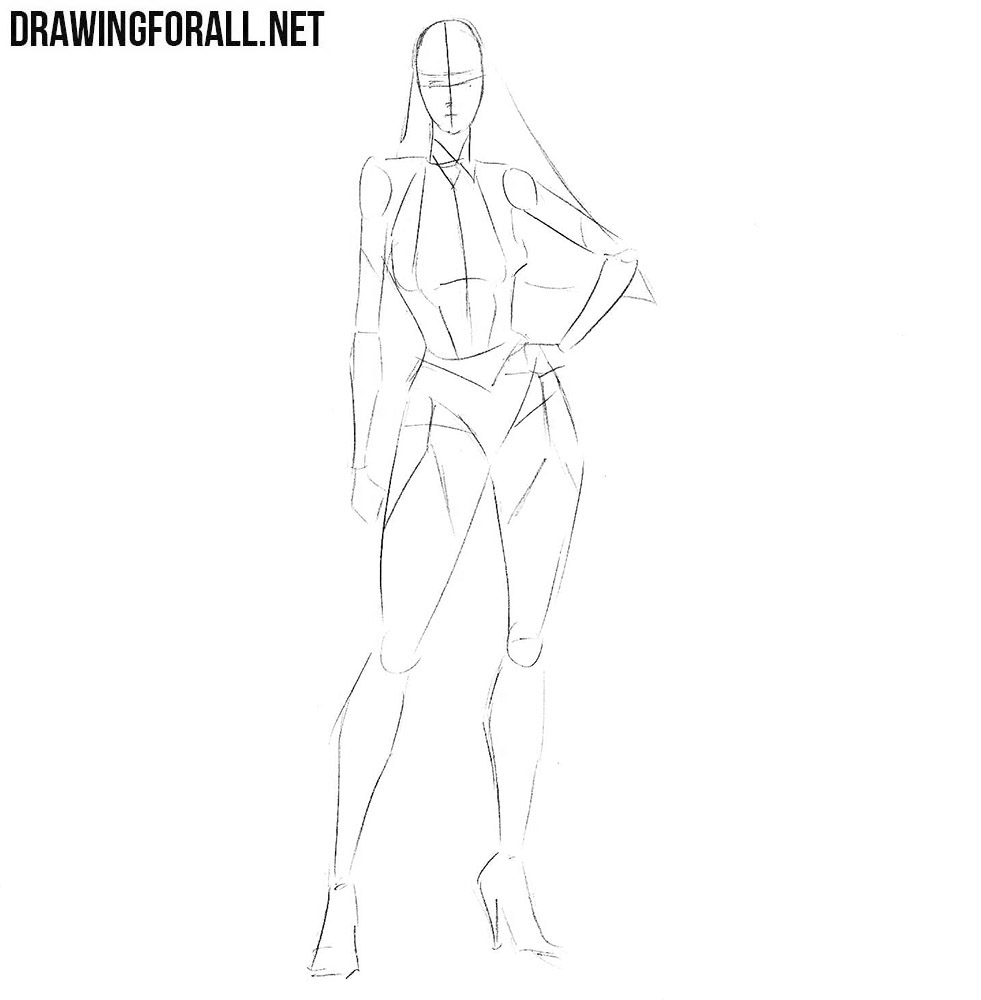 We are waiting for a very simple step. Let’s draw the eyes, nose and lips. After that, you need to erase superfluous directing lines from the face and hairdresses. 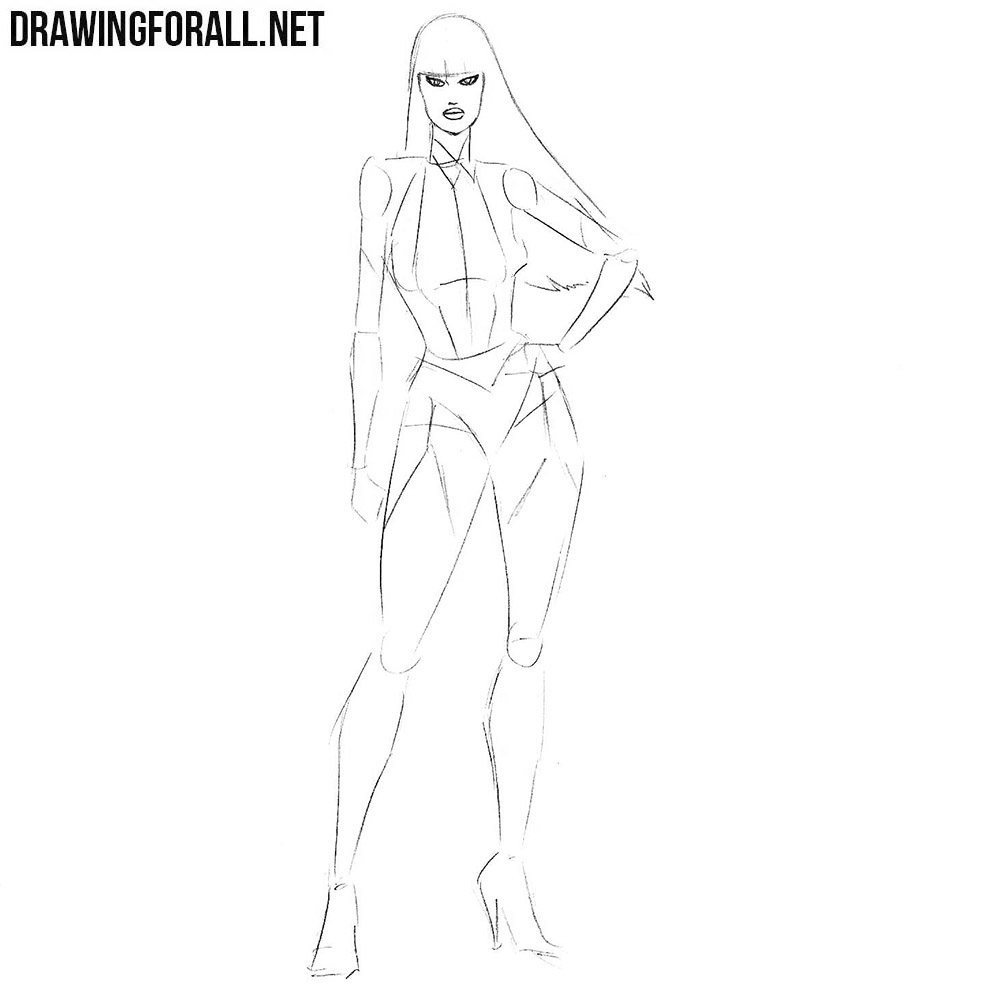 Let’s draw the upper part of the body. It looks like an inverted heart sign. Also do not forget to draw a collar and belt. 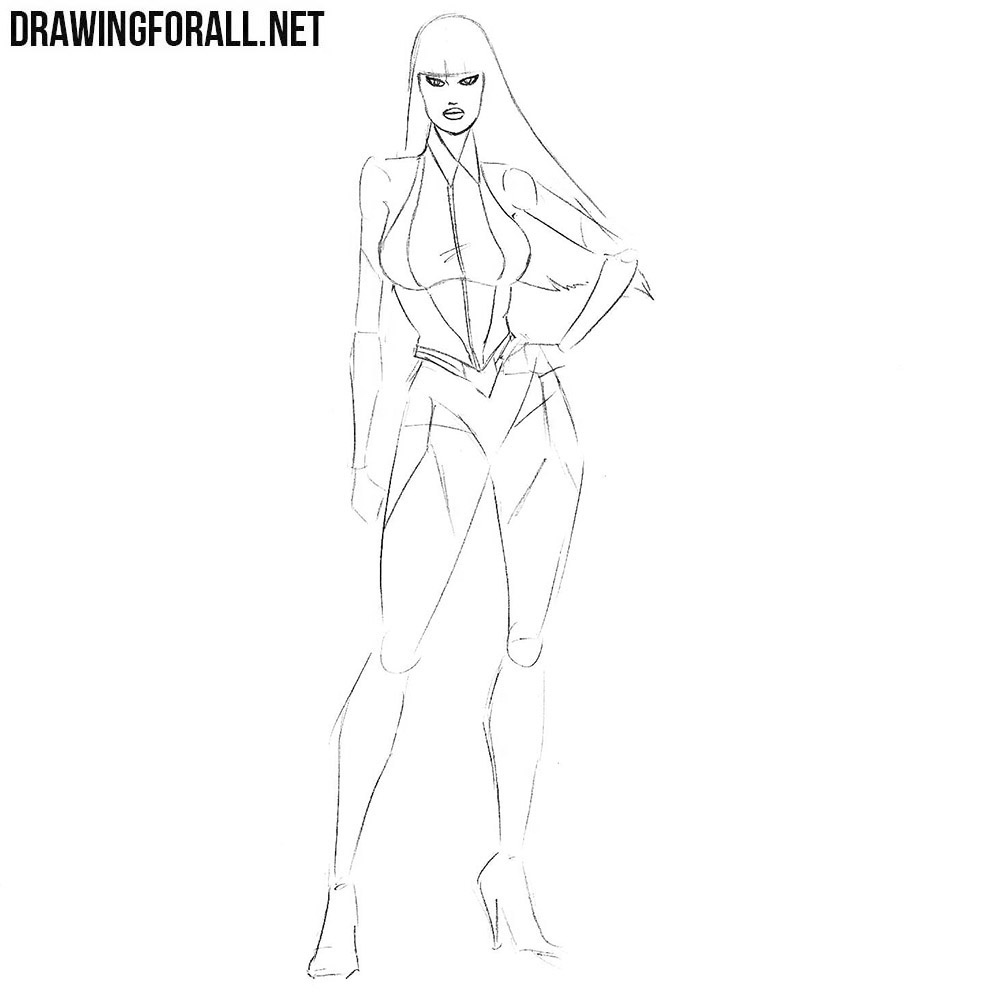 In this step we will draw arms in detail. 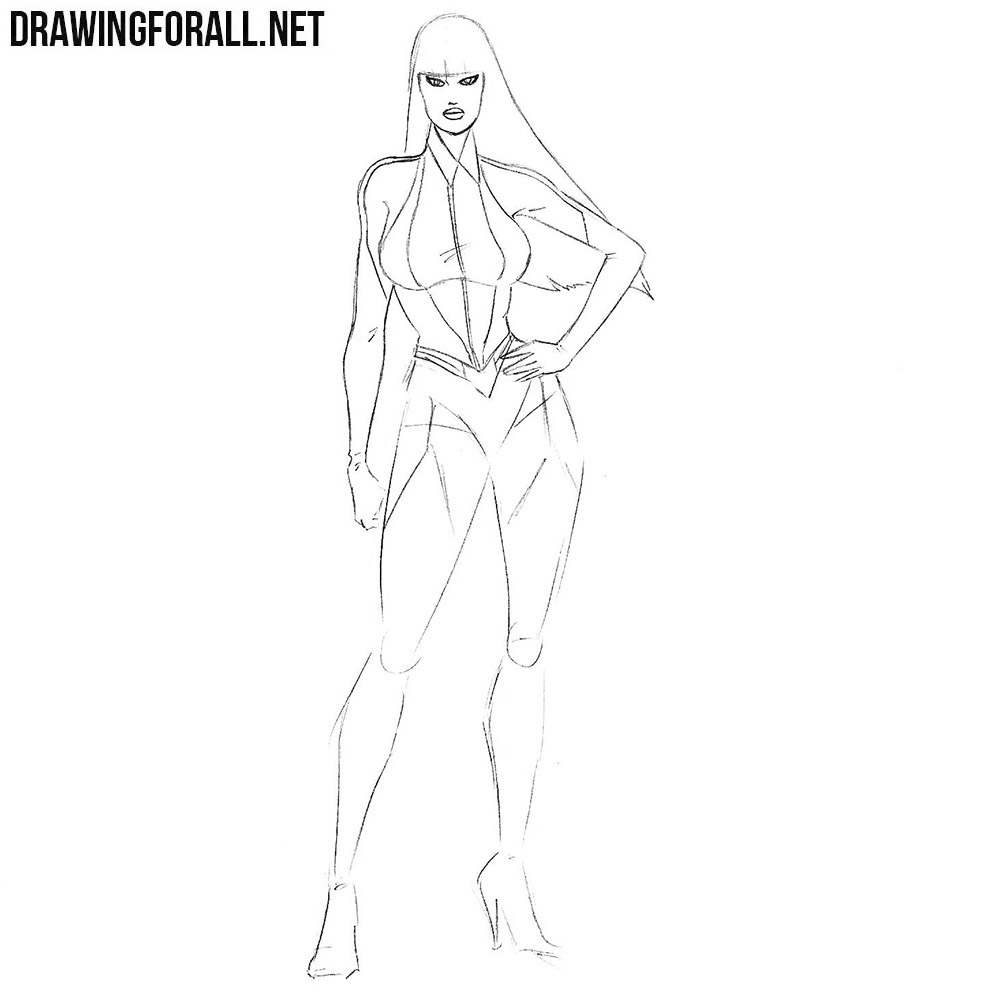 Now draw the details of the pelvic region and legs. 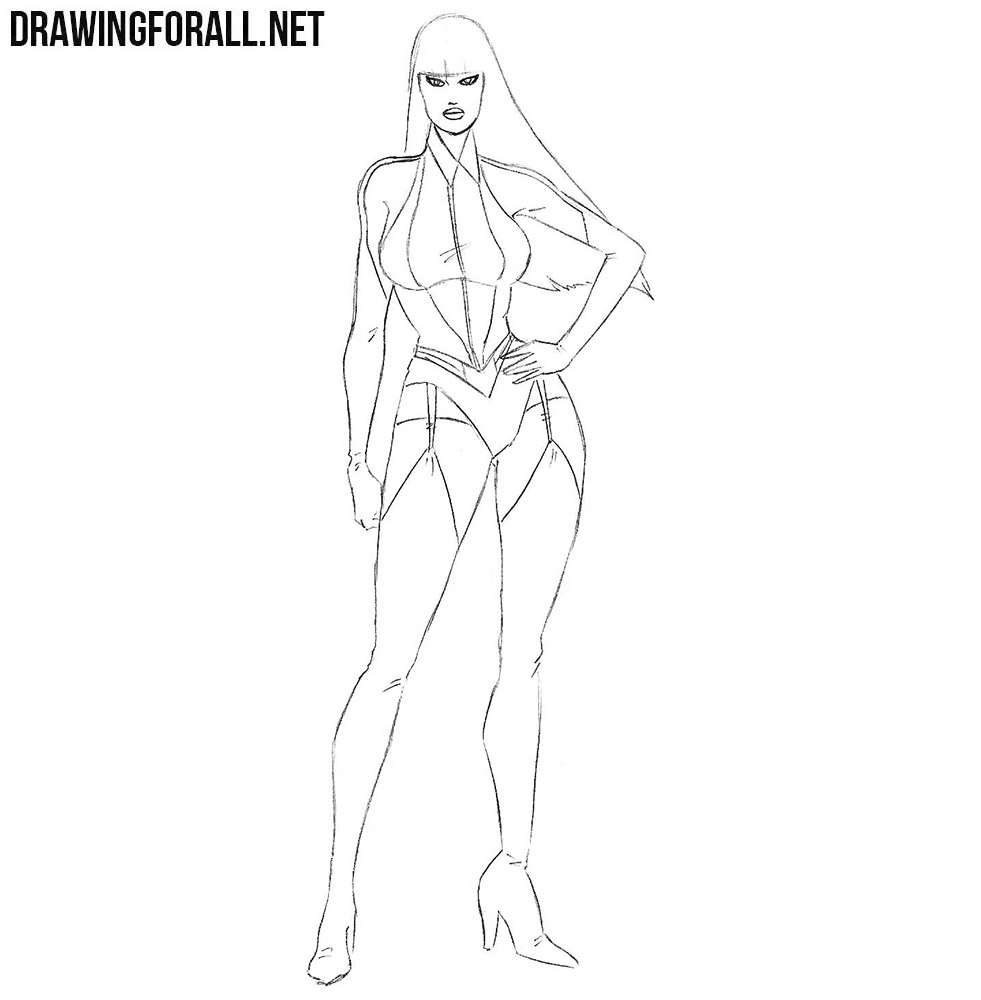 This tutorial in which we told how to draw Silk Spectre is practically over. In this last step we will darken the hair. As an option you can draw a shadow on the ground. This will make your final resault more realistic.

We hope you enjoyed this drawing tutorial.Do not forget to visit our site for new drawing lessons. In the coming days we will be making articles about comic book heroes. All see you soon!