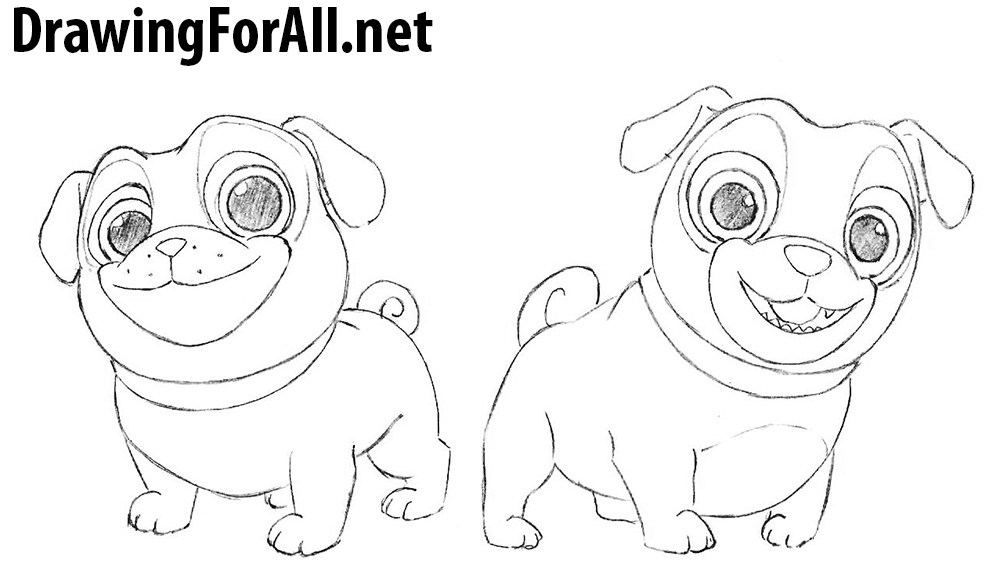 First we start with the general shapes of the puppies. Sketch out the heads in the shape of circles and bodies in shape of curved ovals. 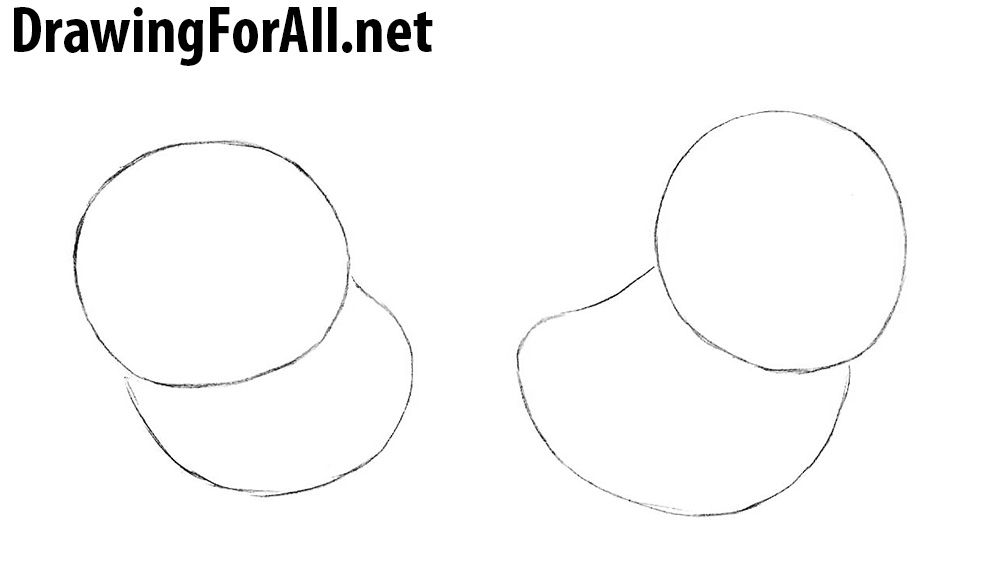 Sketch out the ears and eyebrows at the top of the heads of our Puppy Dog Pals. Below the eyebrows draw the eyes in the shape of ovals. Sketch out the mouths and noses. 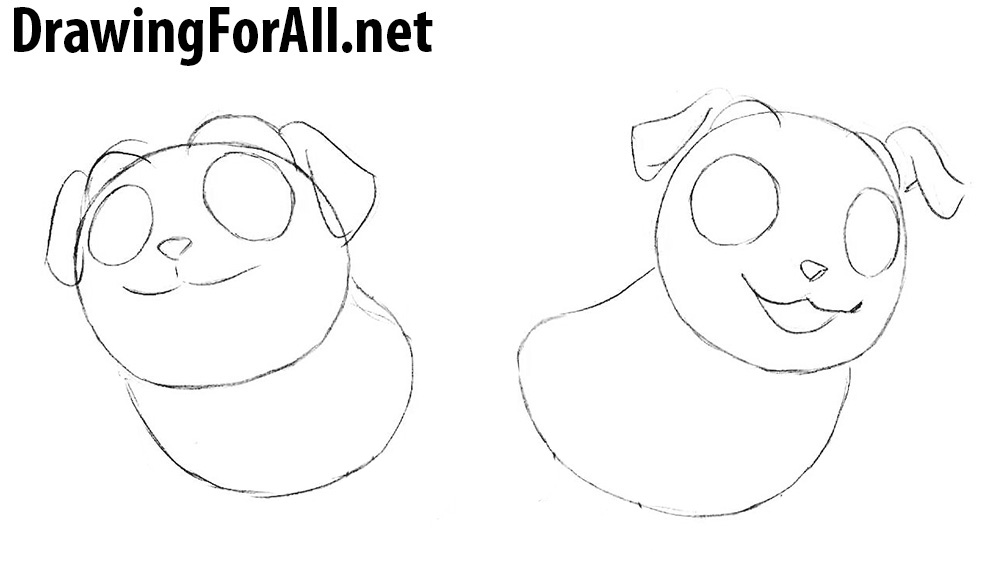 Sketch out the legs and tails of our Puppy Dog Pals. By the way, this is not the only lesson about the cartoon dogs, we also have a lesson on How to Draw Max from The Secret Life of Pets. 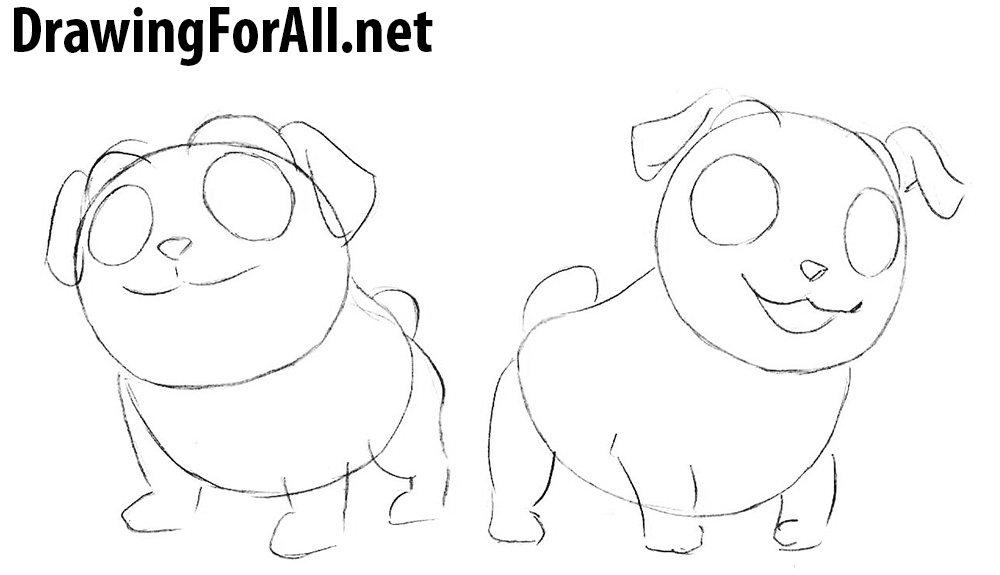 Erase the unnecessary guides from the heads. Draw out the outlines of the heads and facial features as in our example. 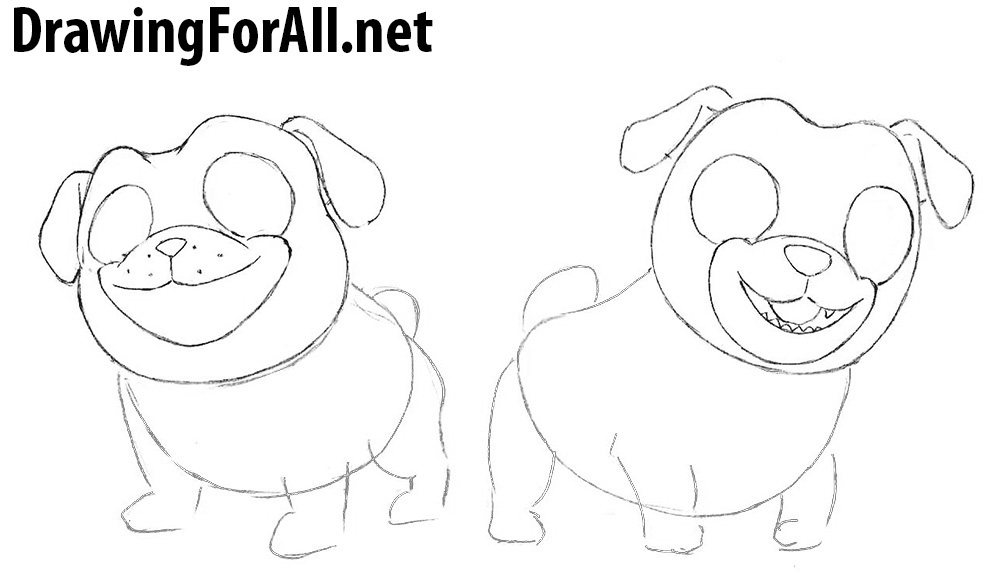 Draw out the eyes. Draw the pupils inside the eyes and paint them, leaving circle glares. 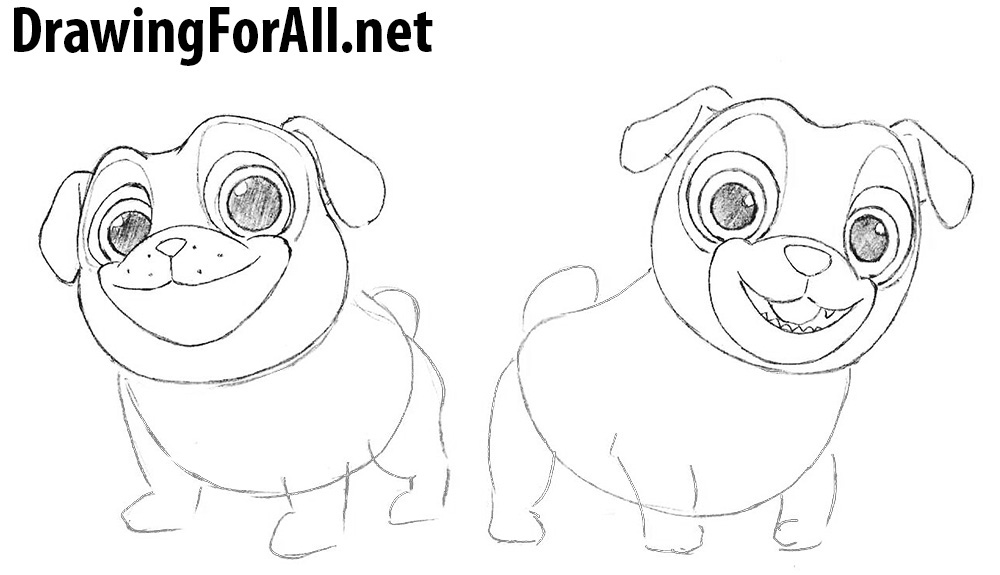 Erase the remaining guides from the bodies. Draw out the torsos, legs and tails of Bingo and Rolly.

Drawing lesson on how to draw Bingo and Rolly from Puppy Dog Pals is over. On Pinterest and facebook and we have a page on which you can learn all about the new drawing lessons, not forget to subscribe, to be aware of all the updates. Also share this drawing lesson. If you have any suggestions and wishes – be sure to write about it in the comments section below this article.