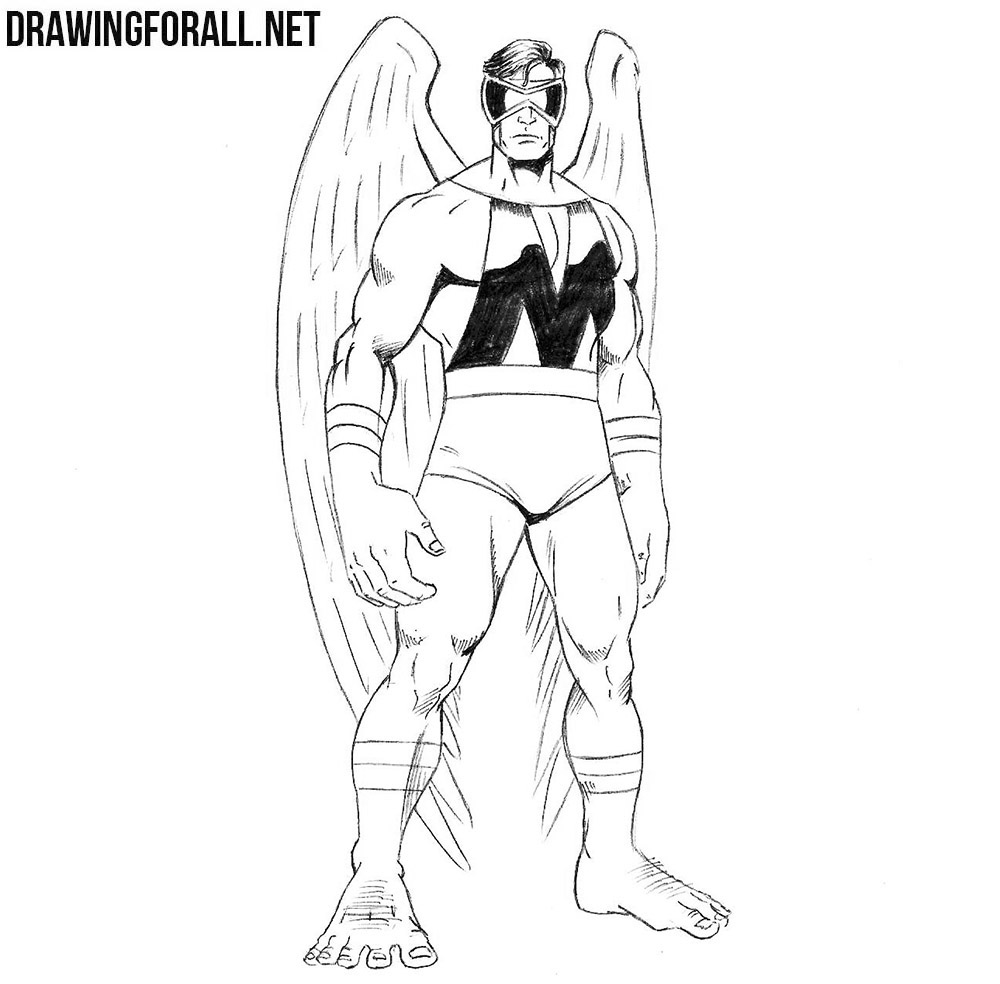 Marvel Comics for its entire history has created hundreds and thousands of different heroes and villains. Among them there are such mega-known as Spider-Man and Wolverine, and less well-known, such as Mimic. And today we want to show how to draw Mimic from Marvel. 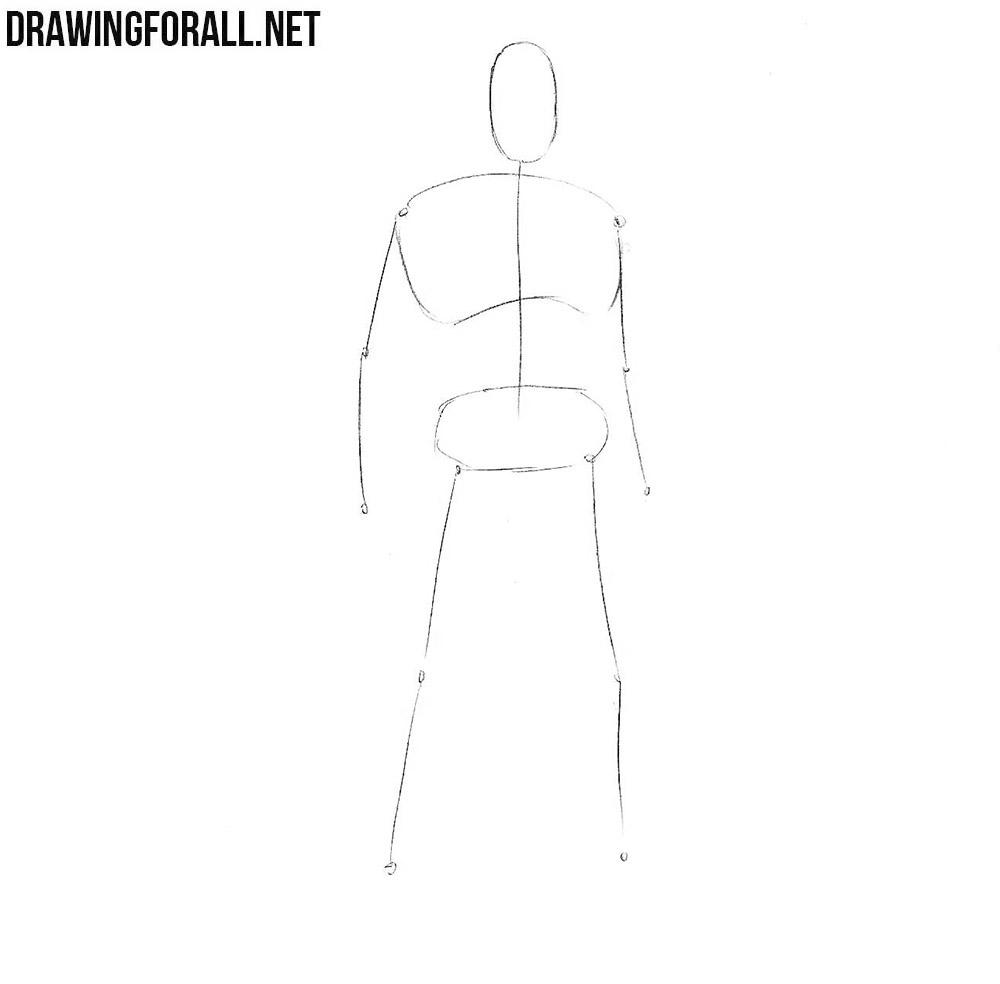 Now we draw intersecting lines on the head, with the help of which the details of the face will be drawn. Next, add the volume to the body of Mimic with simple geometric shapes. First draw the neck and torso that goes into the pelvis. Next, arms and legs in the form of simple geometric shapes. At the end of the step, we draw wings behind our hero’s back. 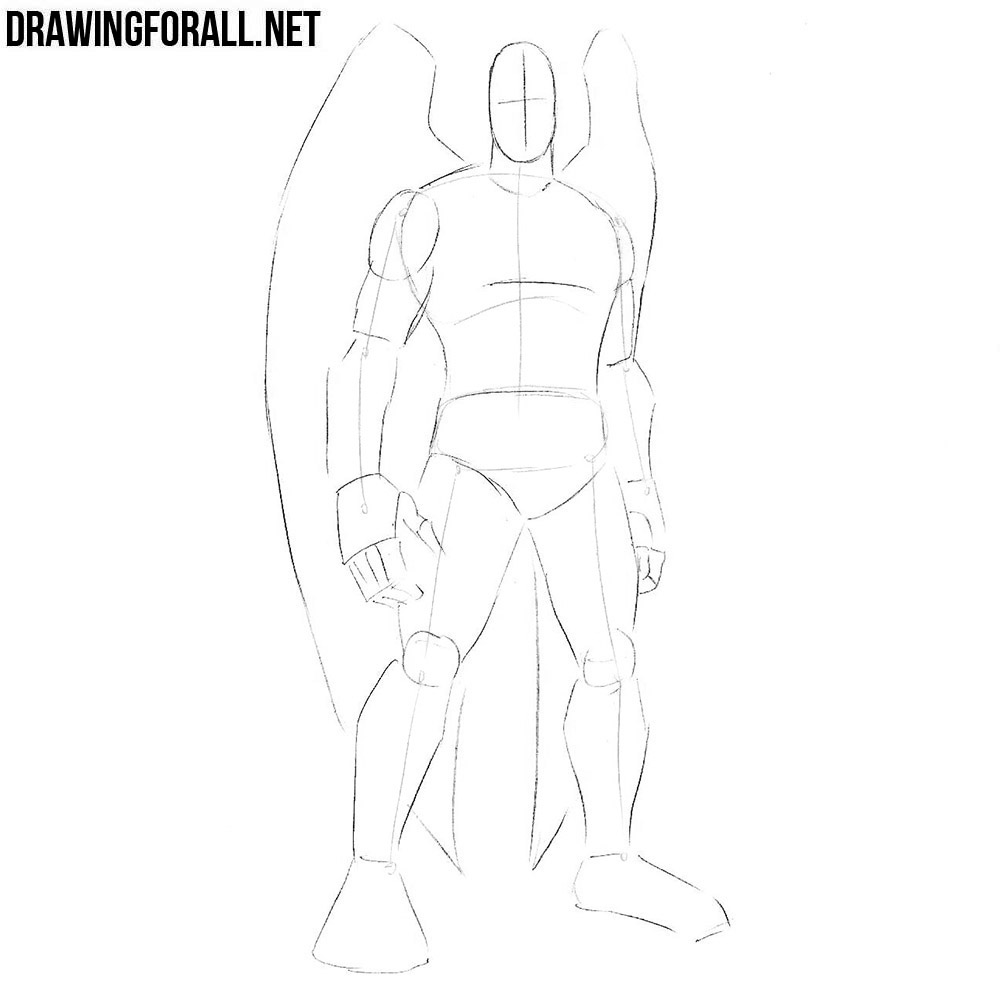 Carefully draw out angular glasses and at the top of the head. Next draw the nose and mouth. At the end of the step, draw out the outlines of the face and remove all unnecessary guidelines from the head of our character. 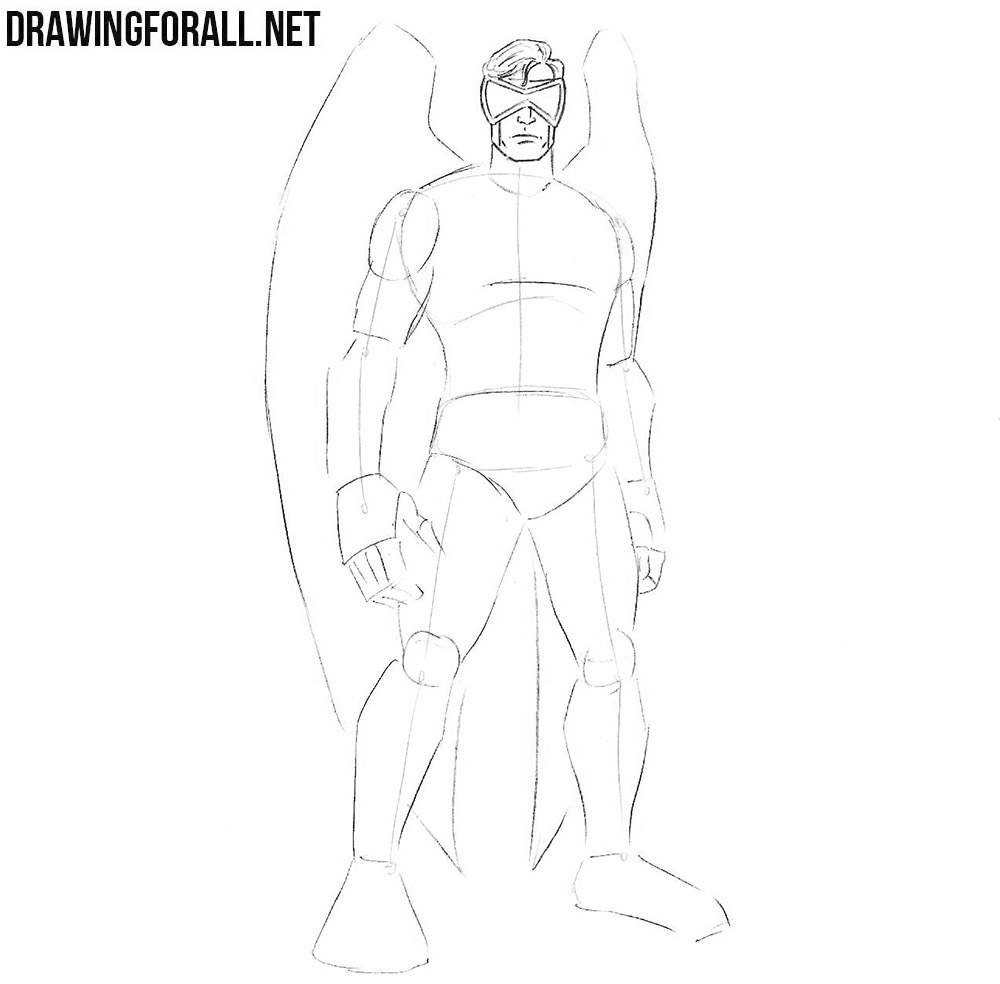 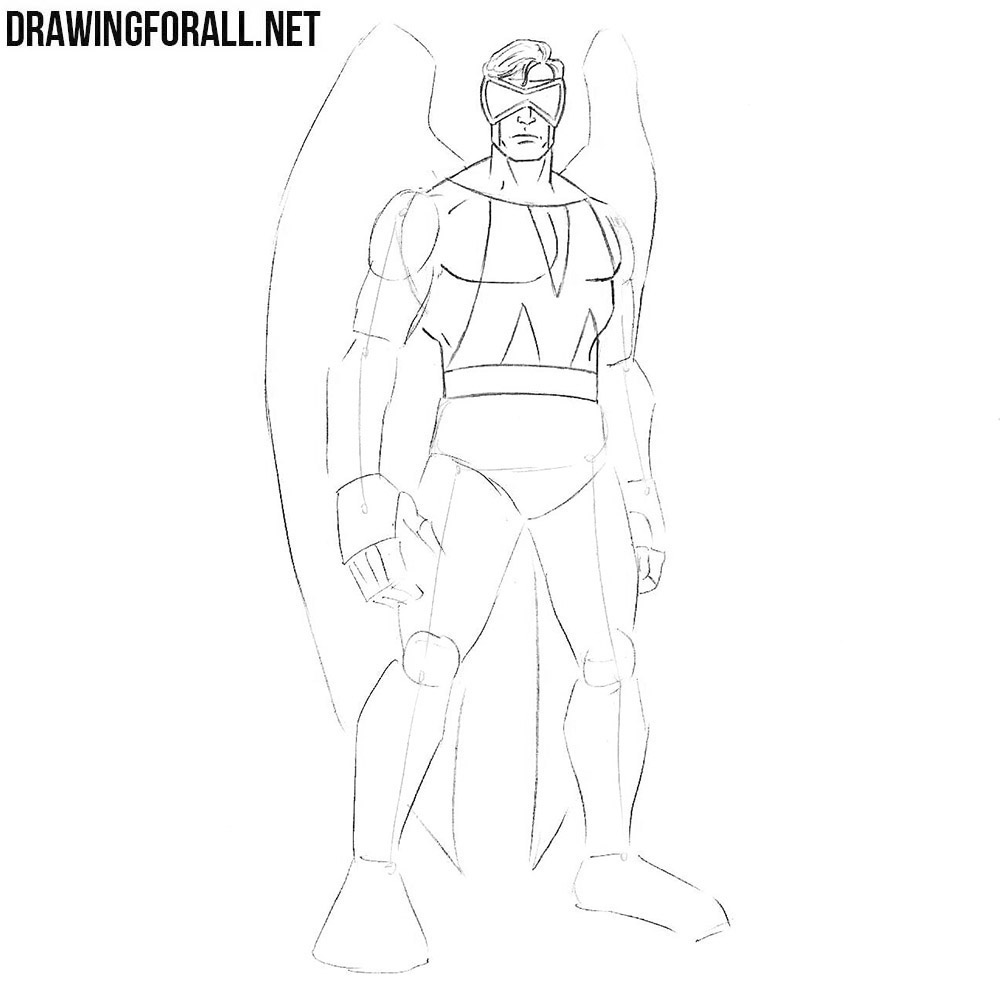 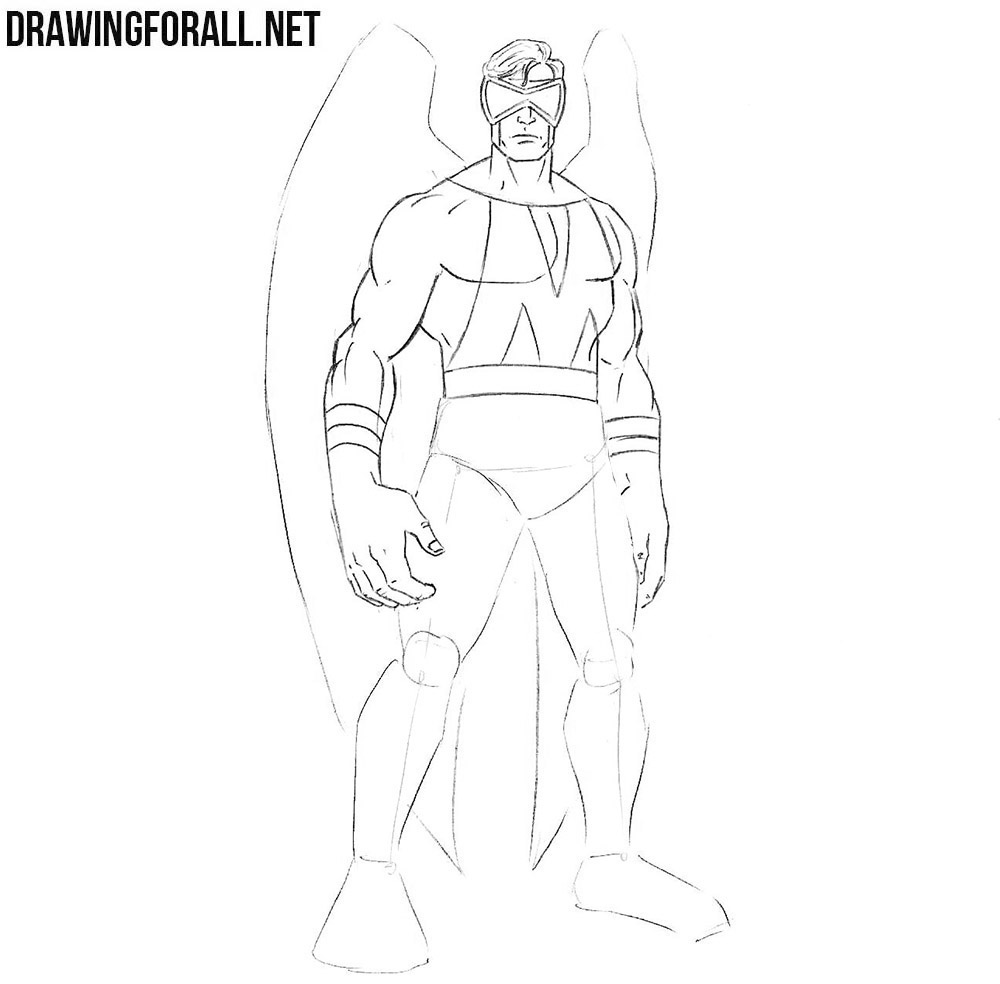 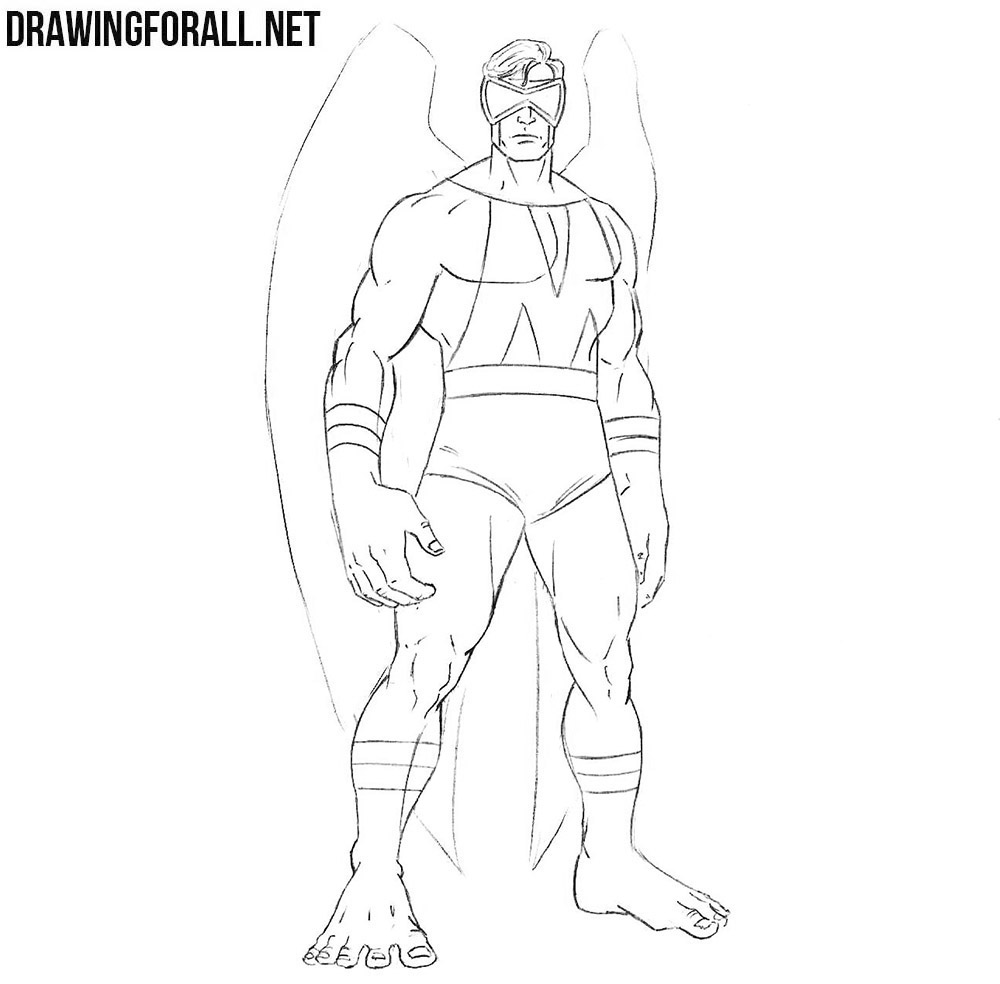 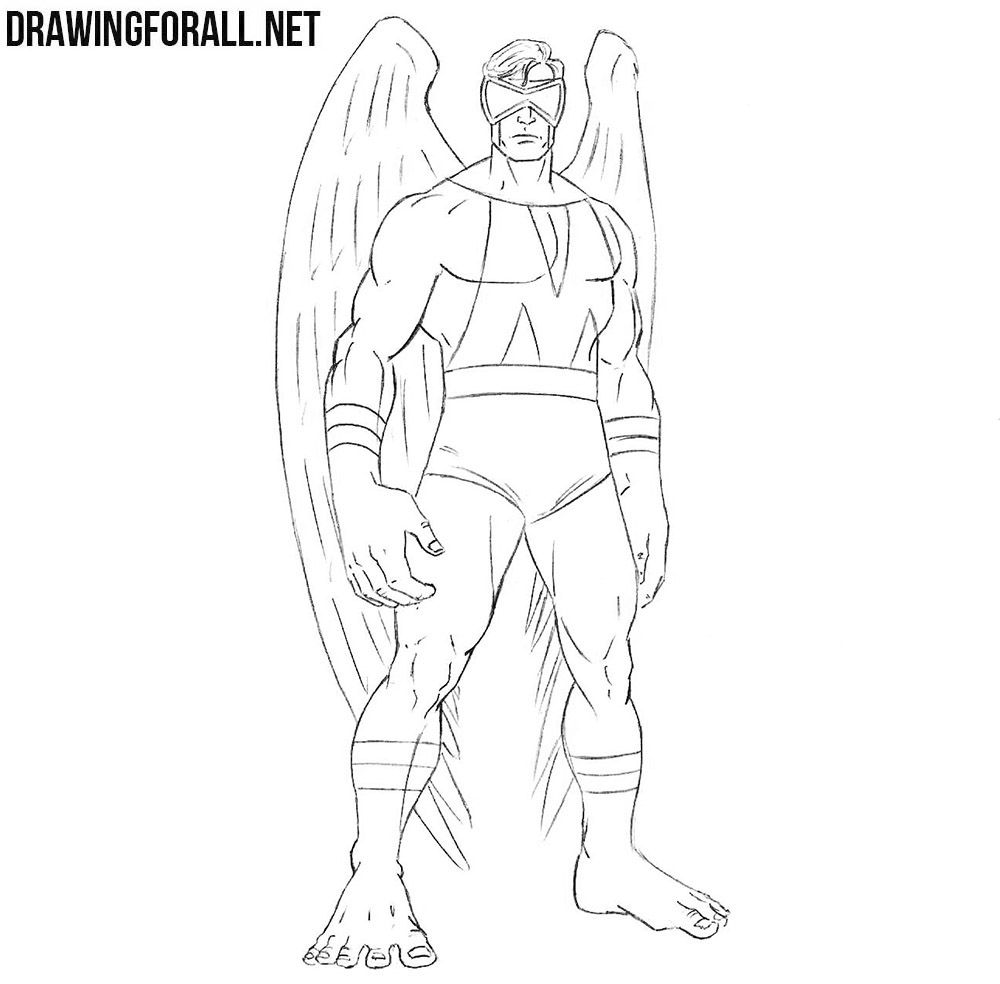 In this step (according to tradition) we will draw shadows. Draw the outlines of the shadows and then paint them in solid black. In order to make transitions between shadow and light, use a simple dense hatching.

Mimic is not a very popular character (at least compared to such characters as Cyclops or Hulk), but many of our readers often asked us to show how to draw him. If you want to see any new characters on the pages of our site, then write us about it in the comments to this article or in our pages in social networks.