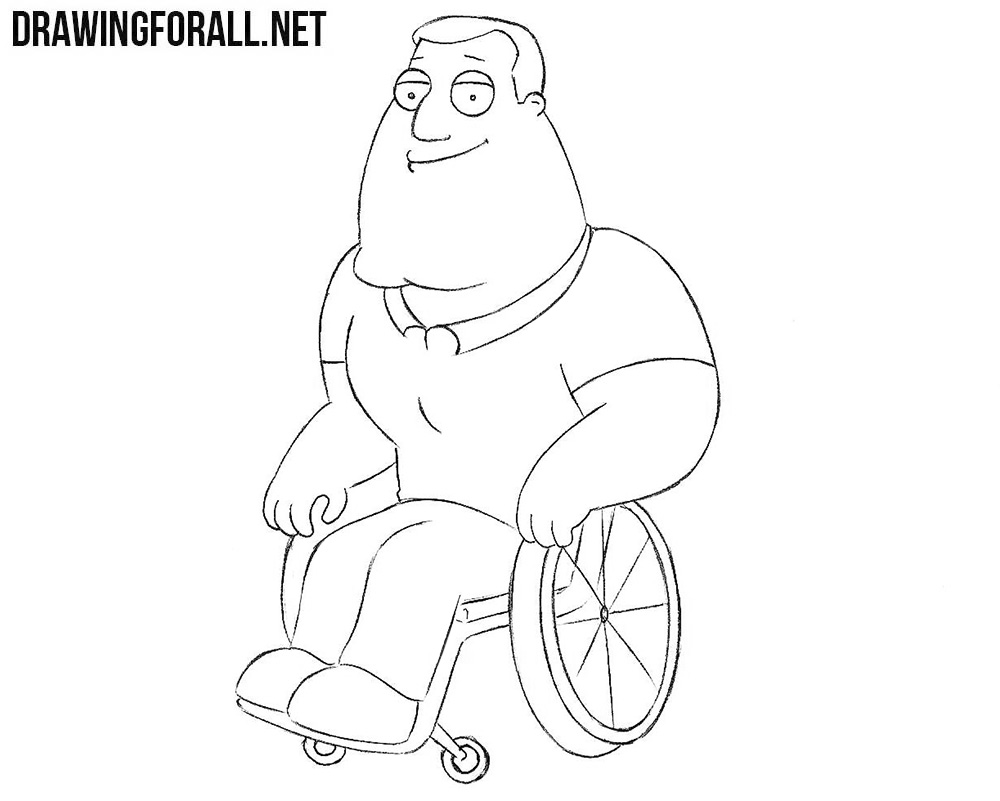 In our previous drawing lessons, we showed how to draw the family members of the animated series Family Guy. In this lesson we want to show you one more interesting character from this series. So, let’s learn how to draw Joe Swanson.

First of all draw the eyes and nose of Joe Swanson. 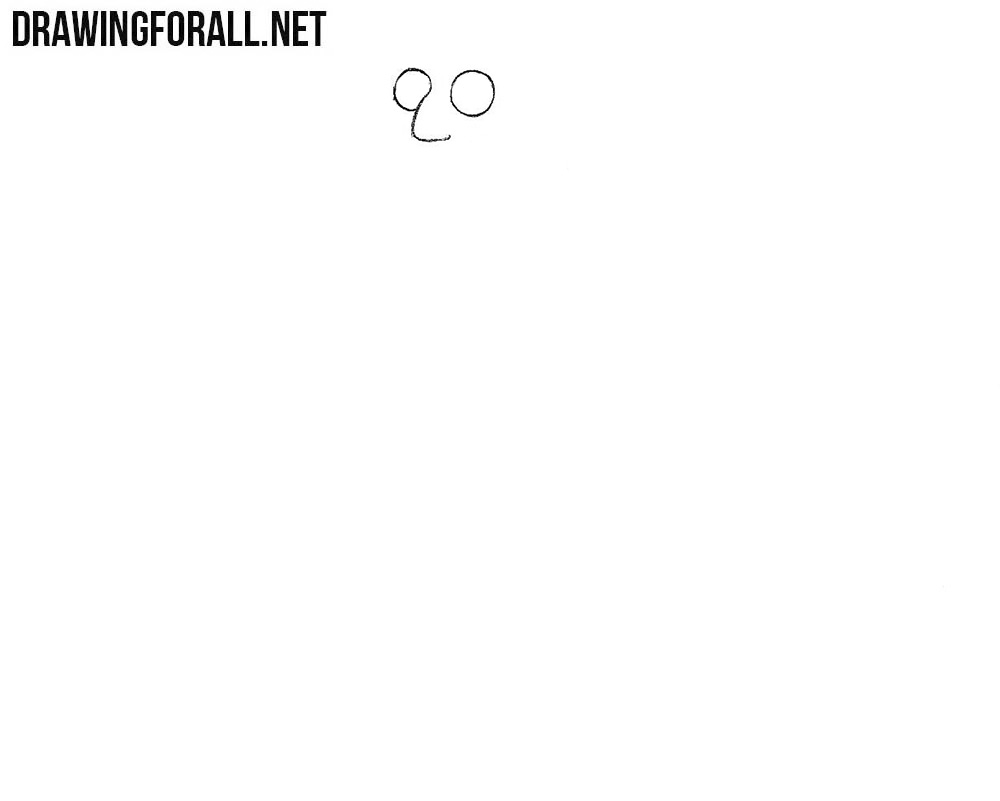 Now draw the upper eyelids, pupils in the form of dots and a slightly smiling mouth. 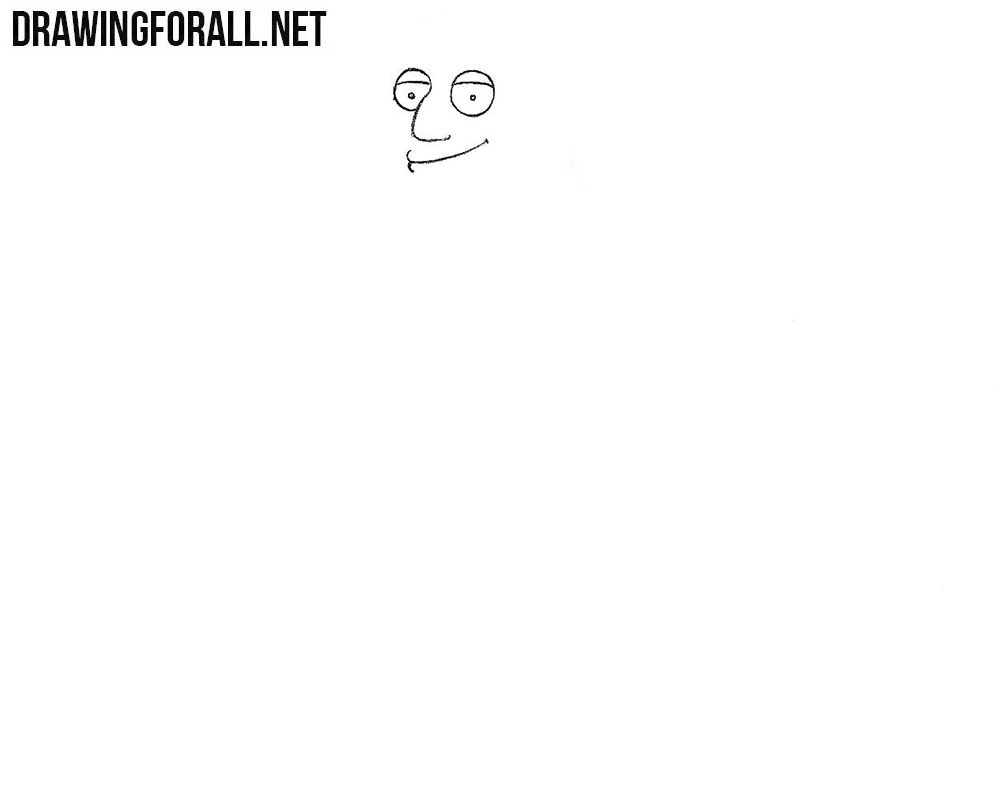 Move a little higher and draw a forehead, a hair, ear and eyebrows of our character. 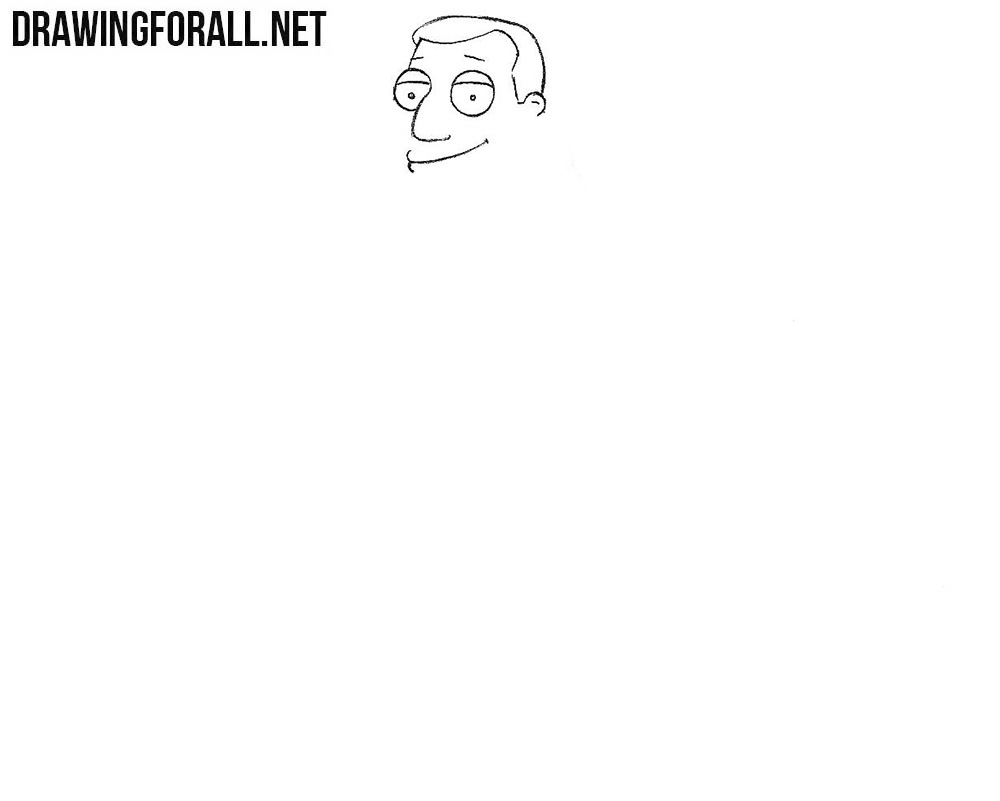 Draw out the outlines of a huge jaw and a thick neck. 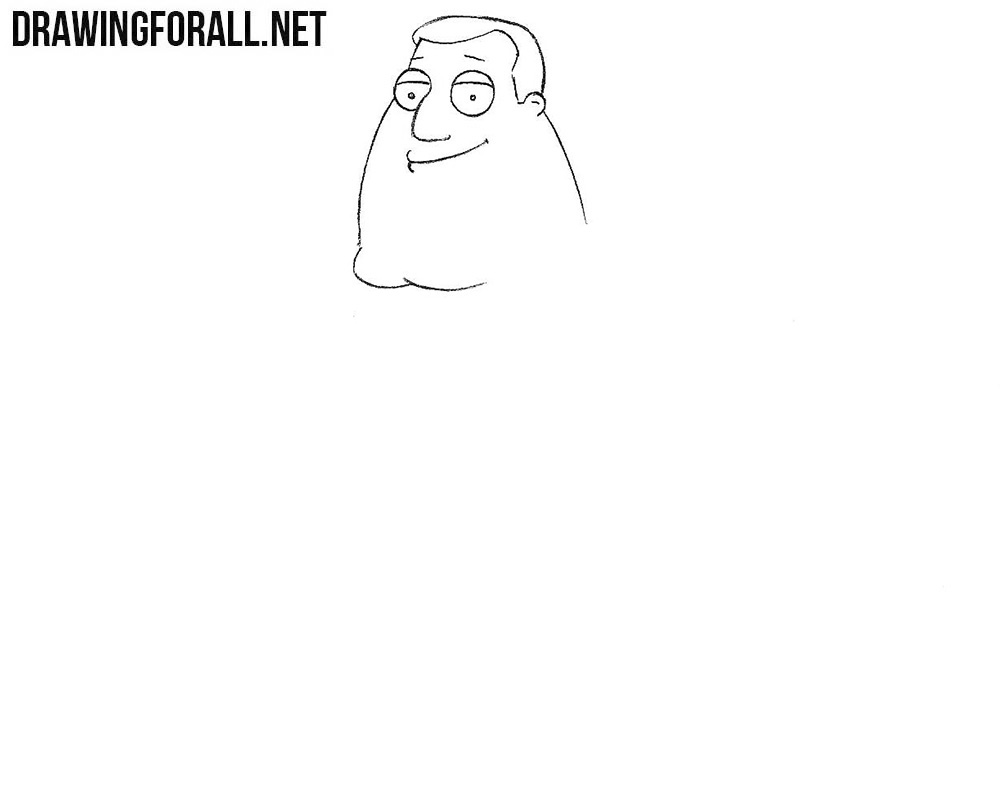 Under the head draw a collar and outlines of short sleeves of polo. 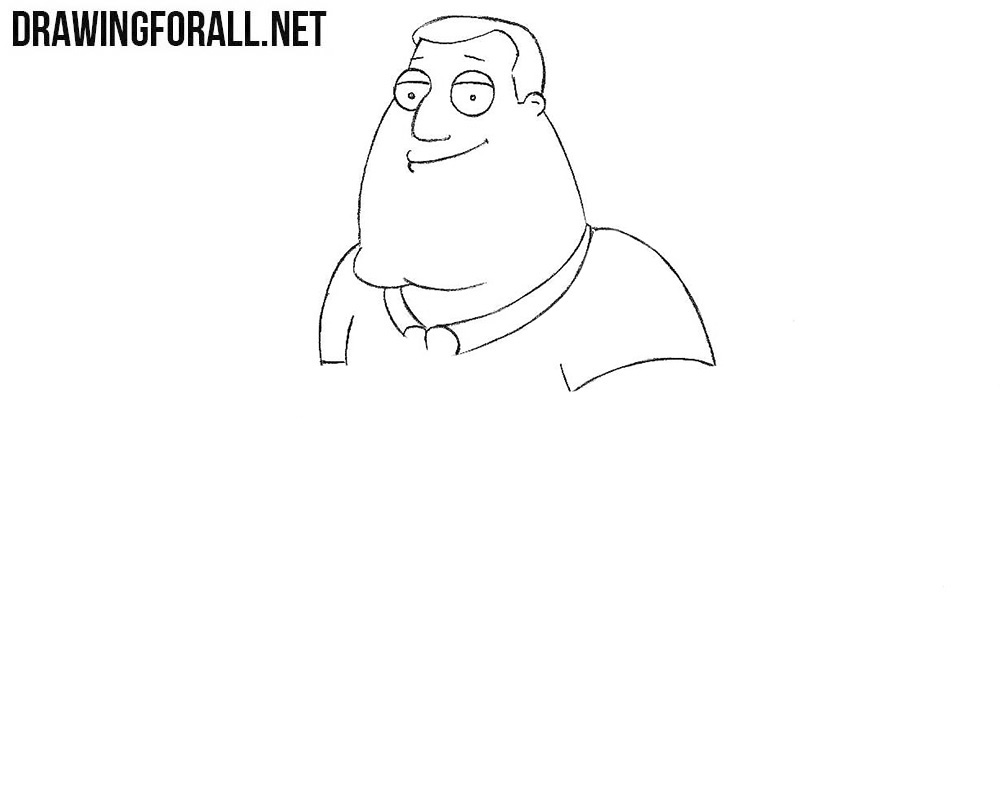 Now draw the outlines of the torso and huge arms of Joe Swanson. 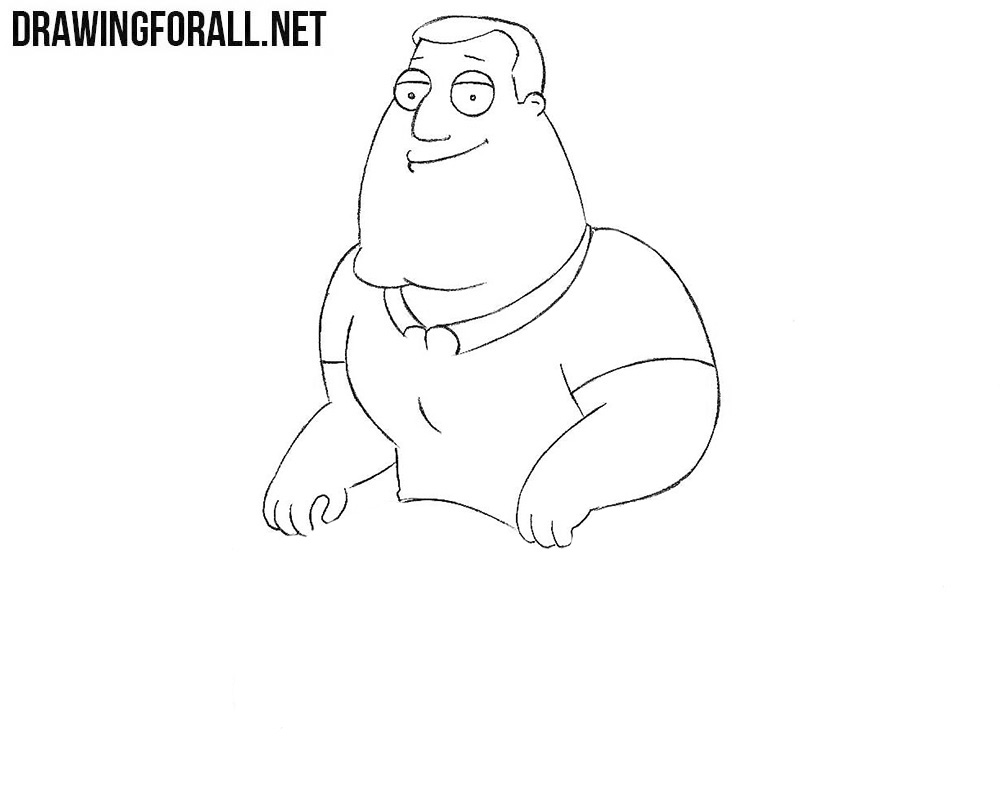 A fairly complex step in which we will need to draw the legs and outlines of the wheels. 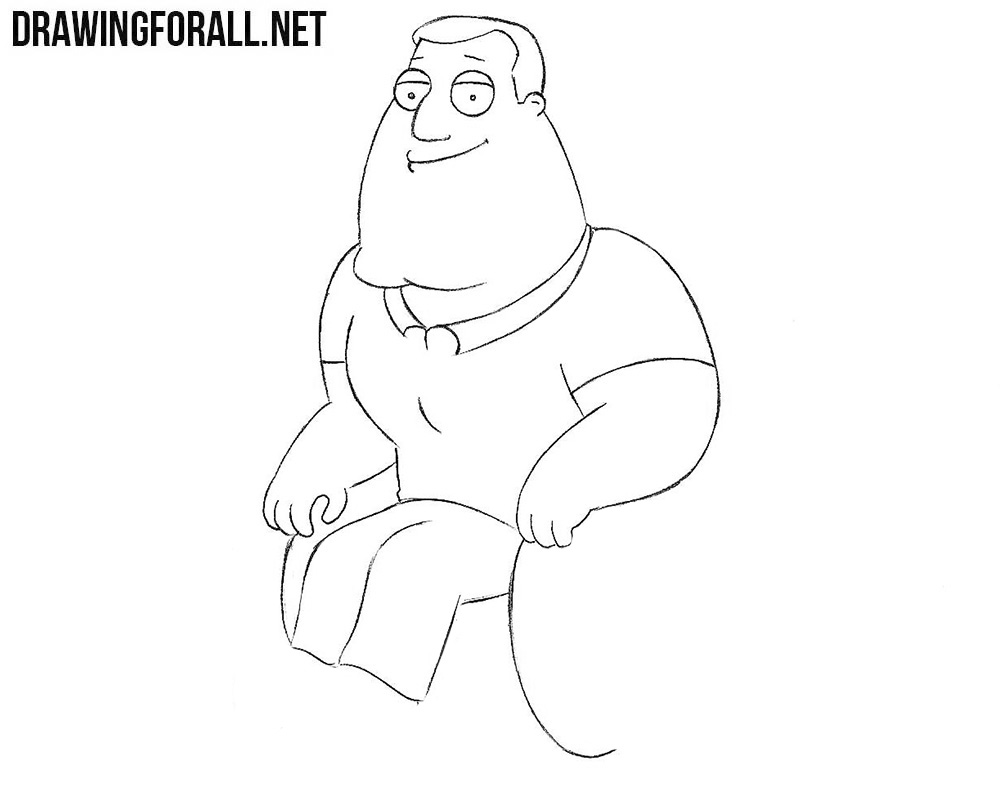 Finish drawing the wheels, drawing all the details, as shown in our example. 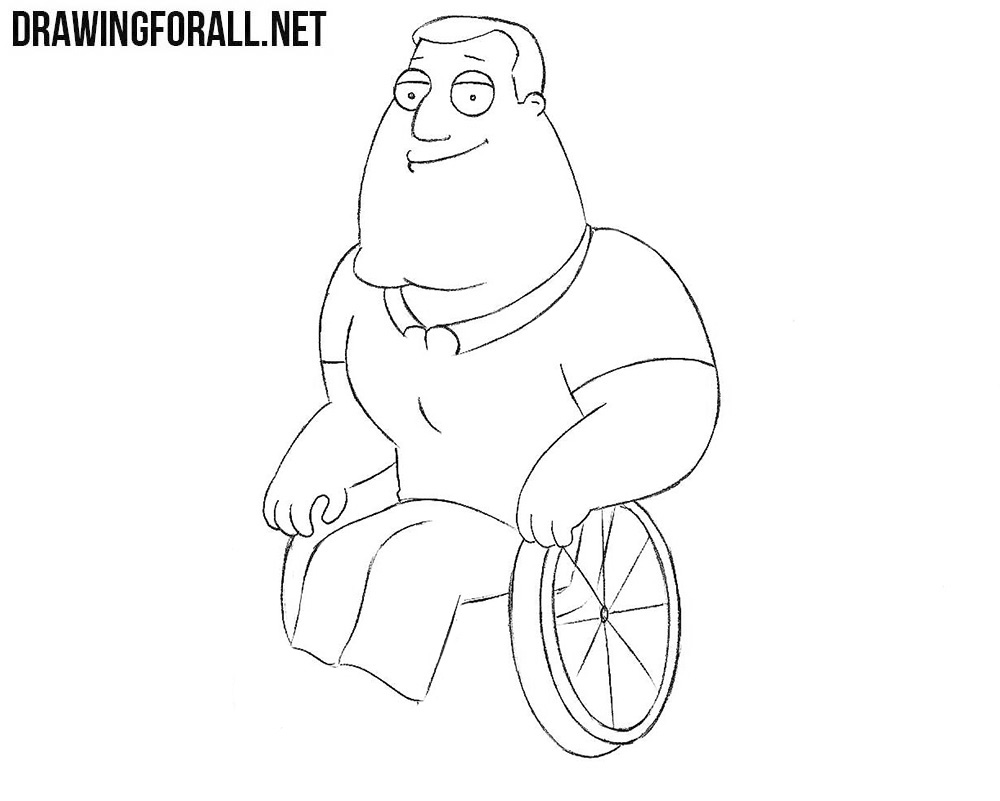 Probably the simplest step in which we will only need to draw the feet. 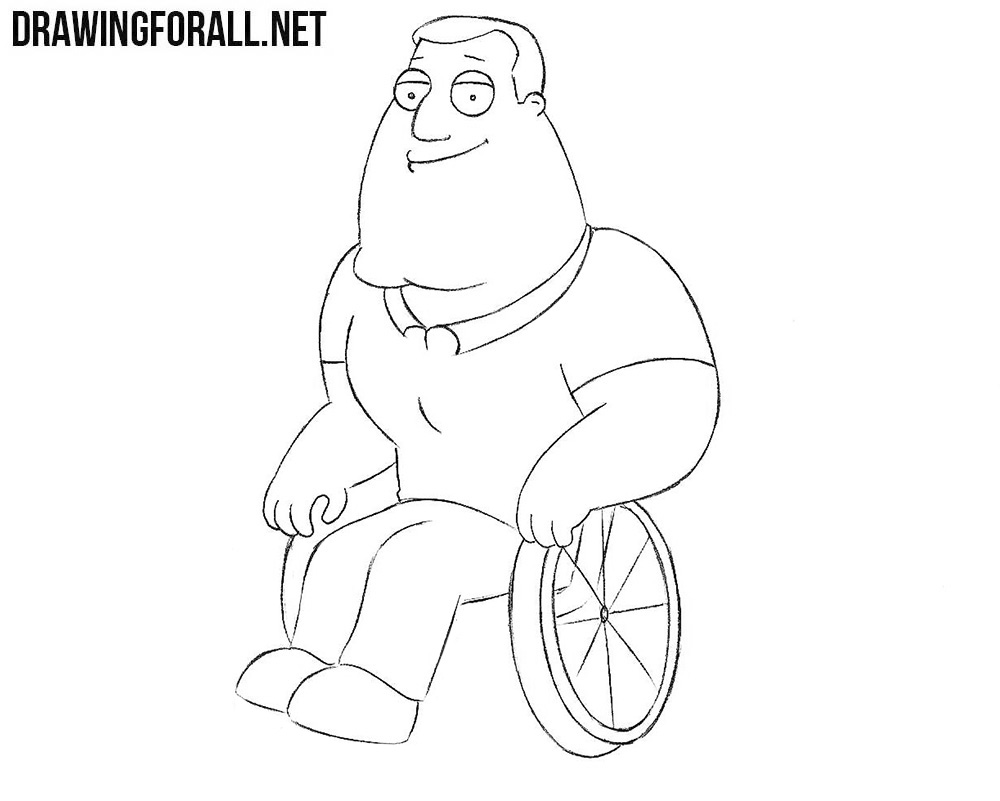 As we have already said, we drew many different characters from the Family Guy and the American Dad. All lessons on these series were drawn approximately the same, but in this lesson we applied a new technique. Write what you think about this and our other drawing lessons, because your opinion makes us know in which direction we need to move our drawing tutorials.