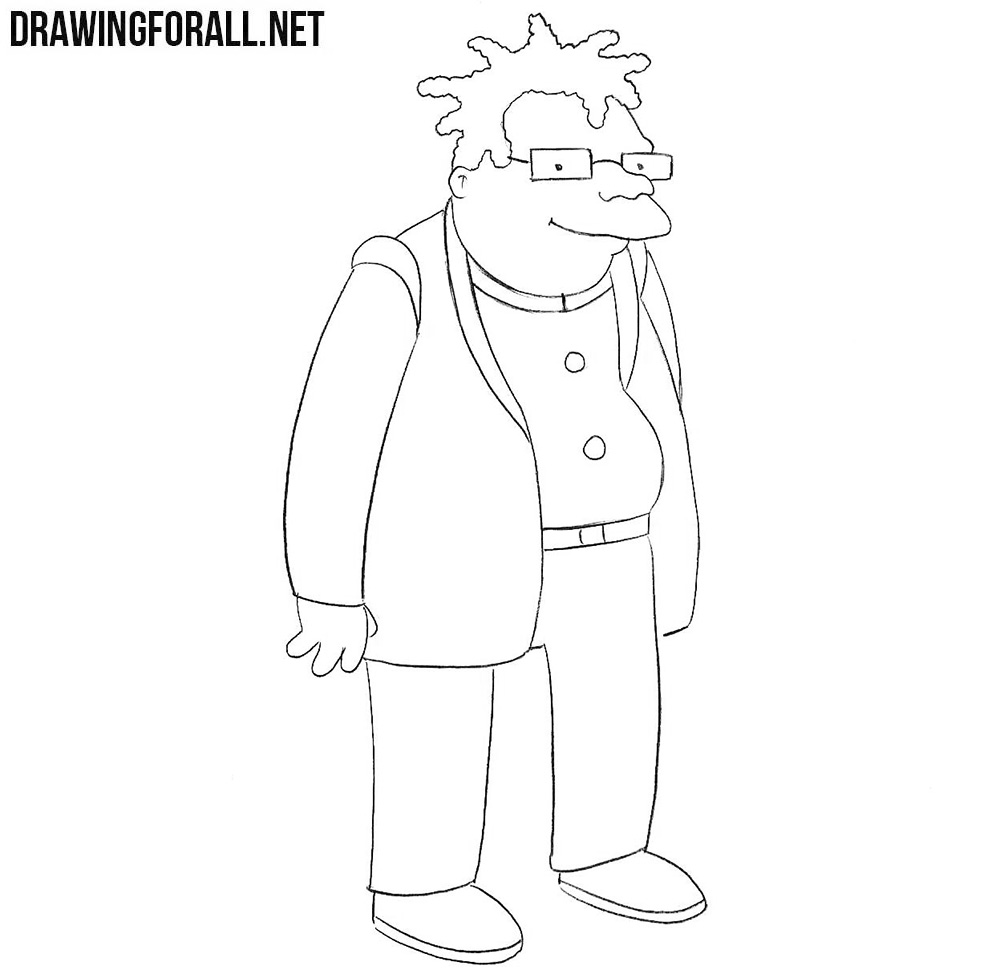 After we started our series of drawing lessons about Futurama characters, many of our readers began to ask us to make lessons about all the characters in this series. And so we decided to make a lesson about how to draw Hermes Conrad – a jamaican bureaucrat of level 34 and accountant in “Planet Express. 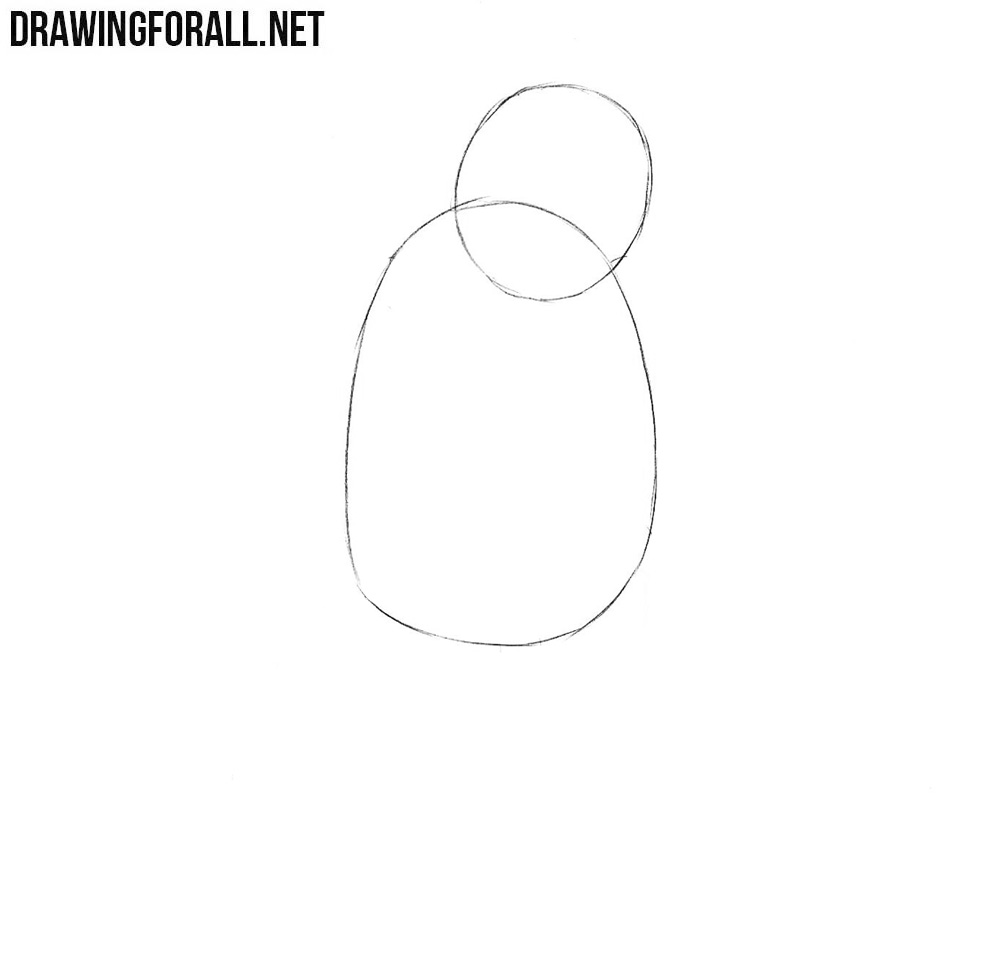 In the second step, according to tradition, we sketch out the arms and legs of the character. 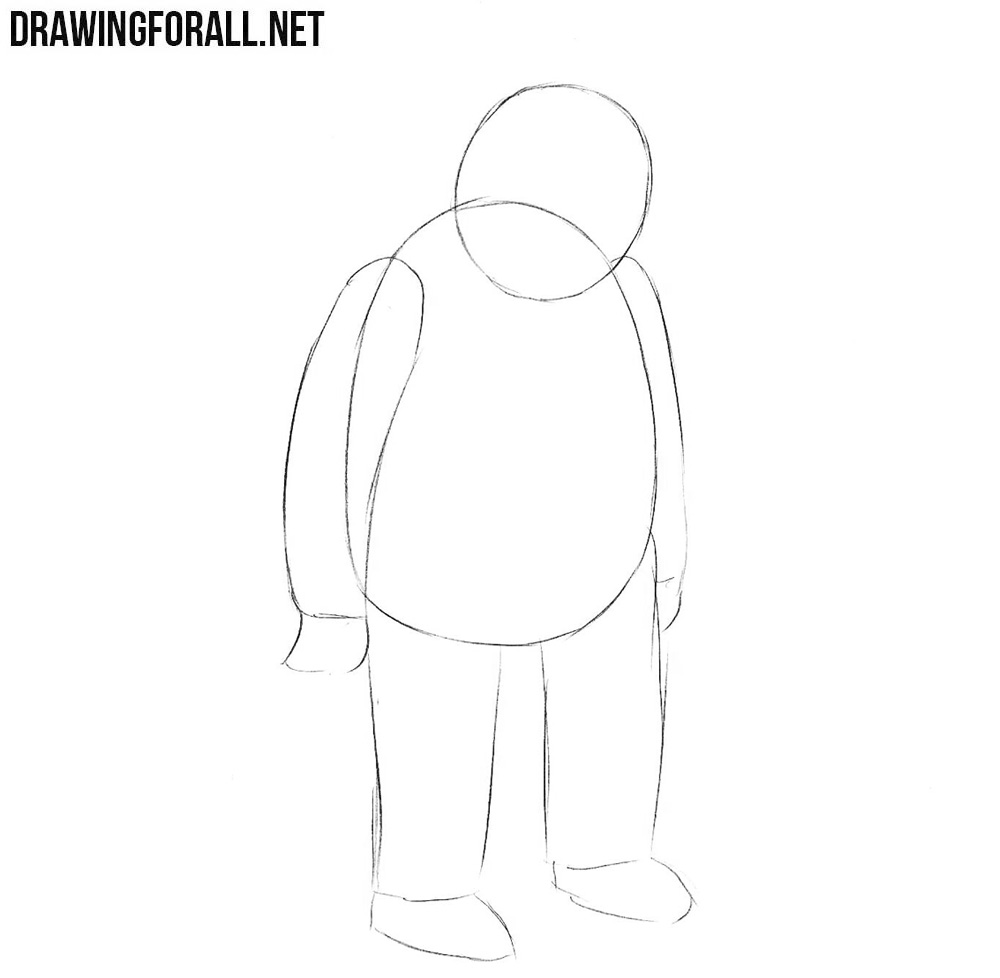 Draw rectangular glasses and pupils in the form of dots. Next, draw a wide nose. 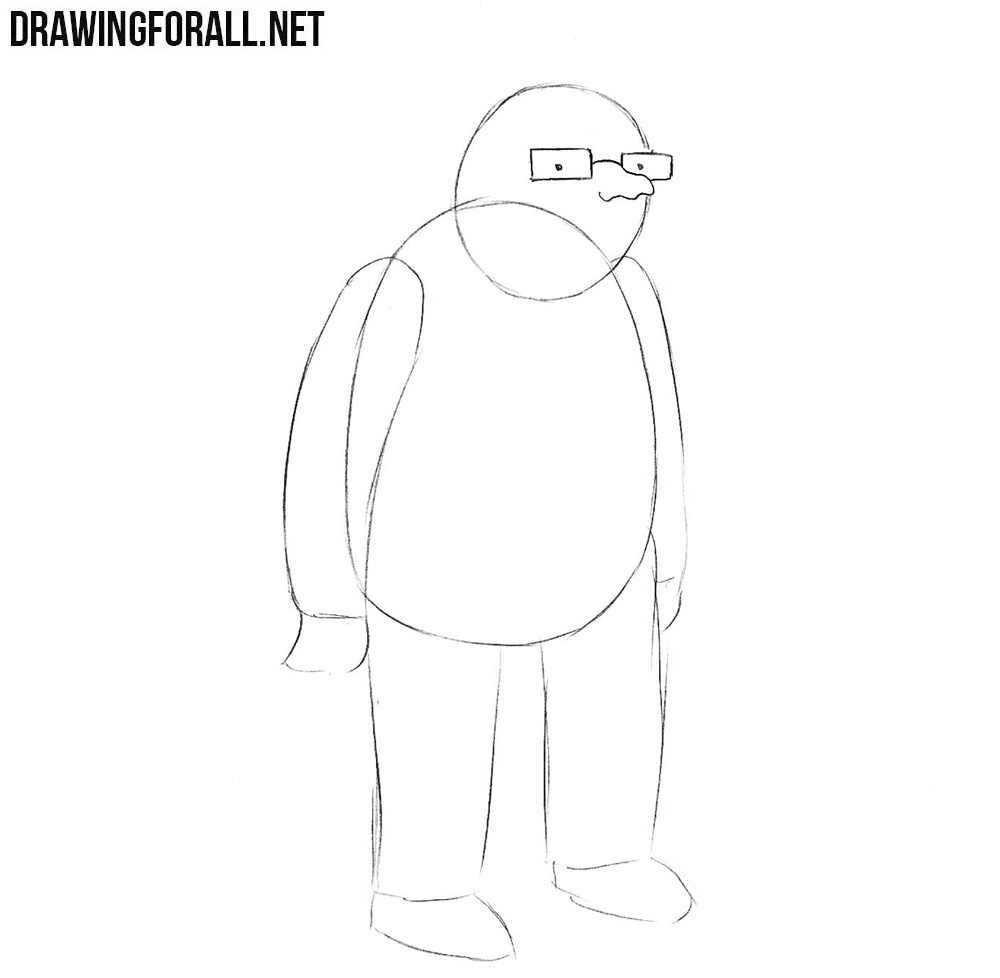 We move a little higher and neatly draw out the outlines of curly hair of Hermes. 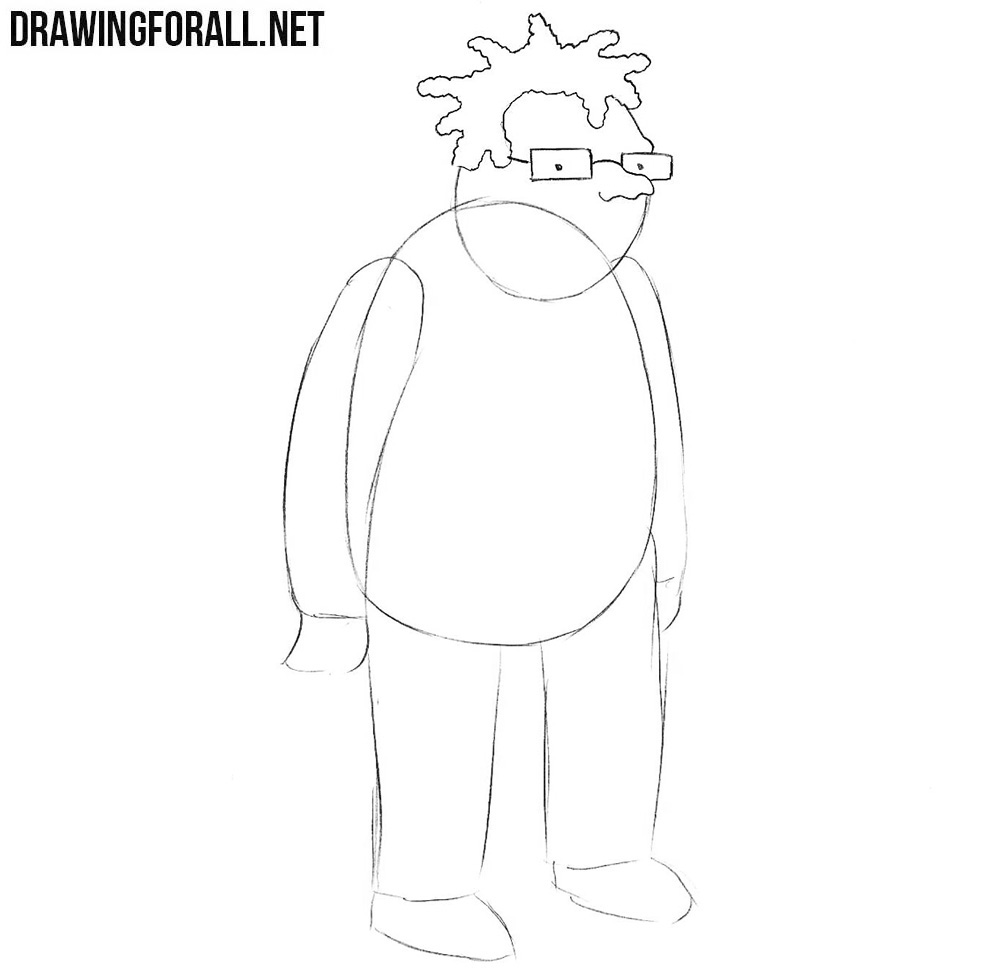 Here we will deal with the lower part of the face, drawing a smiling mouth, a small ear and the outline of the neck. 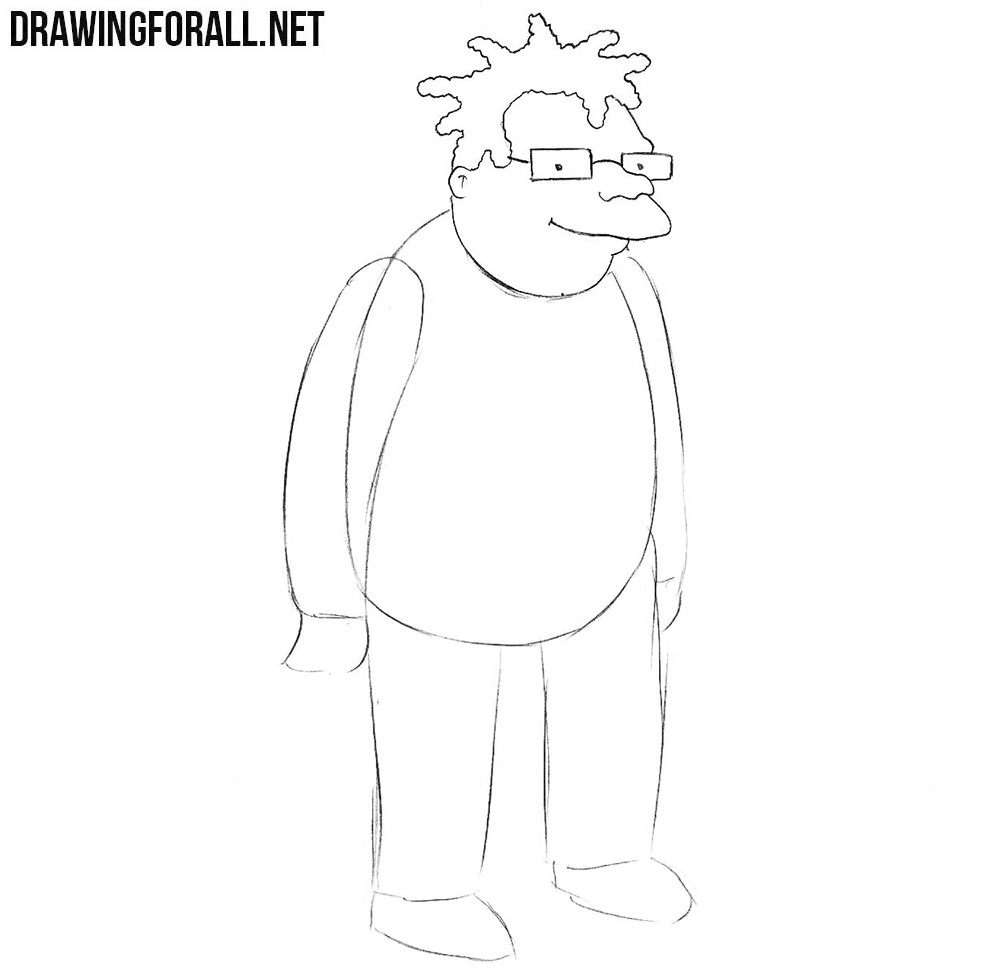 Now we will move on to the torso, drawing out the outlines of the collar of shirt, belly and collar of the jacket. 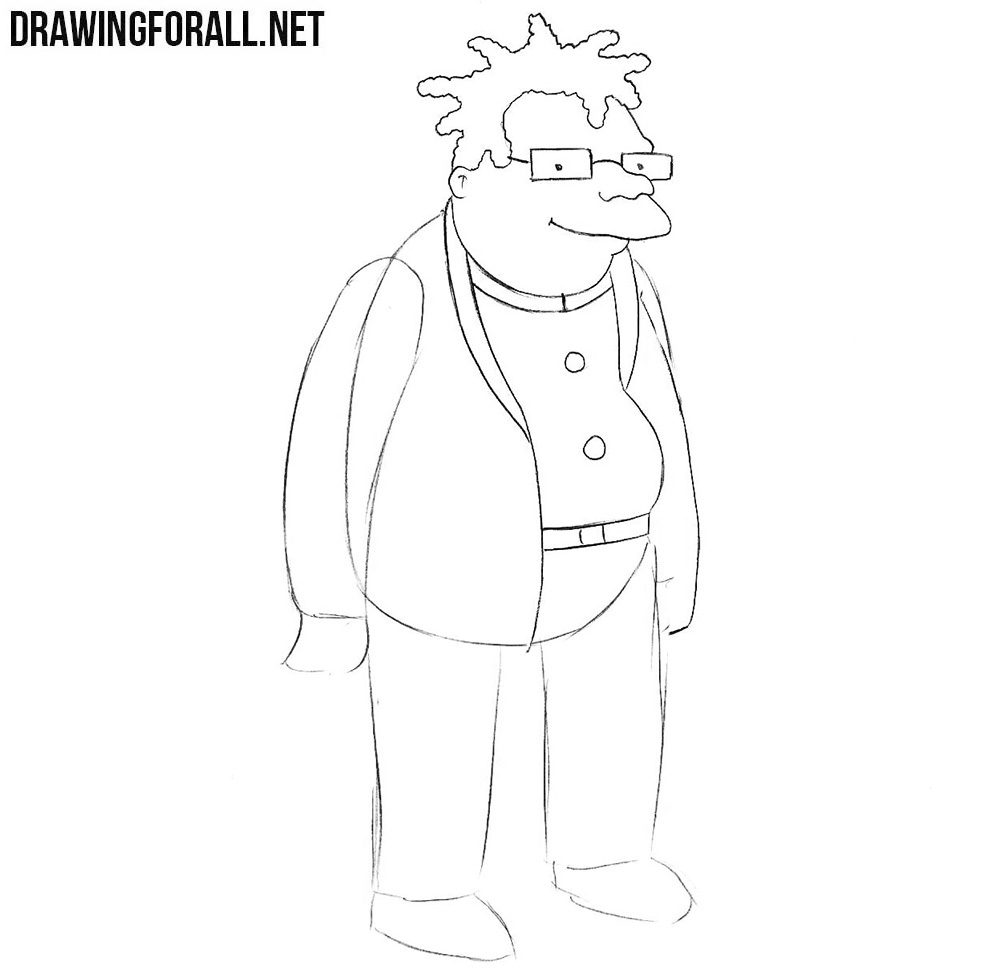 ue to working with the torso, drawing out the shoulders and long sleeves as in our example. 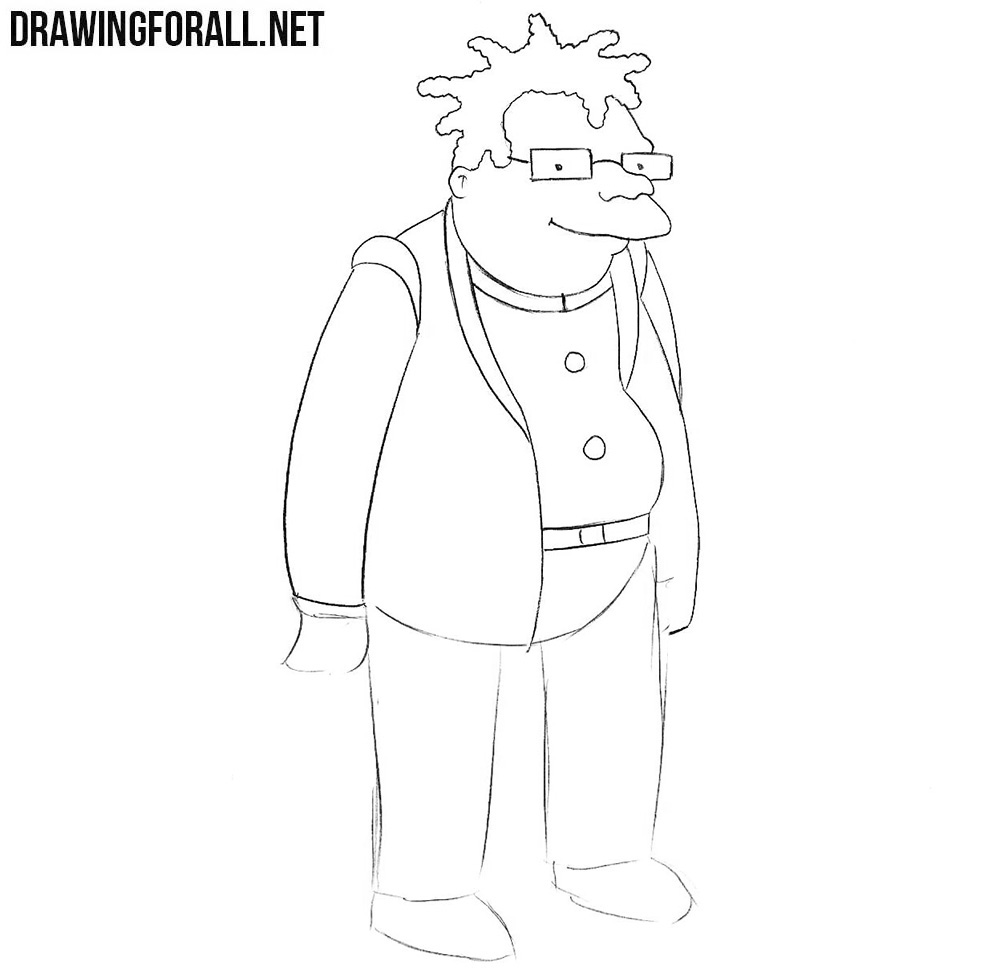 The simplest step of this tutorial, in which we draw the outlines of the hands and the bottom edge of the shirt. 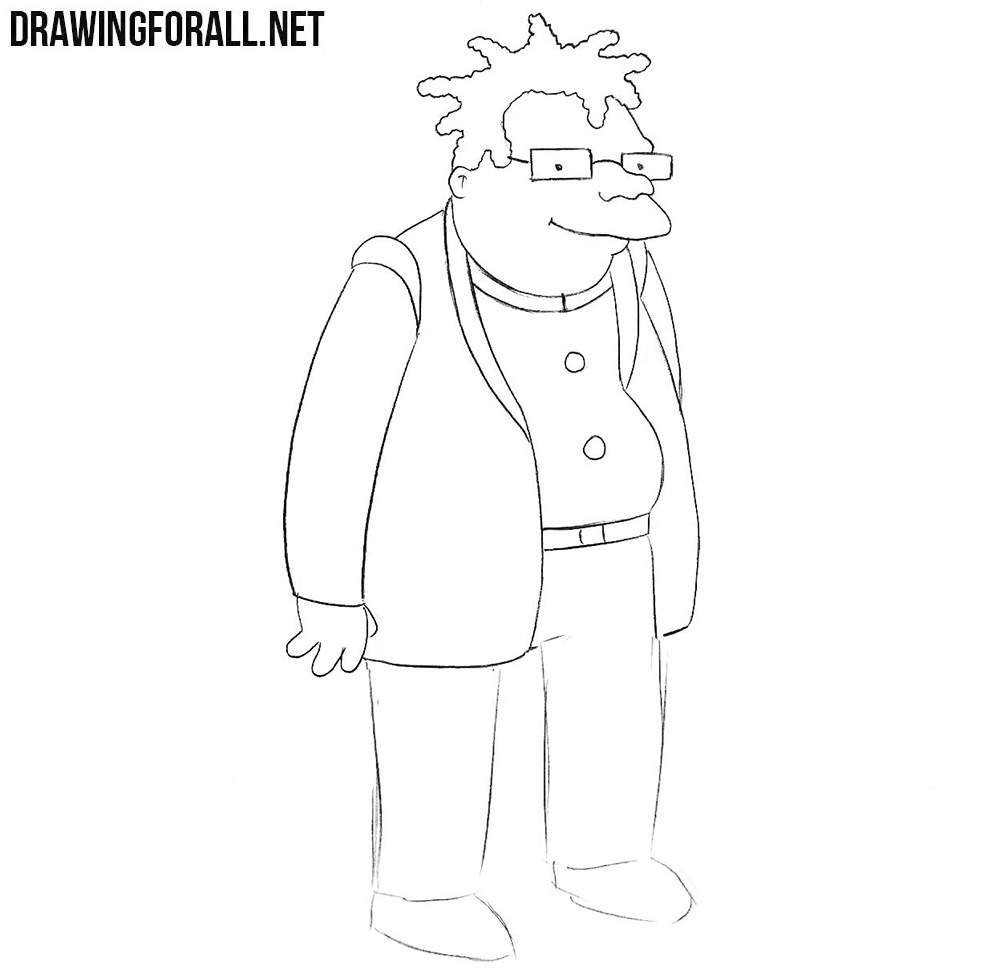 And in the very last step of this lesson we will draw out Hermes Conrad’s pants and shoes.

So, the another lesson about the another character from the series Futurama is completed, and now you know how to draw Hermes Conrad. If you have any wishes for future lessons, then write us about it. This you can write either in the comments to this article, or in our social networks or directly to us by e-mail drawingforall.net@gmail.com.