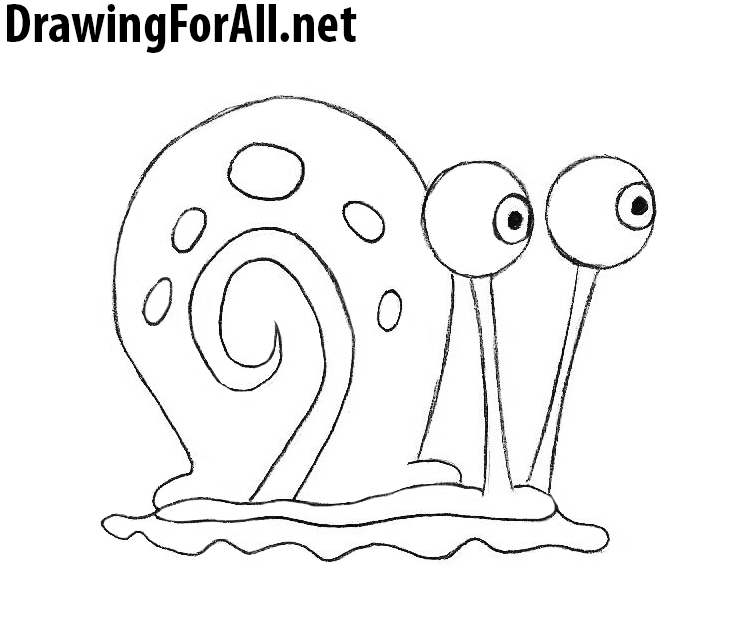 Hello, dear artists and lovers of Spongebob SquarePants. Today we have prepared for you the most talkative character from the cartoon. Here we are going to show you how to draw Gary the snail from SpongeBob SquarePants. The lesson is simple enough.

First of all, let’s draw the eyes. They look like two balls. By the way, all the lessons of drawing Simpsons begin the same way. 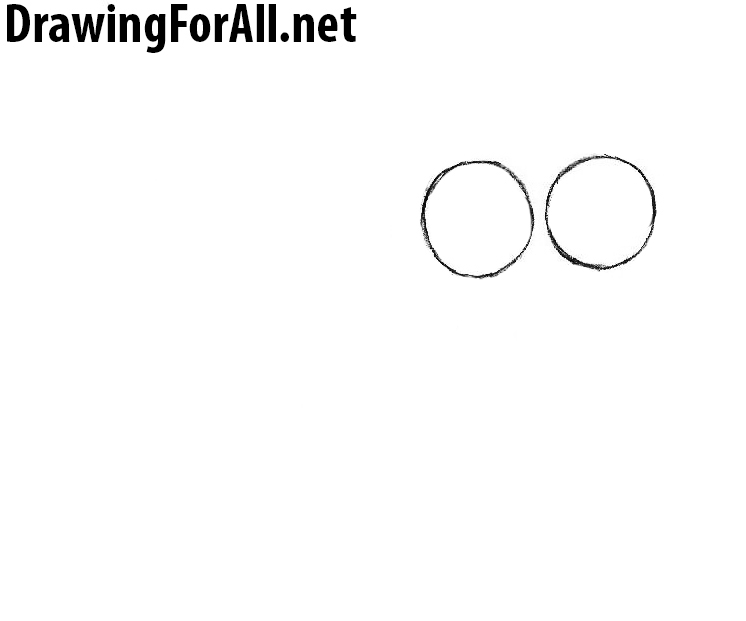 Now using circles and thick dots draw the pupils in the eyes. Under each eye draw a “stem”, which keep the eye. 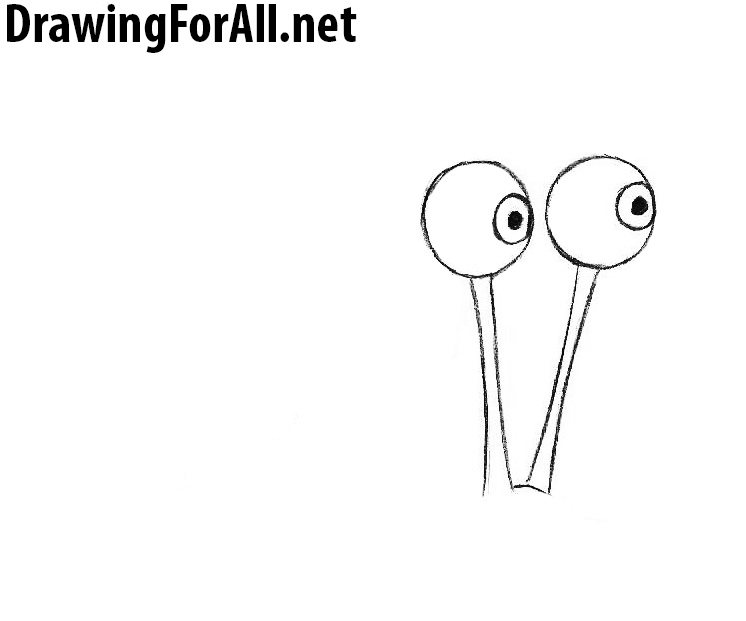 Now, using wavy lines draw the body of the Gary the snail. Note that in the bottom of the body must be more wavy than the upper. 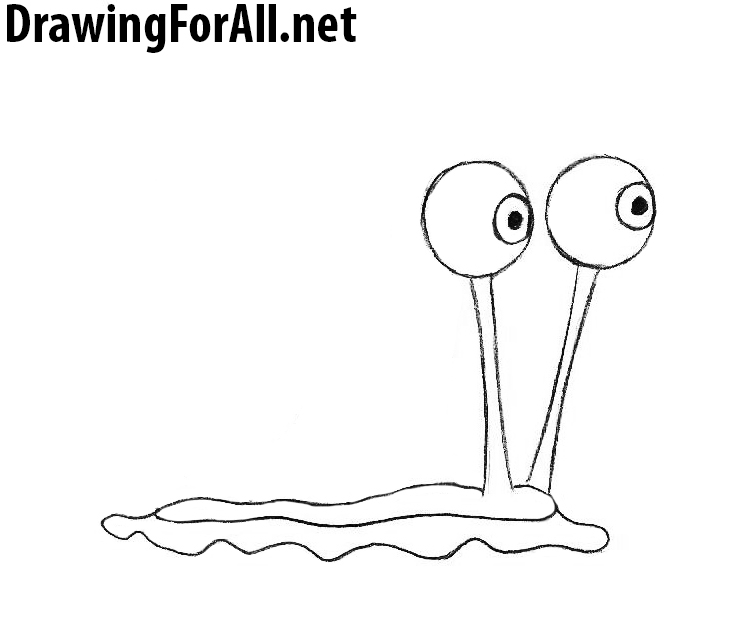 Now, with high curved line draw the shell of Gary as in our example. Now our Gerry looks more like a snail, is not it.

And in the final stage we draw the patterns on the shell of Gary the snail. First draw the swirl pattern in the center of the shell and then small ovals around the central pattern. 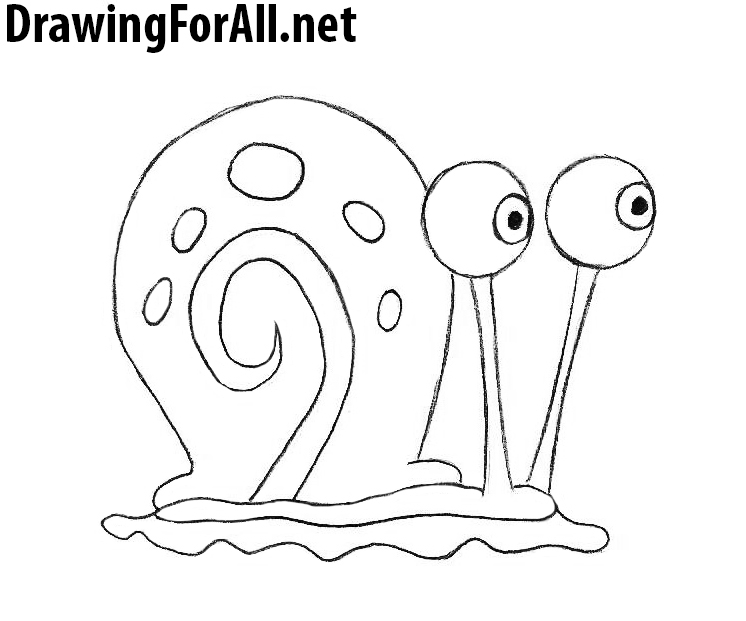 Drawing tutorial on how to draw Gary the snail from SpongeBob SquarePants came to an end. Visit drawing lessons about Patrick Star and Squidward. Share this drawing tutorial, subscribe to our social networks and write what you think in the comments, because the only your comments help us to know your opinion about our drawing lessons.