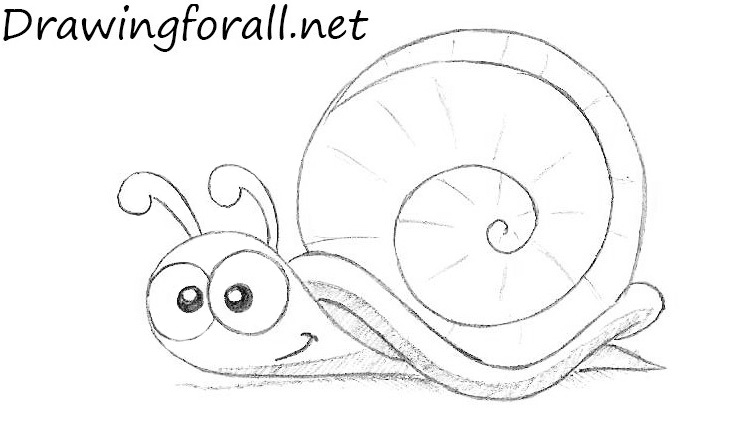 First things first we draw a circle. It will be a carapace of the snail. Use smooth and light lines on the first steps. 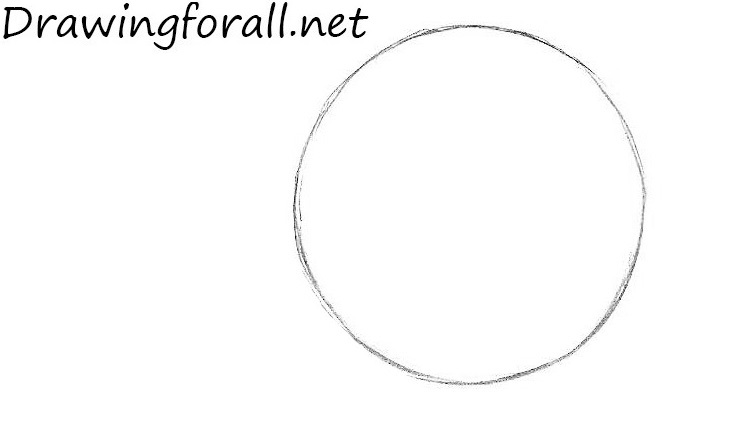 Draw the head which is very similar to a drop. So, we’ve got two main shapes of the snail. 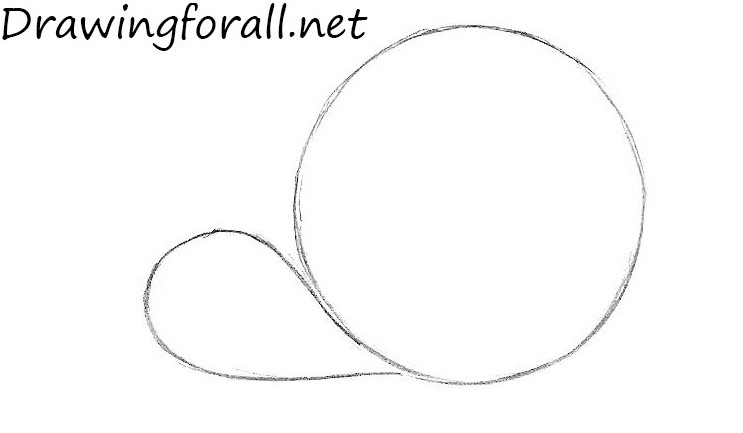 Using two curved parallel lines draw the lower edge of the carapace. Draw the tentacles on the head as in the example below. 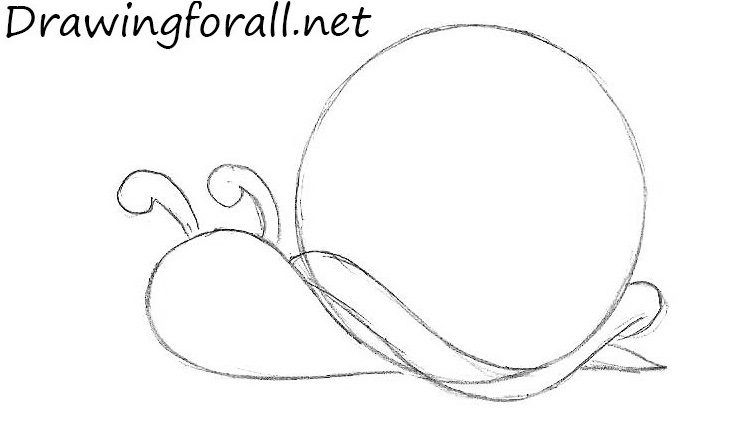 Using big circles draw the eyes and pupils inside the eyes. Draw the spiral pattern on the carapace as in our example. 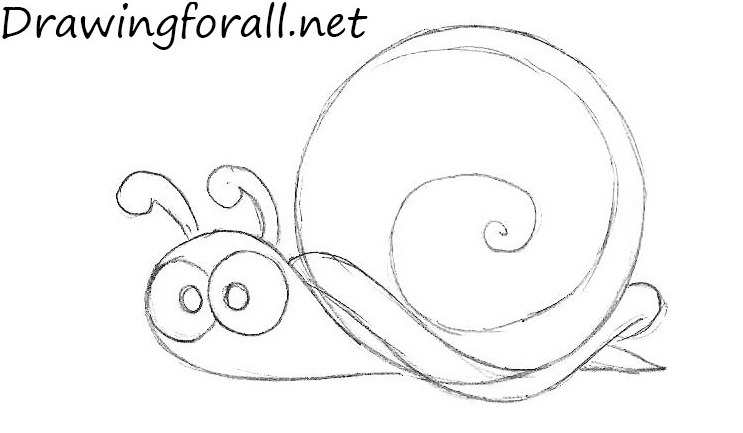 Erase the guidelines. Darken and smoothen the lines as in our example. Paint out the eye leaving glares. 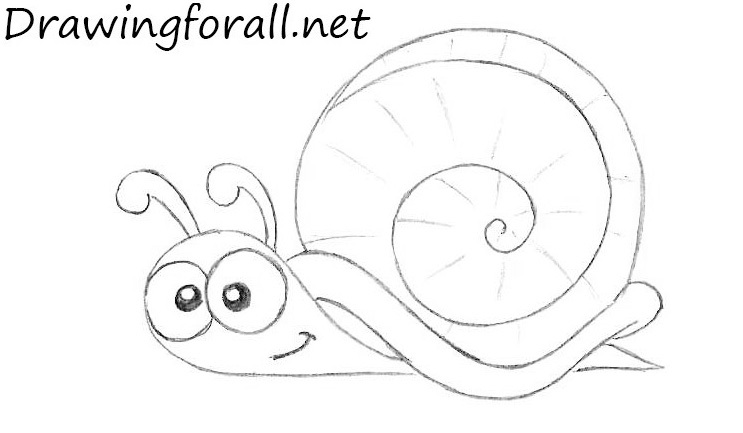 It was the drawing lesson about how to draw a cartoon snail by drawingforall.net. We hope you enjoyed the tutorial. Subscribe to our social networks. Goodbye!