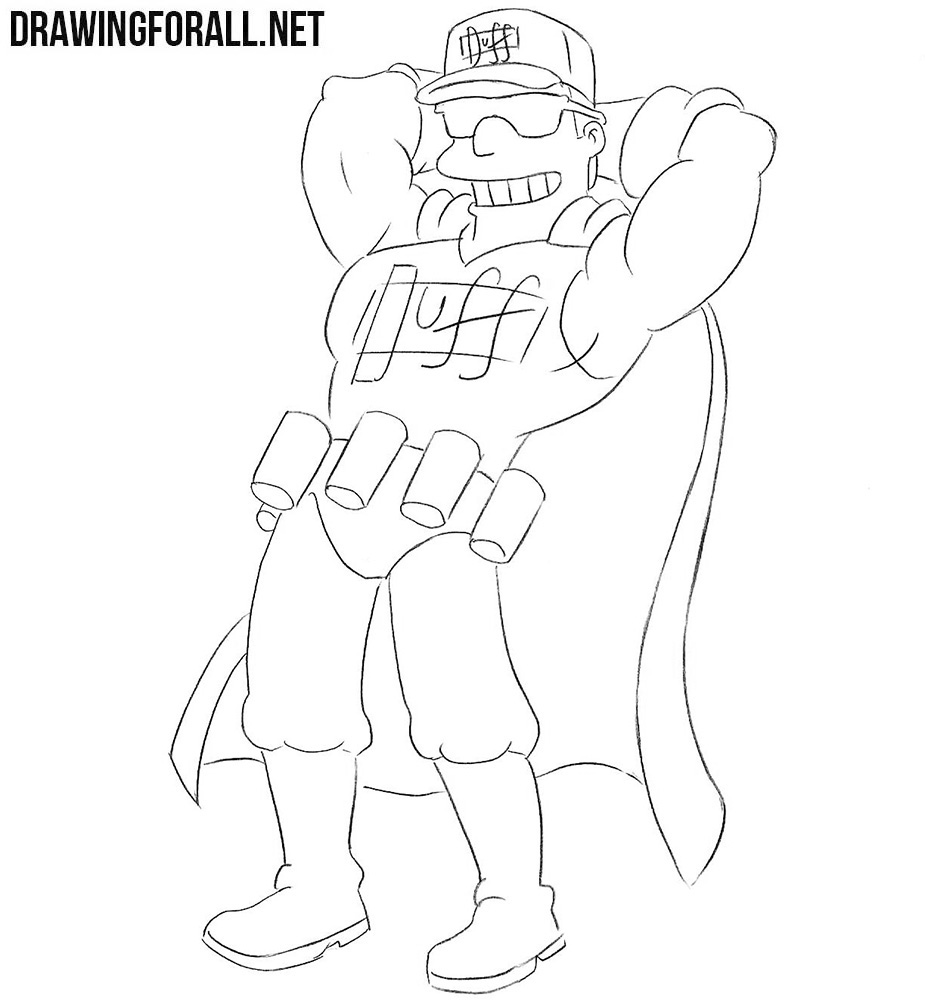 In this lesson, dedicated to the next character from the Simpsons show, we want to show you how to draw Duffman. Barry Huffman – known mostly for his working name Duffman, a talisman and a representative of the company Duff Beer. There are actually several people who play the role of Duffman.

Let’s start with the basic outlines of Duffman’s body. We sketch out the head in the form of a circle and torso. 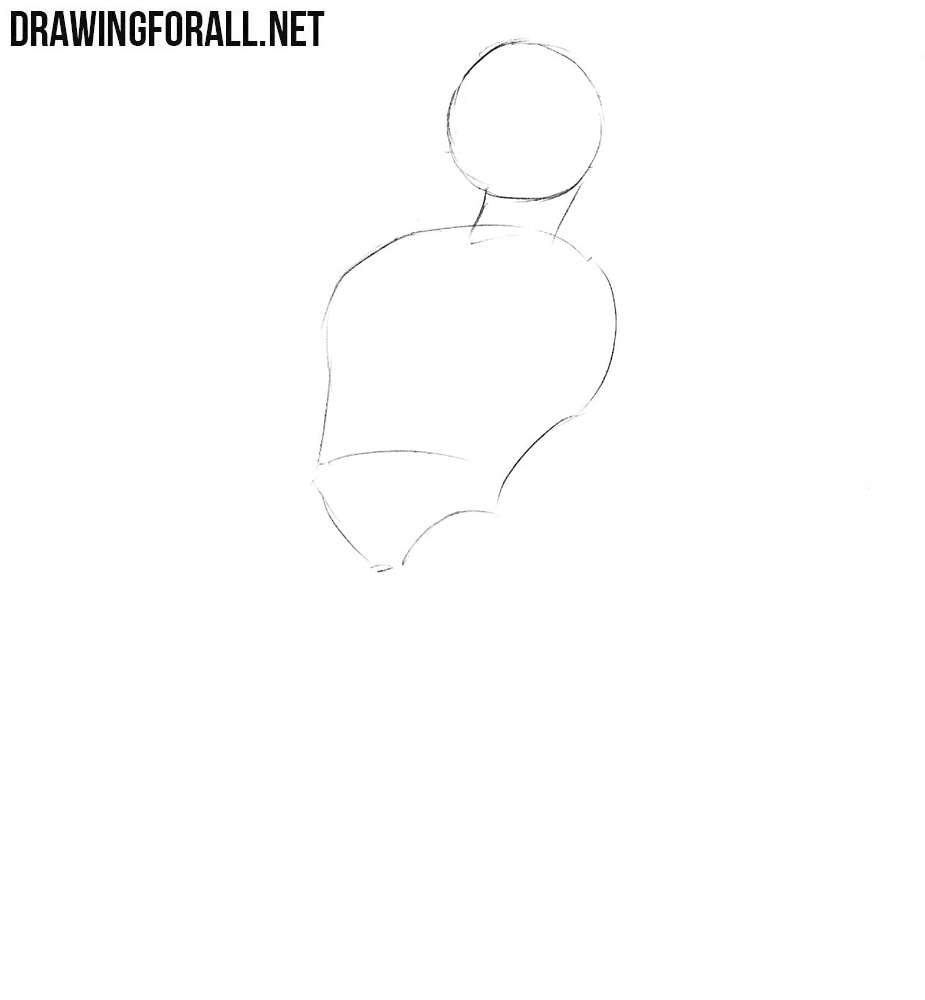 Now we sketch out the hands behind the head of our character and legs. 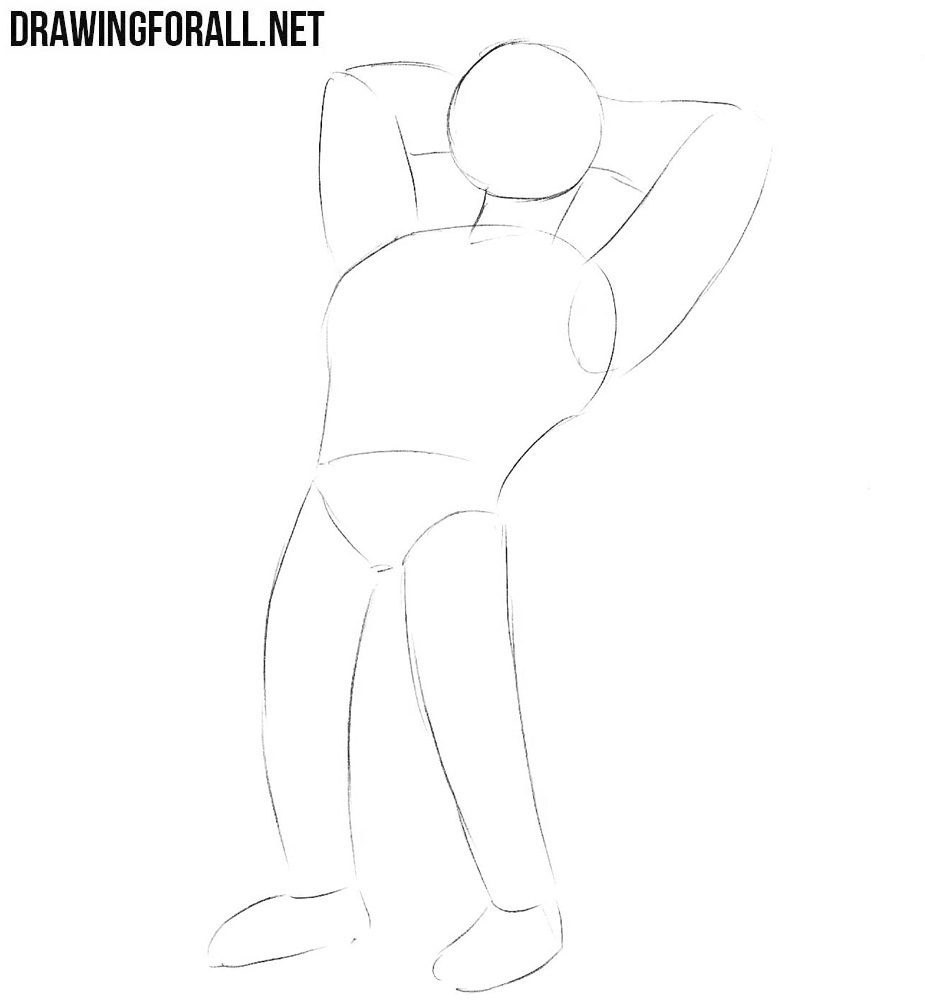 An extremely simple step in which we draw glasses and a pointed nose. 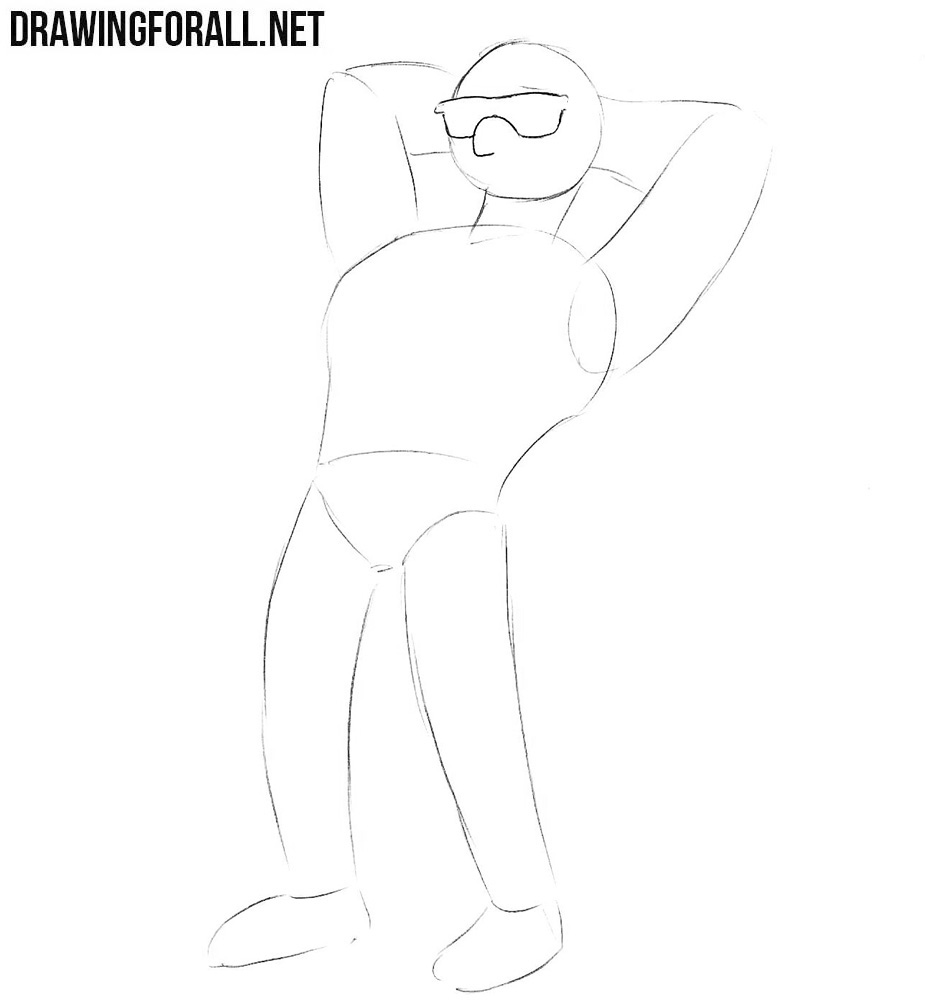 Move a little higher and draw out the outlines of the cap and the inscription Duff on the front. 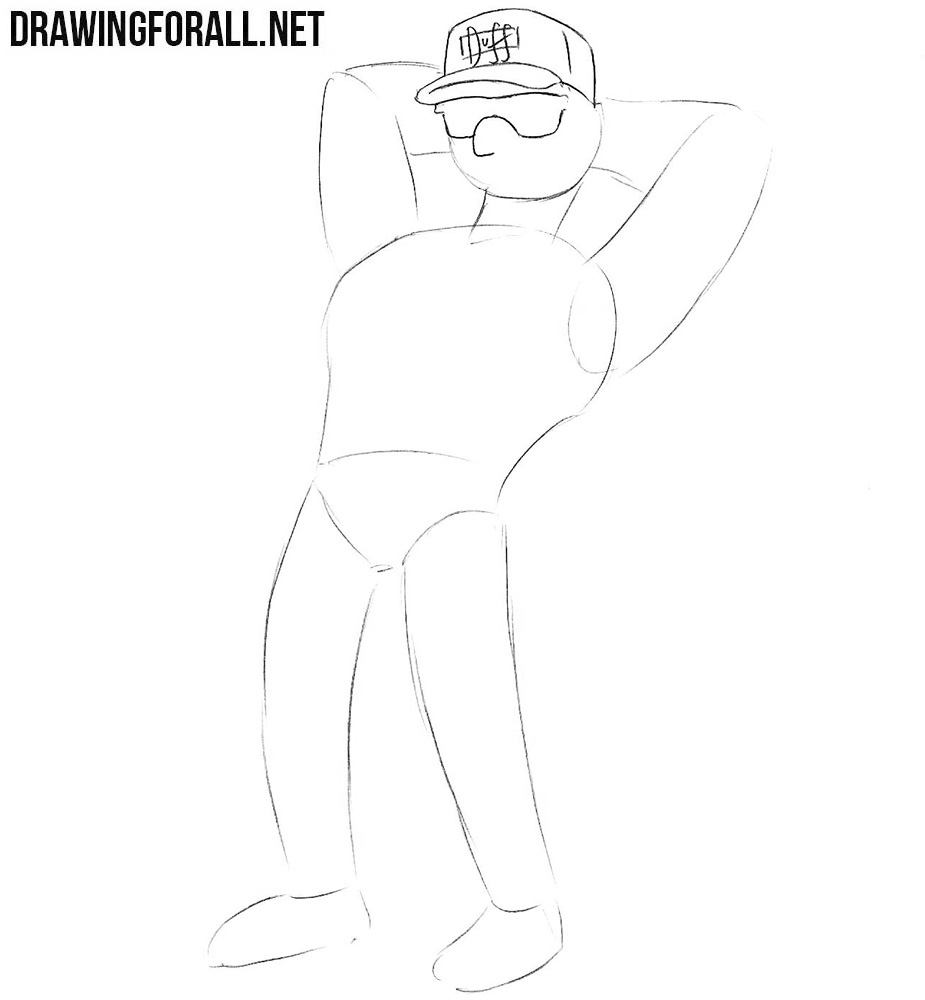 Using a long and curved line, draw out the upper lip and ear. 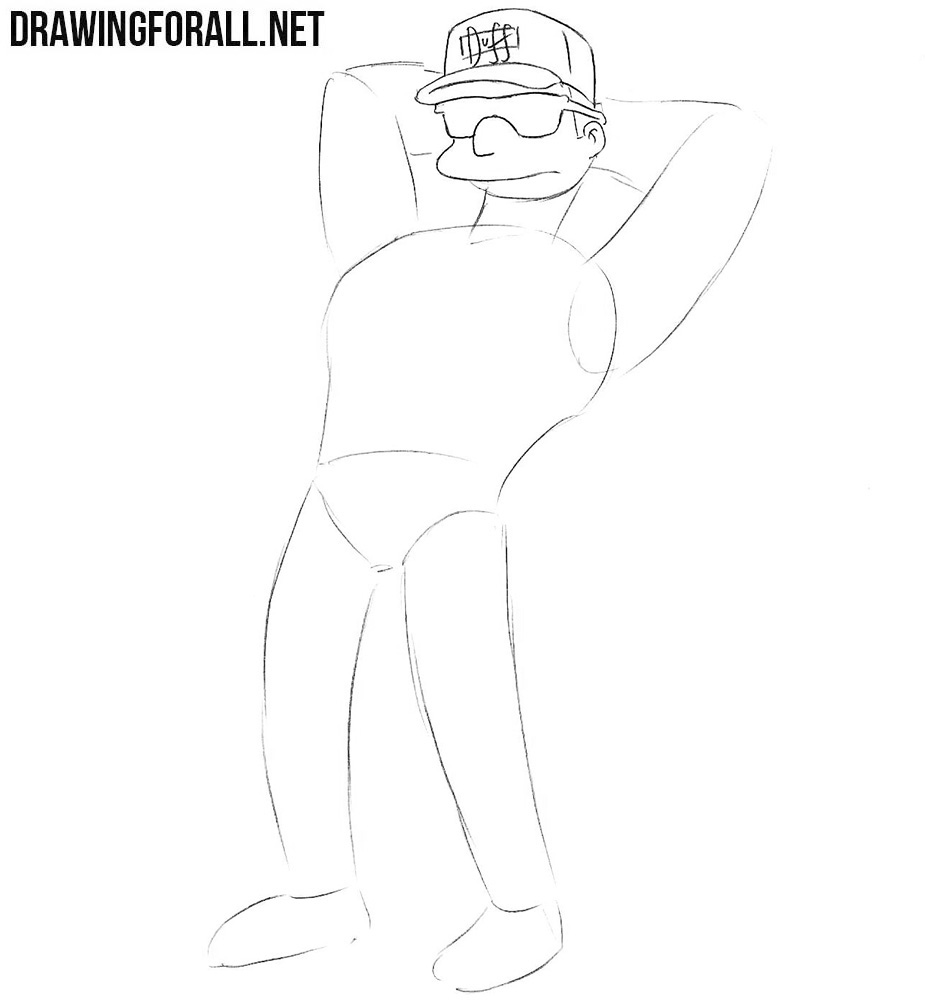 We continue to draw the mouth, drawing the lower lip and teeth with the help of vertical lines. 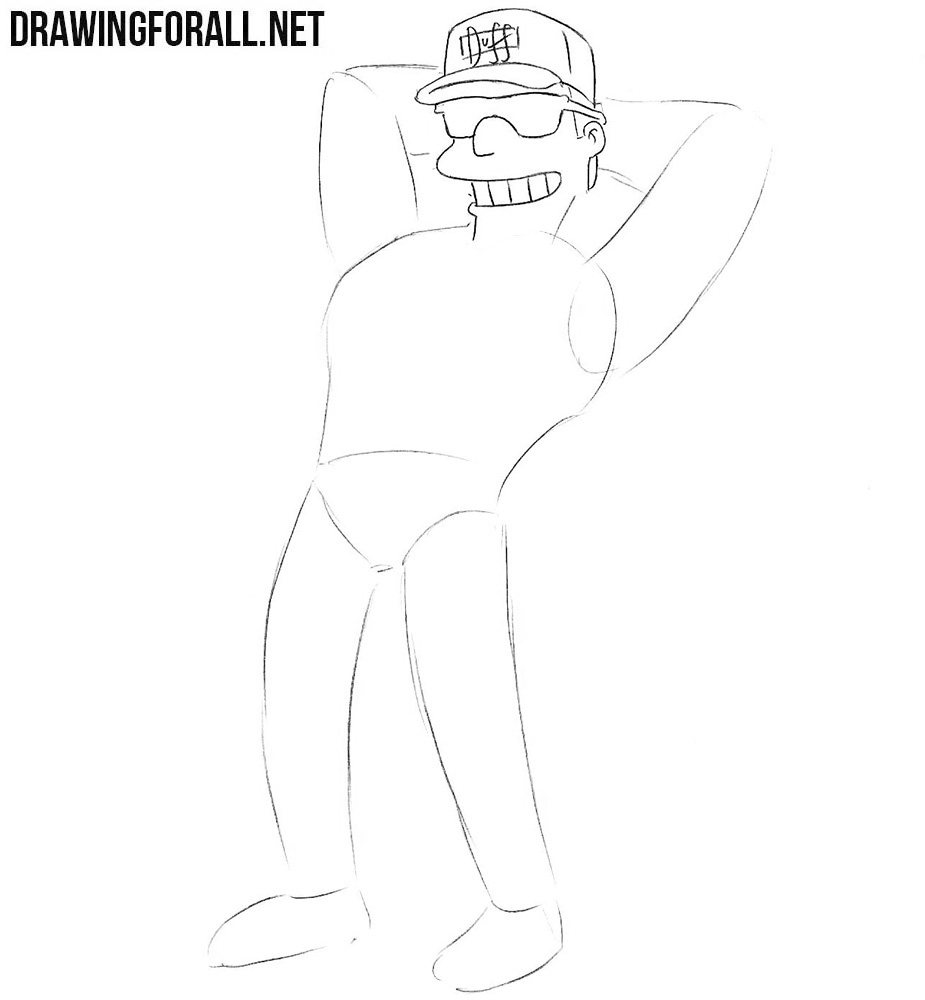 Now let’s move on to the torso. Carefully draw out the shape of the torso and the inscription on his chest. 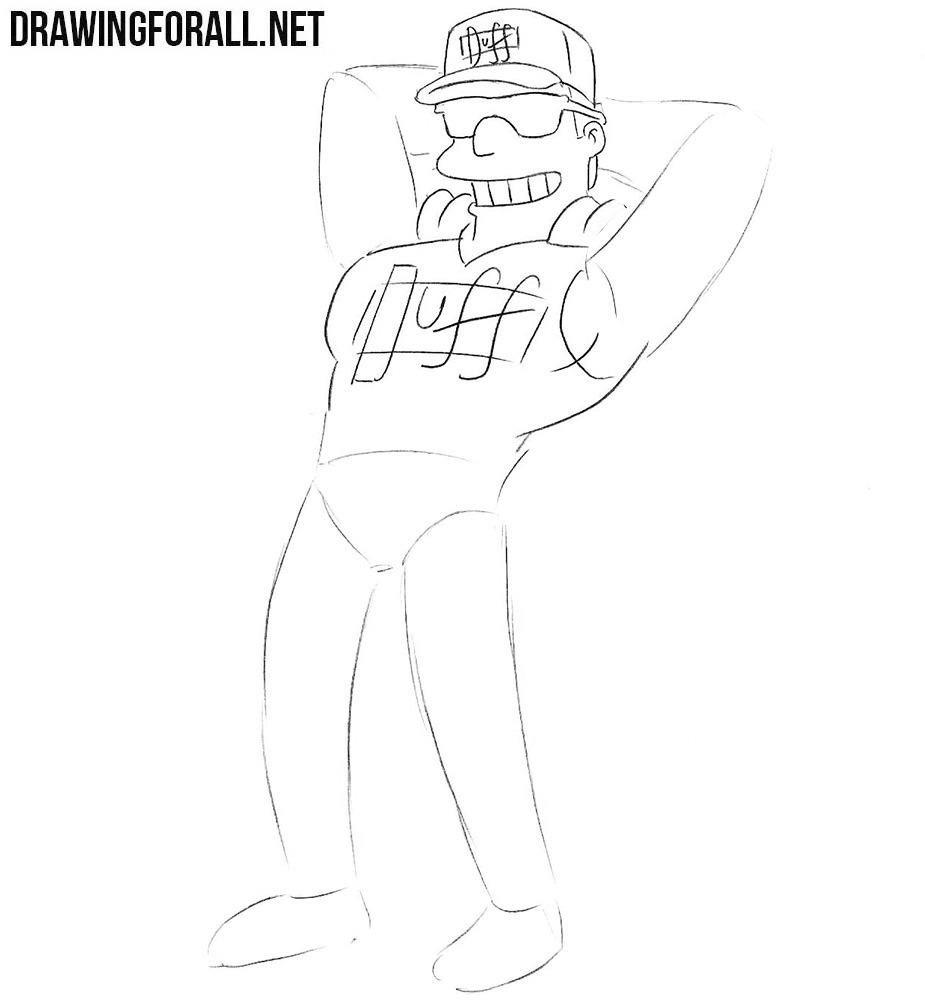 Move to the arms, drawing the muscles with the help of dark and curved lines. Do not forget to draw gloves. 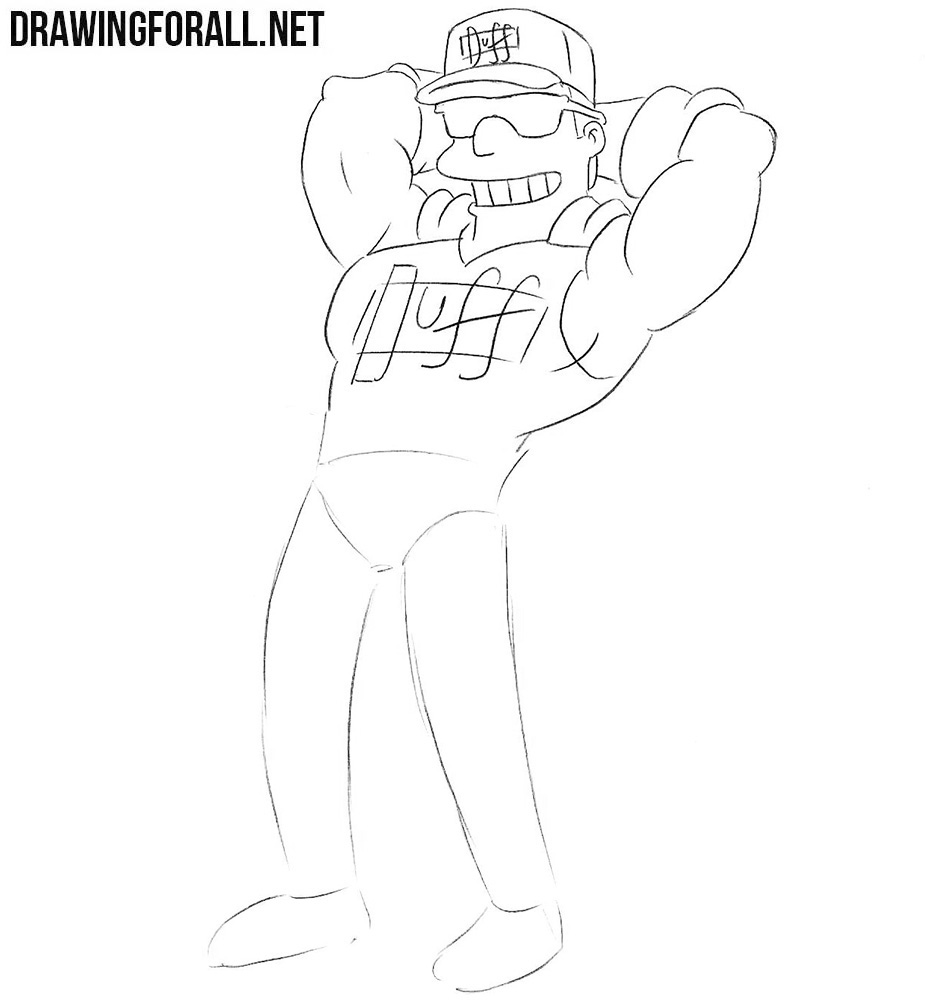 This step is probably the easiest. Here we just need to draw a belt with cans on it. 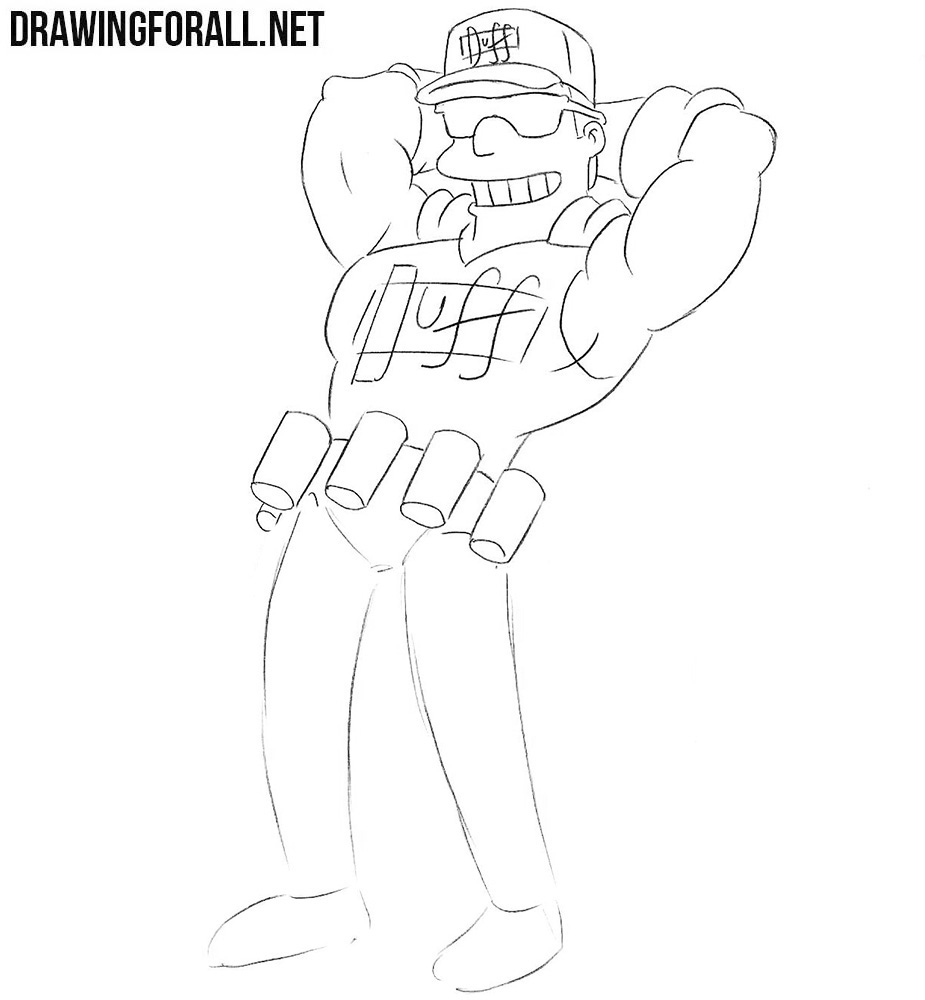 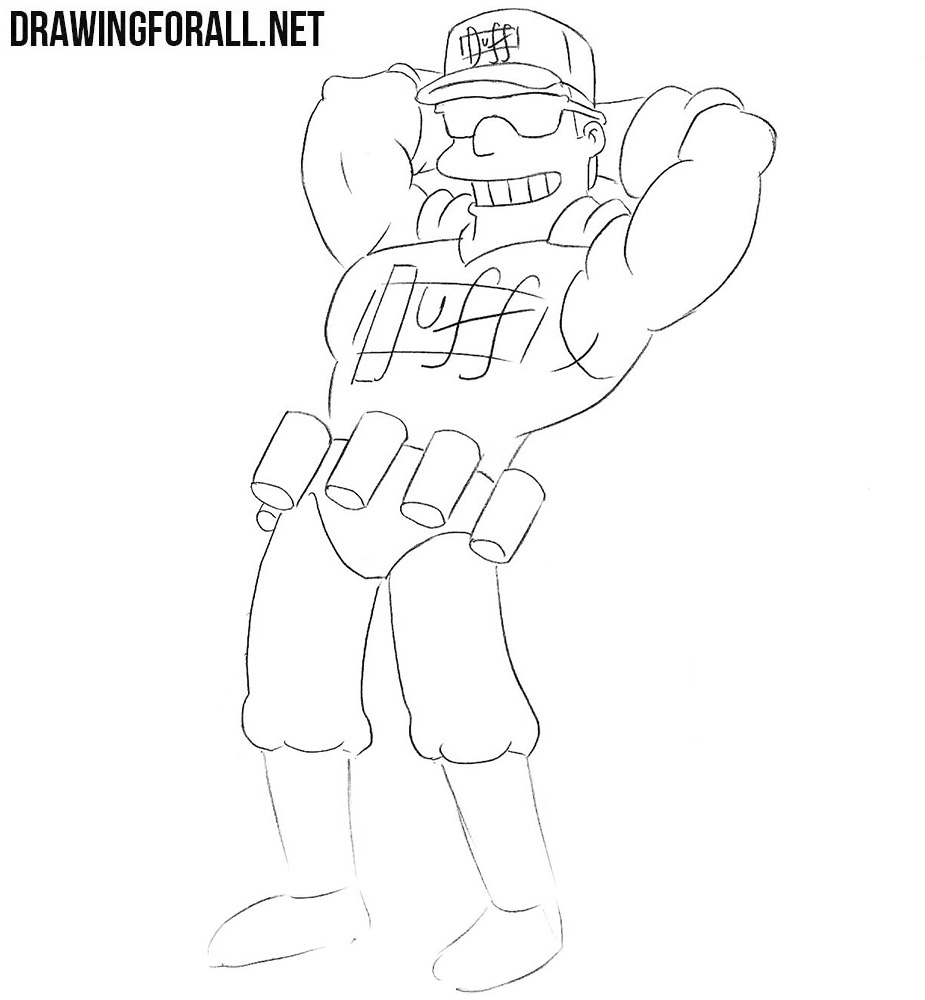 Another one pretty simple step of this lesson in which we will need to draw big Duffman boots. 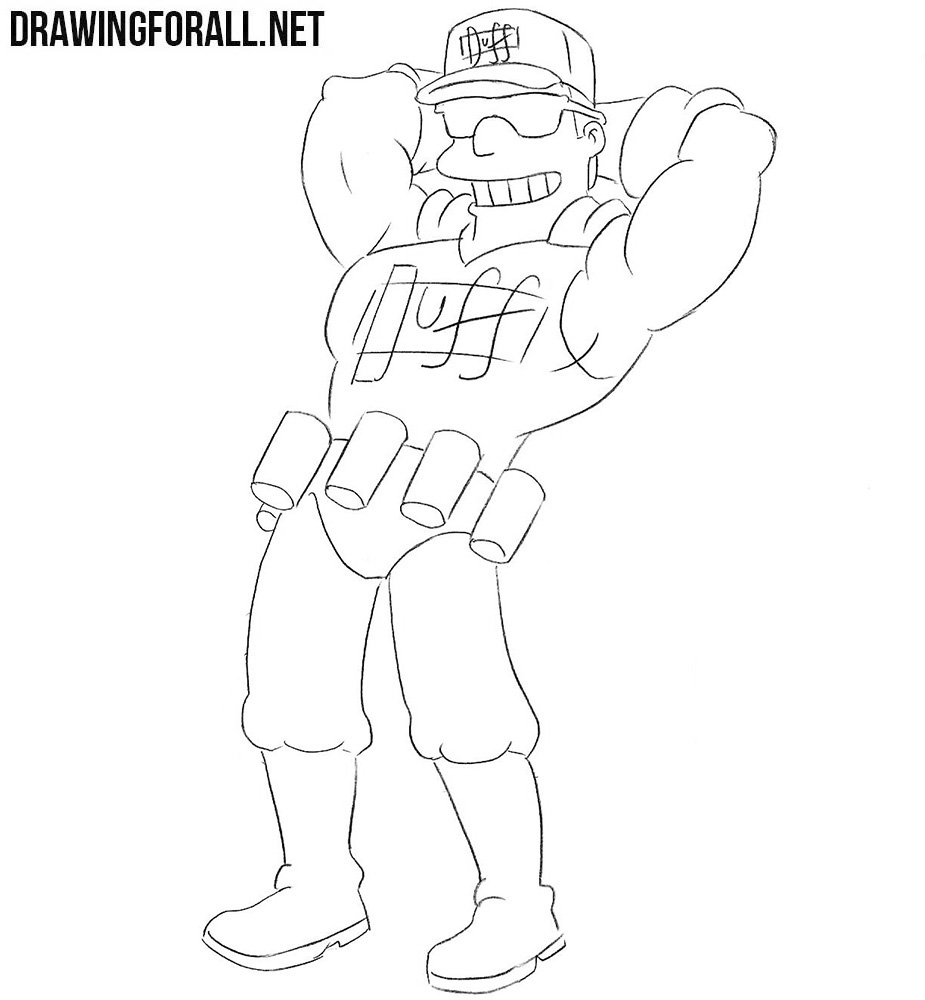 And the last step of this lesson in which we will need to draw a cape with the help of long and curved lines.