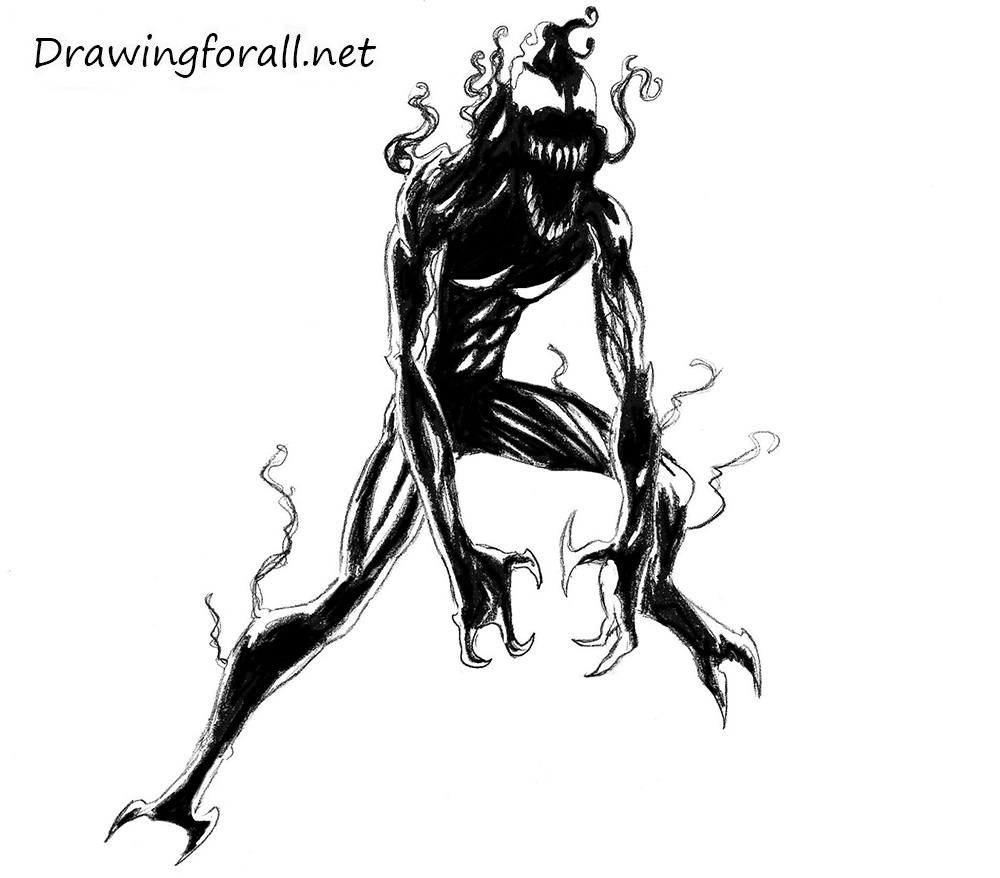 Have a nice day everyone! Today we have prepared for you a new drawing tutorial about Marvel Comics character.

It will be tutorial about horrible Carnage – frightening symbiote, the one of the hardest enemis of Spider-Man. In classic version, Carnage was alien from the space. But in “Ultimate Spider-Man” he was created from Peter Parker’s blood.

Carnage looks especially effective in Ultimate version, that’s why we prepared this lesson. So, let’s start and learn how to draw Carnage!

At the first step, we draw the stickman. Stickman is a man made of sticks and circles. We draw him to mark the pose and main proportions. The main features of Carnage’s figuire are disproportionately long hands and round head (man’s head have a inverted egg’s form). Legs are noticeably bent, spine has a little tilt. 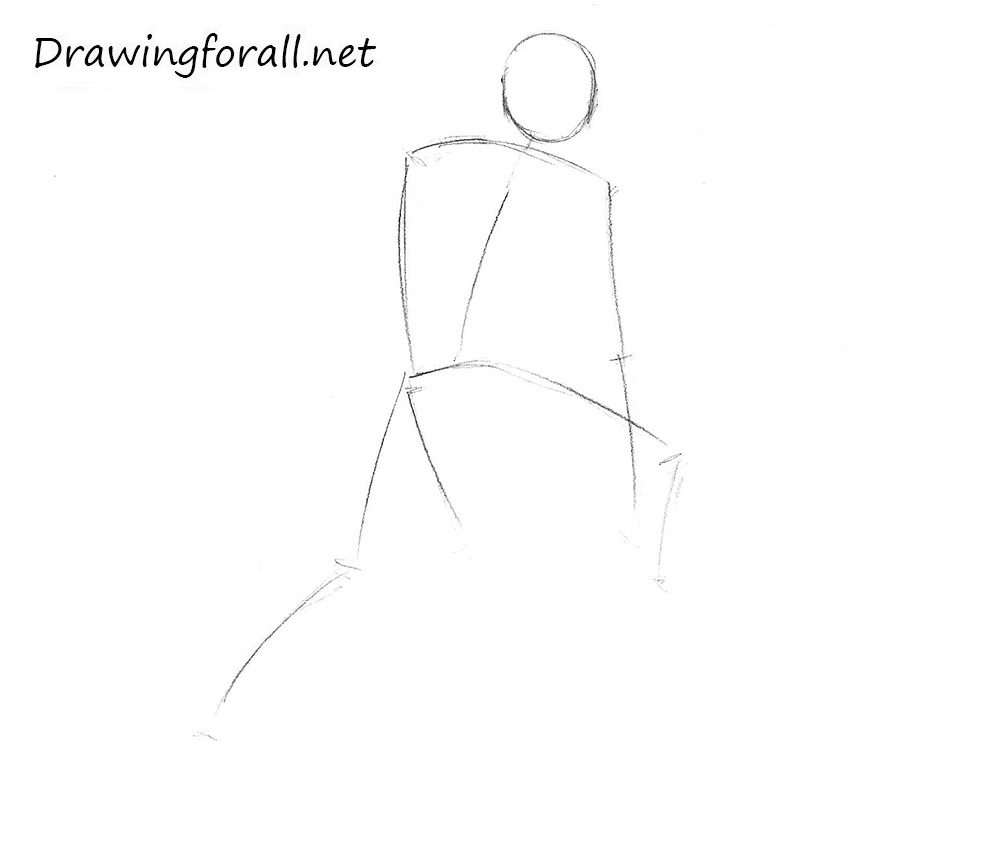 In this step we will draw mouth’s and low jaw’s outlines. Month is disproportionately big, this part of head bigger than the part from last step. It looks line a mouth of the character from “The Scream”. And, of course, sketch out the vertical line of the facial symmetry – this line is very helpful for the next steps. 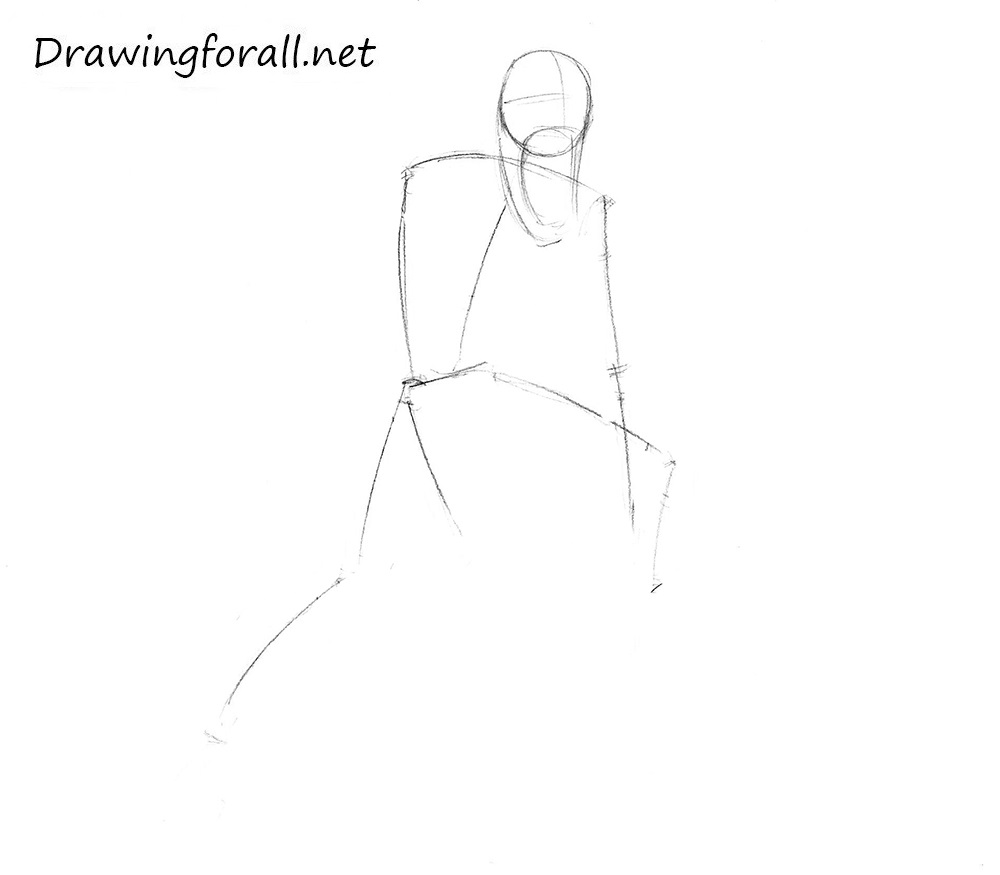 At this step, we start to add volume to the body. Draw the torso of Carnage and all parts of the hands, using ovals, circles and other round figures. Also in this step we draw clutches, three on every hand. 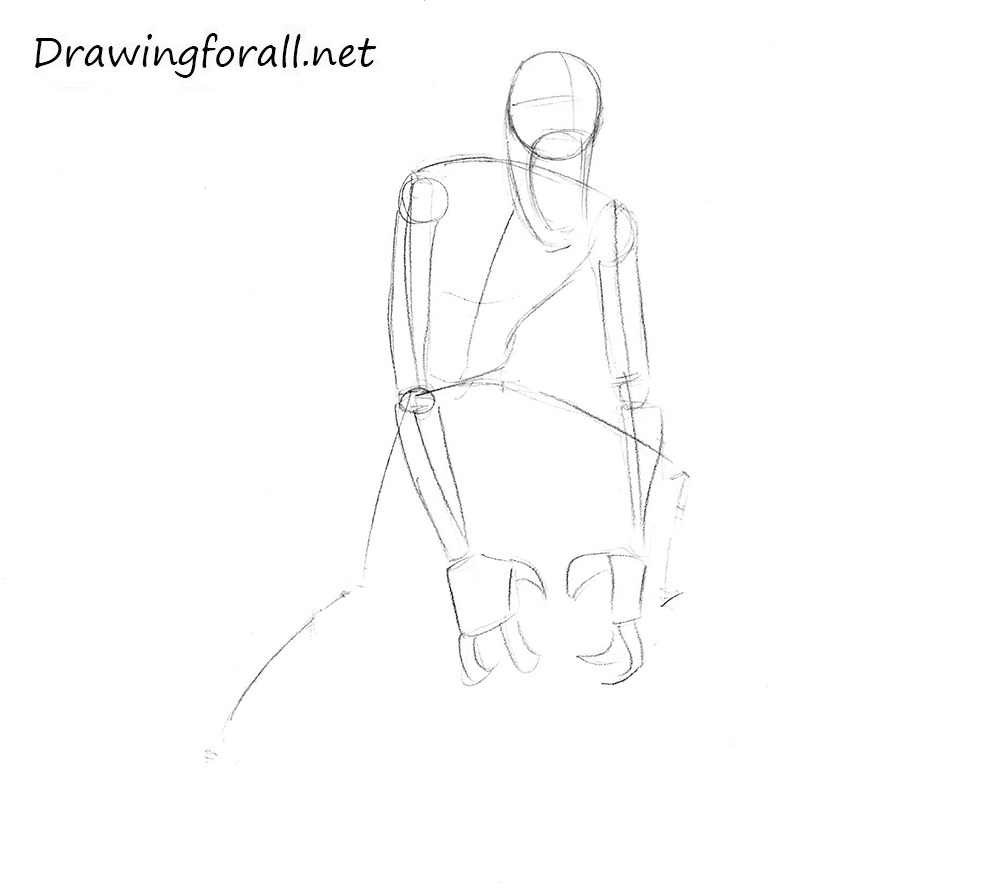 Let’s draw the lower part of the body of Carnage. Groin looks like triangle, hips like extended ovals. Knees are little round figures. Don’t forget about clutches. 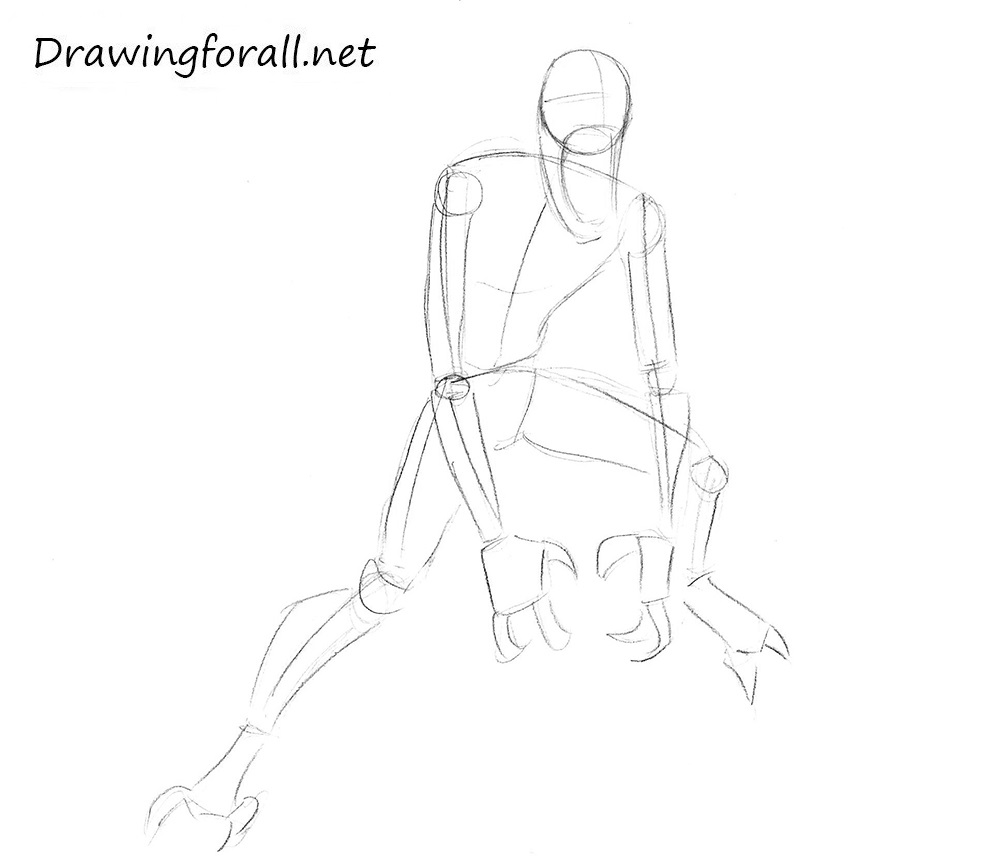 Let’s erase all auxiliary lines from the previous steps and darken the main lines. You should get something like this: 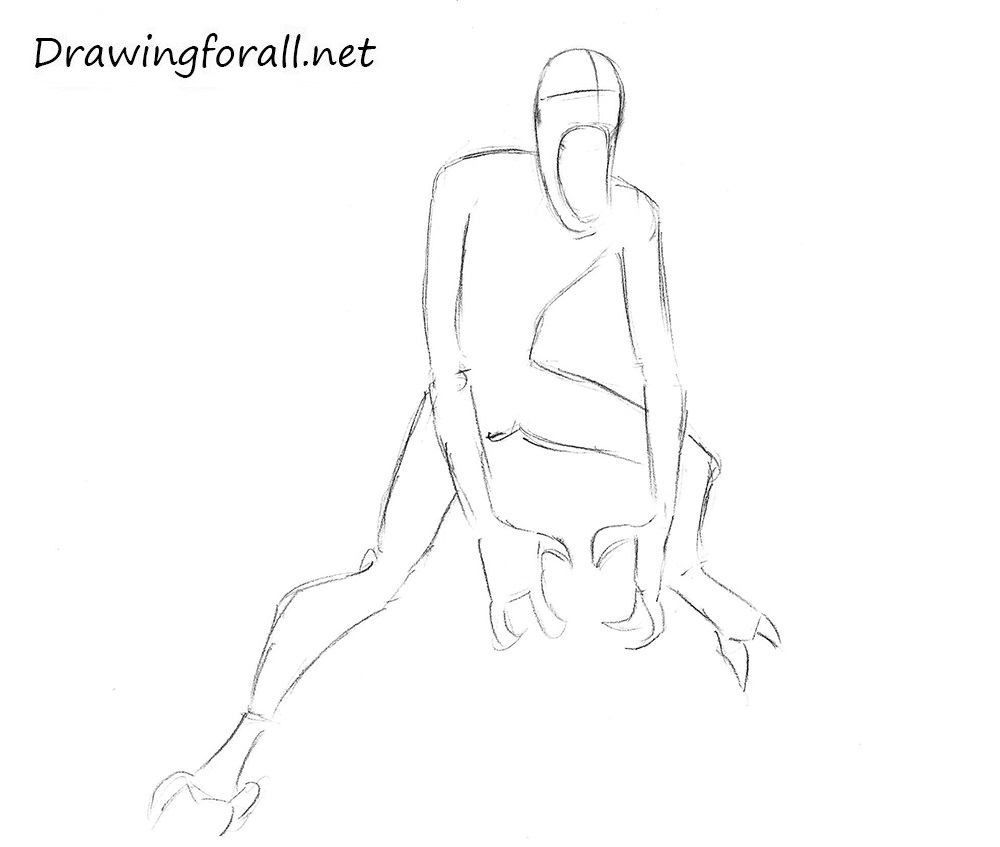 Let’s draw the horrible Carnage’s face. Using lines from the second step draw the eyes. Eyes have rough and ragged edges, they are ragged like geographical map’s borders.

Also in this step we will draw Carnage’s teeth – they should look like teeth of a shark. And the last action of this step is drawing of tentacles – they are located at the head and at the shoulders. 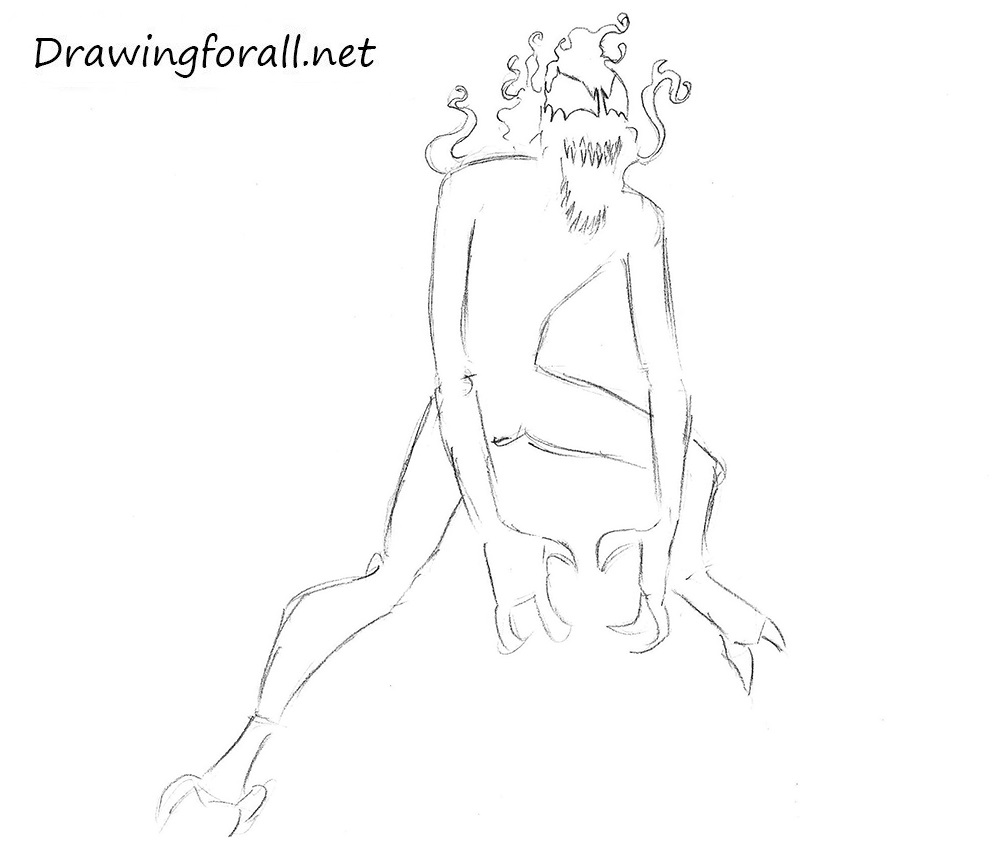 Now let’s draw the hands.This is not a particularly difficult job because Carnage’s hands just slightly thicker than the hands of the stickman. Practically in this step we just indicate the skinny shoulders of Carnage, the conditional biceps and forearms. At the end of the stage, draw a wavy parts of the body. 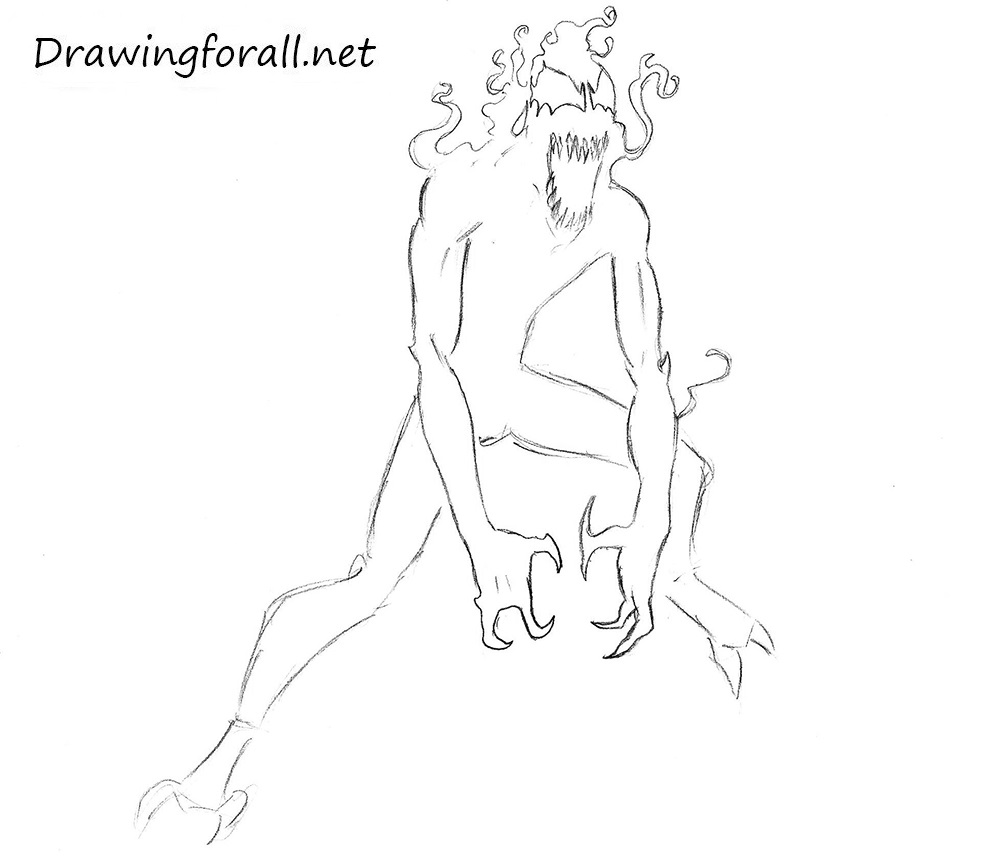 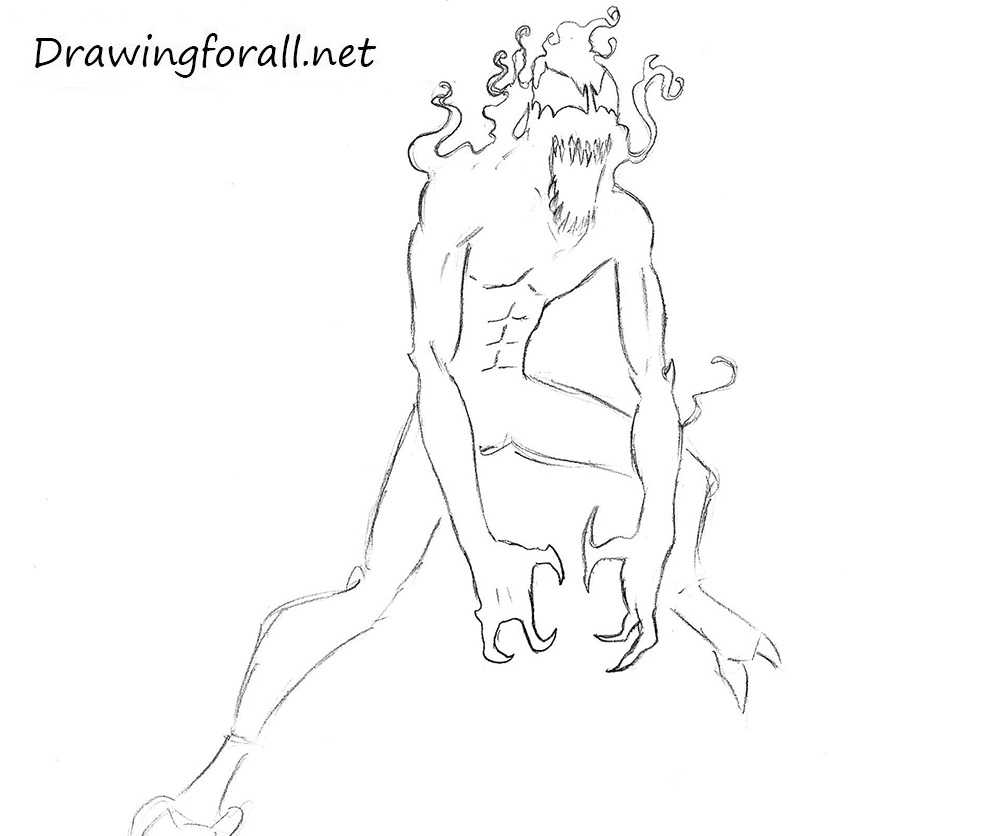 Now draw the legs. Erase the unnecessary lines, circle the contours of the legs, draw the “curls” around the calf muscles. On the disproportionately long feets draw two front claw, also long and sharp. 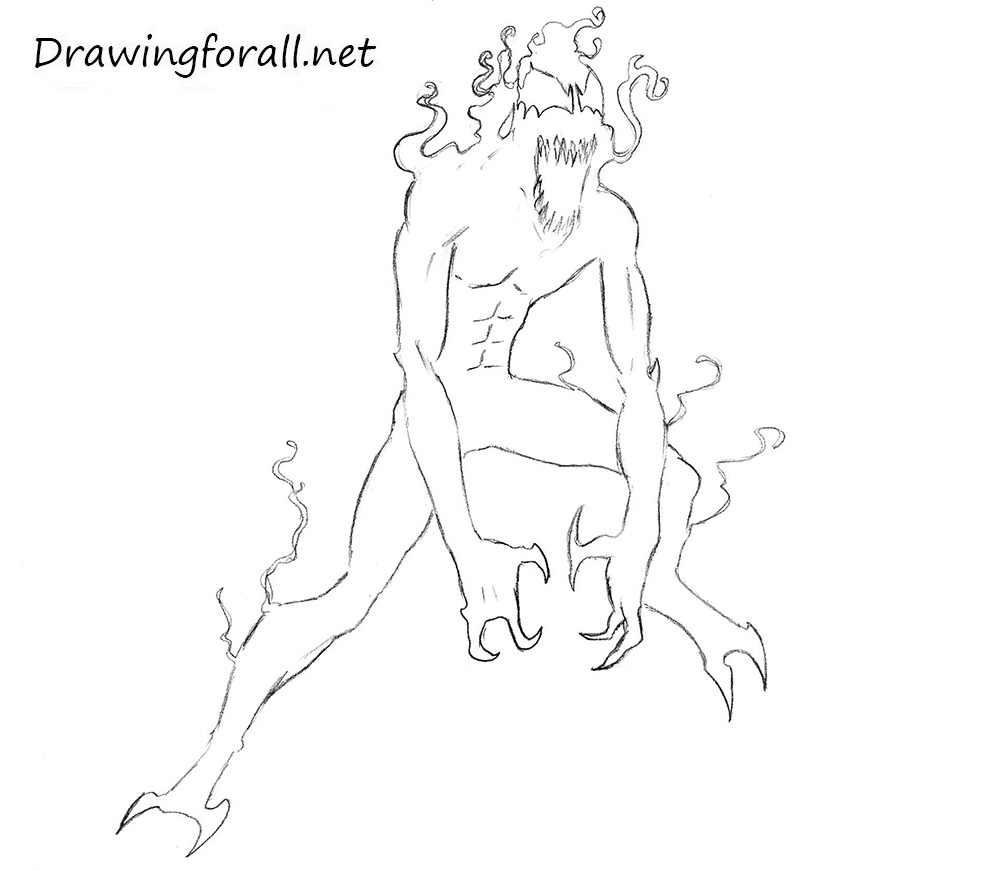 Now we’ll work with shadow. We will draw classic comics shadows – they should be dark and contrasting (as in tutorials about Scarlet Spider or Wolverine). Outline the areas that will be shaded. 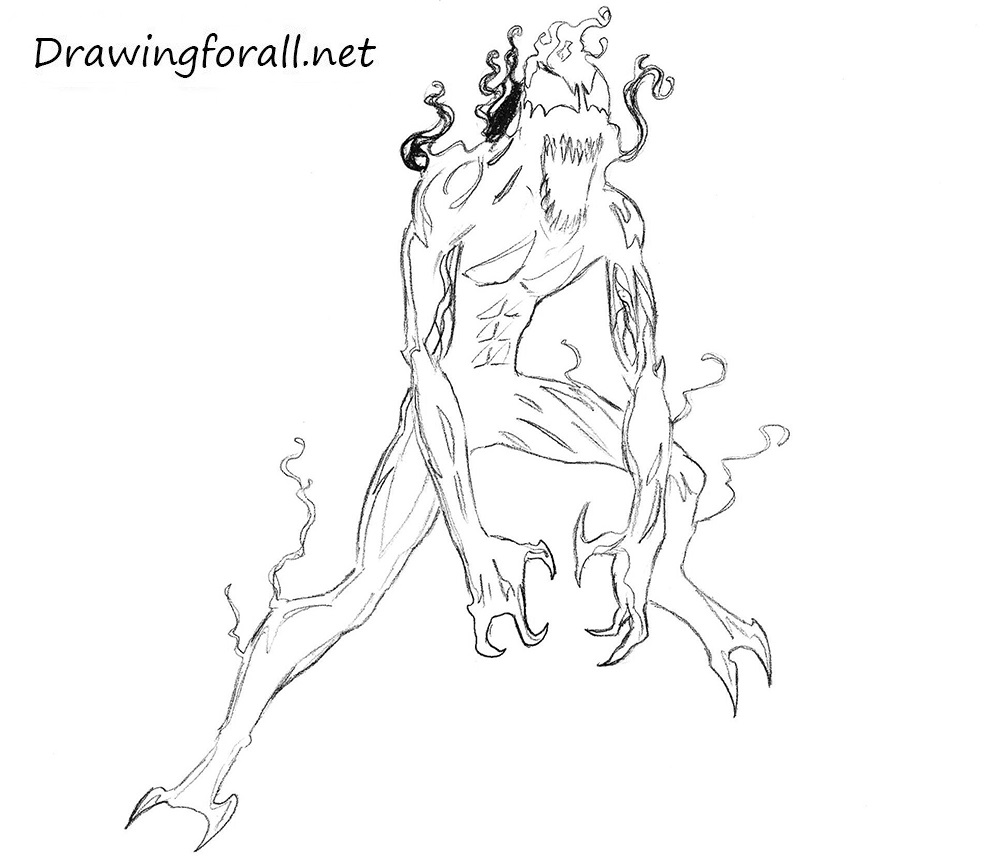 Good. Now add the shadow along the planned paths. As we have noted, the shadows in this tutorial are is very rough and simple.

So, it was the drawing lesson about how to draw Carnage step by step. We hope you enjoyed this tutorial. Stay tuned and wait for new drawing lessons on DrawingForAll.Net!