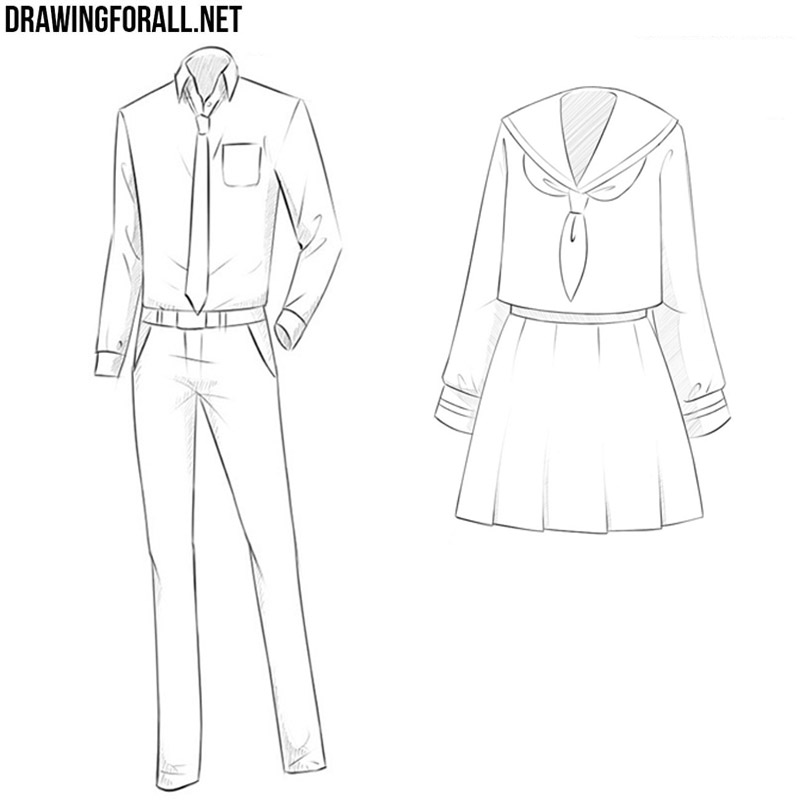 To draw men’s anime clothing, we first need to depict all the details in the form of simple geometric shapes. Use light lines to get such a loose clothing sketch. 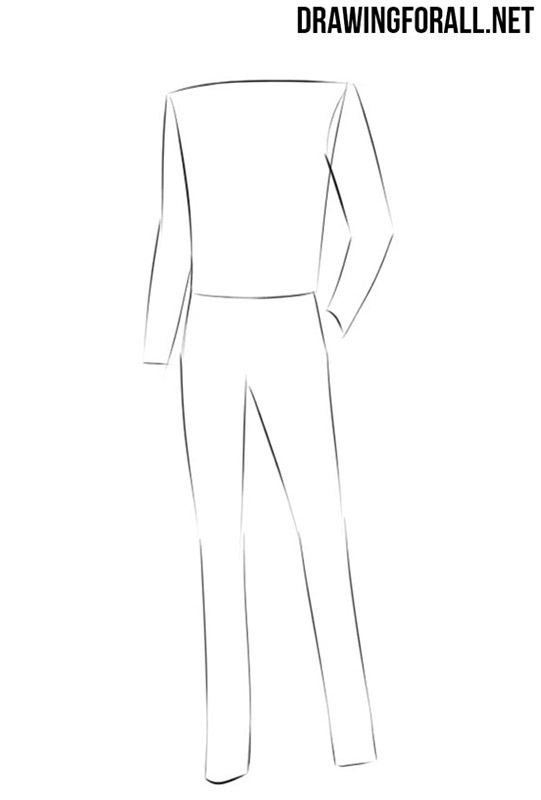 Now add the most noticeable and important details, such as the collar, tie, belt and pockets on your clothing drawing. All these lines as well as in the previous stage should be very light. 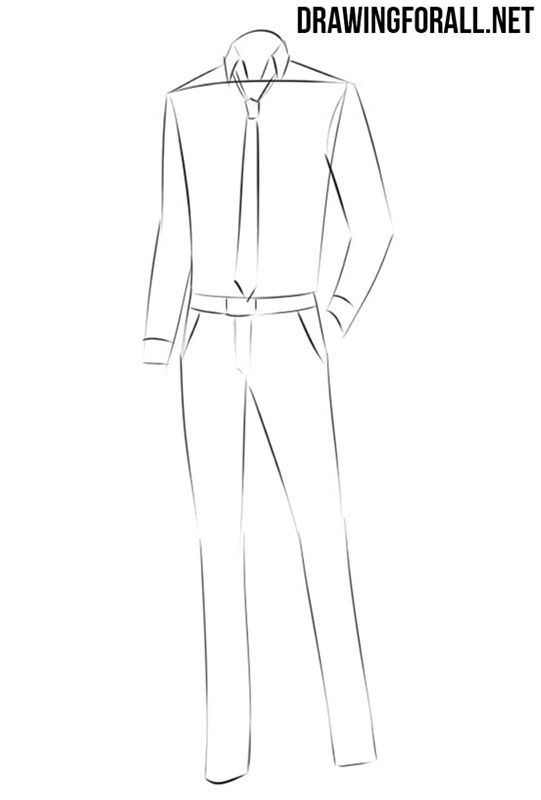 Now let’s make a drawing of anime clothing more detailed. To do this, trace all using dark and clear lines. Remove unnecessary guidelines and add details such as pockets, pleats, and seams. 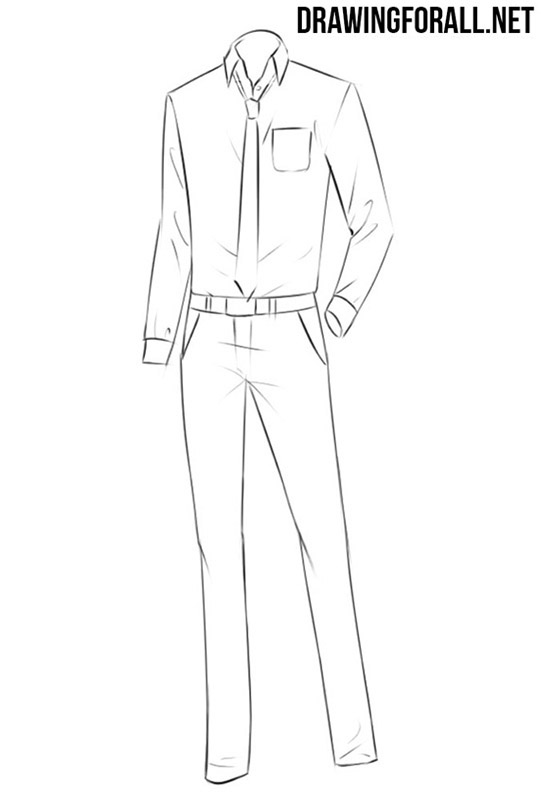 Finish drawing a male anime clothing adding shadows. First outline the contours of the shadows in the places indicated in our example, then fill the contours using a uniform hatching. 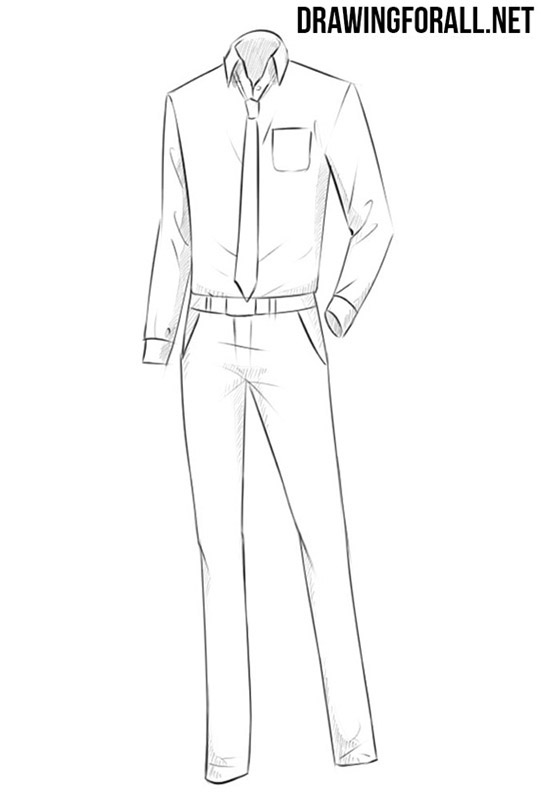 So, as you can see, it is quite simple to draw men’s anime clothing. You can replace the elements, for example by depicting a T-shirt along with shorts, instead of a shirt and trousers. Anyway, the very principle of drawing male anime clothing will remain the same. But to draw female anime clothes a little more difficult. Of course, you can depict a shirt and pants on a girl, as you could see higher, but in the anime we often see skirts, dresses and blouses on anime girls. And so below we will show how to draw an anime skirt and blouse. 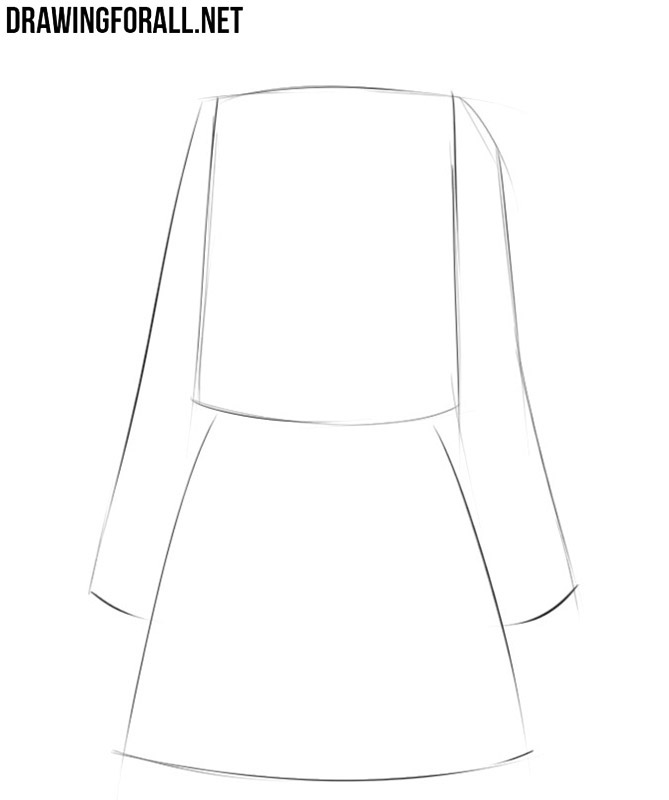 Now let’s add the most important and integral parts, such as the bandage around the neck, cuffs and pleats at the lower part of the skirt. 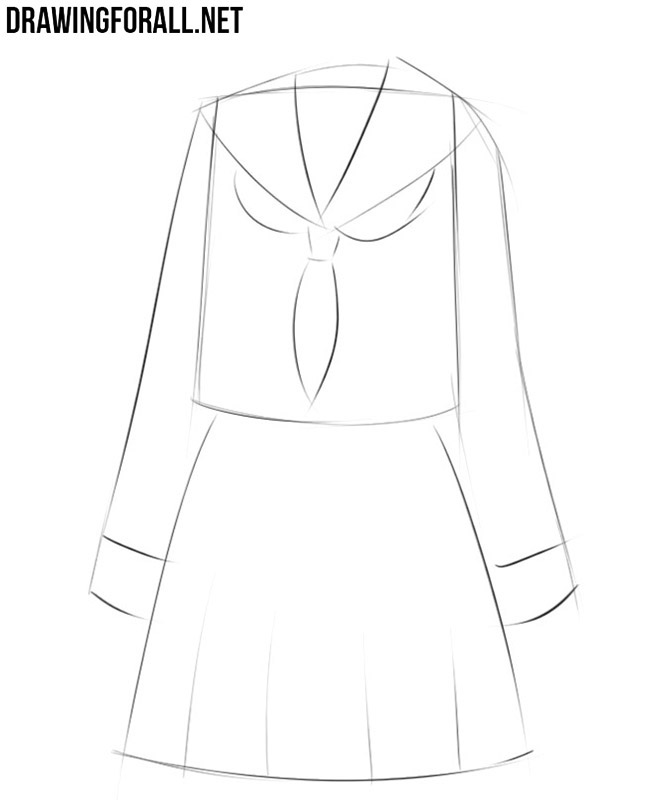 Now using clear and dark lines, trace everything with dark and clear lines. Draw folds and additional details, as shown in our example below. 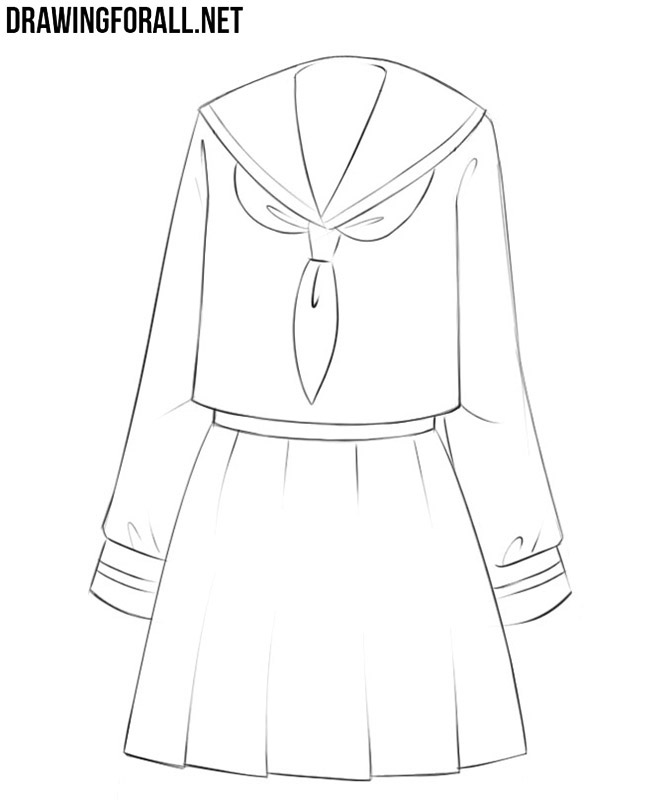 And the finishing stage that will be made with the help of hatching. First, we create the contours of the shadows and then fill these areas with the help of this very hatching, just as was shown in the example with the male anime clothing. 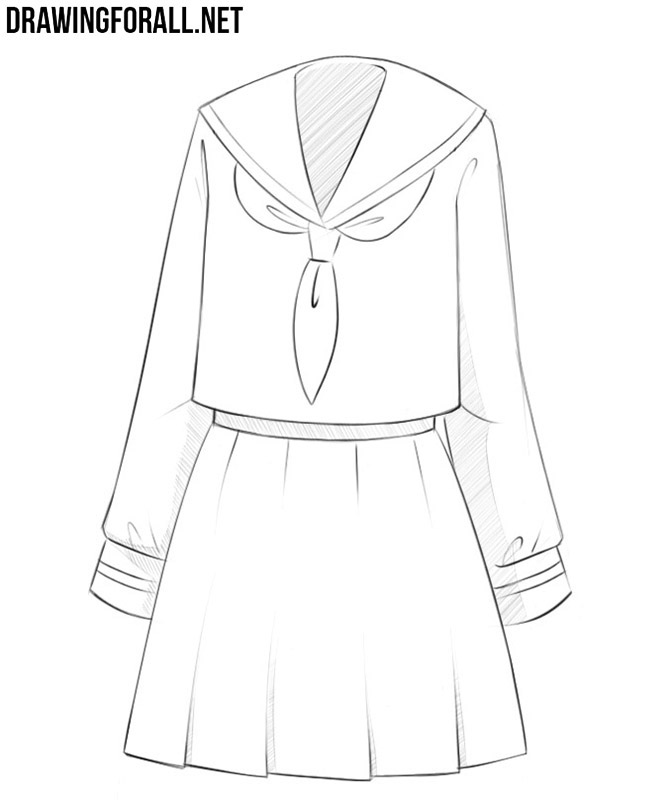 So above we showed you how to draw anime clothes. This lesson will be very important for those who want to learn more in depth to draw anime. Try to change the details, try to sketch anime clothes from different points of view and of course the most important thing, try to depict these very anime clothes on anime characters.