Anime is one of the most popular and beautiful forms of visual art. And in this tutorial we will show you how to draw an anime nose.

The fact is that in the anime there are a huge variety of how to draw noses. How the nose looks depends on many factors – on the age, gender, and even the alignment of the character. Below we will try to most widely show all the ways to draw anime noses.

Most often, the nose in anime is drawn as a simple line. Or two lines that indicate the appearance of the nostrils or the tip of the nose. 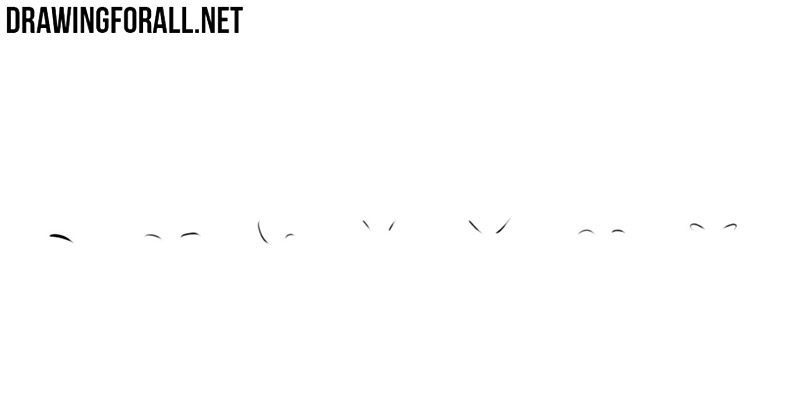 Anime nose can draw a little more complicated. To do this, you can add a slightly curved nose bridge to the simple lines from the figure drawing above. The line of the nasal bridge can be of various forms, you can see this in the drawing from the artists of Drawingforall.net below. 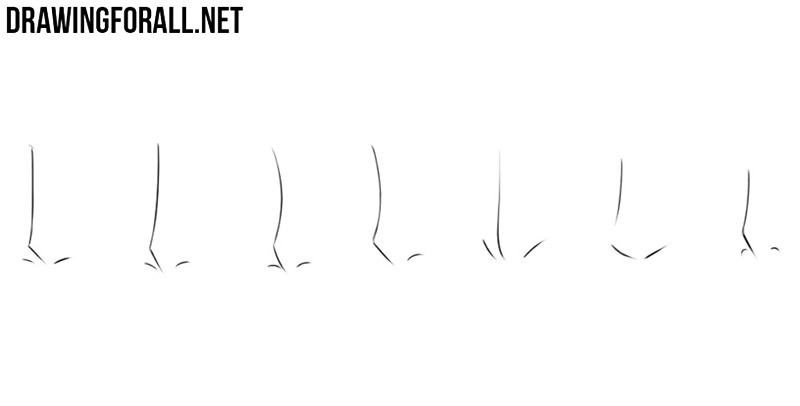 Pay attention to how the nose will look from the side. In its simplest form, it appears as two lines – the bridge of the nose, and the lower line of the nose. To it you can add a short line of the nostril. Also note how different noses can look like in anime. 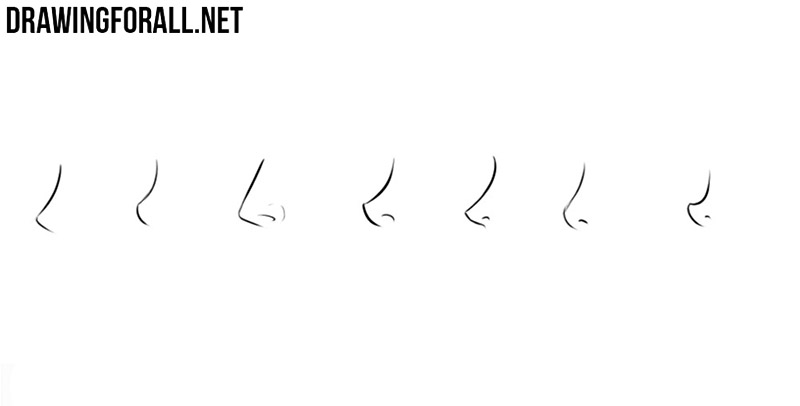 To make the anime nose drawing more complex, you need to add some shadows. In the anime shadows are drawn very easily. First, it is necessary to depict the outlines of the shadow itself, then, using a dense but light hatching, paint over this area of the shadow. 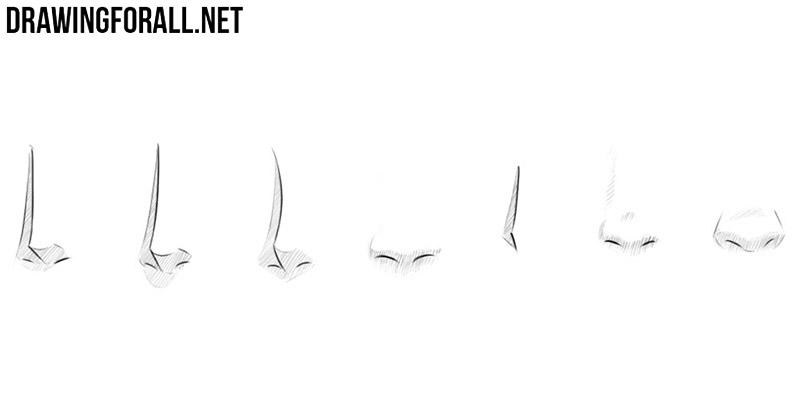 In the figure below, we tried to show you how the noses look from many different points of view. Try to repeat them, not forgetting to apply the shadow in the same way as shown in the example from the artists of Drawingforall.net.

As you could see, it was quite easy to learn how to draw an anime nose. We repeat once again all the important points.

And most importantly – try to draw an anime nose not only separately from the whole body, but also as a part of a portrait. Go to our art instruction on how to draw anime and try to repeat the whole picture, applying the knowledge gained in this article when you will draw a nose.