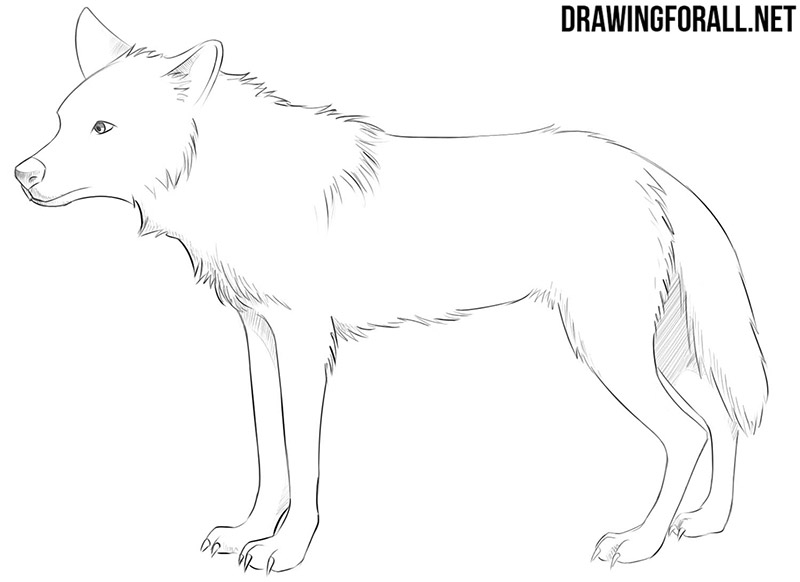 Our readers love to draw anime, and also our readers love to draw animals, so in this instruction about how to draw an anime animal, we decided to put these two themes together in one. Our readers actually asked us for a long time to show how to draw an anime animal, but we thought which animal would be best to describe. We cannot show in one article how to draw all existing animals in the anime style, but we can well describe all the principles and tricks that you need to depict any animal in this beautiful drawing style. And we decided that the wolf will serve as the most suitable animal for example.

To properly draw an anime animal, we first sketch the skeleton of the creature, so as not to be mistaken in proportions. At first we depict a round head and a muzzle in the form of a cylinder. Next, with the help of two circles, sketch the chest and pelvis. Using simple lines outline the neck, spine, tail and limbs. 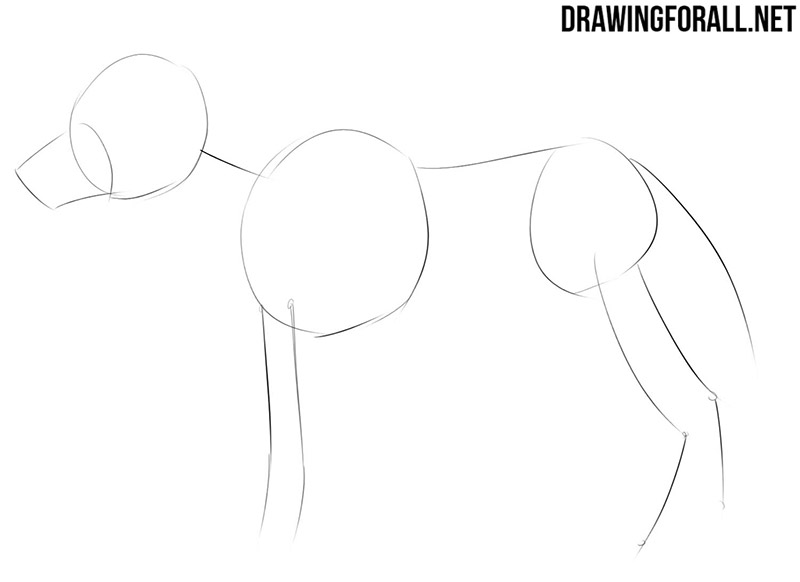 Let’s add some volume to the anime animal figure, creating a kind of a dummy. First sketch out the cylindrical neck of the wolf and join the chest and the pelvis. Next, depict the legs and tail, as the artists of Drawingforall.net did. Do not forget to outline the eyes and ears. 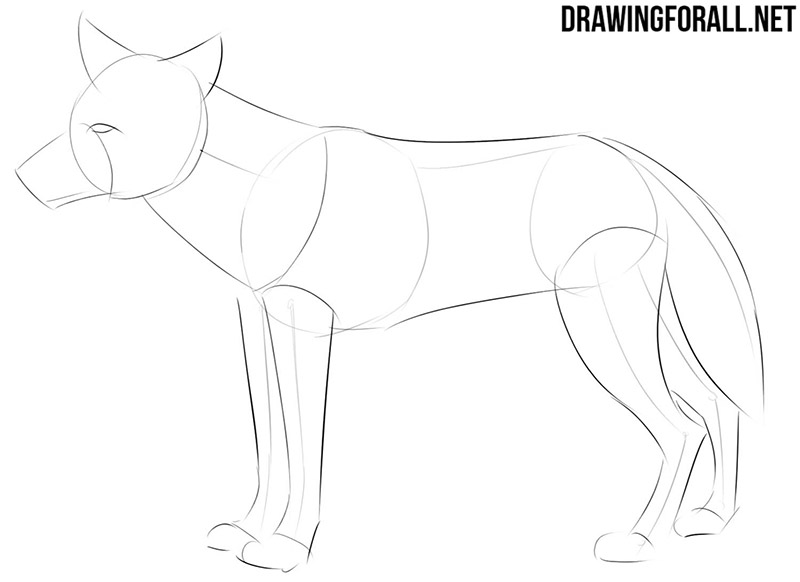 Now we need to depict the most noticeable details to the anime creature sketch. Let’s start with the head, sketching the mouth and nose. Next, depict the pupils. Using smooth lines, correct the outer contours of the picture and add fur in the neck, tail and in the junction of the torso with the limbs.

A rough base sketch is drawn, and it’s time for us to start depicting an anime animal in more detail. By tradition, we must start with the head. Using clear and dark lines, trace the head, gradually removing all auxiliary lines. To make your animal drawing more like anime, try to combine sharp and smooth lines as we did.

Using clear and dark lines, draw out lush fur around the anime animal’s neck. Next, move to the legs, drawing the forelimbs, as our artists did in the picture below. Carefully depict the fingers and claws to make your manga animal sketch look more realistic. 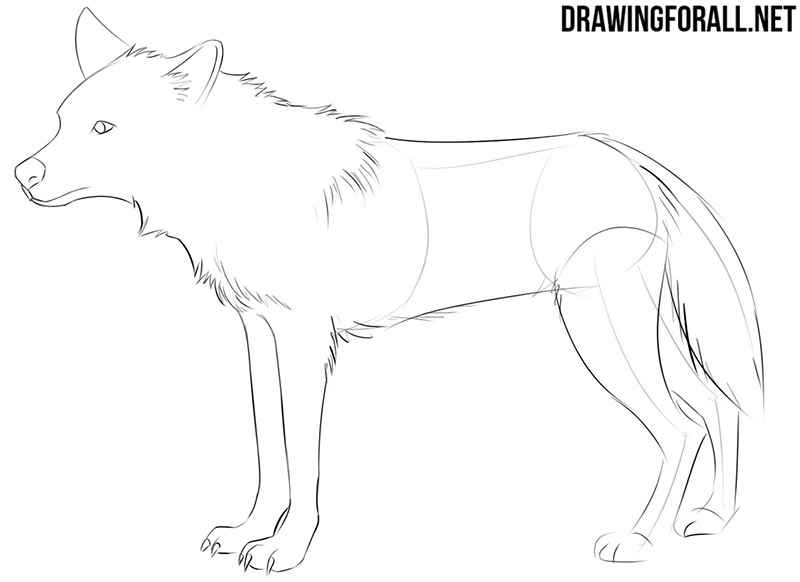 Continuing the neck lines, trace the torso and hind limbs, drawing the fur on the abdomen and tail. Give the final look to your anime creature drawing (in our case, the wolf anime), erasing all the remaining guiding lines with the help of an eraser. 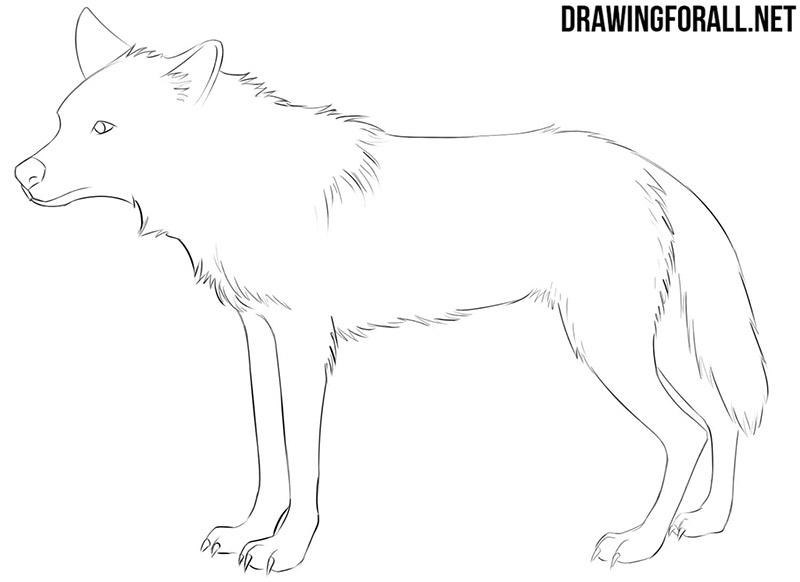 In the anime always used simple enough shadows, which lie in the small areas. Using hatching, add shadows in areas as in the example that made by the artists of Drawingforall.net. Also, do not forget to paint the eyes, leaving a little glare.

As we said in the intro, we tried to make a kind of basic instruction on how to draw an anime animal. In this guide, we collected all the basic tricks and tips with which you can study to depict any creature in this style. That is, using this lesson, you can quite successfully draw an anime fox or a dog. If you want more lessons on anime animals, then write us about it in the comments here, or in our social networks.