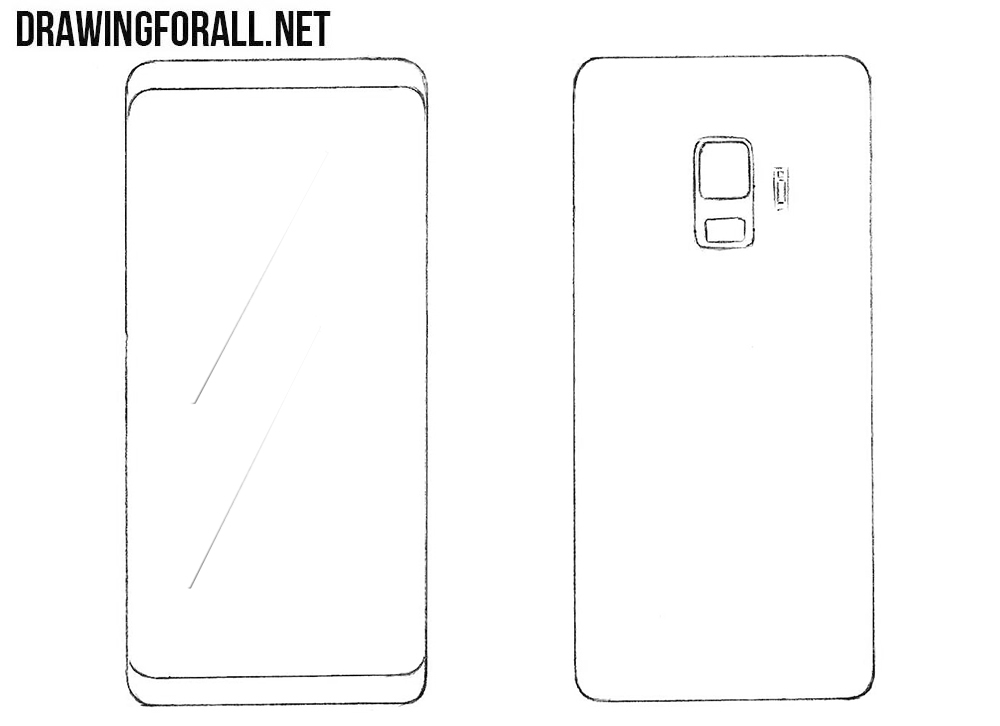 The first thing to do is to draw two rectangles (well, or one if you draw a smartphone on one side). 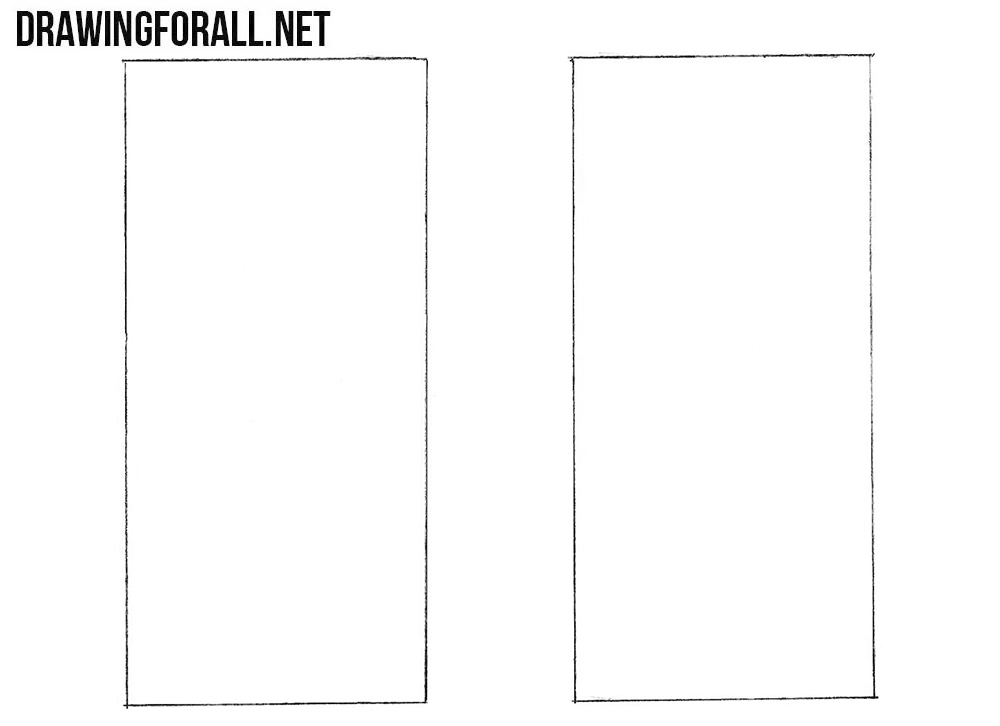 Now with the help of short and curved lines round off the angles of our smartphone from Samsung. 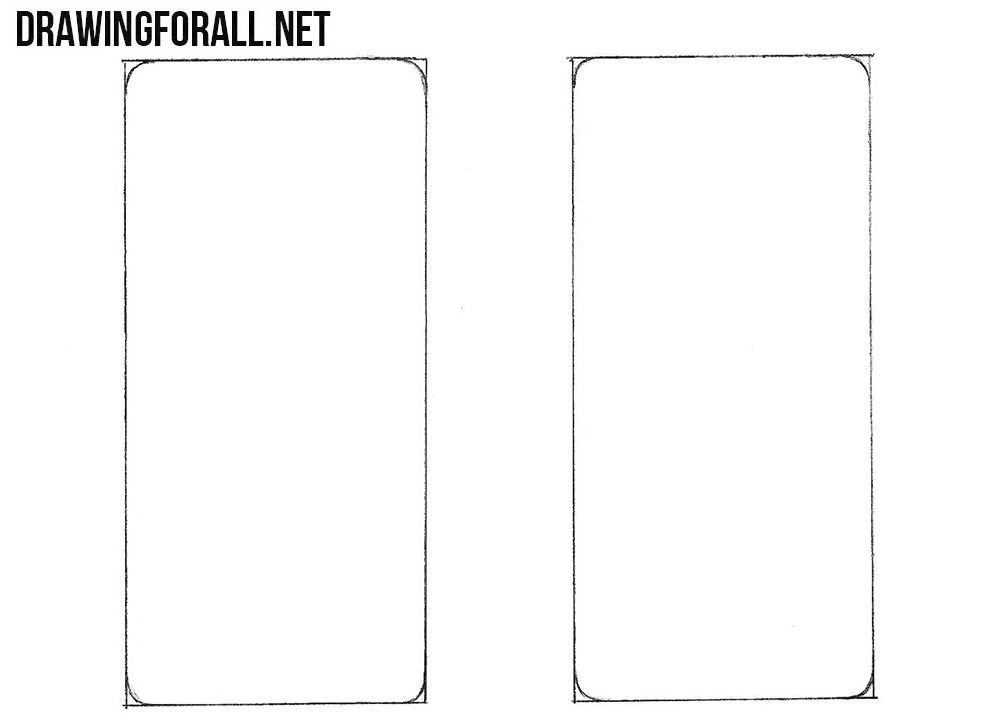 Here we need to do a little – we just need to erase excess lines of angles. 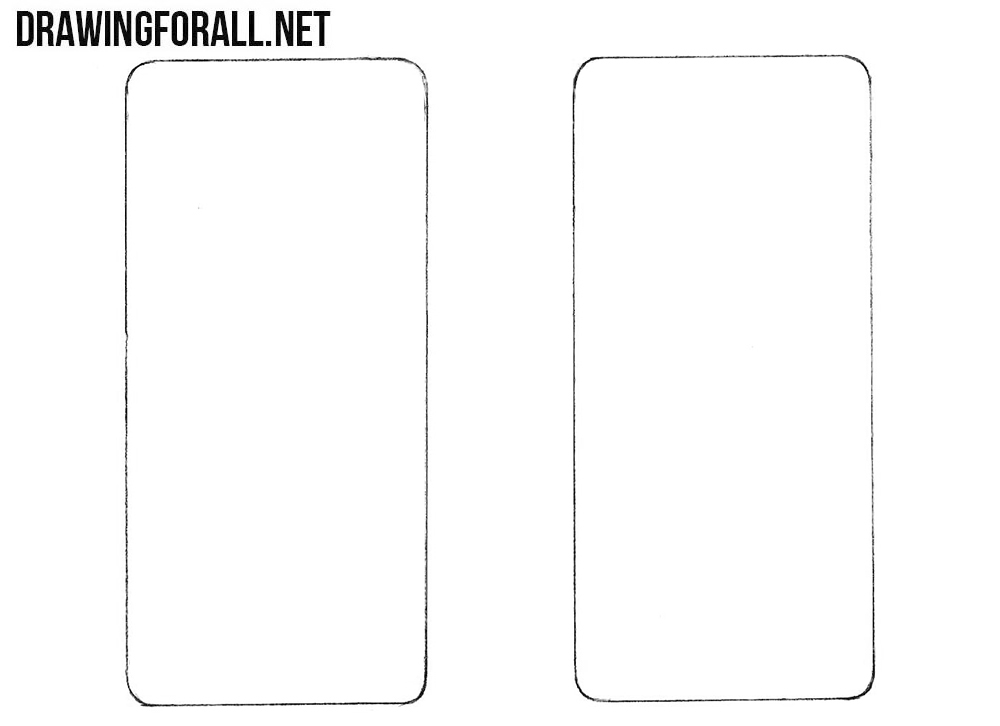 On the front side of the Samsung smartphone we draw a screen outlines. Note that we have drawn a smartphone without side edges. 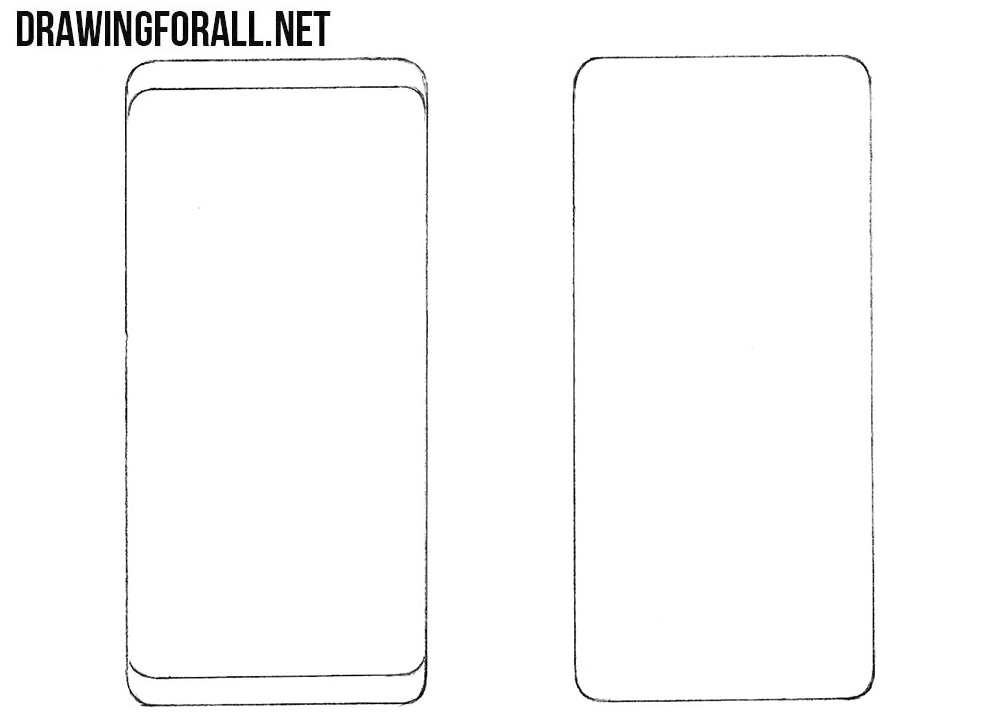 On the back side of the Samsung smartphone draw a camera. On the smartphone screen using a pair of lines sketch out the glare.

In our time, all smartphones are quite similar to each other. The fact is that in 2007 Apple set the fashion for the appearance and design of smartphones, and this appearance of smartphones was adopted by all other companies producing smartphones. Note that the distinguishing feature of smartphones from Samsung is their characteristic camera, located in the center of the body, unlike smartphones from Apple, where the camera is closer to the edge. But anyway, if you could master this drawing lesson, then you can easily draw other smartphones using the methods shown in this lesson.