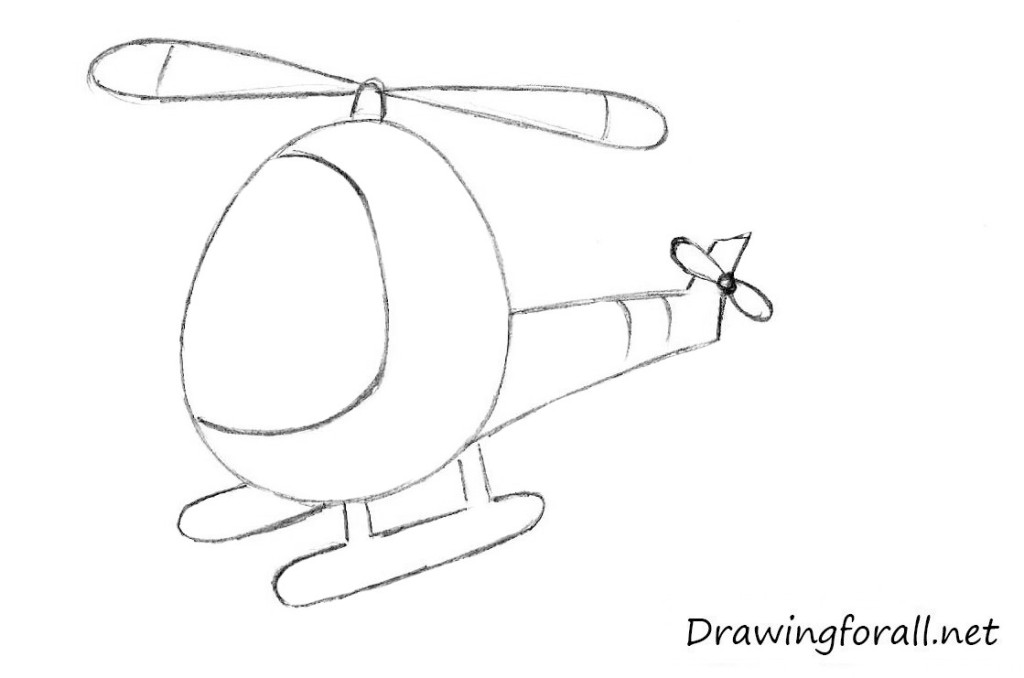 Hello, everyone! Today we have decided to publish a very simple tutorial designed for emerging artists. And in this drawing lesson we will show you how to draw helicopter for kids! And as all our tutorials from the category “For Beginners” (for example how to draw a frog or how to draw a teddy bear), this lesson will be very simple. So, let’s start the tutorial.

At first draw an oval, which should be very similar to the egg or the head of Ike from South Park. 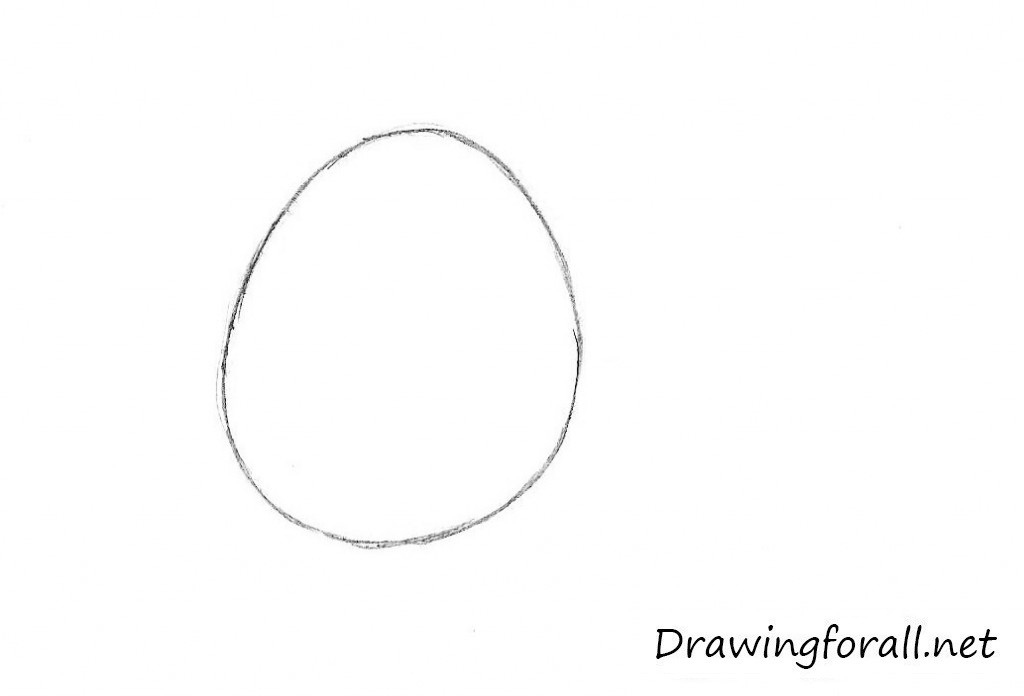 At the second step, using a curved line we draw the cabin. 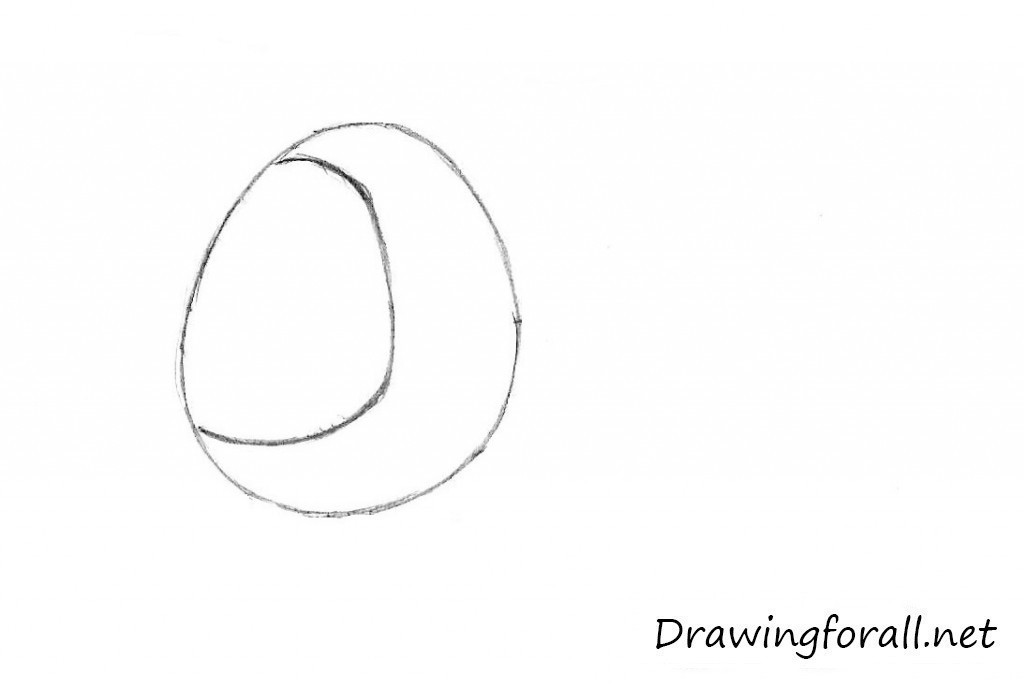 At the top of the oval, we draw the rotor blades. Note that it very similar to the infinity sign. Draw short lines on the tips of the blades. 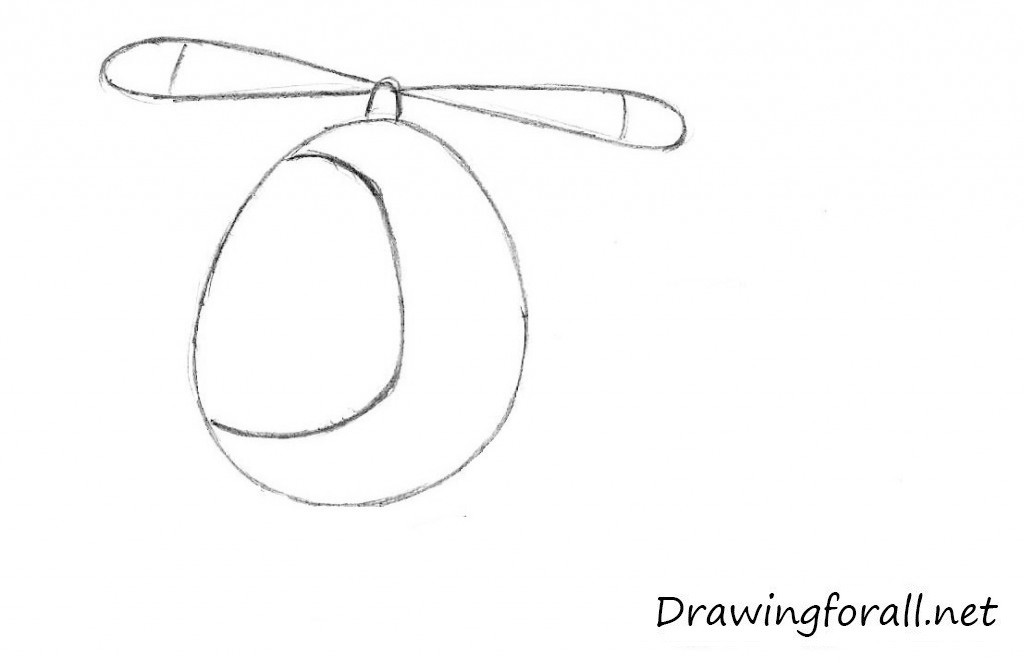 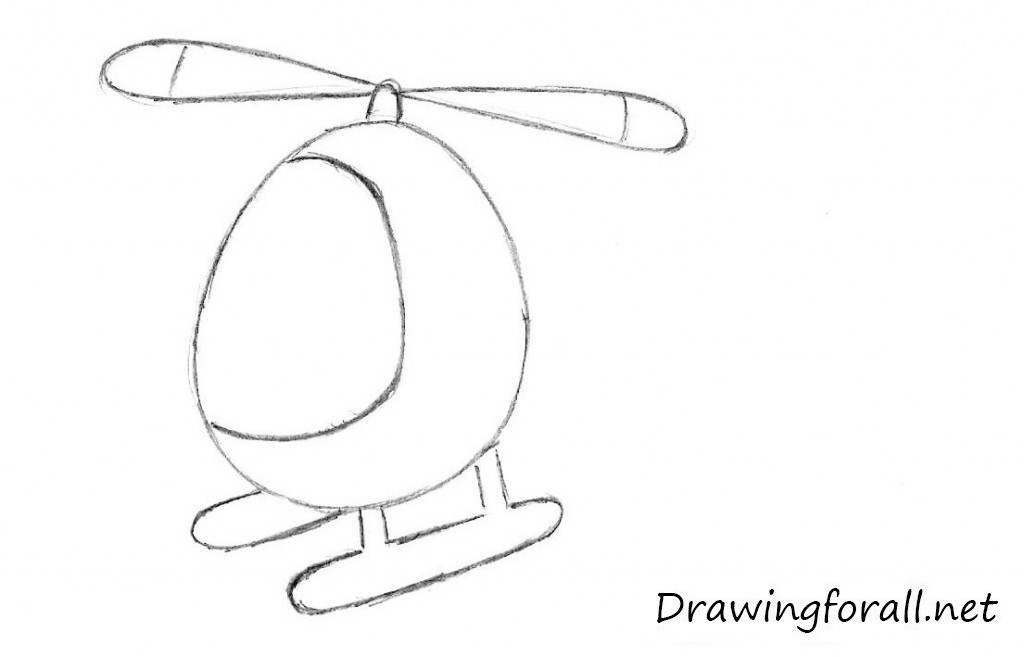 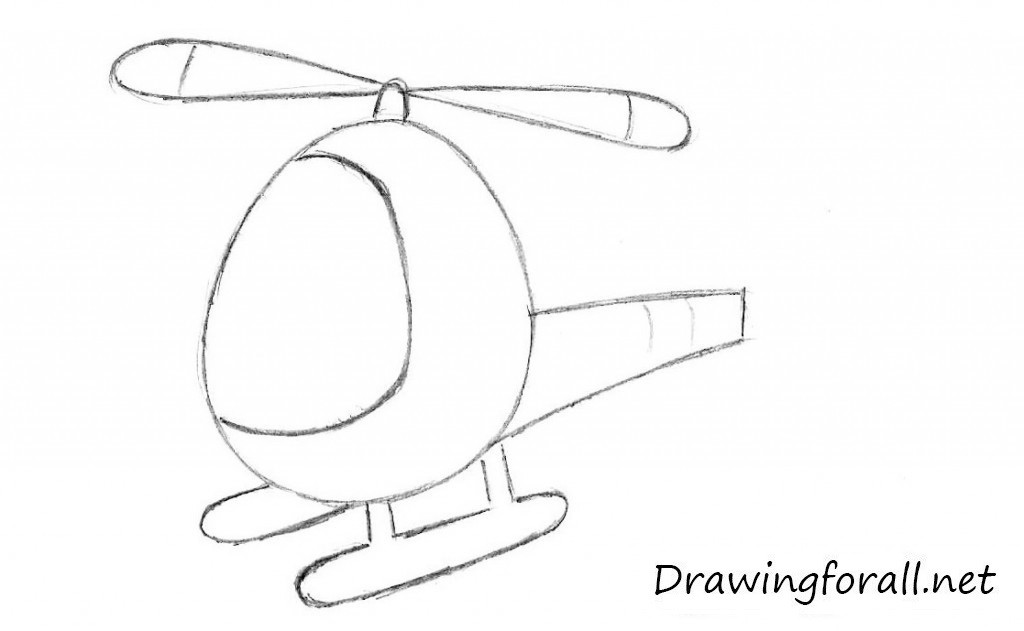 So we got to the last step. Using short lines draw the tail fin. Draw the tail rotor in the form of a figure eight.

It was drawing the lesson about how to draw a helicopter for children. We hope this simple tutorial was interesting for you. But if it was too easy, try to draw Wolverine or a samurai using our complicated lessons.