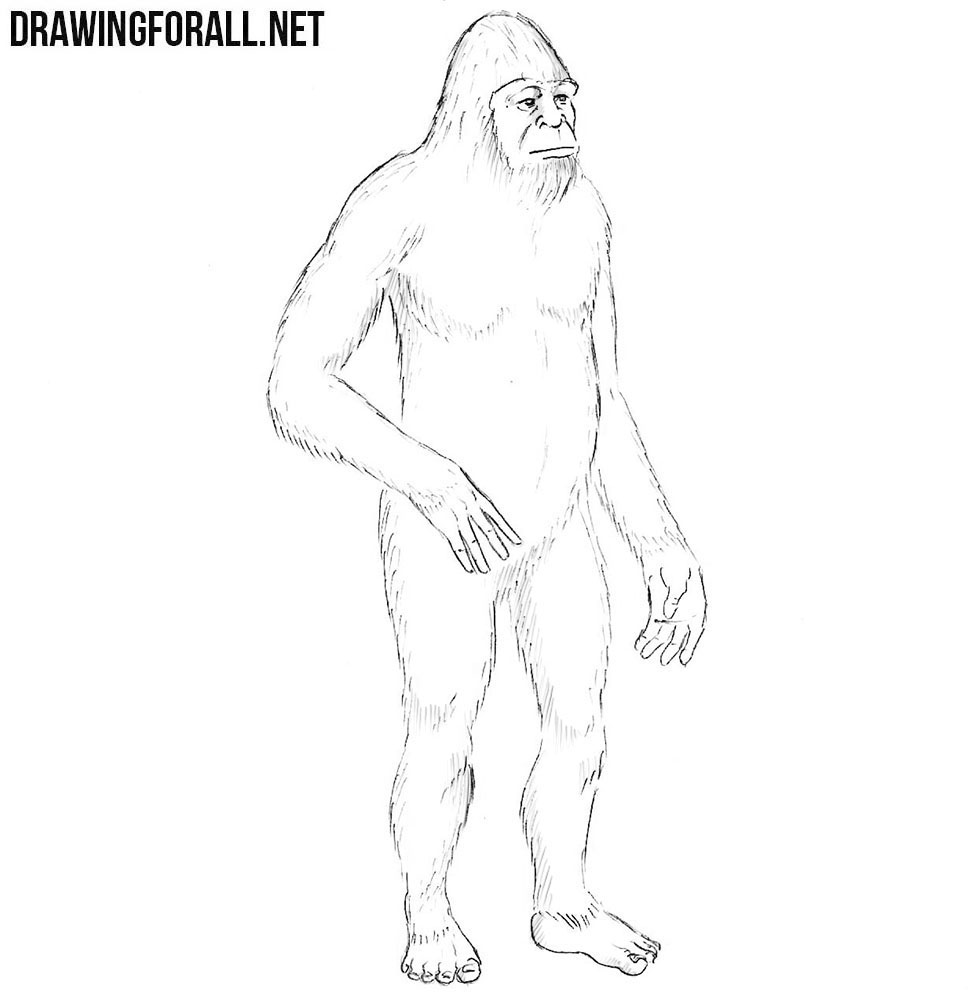 In our world for tens of thousands of years of the existence of human civilization there has appeared a huge number of very different myths and legends. Many of them exist today, in the age of high technology. And today we will show you how to draw the Yeti step by step – one of the most famous creatures from urban myths of our time. 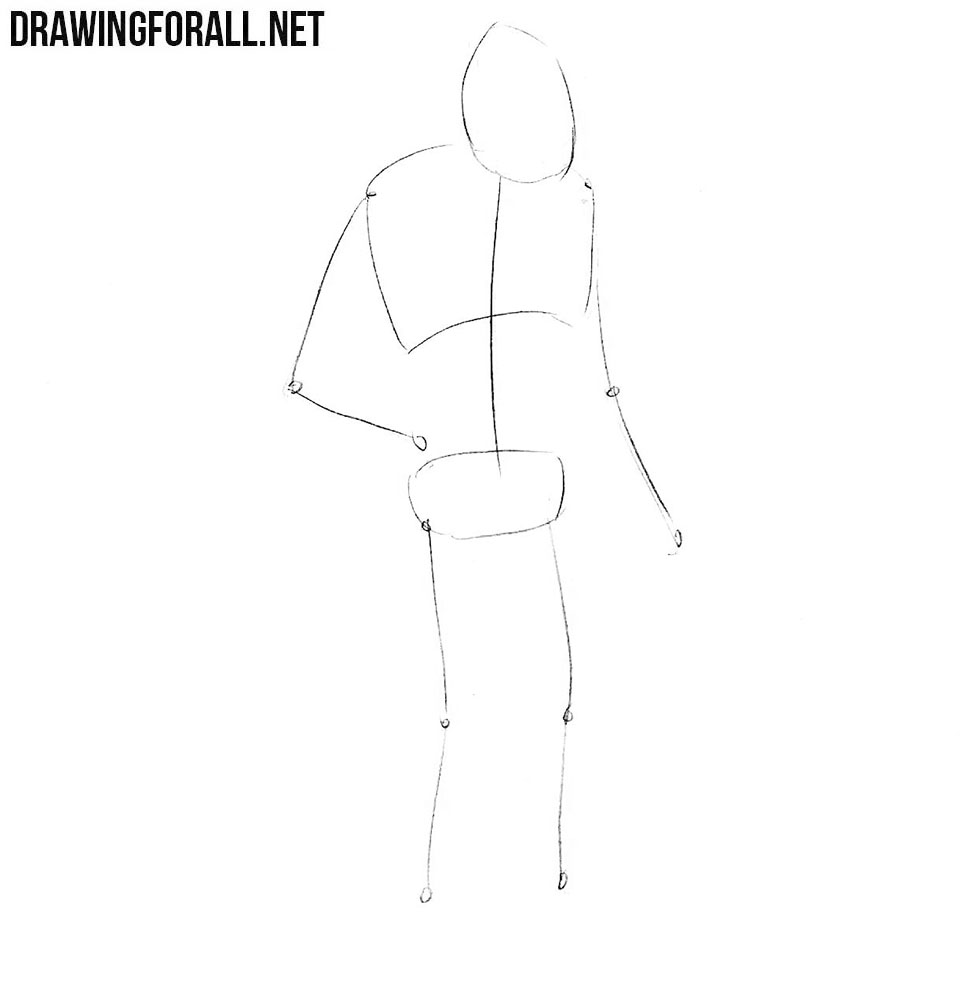 Now we will add the volume to the figure of our Yeti. The first thing we do is draw two lines on the head that will help us draw the details of the face in the next steps. Next, outline the shape of the torso, arms and legs with simple geometric shapes, as shown in our example. Note that the proportions of the arms and legs resemble monkey proportions. 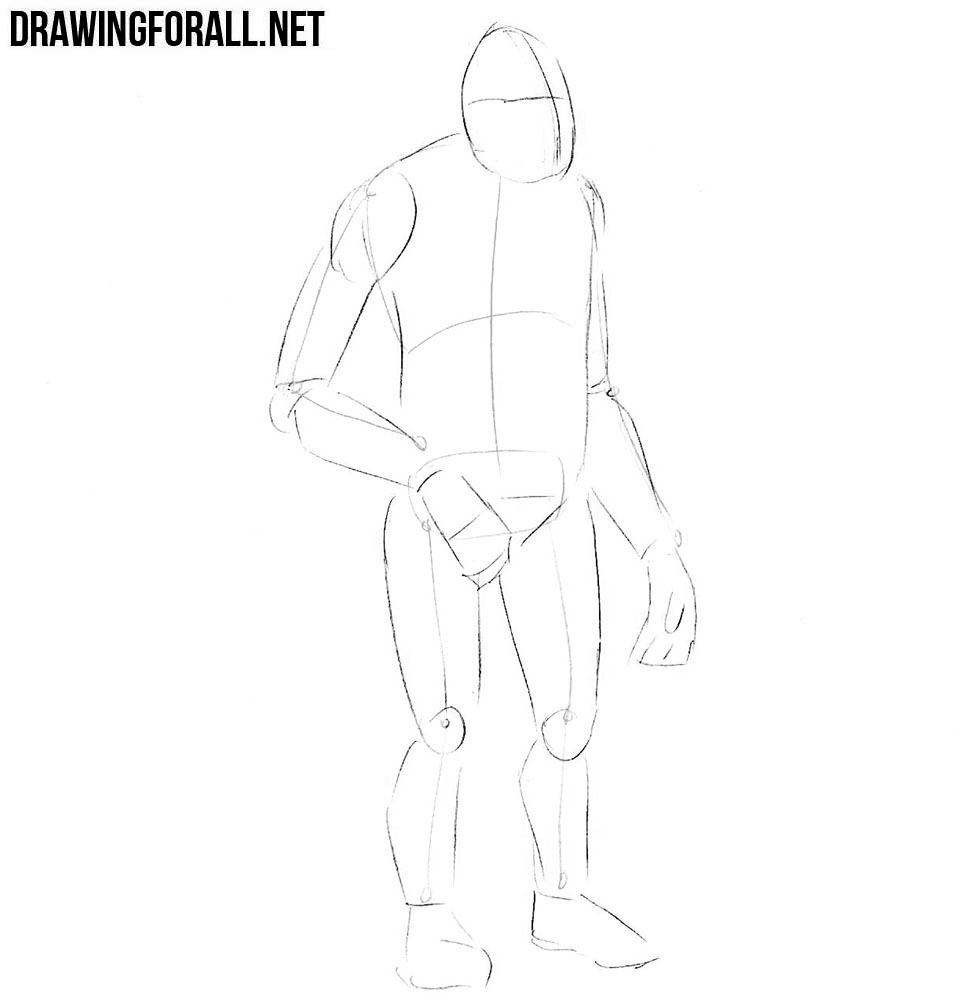 In the previous steps, we used very light lines, in order to simply erase them. Starting with this step, we will draw details using dark and clear lines. The first thing we do is draw the eyes with the help of the vertical line drawn by us in the previous step. Next, draw a short and wide nose and a large mouth. 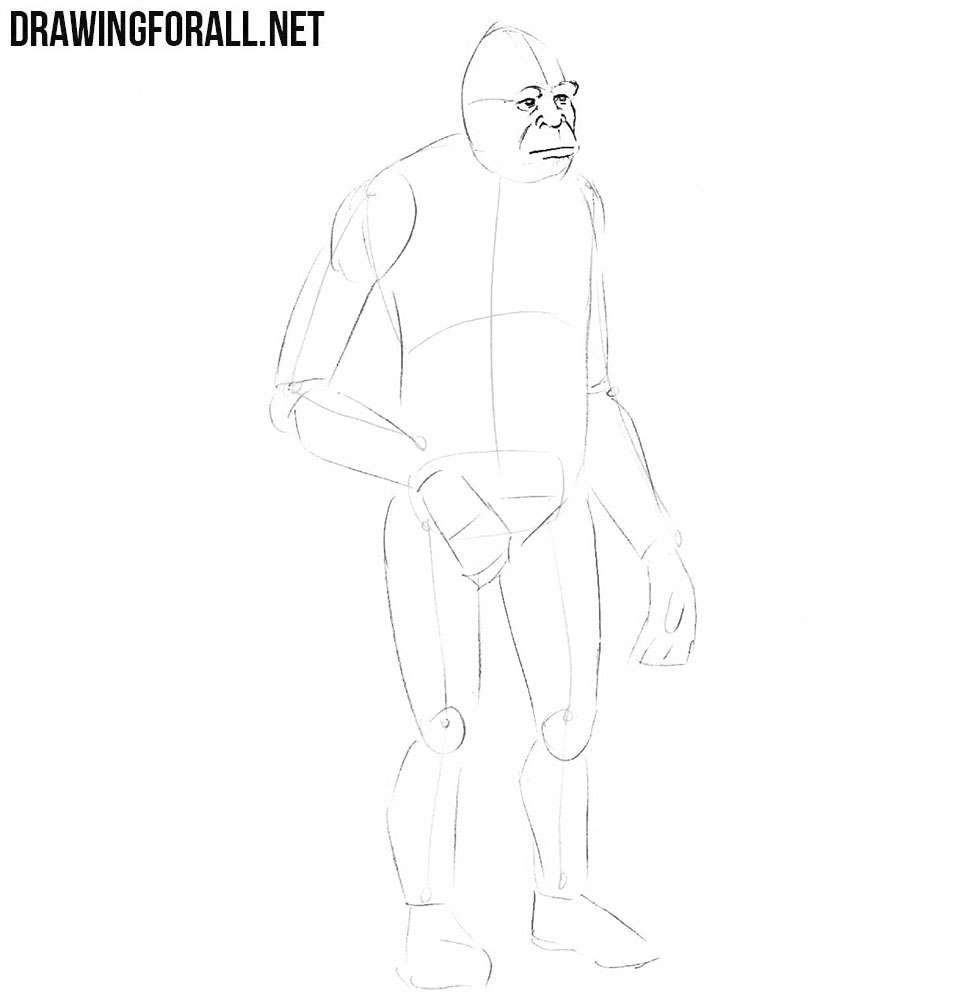 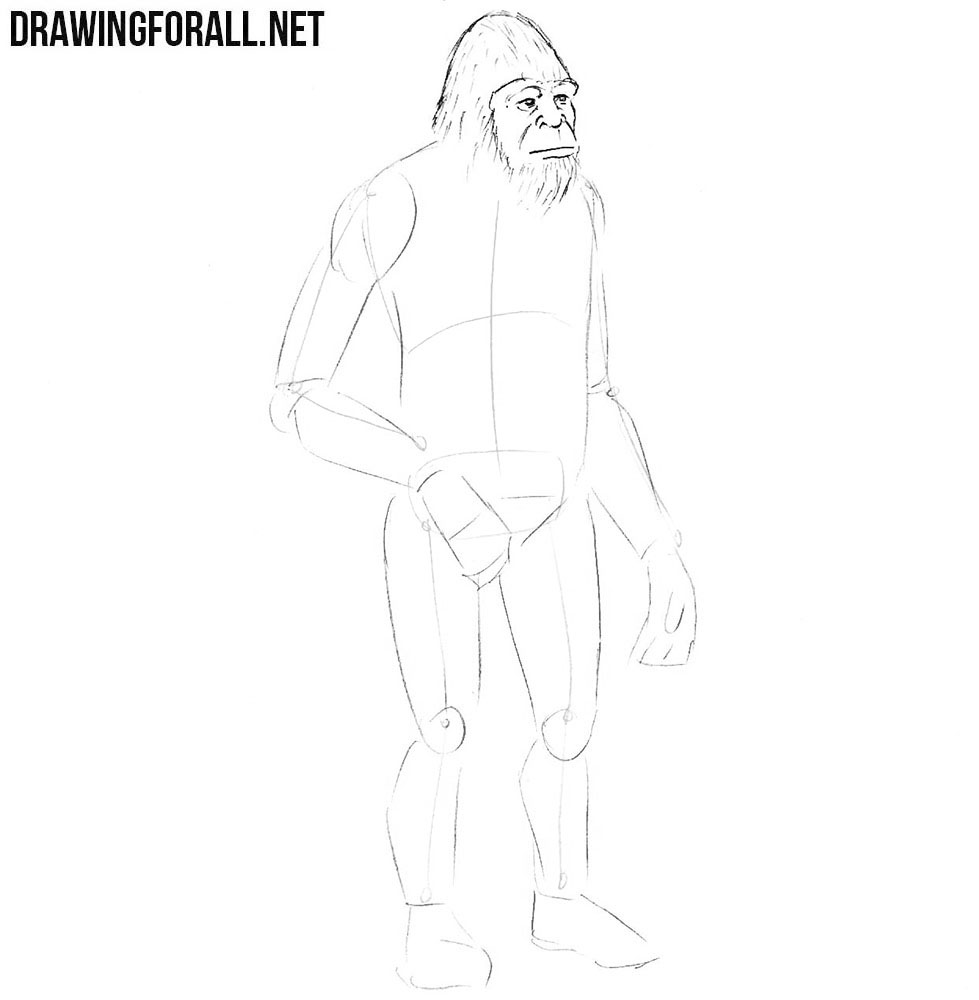 Now let’s move a little lower and work with the details of the torso. Using dark and clear lines, carefully draw out the shape of the torso. In order to draw a hair texture, use short lines as in our example. Do not forget to remove unnecessary guidelines from the torso. 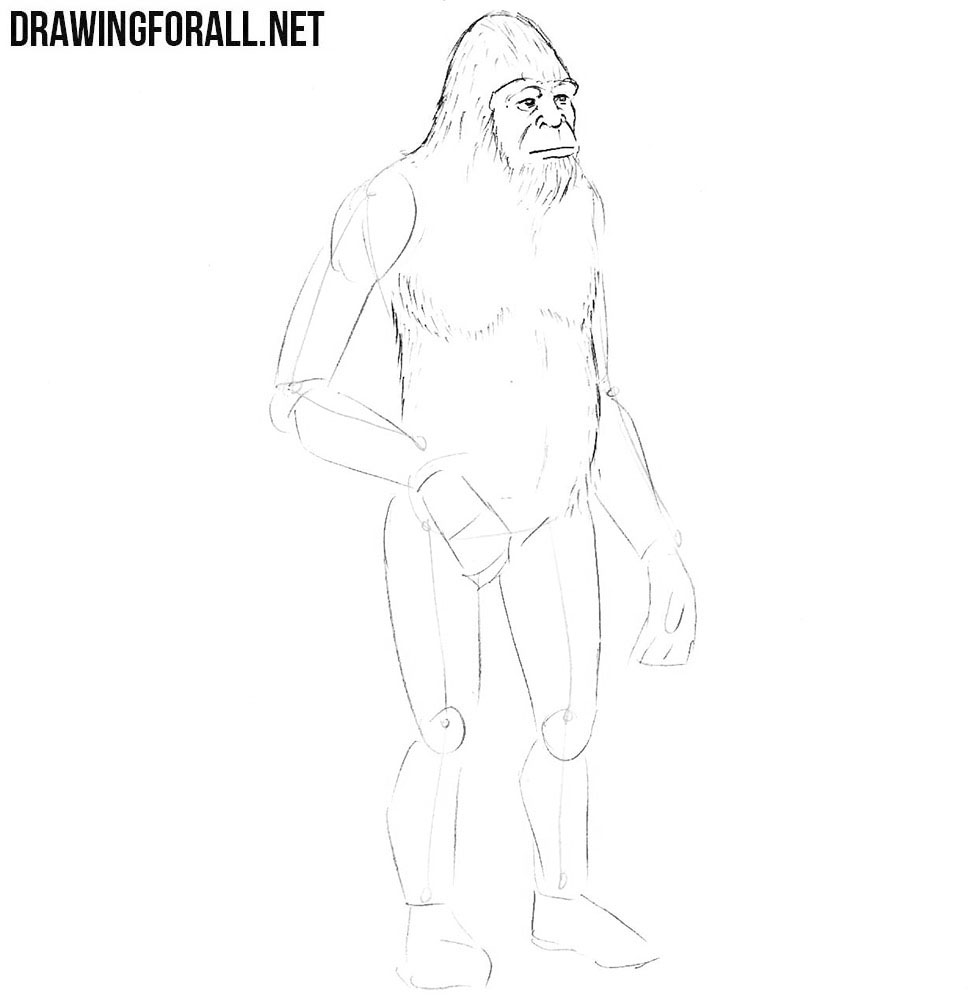 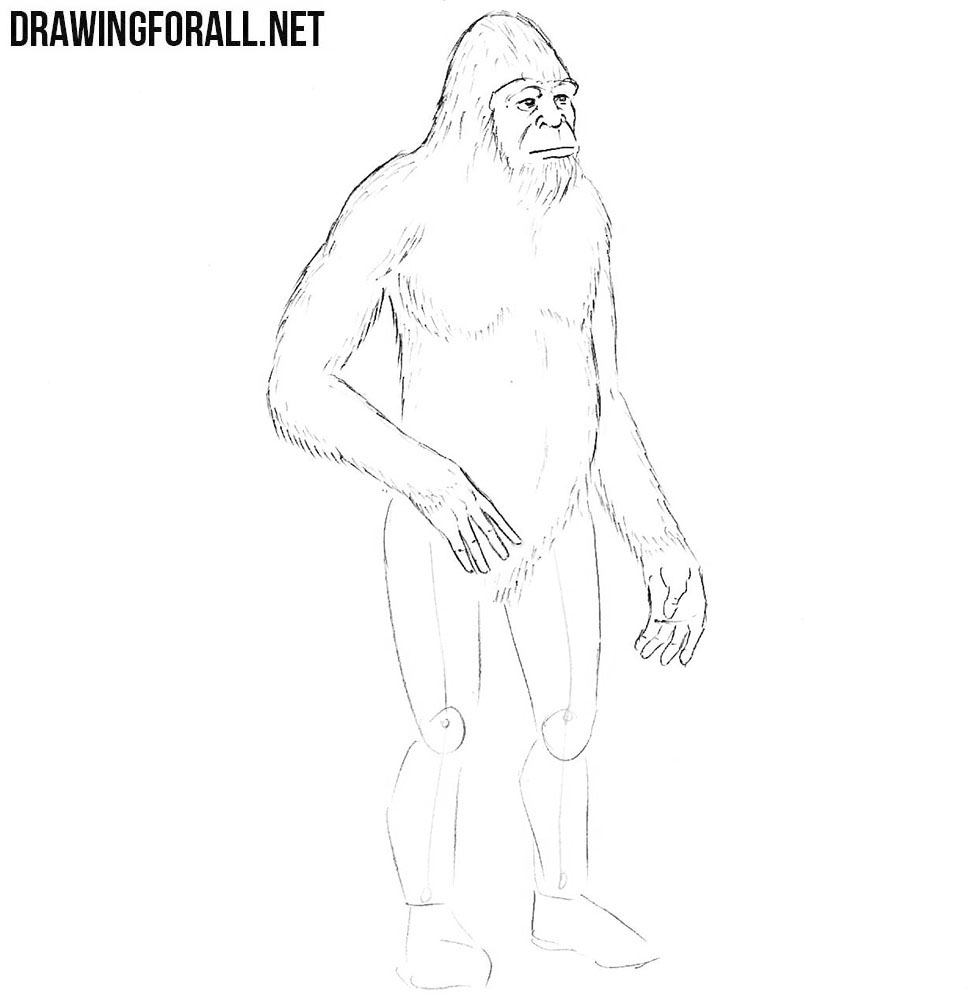