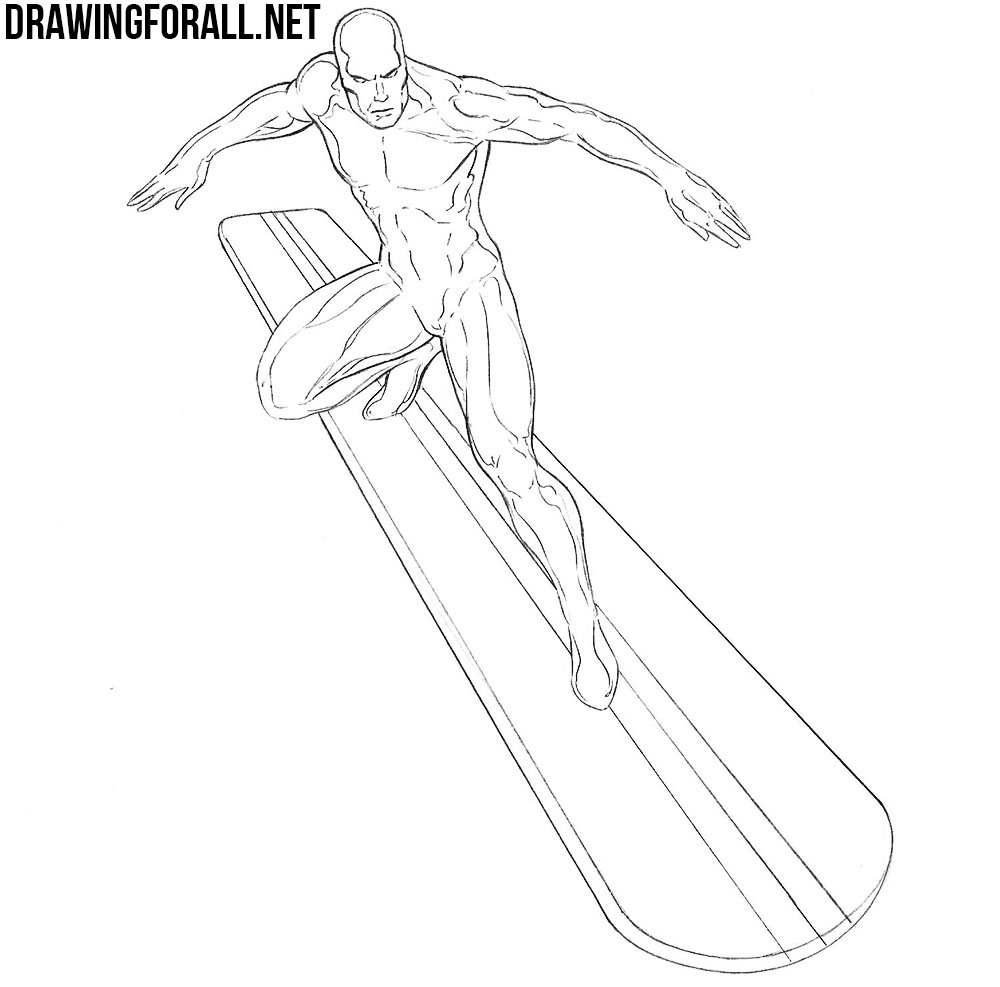 A drawing if man always begins with a skeleton. The skeleton consists of a head that is drawn in the form of an oval. Under the head draw a line of the spine, on which we draw the chest and pelvis. Using simple lines draw the arms and legs, not forgetting to sketch out the joints. 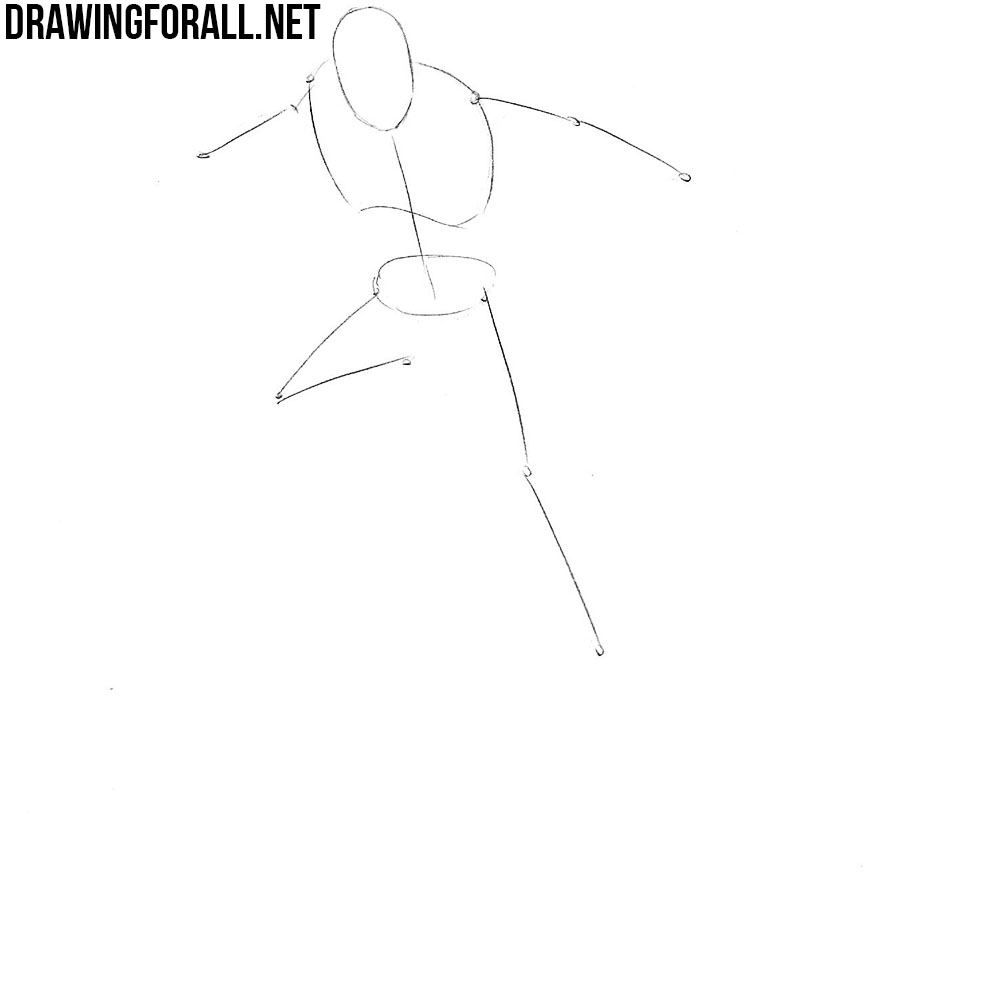 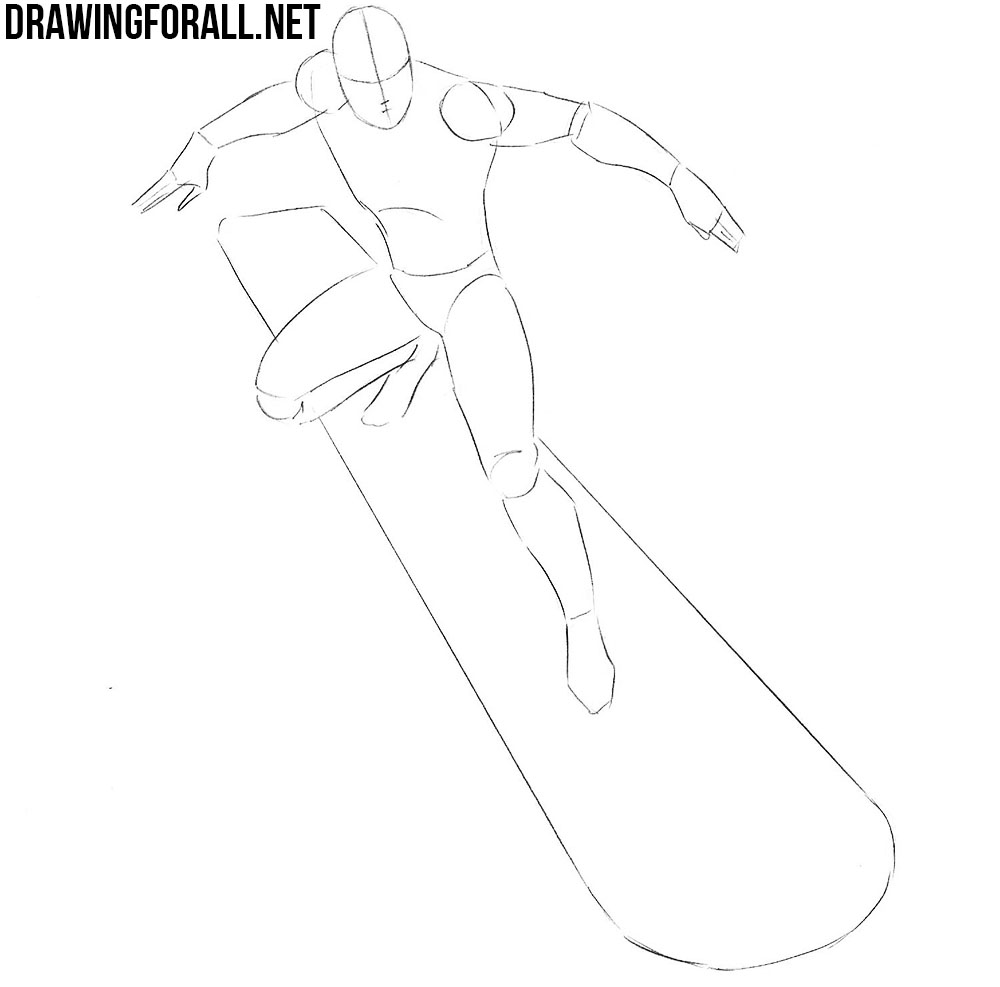 Let’s move on to the final details of our superhero. Here we will draw out the face. On the horizontal line draw the eyes, below the eyes draw the nose and mouth. 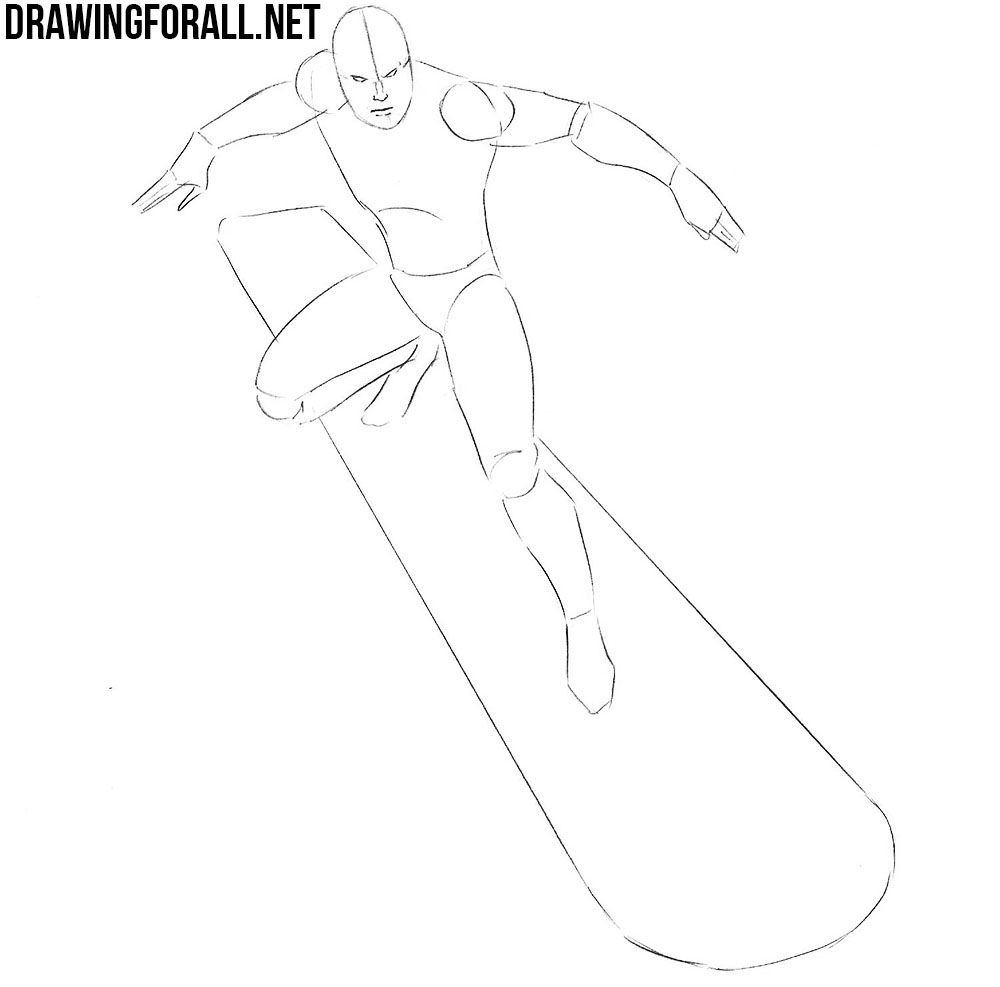 Here we finish drawing the head of our Silver Surfer. Draw out the outline of the head as shown in our example. Add the necessary wrinkles and lines on the face. 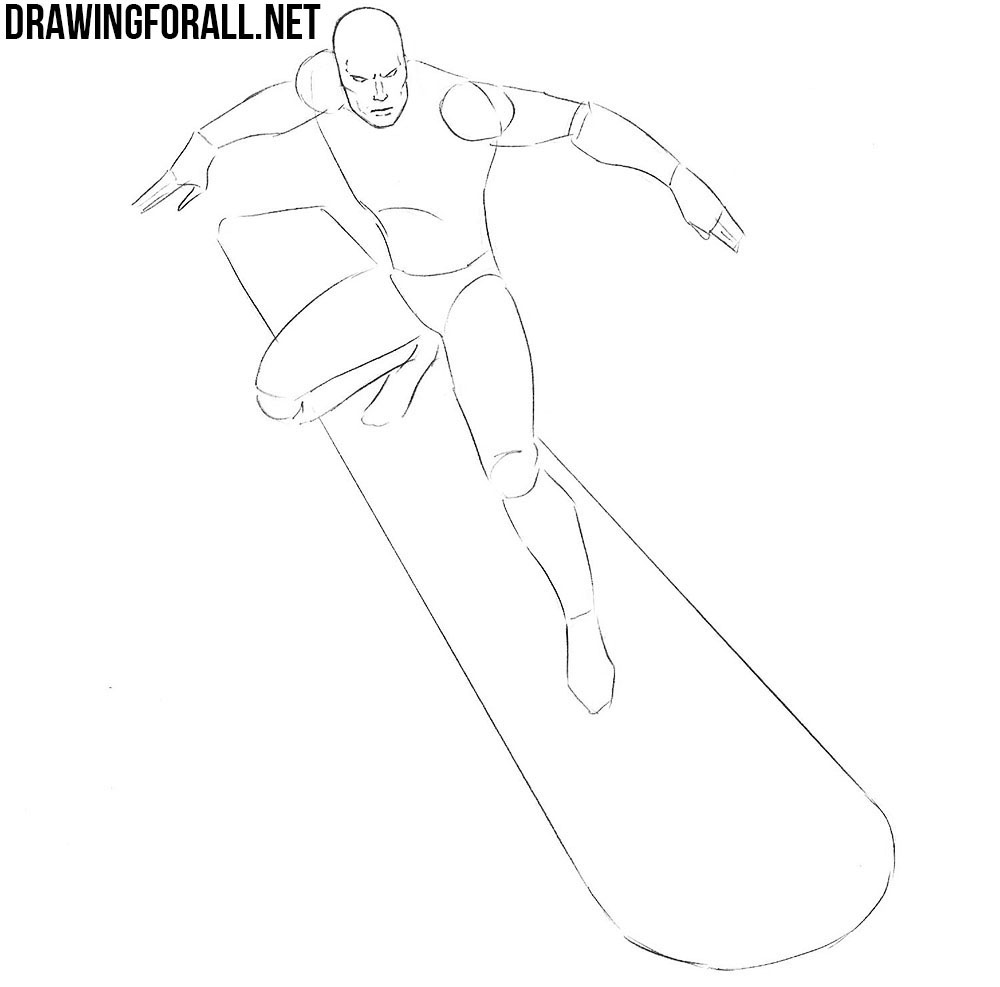 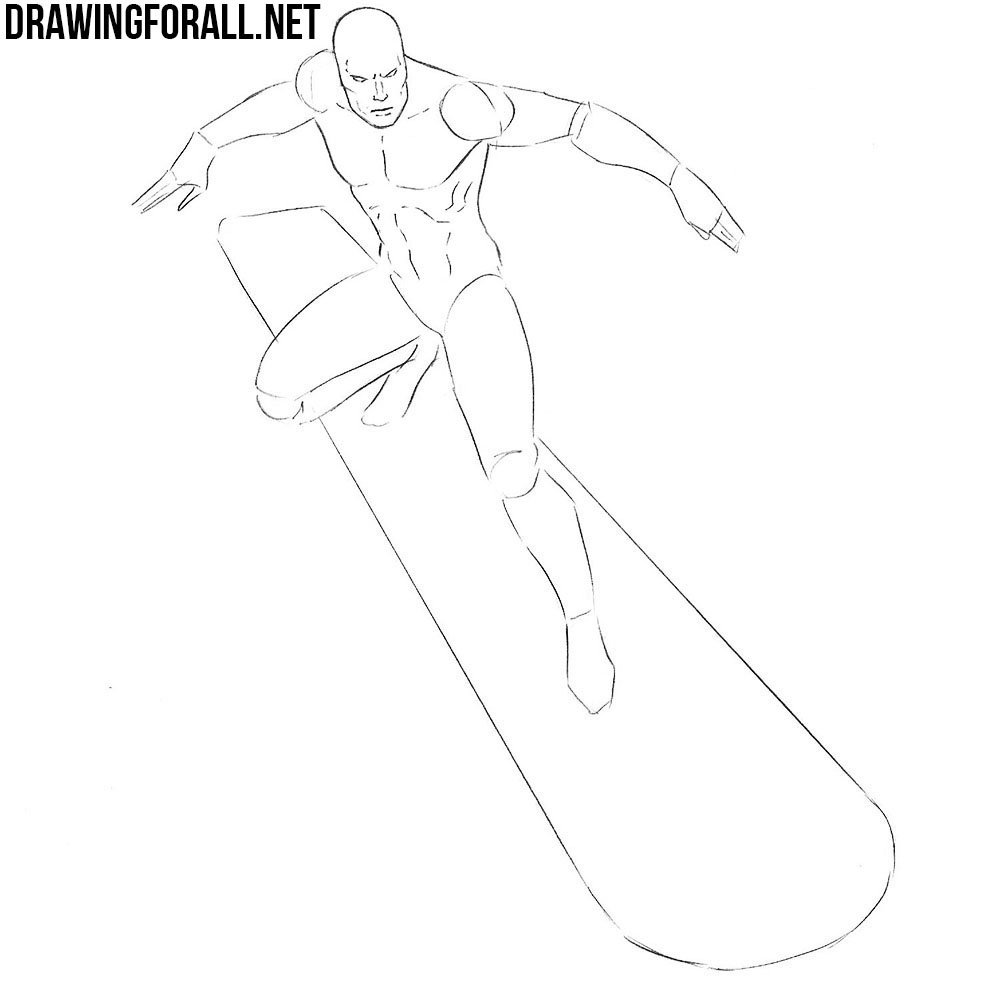 In the same way draw out the hands of our Silver Surfer, erasing all the extra lines. Draw lines of biceps, triceps and forearms. At the end of this step draw the hands (to learn more about this, visit the lesson on how to draw hands). 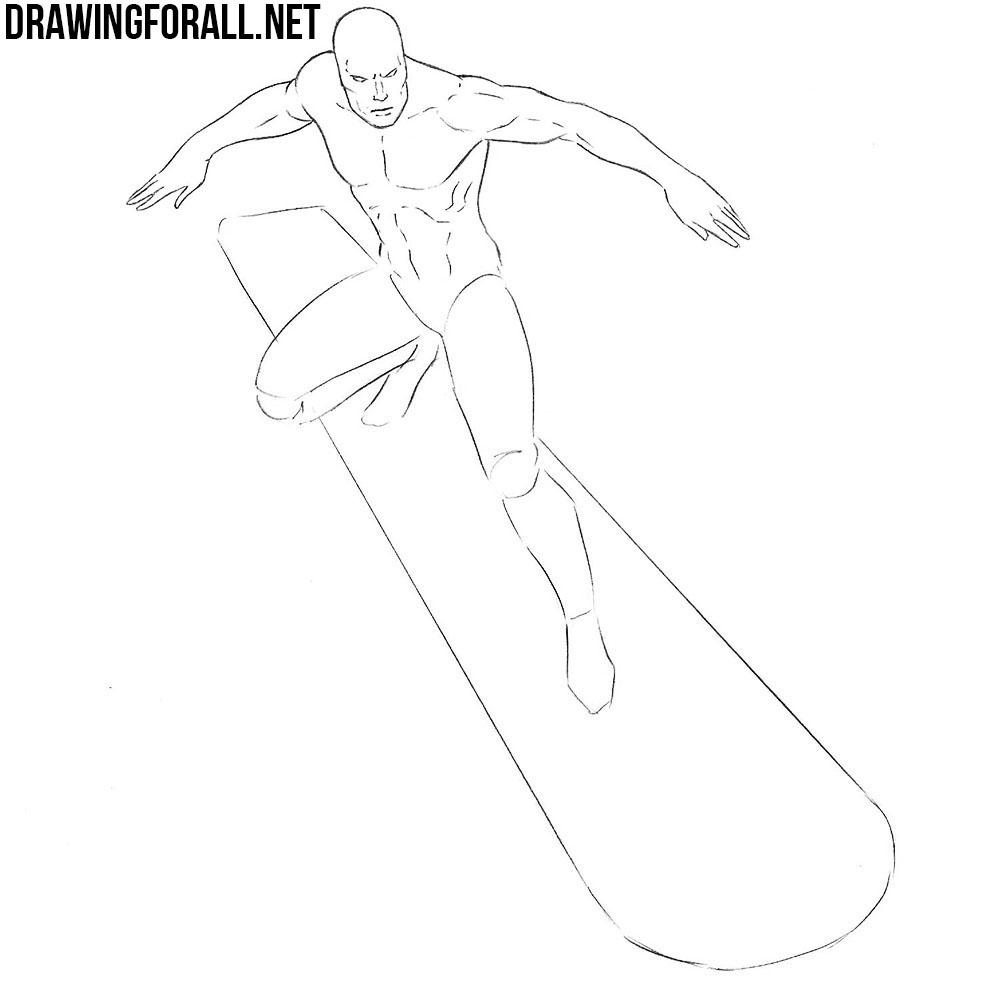 We almost finished the lesson on how to draw the Silver Surfer. Erasing all the extra lines from the first two steps draw out the legs and leg muscles as shown in our example. 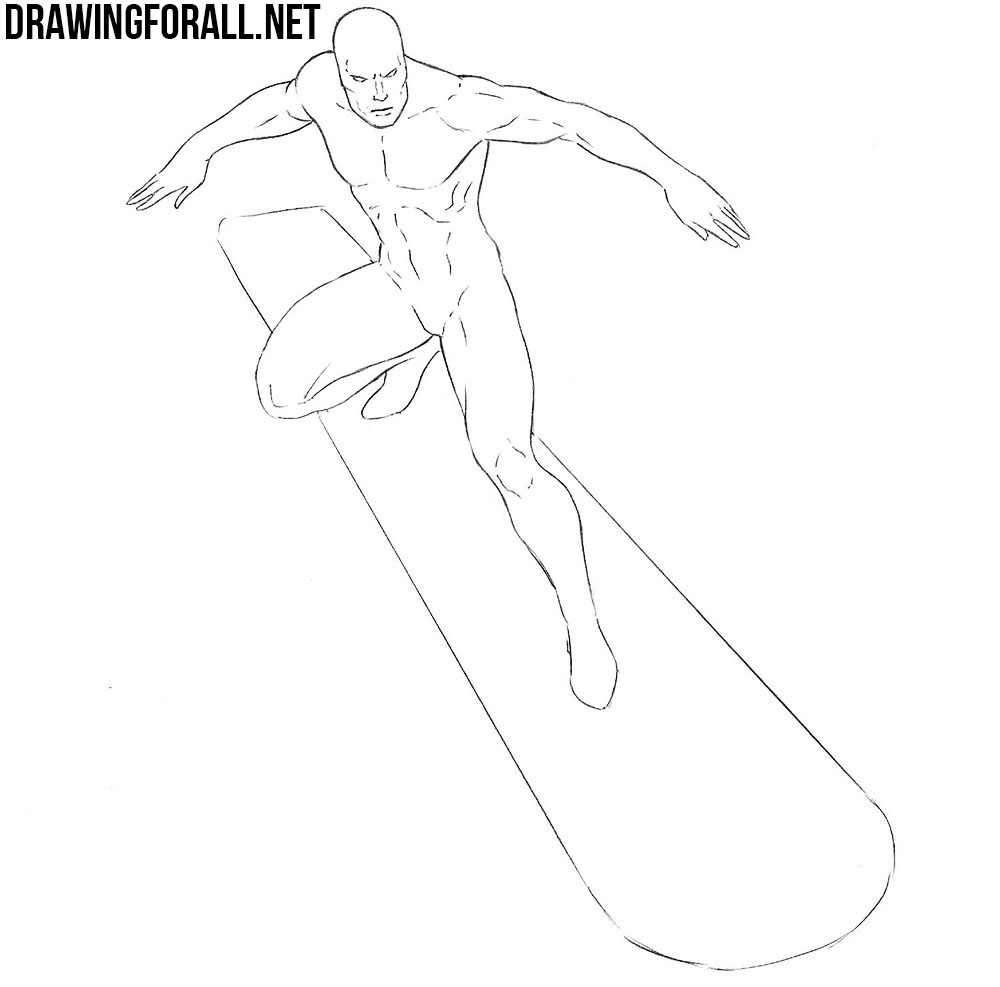 Probably the easiest step in this drawing lesson. Here we need only to draw out the long board using straight lines and longitudinal lines on the board. 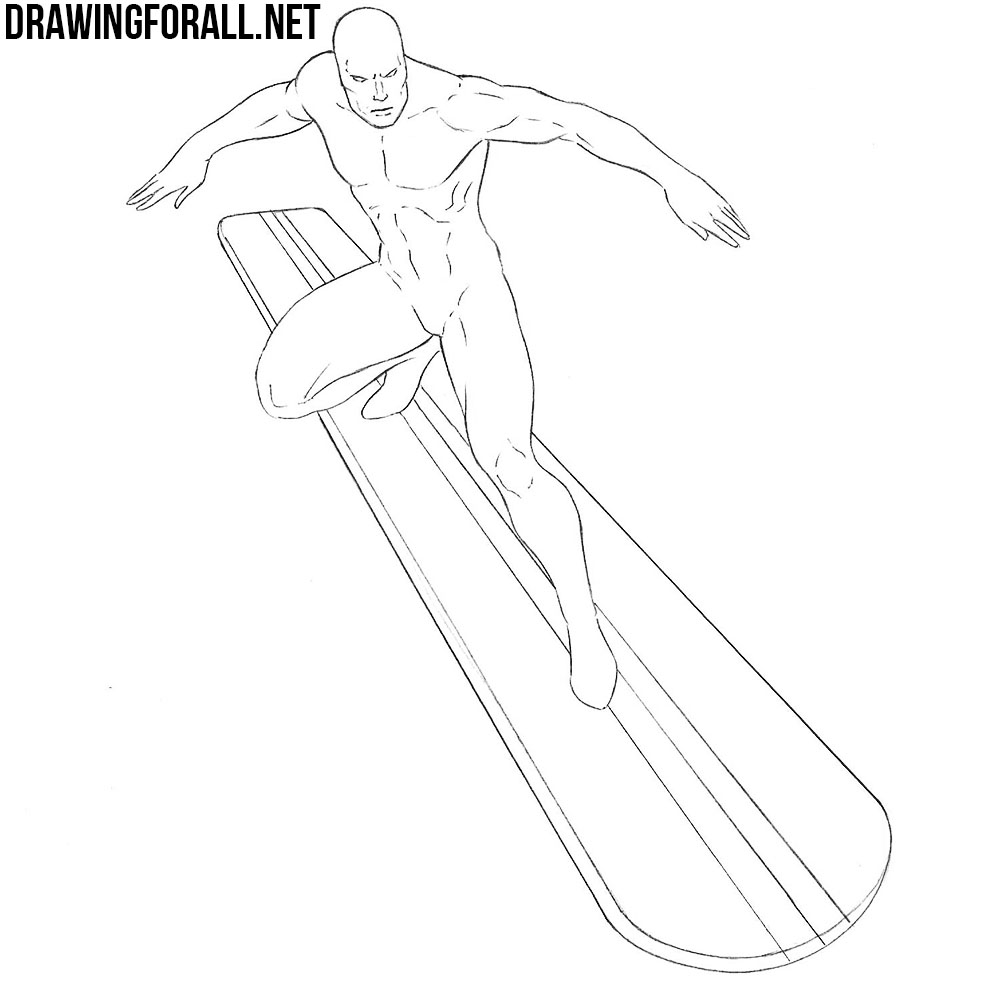 So we got to the last step in the drawing lesson on how to draw the Silver Surfer step by step. Using strongly curved lines add glare as shown in our example.

It was quite difficult, but we got a very cool drawing of the Silver Surfer. If you like everything, then do not forget to subscribe to us in social networks and share this drawing lesson.